Vancouver-based singer-songwriter, Adaline came to Toronto on Wednesday night to play two shows. The first, which I was lucky enough to catch, was to a small group of industry crows in the back room of the Cameron House. 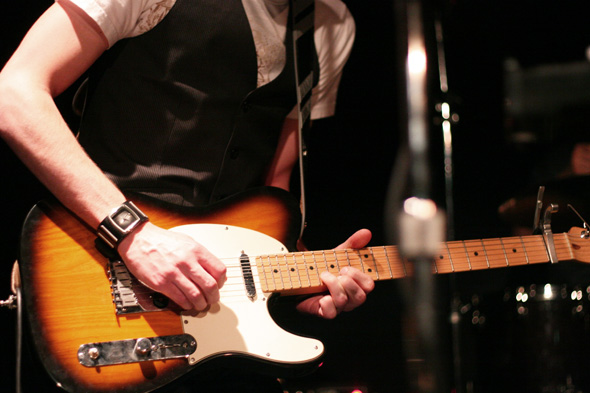 Adaline released her debut full-length, Famous For Fire, and had received many positive reviews. However, what has really sky-rocketed her MySpace plays and hits has been a chance encounter with Robert Pattinson (star of Twilight) at the 2009 Juno Awards - and then Twittering about it.

Honestly, I don't care about that. What I do care about, and why I went to check her out yesterday, is that she has a beautiful voice. I can best describe her music as jazz-pop. which is an awesome fusion for someone like me who can't appreciate jazz straight-up, but is willing to be moved by a soulful voice, and some brass accompaniment (there was definitely a trombone happening in a few songs), and a bit of excellent guitar work.

The set was just under an hour long, and between songs she talked to us about some friends in the audience; she asked us a few honest and sincere questions about Toronto ("why is my throat always dry in Toronto, compared to Vancouver? Is there a scientific term for that?"); and she gave us insight into which song was "not even on the record, but will definitely be on my next" and which song was her "dance song".

Overall, it was worth the trip to the Cameron House. 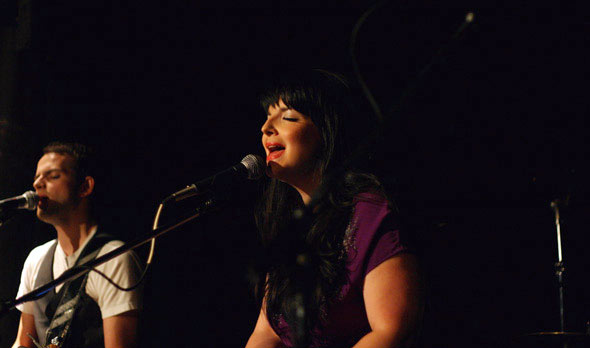