Univox and Thomas Deliver at Wavelength

I went to Sneaky Dee's last night, completely ignorant of what was being offered. I knew it was a Wavelength night but I had no idea who the bands were or what genre I'd be listening to. I didn't mind though, because these are some of my favourite situations; seeing a band live before hearing their recorded material. By the end of the showcase, I'd experienced a really interesting and unpredictable show...

Getting to the venue late isn't as cool as people make it out to be. I got to Dee's by nearly 11PM, which was way too late. I only managed to hear the final melodic tune by The Skeletones Four. What a shame, especially because I, along with the rest of the neatly crowded venue were really feeling what the Guelph pack were playing. Yeah, another band to add to my list of favourites from Guelph... seriously, what is in their water? It's a lesson learned - don't go to shows late, you miss the good stuff.

The stage cleared until there was absolutely nothing left except for an amplifier and a few mic stands on the ground level. I thought I was in for some crazy metal act that needed space to spazz all over the stage, but it was the complete opposite. Doc Pickles, one of the co-ordinators and host of the night announced that the communal choir ensemble Univox were up next.

I wasn't expecting this at all, and I was curious as to how the crowd would react. Would they respect their performance and keep quiet throughout the set? 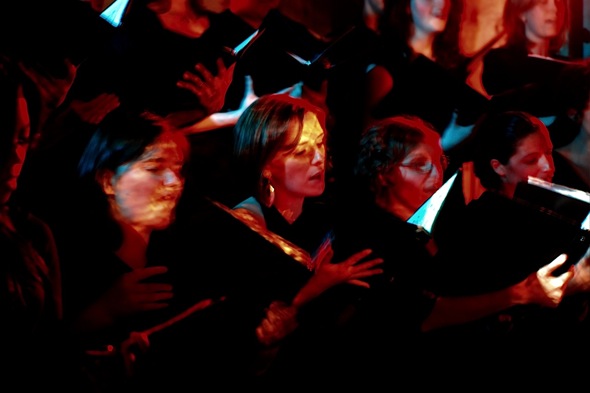 They did, surprisingly. After Doc Pickles finished his incomprehensible speech about horses, a group of about 25 people dressed in black took the stage, in a neat order. It was different from anything I've seen at a show, and it almost reminded me of one of those inspirational scenes you would see in a classic coming-of-age film.

The crowd was really into it, especially at the end of their set when the choir performed mainstream tunes. The highlight for me was when they sang Cyndi Lauper's Time After Time. They were well-rehearsed, and everyone seemed to be having a great time on stage. It amazes me to see what a group of voices can do. 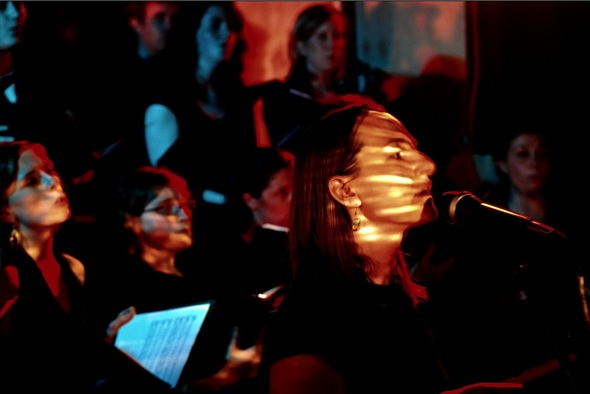 Finally, Doc Pickles came on the stage once again and announced the final act. "THOMAS THOMAS THOMAS" he yelled into the mic. A little overdone, but enough to get everyone to step up to the stage after the family/friends of Univox had fled the venue.

THOMAS began their set with a mellow song. Very complicated riffs, and eerie synth sounds - I wouldn't necessarily describe them as disco like their Myspace suggests, but they are without a doubt soulful. Their music style isn't one of my personal favourites, but their tight performance and charm was enough to keep me standing up front. This was my first Wavelength experience, and it was enough to make me interested in what they have to offer in upcoming bills. 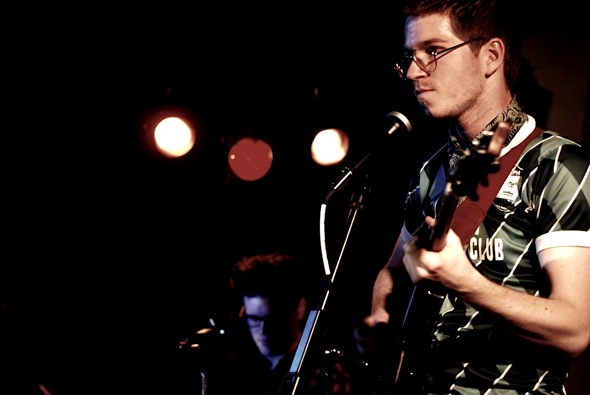