Mishka blew me away last night as the headliners of the Nufunk Concerts presentation during Canadian Music Fest.

Recently topping the Billboard reggae charts, Mishka is a talented four-piece that capped a night of good music for me. Coming on stage with a 12-string acoustic guitar and backed by a solid rhythm section and electric guitarist, I was quickly swept away by the sounds of some soulful roots-reggae. 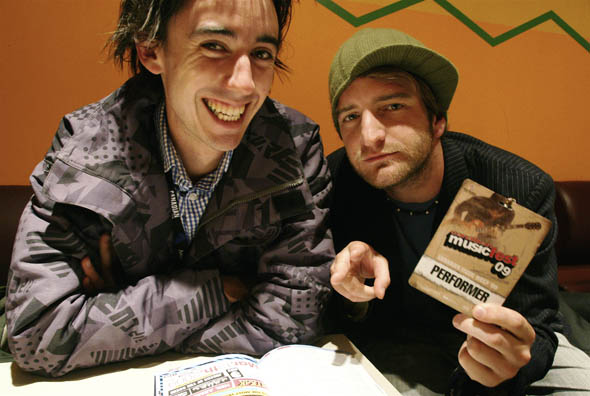 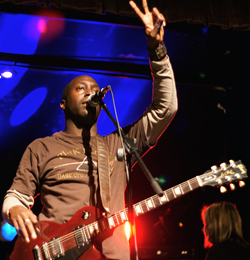 I had originally planned to catch Sloan across the street at The Mod Club, but they had already exceeded the capacity for allowed wristbands. At 8 p.m!

Just as well, as I wouldn't have met up with Munro and Julian (pictured above) of Casual Projects across the street at Revival early on in the night. We went out for a bite at my favourite local Burrito place down the street until it was showtime.

Casual Projects weren't in last night's lineup (they play tonight at The Cadillac Lounge at 10 p.m. and Neutral Lounge tomorrow at 11 p.m.) but they were there to see their fellow Australians, Blue King Brown, notably Carlos Santana's current favourite band.

First on the bill was 12 (pictured right) which got the place moving with their calypso beats.

Blue King Brown ended up with van trouble in Montreal and had to miss the gig, but there was plenty more good music on the way. 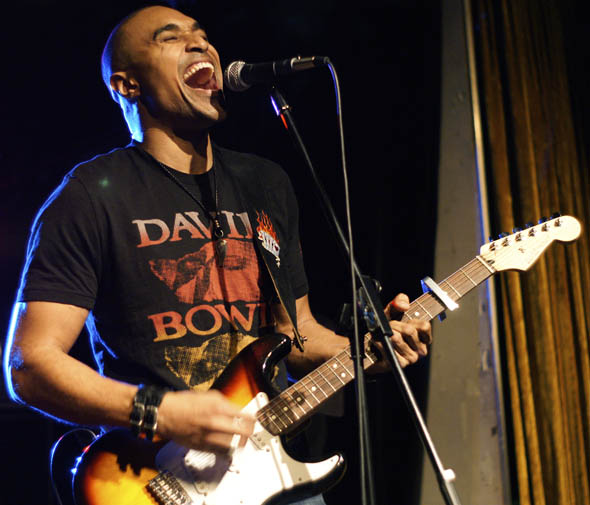 Next up was Toronto's own Sean Jones, whose powerful, soulful voice and energetic stage presence cranked up the energy a notch. 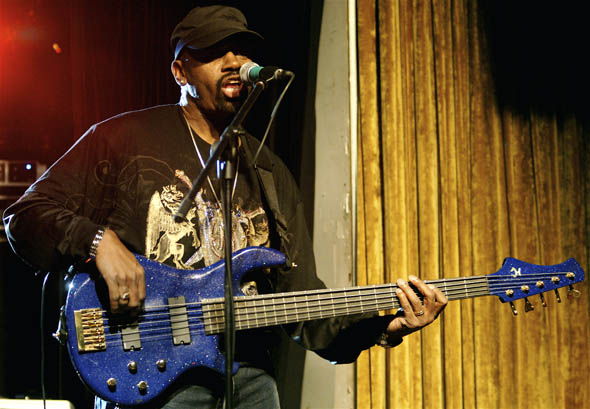 Jones' funky bassist was fun to watch, with his sparkly shirt to match. 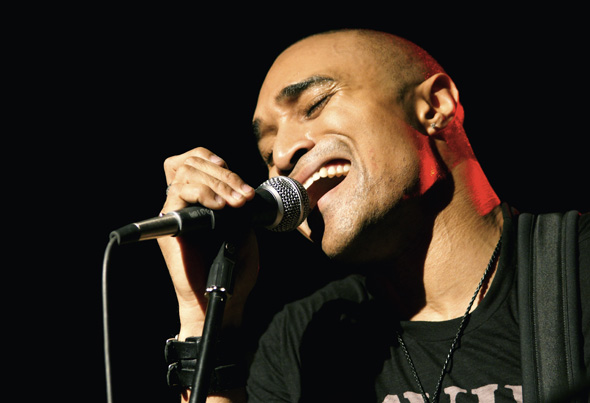 Jones at times reminded me of Terence Trent D'Arby with his smooth upper range. Fans of Lenny Kravitz or Prince might like this guy too. 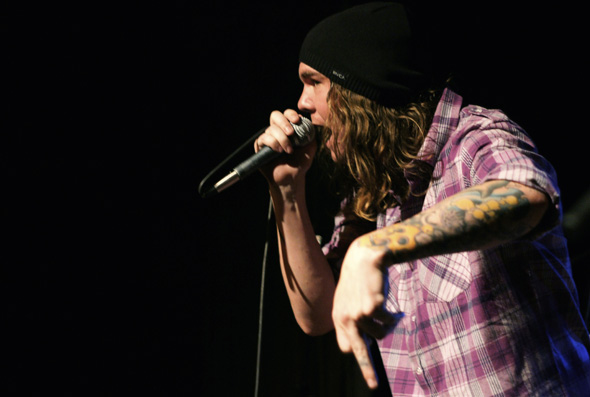 Changing the pace a bit was Orange County, California's The Dirty Heads. Part reggae, part funk, these boys shook up the crowd a bit with their west coast feel-good roots. 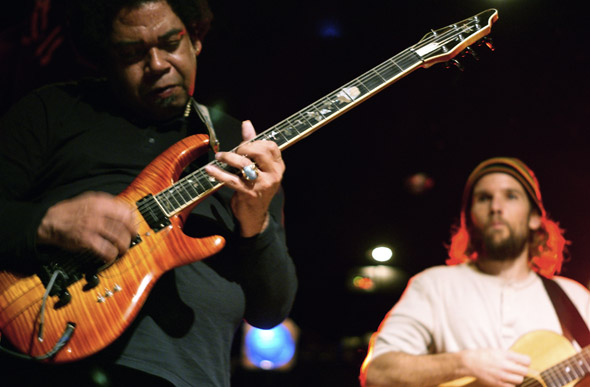 Towards the end of their set, Mishka's guitarist let loose on a killer solo. If you're into reggae or funk, you ought not to miss this band next time they're in Toronto.

Mishka brought his brand of soulful roots-reggae across Canada last October as part of the Exclaim! Fall Concert Series with Canadian headliner Bedouin Soundclash. Mishka will be touring again this July across Canada.