The party included Canadian Playboy models, members of MTV's Laguna Beach and cast members of Degrassi: The Next Generation, along with musical acts such as Anna Cyzon, Mary Rose Obsession and God Made Me Funky.

The Playboy models pretty much just sat behind a table, trying to hawk Playboy magazines for $25 all night. Yawn. Except for the one time they got up on stage with Taylor for an introduction, which got hecklers yelling "too much clothes!"

The music more than made up for it though, with God Made Me Funky (pictured below) really getting the crowd going with their brand of Nu Funk once the evening got going. 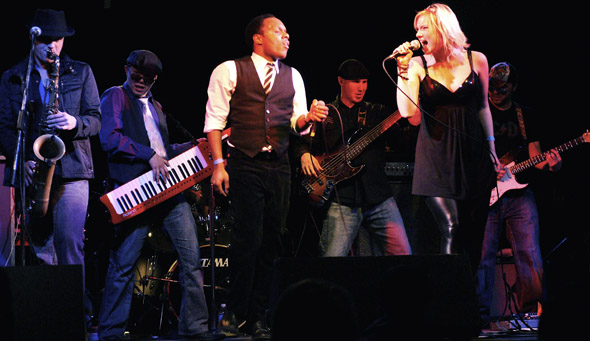 Anna Cyzon's set was pretty rockin' too, with lots of rockstar poses by guitarist Mike Schlosser in a journey t-shirt. 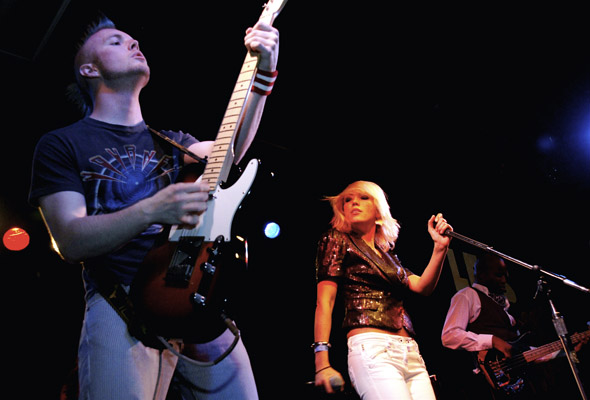 A persuasive Thea Barber from Sparkulz got attendees to get temporary tattoos that sparkled. 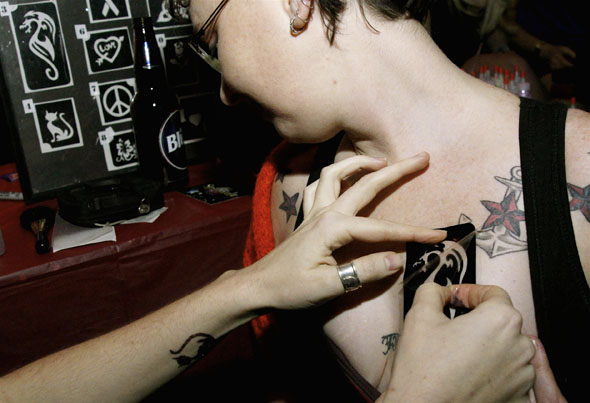 (From left) Michelle Price, 23, Nir Spivak, 21 and Rebecca Marman, 21, were all too eager to show off their Sparkulz tattoos on their navels and nipples (below). 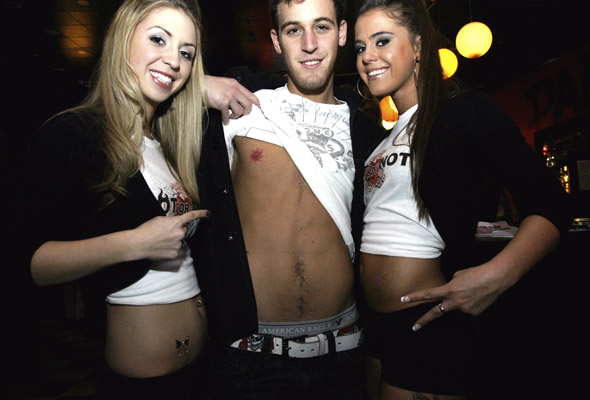 With the $25 admission ticket, everyone had the chance to win a Gibson electric guitar. It took about four tries for someone to claim the prize, but it went to a guitarist in the end. Why people didn't stick around for this raffle is beyond me. 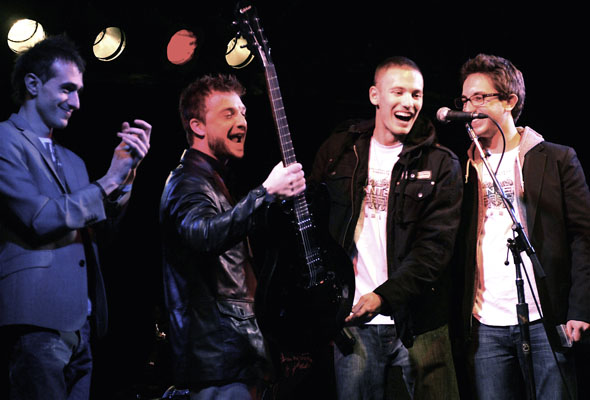 More photos of the band, babes and wannabe stars below in a mini photo slideshow: