K'naan Takes us to a New Realm

When I was waiting outside the Mod Club to see Canadian hip-hop sensation, K'naan, I was being a big baby. There was no guest list line, so my secretary and I were standing in the biggest line since Top Gun first opened at Canada's Wonderland. My toes were numb, my ears were cold, and I had to pee. Naturally, I was vocalizing my complaints until the guy ahead of me assured me that everything would work out just fine. "Man, K'naan is going to take you to church," he said.

Now, I am a big fan of K'naan, but I have never seen him live. I have enjoyed his last couple albums and I am extremely pumped for the release of his newest disc, Troubadour. Still, I found this gentleman's reassurance hard to believe. 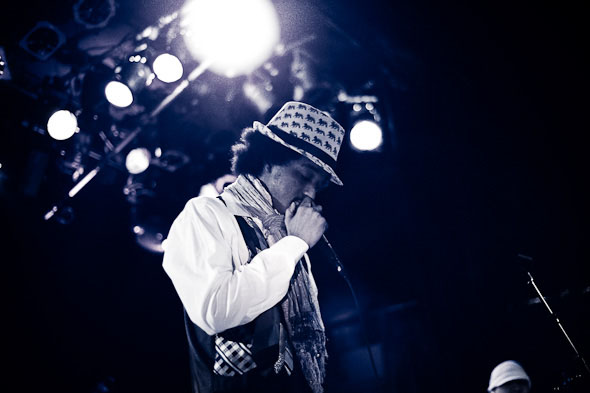 My experience with church ends at weddings and funerals, and I've found neither experience to be particularly enjoyable. But seeing K'naan live is like partaking in a whole new religious realm.

The Mod Club was packed, but it just made it even better. Standing on a raised floor near the back, it was incredible to see so many fists pumping and heads bobbing.

The man has so much energy. Listening to his set was like being on roller coaster. Maybe I was in line for Top Gun after all... Nahhh. This was way more intense.

The additional percussion was awesome, and ensured that there was always a beat going, but I don't want to make the show sound like it was all power and no soft touch. K'naan brought it down real soft and slow, and we did a few sing-a-longs. I love sing-a-longs.

It really bothers me when people rant and rave about musicians and how great they are, but in terms of Canadian hip hop, K'naan is world class and brings something to the genre which is definitely lacking in this country and perhaps even North America.

Never pass up a chance to see him live. Ever. 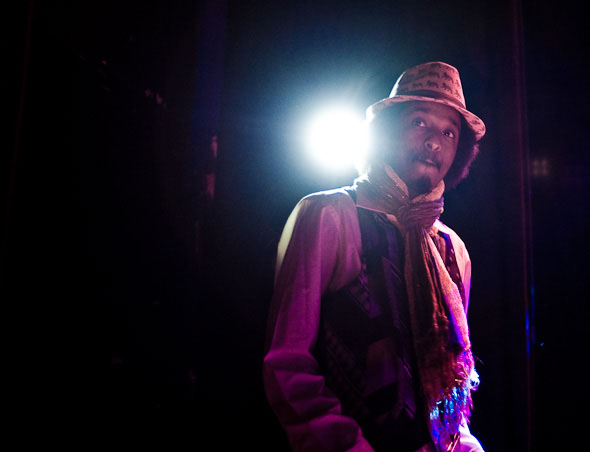