Fritz Helder and the Phantoms at CiRCA

I don't know much about Toronto's electronic scene, but one act I can't get enough of is Fritz Helder and the Phantoms. Their act, definitively speaking, isn't new to me. Each show consists of roughly the same set list. Diego and Pastel's choreography hasn't changed. Fritz still wears heels. Silk is still without a shirt. And Fierce is always fiercely present in the background. 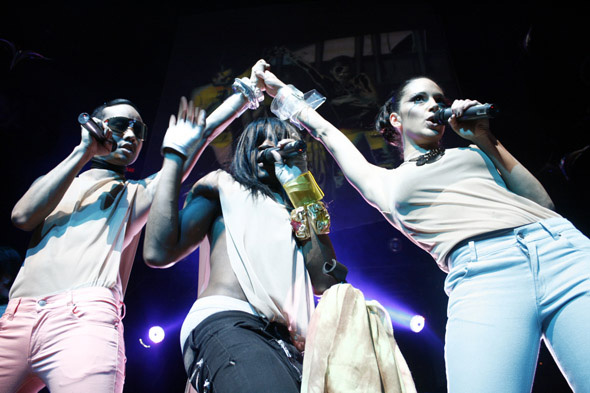 However, I plan on attending as many House of Helder nights as possible in 2009, and the years after.

I even spent two hours on the CiRCA dancefloor, among too much hair gel and not enough fabric, waiting for the band to hit the stage (I should know by now: to arrive on time is to arrive at least an hour too early!). When the DJ finally stepped down at around midnight or so, I instantly regretted not having seen the band since summer 2008. Four of the five Phantoms sauntered downstage in Fritzed up business attire, the boys with black fabric covering their necks and mouths. Costumes and makeup are always a big part of the Helder show, and the effect is amazing. 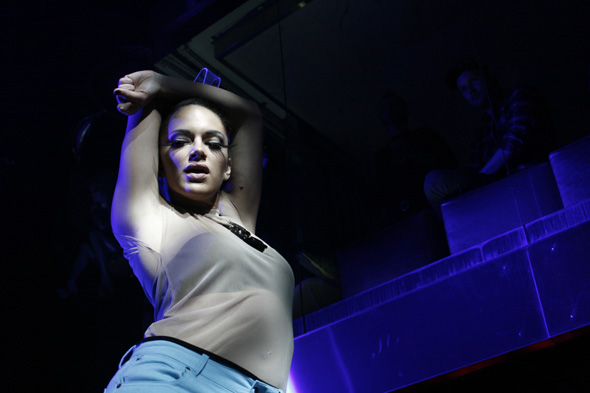 After a quick change on the side of the stage, and the appearance of Fritz's much-loved wig, the concert continued. Diego Superstar schooled us in fabulosity with his "You Ain't Vogue", and the necessary "Making A Scene" had everybody dancing. A new song entitled "All Night Long (In My Louis Vuitton)", with a great chorus by Pastel, was added to the mix. According to Diego, the song is "about girls who feel fierce empowerment in wearing Vuitton". My only disappointment was that the show ended far too soon.

They packed it in after maybe five or six songs, without a couple of my favourites, but it's all the more reason to catch Fritz Helder and the Phantoms next time! 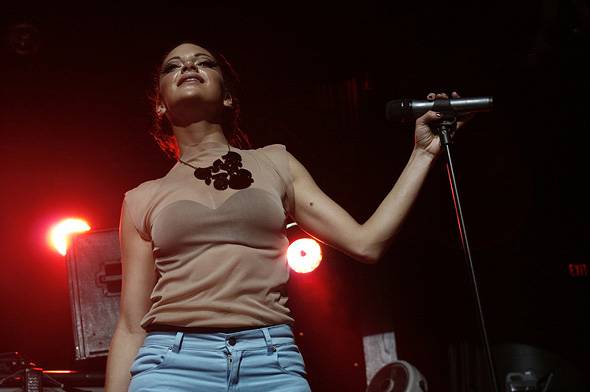 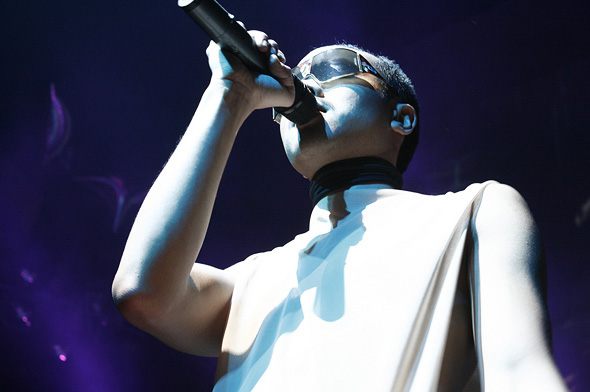 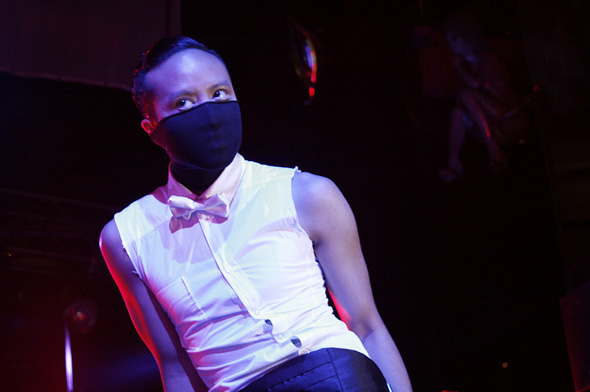 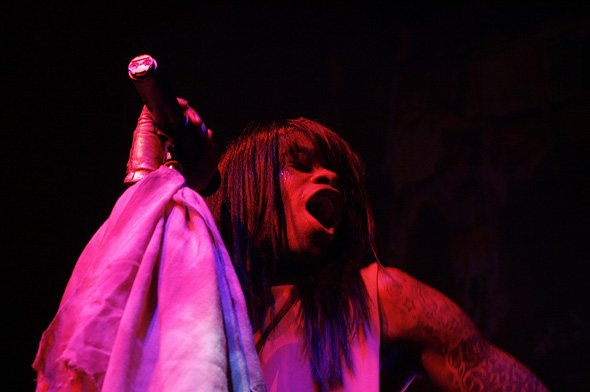