Boozin' it up with The United Steel Workers of Montreal

The kings (and queen) of the Montreal indie scene, The United Steel Workers of Montreal, played a raucous show at the Steam Whistle Roundhouse this past Friday night as part of the Unsigned Indie Music Series. There was beer. There was rowdiness. There was a big sweaty guy playing a teeny tiny guitar and making faces that would scare the bejesus out of my mom. 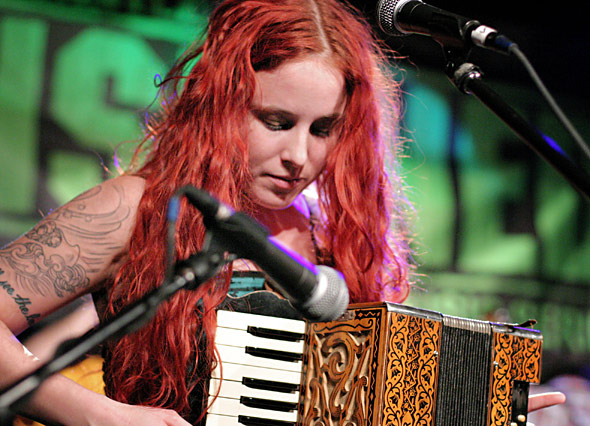 Musically, they could be described as alt-country, urban hillbilly rock. Gern f. is the lead vocalist who pulls the crazy faces. Eddy Blake rocks the double bass without any regard to personal safety, and Felicity Hamer adds an accordion and gritty but sweet vocals. Gus Beauchamp and Matt Watson play dirty on the guitar, and Chris Reid keeps everything up-tempo on the banjo. (Every time a band busts out a banjo, I'm sold.)

USWM plays again in Toronto at the 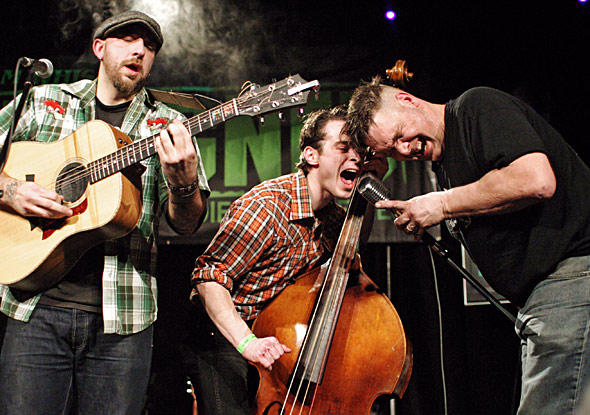 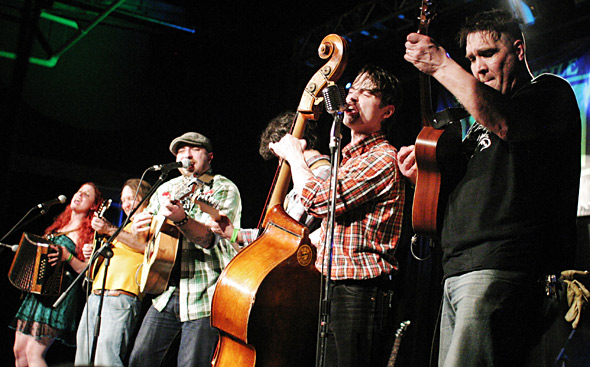 on March 7th. Three on the Tree, their newest album, pops out on Feb. 3rd. Get it. Don't shower for three days and throw a big party with booze in triple X jugs. Buy tickets to their next show and get your boots and hip flask ready. They're gonna wear you out.