The Saint James is a newly opened boutique hotel located a few steps from Yonge and Gerrard. Anything but ostentatious from the outside, the hotel is actually a hidden gem as far as central, tourist-focused accommodations go. The rooms are spacious and well-designed, and the staff are attentive without being pushy.

Formerly the home of Ronald McDonald House, the hotel is positioned as an alternative to the bigger options in the area like the nearby Eaton Chelsea. With around 20 rooms up and running (one of the floors awaits renovation), the place feels intimate and not particularly corporate, even though its under the umbrella of the Sterling Hotels, which owns multiple properties in North America. 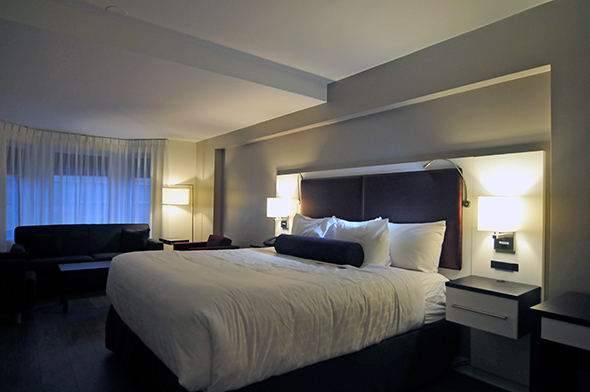 To a great degree, the Saint James is a one of kind for Toronto. While we have plenty of boutique hotels. I'm not aware of any that are as centrally located and budget-friendly as this one. Rates during the winter have hovered around $140 a night, which is considerably lower than you might expect given how nice the rooms are. 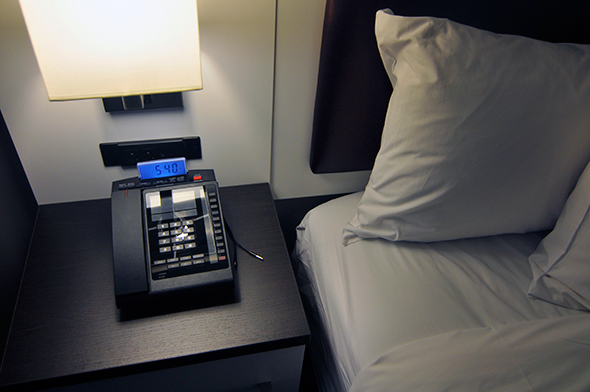 You do need to be a fan of contemporary design to like the aesthetic sensibility on display here. Cozy isn't a word that comes to mind, even if the historical photos of Toronto on the walls do offer a bit of added warmth. From the hardwood flooring to the white walls and bedding, the idea here is to standout for being modern and minimalist in the decor department. Little touches like well-placed electrical outlets for charging your phone overnight fit within this mantra. 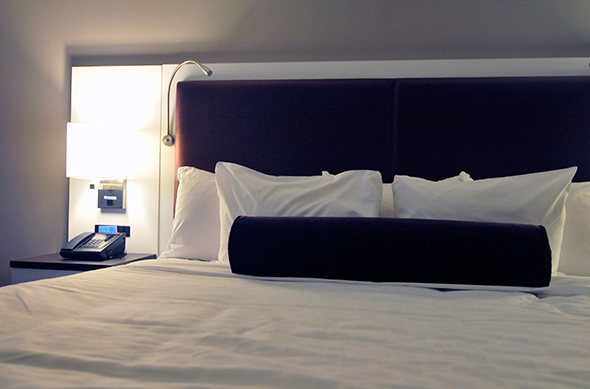 I was particularly impressed with two things about my room. The bed was one of the more comfortable ones that I've slept in, and the rain shower in the bathroom made the start of my workday a bit more bearable as I was getting ready in the morning. The complimentary Neutrogena products were also a nice touch, as was the little snack bag I was presented with upon arrival (potato chips, bottled water, an apple, and a granola bar). 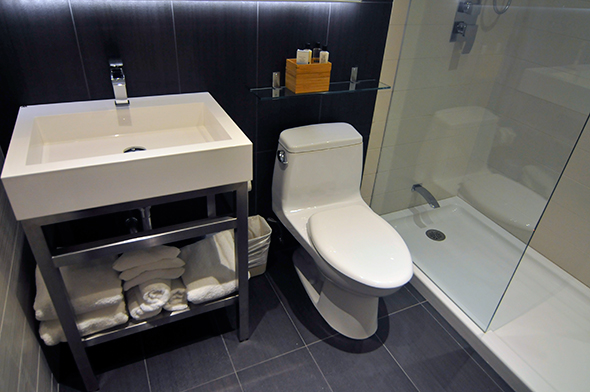 I don't have much to offer in the complaint department. One mildly strange thing that drew my attention during the first few hours of my stay was a periodic sound that sounded vaguely like a dog barking. This wouldn't have been so strange given that the hotel is notably pet-friendly, but it was so irregular and faint that it was hard to pin down. As I eventually figured out, it was the elevator doors opening that was the culprit. 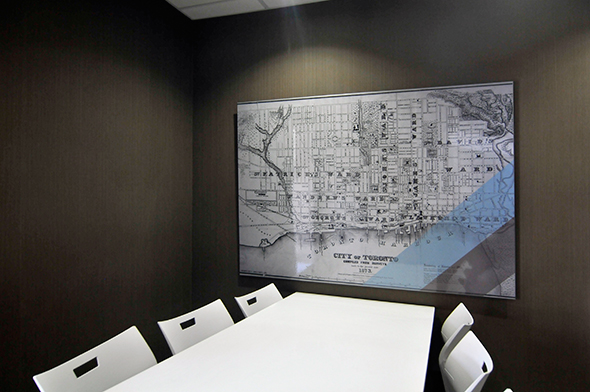 It'd be nitpicking to characterize this as a problem. It piqued my curiosity more than it annoyed me. Overall the hotel was very quiet through the duration of my stay. That allowed me to capitalize on the free WiFi and get a good amount of work done (I'm lame, I know). The standard cable package on the television allowed for a little distraction in the form of A Time to Kill (I love watching crappy movies in motel and hotel rooms). 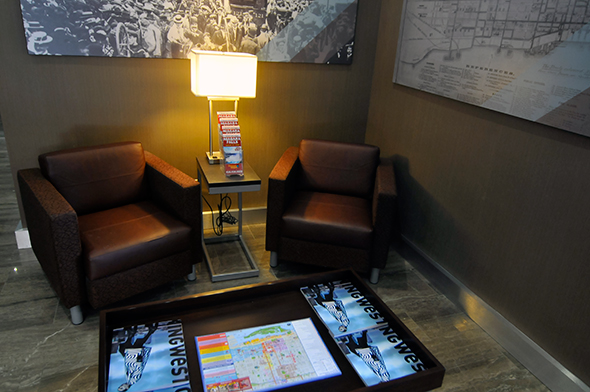 Those staying longer than me might want to take advantage of the peripheral benefits the hotel offers. Fitness facilities are provided at Hard Candy , which is about a one minute walk away, and spa services can be had at Elmwood , which is about a three or four minutes away. Parking, if necessary, is a very reasonable $12.75 at an underground lot just a few buildings east on Gerrard.

This isn't a luxury hotel, but you'd be hard-pressed to do better for under $150 in Toronto. The prices will surely bump up a bit in the summer, but this will remain a value-driven hotel, particularly in the expensive Toronto market. It might not be a hidden gem for too long.