Best Western Premier Toronto Airport Carlingview Hotel is currently open but their offerings and services may be affected due to the pandemic. Please contact the business directly for more information about any changes. Is this your business? Please contact us if you would like to update this message.

Best Western Premier Toronto Airport Carlingview Hotel is located a mere few hundred feet directly below one of Pearson Airport's active runways. It's surrounded by all things airport-centric - like parking lots, chain restaurants, strip joints, and countless competing hotels. It's definitely not a hotel for luxury-seekers, but it's a decent, clean, reasonably-priced place for the weary traveler to get some cozy shuteye. Not much in the way of indulgence and pampering are found here, but you will find the basics are covered off in value-hotel fashion. 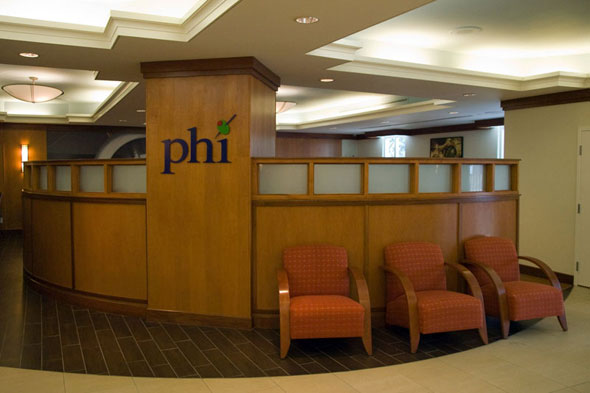 The hotel hasn't been open for all that long, but it's certainly not a new building. Wandering through the hotel, it becomes pretty obvious that it was previously another hotel that was bought up and retrofitted in the Indigo image, often relying on the airport and airplane theme. Playful haiku poems can be found written on the stationary and elsewhere (like on the shuttle van). 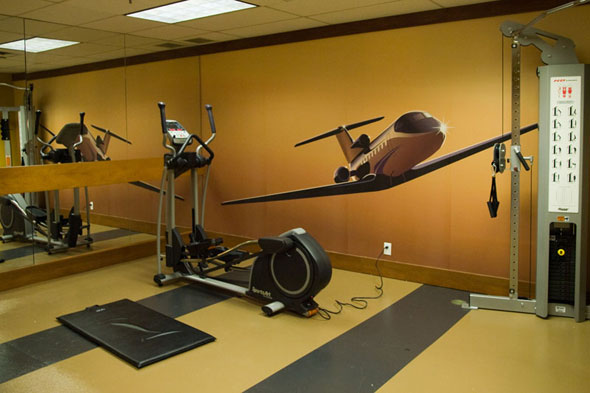 A small exercise room, and a pool and hot tub are also available for those inclined to break a sweat and/or relax some. 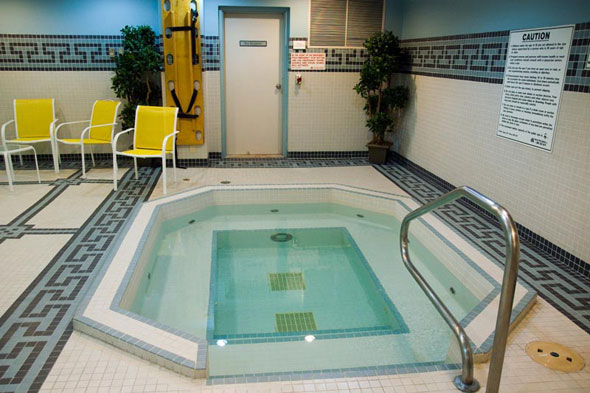 Rooms are bright, spacious enough, and clean. Blown-up images (of things Toronto) grace the room walls and are a somewhat noteworthy novelty (if you're into that sort of thing). 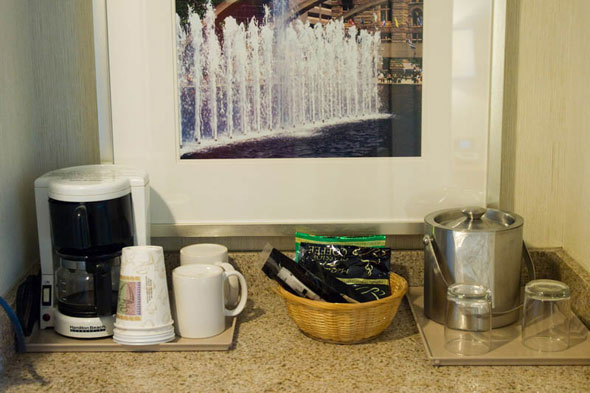 The bed, covered in large, fluffy pillows, is quite comfy and provides a very comfortable sleep. Surprisingly, the sound of planes buzzing overhead is not a distraction (they must have gotten the sound-proofing right!). The washroom is clean, and basic toiletries are provided. 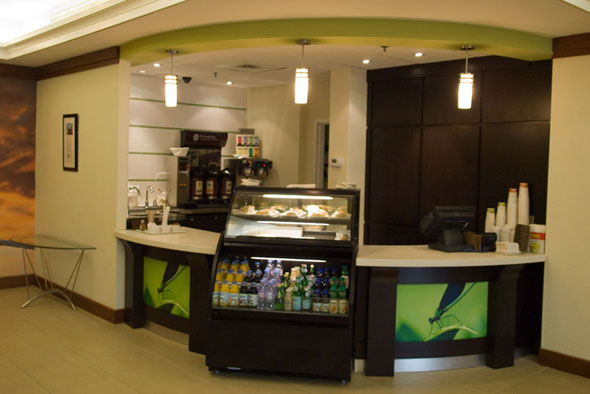 Aside from the pleasant staff member welcoming me at the check-in counter (where a tray of cookies for the grabbing also greets customers), I didn't encounter any other staff during my one night stay. Things were really quiet... almost ghost town (granted it was a weeknight, and the place was pretty new). No one was at the bar, and no one in the restaurant, which made me wonder if I had to go back to the front desk to ask for assistance if I was actually in need of a drink or wanting to have a bite to eat.

For those taking an early morning flight, and planning to park the car for a trip via the airport, Hotel Indigo's stay-and-park-and-fly pricing is particularly attractive and comes with shuttle service. 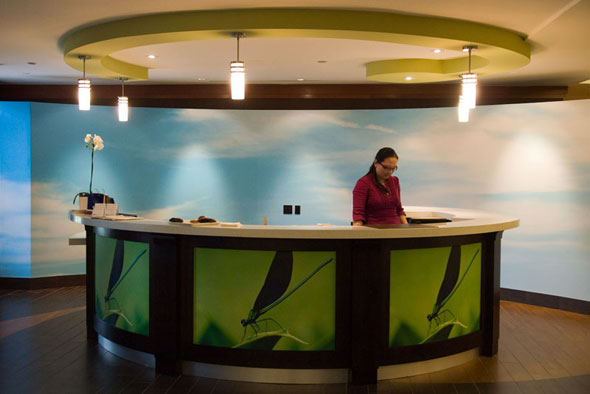 Who stays here? People in transit who aren't served with the luxury of a handsome travel expense account. Greater Toronto-area people who are embarking on a trip and looking to park the car would also find this a suitable spot. I suppose it's also a potential haunt for flingers to get jiggy with it, but I wouldn't know anything about such things, really. 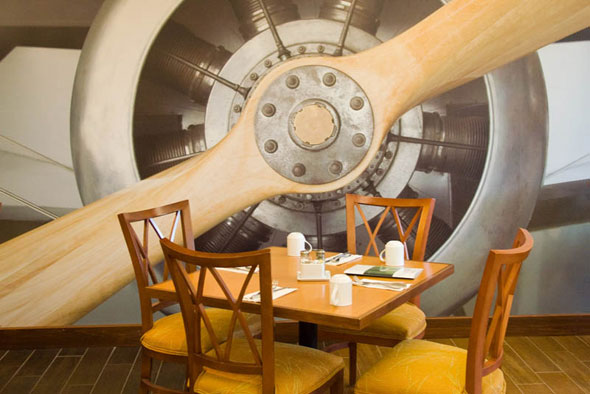 Given the ghost town vibe of the hotel's restaurant (called "Phi"), I didn't have a good feeling about eating there. I did take a peek at the restaurant's menu, and it looks like they do serve a broad enough selection of easy-to-prepare meals. My hunch was that haute cuisine wasn't really the focus here, so instead rolling the dice (and dining alone), I opted to venture out to a nearby, chain steakhouse.