Steadfast Brewing a brewpub started by three friends who combined their passion for making and serving beer.

The space they occupy near Lansdowne and College has been home to multiple breweries. 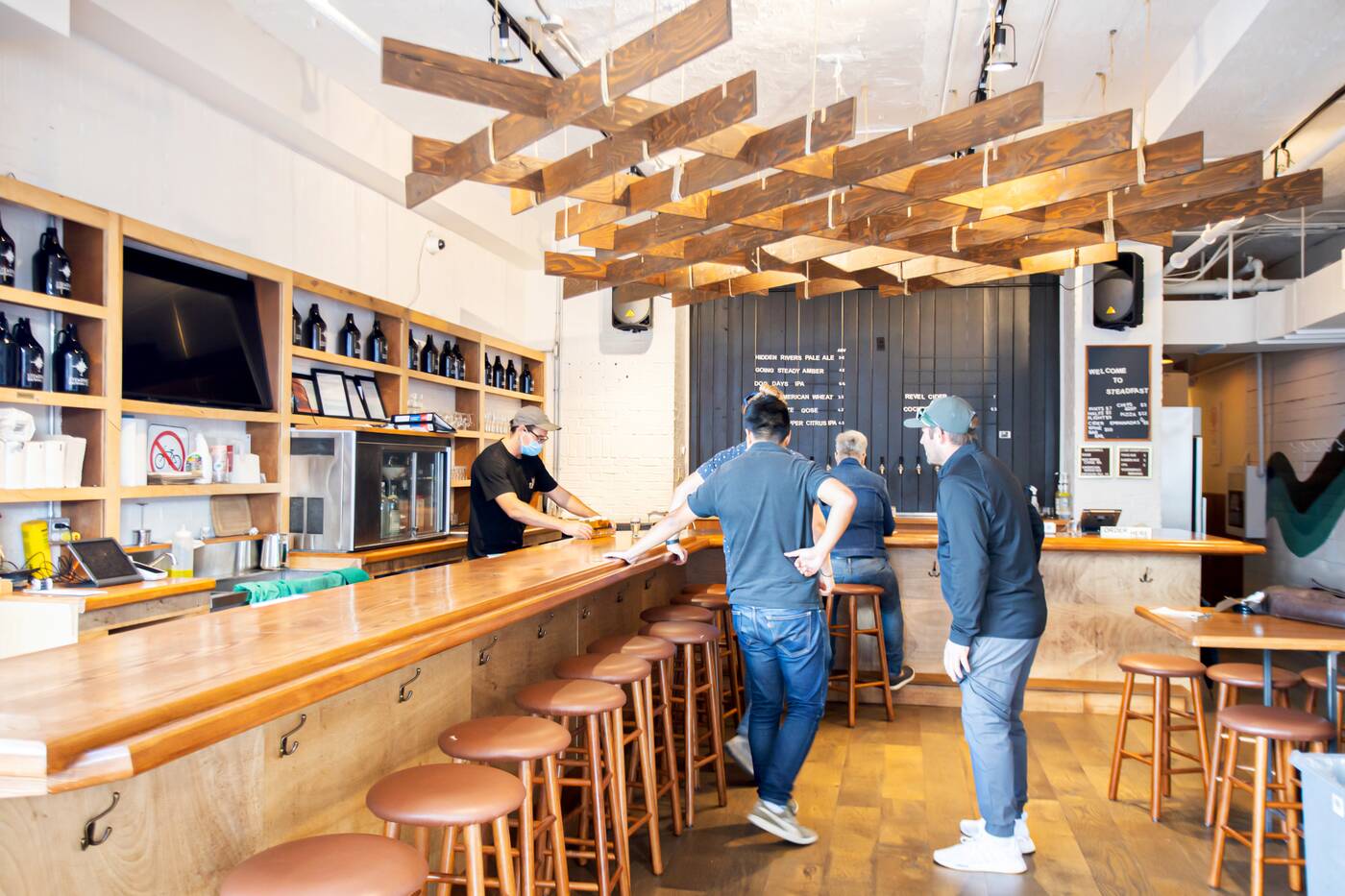 This includes Lot 30, Lansdowne Brewery and most recently Woodhouse, who left the building to merge with Junction Craft Brewery.

With all the brewing facilities already intact, Steadfast owners Diana Rivera, Graham Pinchin and Asa Davis saw the perfect opportunity to finally open up their own brewery. 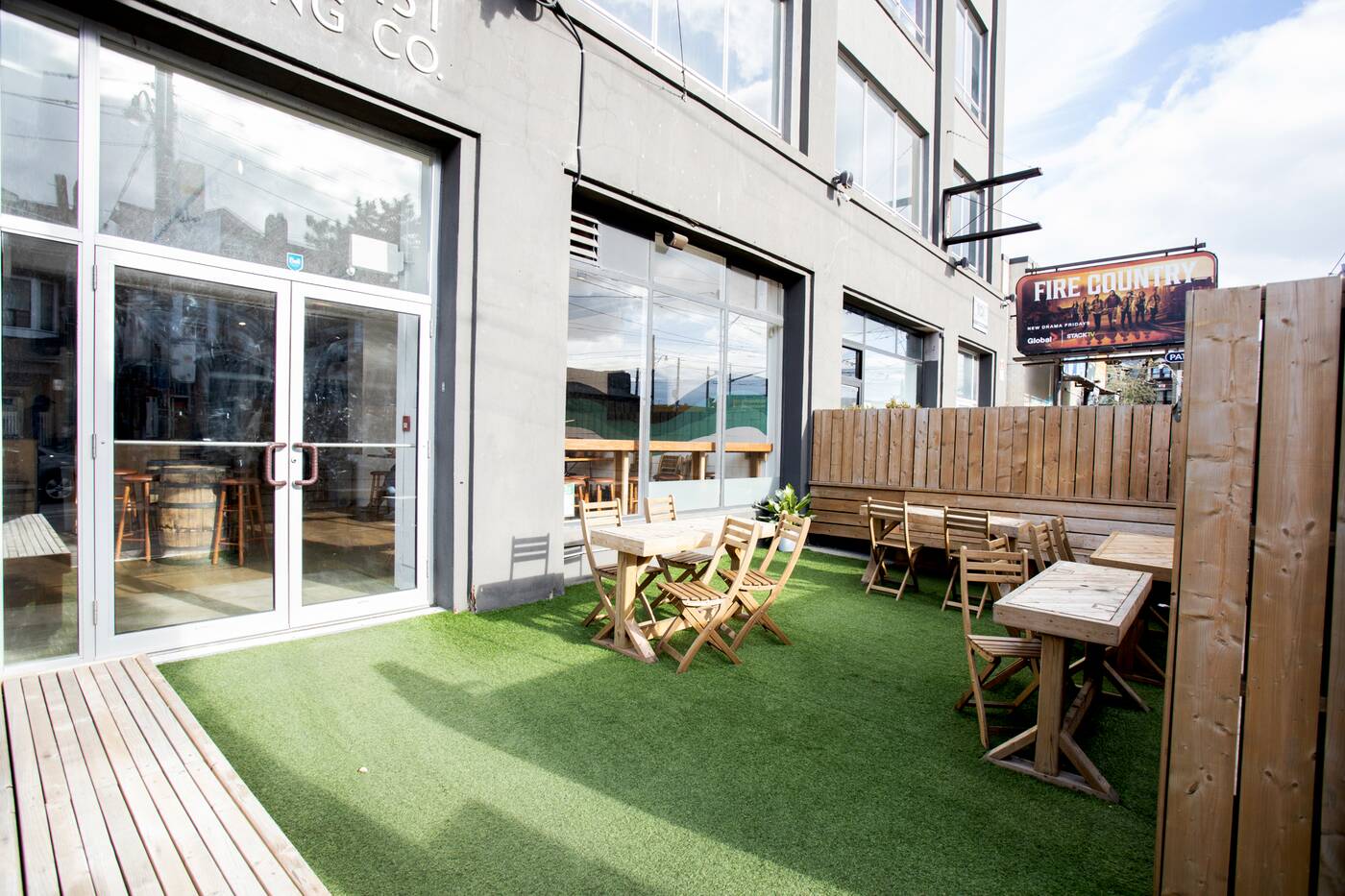 Pinchin, who's married to Rivera and has a masters in brewing, met Davis in university. Davis, who's from Rhode Island started out cleaning kegs and worked his way up to doing his own home brewing on the side.

Davis worked at Cool Beer Brewing in Etobicoke when he permanently moved to Canada. Shortly after, he collaborated with Pinchin and Rivera to open up Steadfast. 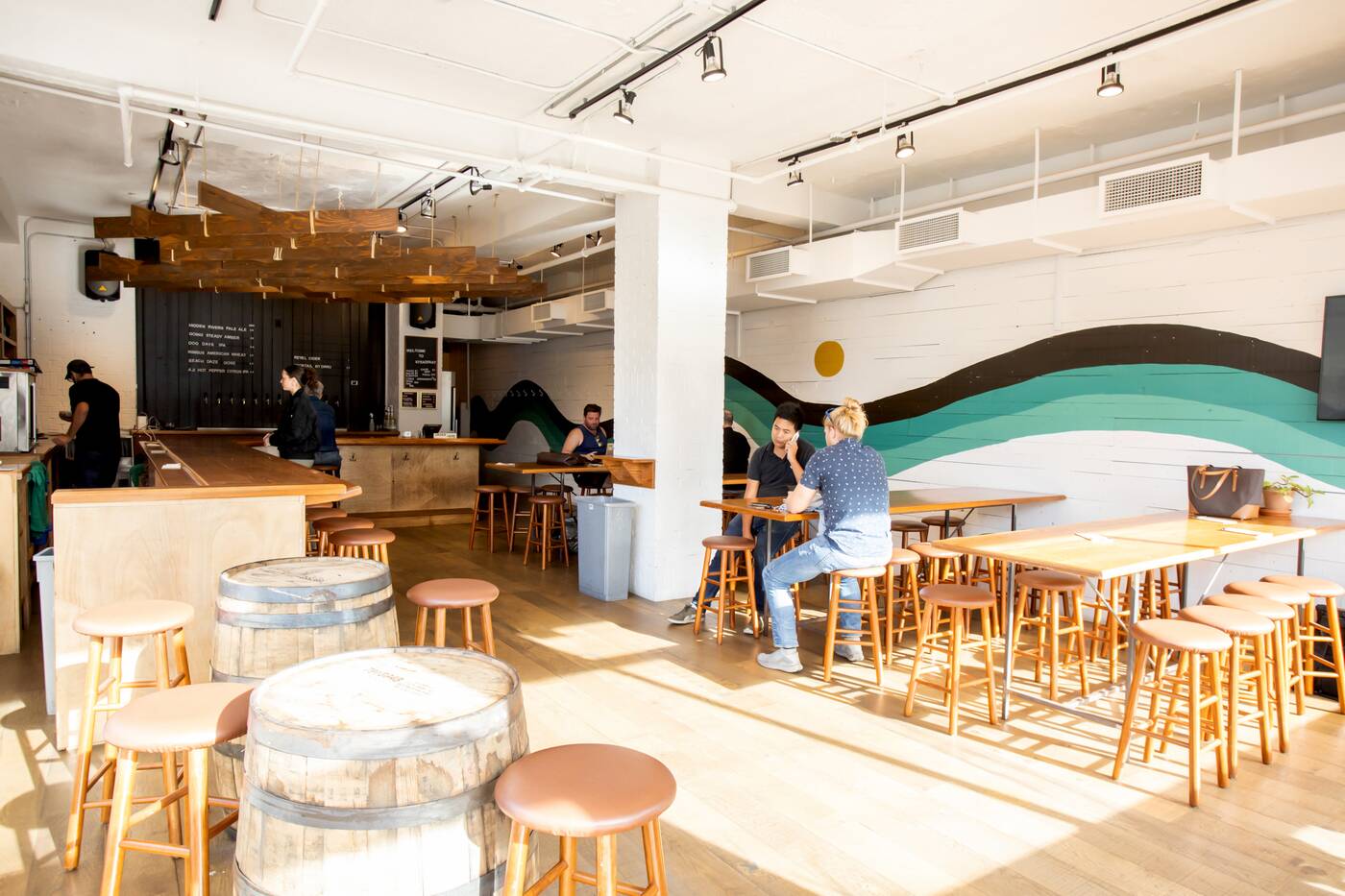 The space doesn't look much different from when Woodhouse was here, except for the addition of a colourful painted graphic on the walls adjacent to the room's seats, and Steadfast merch that sits on shelves behind the bar.

All of the beer is brewed on-site with original recipes created by Pinchin and Davis. They focus on classic styles that taste more on the malty side. 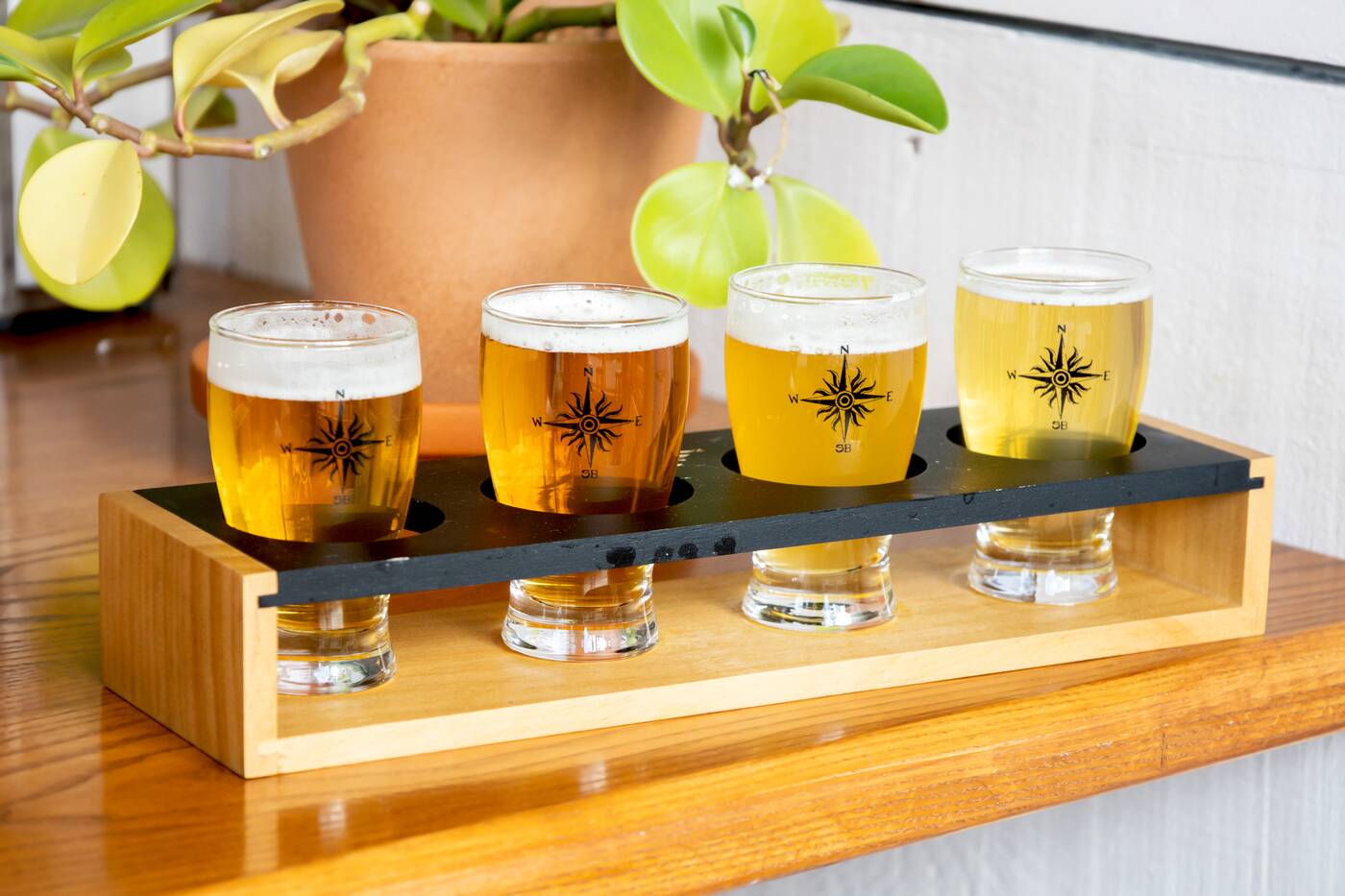 If it's your first time here, I'd recommend ordering a tasting flight ($9) as a good way to get an idea of which style of beer you like without committing to an entire pint (which are $7 for a full pint, and $5 for a half).

Other offers on the menu include cider and a gin cocktail on tap for those who aren't beer drinkers. 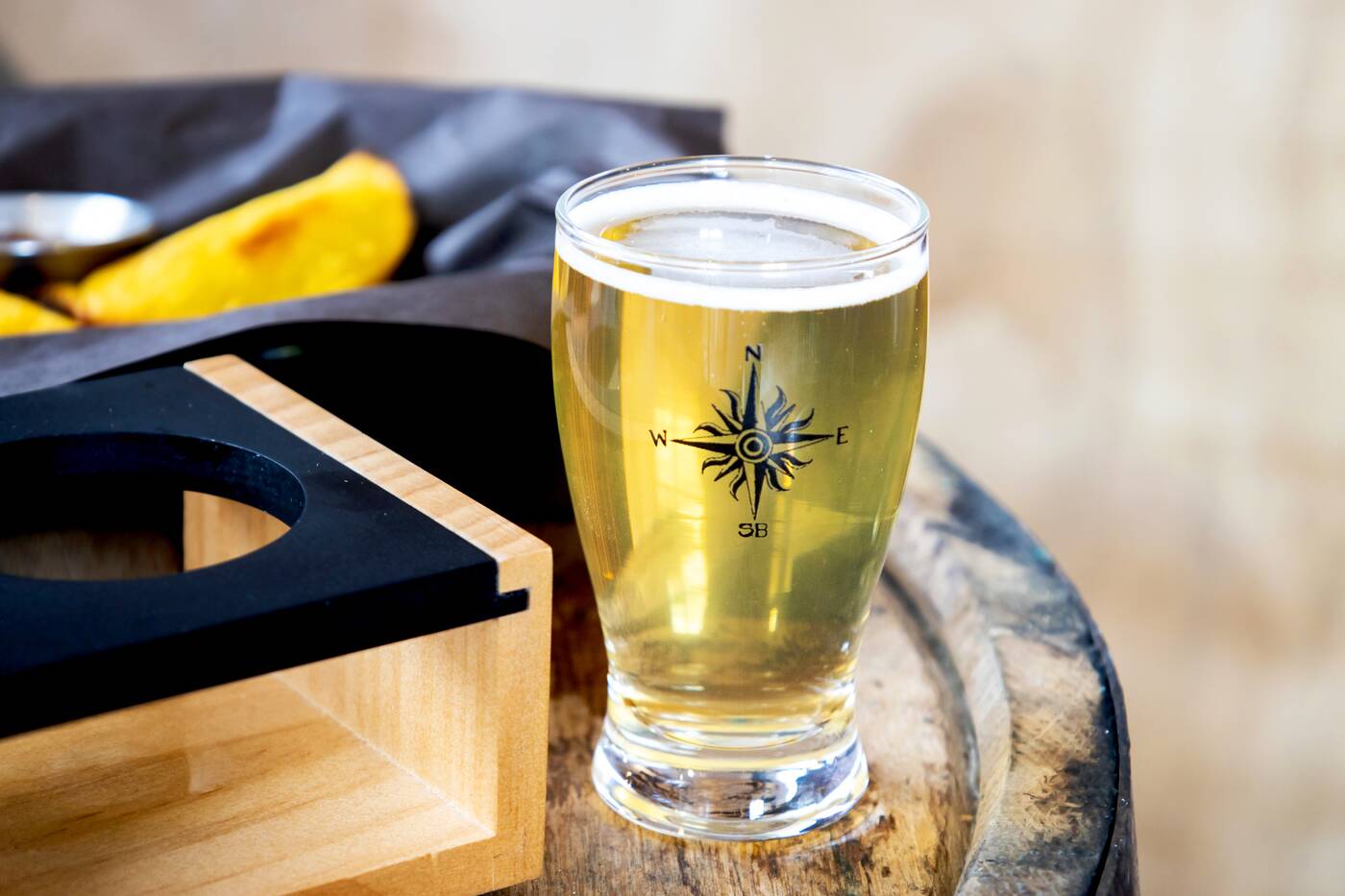 The Nimbus American Wheat Ale is best described as light, crisp and refreshing. It has a relatively low abv at 3.5 per cent so it's easy to drink a few of these in a visit. 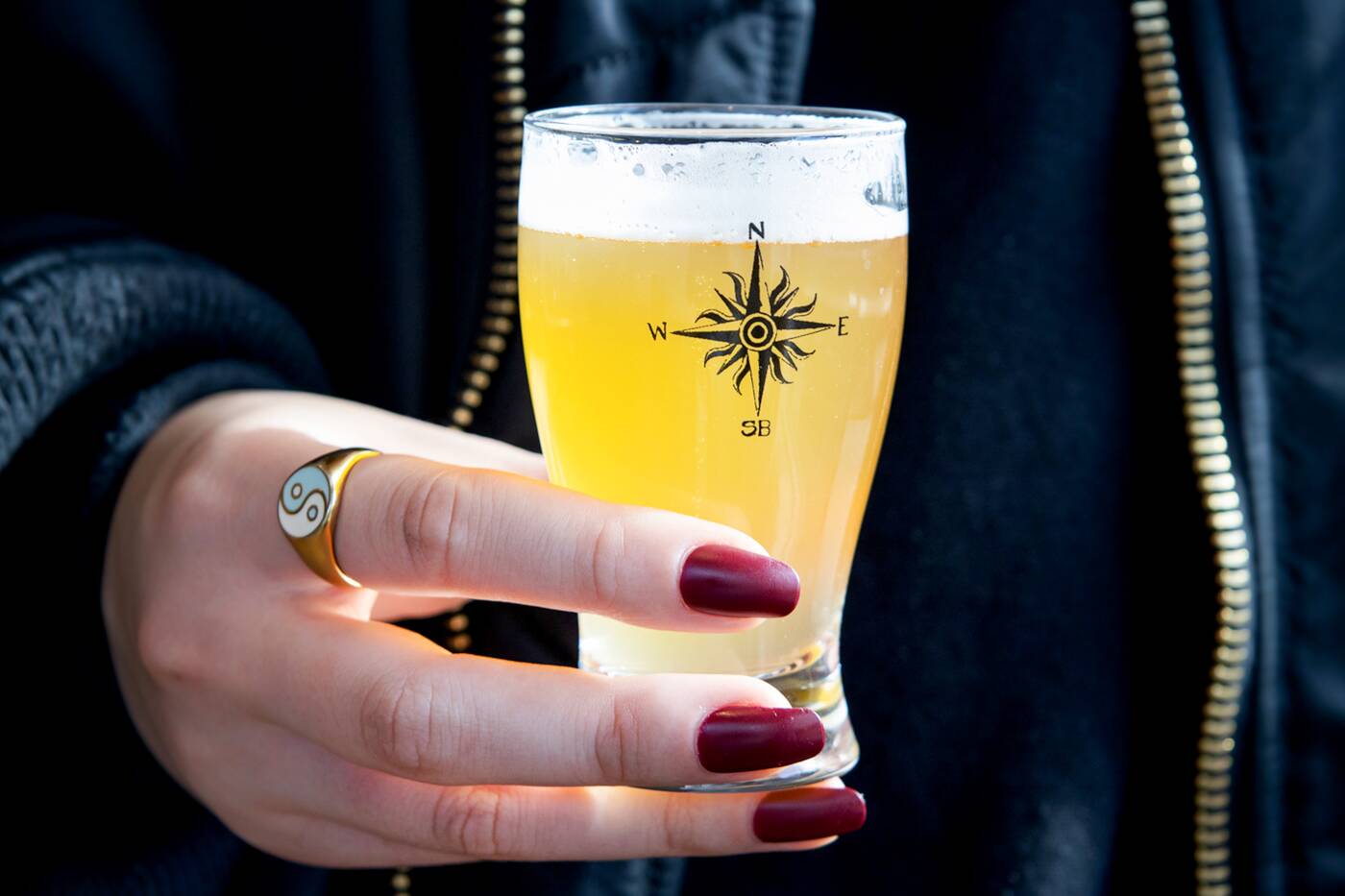 The Beach Daze Gose is a half wheat, half Pilsner malt brew that has some tartness from the malt used to brew it.

It's quite dry in taste with notes of citrus and coriander, but has a salty finish after each sip. 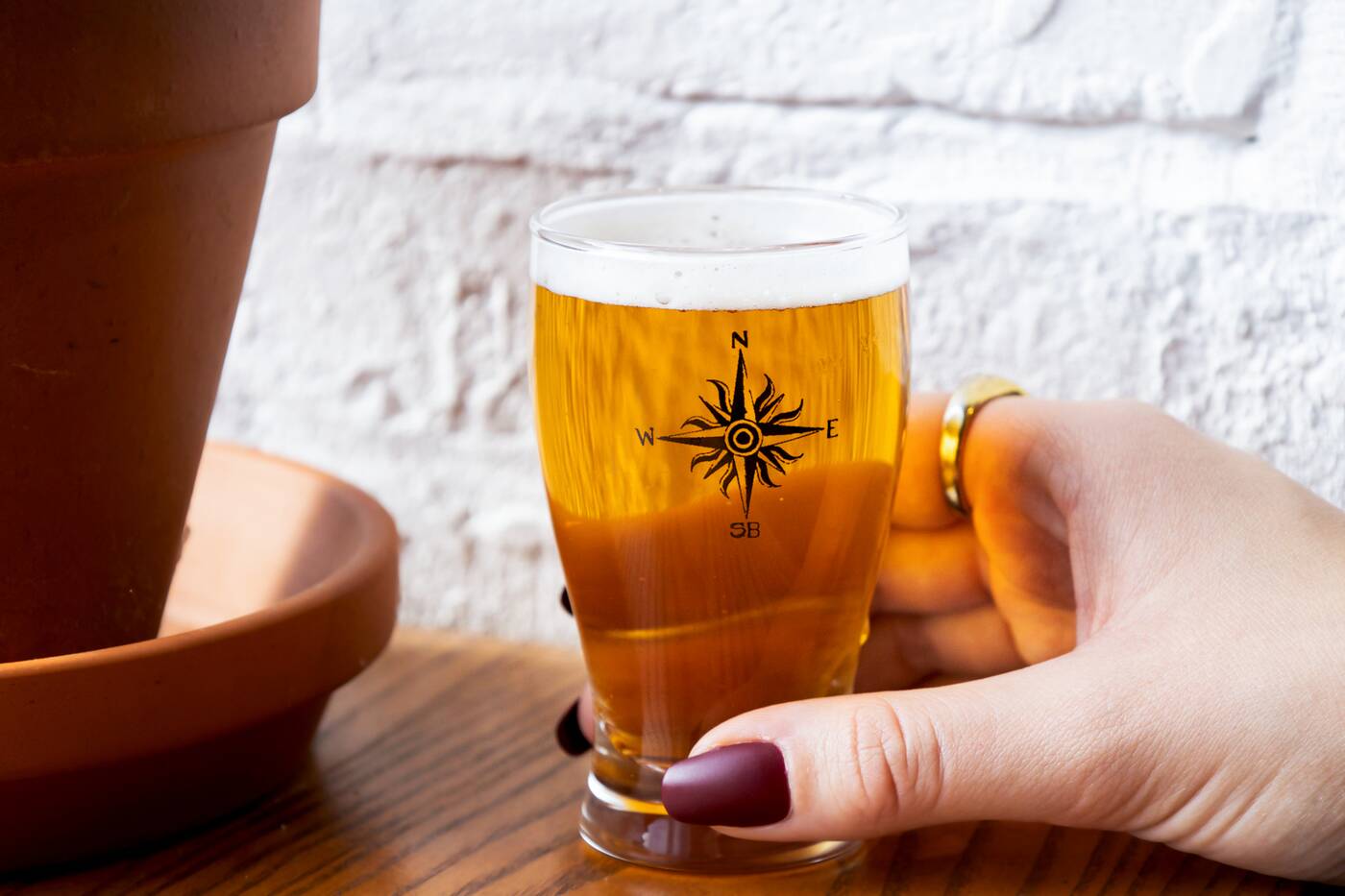 The Aji Hot Pepper IPA is one the more unique flavours of beers on the menu. It takes between 12 to 16 pounds of grapefruit to brew this along with a mix of hot peppers, including scotch bonnet, habanero, Thai chili and aji.

What's produced is a drink that's packed with strong citrus flavour and, despite the amount of pepper used, light and tolerable heat. 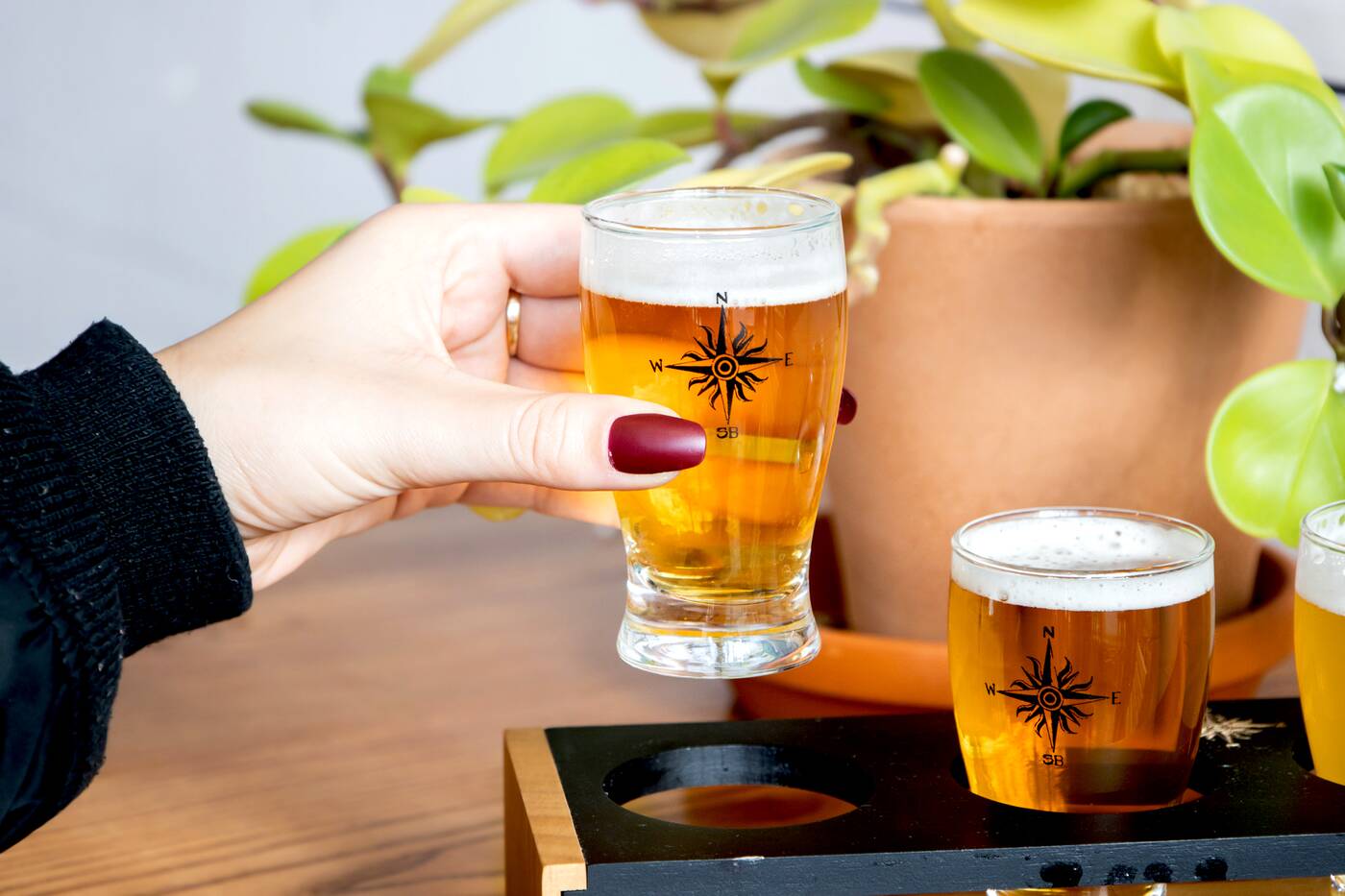 The Hidden Rivers Pale Ale was named after the lost rivers of Toronto that were paved over when the city started to develop.

It blends west coast and English hops, with notes of pine and herbal spice that creates more of an earthy taste when compared to other pale ales. 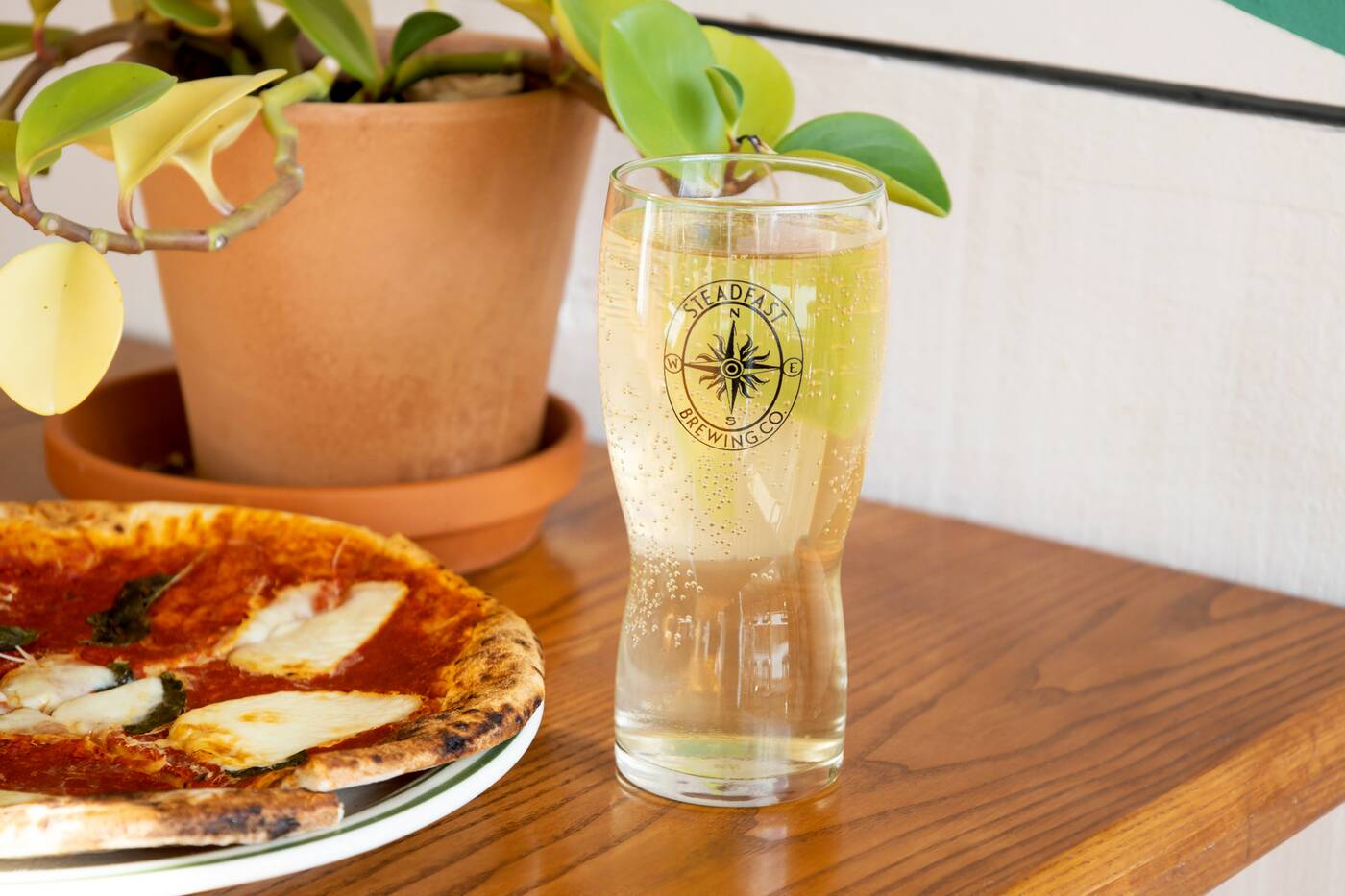 The Danu ($12), a cocktail offered on tap, has a base of gin with combinations of citrus zest, grapefruit, lemon, and lime.

For extra flavour, the cocktail is spiked with a small amount of absinthe, and then topped with soda for a bubbly, fizzy finish. 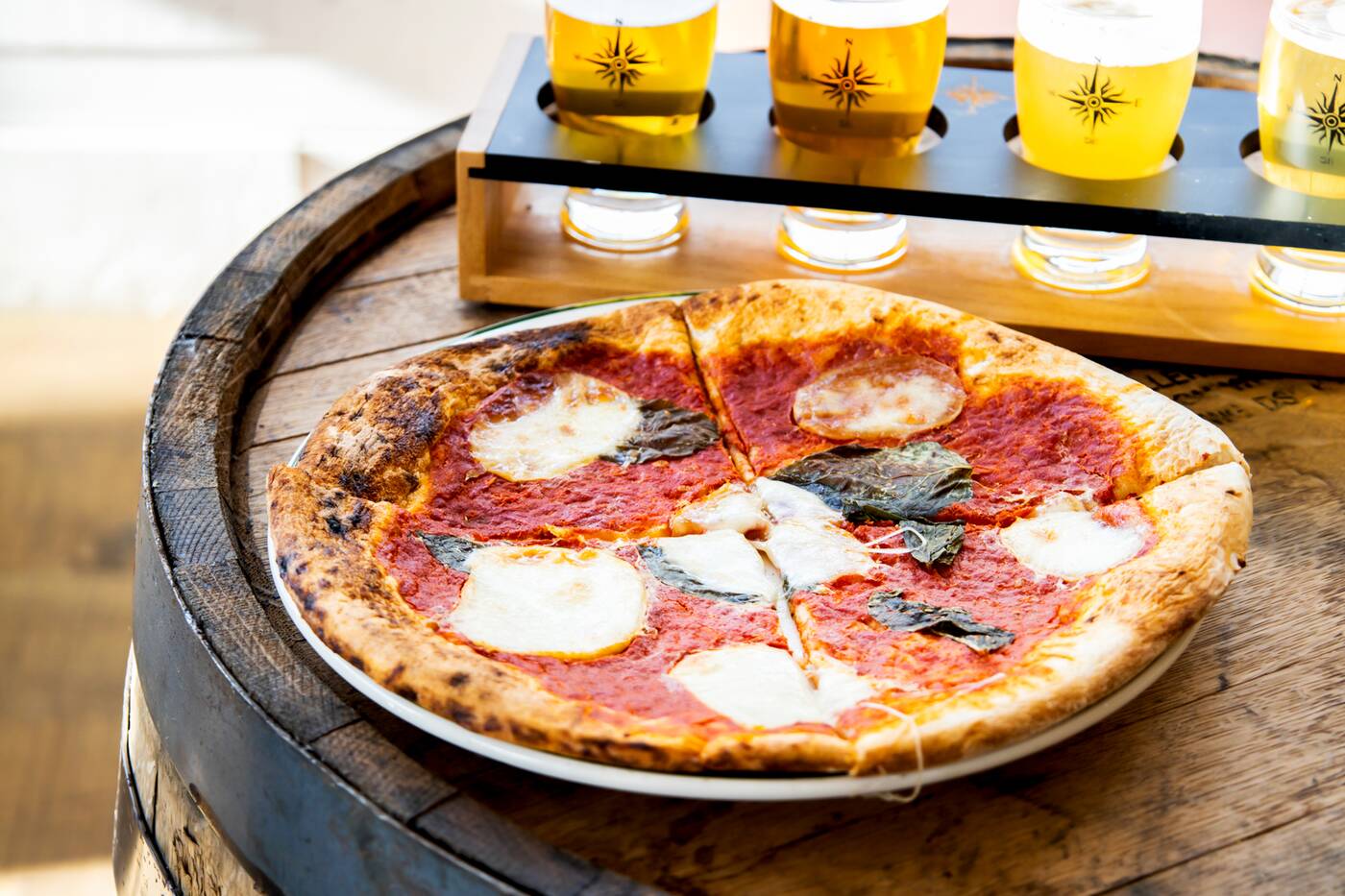 The food menu at Steadfast Brewing is concise with a focus on handheld and finger foods. They offer snacks like a Margarita Pizza from General Assembly ($12), in addition to empanadas ($5 for two) and chips with dip ($5). 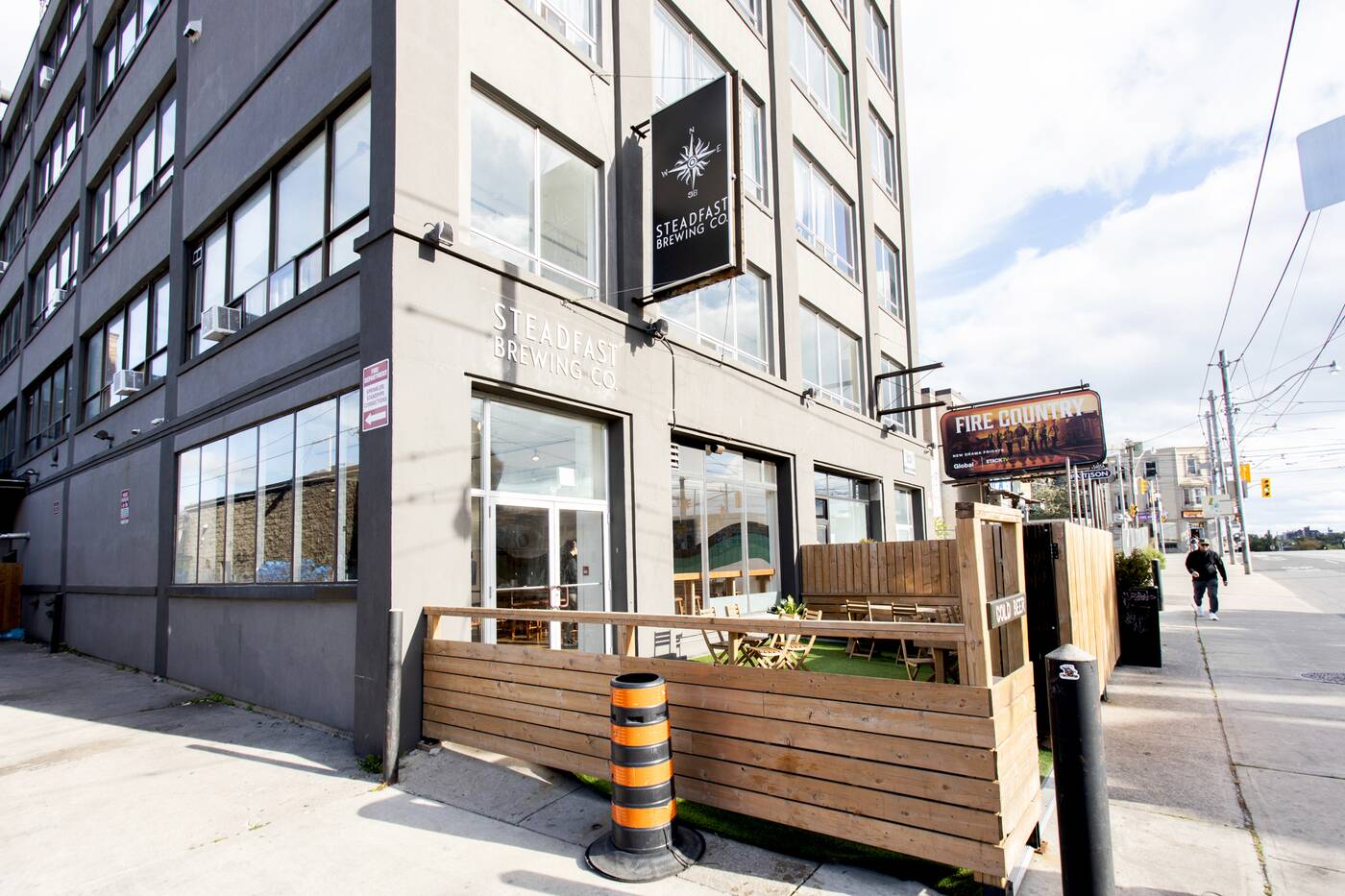 Steadfast Brewing is near many transit stops, making it easy access for anyone who lives in the area or is coming from outside the neighbourhood.