You may have never heard of Mud Creek or Garrison Creek before, but yes, those waterways exist in Toronto — they're just underground, either flowing beneath our feet or buried forever.

There's a chance that an old stream used to run underneath your house, too. If you're curious enough to check, just head use the ingenious Disappearing Rivers of Toronto app.

The online map, designed by the data mapping project Canadian Historical GIS Partnership for Toronto's Lost Rivers in 2017, shows the original stream network of Toronto, and how those waterways have disappeared over time.

With a user-friendly time slider, you can watch Toronto's landscape shift from 1802 to 2017, and see which streams have disappeared thanks to development. 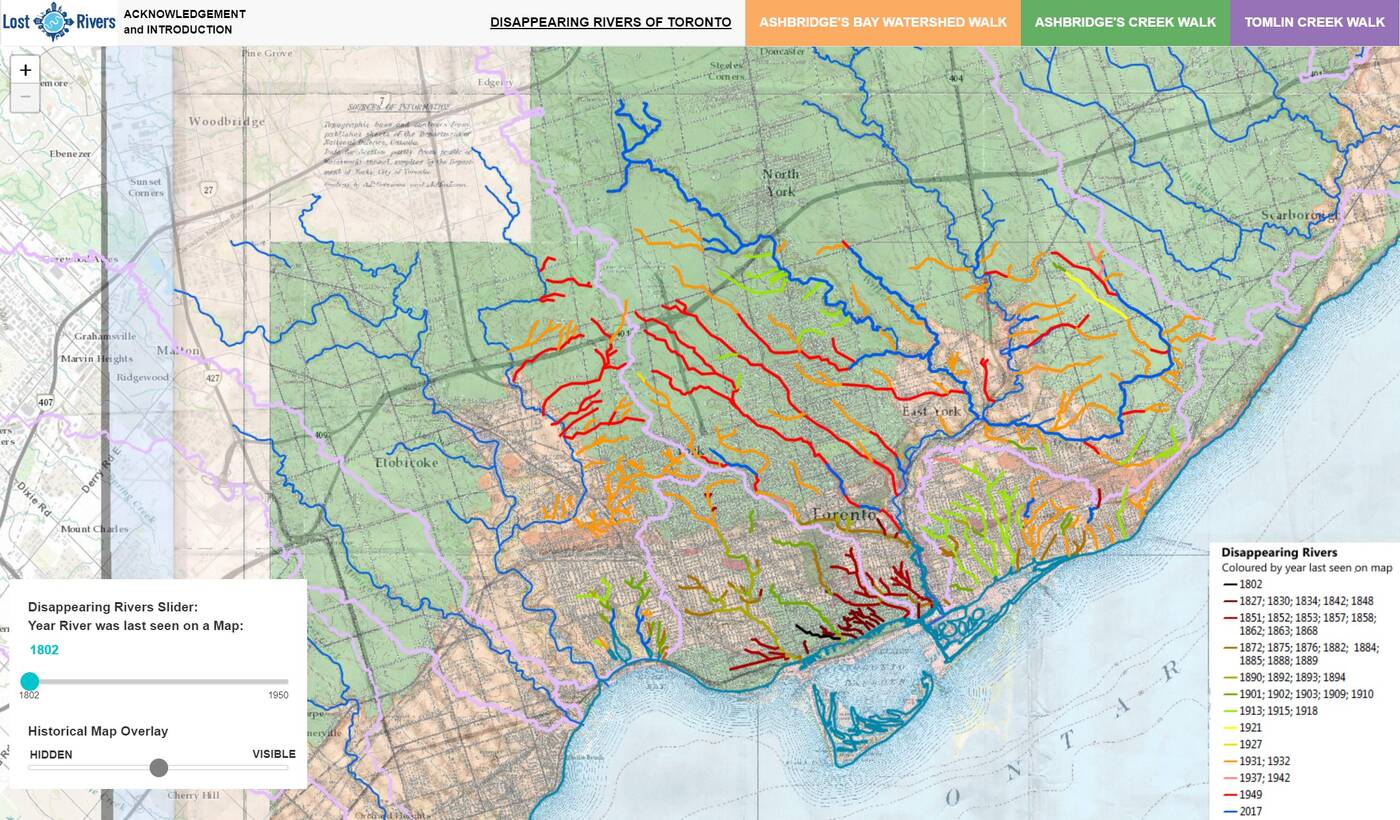 The colour-coded map even tells you what dates the rivers were last seen on a map, or see all the layers superimposed on one another at once.

Jonathan Critchley, who worked on the web-mapping project, gives a more detailed explanation on how he made the app, for the coders out there.

The Toronto Green Community, who launched the Lost Rivers project in 1995, is responsible for much of Toronto's fascination with the city's forgotten waterways.

For the past 25 years, their 45-minute Lost River Walks have been the catalyst for discussions around streams and creeks (some still flowing, others long gone) and the environmental implications.

The Lost River Walks have been cancelled until further notice, but you can always do the Ashbridge's Bay Watershed or Tomlin Creek walks by yourself — the maps are right there on the app.