Lot 30 Brewers has transformed from Lansdowne Brewery into an actual brewery, bottle shop and restaurant.

Solely owned by Darren Earley, the spot this former factory building sits on was once known as “Park Lot 30” in the city of York before the Brockton family purchased it, it subsequently became the intersection of many neighbourhoods. 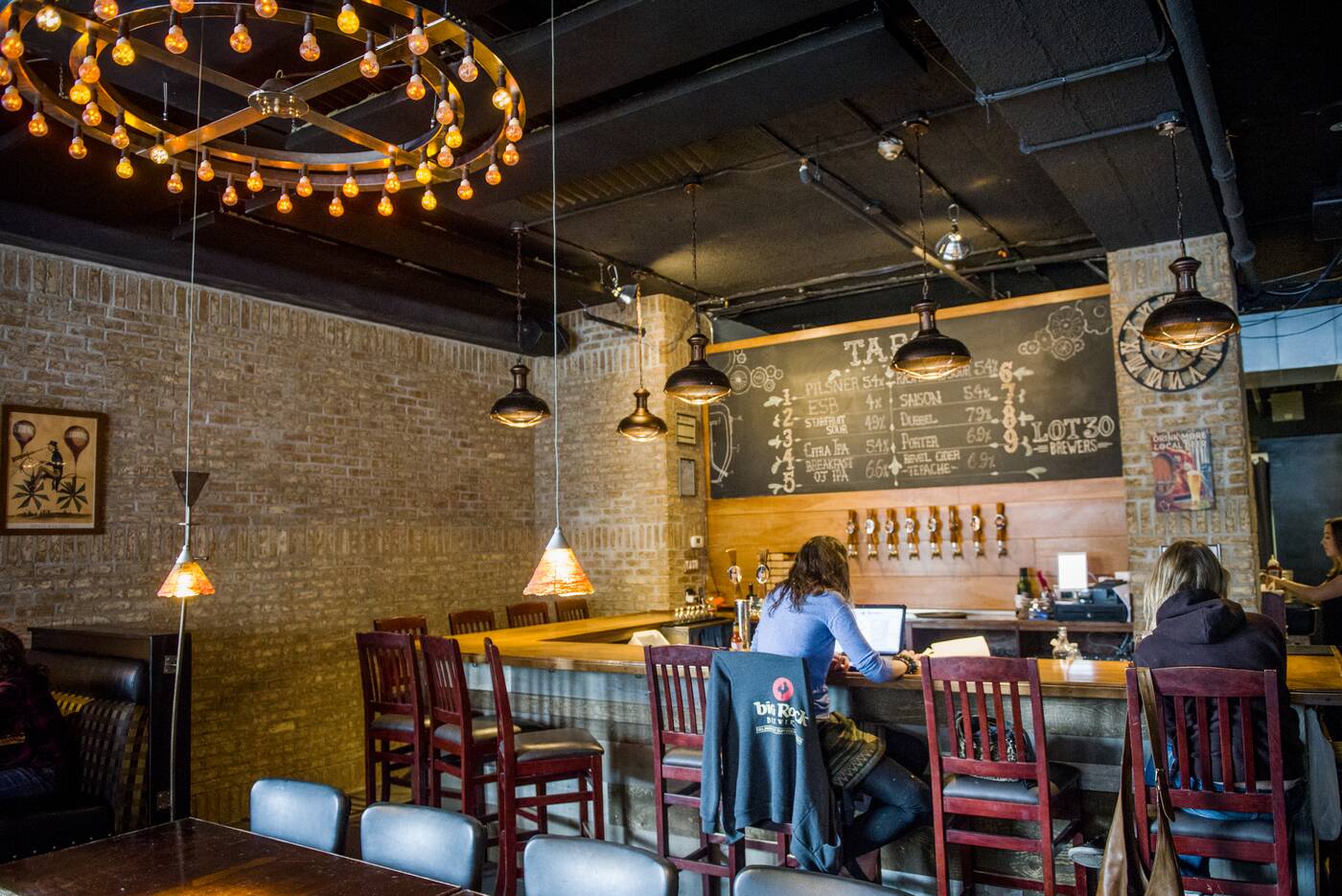 The space eschews minimalism for a steampunk vibe. It's comfy and you’d have no problem bringing larger groups here. 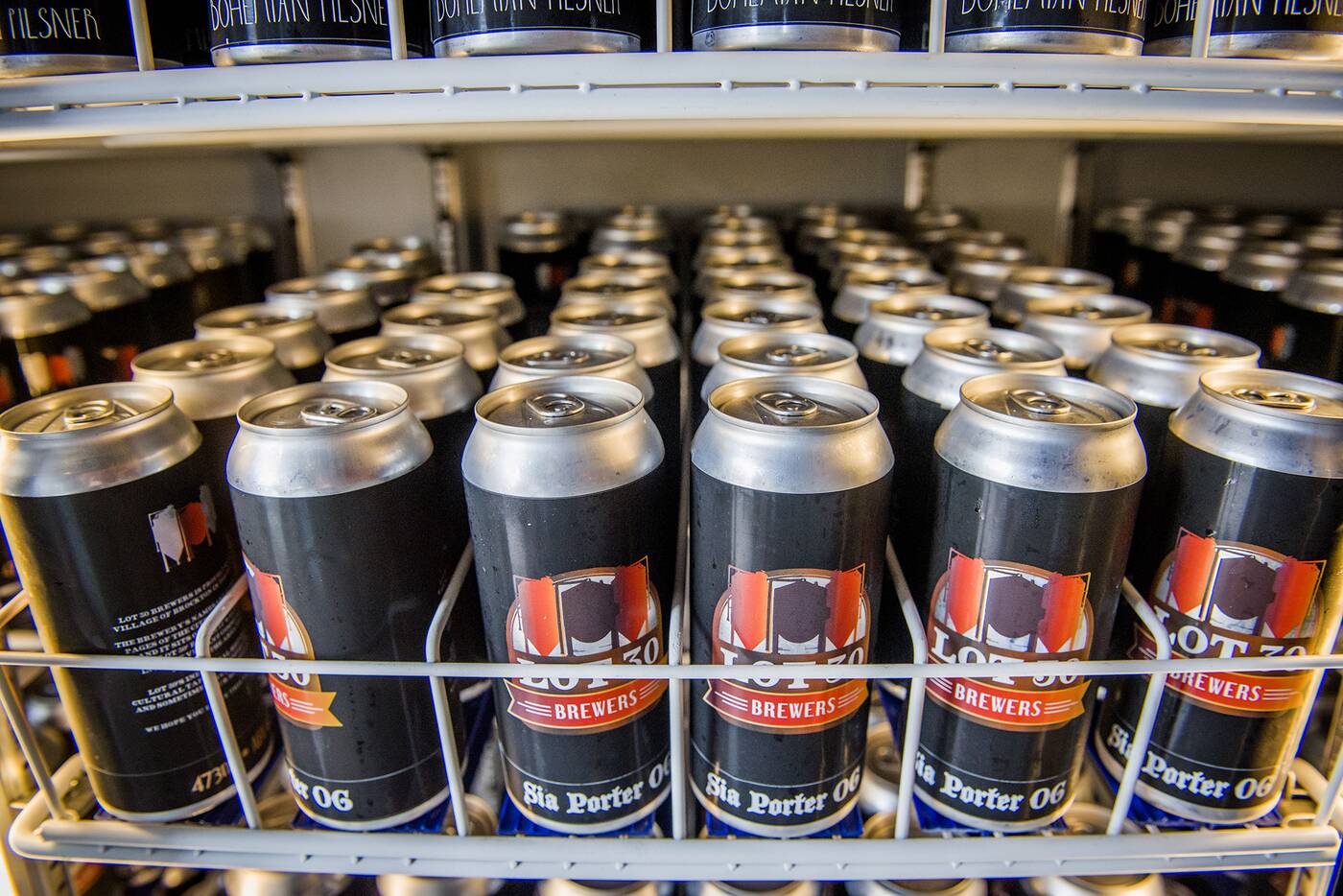 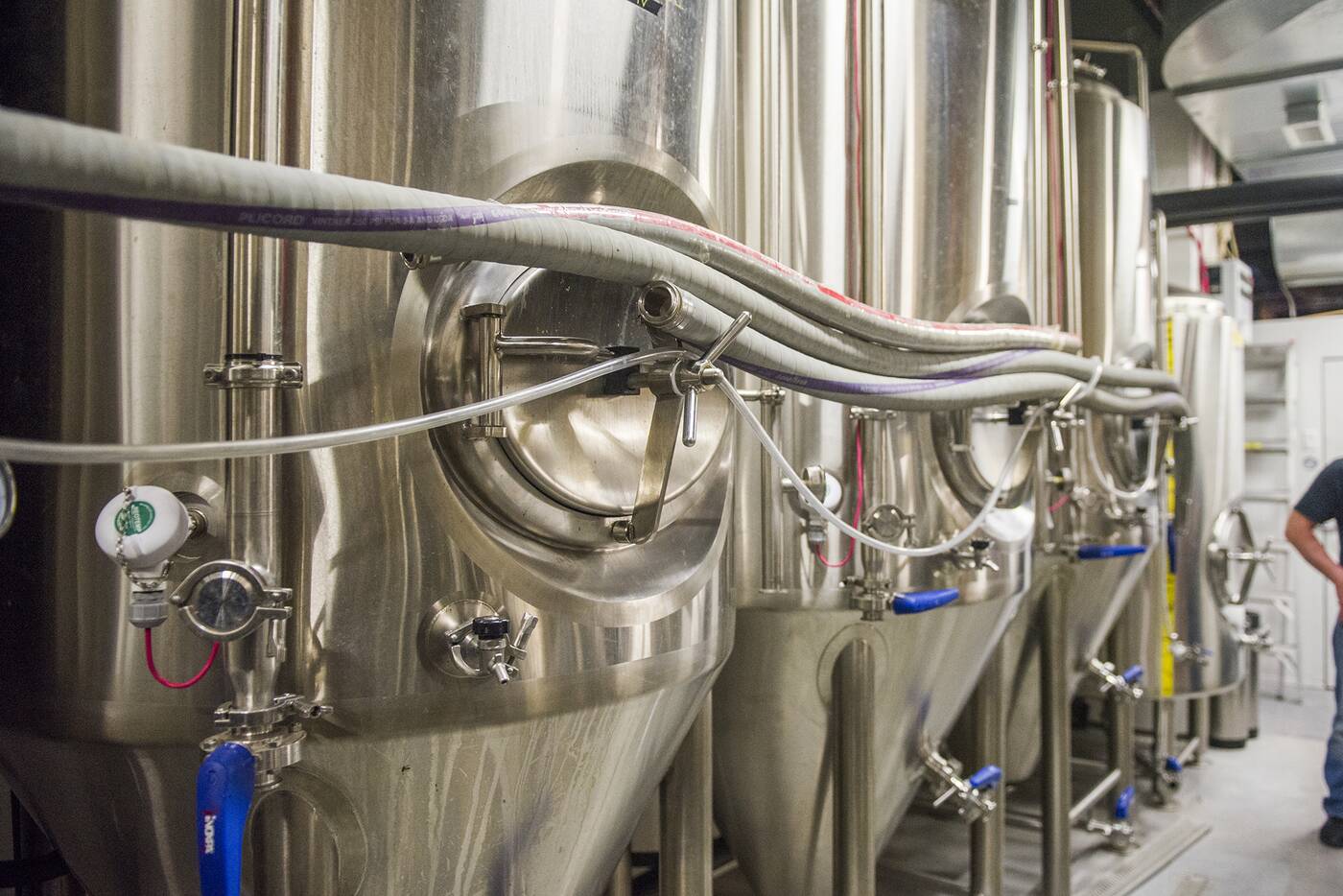 All nine beers available upon opening are brewed right here on site, using a 10-barrel system capable of brewing about 1200 litres of beer at a time. 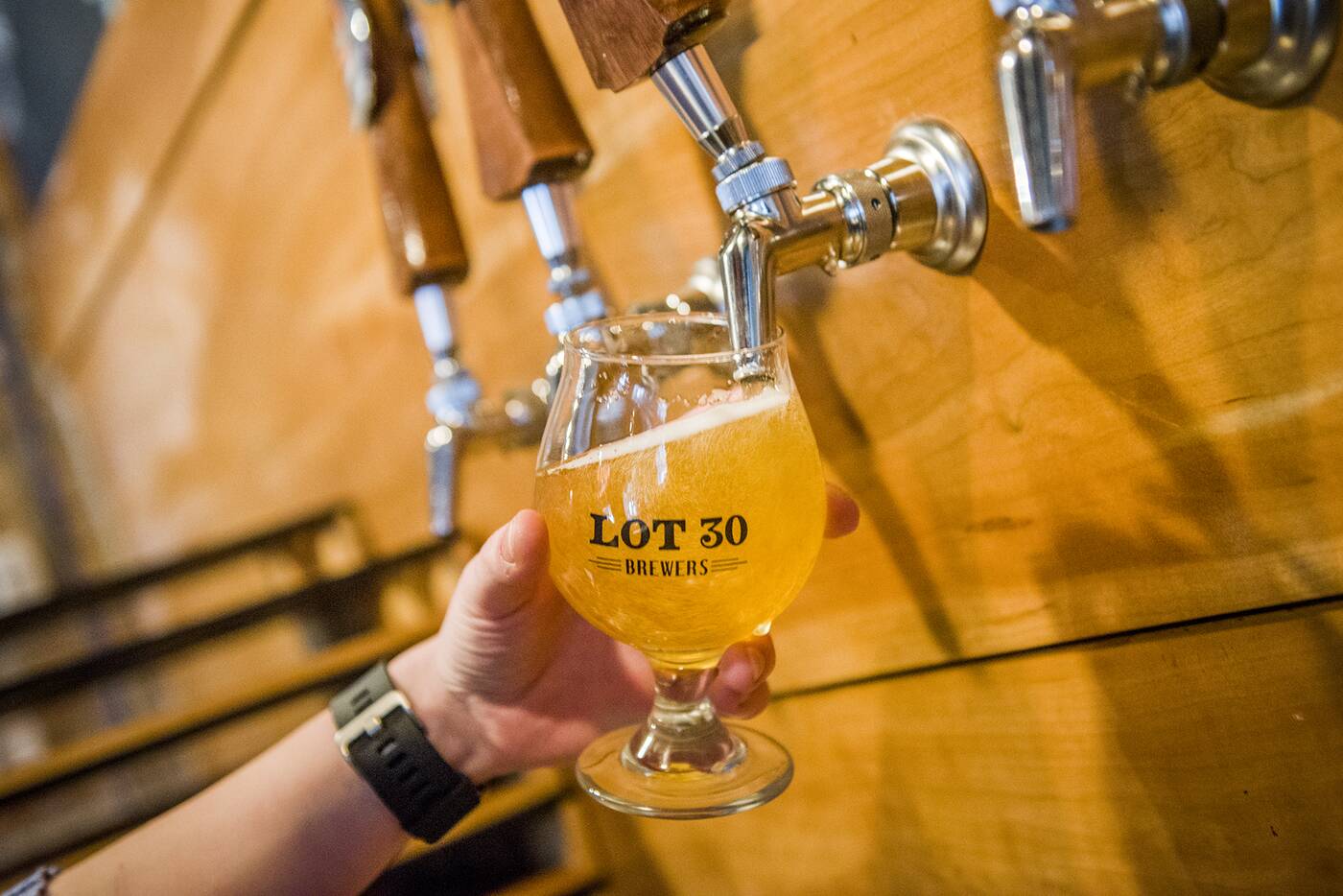 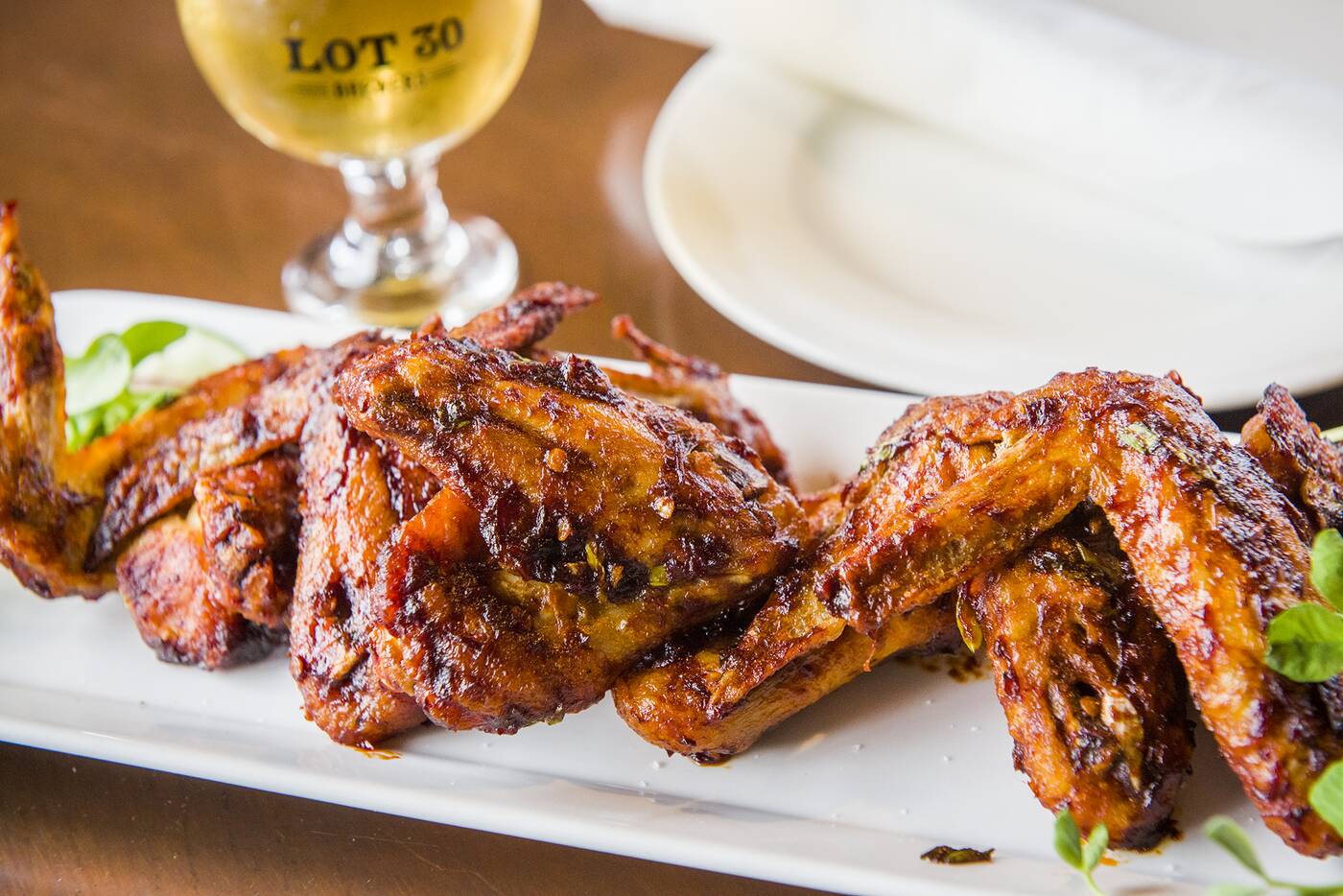 Chicken wings ($11) come in two varieties and we opt for a no-holds-barred smoky, spicy chipotle-lime. They come with a creamy garlic dipping sauce that feels very Toronto. 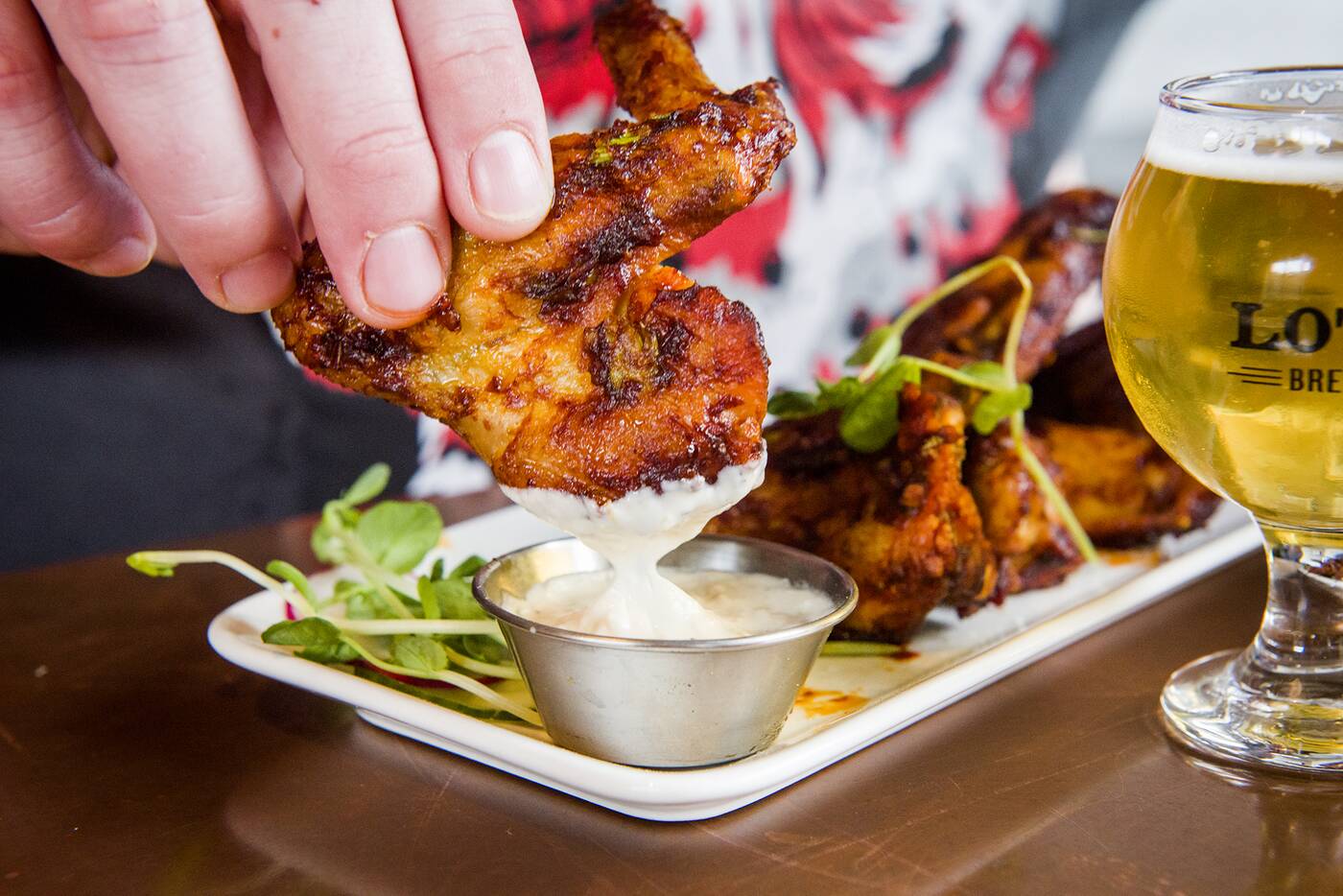 The recommended pairing is a mellow saison (all five-ounce pours $3) that balances out the kick from the wings. 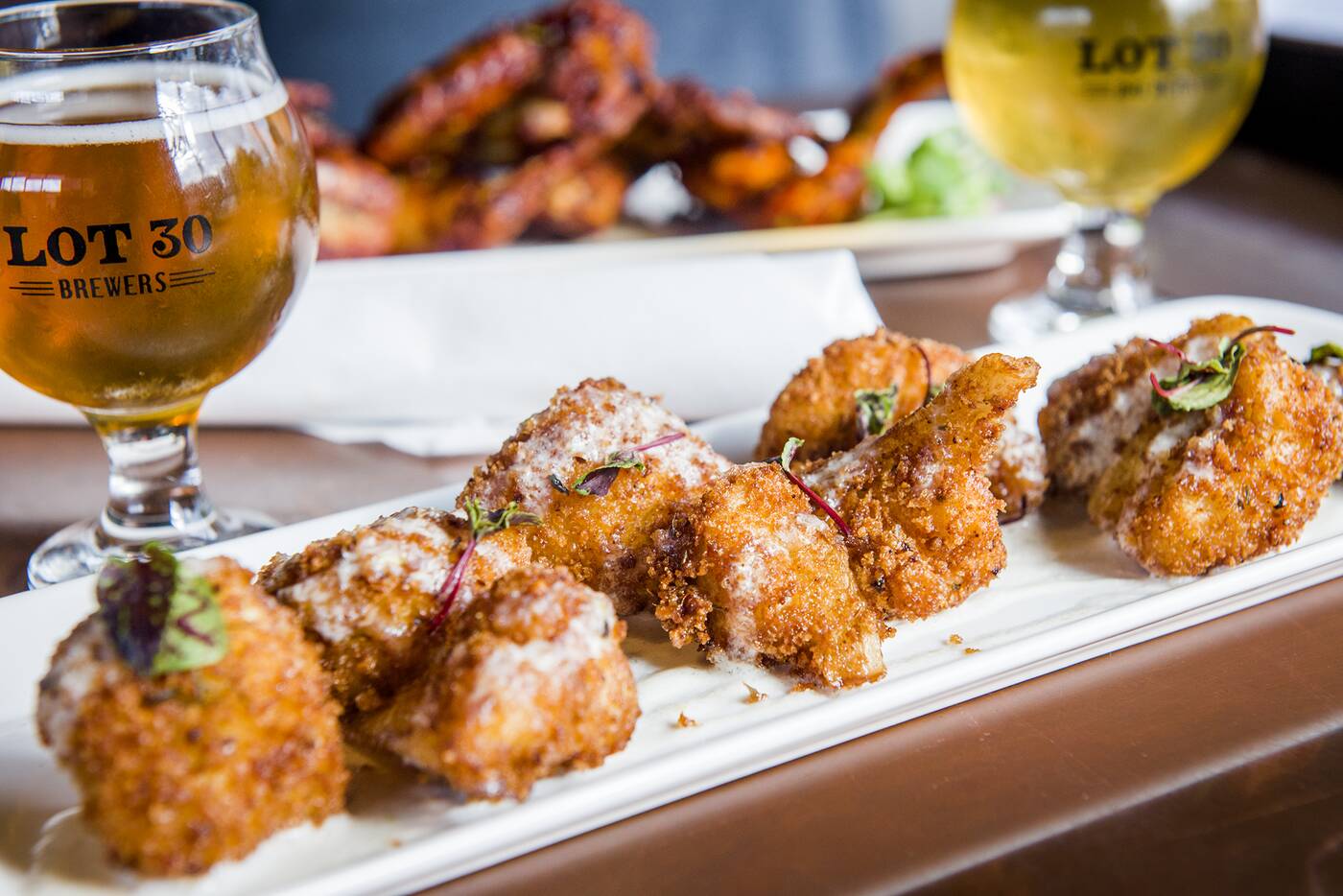 Crispy cauliflower ($9) is crusted with panko and a house blend of spices that evokes a tropical Caribbean feel, served with a coconut-lime dip. The breadiness of an ESB enhances the flavour of the breading on the cauliflower. 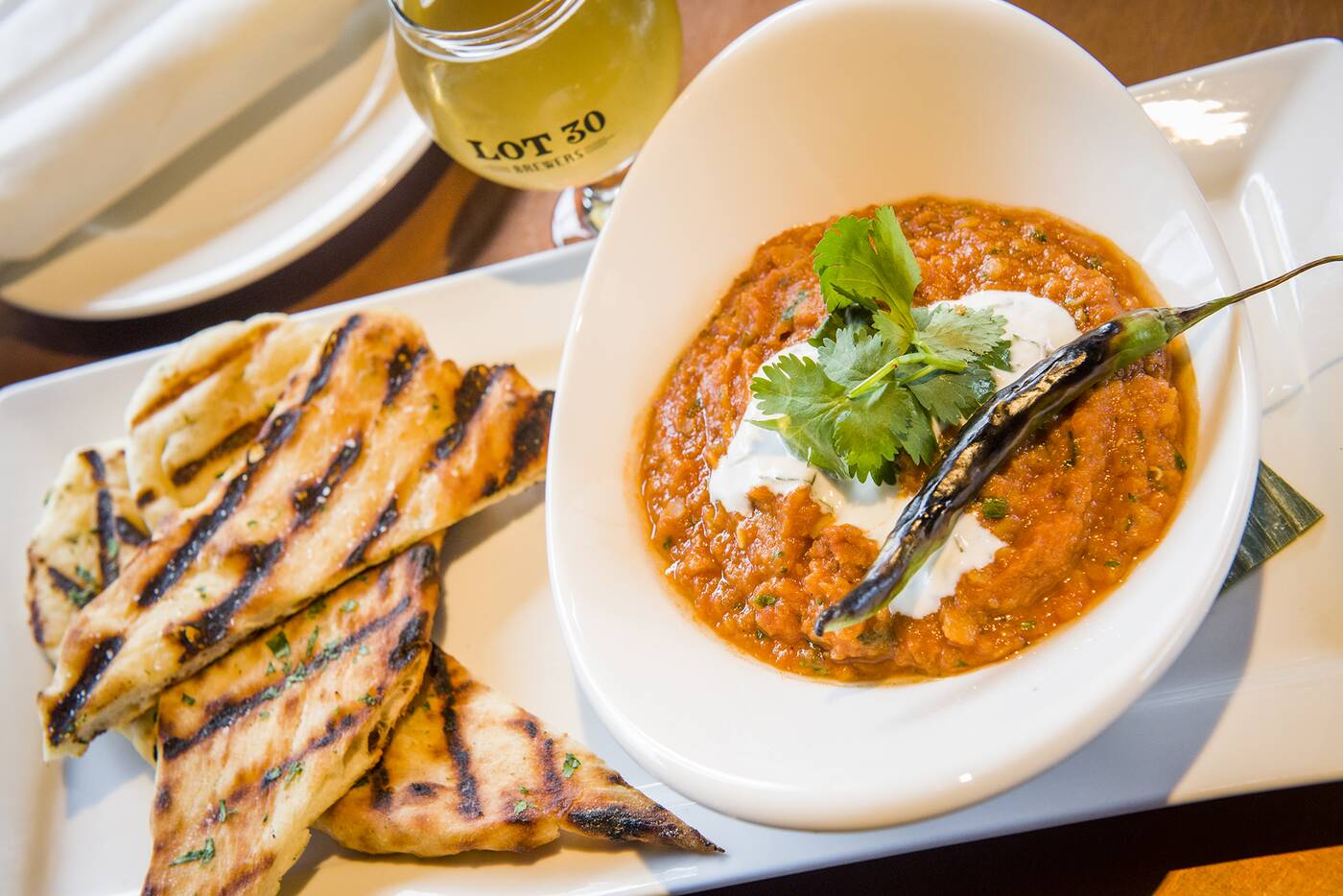 Dahl and roti ($9), like the cauliflower, is totally vegetarian. A comforting stew of Indian-spiced red lentils is topped with creamy mint-cilantro yogurt (I actually could have done with more of) and a blistered green chili. 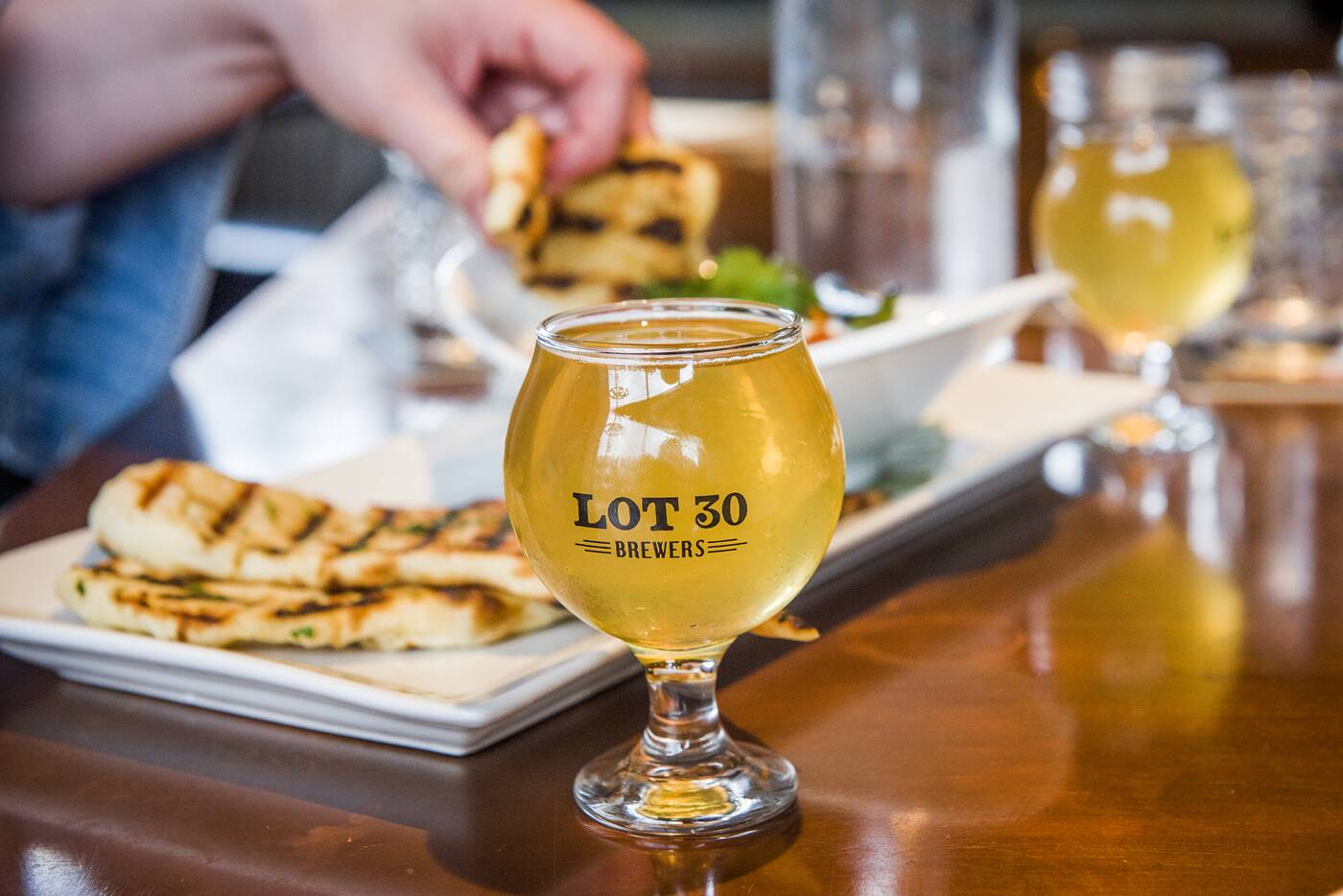 Butter garlic naan for scooping is made from scratch in-house and a lovely light star fruit sour accents the funky spiciness of this plate. 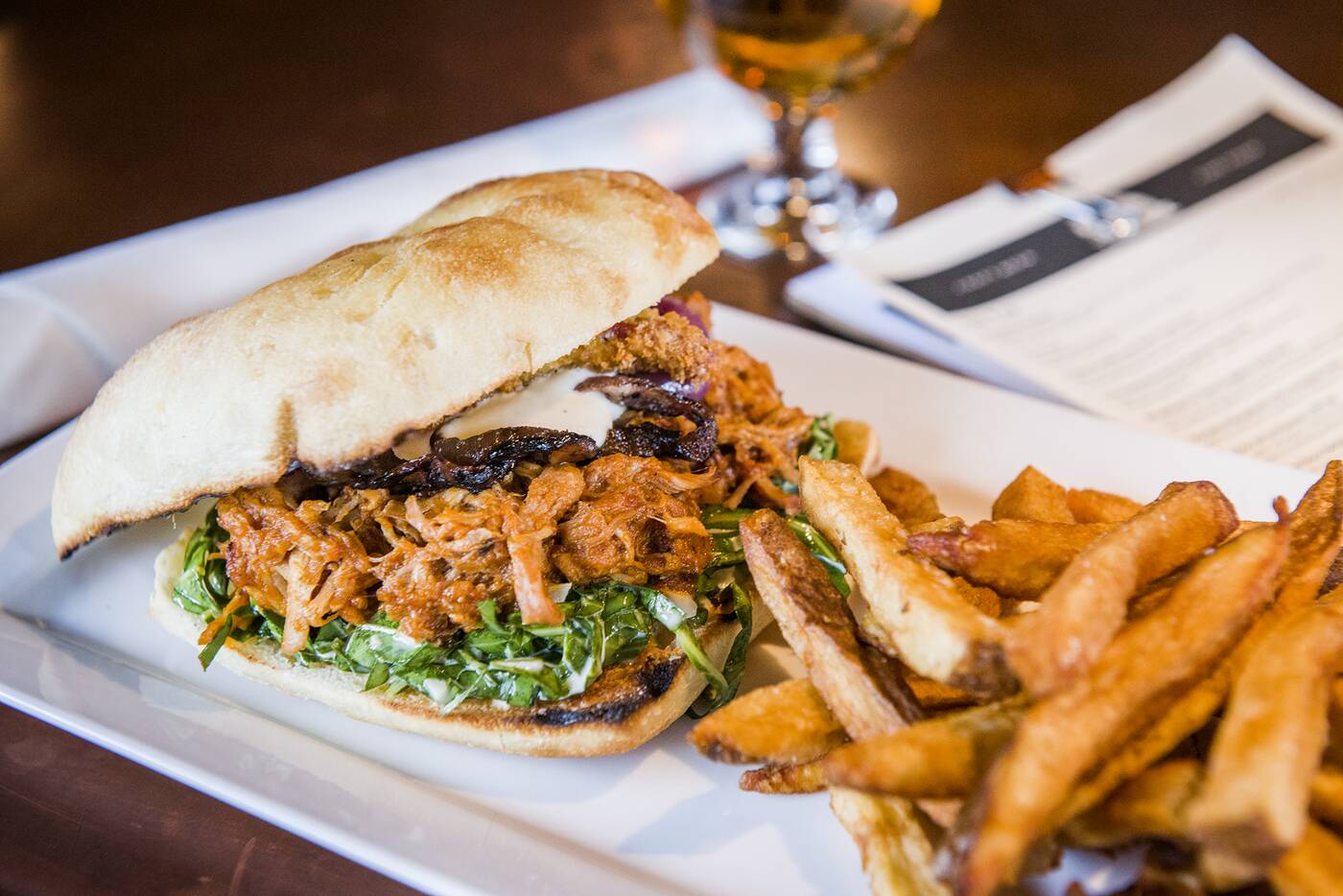 A pimento and beer braised pork sandwich ($16) is inspired by the surrounding Portuguese neighbourhood. It's super saucy and messy but on a supportive Fred’s Bread bun. 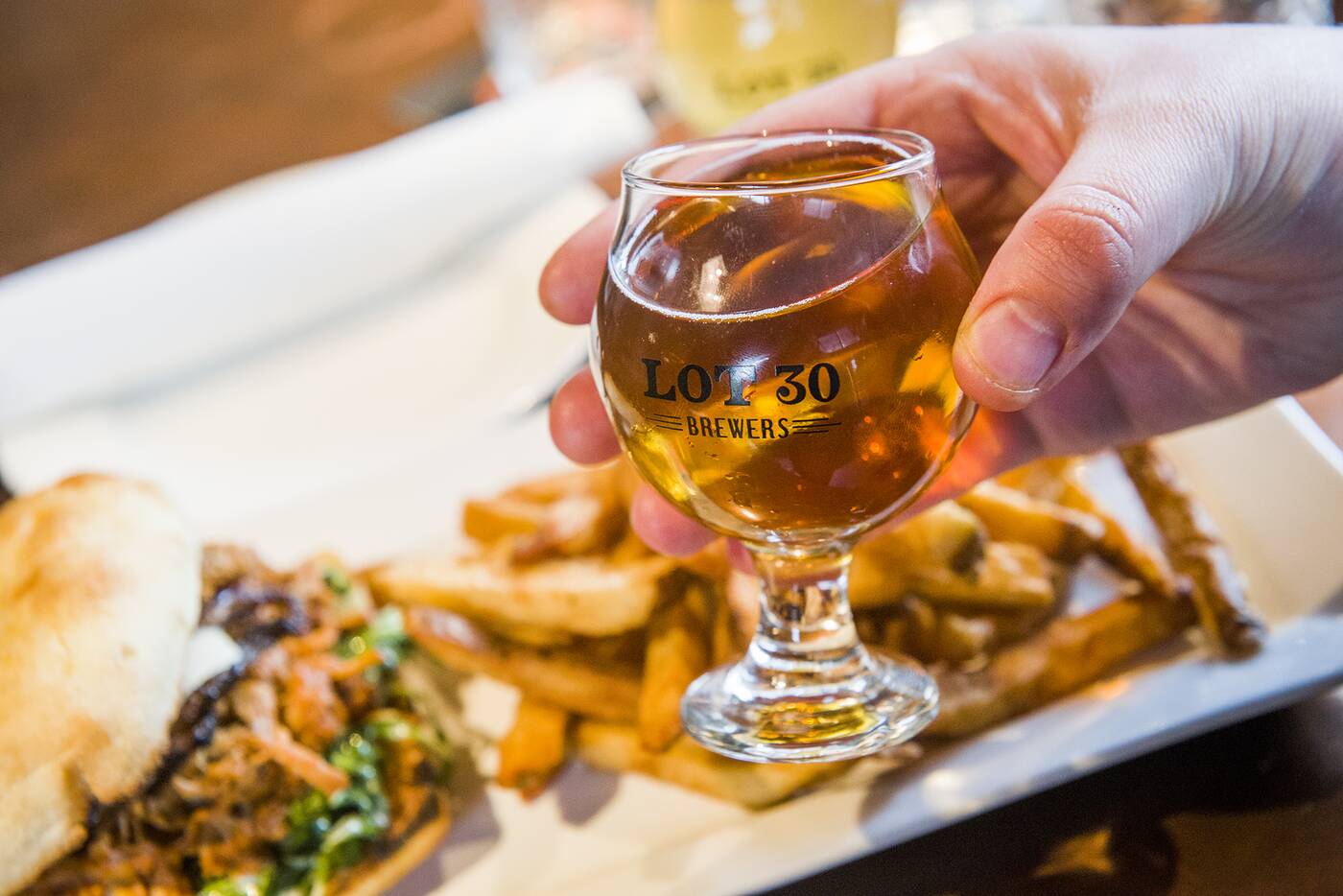 With collard slaw, grilled onion and a crispy piri piri pepper, this sammy comes with your choice of salad or thick fresh house cut fries. Pair with a round and spicy yet crisp pilsner. 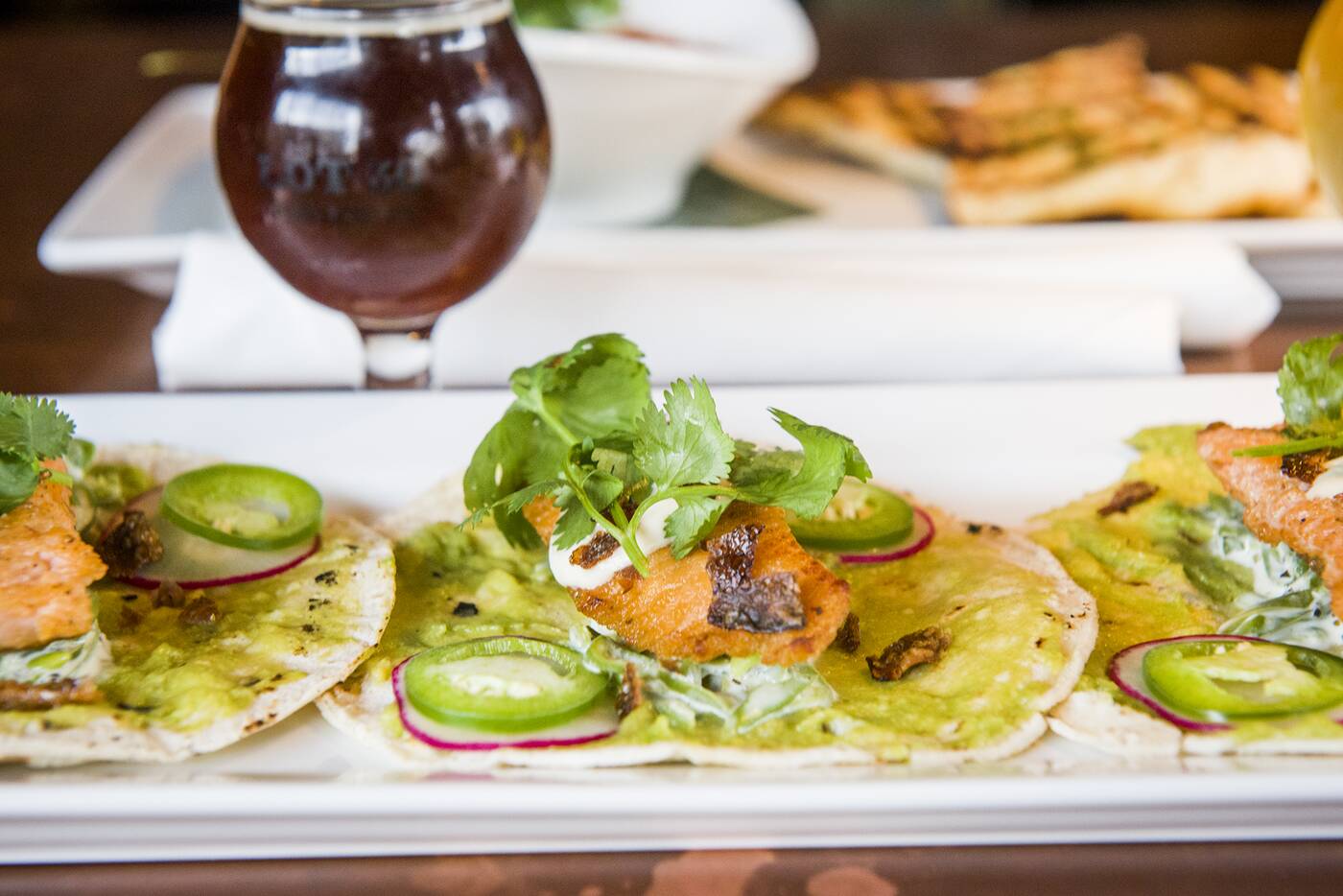 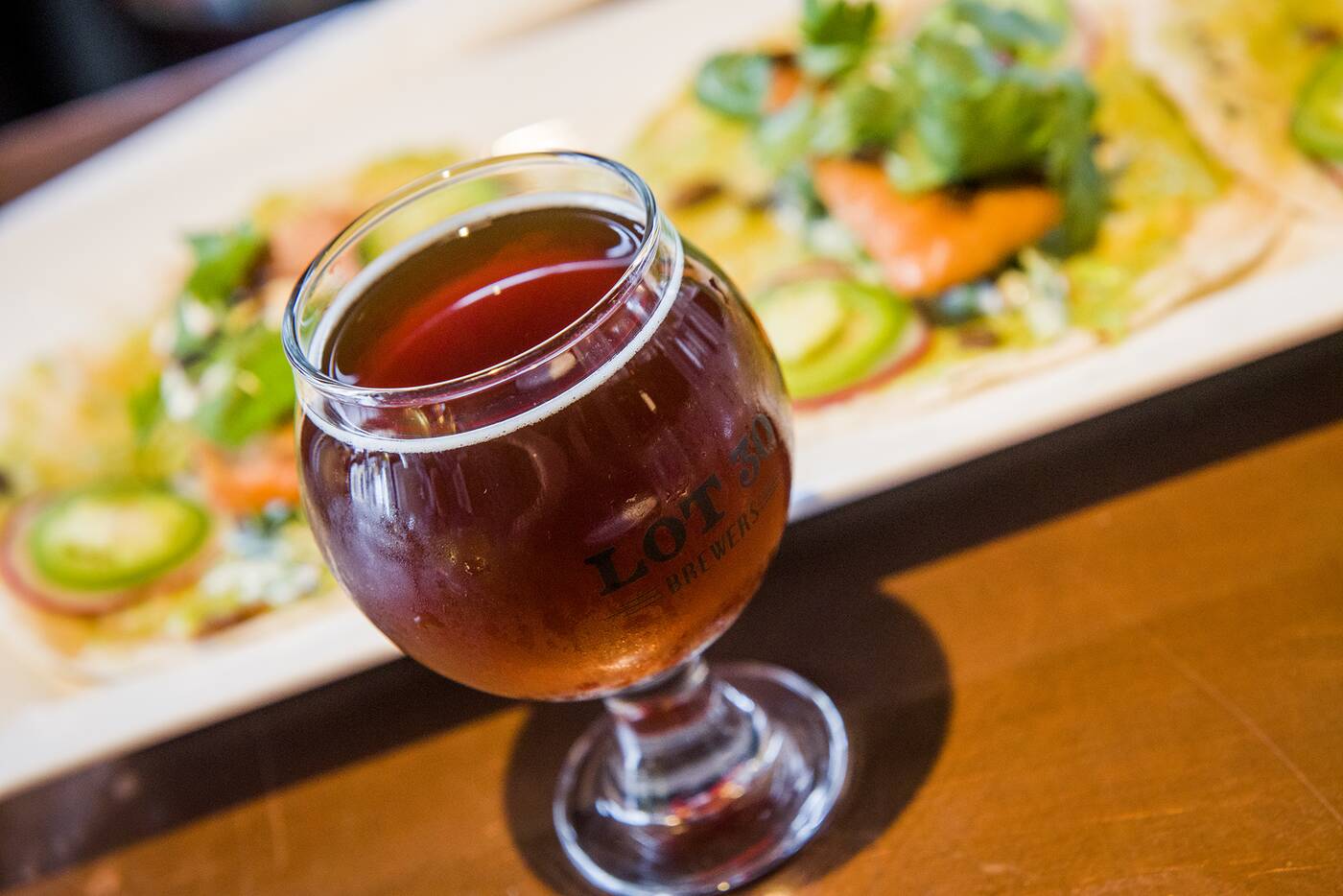 Go for a Belgian dubbel with a malty backbone to balance out the sharp acidity here. 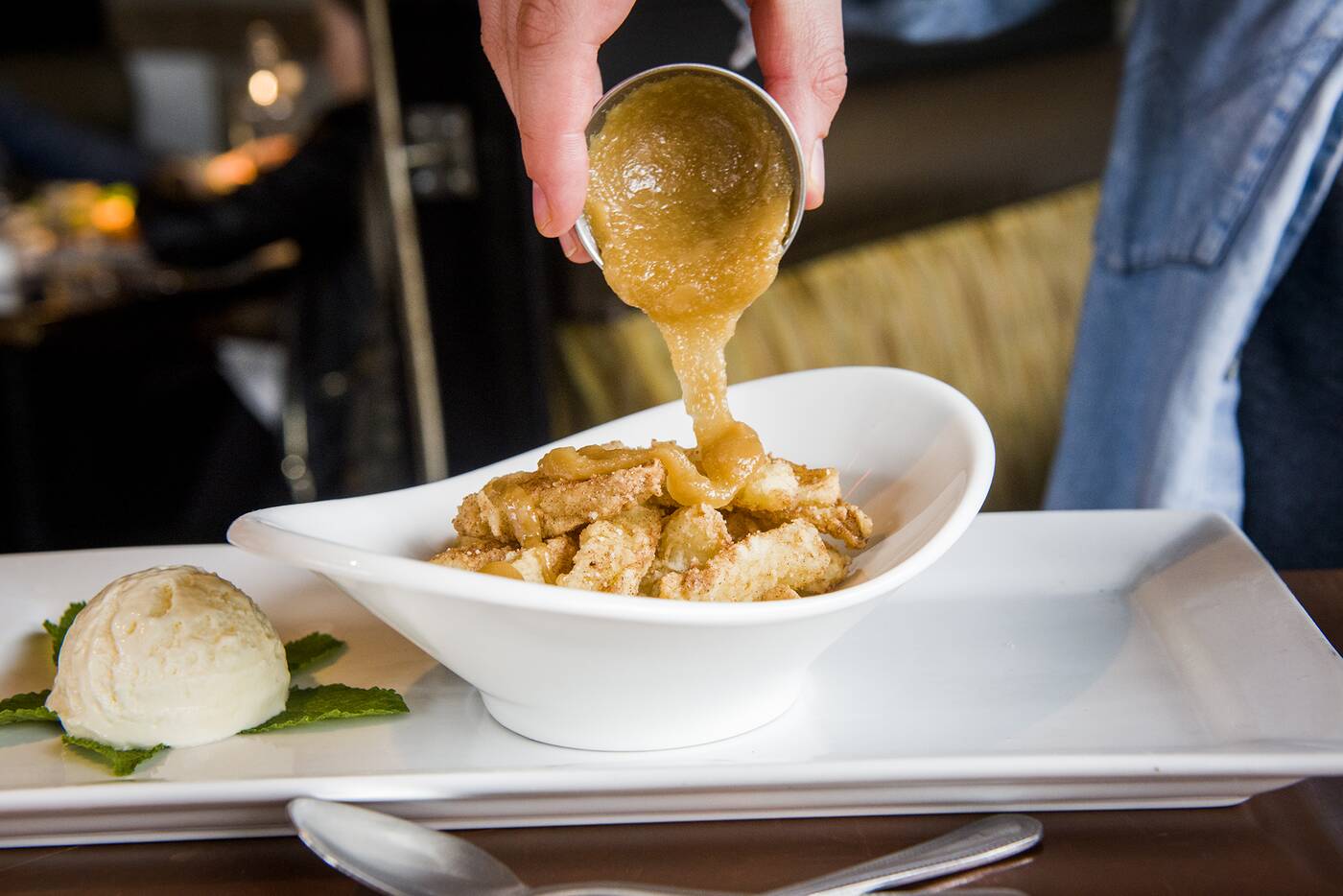 Apple pie fries ($9) are killer, with a fig “gravy” and vanilla ice cream for dipping. 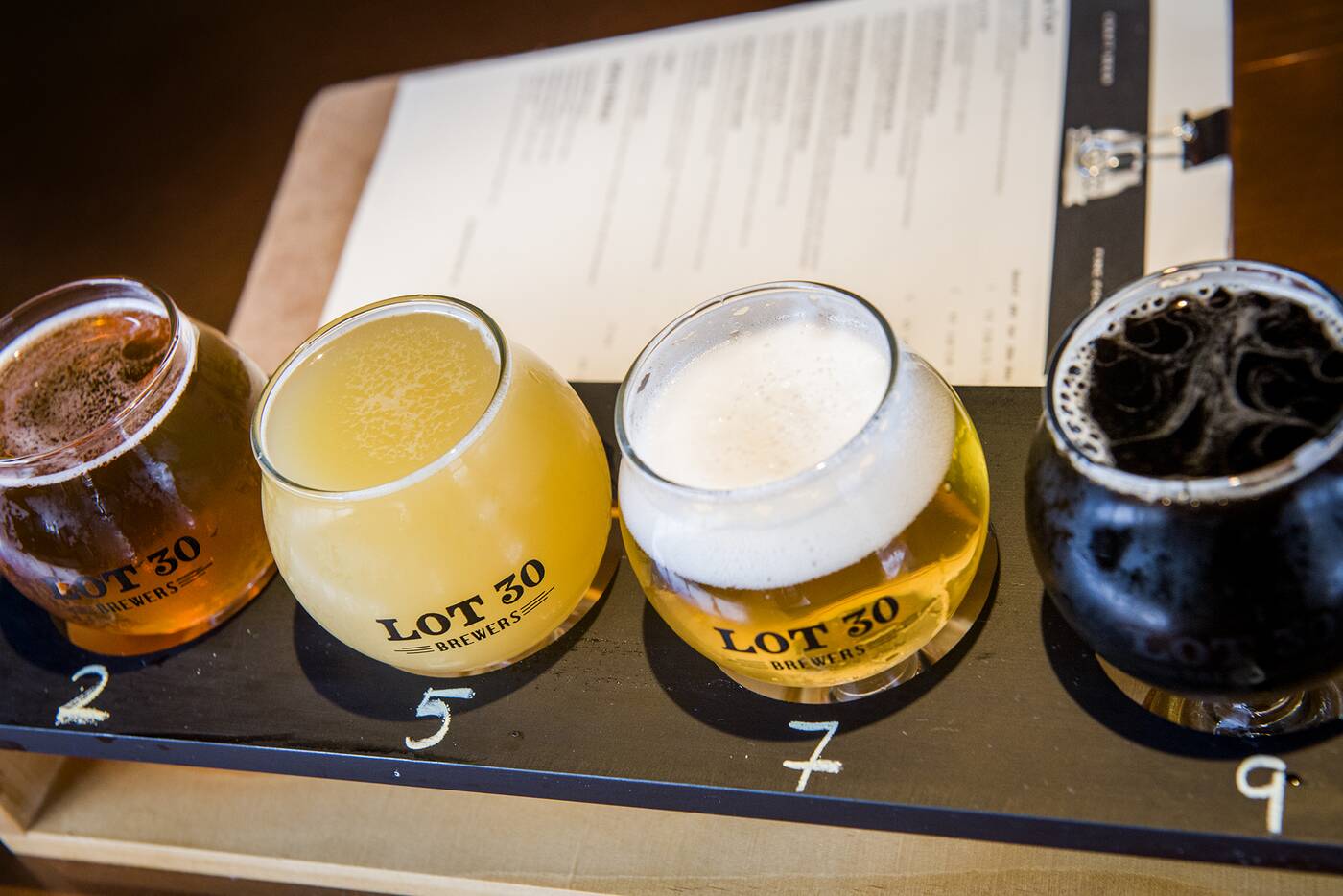 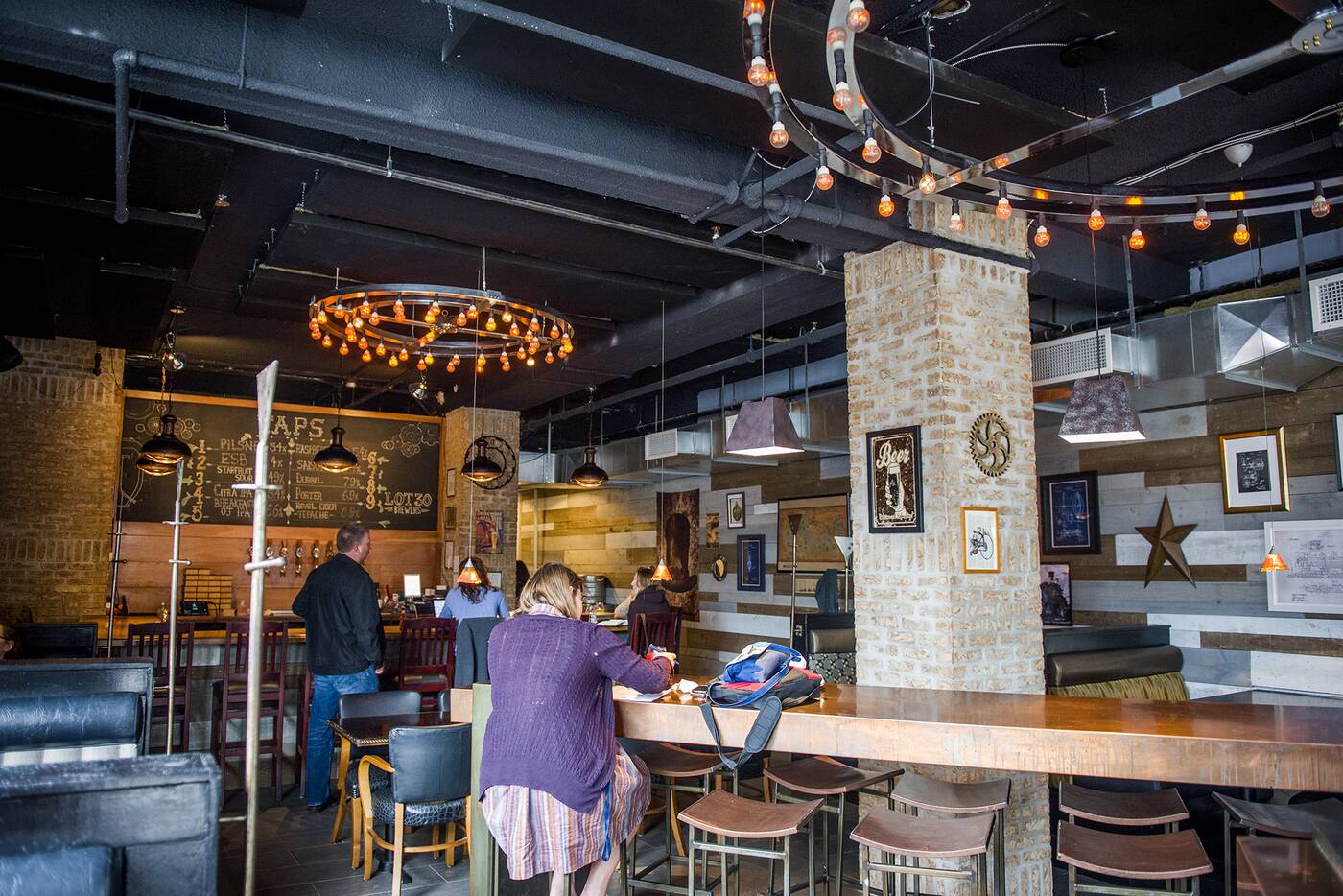 A patio with a capacity of 36 is also hard to beat in this neighbourhood. 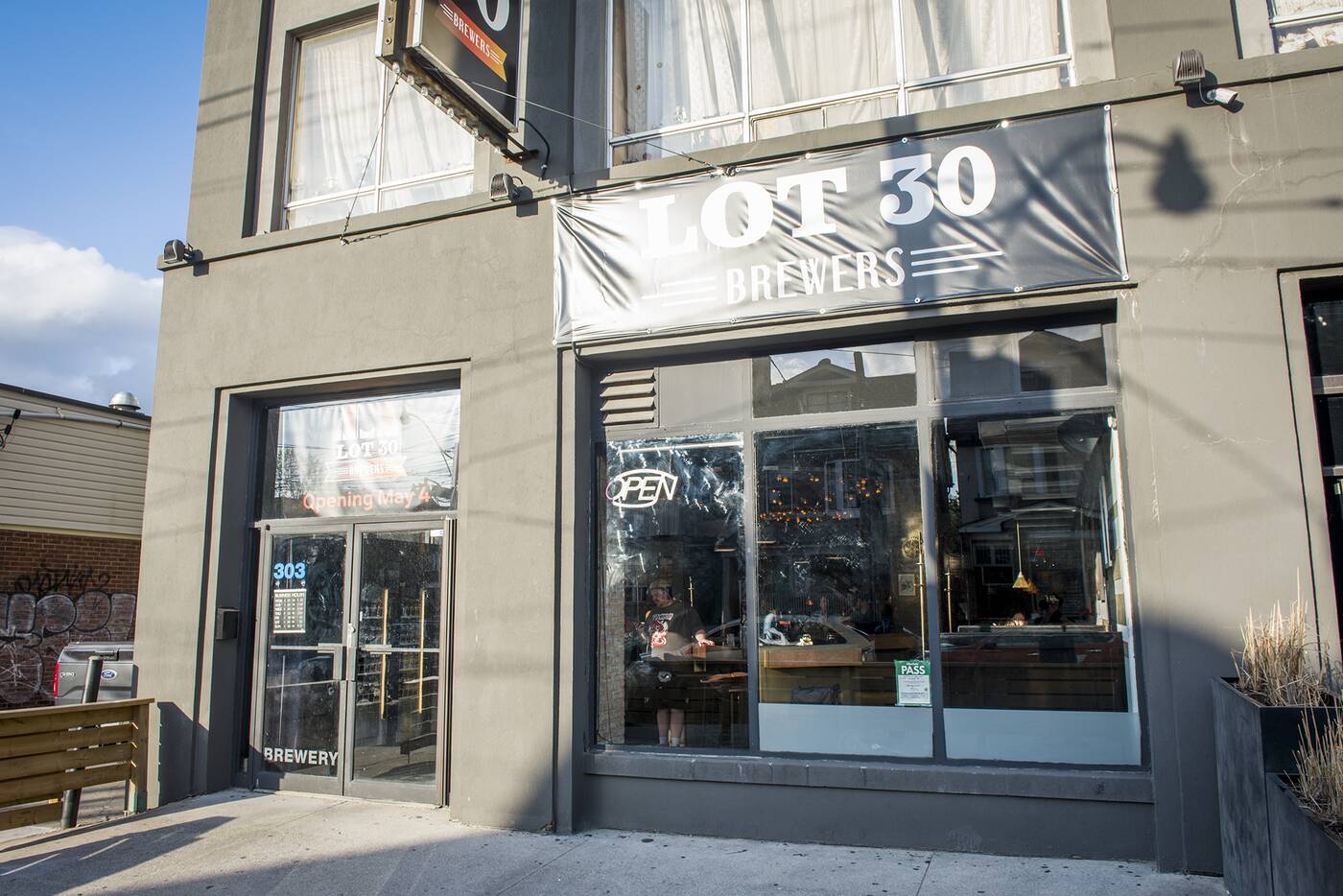