The Rabbit Hole transports you into a world where the only thing on the agenda is sipping on the cocktail in front of you and making chit-chat with your mates, consider it sort of like, well, a rabbit hole.

The first thing sure to come to mind is the storybook favourite featuring a curious girl and a white rabbit, only, in this case, you're Alice and this restaurant smack-dab in the Financial District is Wonderland. 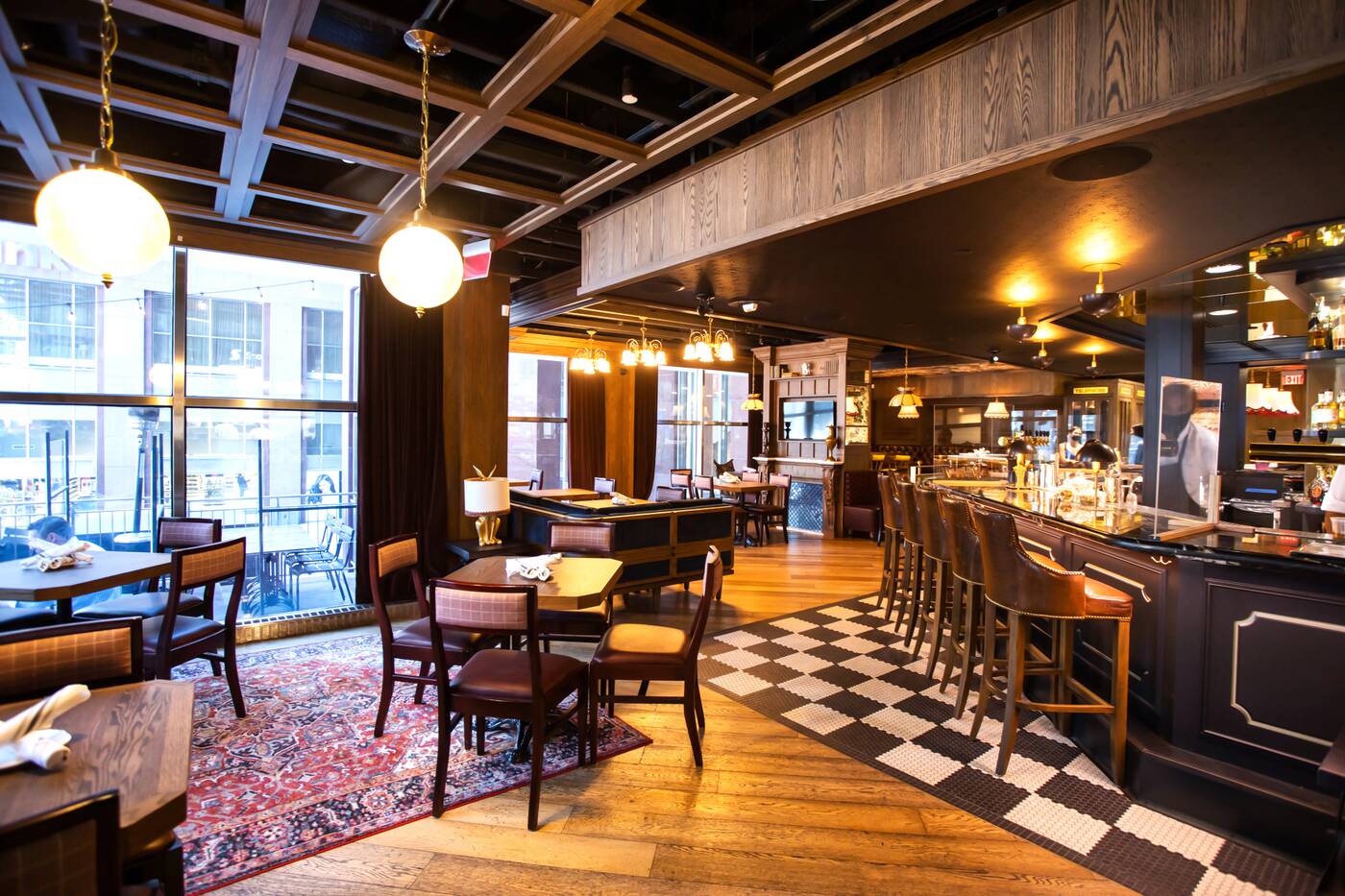 The latest Oliver & Bonacini restaurant is as close to an English pub you'll get without booking a flight to London. Previously another local watering hole, Speakeasy 21, it now stars quintessential wooden beams and old-timey desk lamps shedding light at the bar. 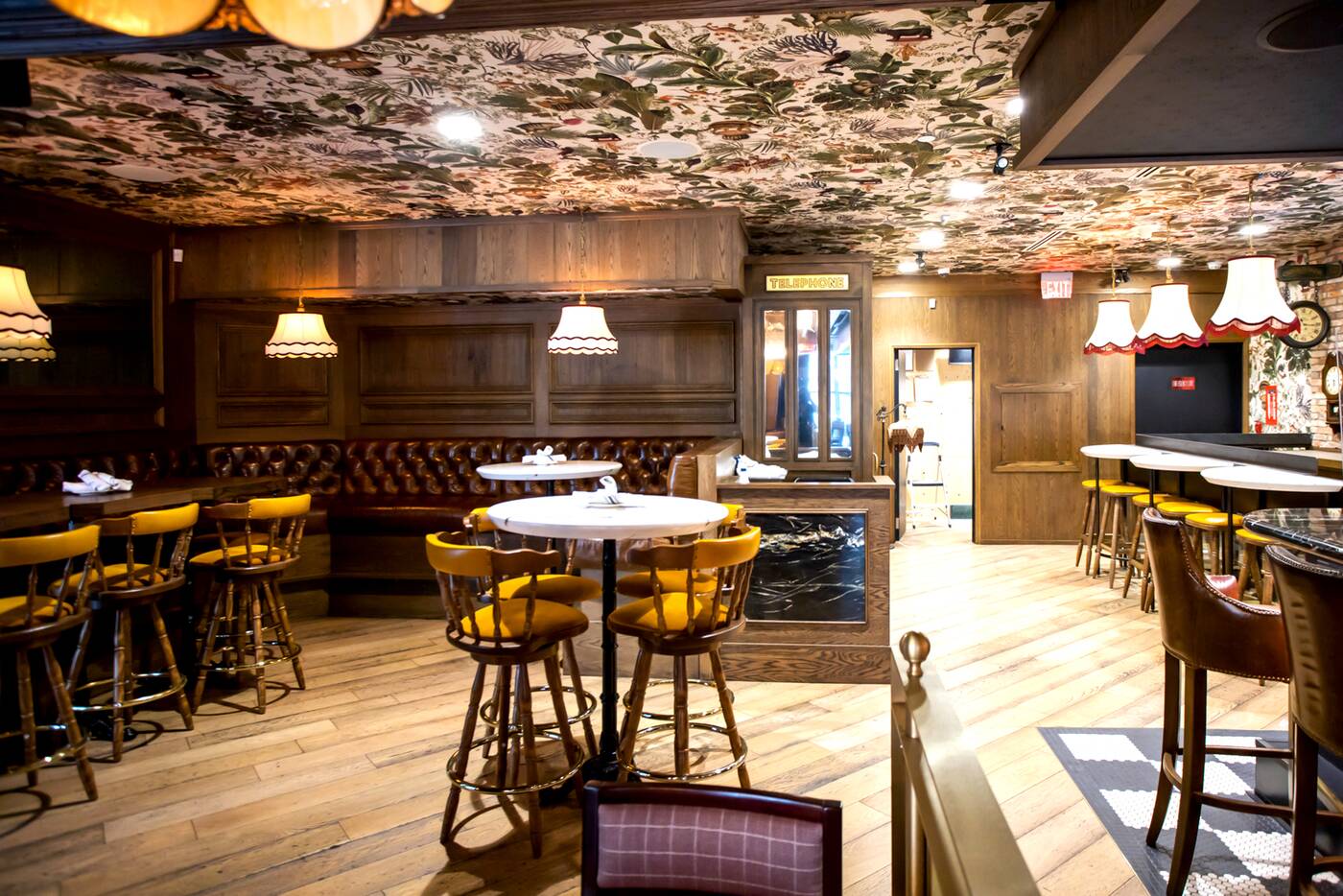 Towards the back, it gets even more British, with your classic phone booths, across from a wall of clocks keeping with the Alice in Wonderland theme, though these ones aren't stuck at six o'clock. 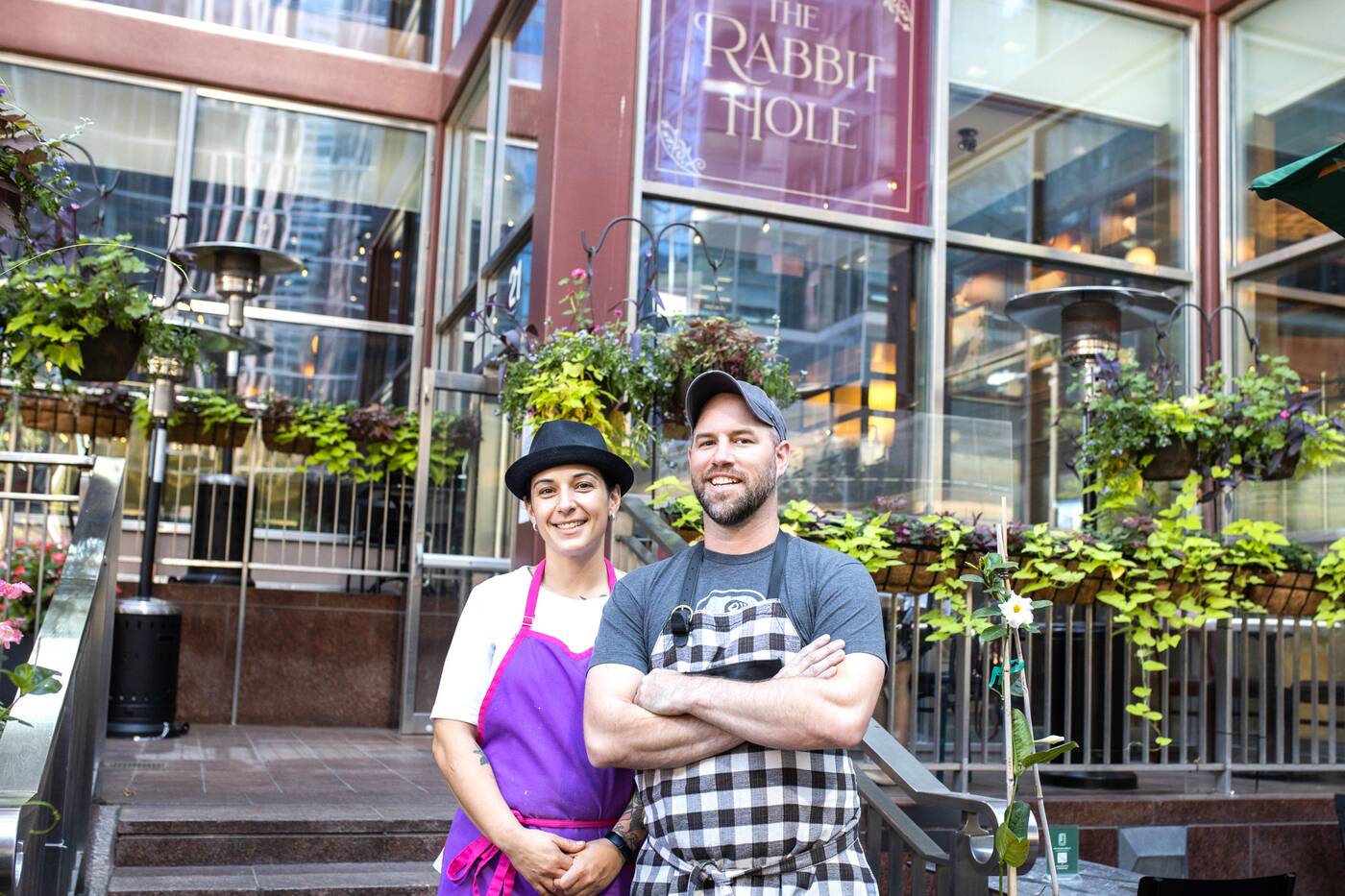 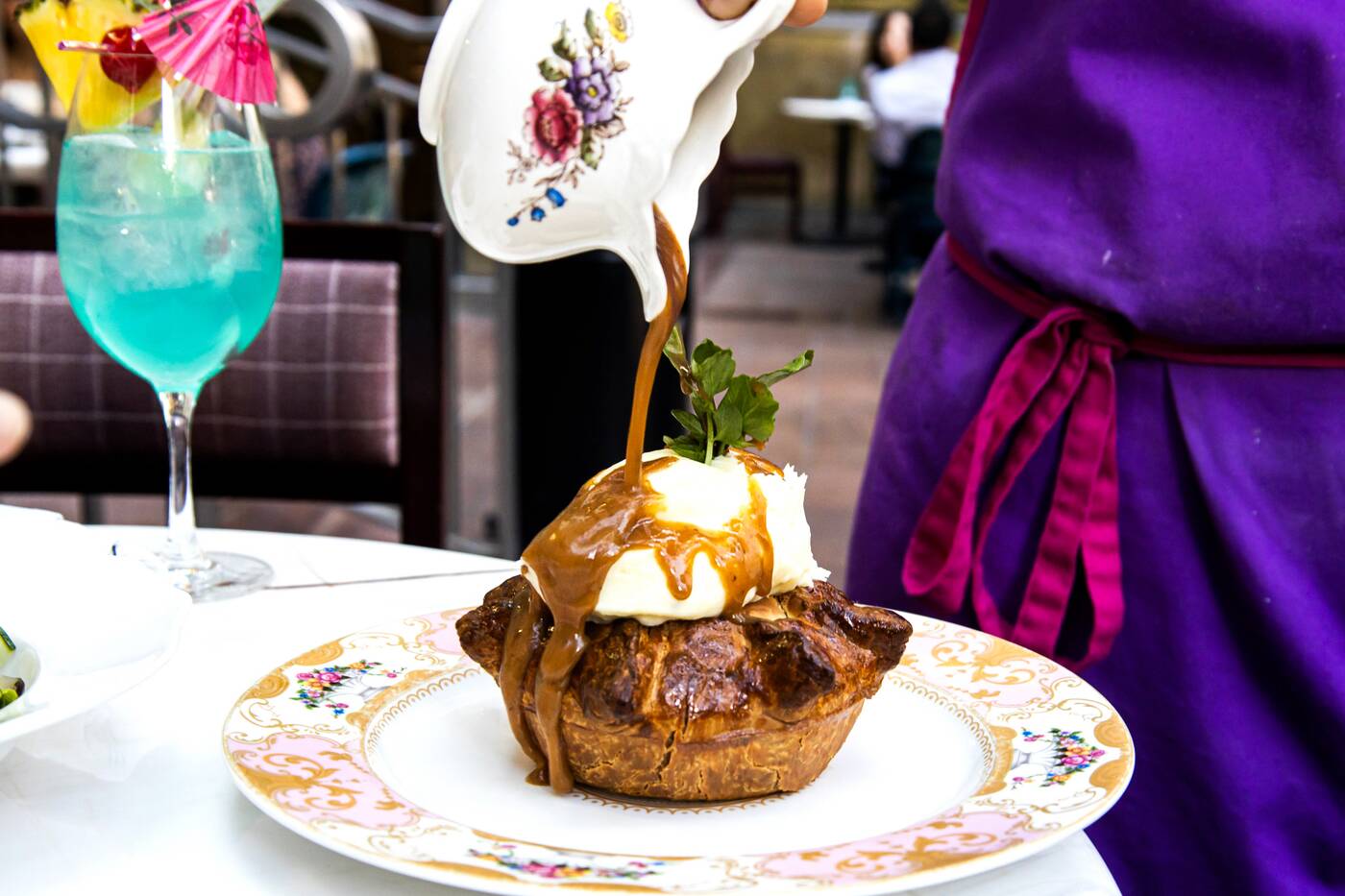 Easily the most popular of the dishes are the steak and mushroom pies ($26), of which they usually sell around 20 to 30 every day. The deep ale gravy poured over a pile of buttermilk mash potato makes it the ultimate comfort food for a rainy day. 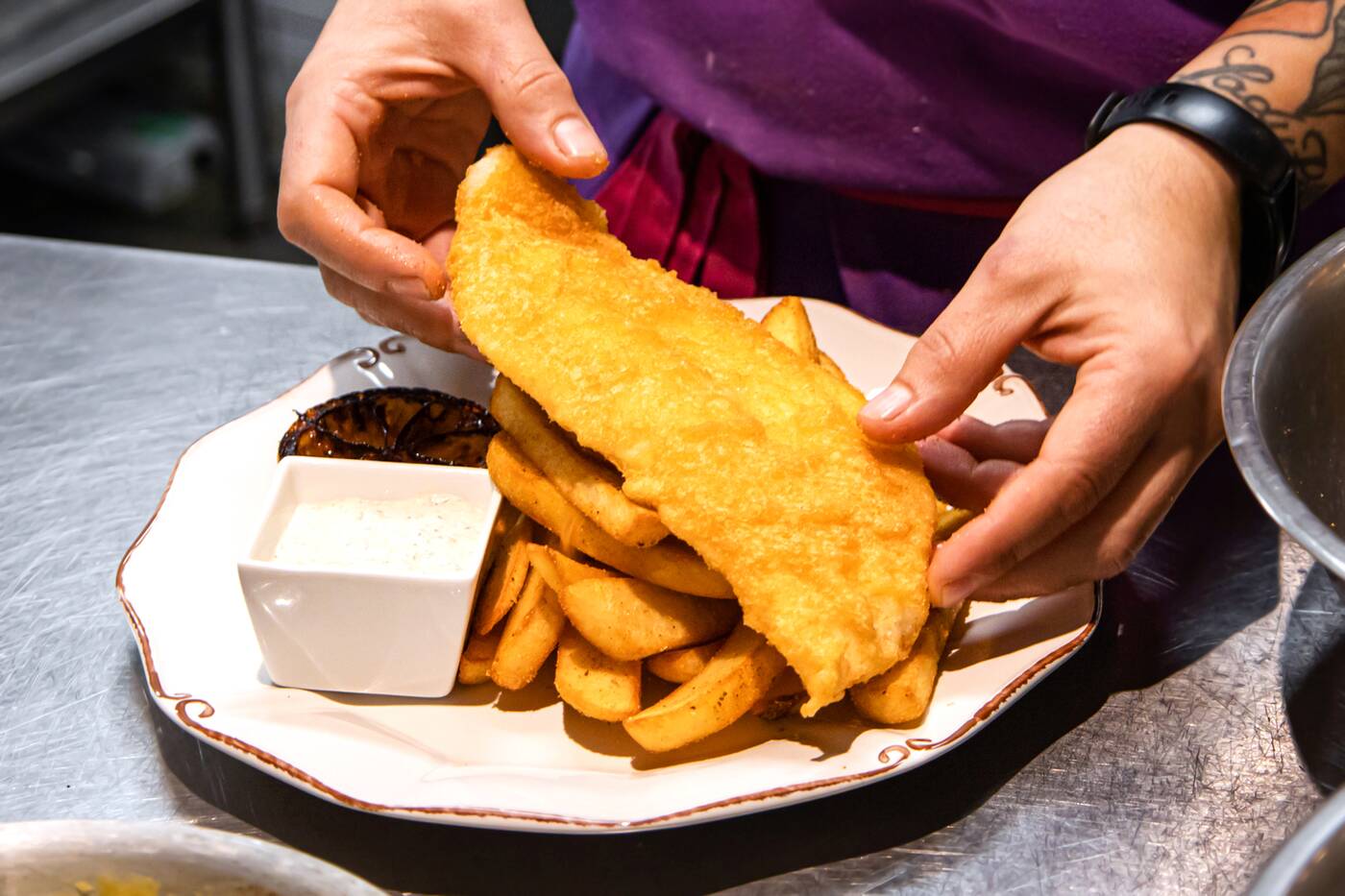 A close second is the fish and chips ($25). Fun fact for anyone interested, this British staple was actually introduced by Jewish immigrants back in the day. 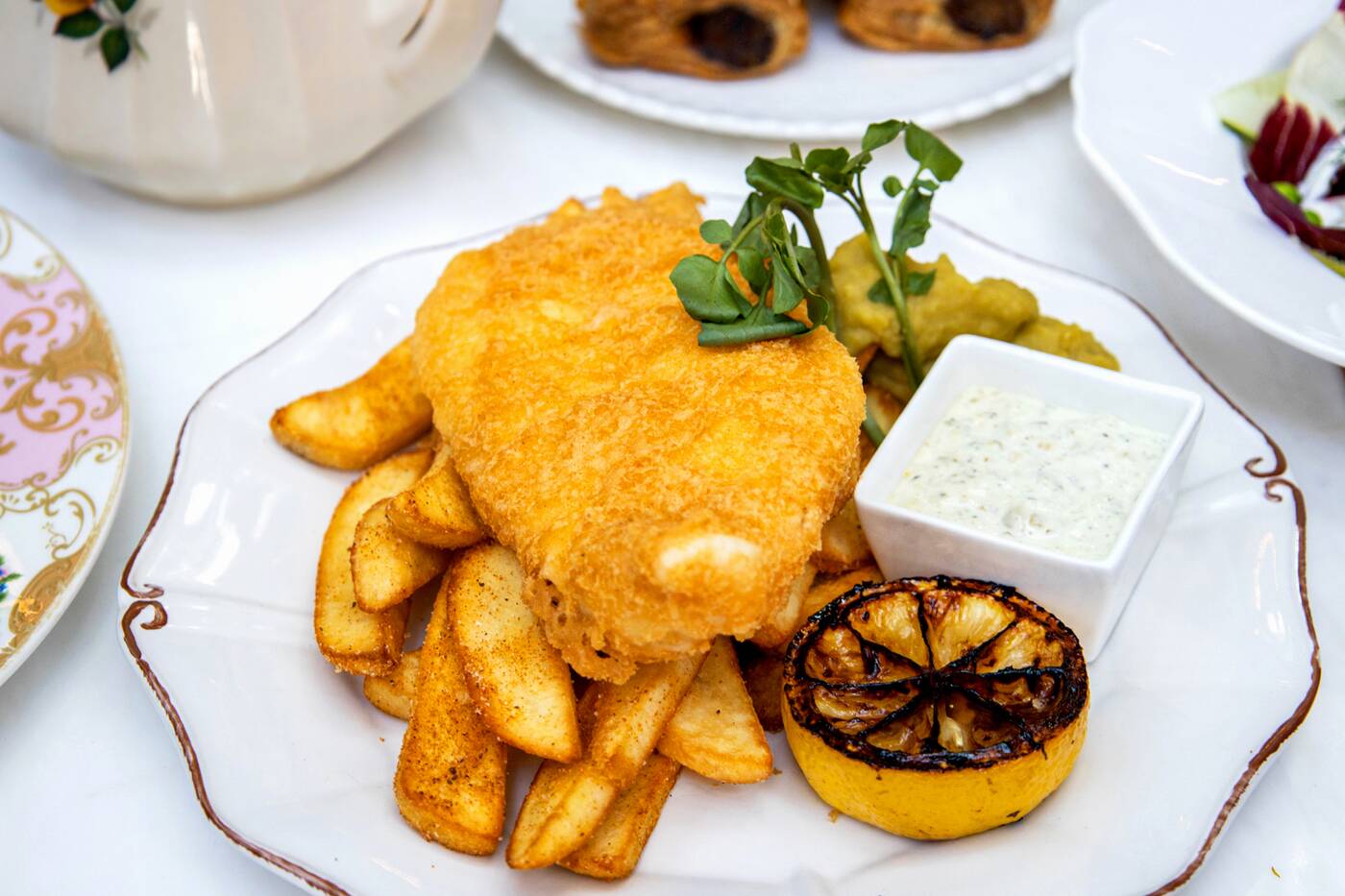 Here, it comes just as well-loved as in Britain served with ale-battered (they use Steam Whistle) halibut, mushy peas, steak-cut fries and homemade tartar sauce. 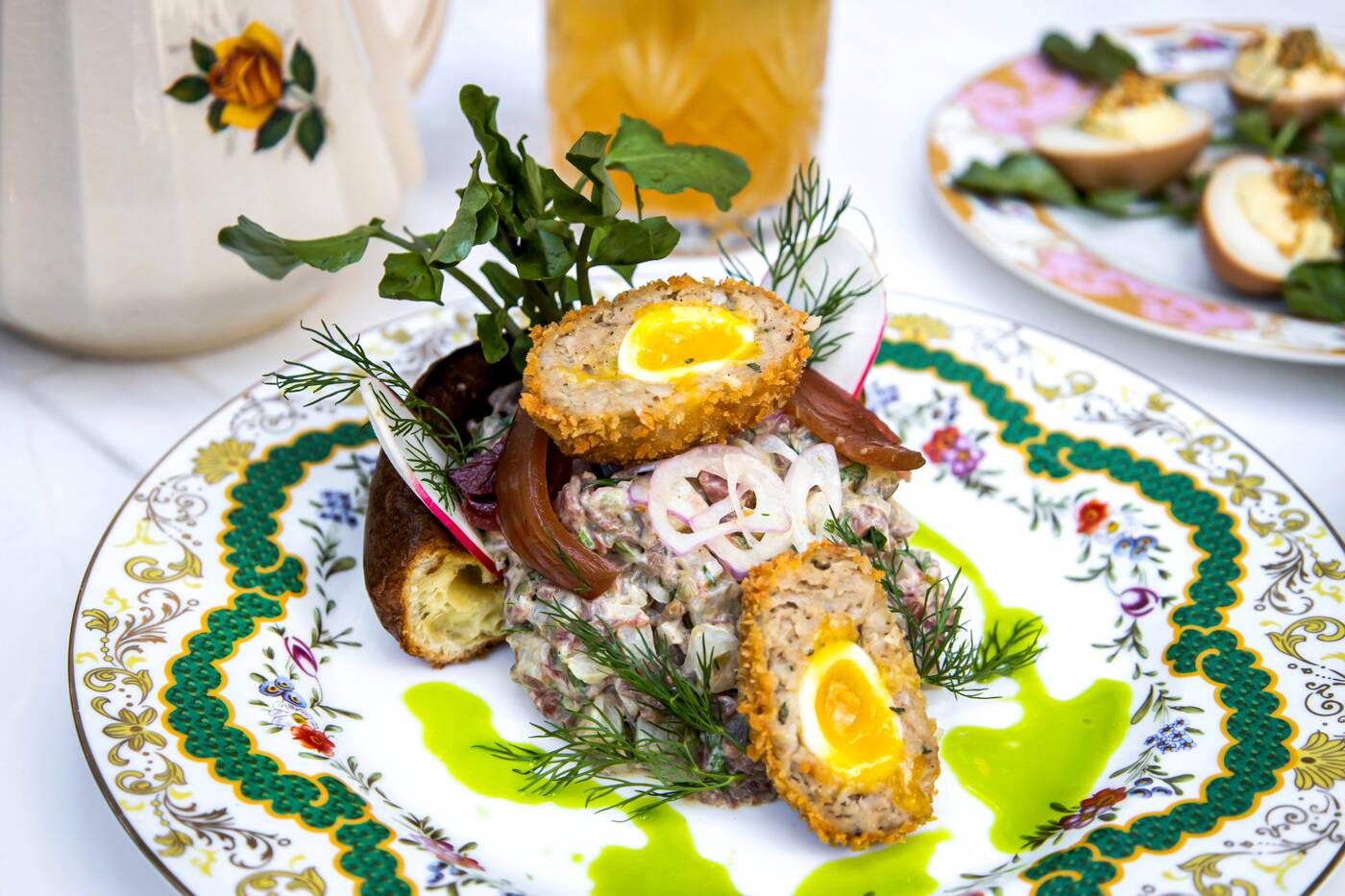 Yorkshire pudding, a common British side, is prepared a bit differently, around beef tartare ($19). Scotch quail eggs go on top and Marmite dressing, which "blows your hair back" according to chef Petracca, is drizzled over. 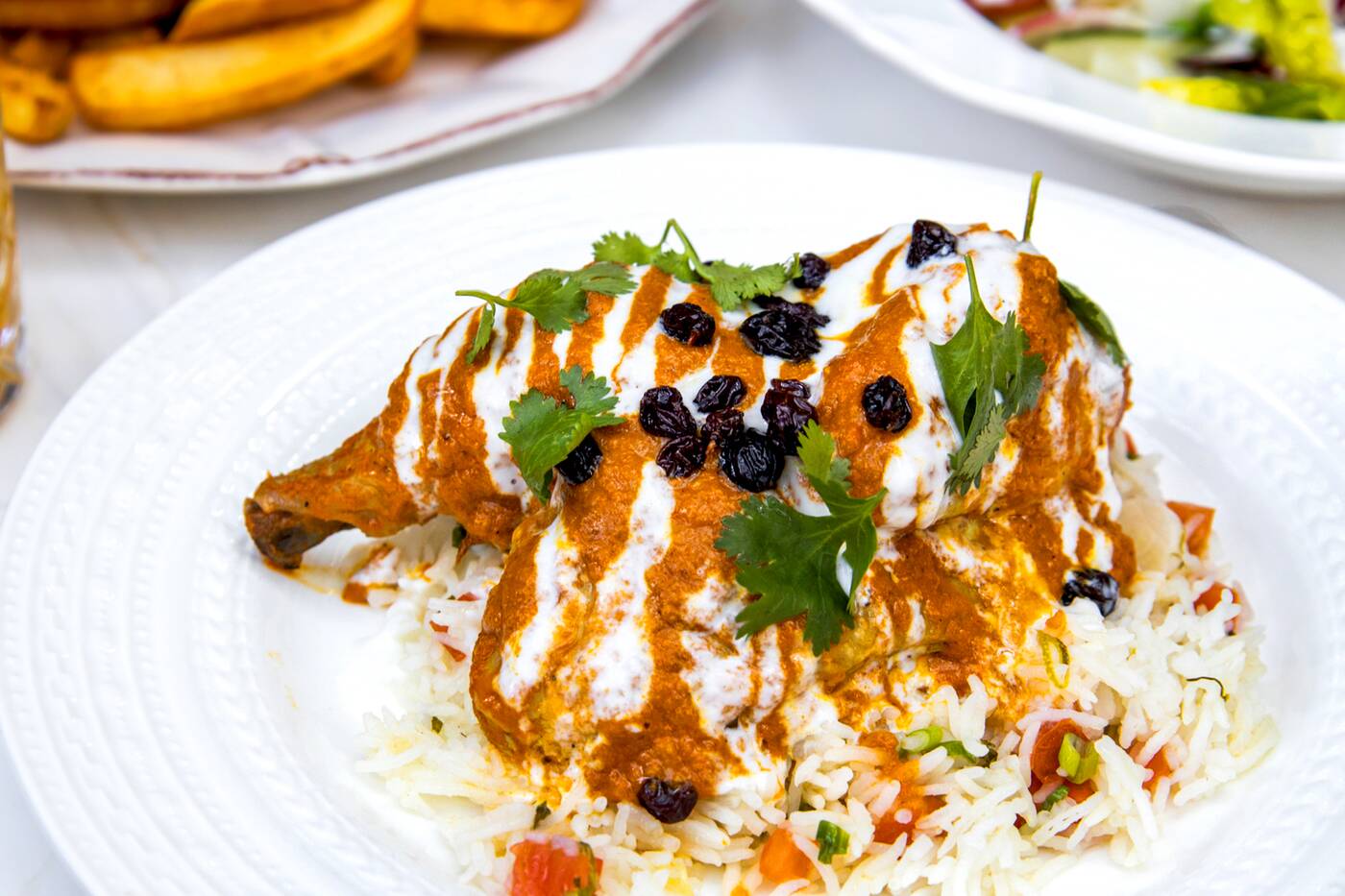 Tikka Masala ($24), a British national dish, rounds out the selection coming with a half cornish hen in a mild, tomato-based curry, covered in earl-grey steeped currants and honey yogurt over top. 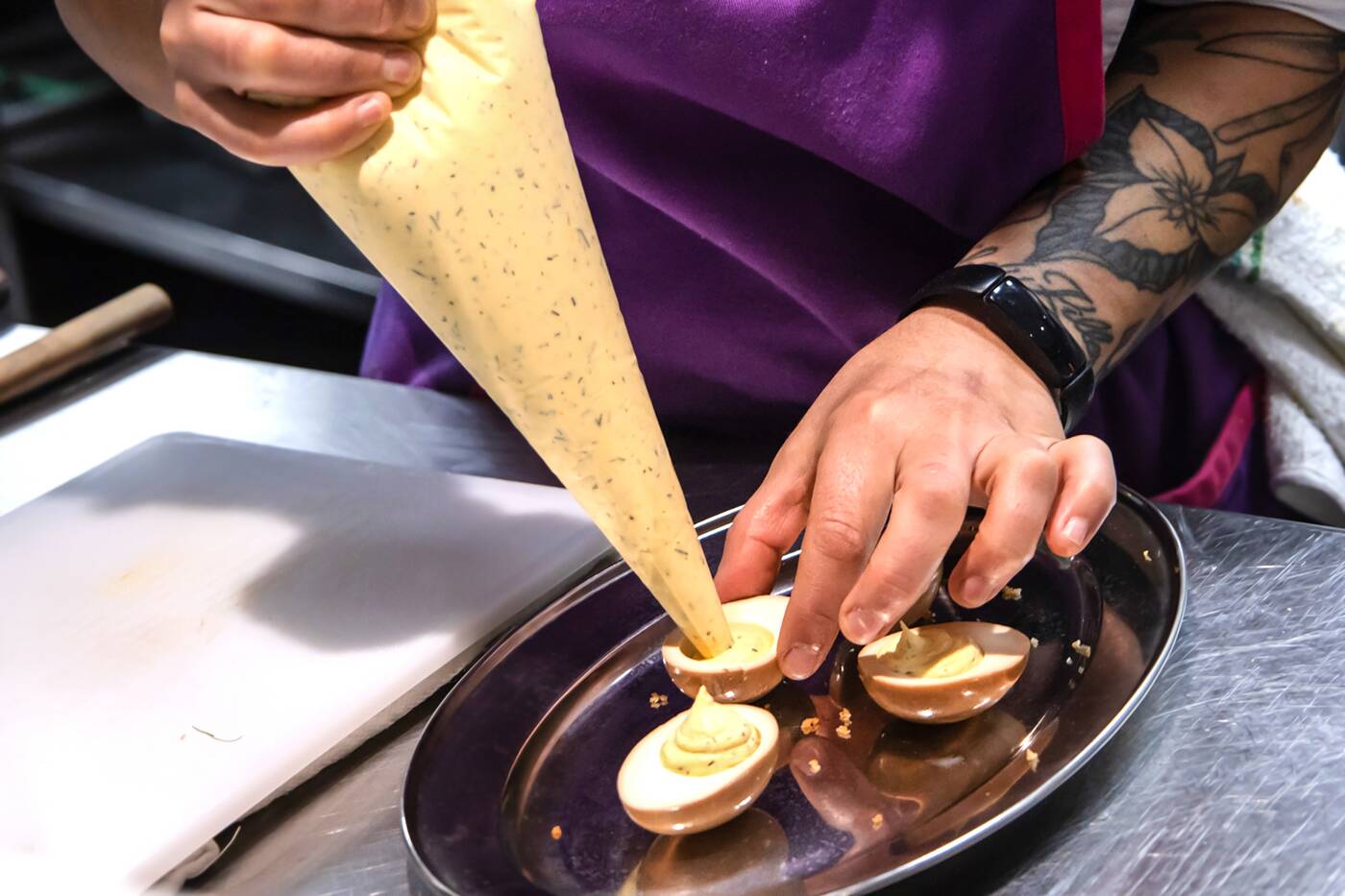 When it comes to starters, pickled deviled eggs are your traditional stuffed eggs but with some added acidity to break up the fat. 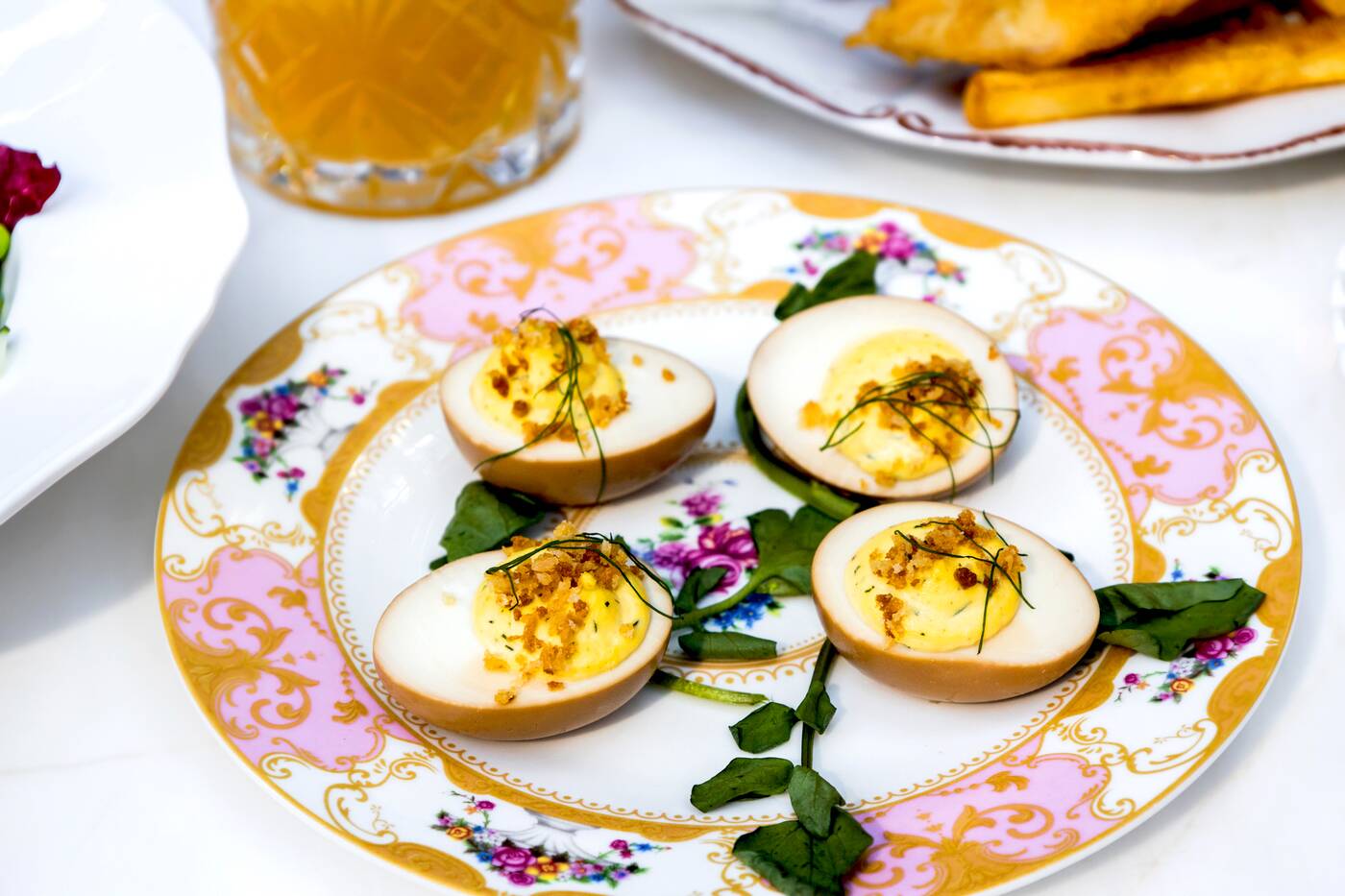 Although the strong flavour isn't my cup of tea, I can see how these would make for the perfect snack for any deviled egg fans who don't mind a bit of sour. 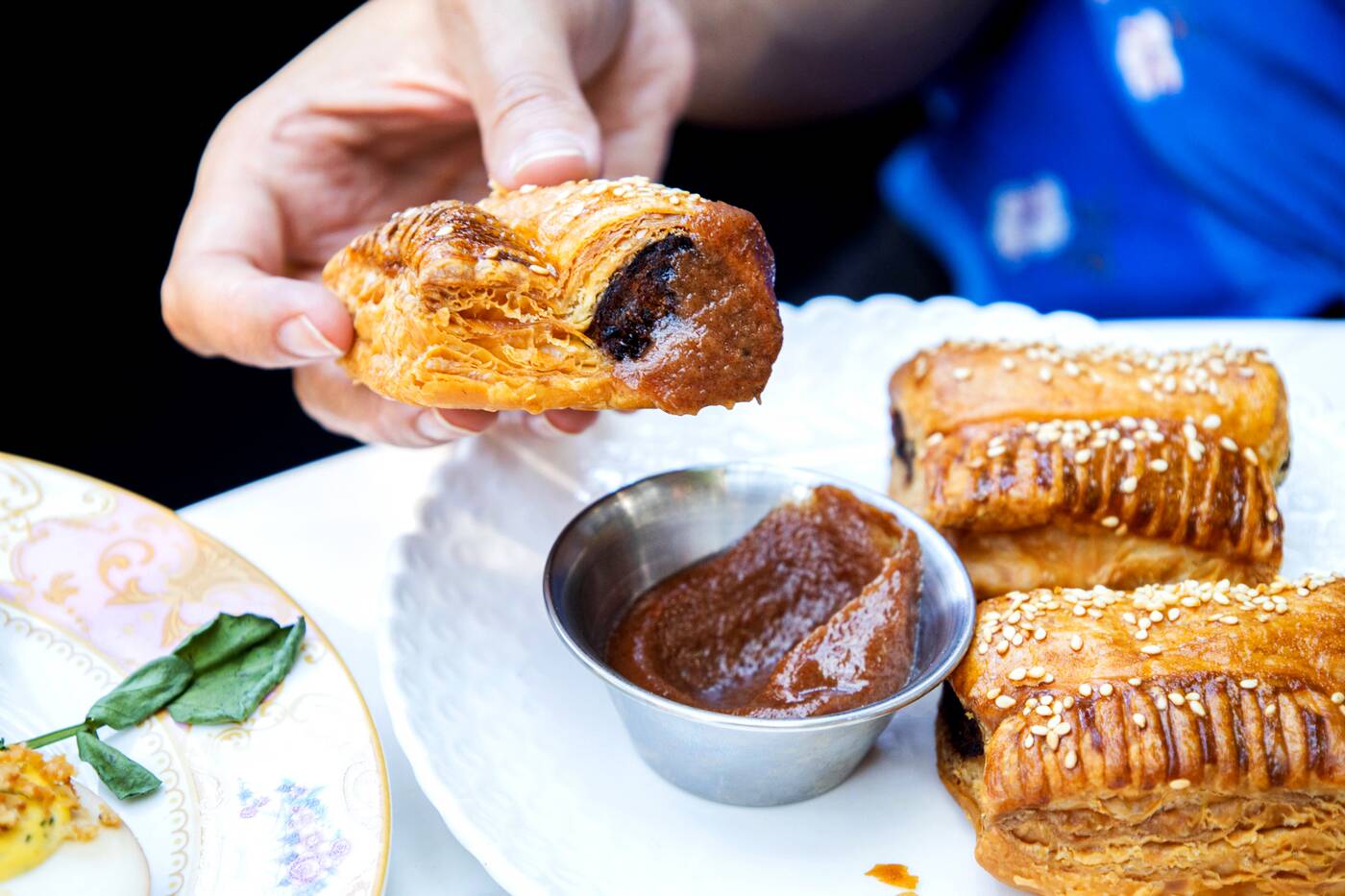 Sausage rolls are more my style, courtesy of The Common Pie Shop by Liberty Commons. The sauce on the side is made with Branston Pickle, Britain's favourite condiment. 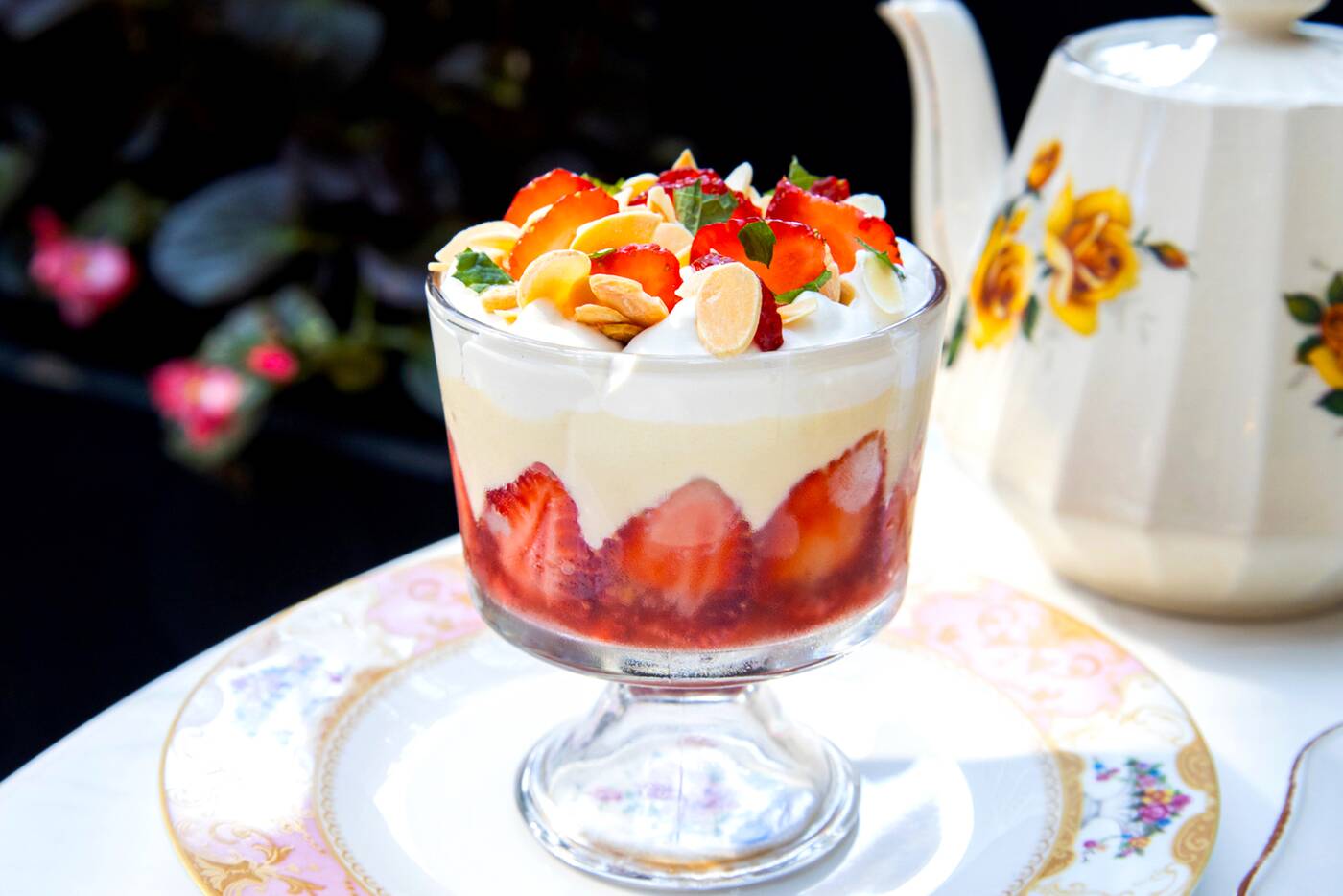 Saving the best for last, the strawberry trifle ($10) is a decadent display of homemade strawberry jelly (with the strawberries coming from local Ontario farms), vanilla custard, lady fingers, toasted almonds and whipped cream. It tastes as good as it looks. 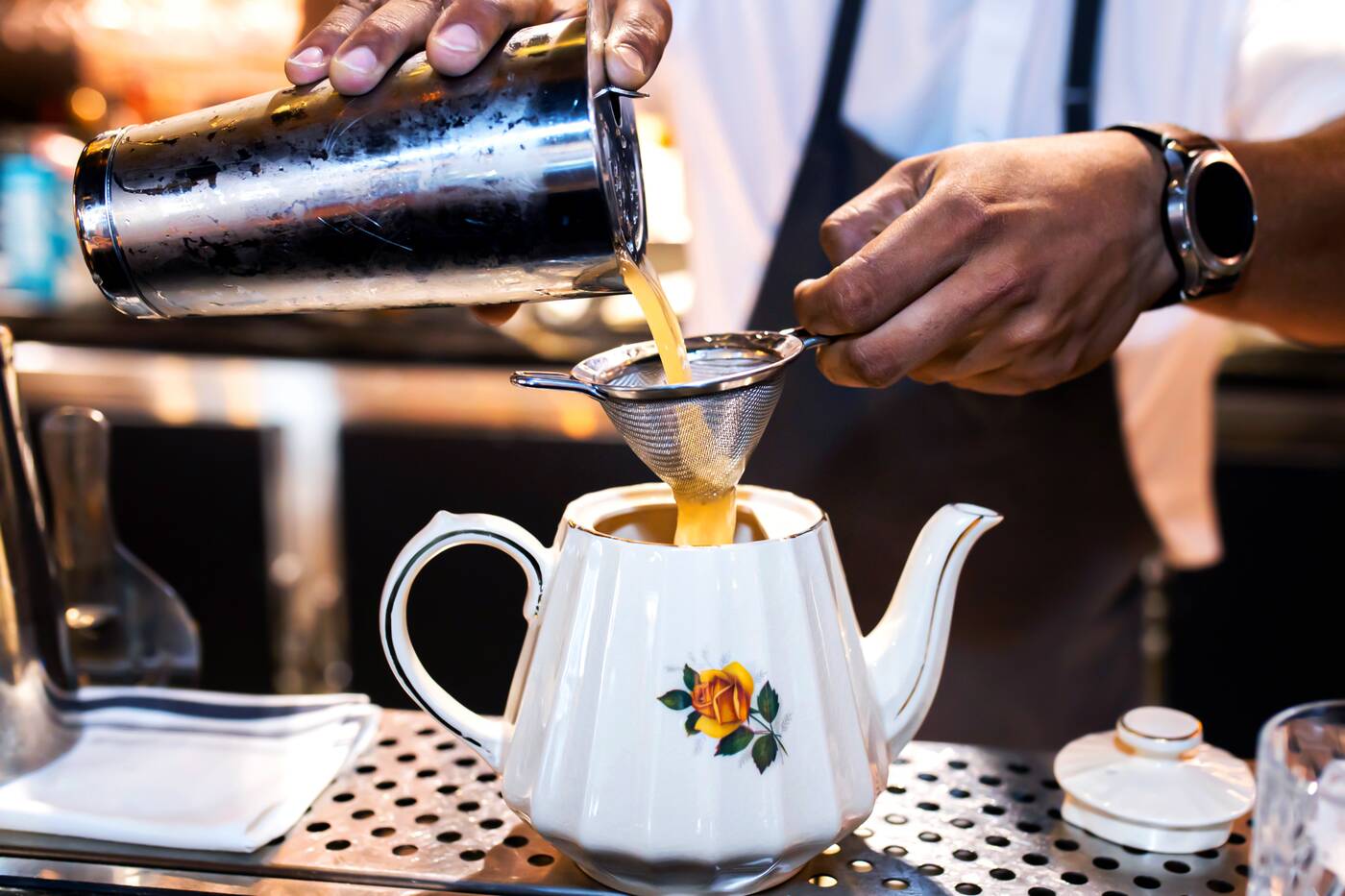 There's also a lengthy list of London-inspired cocktails with whimsical names that are odes to storybooks like Mrs. Tiggy-Winkle. Others are references, some more subtle than others, to British culture. 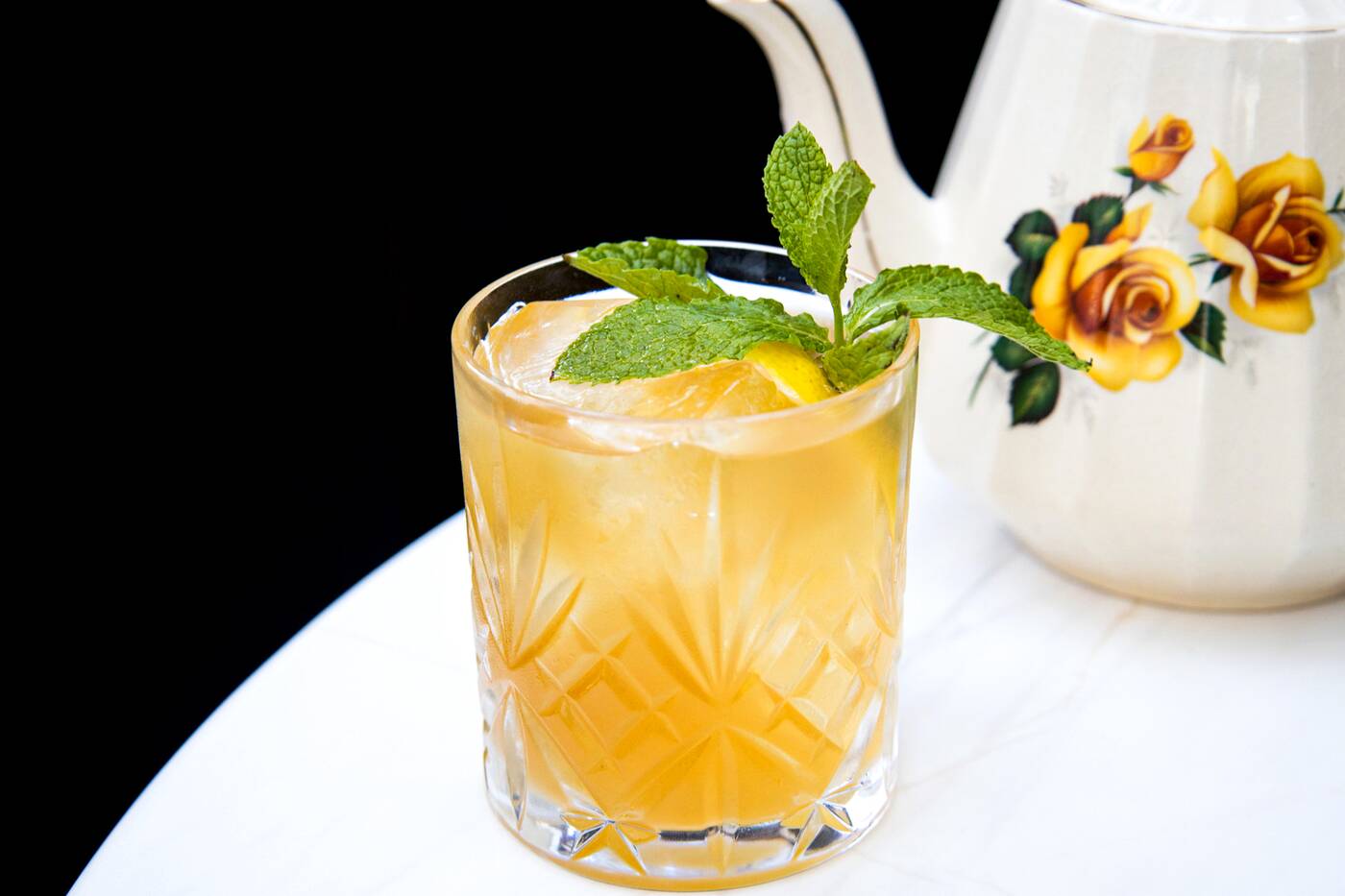 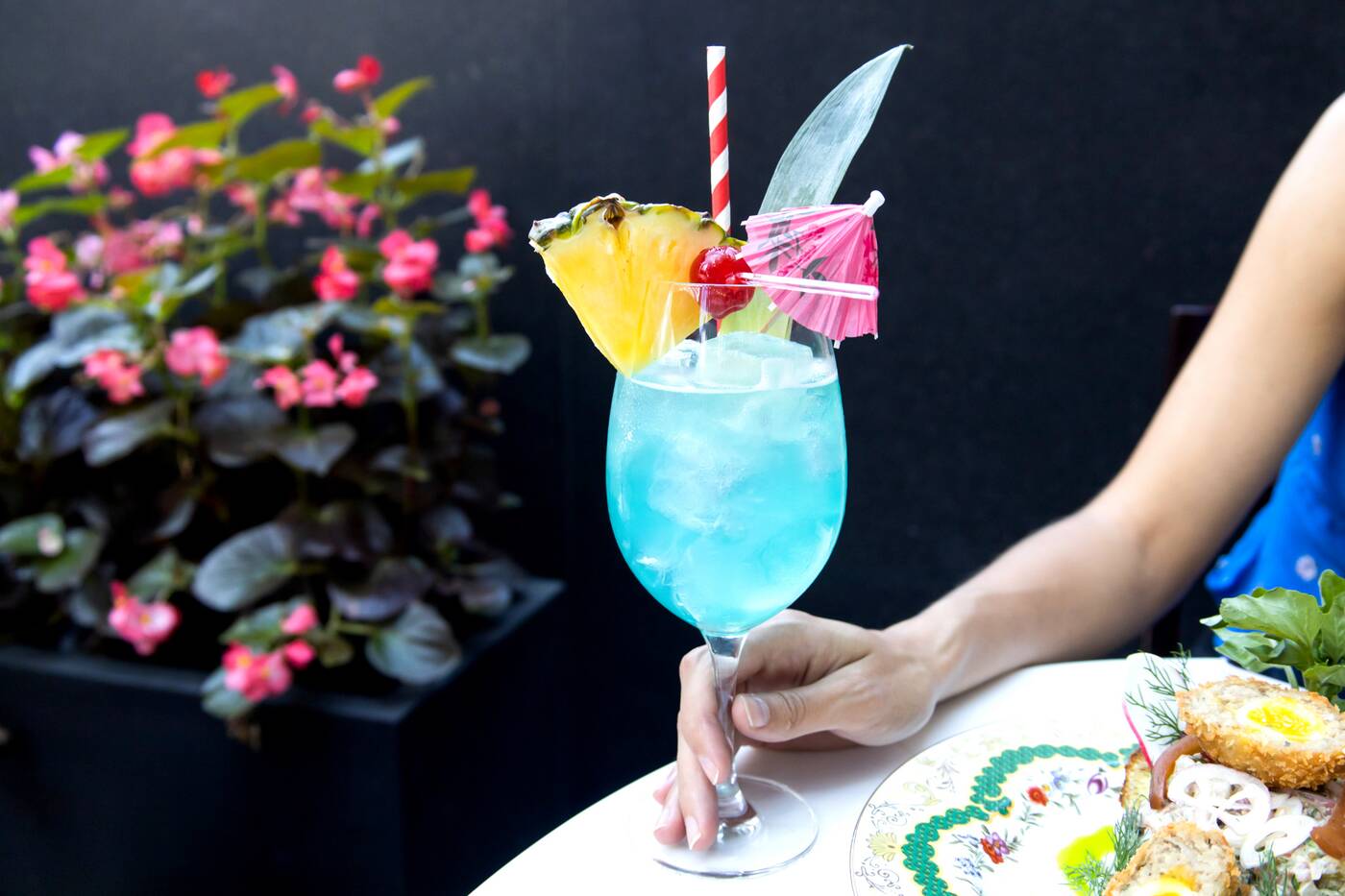 Del Boy ($17) is another drink that's named after the main character of Only Fools and Horses, a UK sitcom, and it's made to look like the cocktail he often orders in the show.

It gets el dorado rum, crème de banane, blue curaçao, montelliana spumante, and a taste of the tropics with pineapple, line and coconut.

If you fancy some sun while indulging in all things English, take a seat at the three-level garden patio that overlooks Adelaide Street, and lose track of time. 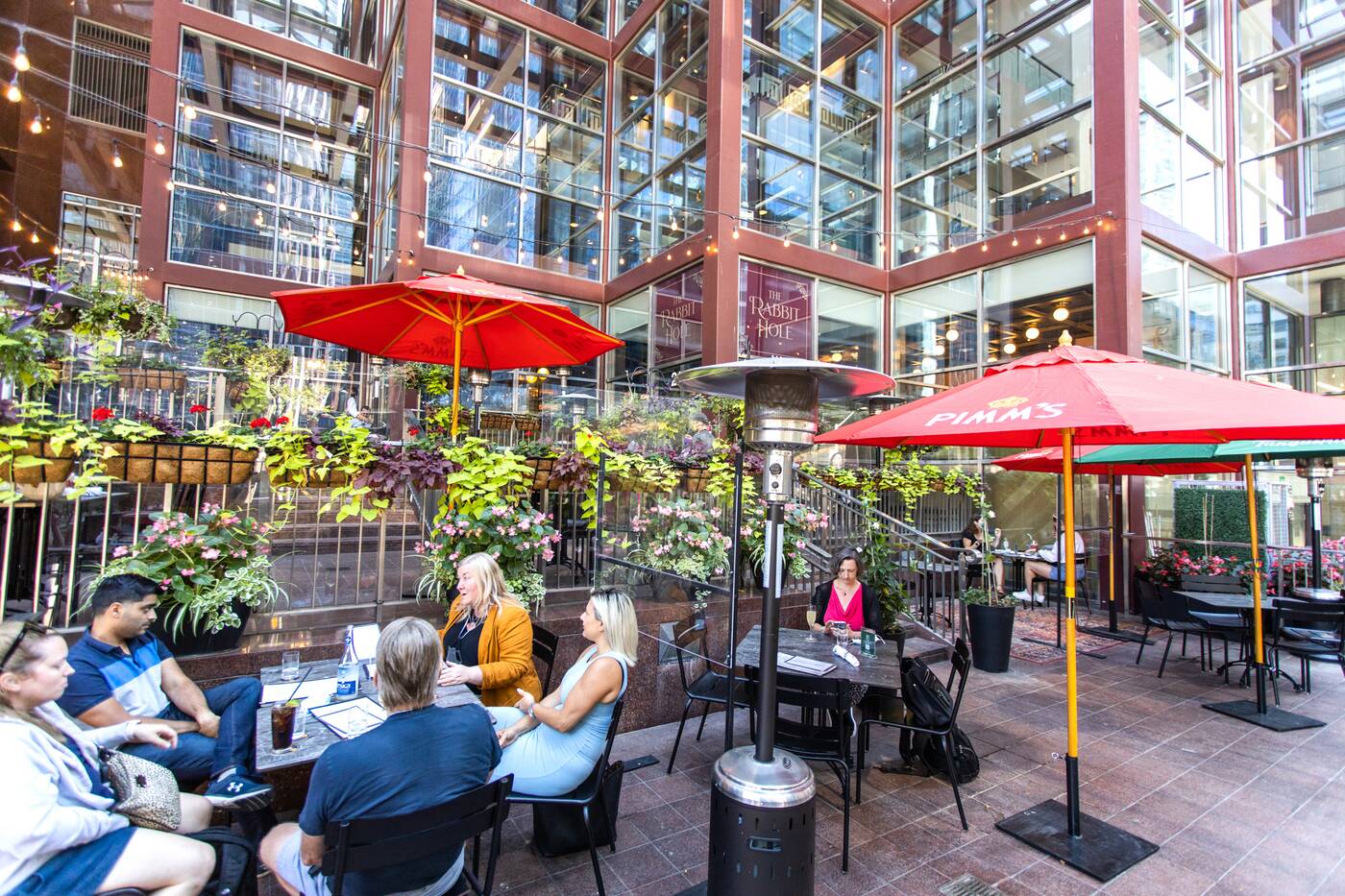