Gallery Bespoke exhibits the mundane as the exquisite. Take its gold lambkin and Teflon oven mitts as example. Or laser-cut brass plates on black twill canvas cushion covers, proudly displayed on the wall. The idea is home furnishings turned haute couture, and Camal Pirbhai is the brain behind it all.

I drop by Camal's Yorkville gallery just as he's in the midst of shooting for his next collection. Paired up with production team OTALKO, the "Accessory" collection features 10 mini-films shot over 10 days where models wear household furnishings as they would high fashion clothing. But I turn my attention to Camal's current exhibit, "Fool Me Once," in which he paired up with artist and friend Norah Deacon to create curtain panels that are much more than something you'd use to block the sun. 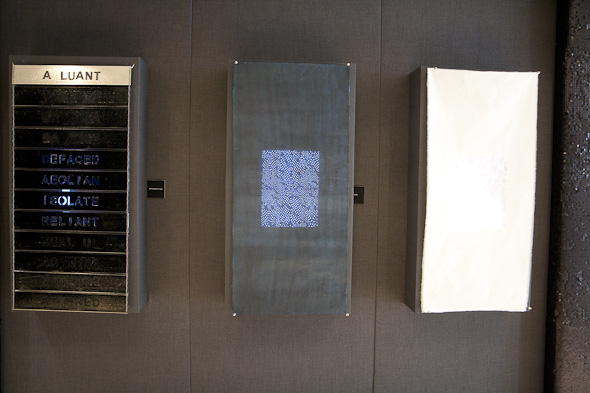 Each piece is multifaceted, layered to deceive the eye. "Losing Places" looks simply like lines of silk and metallic thread on a linen square. Then Camal switches on the looped film behind, whereby musical notes pop up and reveal the lines are actually a staff. My favourite, "Cicatrice," is a block of silk chiffon with hundreds of straight pins meticulously attached, arranged in a floral design in front of a film of a running man. 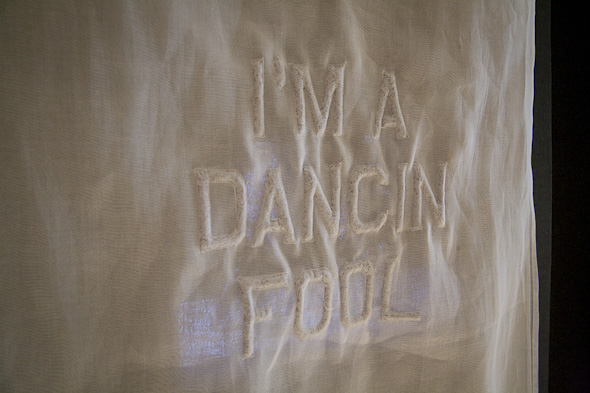 "I studied curtain-making in London," Camal tells me as his daughter, Heidi, wiggles in his arms. The poshness of the Scollard Street gallery is brought down a few notches--refreshingly so--as Heidi points a sticky finger at a bag of chocolates she so desires. "I'm always pushing the envelope; with my designs, with working with designers and their clients, so I wanted to create a space where I could showcase that creativity." 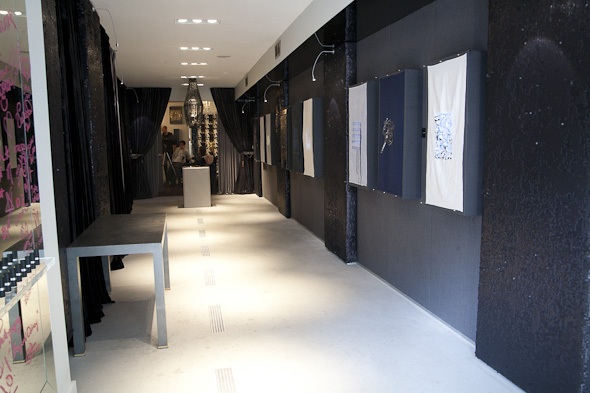 Gallery Bespoke is also a venue through which Camal wants to showcase Canadian designers, and every few months he reveals a new collection on which he has collaborated with a different artist. Previous collections--some of which can still be found in the gallery--include his "Tied Back" tassel collection, his "White Light" collection of curtain-akin dresses, and his "5SIX7ATE" collection with the aforementioned gold oven mitts. 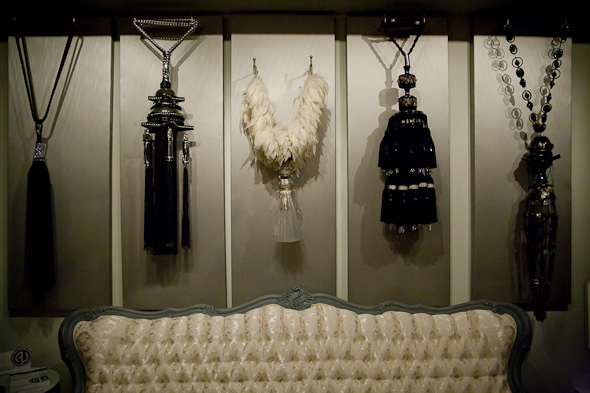 "Nobody in the industry really does curtains like this," Camal says as he walks me around the space. "The gallery is my way of showing what I can do, without upstaging designers. I just love what I do, and I want to show it off." And doting visitors have expressed their appreciation in lipstick on the mirror by the front entrance. 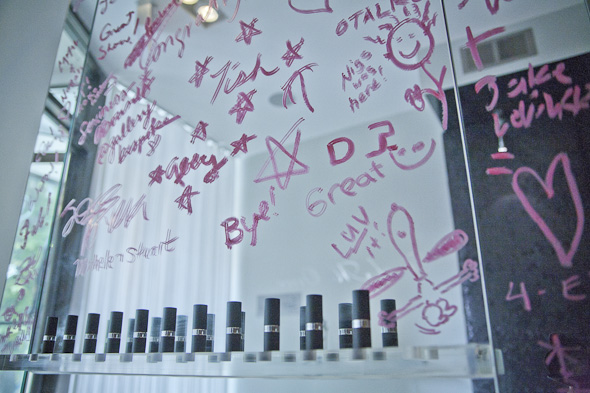 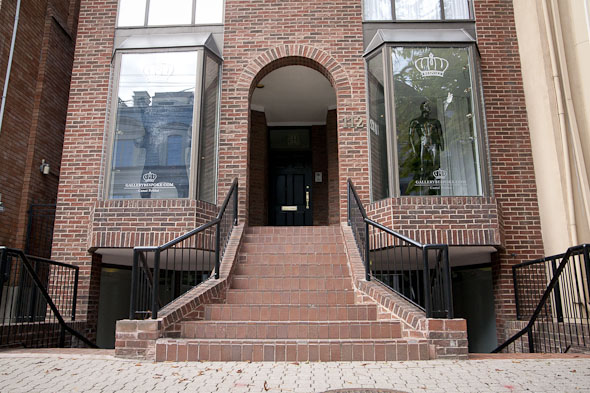