Angell Gallery was one of the first to set up shop on the now art-centric West Queen West corridor. But having occupied its 750 sq. ft. space just southwest of Trinity Bellwoods Park for over 14 years, the time for an upgrade had come quite a while ago. Still, being deeply committed to the neighbourhood where he started out, owner Jamie Angell couldn't just move his gallery anywhere. Yes, it would have to be bigger -- but a new space would also have to be close by.

As athletes are fond of saying, the loss of one player creates an opportunity for another. Though obvious, such a statement offers a reasonable analogy for the situation that enabled Angell Gallery to head three blocks west to a space nearly five times the size of its original home. After six years at 12 Ossington Ave., Lennox Contemporary closed its doors at the outset of 2010. And while the future of that gallery remains uncertain , Angell couldn't have asked for a better space to relocate to. 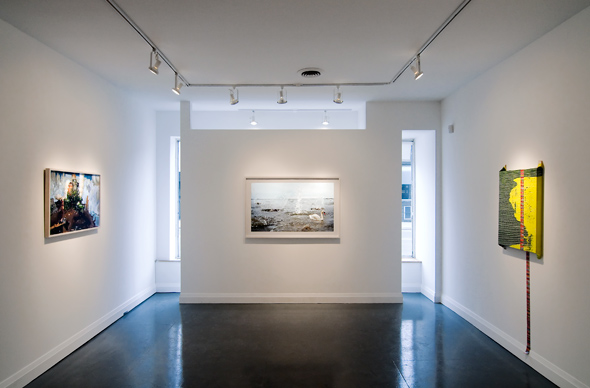 Beyond acquiring much needed square footage, the division of the exhibition area will allow for more varied programming. The Lennox space was always separated into two main exhibition areas (front/lower and back/upper), but Angell has taken this division a step further by offering four different "galleries."

The West gallery (formerly the main upper space) will be put to use primarily for group exhibitions, which makes sense based on its size. The smaller front of the building is now referred to as the East gallery, and it'll be tasked with hosting solo exhibitions. And in addition to these main spaces, Angell will now feature video and project rooms. Wow. That means four different exhibitions could be running at the same time -- quite the step up from the gallery's former home. 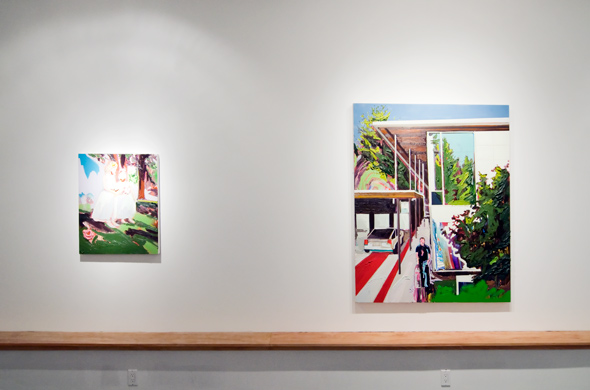 The extra exhibition area sounds like it'll be put to good use as well. Take the project room, for instance. For half the year, the gallery plans on using it to exhibit the work of up and coming Canadian female artists. That's a nice touch, particularly considering the fact that the current roster is rather heavy on male talent.

And that's the other advantage of the new space. With so much exhibition area, there's more freedom to increase the number of artists under gallery representation. Already representing local favourites like Geoffrey Pugen , Brendan Flanagan and Luke Painter , Angell has recently brought on Alex Kisilevich , a photographer whose work I was happy to discover over the summer, and Derek Evans , a Montreal-based sculptor/photographer. 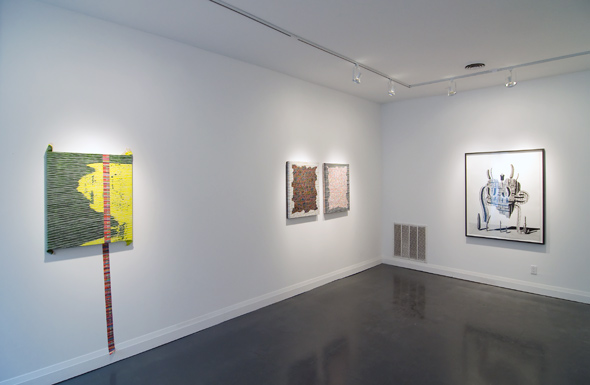 Despite the move, the mandate has stayed the same. As evidenced by these recent additions, the goal is to feature the work of younger, mostly Canadian artists and to ensure that the programming at the gallery remains fresh. I can only think that the new space will further enable Jamie and his staff to do both.

It should also allow for a significant increase in exposure. The plan is to make the space a hub for artistic and creative events in the city. Although much of this remains in the planning stages, watch out for Angell to play a prominent role during events like the CONTACT festival and TIFF. 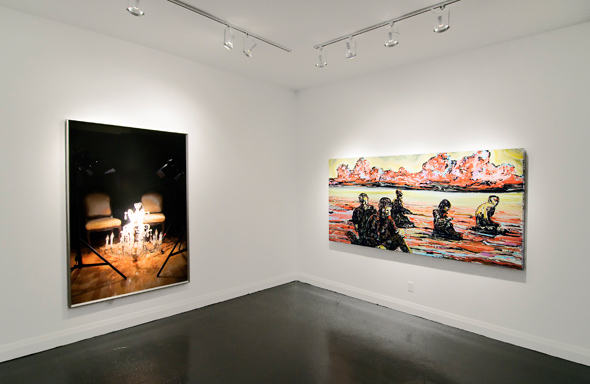 When blogTO first profiled Angell Gallery, Andi Argast asked Jamie how he thought his gallery had contributed to Toronto's art scene. He responded, "I hope that the gallery's willingness to always take risks, openness to new ideas and ways of thinking [has given] others permission to do the same. There's a lot of freedom in doing so."

Well, coming off a year notorious for a global economic meltdown, moving into this new space certainly demonstrates that risk-taking is something Angell remains comfortable with. And that is indeed a good thing for the gallery and for our city's arts scene. A great supporter of local artists, the gallery's move should pay big dividends not just for those who practice and sell art, but for those who appreciate it as well. 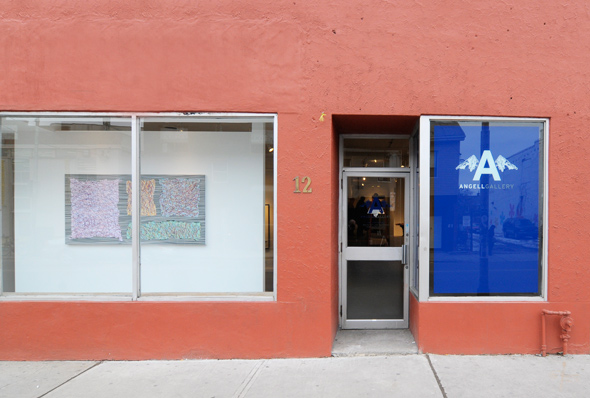