It feels almost like Jason Momoa is a permanent resident of Toronto now that he's been here so long filming various projects and hitting up a ton of local businesses in his off time.

The actor was working hard on his Apple+ sci-fi series See for more than a year in different locations around the city, and has now embarked on a new production, Slumberland, a fantasy film coming to Netflix.

Filming Update!
Another photo of #JasonMomoa and #MarlowBarkley on the set of #Slumberland! The film has currently taken over Woodbine Park.😴🎥🎬@jlpconcepts great work today! Loving these photos. Jason is a born rockstar! https://t.co/Jdijc1jUVA

For the movie, Momoa will be transformed into a half-man, half-beast creature with the help of costume and CGI — fitting given his burly physique and imposing stature.

Fellow celebs Kyle Chandler (Argo/Friday Night Lights), Chris O'Dowd (Bridesmaids) and Marlow Barkley (Single Parents) will also join him on screen in the flick, about which few details have been revealed and which is currently filming in and around Woodbine Park.

@TOFilming_EM something is filming at Woodbine Park. Huge set pic.twitter.com/YVnz4CnaDU

Based on sneaky shots from passersby and those actually behind-the-scenes on set, it looks like there is a lot of green screen being used, including for a shot that has Momoa and Barkley riding on some sort of vehicle or animal in The Beach Cinemas parking lot at Queen St. E and Kingston Road. 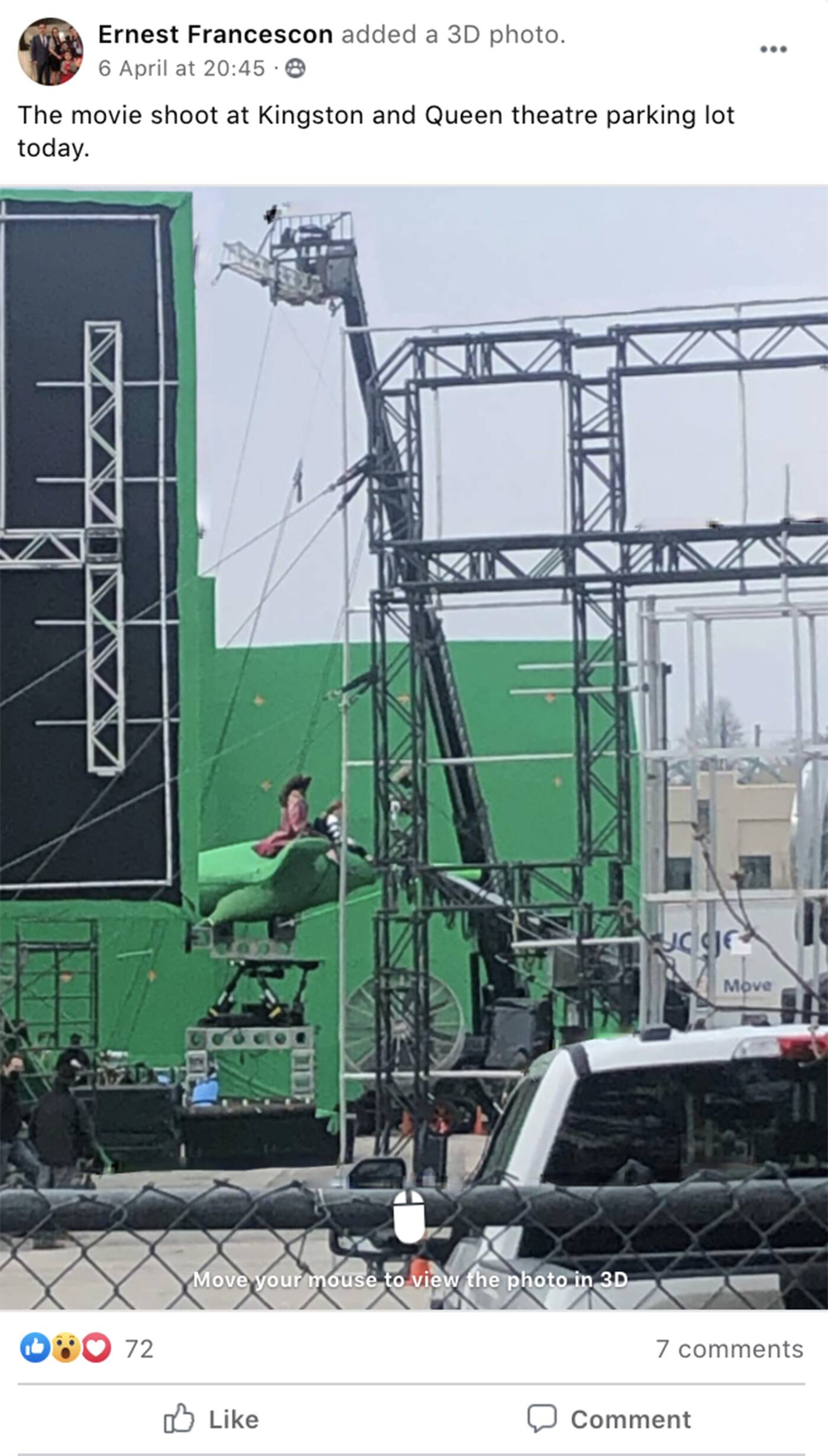 From what we can see, the costumes seem pretty extravagant, and very similar to Momoa's style (minus the tusks, of course).

The superstar also posted a few Instagram stories of him taking a quick trip to Queen West's Cosmo's Records, which he is a known fan of, to pick up some vinyl curbside on Friday afternoon.

Knowing how often he's been spotted around downtown during the time he's been here, this surely won't be the last fans here see of Momoa, even during lockdown.