Beloved hollywood actor Jason Momoa has been in town filming the second season of his Apple TV+ series See since October, with production set to wrap in just a few weeks.

But while the cast and crew have less than a month left to capture their final shots for the sci-fi show, they've been using their last few weeks in the city to turn a portion of the Leslie Spit trail into a colourful, dystopian-looking village set.

Members of the public have captured numerous photos of the rainbow huts over the past week or so, though many have taken to social media to ask exactly what the collection of structures is for.

Toronto resident Brandon Amres, for instance, shared a picture of the huts at Tommy Thompson Park on Reddit this week, asking for any information on what they might be. 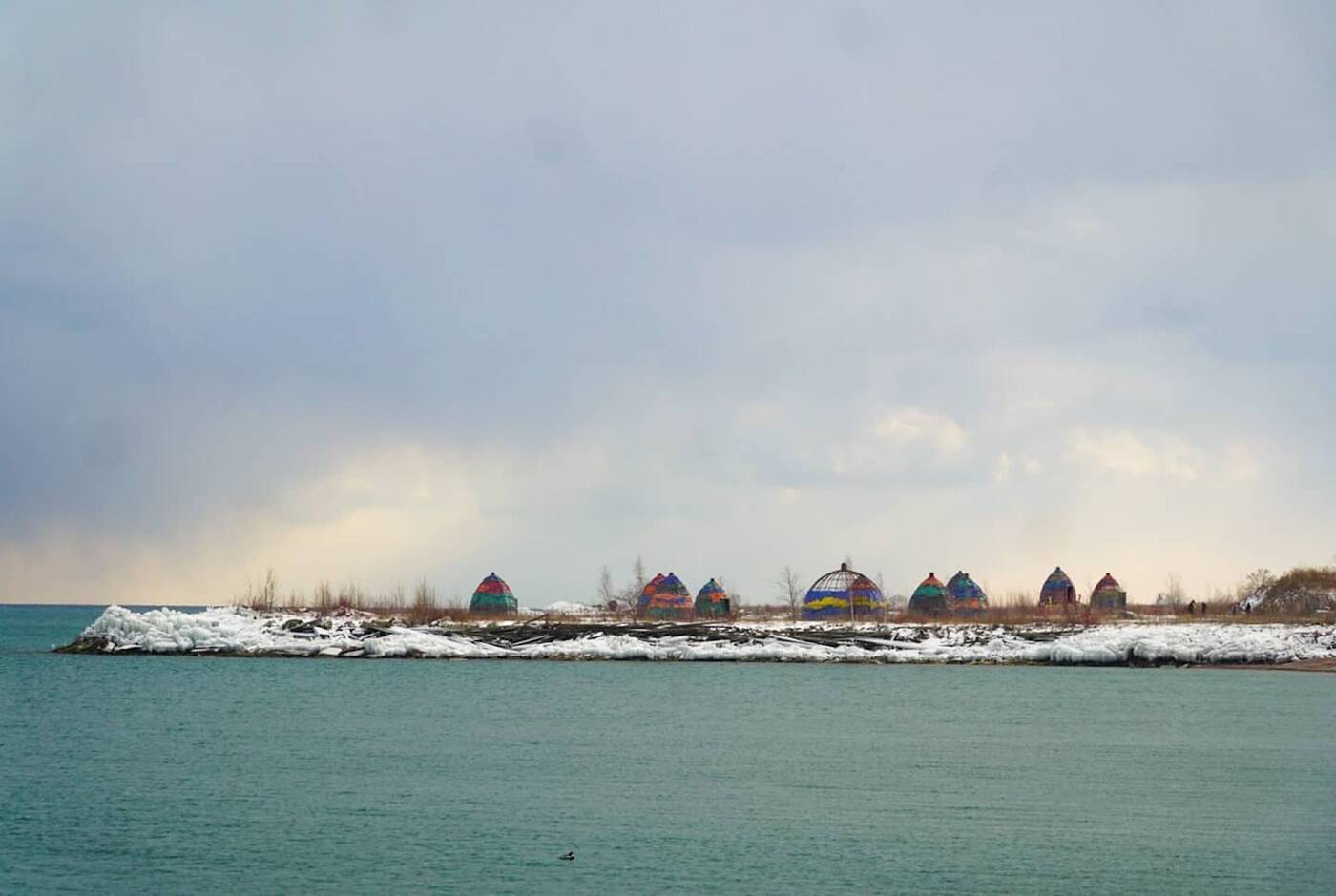 "I thought they might be some sort of Indigenous-type art display or part of the one of the facilities such as the bird sanctuary in the park," Amres told blogTO.

But Toronto residents quickly chimed in to explain that they are, in fact, all part of the set for the Jason Momoa series.

Others have remarked that while the village may be part of a television set, the yurts are beautiful enough that they could easily be left behind to serve as a permanent art exhibit.

I wish they’d just leave this as a permanent art exhibit.

In addition to the set at the Leslie Spit trail, the series has also been working to turn the Sheridan Centre Mall in Mississauga into an abandoned airport in recent weeks.

The site has been transformed into an abandoned airport. As @RobRodBaby said tonight or tomorrow could be the start date. This will be a big one. https://t.co/F34KMptHPg

This particular set took over a month of preparation, and filming at the location officially began this week.

Momoa first arrived in Toronto last winter to begin working on season two of his show after filming the first season in Vancouver, but production was quickly interrupted by the arrival of the COVID-19 pandemic in March.

After a brief hiatus, the cast and crew returned to Toronto in October to resume production, and filming is set to officially wrap on March 12.