Given that the fashion world is experiencing a huge revival of '90s styles, it's a wonder that Canadian retailer Modrobes hasn't made a big comeback yet.

Started at St. Catharines' Brock University in the mid-90s, the brand was known for its iconic baggy lounge pants, which were held up with a simple nylon strap buckle and bore the groovy Modrobes logo on one leg, often on a side pocket.

The garments were reminiscent of hospital scrubs, coming in an assortment of colours and either poly cotton or fleece, and their loose-fitting, wide-leg style would make them the perfect item for any fashionable TikToker's wardrobe, if only they were old enough to remember the company.

Though it's rare to spot them in the wild anymore and the physical storefronts (including one on Queen West) no longer exist, Modrobes does still have an online presence and store — or did until this month, when the owner stated that they no longer have the time or resources to commit to the project anymore.

"Modrobes is for Sale!" reads a post from June 8 on the company's Facebook page, which is followed by some 2,300 people. 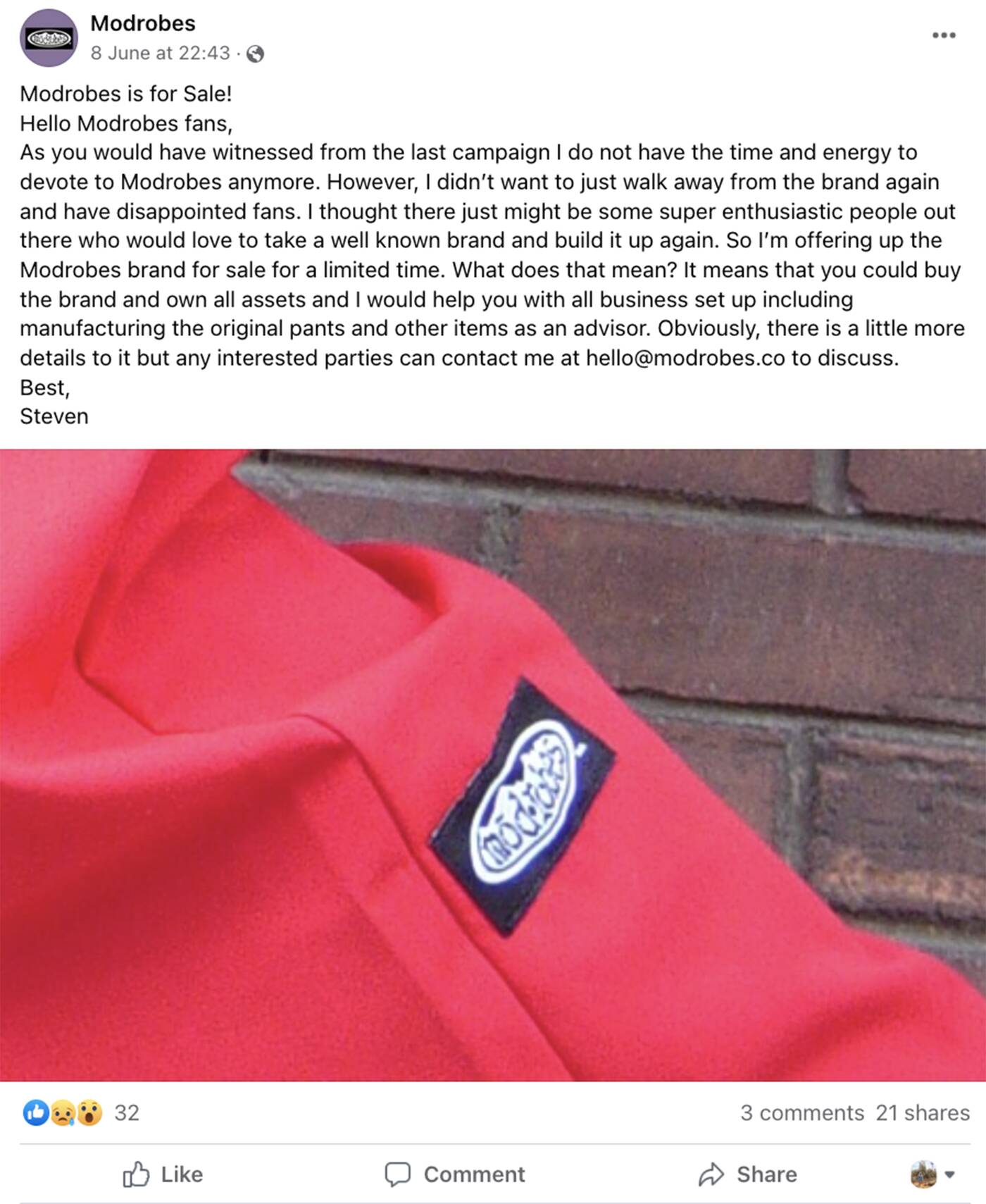 "I didn't want to just walk away from the brand again and have disappointed fans. I thought there just might be some super enthusiastic people out there who would love to take a well known brand and build it up again," wrote founder Steven Sal Debus, who then offered up the brand for sale for "a limited time."

Sal Debus added that he is happy to help the buyer transition into their role and will stay on as an advisor for the set up of the business.

After trying shuttering soon after 9/11 and some attempts at transforming into a performance band, Modrobes was re-established proper in 2021 thanks to a couple of crowdfunding campaigns that raised upwards of $35,000, yielding a ton of support and positive responses.

Though Sal Debus at the time welomed fans of the garments to "another beginning," he admitted in a blog post that he would be taking the re-entry into the market day by day.

Anyone who wants to take the reigns of the once wildly popular brand is asked to reach out to him directly via email at hello@modrobes.co.