Dufferin Mall goes my many names. There's Sufferin' Mall, The Dirty D and The Duff but most commonly, it goes by Dufferin Mall: a name which evokes more emotional response than any other shopping centre in the city.

Sitting across from Dufferin Grove, just a quick walk south from the subway station (or a brutal ride on the 29 bus), this 576,00 square-foot building's public image has been in flux since it was first unveiled in 1957. 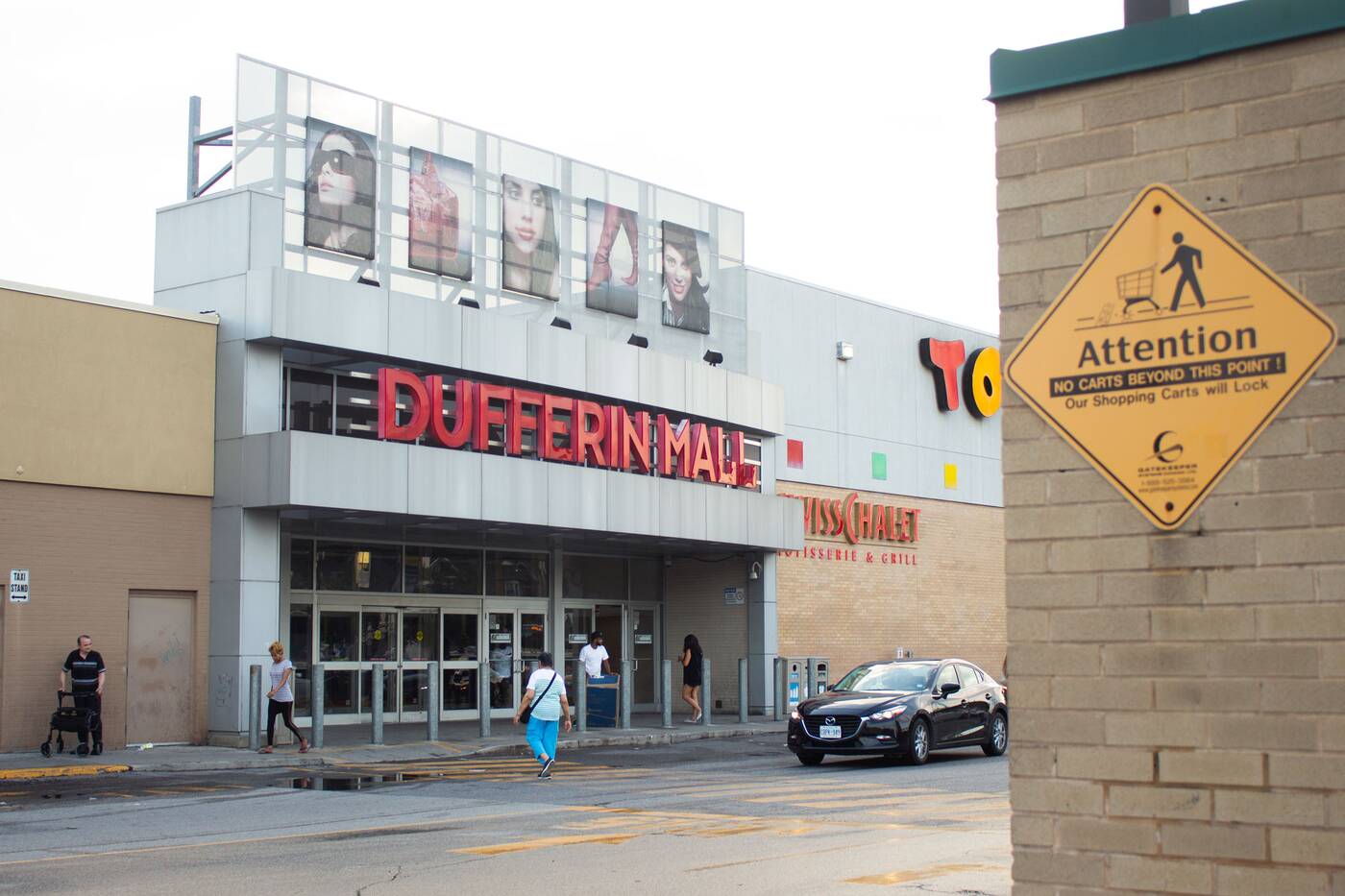 Dufferin Mall was first founded as the Dufferin Plaza Shopping Centre in 1956.

Currently home to more than 120 stores, including a massive Walmart, Dollarama, a slew of phone stores, and a near-pristine food court, Dufferin Mall today looks nothing like the reputation that precedes it. 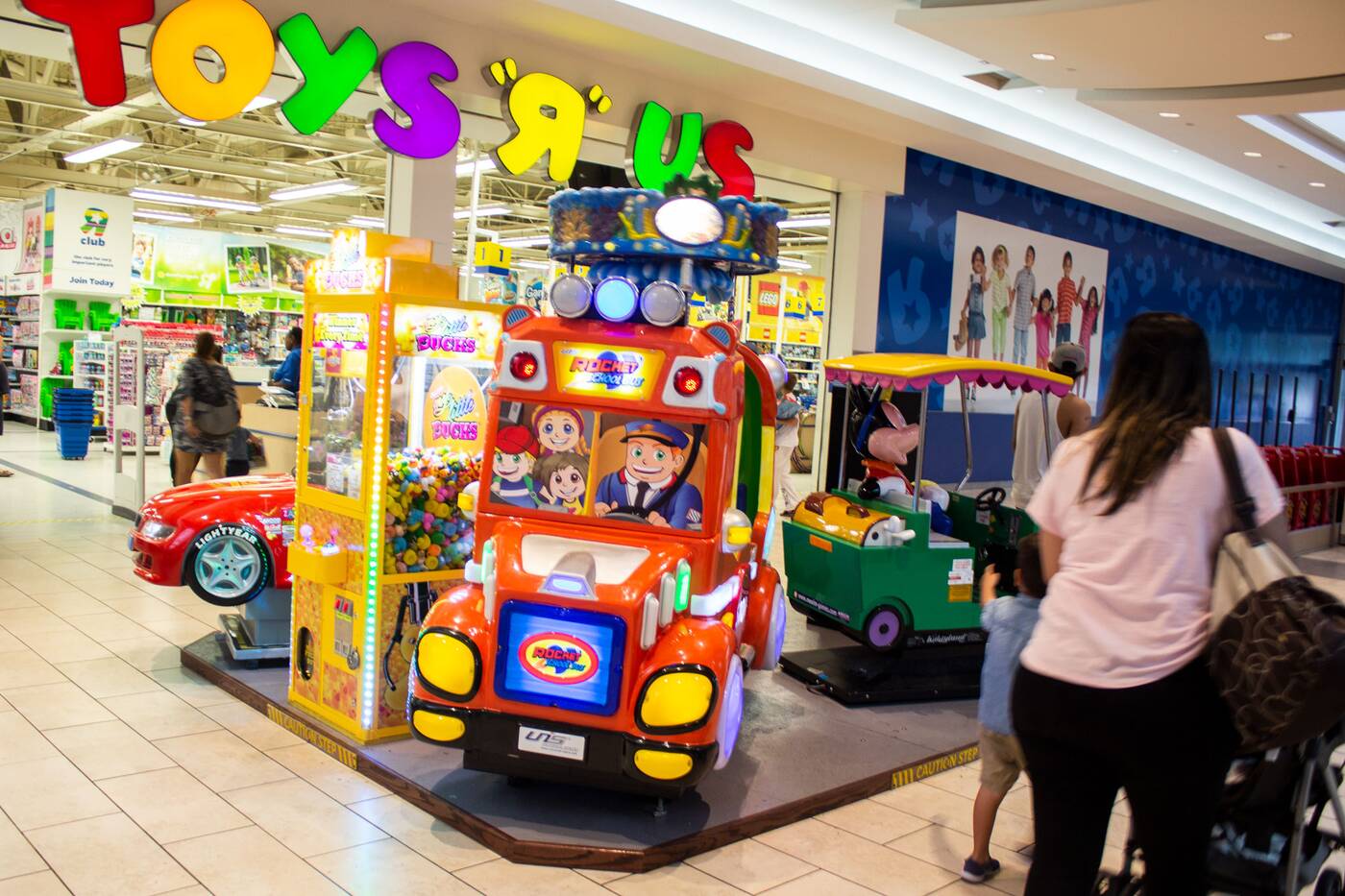 The mall has over 120 stores, including big box names like No Frills and Walmart.

Those who have heard the stories of The Duff's dilapidated interior, 80s colour motif, and disorderly No Frills will be relieved (or disappointed) to find a sky-lit mall whose condition is leaps and bounds better than other less-publicized strip malls in the city.

Yes, the giant disgusting snow bank in the parking lot does make its presence terrifyingly known in the winter, but aside from that, there are few traces left of the days when Torontonians felt the mall deserved an honorific as horrifying as "Ghetto Mall". 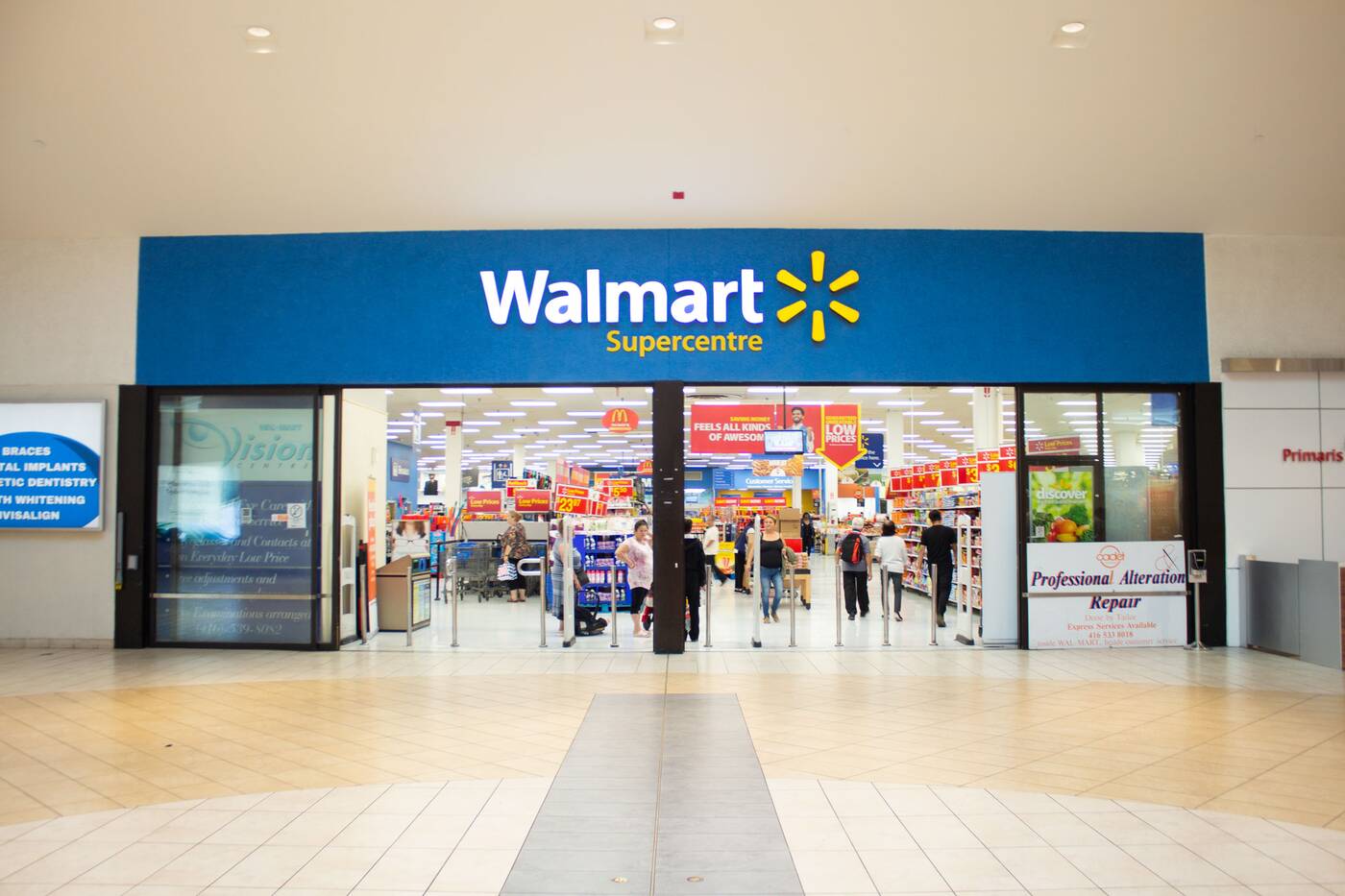 The Walmart is one of the main stores at Dufferin Mall.

To understand Toronto's strange love-hate relationship with the mall, and the current role it plays in the cultural zeitgeist of the city, we need to understand the history of the mall itself.

What was once the site of the Dufferin Park Racetrack from 1907 until 1955 (and the occasional elephant parade carnival) gave birth to a development called The Dufferin Plaza Shopping Centre in 1956, which was later renamed Dufferin Mall in the 1970s. 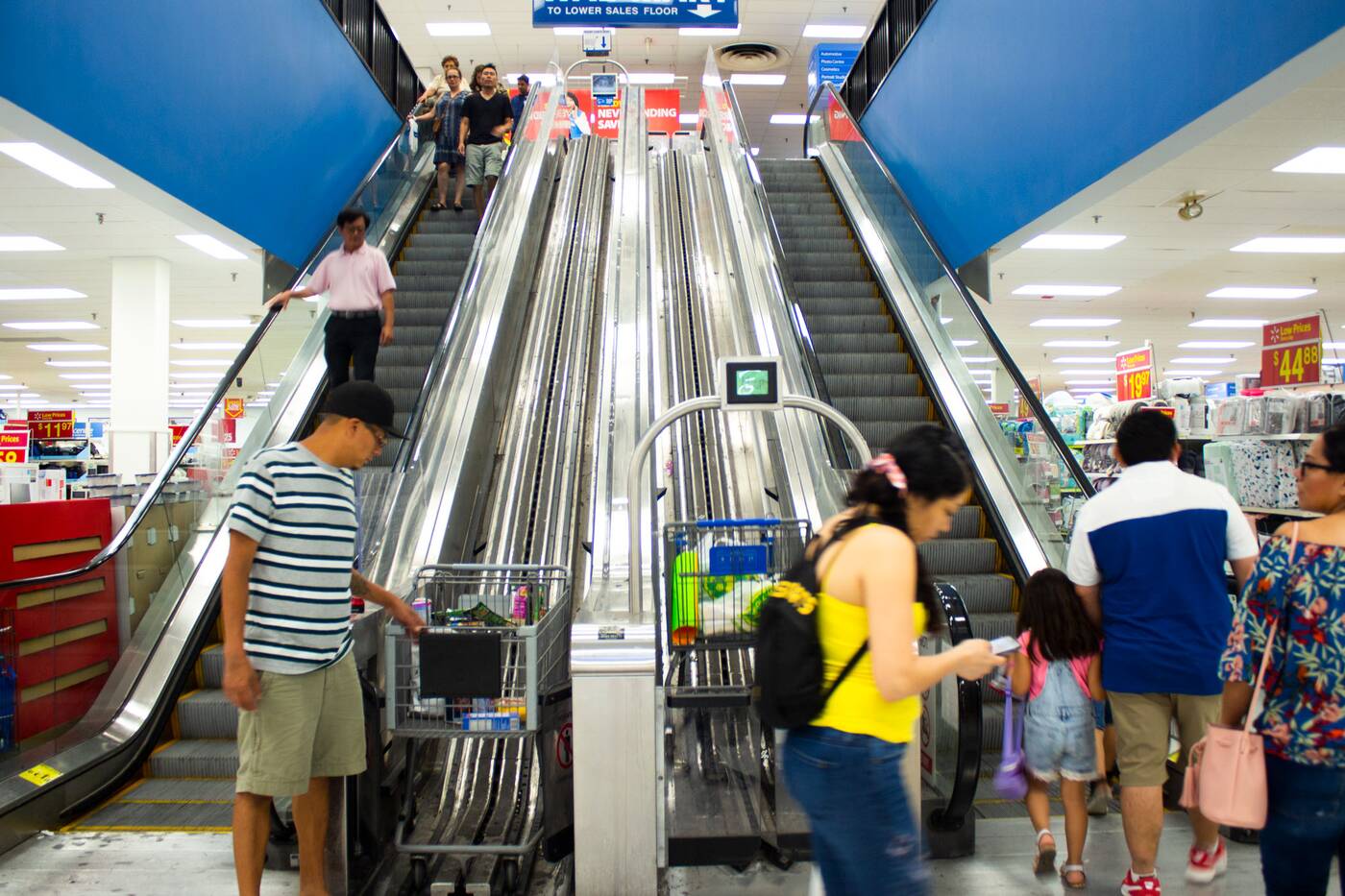 The mall has tried to shed its past as a locale for seedy businesses and illicit activity.

According to locals, those years up until 2005 was when the mall amassed its reputation as the crime-ridden, dodgy place for illicit activity. Neighbouring Dufferin Grove had yet to be dubbed one of the coolest neighbourhoods in the world; far from it.

"It was darker, it was danker, it was just...you know. Today’s Dufferin Mall is upscale in comparison,"  says Shari Kasman, author of the book Galleria: The Mall That Time Forgot. 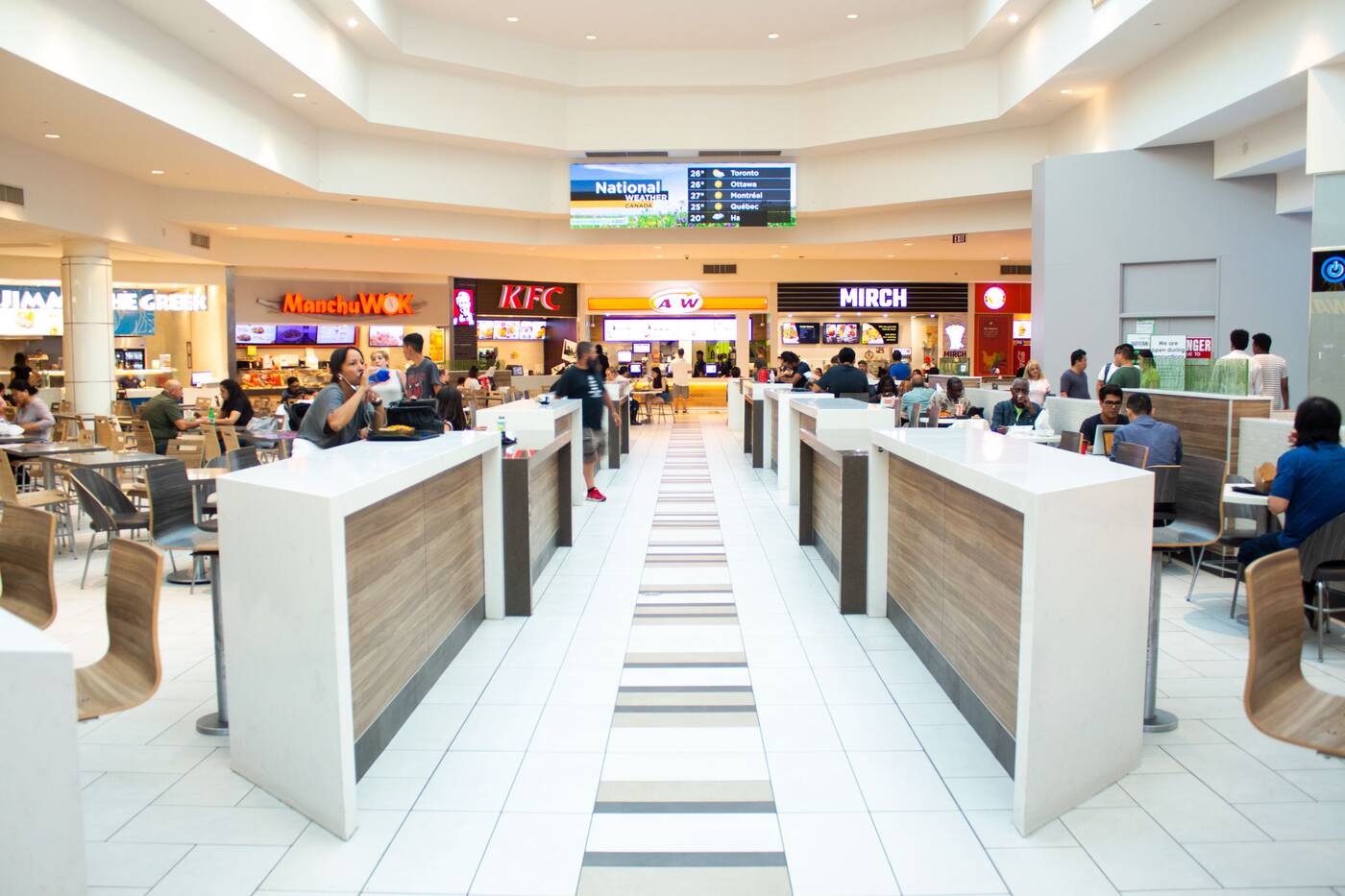 The food court is one example of the major renovations that took place in the early 2000s.

As a general mall enthusiast documenting the rise and fall of Galleria Mall (a derelict shopping centre slated for redevelopment just a few blocks over), Kasman spent years living near Dufferin Mall, studying the surrounding the area's growth and changes.

"It was interesting that Dufferin Mall really managed to pick itself up out of what it had been, whereas the Galleria just stayed the same all along." 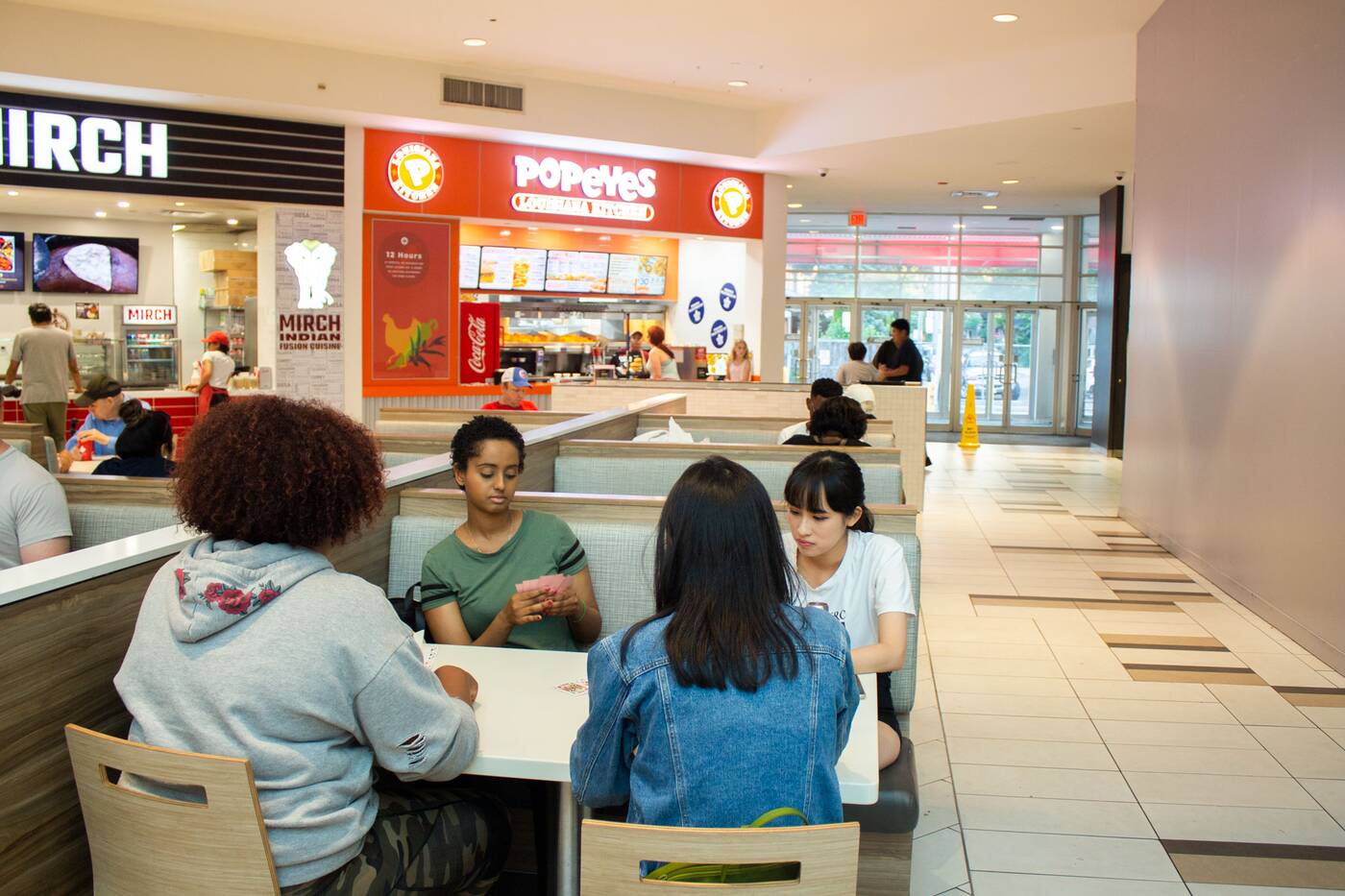 Despite being totally revamped, Dufferin Mall still holds its reputation as Sufferin' Mall.

She says the first major shift in the Duff's culture was the opening of an H&M in 2006. That, paired with the arrival of—gasp—a Starbucks years later.

Part of a concerted effort to rebrand the mall, the shopping centre's marketing team came up with a slogan, "Dufferin Mall. Really."

It was cheeky and effective, both a nod to the mall's blight-like reputation and a salute to the incoming gentrification taking place in the area. 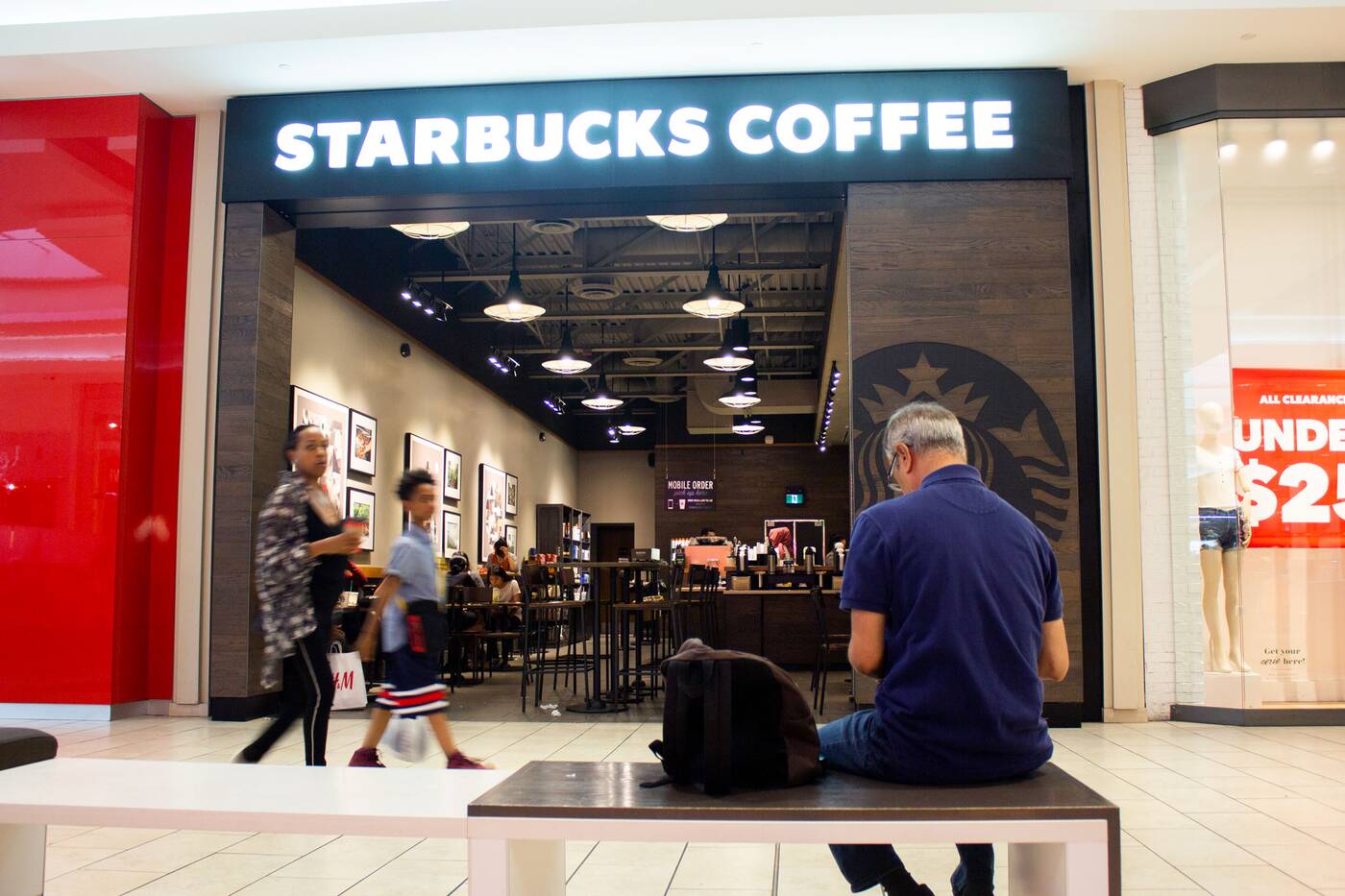 The arrival of Starbucks in the mid-2000s marked a change in mall culture.

Visually, the $11-million effort worked, and the mall has seemingly hit its stride, especially with amibitious plans from Primaris for a massive village of towers within the Duff's sprawling moat-like parking lot.

Its deprecating nicknames, however, seem to have stuck for good. 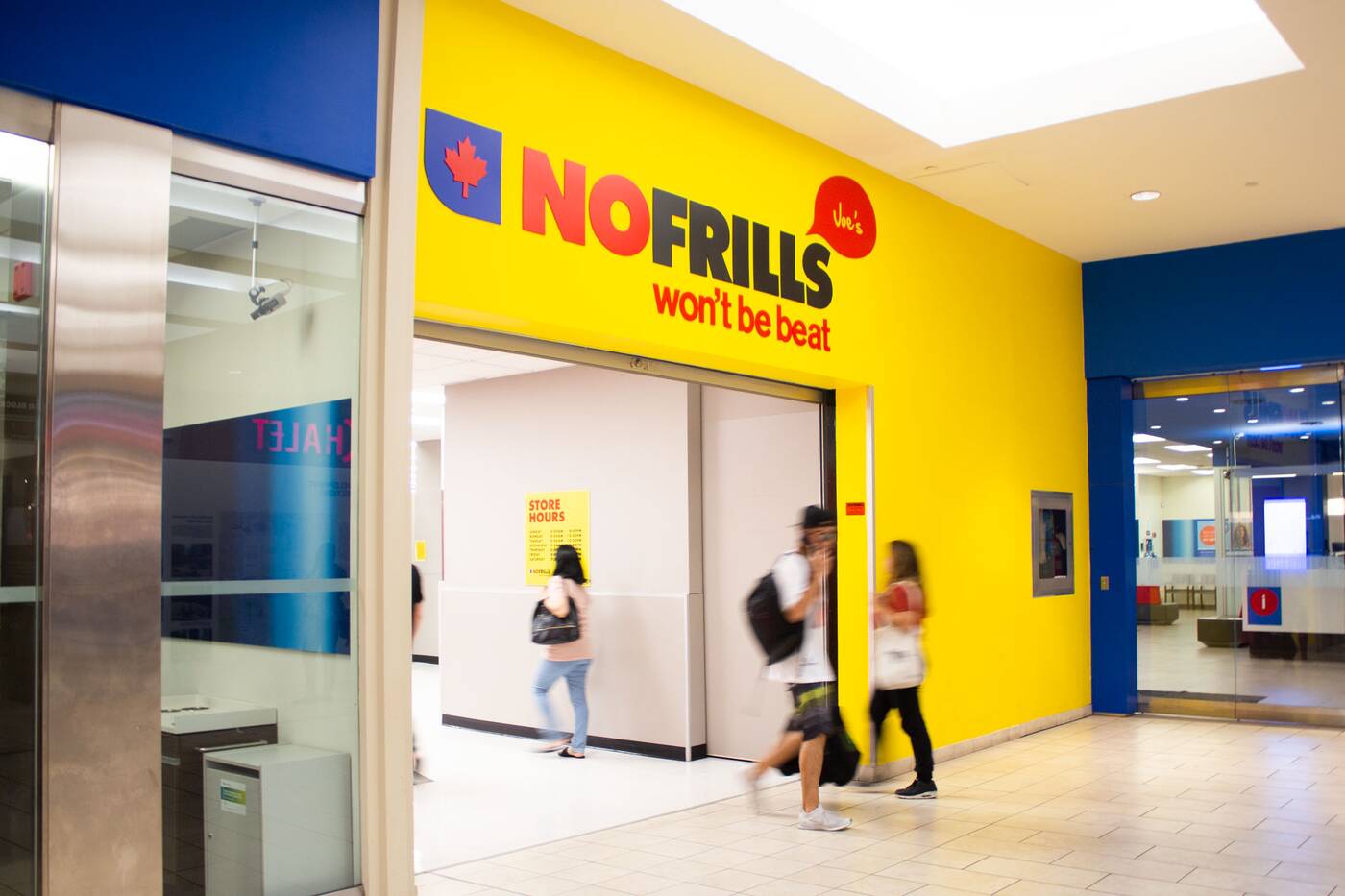 Jose's No Frills plays a major role in Dufferin Mall.

As with all popular culture, the continuation of Dufferin Mall's image has also been disseminated through social media, and through one Instagram account in particular: @TheDirtyDuff.

Akin to what other essential local IG accounts like @ParkdaleLife are doing, @TheDirtyDuff is both a preservation and perpetuation of "The Mall With It All," documenting snapshots of plebeian life, like the iconic sale signs of Jose's No Frills, and even selling merch. 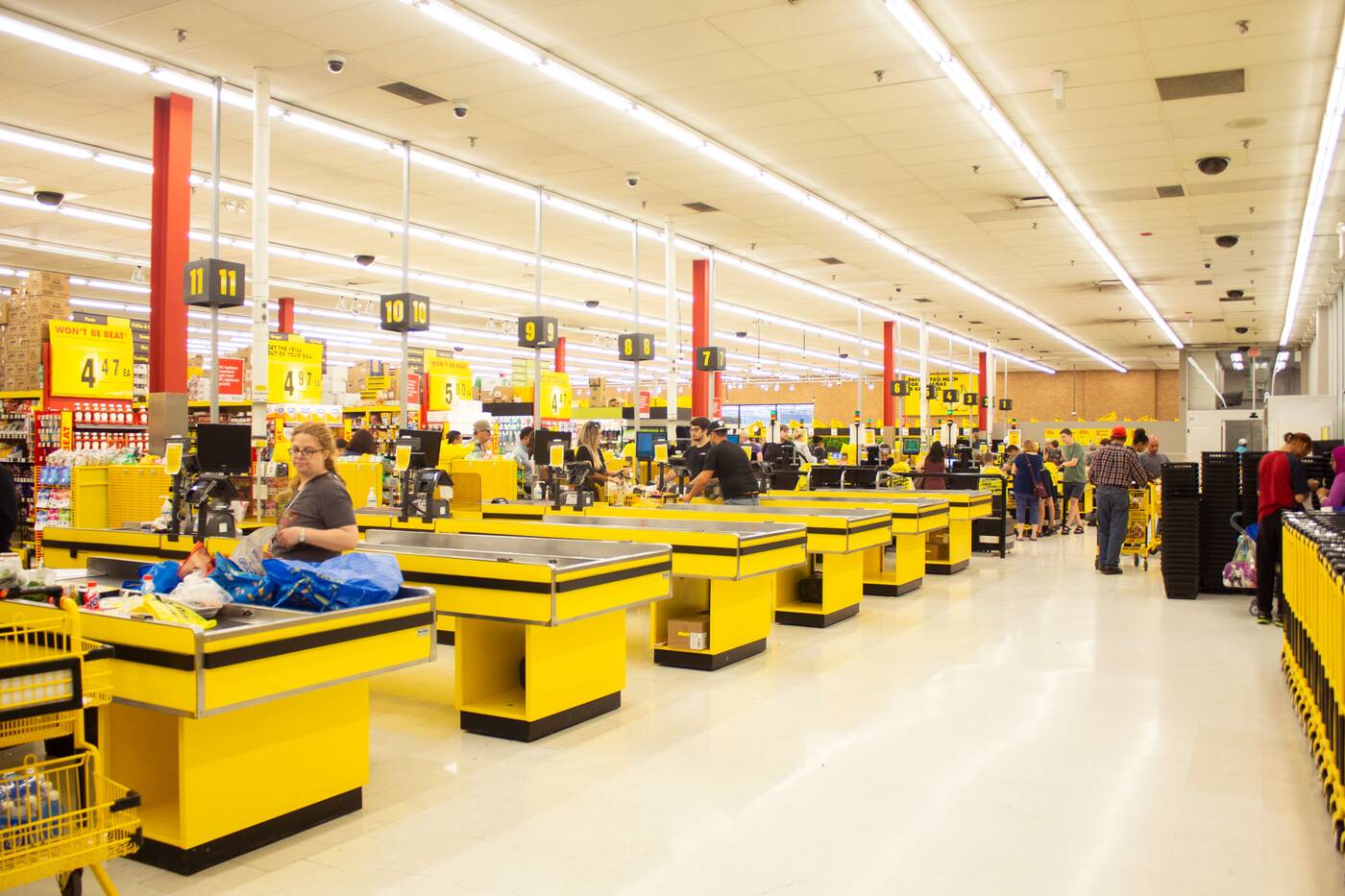 You'll often find a funny sign or two in the No Frills aisles.

According to the person who founded the account four years ago as @DufferinMallOfficial, and who requested to stay anonymous, the @TheDirtyDuff is less about criticizing the mall and more of an appreciation account for all the weirdness that happens there. 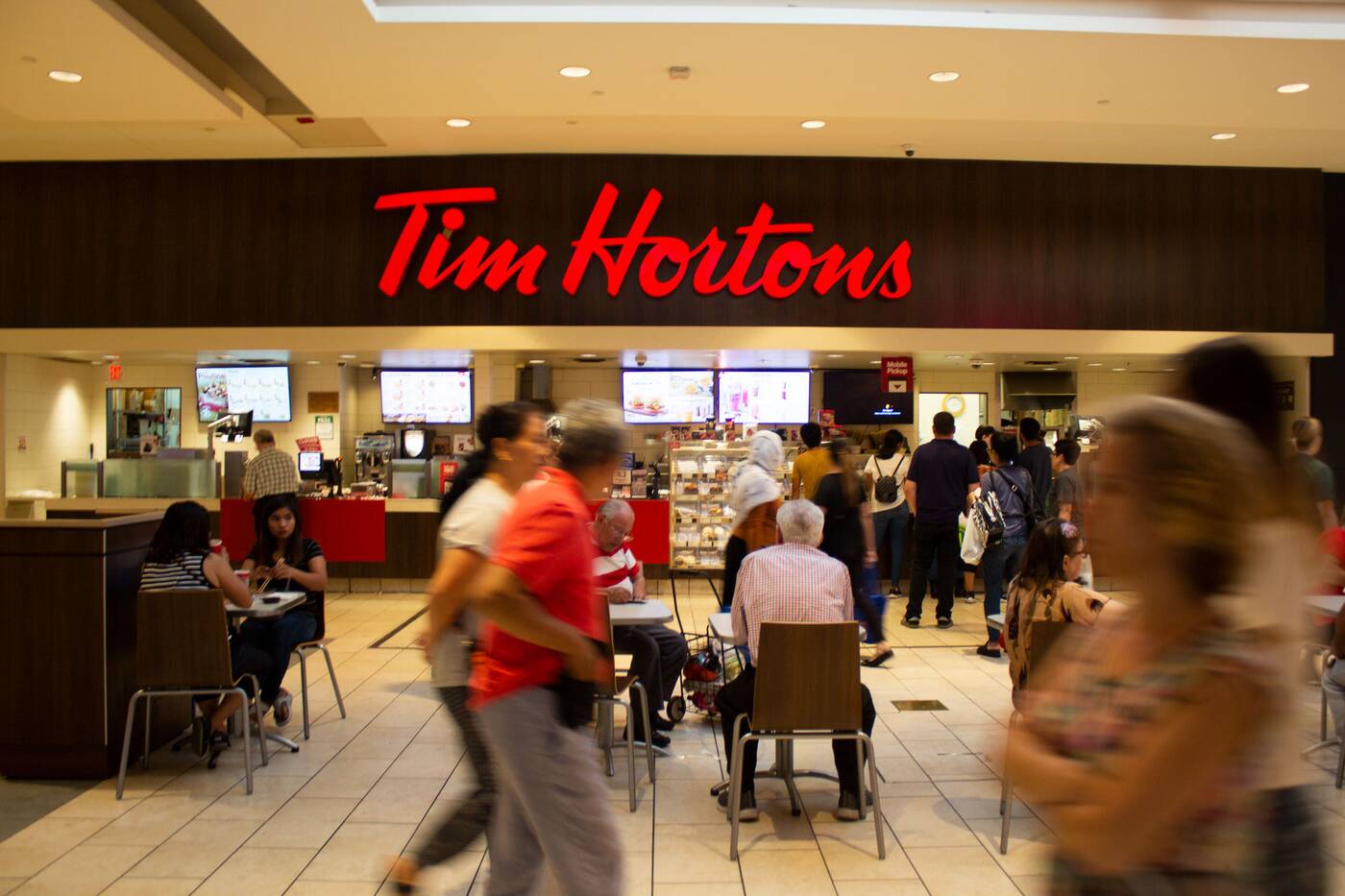 With development around the corner, @TheDirtyDuff says they have been in talks with people behind the Primaris project, and hopes that more residents of Bloordale come forward with constructive ideas, rather than just "distaste for change."

"Everyone is always going on about things that are so amazing or so terrible, but I think most of us take the mediocre stuff for granted... It's always going to be our mediocre mall that helps us just get by." 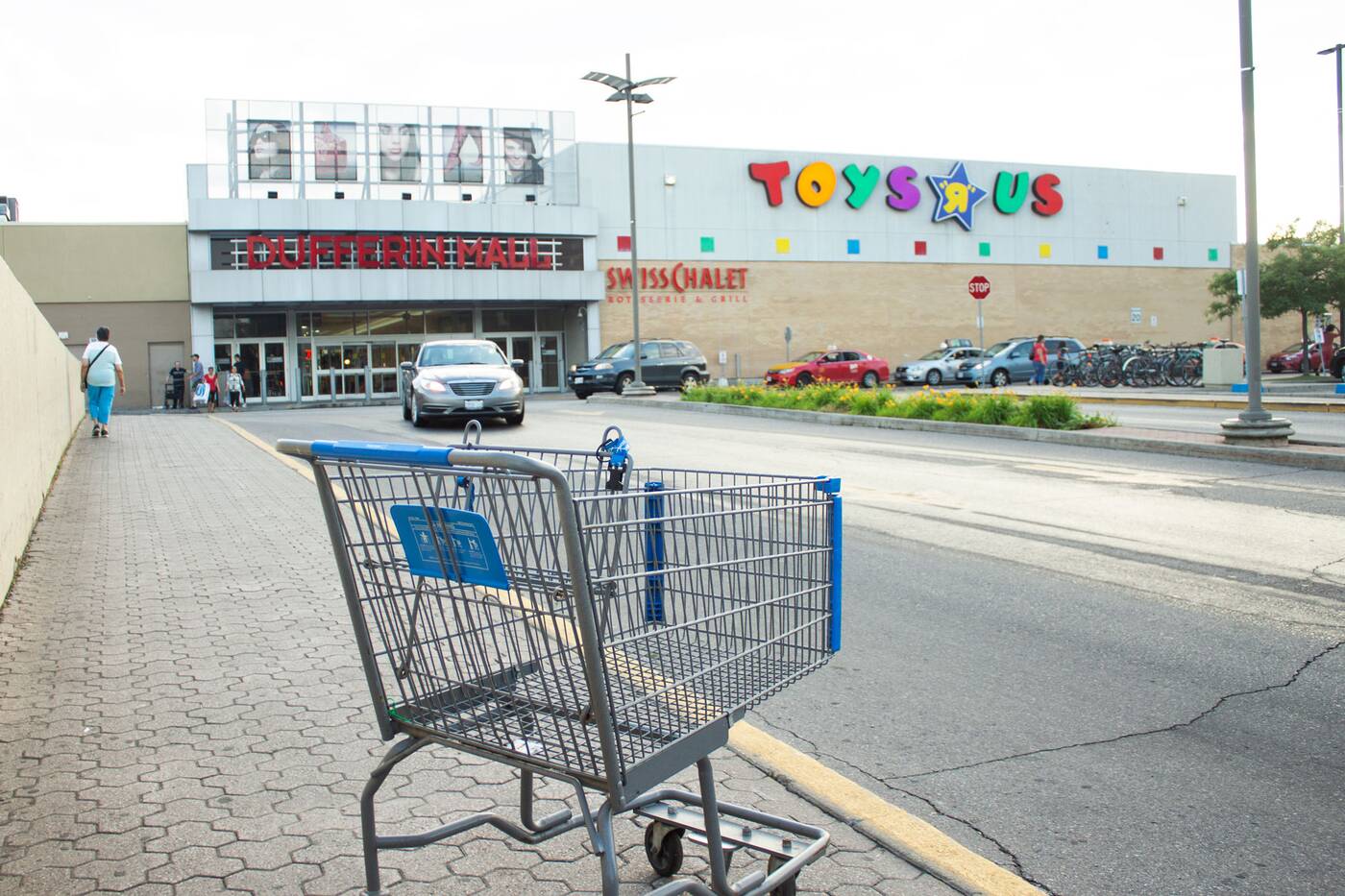