How one place became king of Toronto's pop-up shops

There are pop-up shops happening all over Toronto. As you read this, companies are taking over unlikely spots in the city to sell their goods, showcase their food, and to try out the economics of exisiting outside of the internet.

One space in the city, however, reigns supreme in the world of pop-up shops and events - that's Rally on Ossington.

The name might ring a bell. It recently hosted both Kanye's Pablo store and The Weeknd's Starboy shop, both of which sold exclusively designed merch that fans lost their minds for.

Formerly Angell Gallery's Ossington space, Rally opened in 2015 and hosts everything from retail pop-ups to art shows to movie shoots. The space is divived into two conceptual spaces; one is a bright white blank canvas, and the other has a more raw industrial brick and cement vibe.

Project manager Scott Chalmers attributes its status as king of the pop-up to a few things, the most important of which is location.

"Being a local online brand and having the opportunity to pop up at Queen and Ossington and test out a bricks and mortar store... it’s a huge experience and learning opportunity for them," he says. 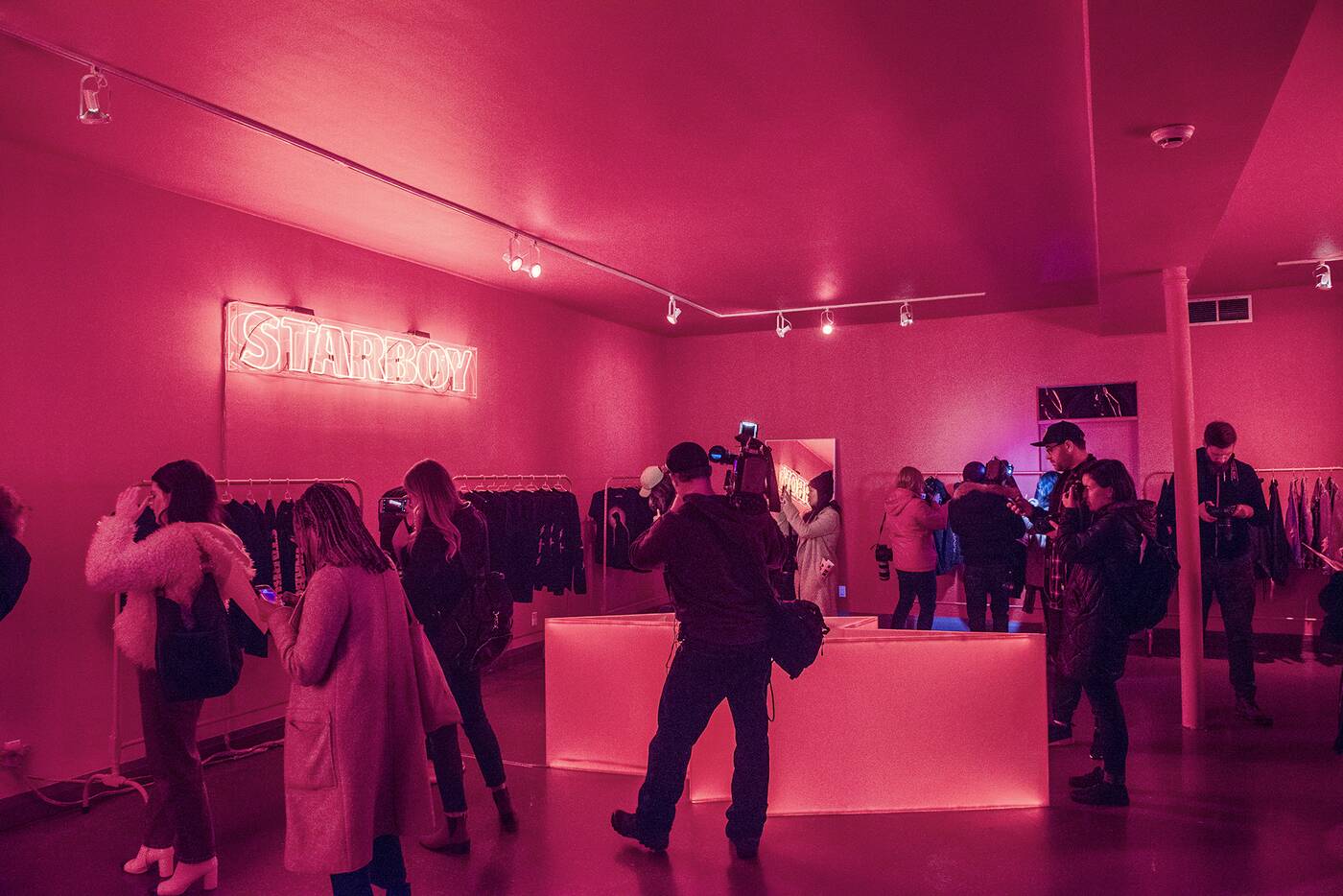 Larger corporate events and music labels like Universal, who pitched both Kanye and The Weeknd, don't need experience so much as a cool space.

"Those pop-ups were incredible. [They were] wild, on the news, you see the photos and hashtags, it’s quite crazy to have these temporary, ephemeral pop-ups that vanish after a few days and how that drives traffic," he says. "It makes it a real destination."

Rally is able to segment its space and is excited to transform it into someone's dream when they step inside. "One thing for us is we don’t just rent the space out; we try to collaborate and support the people we bring through here," Chalmers continues.

"Not only through our networks in terms of support, but we’re here for them in any way they need an extra hand. In terms of the space, it’s plug and play. We’ve done a good job to have it ready for people to come in, set up and it’s ready to go. It’s not a lock box with a key where you never see us."

Rally can change from a movie set to an art gallery from week to week; it's flexible, creative and ultimately cool.

"[Universal] walked through, fell in love with the space and how modular it is," he says. But more importantly, Chalmers says, "it’s really motivating and inspiring to have that impact in a community."