The 10 most outrageous looks from FAT Arts & Fashion Week 2015

Fashion Art Toronto (better known as FAT), Toronto's alternative fashion week, is all about pushing the envelope on the runway, allowing designers to let their imaginations run wild and explore high-concept manifestations of fashion. Naturally, that lends itself to some fantastical, not-suitable-for-the-real world creations (executed, as you might expect, with varying degrees of success).

Among the more notable FAT oddities: Andrea Montle's racy all-seatbelt-material collection, coats and dresses with multicoloured faux-fur panels from J Porte, and latex gear from House of Etiquette (which, depending on how you spend your evenings, is not actually all that strange). Below are 10 more looks among the dozens of others that helped keep FAT wonderfully weird this season.

Here are my picks for the 10 most outrageous looks from FAT 2015.

Sainte Genovefa
A "connection" theme led Sainte Genovefa to send women down the catwalk clad in chain-mail ensembles made from puzzle pieces for the line's runway debut. The barely-there designs were impressively intricate - I want to see these pieces get layered in with wardrobe basics for daywear. 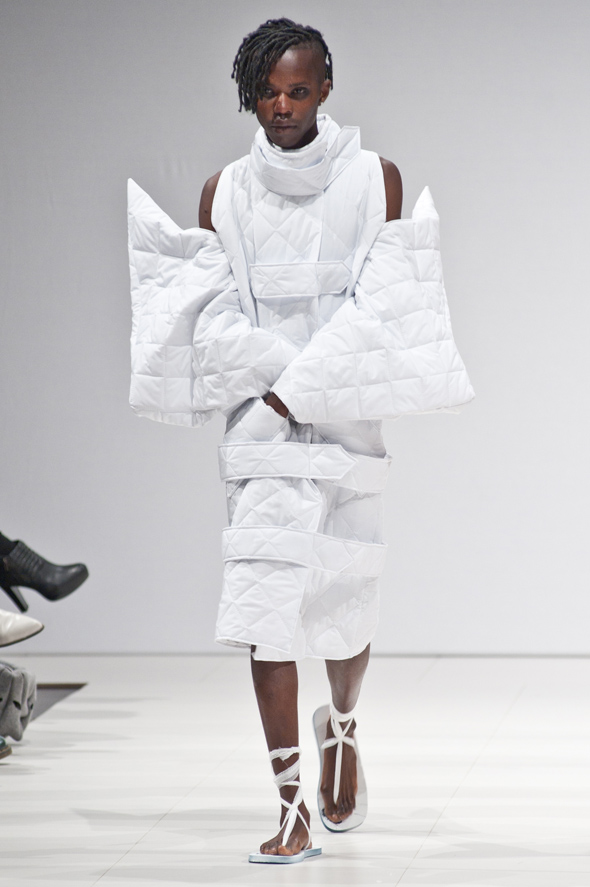 Renascentia by Connor McCalden
There were plenty of unusual looks in McCalden's Pandora's Box-inspired show, including a gorgeous phoenixlike gown in red and navy - but the honour for the wildest look to emerge from the collection goes to this padded white jumpsuit. 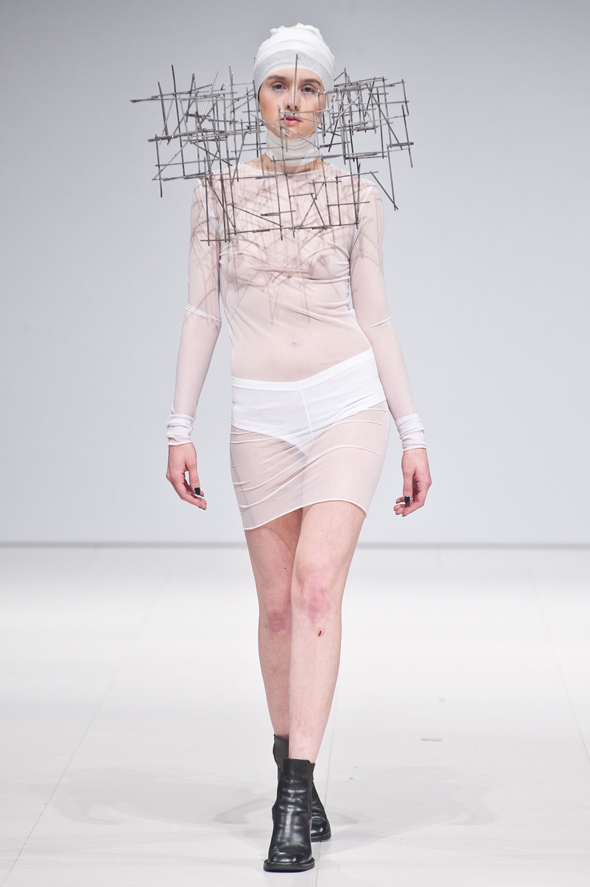 Jon Riosa
Fibre artist Riosa caged his models in metal and wire, McQueen-style, for his collection. (He even made a dress solely from a few loose rings of wire, which ordinarily would have appeared on this list - but we know you're reading this at work.) 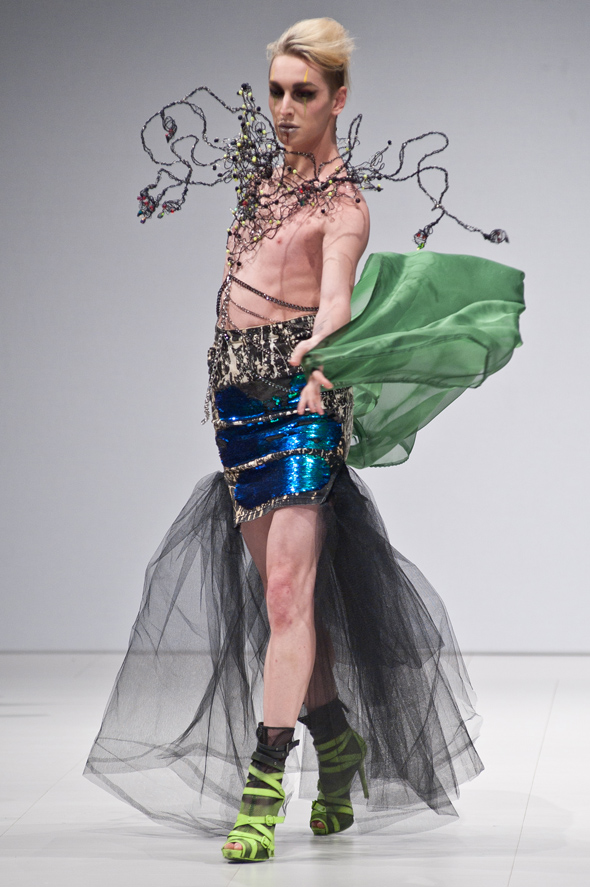 Amplify Apparel
Amplify's over-the-top collection was pretty kitchen-sink - but with each model in the constellation-themed show in full character as a Greek god, drunkenly teetering or scowling or pirouetting as they crossed the catwalk, they became more a set of outlandish pageant costumes than a fashion collection (not a bad thing). 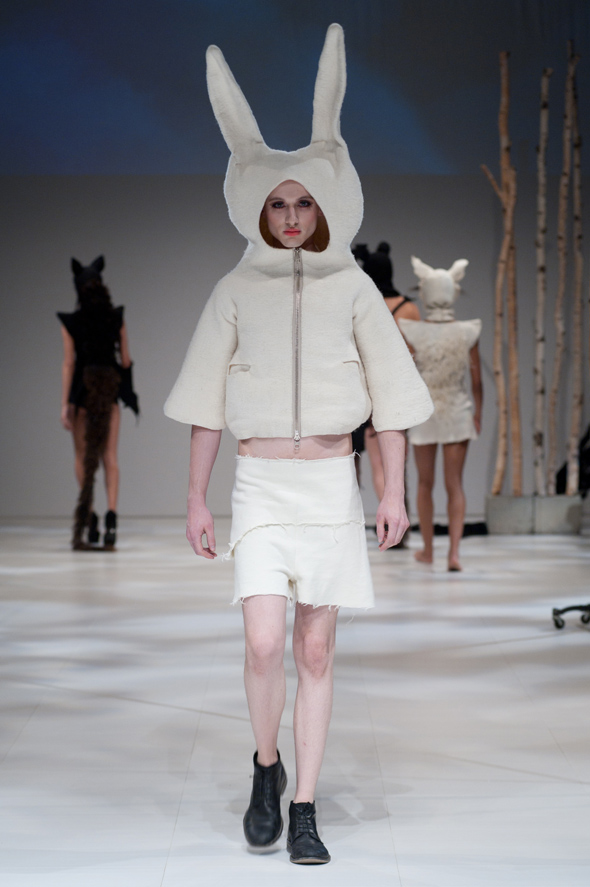 Little M Inventions
Clearly, Where The Wild Things Are made a strong impression on designer/maker Marjorie Campbell, whose collection featured felted bunny and fox headpieces within an enchanted-forest setting. 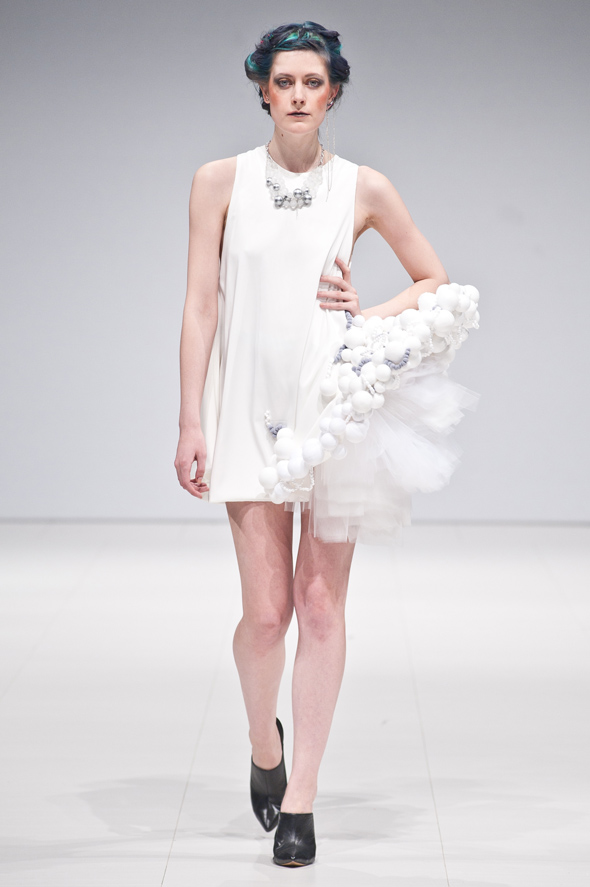 House of Poplyn
Designer Tanushree Pande aimed to mimic microorganisms in her collection, using the contents of what appeared to be an entire Michael's aisle - garments were festooned with googly eyes, craft-store pom-poms, and, in the case of this asymmetrically-ruffled number, styrofoam balls. (Side note: I seriously want a jacket covered in googly eyes.) 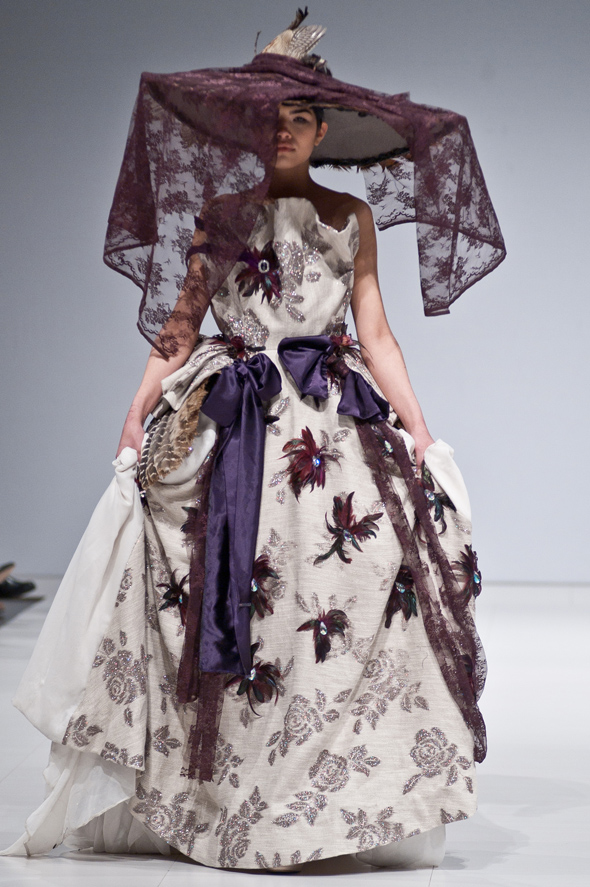 Gavarcia
Gavarcia's collection began as tame, tasteful bridal with a subtle back-to-nature twist before going further and further back in time, culminating in this Riverboat Gambler-worthy dress and hat combination. 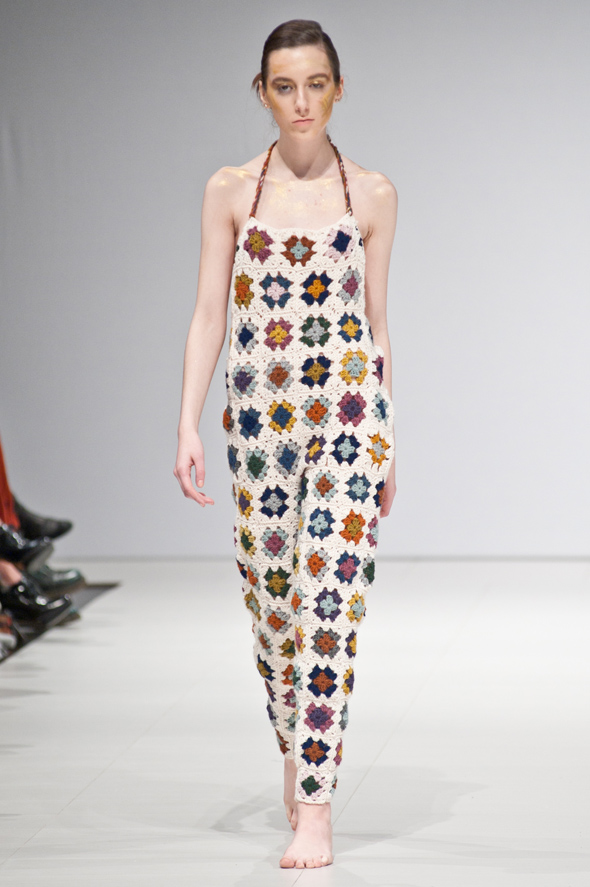 SS & Co.
They're often spotted at One Of A Kind and other craft shows, but SS & Co. has ditched the gift-friendly scarves and headbands to dabble in more avant-garde pieces at FAT. I, for one, never imagined what it would look like if you made a jumpsuit from a granny quilt, and I'll bet you never did either, but here it is. 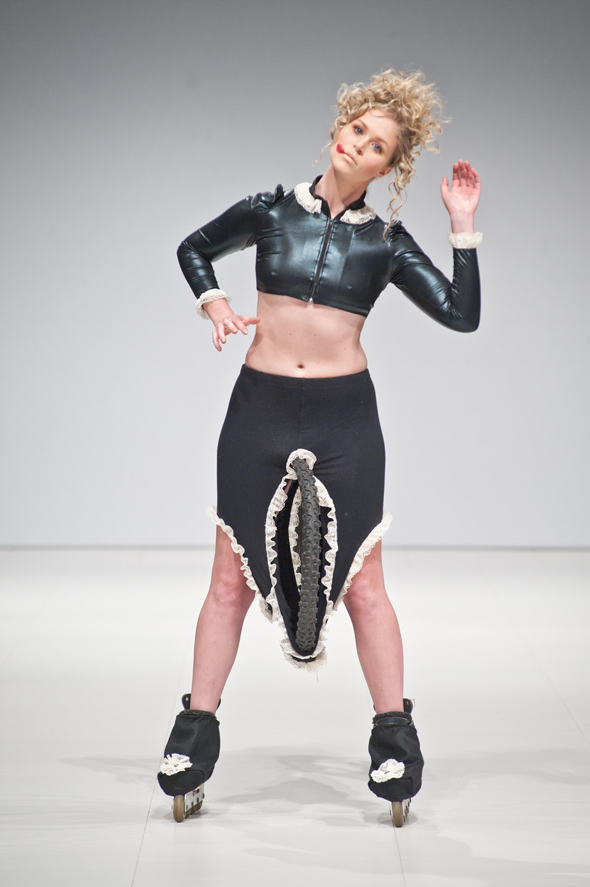 Mitra Ghavamian
Reclaimed materials (trash, to be more specific) figured prominently in Ghavamian's collection, which could safely be described as derelicte. Other looks featured tin cans and pinecones ("Pinecones!" muttered more than one showgoer to me that evening), but my pick for oddest look features a recycled tire. Related: Did you know that "yonic" is the opposite of "phallic"? 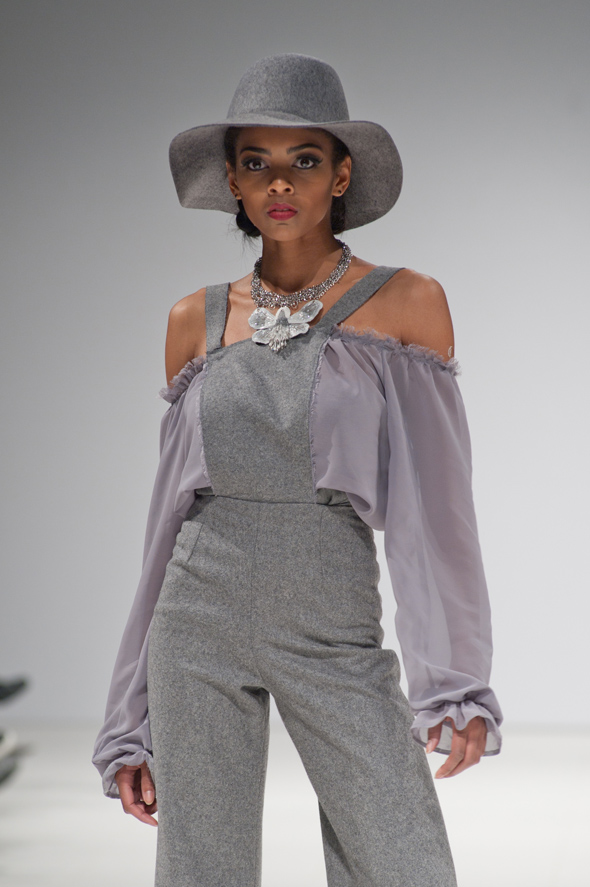 Bulgun Puteeva
Puteeva's collection was moth-themed, as was indicated by the fuzzy craft-store moths glued to backpacks and necklaces, or the repeat playing of this irritating Hawksley Workman ballad during the show. As for this overalls-and-blouse ensemble: Shoulda squashed it before it hatched.

Do you agree? Leave your picks for the strangest looks at FAT in the comments.