Spike Lee pop up shop touches down in Toronto

Spike Lee must have gotten tipped off about Toronto's mania for all things that come with the suffix "pop up," including Drake's success, because on Saturday his The Spike & Mike Pop-Up arrived in Toronto, only the second city to play host to the transient shop. At Livestock on Spadina, fans lined up to meet Lee and grab merch celebrating the 25th anniversary of Do The Right Thing. 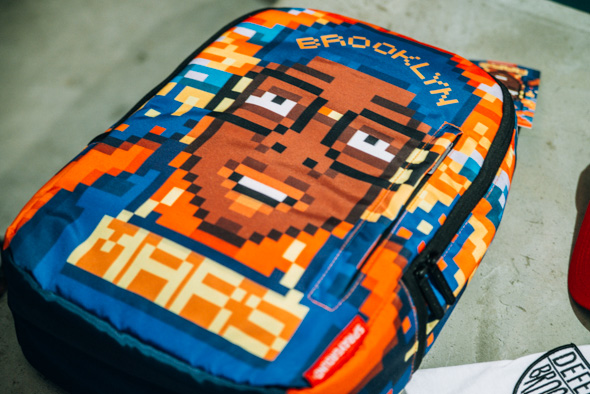 In the spirit of the holidays, fans had to make a purchase in order to get an autograph from Lee. On hand were tees, books, baseball caps, and street signs for "Do the Right Thing Way." Backpacks designed in collaboration with Sprayground and "Defend Brooklyn" and "40 Acres and a Mule" (Lee's production company) swag was also up for grabs.

In line, ages ranged from young kids to older fans, all waiting to get a signature on their memorabilia - sneakers, Knicks gear, posters, artwork, basketballs, vinyl, DVDs and even one short film script from film student (Lee wrote/commanded "Make a great film"). 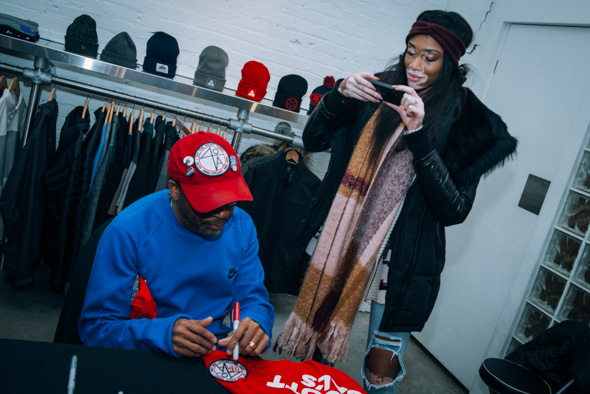 Winnie Harlow from America's Next Top Model showed up to say hi to Spike and pick up a shirt, and Nav Bhatia, aka the Sikh "Raptors Super Fan," also came out to meet his counterpart -- the "Knicks Superfan" -- and talk b-ball. 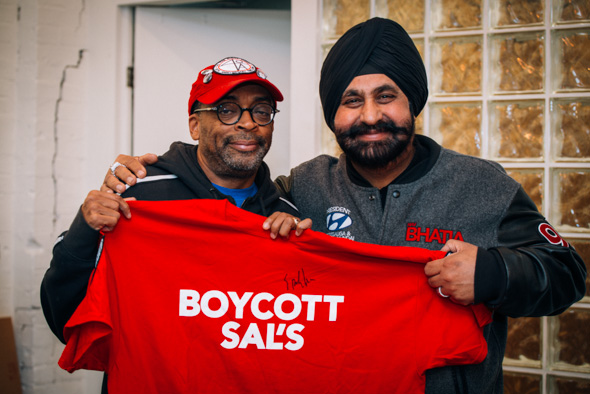 Lee was good in spirits despite his beloved Knicks poor performance this season. He was happy to be in Toronto ("It's Always Good to Come to Toronto"), and there's now some talk of taking the pop up, which has its original stand in Brooklyn, to Atlanta, Chicago, and other cities.

More photos of the Spike Lee pop up in Toronto: 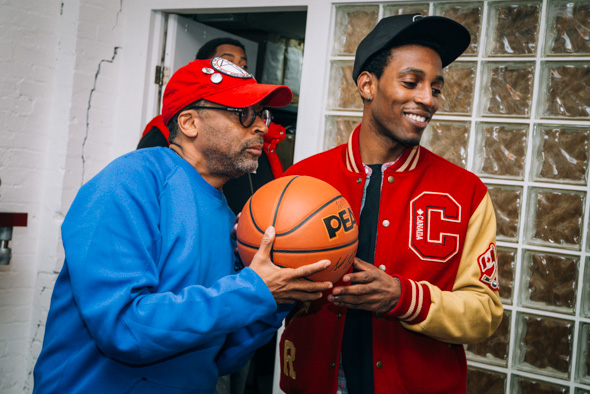 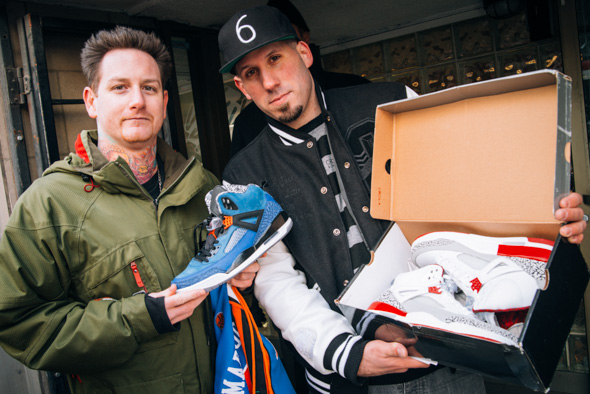 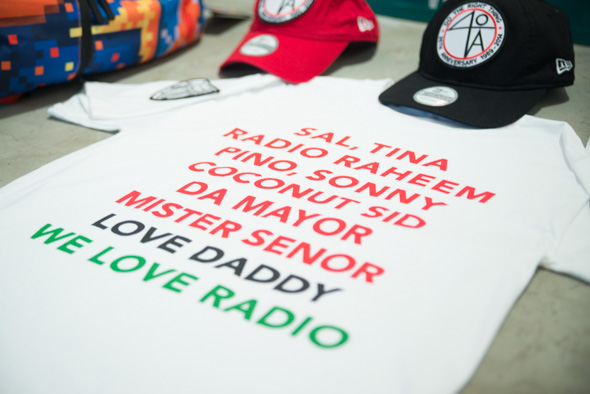 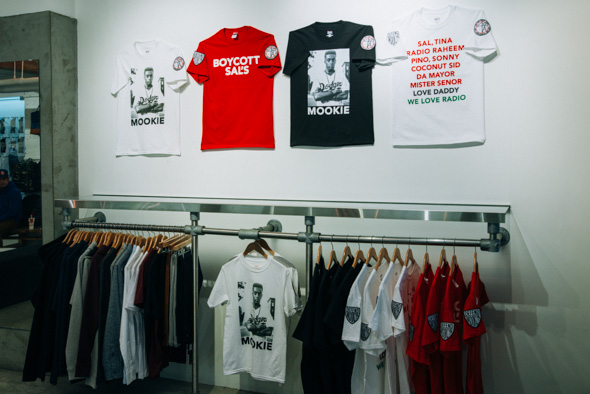 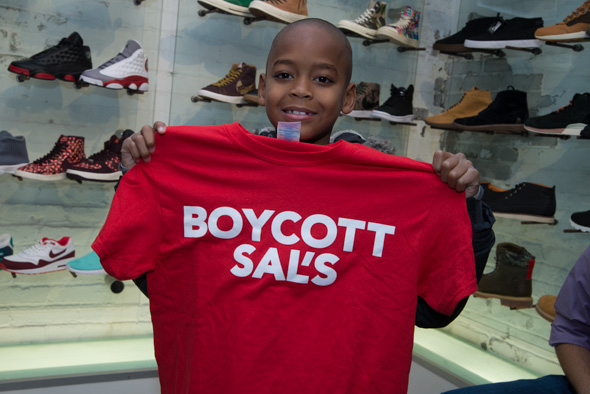 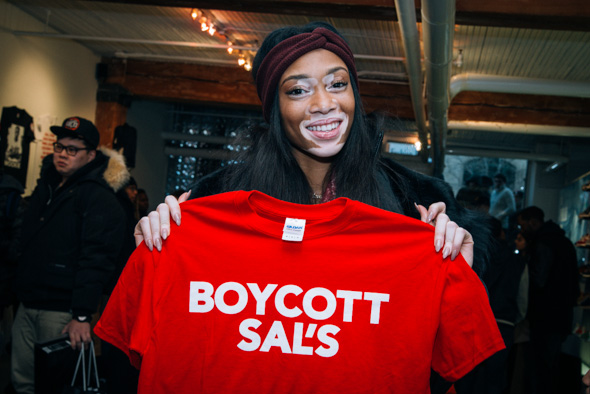 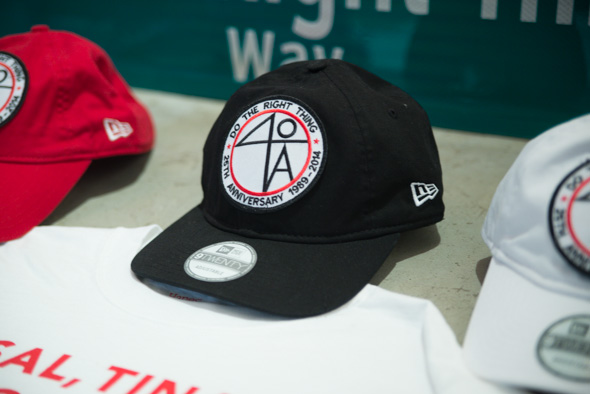 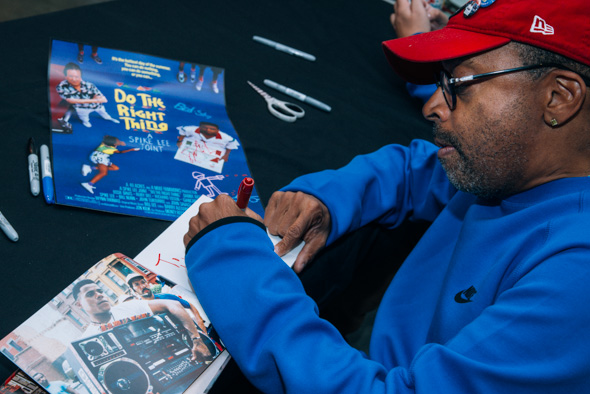 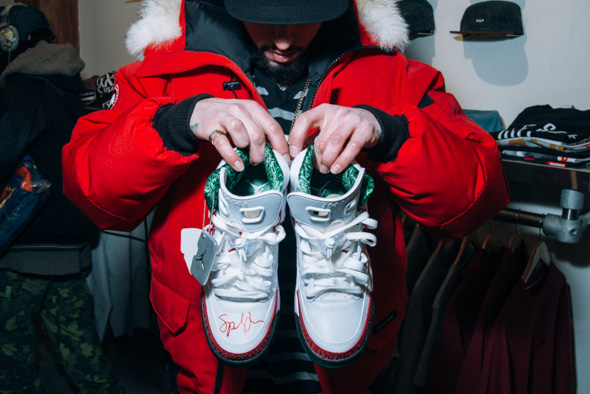 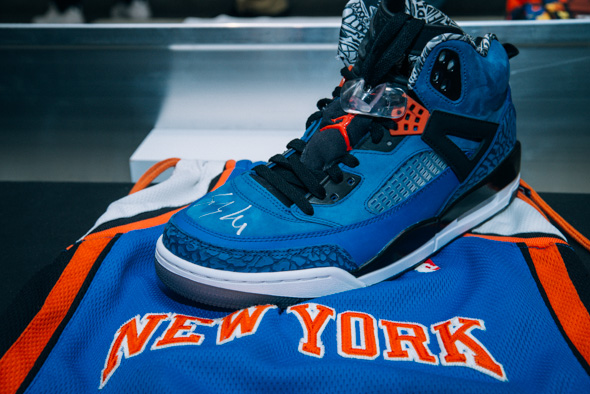 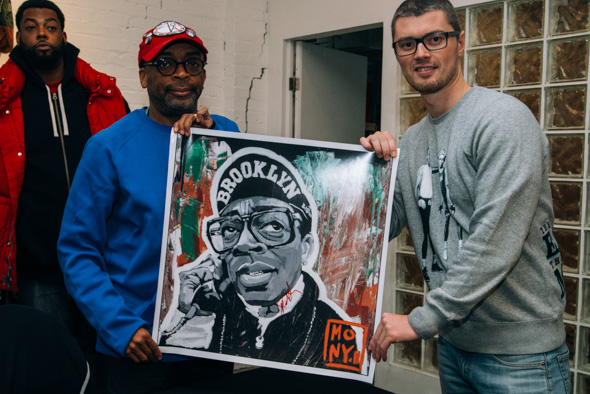 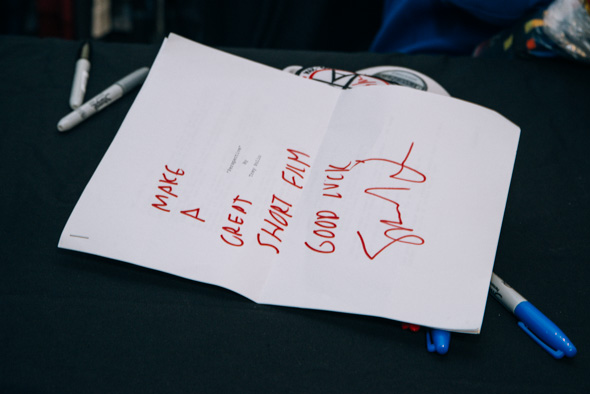 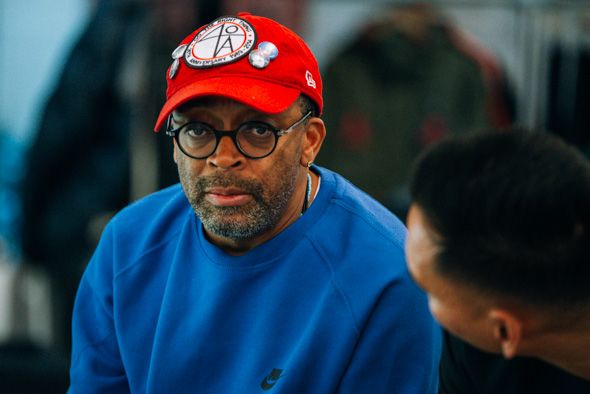 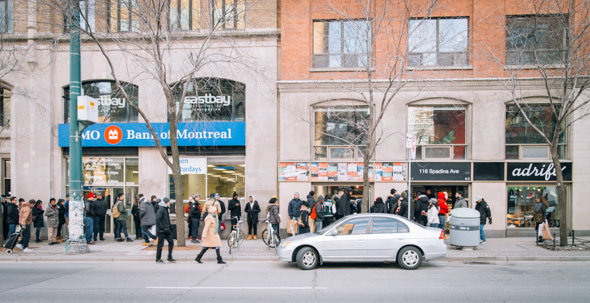 Photos and some writing by Alejandro Santiago