The Fall 2014 round, held at the Storys Building this past Tuesday and Wednesday, was no exception. Bellavance, Steven Tai, Kaelen, and Antonio Azzuolo brought a level of creativity and progressiveness unparalleled by even some of the biggest names in the game.

Though each designer made a name on far-away stomping grounds, Canada will forever be warm and familiar territory - and there's no better way to celebrate their very brief return than with a roundup of their best work.

Here are my picks for the top 10 looks from The shOws. 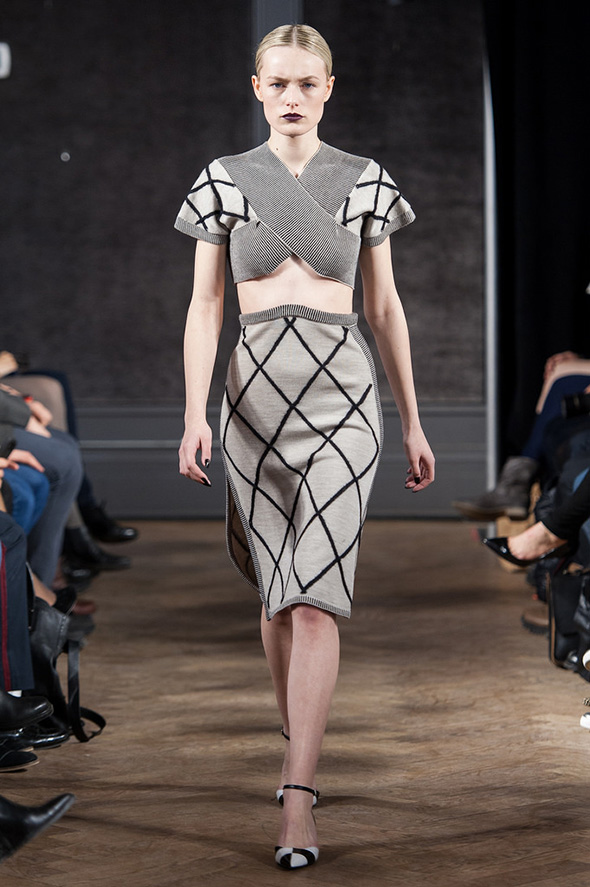 Bellavance's Nolan Bellavance and Ava Hama wanted their Fall 2014 collection to find a sweet spot between rigidity and rebellion - something they definitely achieved with this two-piece knit. The angular cuts and hard lines juxtaposed with the soft hand of merino wool complete a look that's equal parts uptight librarian and foxy lady. 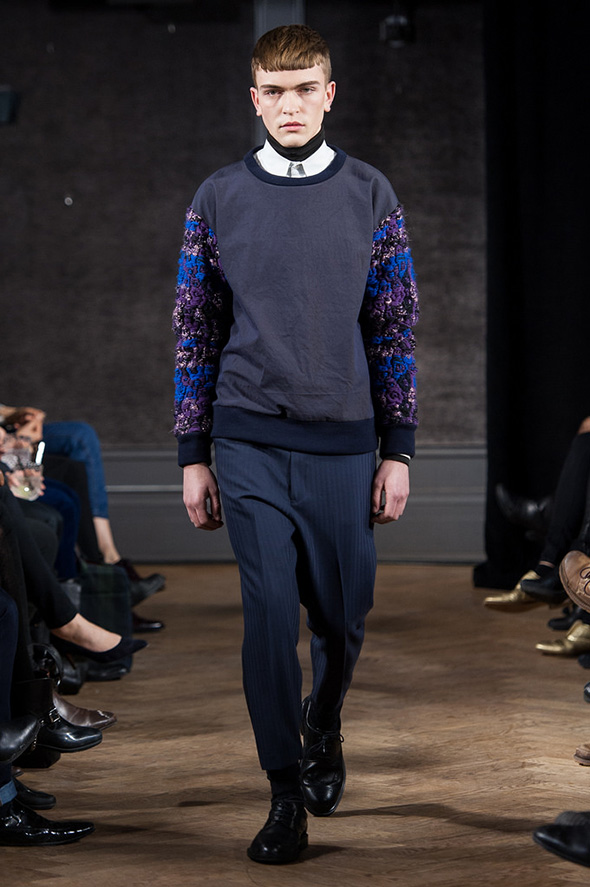 Antonio Azzuolo took the sweat suit to a whole 'nother level with structure, luxury fabric, and innovative layering. Not to mention the sleeves, which are detailed with berry-hued embroidery. 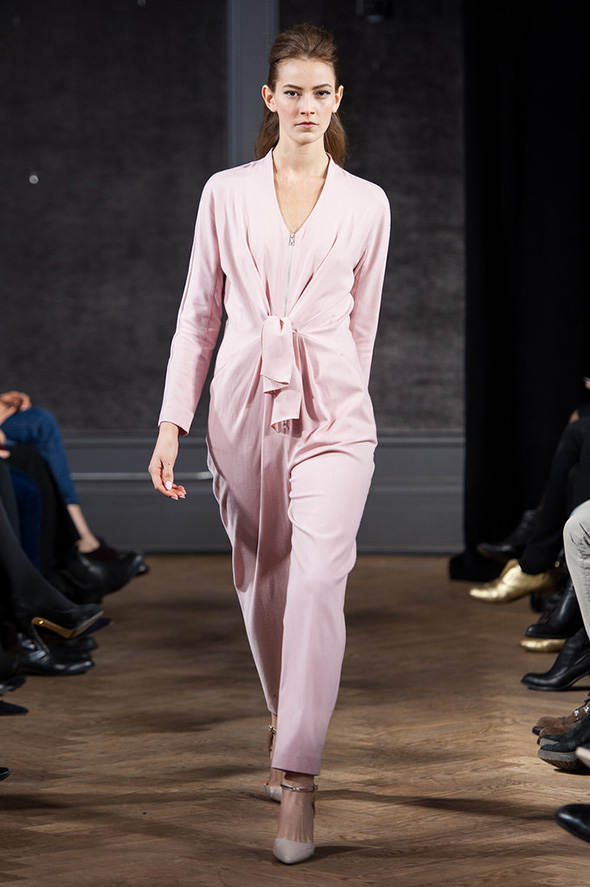 Every season, Kaelen Haworth's eponymous label explores the realms of both femininity and masculinity. For Fall 2014, she took the concepts of a boxy, orange jumpsuit and ran with it - coming up with a soft pink number that hugs the body in all the right places. 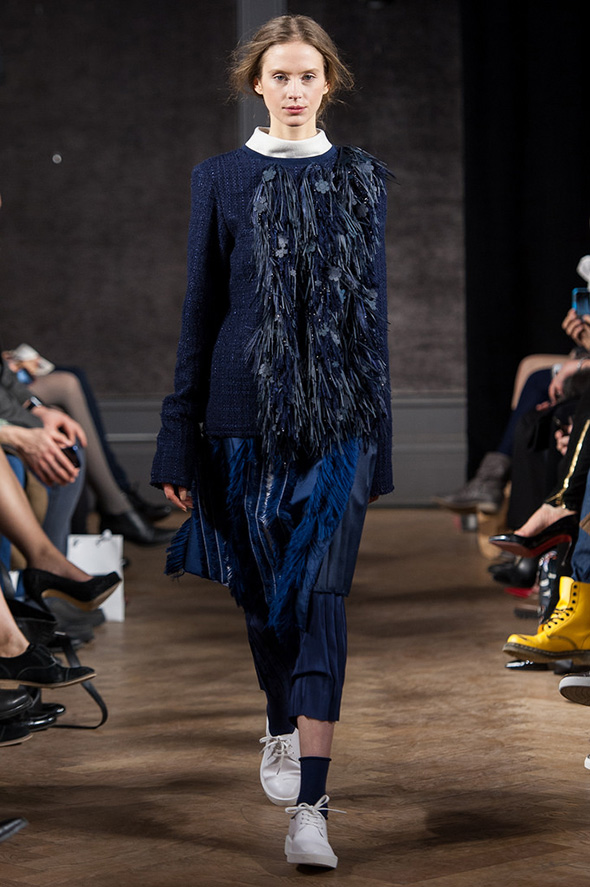 Steven Tai sent a chockfull of indigo down the runway, but not without a little (read: a lot) of TLC. The designer and his team spent something like 12 hours stitching and slashing this bad boy up, resulting in a semi-sparkly, super fringy ensemble unlike any other. 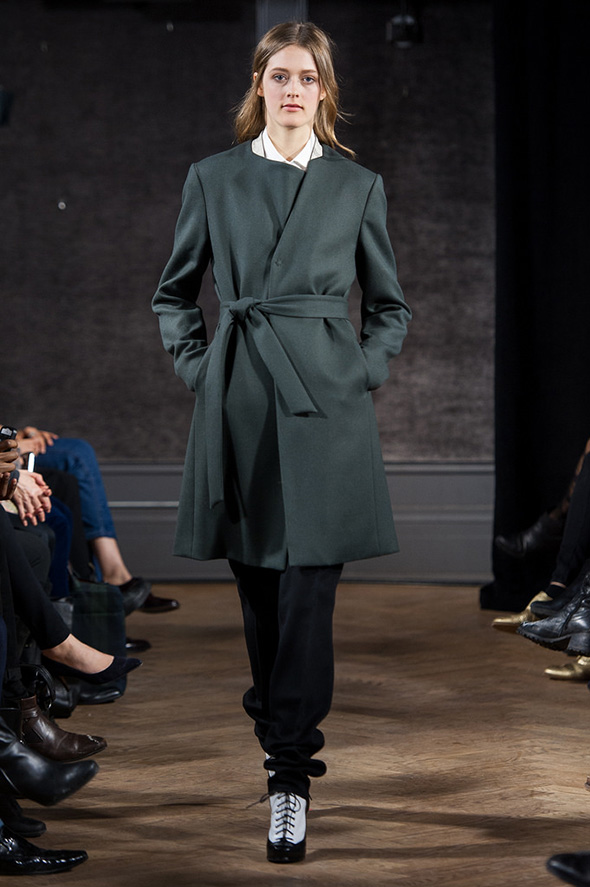 With a couture-level tailoring background, it's no surprise Antonio Azzuolo brought something this sharp to the table. This gem of a coat is somehow both oversized and perfectly fitted, just like the trousers that go with it. 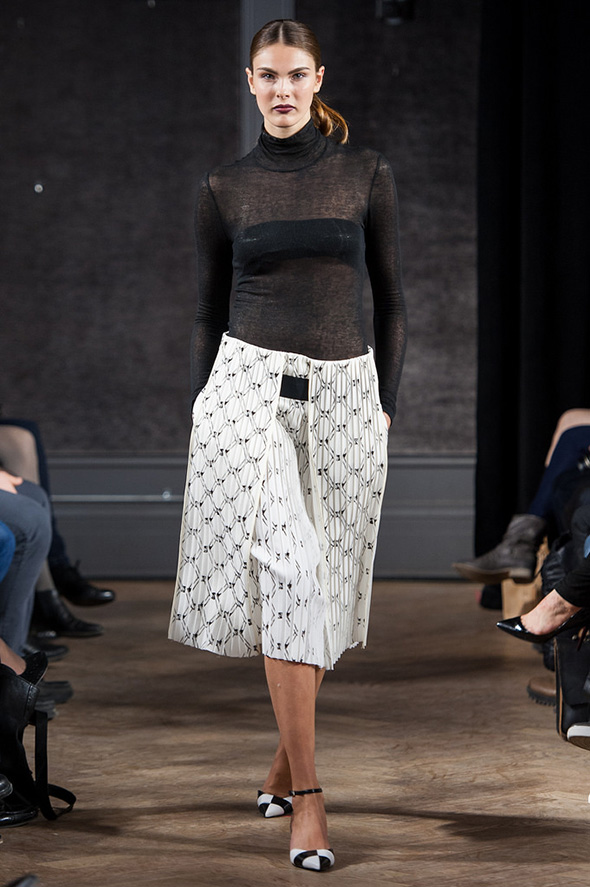 This achromatic look by Bellavance played nicely with sheers and opaques, but its most unique feature is a graphic chain link fence screen-printed over meticulously formed pleats. 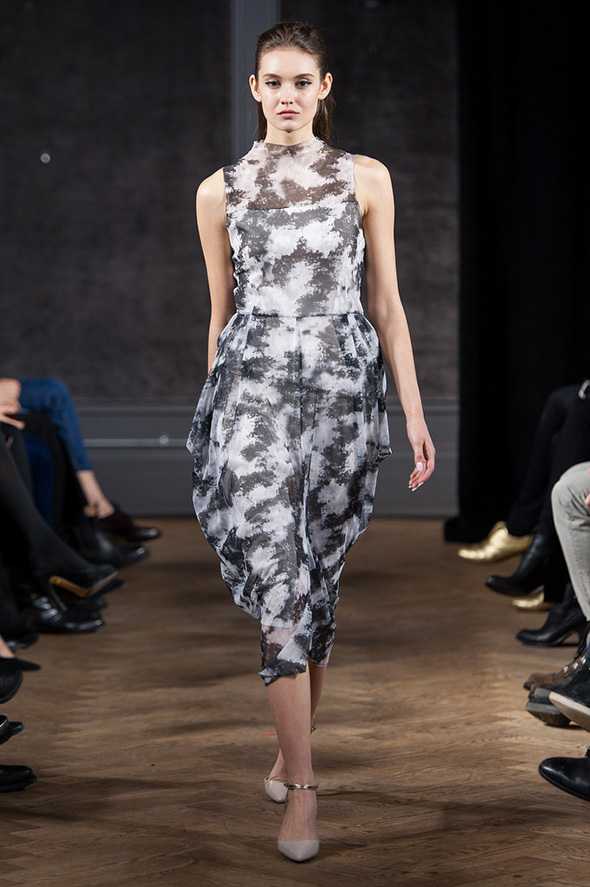 Although Kaelen's pieces are designed from a minimalist perspective, there's nothing boring about this midi dress, draped to perfection with a semi-sheer, burnout printed chiffon. 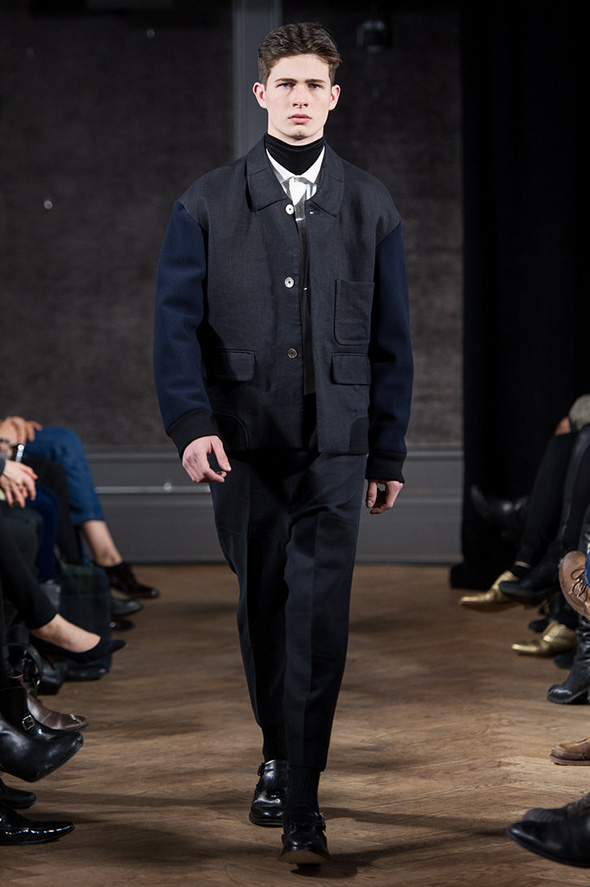 Antonio Azzuolo always keeps sartorial tradition in mind, even when designing something a little more casual. This utility jacket is about as swanky as they come - especially when worn with a pair of up-to-the-minute high water pants. 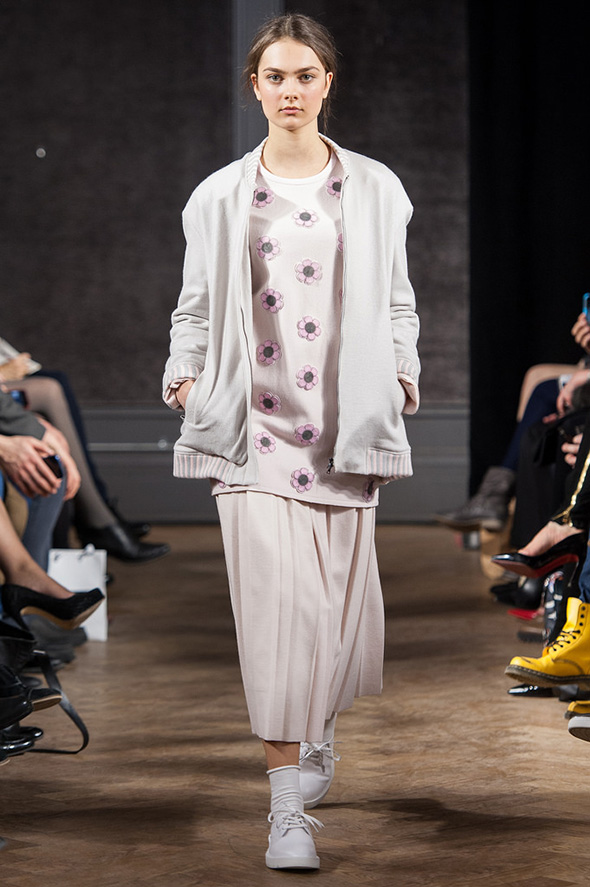 The silhouette of a long sweater, midi skirt, and oxford shoes may be a bit heavy, but Steven Tai's air of eccentricity is what makes him stand out. Plus, it's hard to dismiss something with hand-appliquĂŠd velvet daisies all over it. 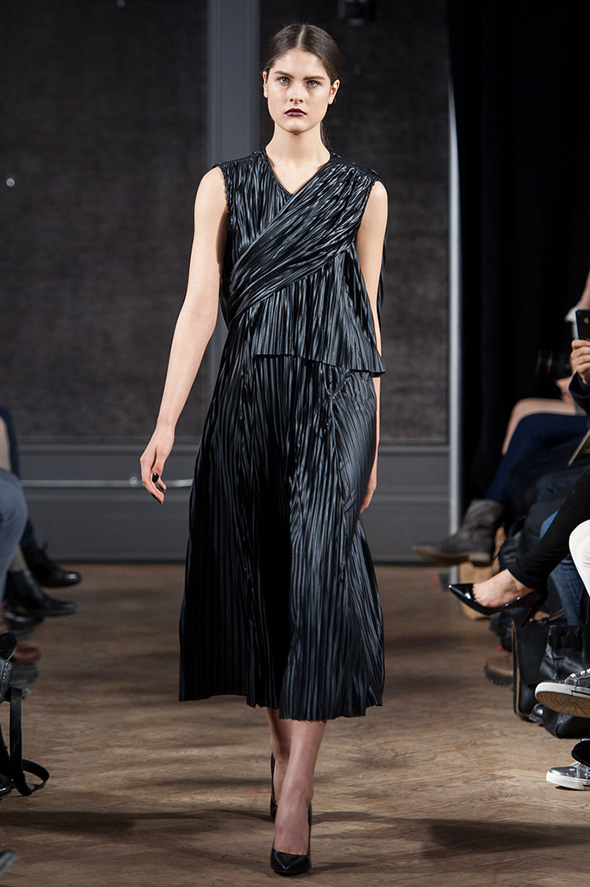 Though the duo behind Bellavance claimed this shiny fabric looked like a garbage bag when they found it, they pleated and layered it 'til it was shoddy no more. I think we can all agree on its impeccable asymmetry and texture.

Photos by Michael Ho, courtesy of The shOws