The hair and makeup at Toronto Fashion Week

Jorge Joao moves - and talks - quickly. Over the course of a five-minute break backstage, the affable master hairstylist fires off answers to about a dozen of my questions.

Makeup artist Grace Lee, on the other hand, prefers to keep right on working. "I'm a very good multitasker," she laughs, while smoothing foundation onto a model's face with an egg-shaped sponge.

As the masterminds behind every hair and makeup look at Fashion Week, Joao and Lee rarely get a chance to slow down. The leads work with each designer - all 30 or so of them - to create the perfect counterpoints to the collections, then marshal a combined 50 stylists from the Redken and Maybelline teams to bring that vision to the runway.

The consultations with designers start three weeks out from Fashion Week for both teams, with designers and stylists hashing out a shared vision for the show in person or over Skype or email. Joao and Lee say that they're consulted for their own suggestions as often as they're tasked with bringing a designer's specific ideas for life.

"Sometimes it's very clear (what they want)," Lee says. "Sometimes they want an opinion, they want to have" - we pause as Joao hollers instructions to his stylists in the background - "our vision."

From there, Lee and Joao work out step-by-step instructions that they brief their teams on to ensure consistency. "If 35 people do a ponytail, you'll have 35 different types of ponytails," Joao says. "The trick is to make it all look exactly the same."

Lee also does a demo of the makeup for each show backstage. A couple of hours before Laura Siegel's show hits the runway, Lee is testing the look out on model Sonya Esman, lining her eyes with black pencil and dabbing a hit of cobalt shadow into either corner.

A few dominant trends have appeared through the week; Lee says bold brows, nude lips and clean, healthy-looking skin keep reappearing. On the hair side, Joao says, a "combination of textures" on the same head is becoming popular. "A lot of looks we're seeing on the runway are seeing more of that wet look, and then it translates into dry. It could be from shiny to matte. You're seeing a lot of that double texture on the same head."

Joao says the simplest styles are often the toughest to pull off. "Long hair staying down - by the time they get on a runway from here to there, that's a gap that can go from beautiful to chaos really quick. Sometimes the simple things are the ones that can be the toughest. Sometimes the intricate pinned things are the ones that stay down and then they're done.

"The hardest part is probably when it just gets pretty crazy with the amount of turnovers we have to do with the designers," says Lee, while lining Esman's waterline with an impressively steady hand.

And yes - sometimes the designer's "vision" does completely reverse at the last minute. "We've had last minute changes where the designer will want look changes. This is minutes - half an hour before the show," Joao says. "Or on the way here, they're like 'I was inspired by something and I want to change it up' - as we're ready to do the original look.

"You just act. Sometimes I don't even know how we do it. You just trust your instincts."

According to Redken, the final tally for the week stands at 500 heads of hair touched (along with, it must be said, 375 cans of hairspray and 50 pounds of bobby pins used). All this translates to some very, very long days. "You're looking at, easy, a 12-hour day for sure," Joao says (the makeup team comes in a little later). "But you get caught up in the energy, and it feels like minutes sometimes."

Lee, too, seems to thrive on the bustle of backstage. "The fun part is just doing makeup!" she says. "It's an adrenaline rush." 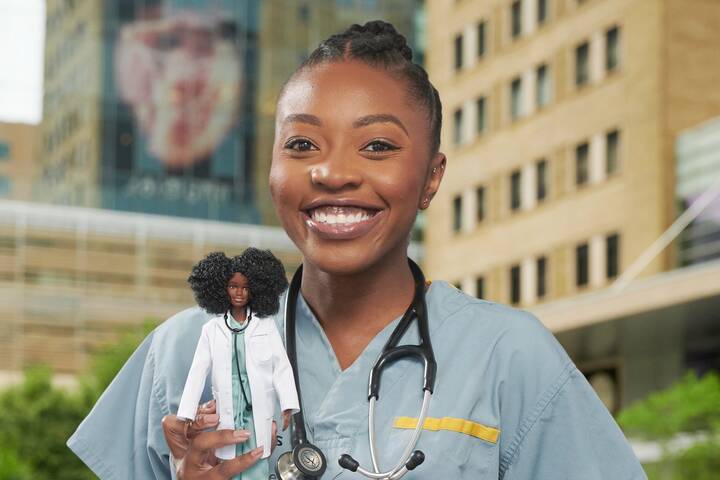