What better way to pay tribute to the physical labourers of yesterday and today than suck face in front of an urban monument erected in their honour? The pleasure--pun intended--can be had at a little green oasis in the middle of Toronto's downtown core. Cloud Garden Park at Richmond and Bay is know for its massive tiered waterfall, its monument to the "men and women who have wielded the materials of the built world" and its occasional nighttime visitors who come and leave in pairs.

What's the attraction? Well, first off, there's nothing like the sound of rushing water to get you in the mood, and you can't even see the floating Trident packs in the "reflecting pools" after dark. Indeed, many of Hollywood's great love stories have unfolded by a waterfall, and who wouldn't want to be just like Tom Cruise and Elisabeth Shue in Cocktail? 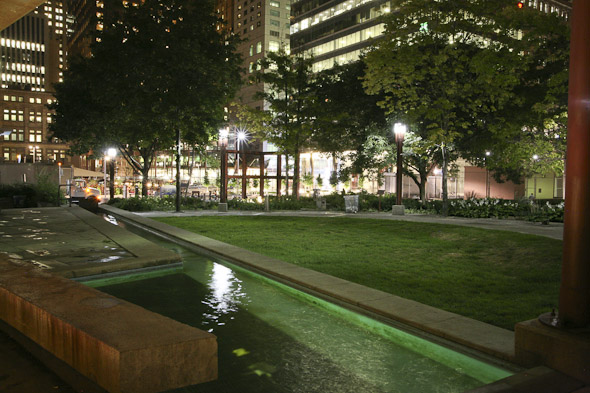 So start at ground level, hovering by the mist at the foot of Cloud Gardens' falls, and just imagine those cigarette butts are but mere, lovely rose petals. Follow the few vines futility trying to take hold of the concrete walls; they'll lead you to a ramp that ascends the height of the waterfall. 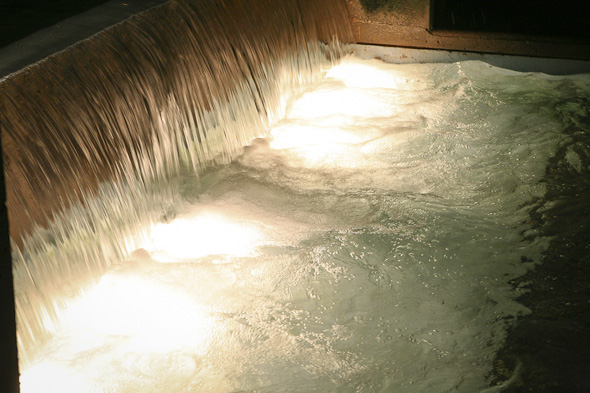 Feeling the romance yet? While your eyes and nose may deceive you, telling you this spot is either a trashcan or a toilet respectively, many a lover--and indeed, a wise man--has discovered this spot as ideal for expression. Some of that expression has been enshrined on ramp walls in the form of erudite quips as, "Disregard females/Obtain currency" and "Your moms [sic] vagina smells like Queen and Spadina." Ah, city-themed rhymes; this truly is the arts capital of Canada. 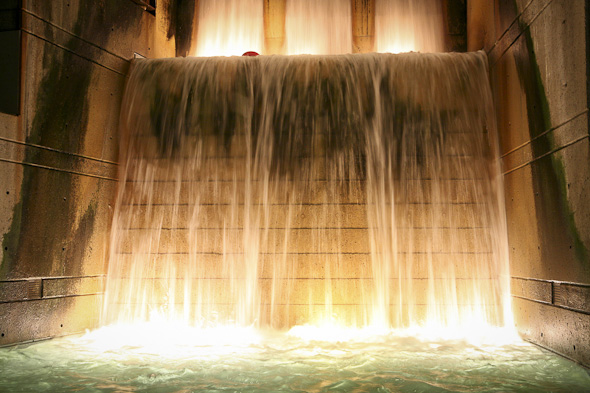 When you've reached the top you may feel as if you've lost your footing, if only because the sturdy ground below you has suddenly turned to metal grates. This is surely where the amorous expressions take flight. The only thing separating you from the falls is a dripping, rusty rail, so unless you're up to date with your tetanus shots, you may want to lean against the other side. 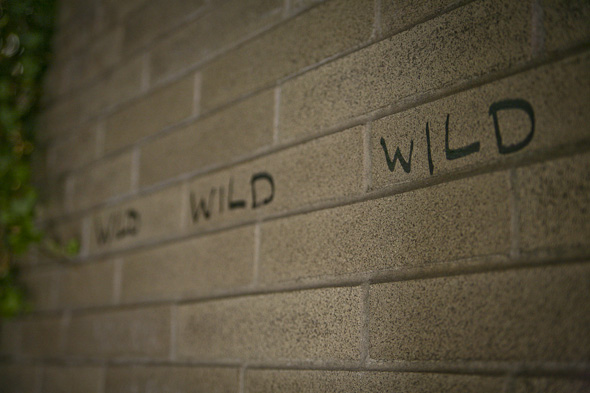 While the roar of the water at this elevation may quell reasonable attempts of conversation, you haven't really come this way for conversation, now have you? You've got a mild view of the city, greenery all around, and little splashes of water cooling off the heat of the night. Just remember to take the advice of an urban dweller who passed this way before you: "If ur gonna fuck here, get tested."

Privacy: Little nooks and crannies will help you disappear

Atmosphere: Decent after dark when the litter fades

Watch out for: Greenish waterfall water getting in open wounds 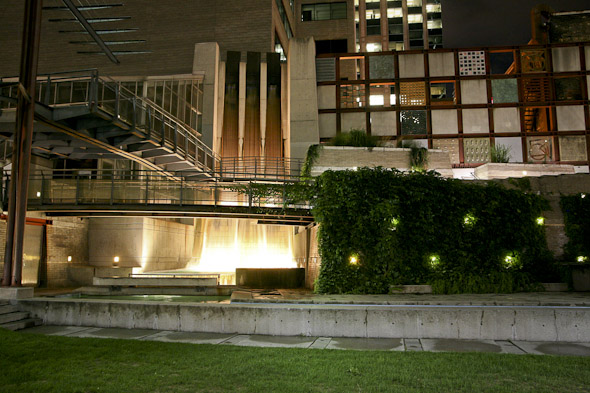 Previous in this series: