Hollow Ground Barber Shop is where I find Beejay Diona. The last time we crossed paths was when he was waiting for customers on a quiet winter afternoon at Mike's Scissors . A year and a half later, he's a co-owner at Hollow Ground , a new three-chair barber shop just a few blocks away from his old chair.

The shop came about in a rush, after Beejay left Mike's and got together with fellow barbers Dru Barrow and Pernell Patara, Beejay's cousin, to look for a space. Like so many young barbers, they'd been collecting barberabilia from junk shops and online auctions for a few years, and wanted a place big enough to show it off. They also didn't want to leave their neighbourhood - that stretch of Bloor between Koreatown and Bloordale that's never really gotten too dire, but is definitely in need of a refresh. They ended up across from O Nosso Talho, the Portuguese butchers, in a storefront once occupied by a day spa, and conveniently plumbed for hair washing sinks.

After a quick renovation that exposed the brickwork and opened up long-covered windows, they had a soft opening in May and a grand opening party last month. Right now the space seems too big for the trio, even more with the unfinished patio at the back that they're ignoring as long as the heat wave lasts. 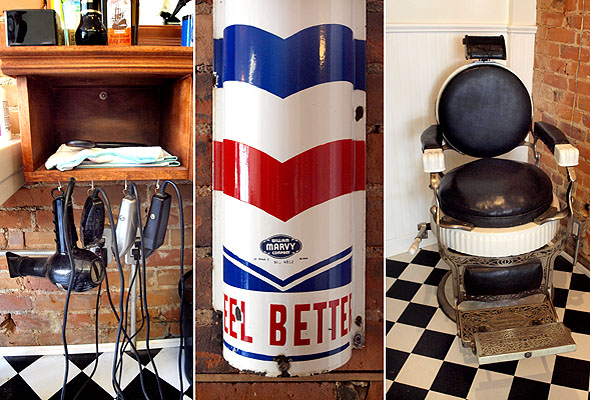 Beejay shows off some of their finds, including a military wall clock and a pair of seats from the Winnipeg Arena (he's a Jets fan, overjoyed at the team's return) and we settle in for a shave. It's a warm day, which means sensitive skin and a beard made more coarse and wiry by the humidity, so Beejay liberally lays on the hot towels. He starts with a skin cleanser, then applies the shaving foam by hand, since brushes increase the risk of infection. 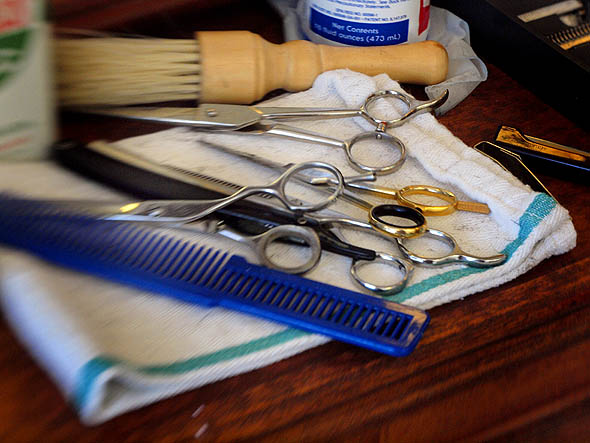 Every stage is bracketed with a hot towel, and Beejay works slowly and carefully. When he's finished with the razor he adds witch hazel and some Neutrogena post-shave gel, explaining that he doesn't like to use aftershave - the alcohol only increases irritation. It all ends after the final towel with a quick dash of Clubman talc , an especially kind touch considering the humidity outside. 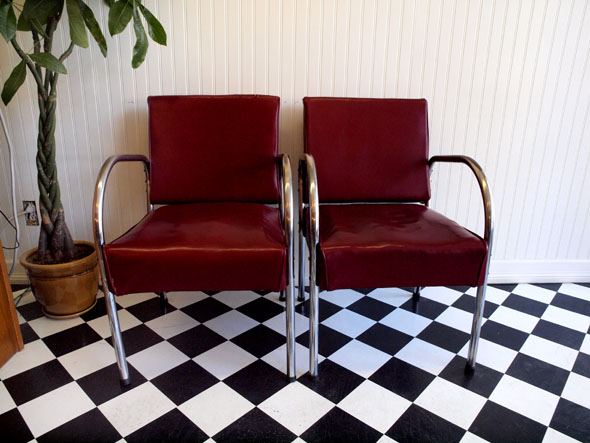 Beejay and his partners have tried to price their services competitively, with a haircut for $22 and a shave for $25, around the average price for a specialty barbershop. Their price list also includes full head shaves ($30) and quick shape-up trims ($12,) and they welcome women in their chairs. They want to help revive the neighbourhood barbershop, and Beejay insists that the straight razor shave is the ultimate test of authenticity.

"It's a barbershop - you need to have a shave." 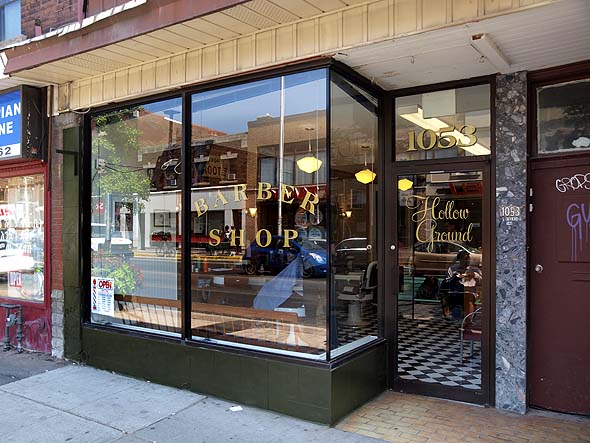