The Nite Owl Barbershop is a tiny neighbourhood barbershop located on Lake Shore Blvd. in Long Branch. The three-chair, one-man operation is less of a retro throwback to the glory days of straight-razors and Layrite - a la every other barbershop opening in Toronto these days - than it is a perfectly preserved time capsule held over from the 1940s, when the shop first opened its doors.

Though the shop technically opened a few short weeks ago under the ownership of Brian Hurson, an Irish expat with a warm manner, an imposing physical presence and a seriously sweet moustache, it's been a barbershop for the past 70 years. When the last of the original barbers retired, Hurson says, it sat unoccupied for over a decade. 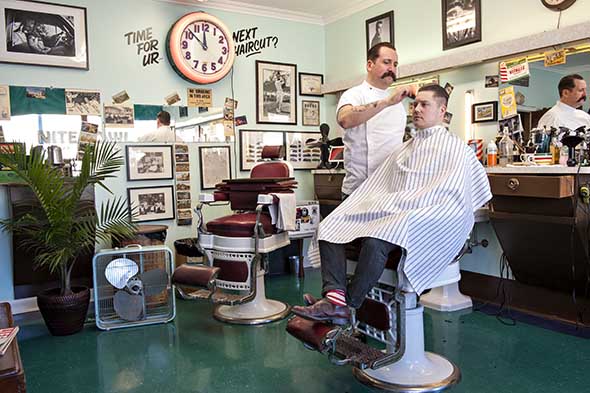 "I live in the area - I've been kind of peekin' in and saying 'man, this is a great spot'," he says. "I wouldn't even say we renovated it - it's more like we restored it." 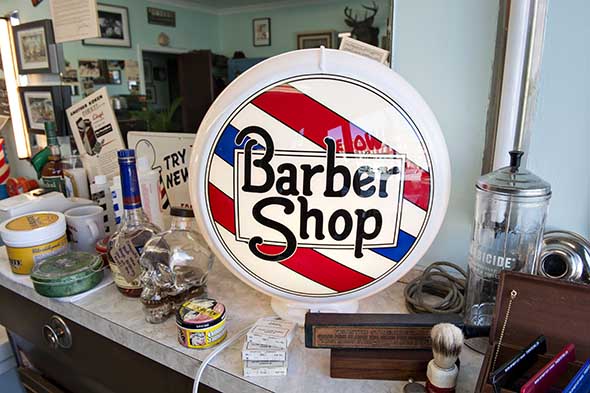 The red-and-chrome chairs and white pedestal sink, as immortalized in old photographs on the wall, are unchanged; a yellowed barber's license hangs in the corner in a gilt frame. Hurson did bring in a few other items - a Pepsi fridge from the '50s, a stuffed stag's head bought off a customer after his wife told him to get it out of the house, and his sole anachronism: an iPad, which he uses to manage his online bookings. 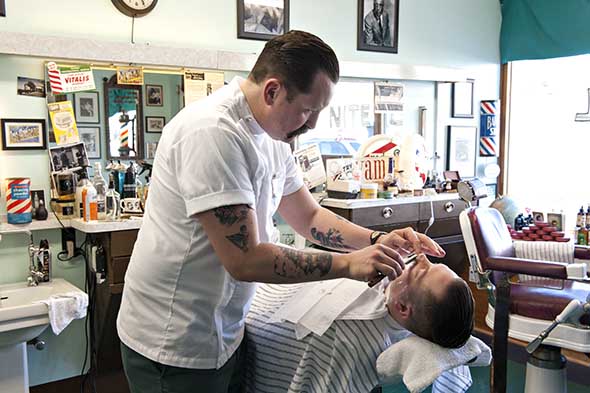 Even the spinning barber's pole by the door is the same - Hurson offhandedly mentions it sustaining some damage when "a gun went off in here in the '50s". Sure enough, there's a brownish divot in the surface where something slug-sized might have dug into the glass years ago.

As we chat, with me leaning on that original sink and Hurson giving a longtime client what he calls "that '40s movie star look", the winter wind nudges the shop door open. "That'd be the ghost," he says. 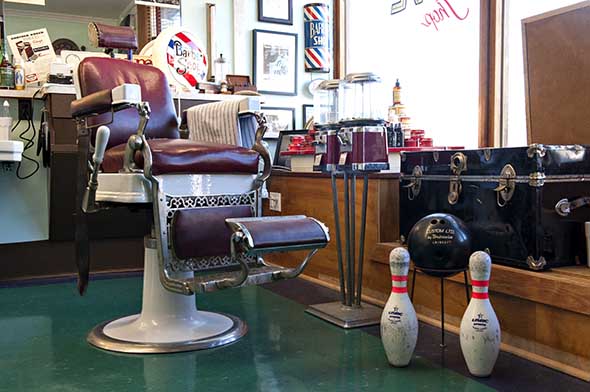 Hurson himself came to Toronto by way of Dublin, where he cut his teeth at the Waldorf Barbershop ("a proper barbershop", open since 1929). Jon Roth of the Crow's Nest stopped by for a haircut one day; when he learned that Hurson was planning a move to Canada, he offered him a job at the Kensington Market shop. He spent two years there - until the lure of the vacant barbershop near his place proved too strong to ignore. 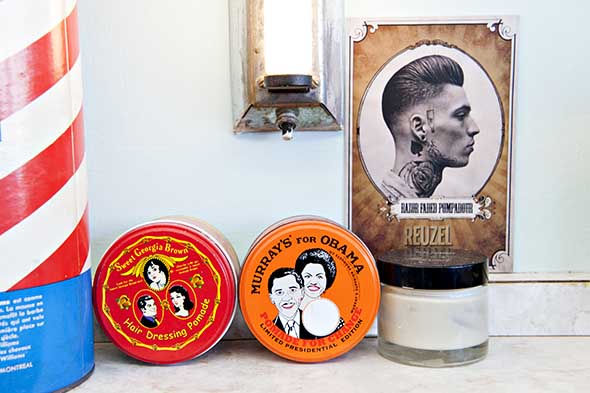 Now, he doles out haircuts at $25 each, with a complimentary beard trim, and straight-razor shaves ($35) prepared like they would have been a century ago. "I spend a lot of time on the lathering and the preparation of the skin, and then the shave is very fast. Once you've lathered and prepared and spent the time with the hot towels and massaging in the shave cream, the shave is easier." 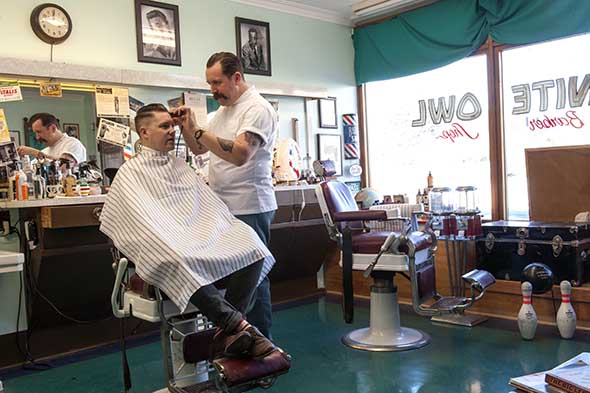 The steady stream of local clients tapers off at 7, but, true to the shop's name (borrowed from the coffee shop in LA Confidential), he often stays up late, listening to his old radio (typically, Beethoven's "Moonlight Sonata") and sweeping the floors under the pink glow of a huge neon clock.

"Actually, somebody did say to me that when they looked in, they weren't sure if it was a real barbershop, or just a performance piece - I was playing the role of a 1940s barber."

There's something to be said for taking tradition seriously. 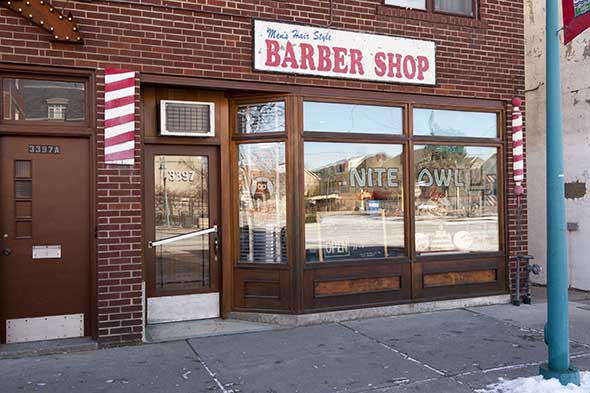