Hastings Barber Shop is currently open but their offerings and services may be affected due to the pandemic. Please contact the business directly for more information about any changes. Is this your business? Please contact us if you would like to update this message.

Hastings Barber Shop has a small stack of '70s era Playboy magazines on the windowsill, and when you look up, the next thing you notice is two large taxidermied deer heads on the wall, flanking the turn-of-the-century wood and mirror barber back bar. Hastings Barber Shop is a cozy space, but it's packed with personality and straight-up quality fades and shaves. 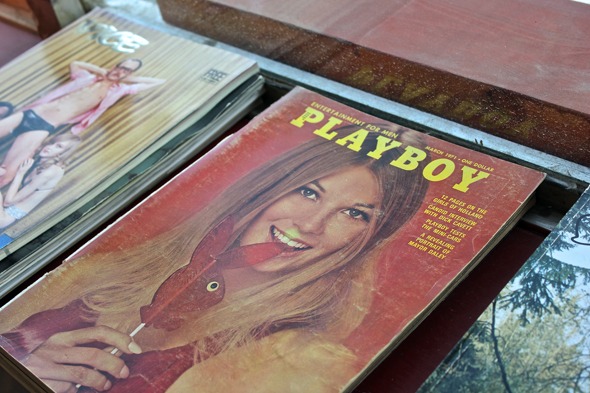 Opening last November in Leslieville , Hastings is quickly becoming a neighbourhood staple through word of mouth, which seems fitting for a new take on a classic barber shop. In fact, the original space used to be Mario's Barber Shop for about 30 years. 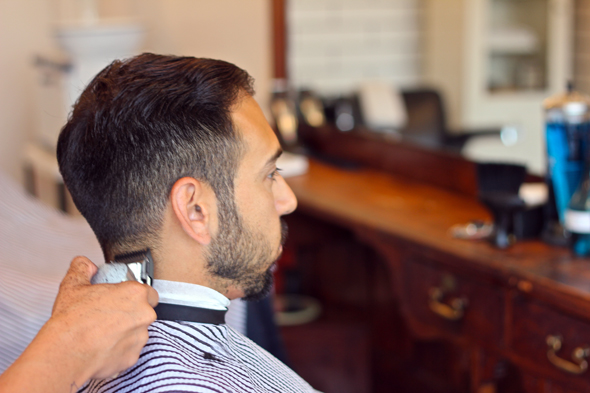 "The old guys [barbers] are retiring," says Roger Janes, the shop's co-owner and the founder of Toronto's Blood & Bandages in the west end. "I think it is a second calling of the guard. All the old guys are going and the new people are coming in. It's a bit of a free-for-all." 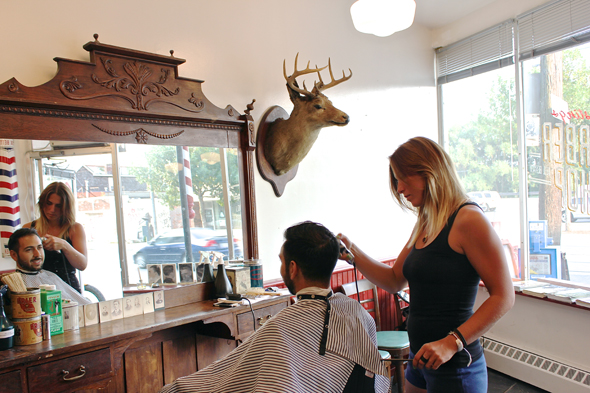 Having had solid success and acclaim with Blood & Bandages, which opened in 2007, Janes wanted to bring the concept to the east end. "When we opened we didn't want to step on anyone's toes," says Janes as we chat on the front bench outside of the shop. "You gotta get into an area and respect your ground." 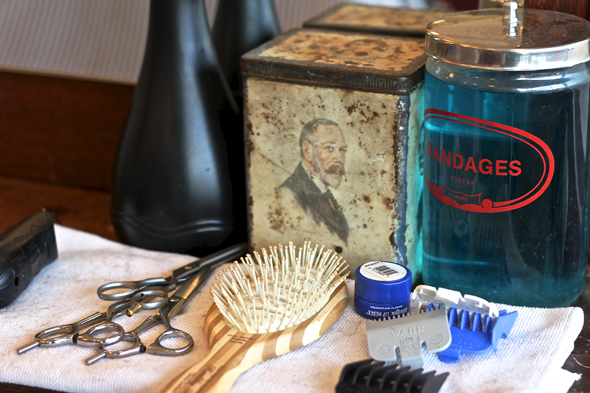 Leslieville, according to Karolina Conroy, the shop's co-owner with Janes and chief barber, is the perfect backdrop for Hastings. Like Leslieville, Hastings is laid back and relaxed, she says. Adding that the shop is for everyone from John, their oldest client at 94, to young families to guys looking to get a classic cut or straight razor shave. The shop also houses Gary Carroll a.k.a. "Dublin's finest" who just came over from Ireland three months ago to join Hastings as a part-time barber.

Janes and Conroy originally met at hair school. Conroy first went into the salon industry, but fell for the uniqueness of a barber shop. "Barbering is very unique to its craft," says Conroy. "What happens in a barber shop you can't get anywhere else." 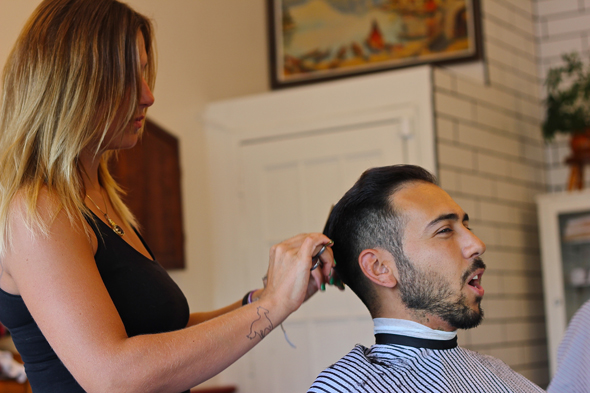 And although you can get Playboys and taxidermy elsewhere, you can't get them packaged with quality haircuts and shaves just anywhere. 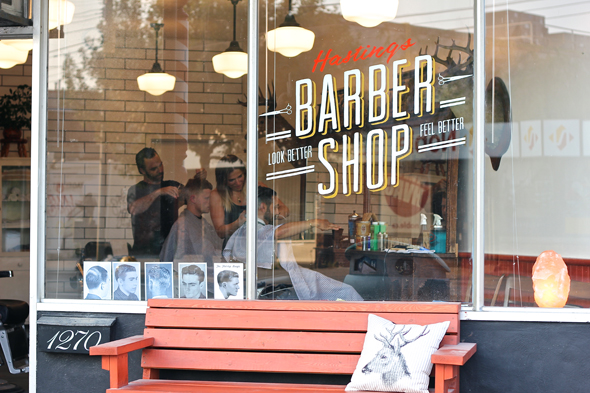