611 Purple Factory is a barber shop-meets-luxury lifestyle boutique dedicated to hip-hop's most legendary group of lyricists, the Wu-Tang Clan.

Founded by Raekwon himself, this shop marks the world's only Wu-Tang flagship store. 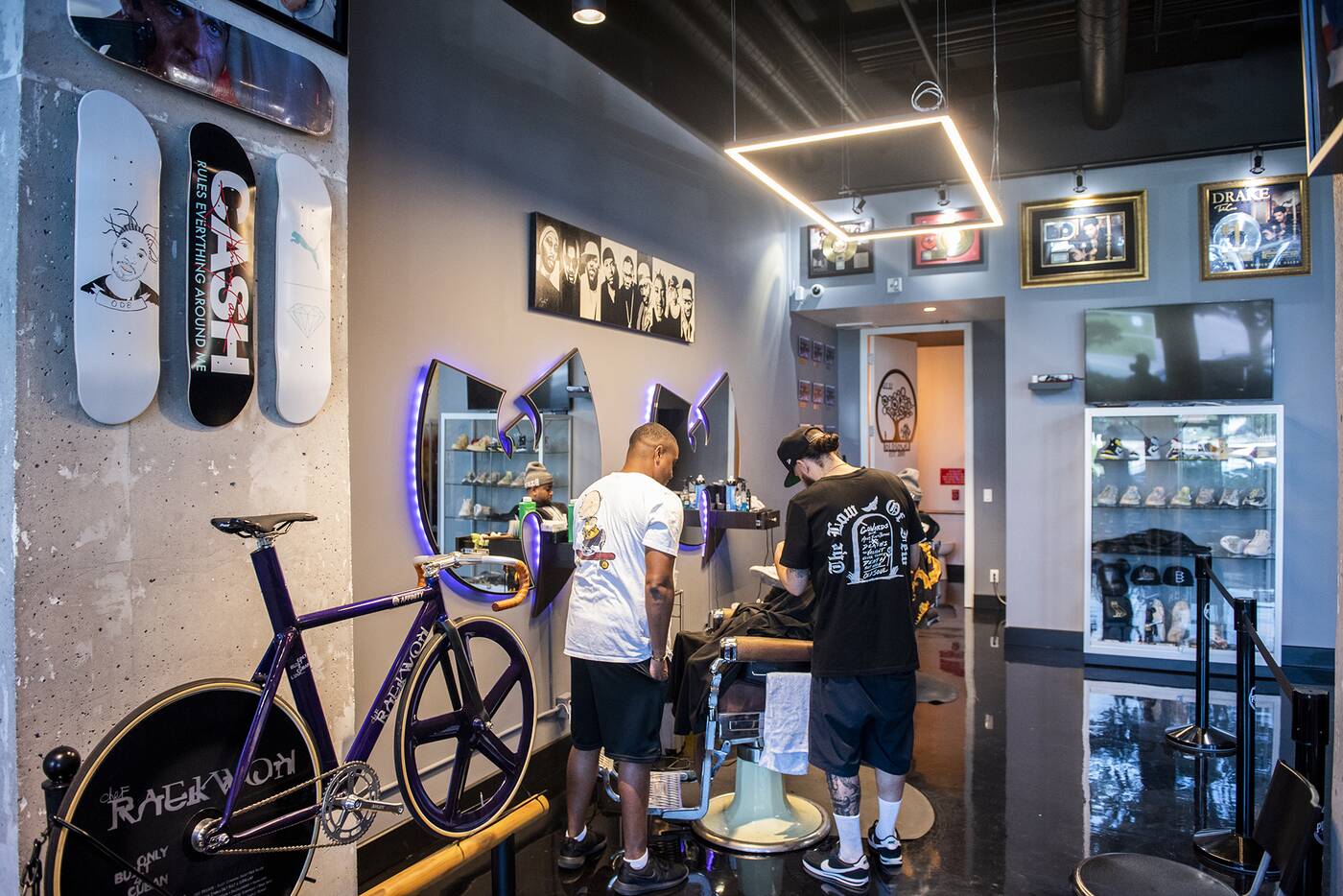 Built to house The Chef's brand Purple Factory, the shop is equal parts event space and community hub, but first and foremost is a shrine to one of the most influential groups to ever hit hip-hop culture.

It's easy to miss from the outside: save for the big purple 611 sign, the shop is completely concealed from the sidewalk by one-way windows. 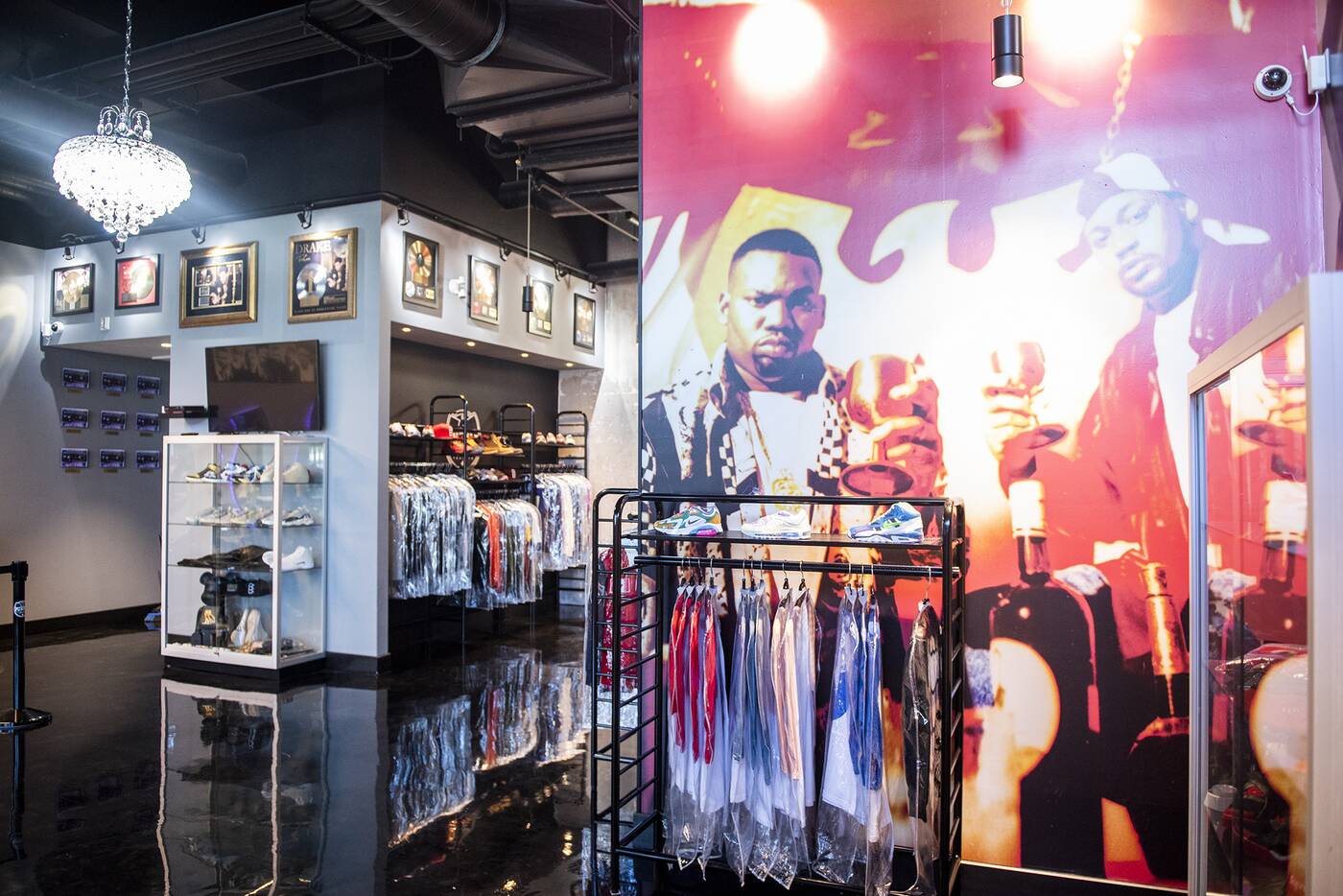 You'll have to buzz in (it's less intimidating than it looks) to enter this reclaimed cement chamber, entirely dedicated to all things Wu-Tang, more specifically, Raekwon's debut album Only Built 4 Cuban Linx...

Aptly awash in purple tones, the shop's ode to 1995's monumental Purple Tape is basically a massive range of violet-hued memorabilia, from never-bef0re-seen photoshoot outtakes to a slew of streetwear collabs. 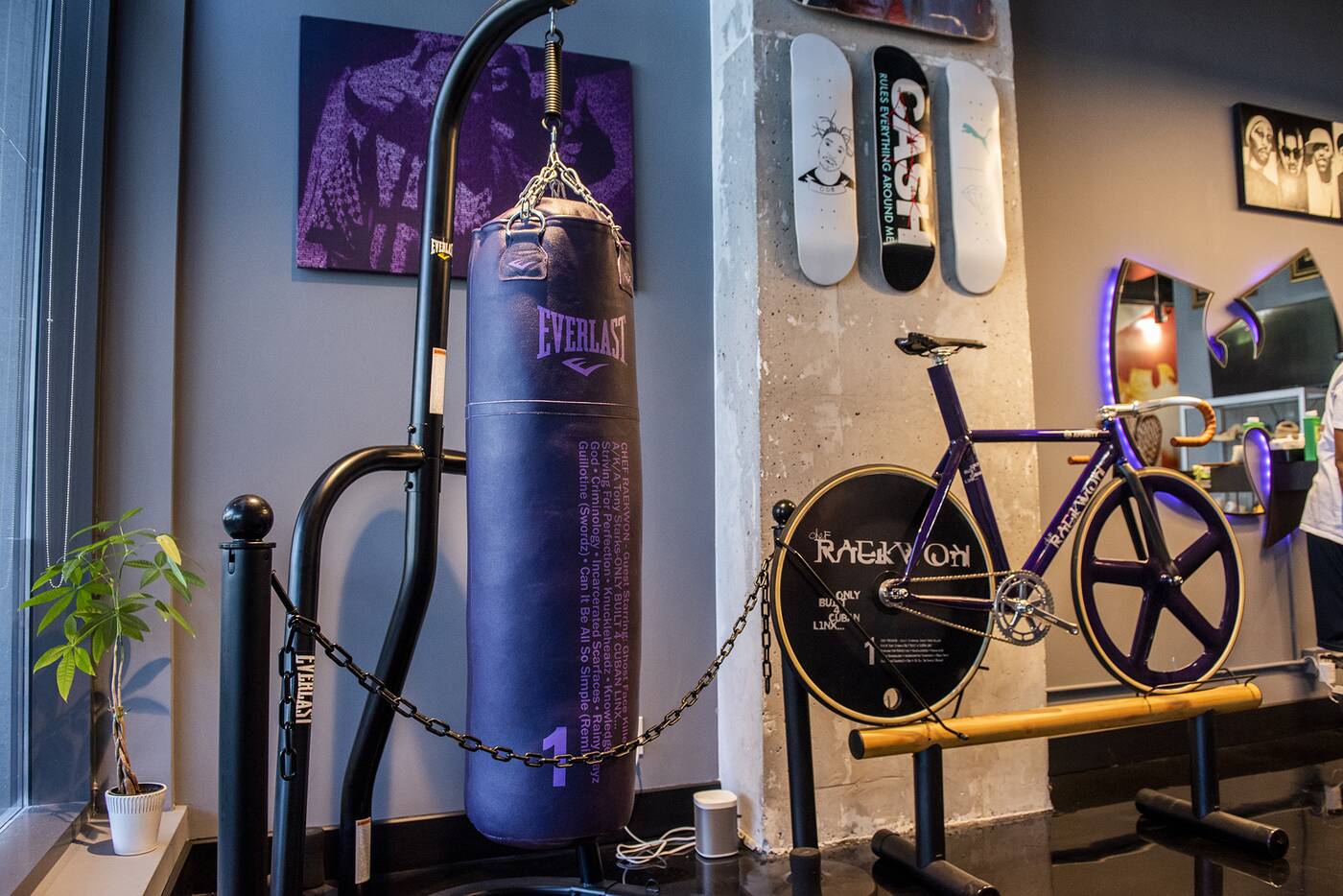 There's too many to mention. One corner feature one-of-a-kind collectibles like a Purple Tape Everlast punching bag and a handful of Supreme ODB or Cash Rules Everything Around Me decks.

At the top of one cement pillar is an authentic Wu-Tang Clan District sign, one of several given to members after their official immortalization in Staten Island in May 2019. 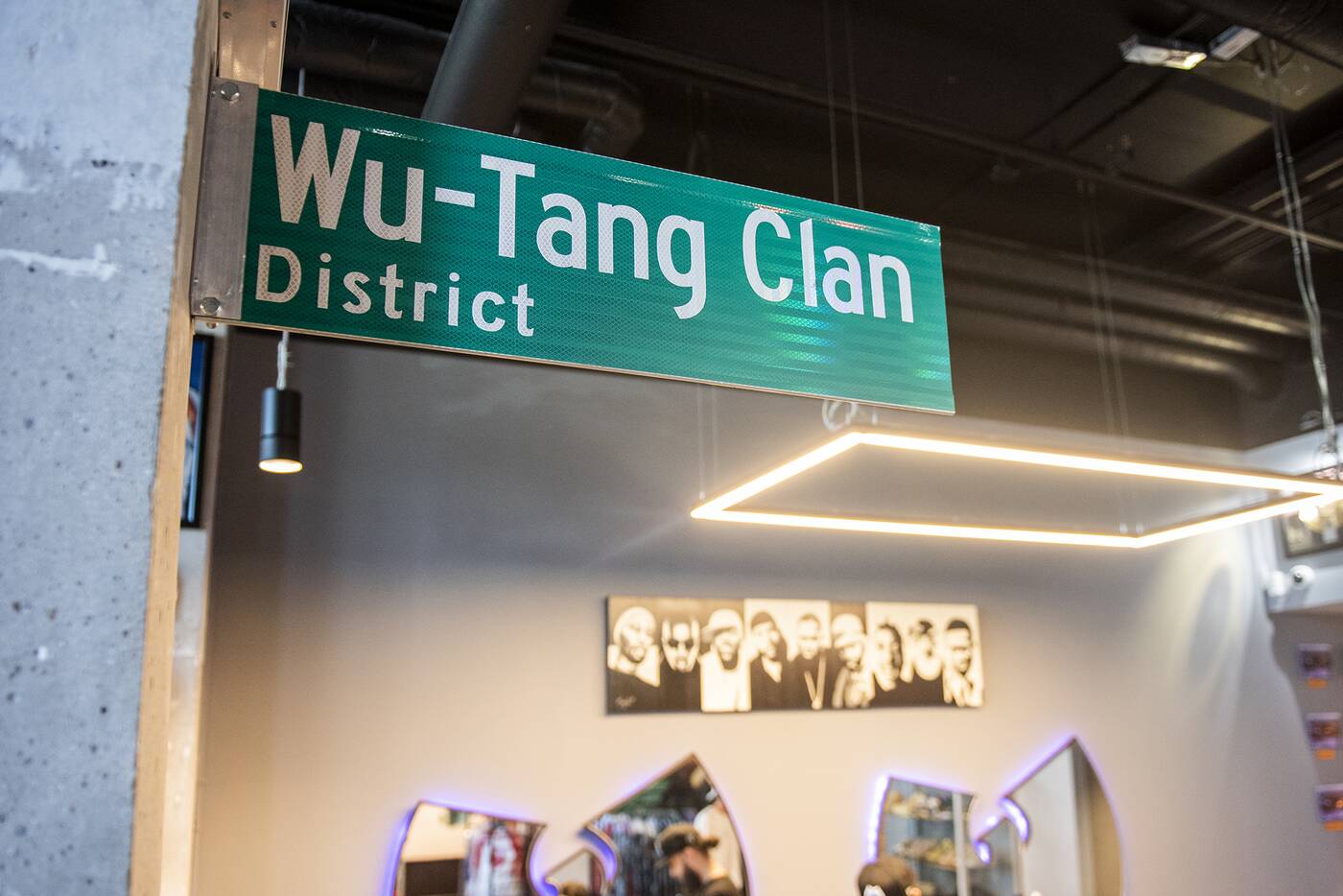 There's a couple of limited edition yellow and black Raekwon Affinity Cycles bikes, built for a Hurricane Sandy charity in 2012, and an entire wall of ticking Purple Tape cassette tape clocks, like the ones at the Stock Exchange, but for the Wu-Tang universe.

For whatever reason, Toronto has always been a pretty significant destination for Raekwon outside of New York and L.A. (at one point he was running his record label and management company ICE H20 records from a shop at Yonge and Gloucester Streets). 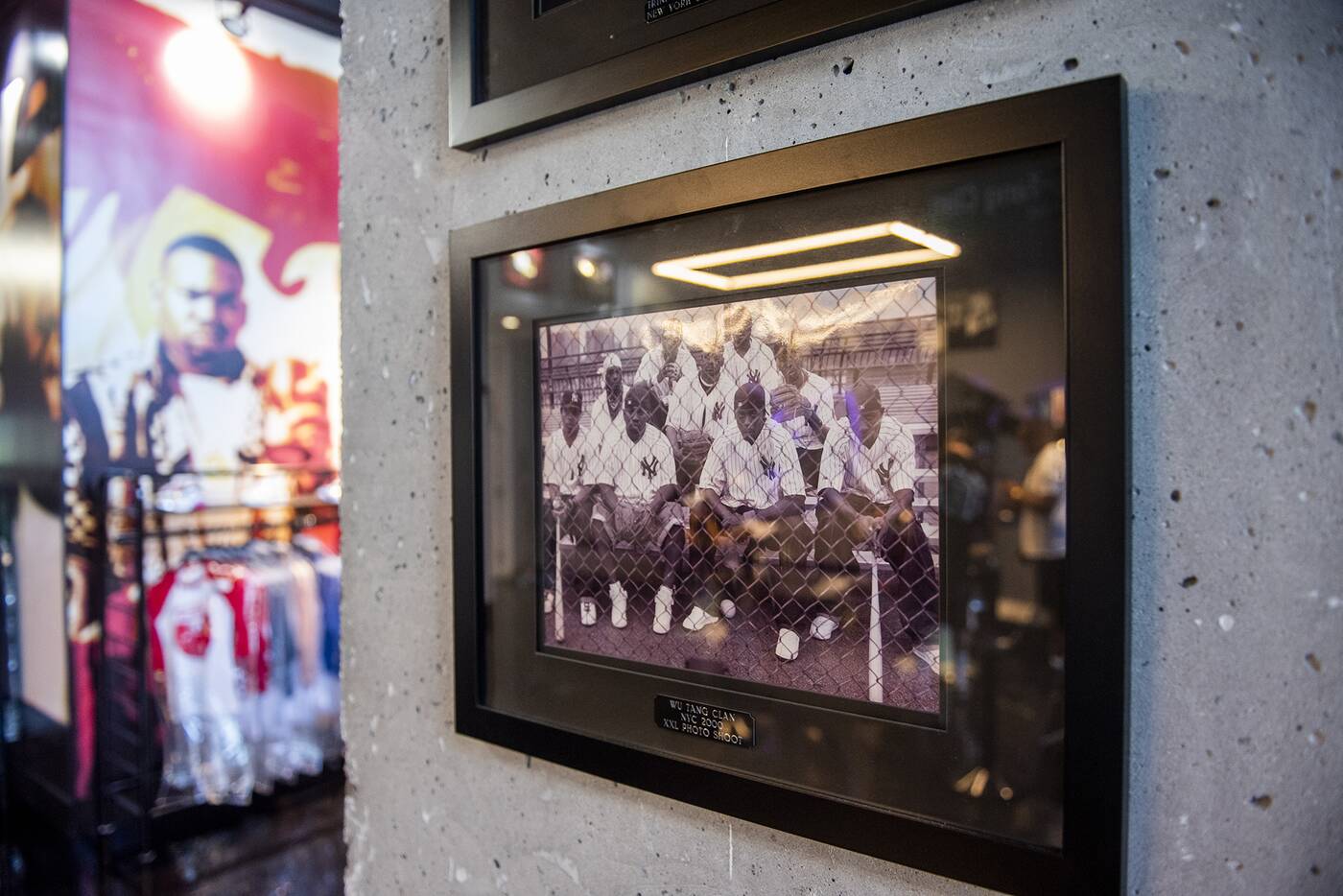 Though a nondescript shop on the ground-level of a condo might be a surprising locale for a project of this level, Regent Park makes sense.

"It's for us, and it's for the community," said Raekwon during 611's opening night.

"I never knew that I would come to a community that meant so much to the city, and Canada itself. Coming to [Regent Park] and knowing the history of [Regent Park], it reminds me of where I came from." 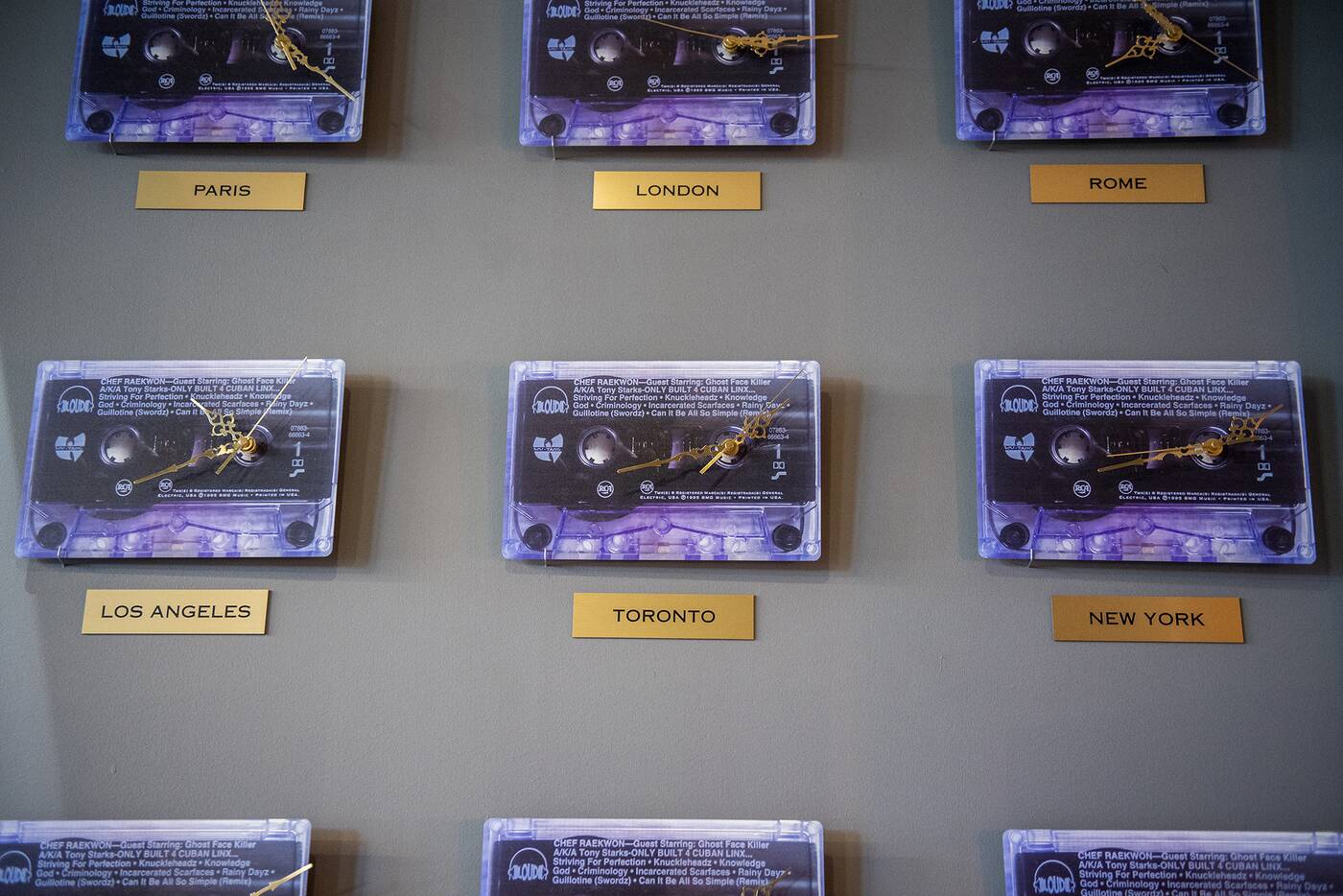 The store is co-owned by Raj Trini Maharaj, longtime Raekwon and executive producer of the documentary the Purple Tape Files.

Martin Ferreira helms the barbershop side, which consists of two chairs and a pair of epic W-shaped purple back-lit mirrors, shaped after the iconic logo designed by producer Mathematics in 1993. 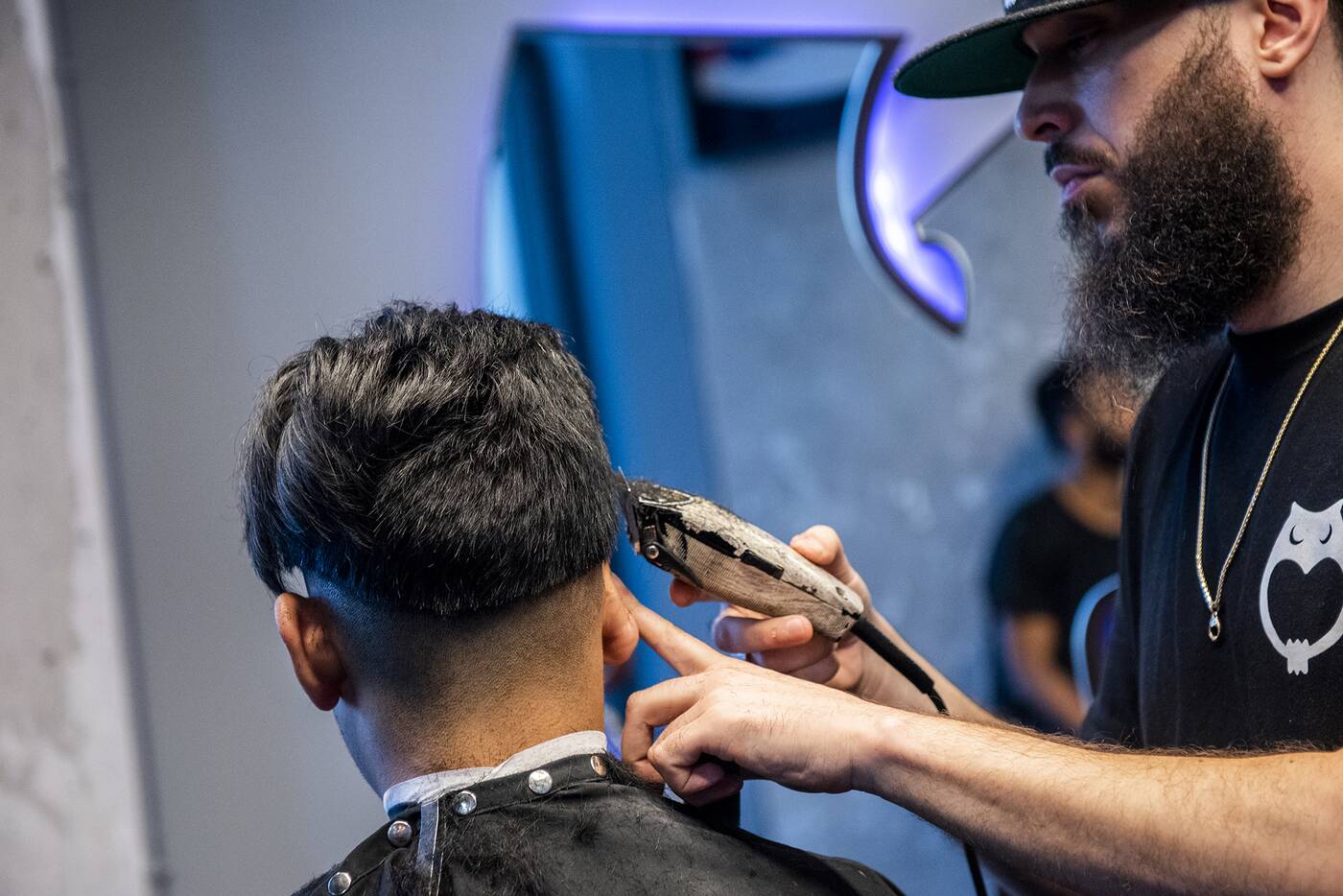 Right now, hair cuts are by appointment only, though there's a possibility you could snag a walk-in spot, depending on your luck.

Regular cuts are $40; $50 with a beard. A clean fade is always popular, though I suspect that Raekwon's definitive half-moon, the one which arguably influenced but was popularized by Nas's Caesar, followed by Drake's modern take, is slated to make an appropriate comeback now. 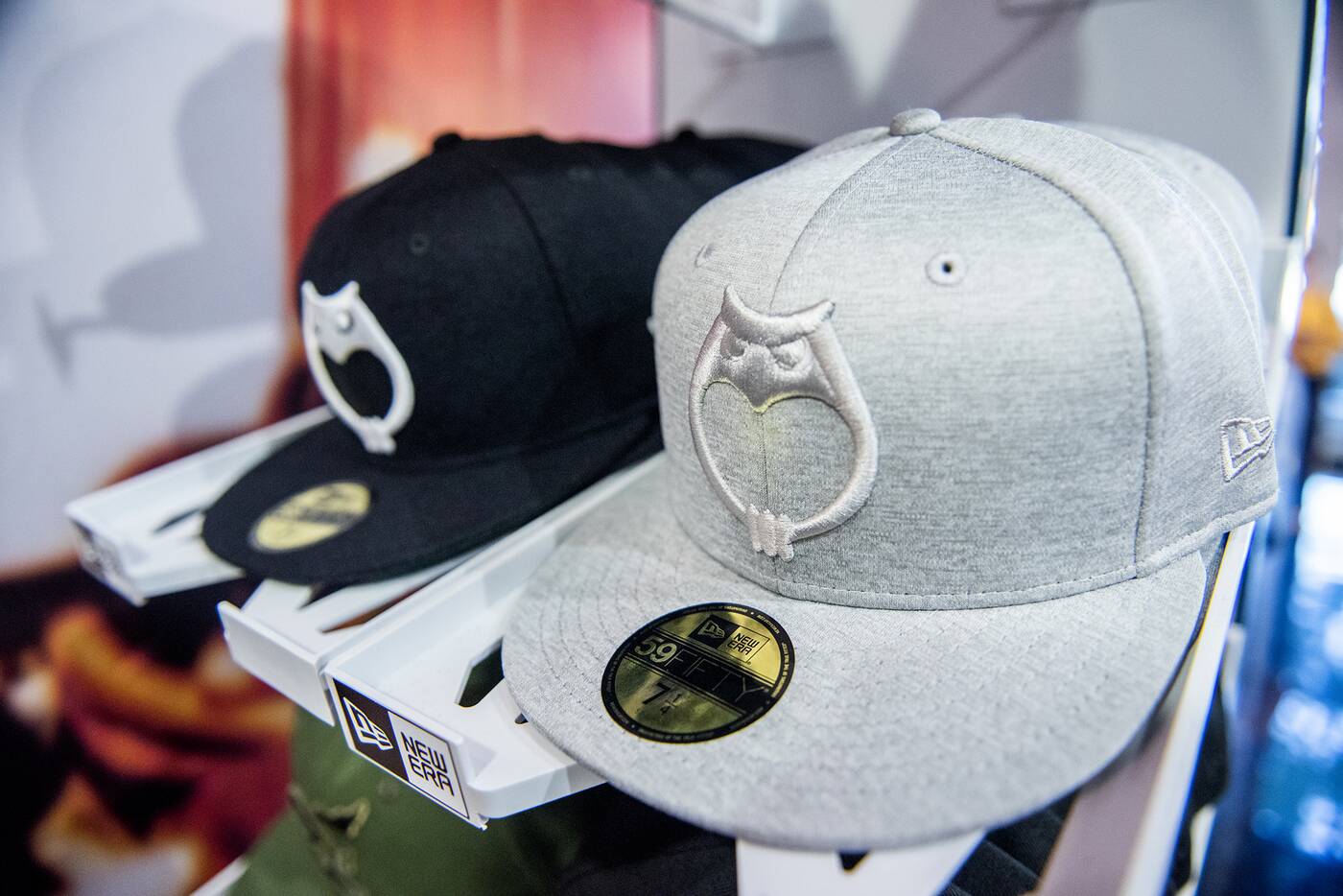 Speaking of Drake, the shop features some Take Care plaques, sent over by Aubrey for the occasion. 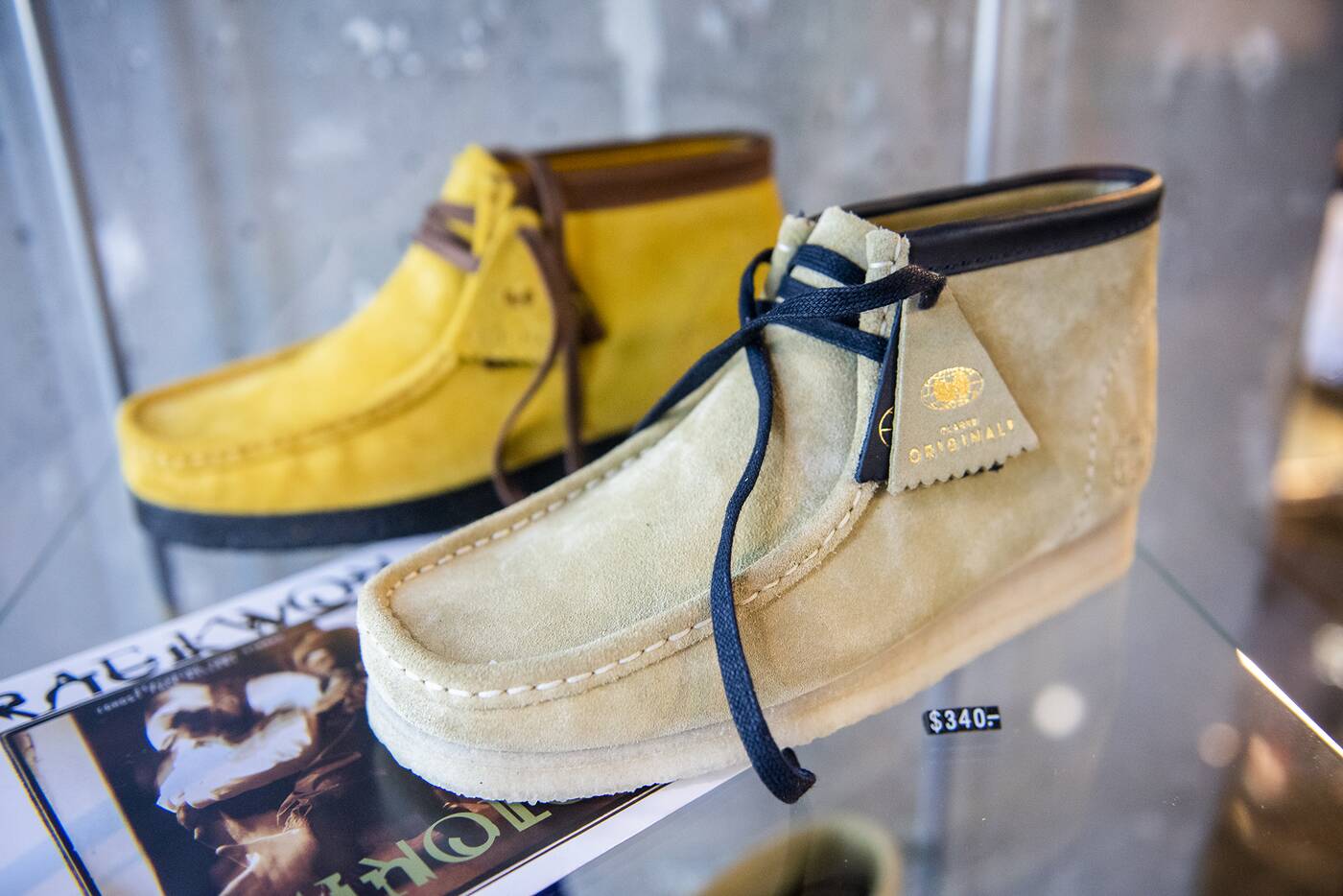 Partnerships with brands who happily jumped at the chance to make custom pieces for Remo range from Diamond Supply (hoodies for $85) to New Era ($75 for OB4CL hats), and even Clarks ($300-$340), with signed ones available. 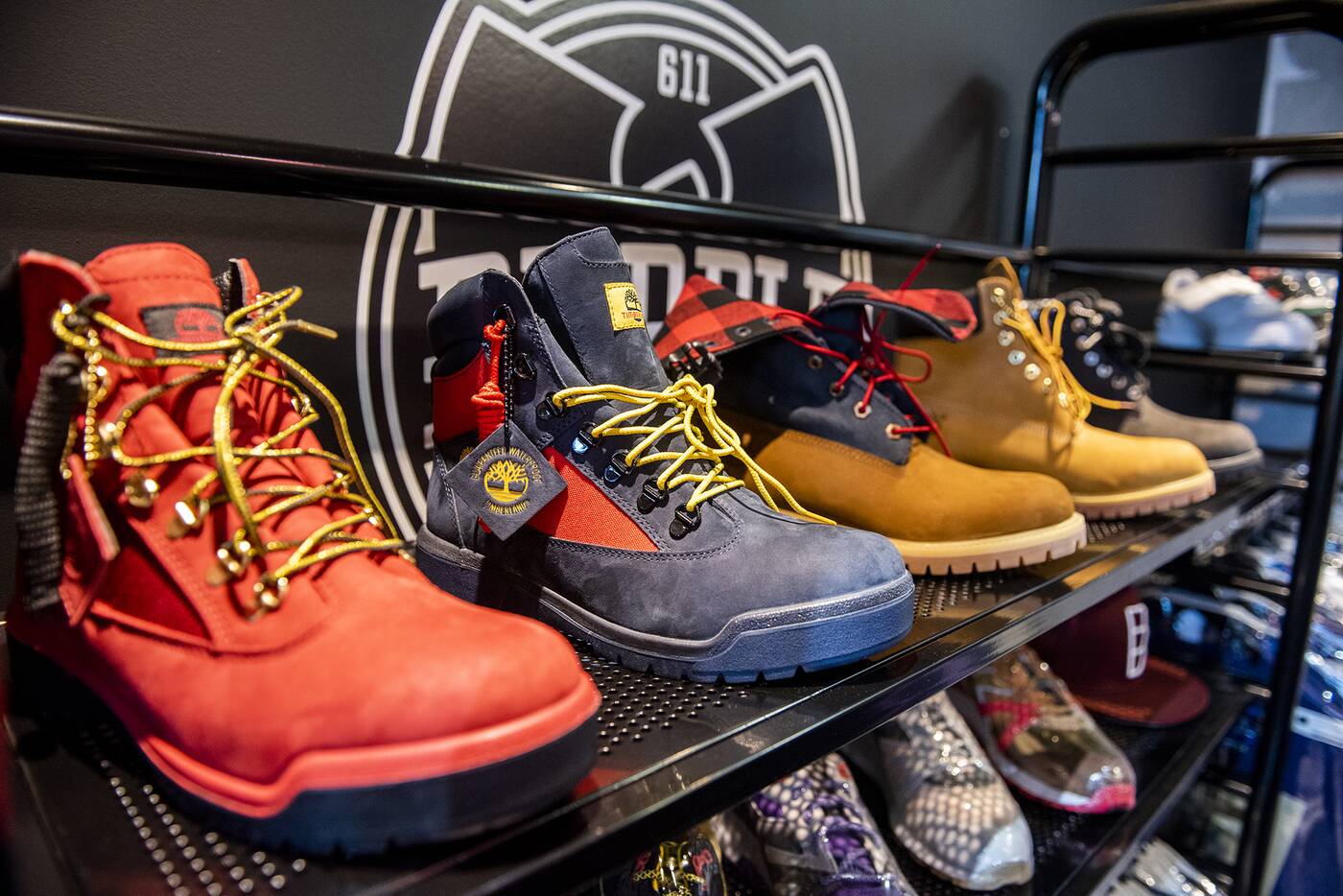 The Timberland collab is a suede beauty, and for $320 is likely part of every New Yorker's (and by proxy, most Torontonian's) ideal fall fit. 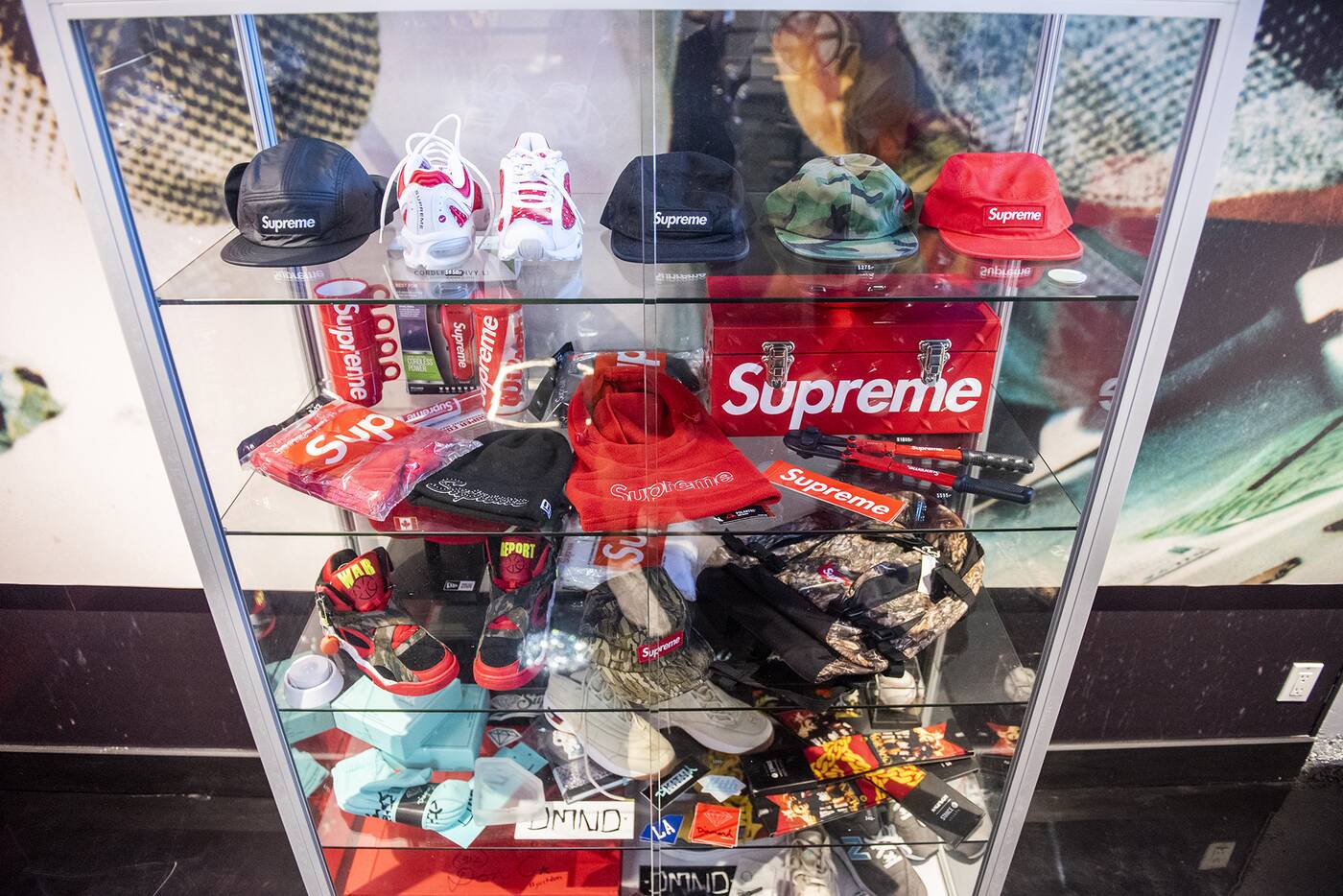 Supreme stock is all over the place, which makes sense given Raekwon's famous 2005 t-shirt with Elmo and the gun was the brand's first-ever photo tee, followed by the RZA t-shirt later that year. 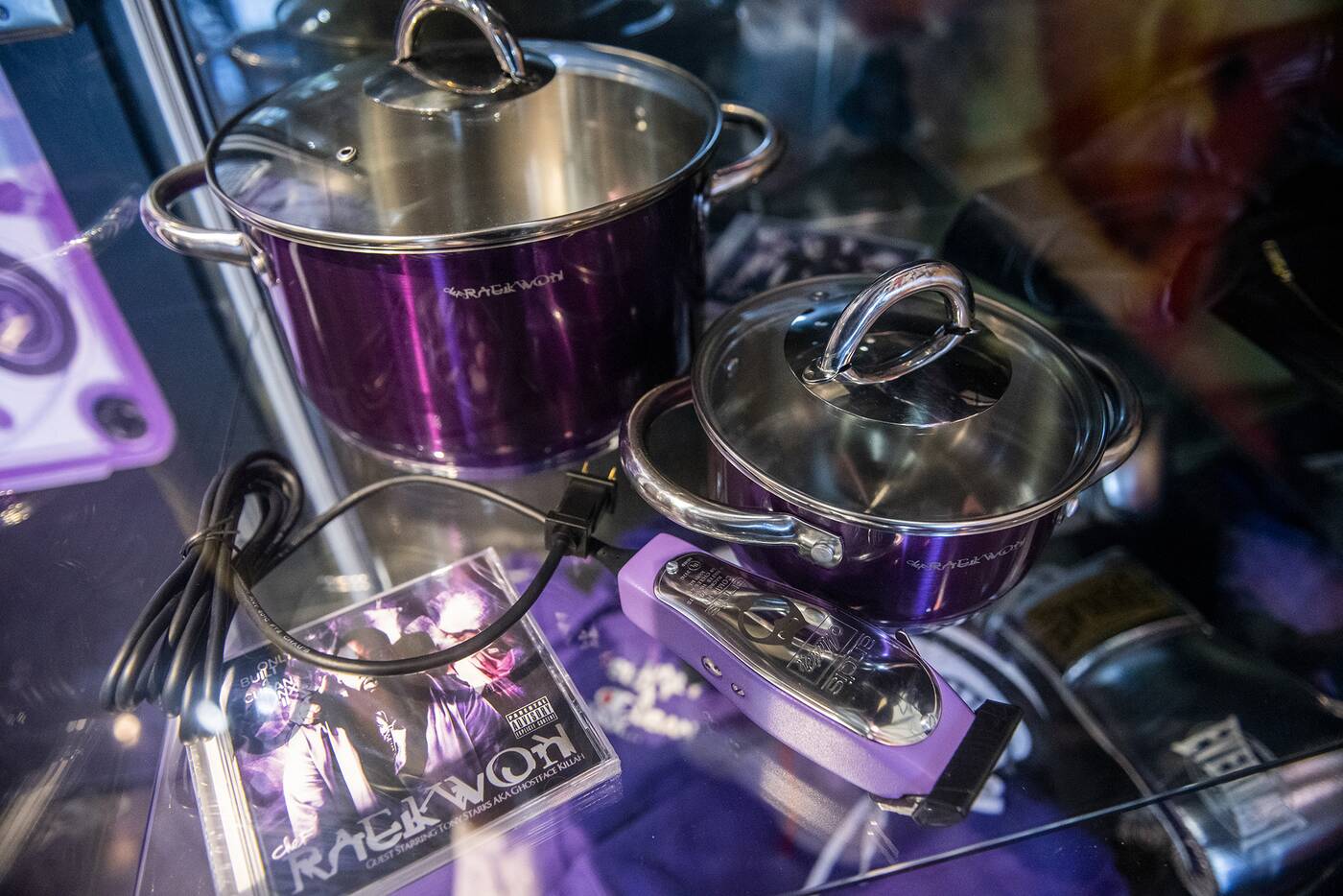 There's a rack of camel-covered Wu-Tang polos ($124.95) made by New York street brand Inshallah. Champion tees and hoodies with unreleased photos of Raekwon and Ghostface cost between $55.95 and $79.95. 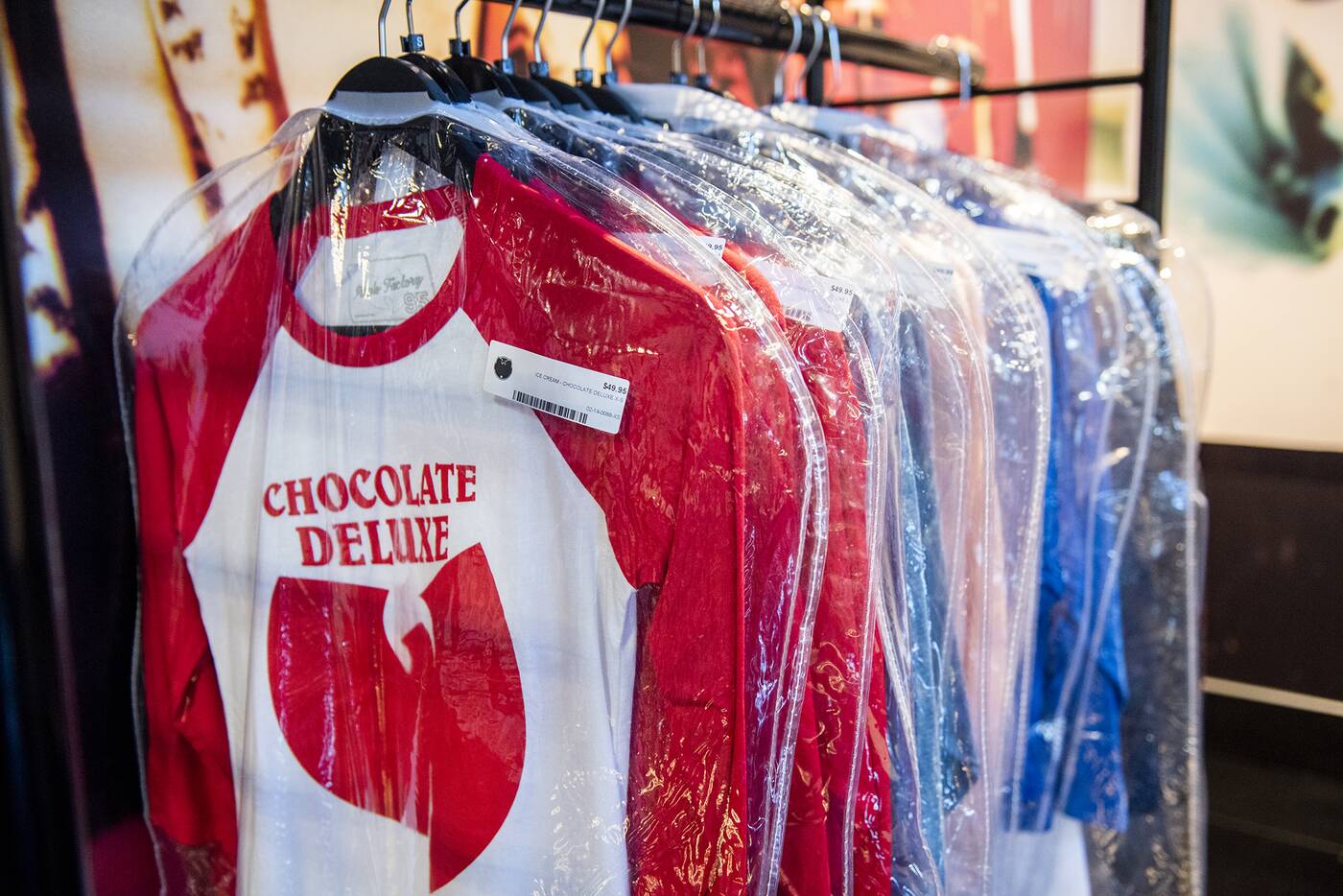 The Champion stock is probably my favourite, aside from the Purple Factory Ice Cream shirts ($49.95), for the ladies who can finally fulfill their music video vixen dreams with Chocolate Deluxe, Butter Pecan, or French Vanilla three-quarter sleeves. 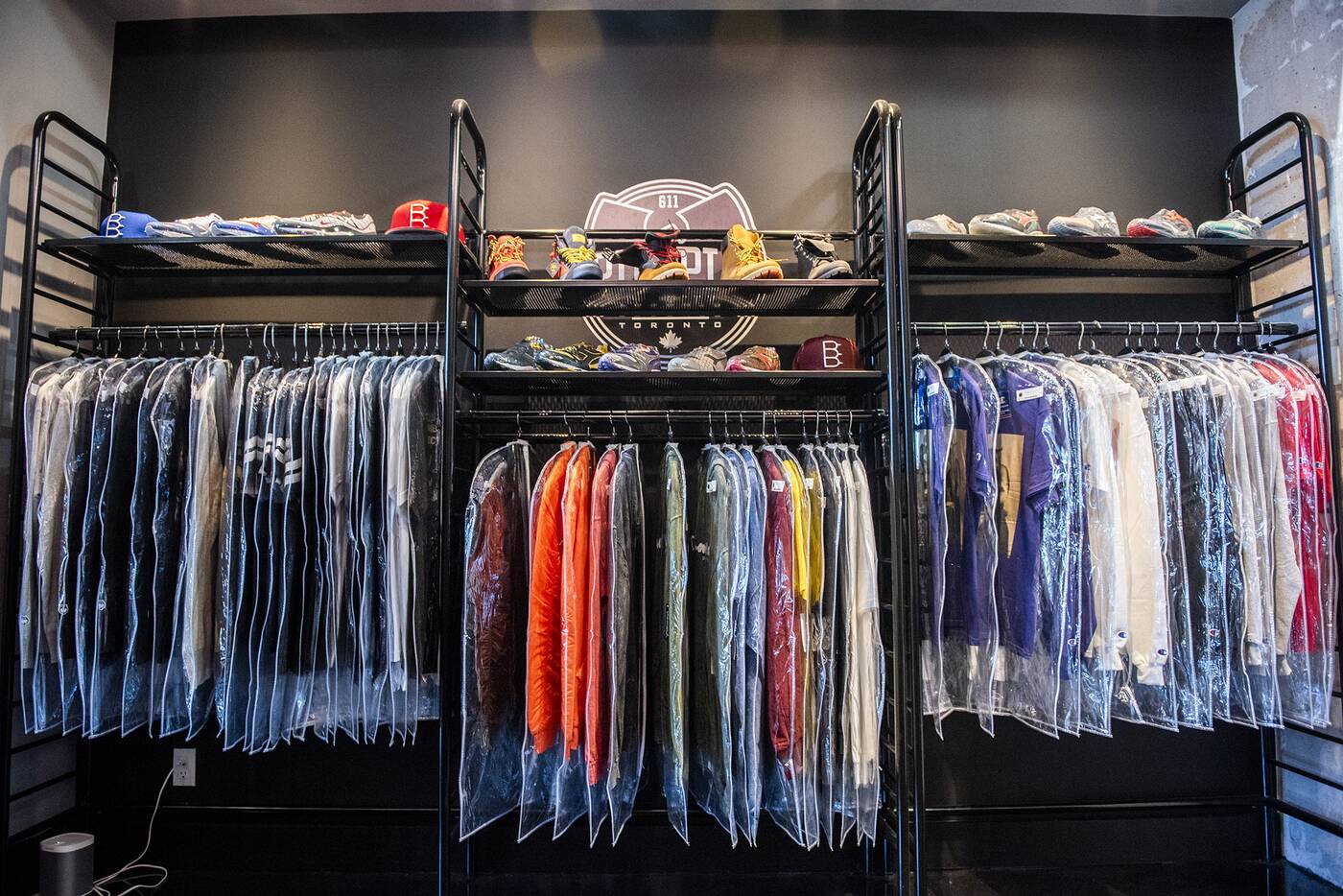 Then there are the Purple Factory originals, which include tees made in Nicaragua with Slums of Shaolin graphics and other original designs.

For the old heads, a case in the back holds some priceless original OB4CL casettes, plus the 2015 20th anniversary Diadora Purple Tape N.9000s. 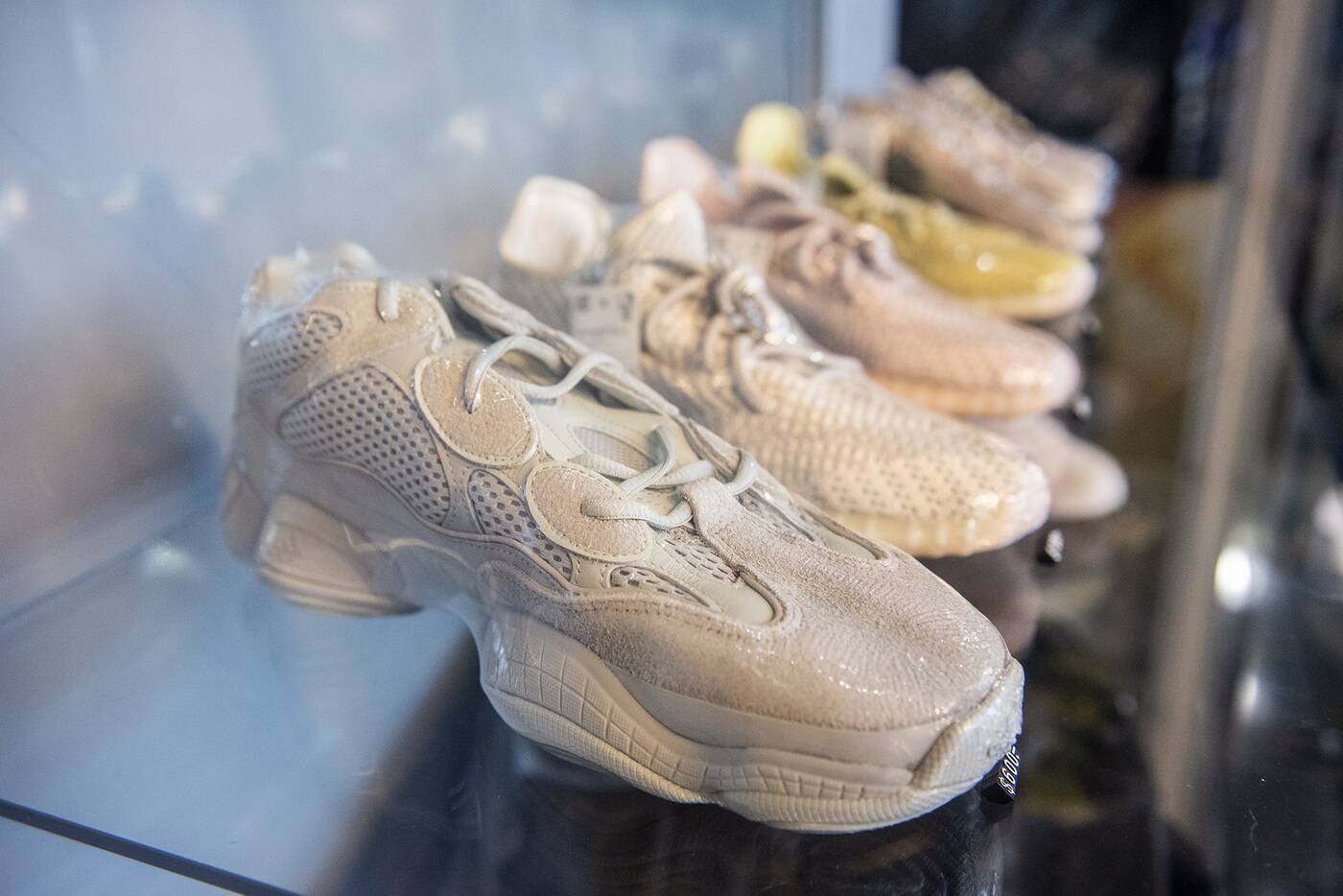 Unlike most other luxury streetwear stores, the Yeezys take a backseat here, though the sneakers are available here, thanks to a special shipment from Kanye. 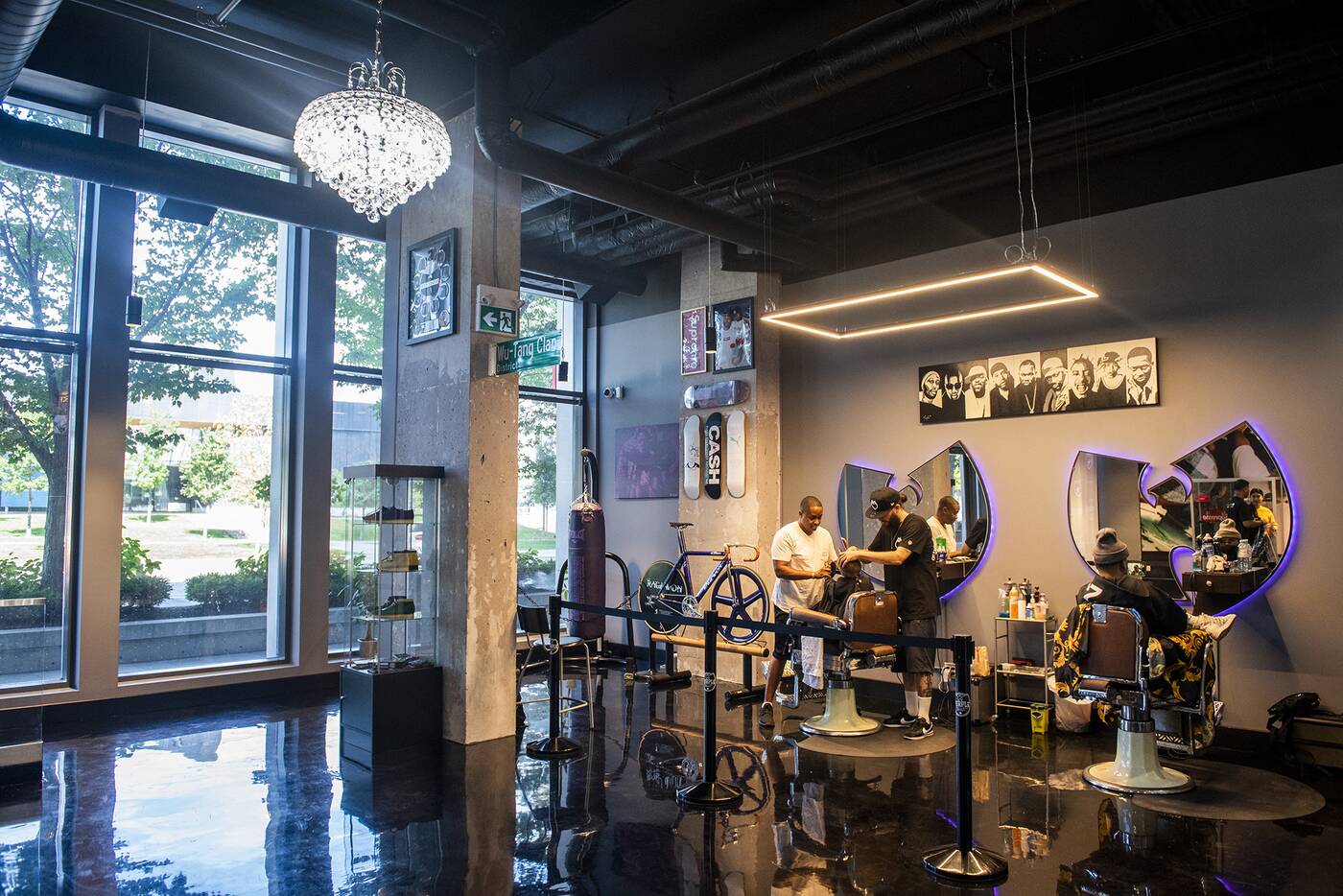 611 Purple Factory is simultaneously for the people and for influencers of the industry (while I'm there, Sean Paul sends a text to Trini saying he'll be there later in the afternoon), and while Toronto doesn't currently have a real hip hop museum, this is easily the closest thing to it. 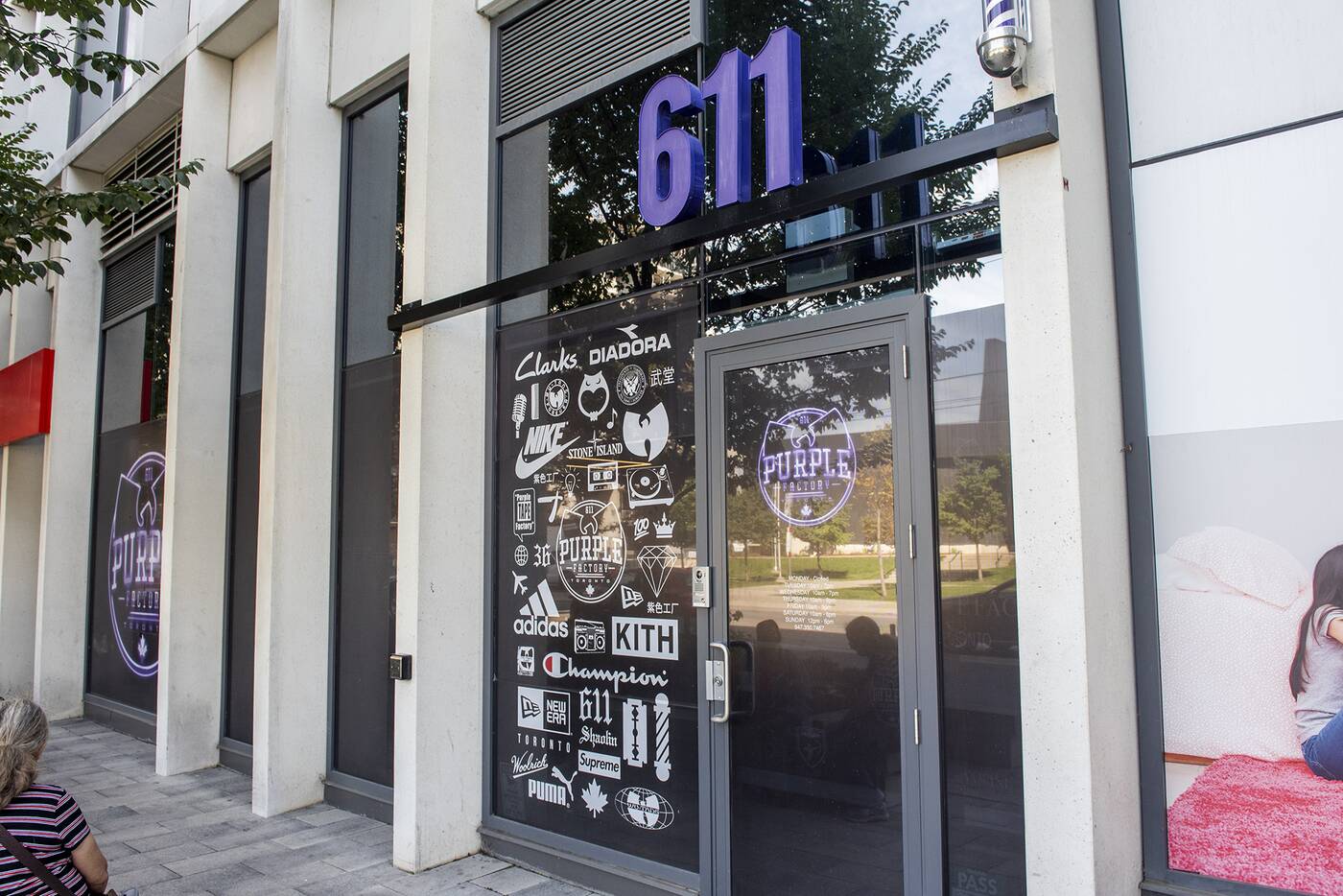