A Toronto neighbourhood is getting treated to free drinks by their local brewery and tap room: all you have to do is take on their secret scavenger hunt challenge.

Junction Craft Brewing just launched a special scavenger hunt, where you can look for wooden nickels that are good for a free beverage.

Clues are being posted in their Instagram stories, so anyone can take a peek and get to hunting.

The brewery is located, logically, near the Junction area in the Stockyards District, not far from breweries like Shacklands, Rainhard and People's Pint, so if you find yourself in posession of a nickel you might even want to plan a little crawl.

"We want to highlight the history of the community that is dear to our hearts through historic tours, trivia, and scavenger hunts," JCB marketing manager Sarah Rolland tells blogTO.

"This hunt is our way of inviting people to explore The Junction, with the possibility of free beer." 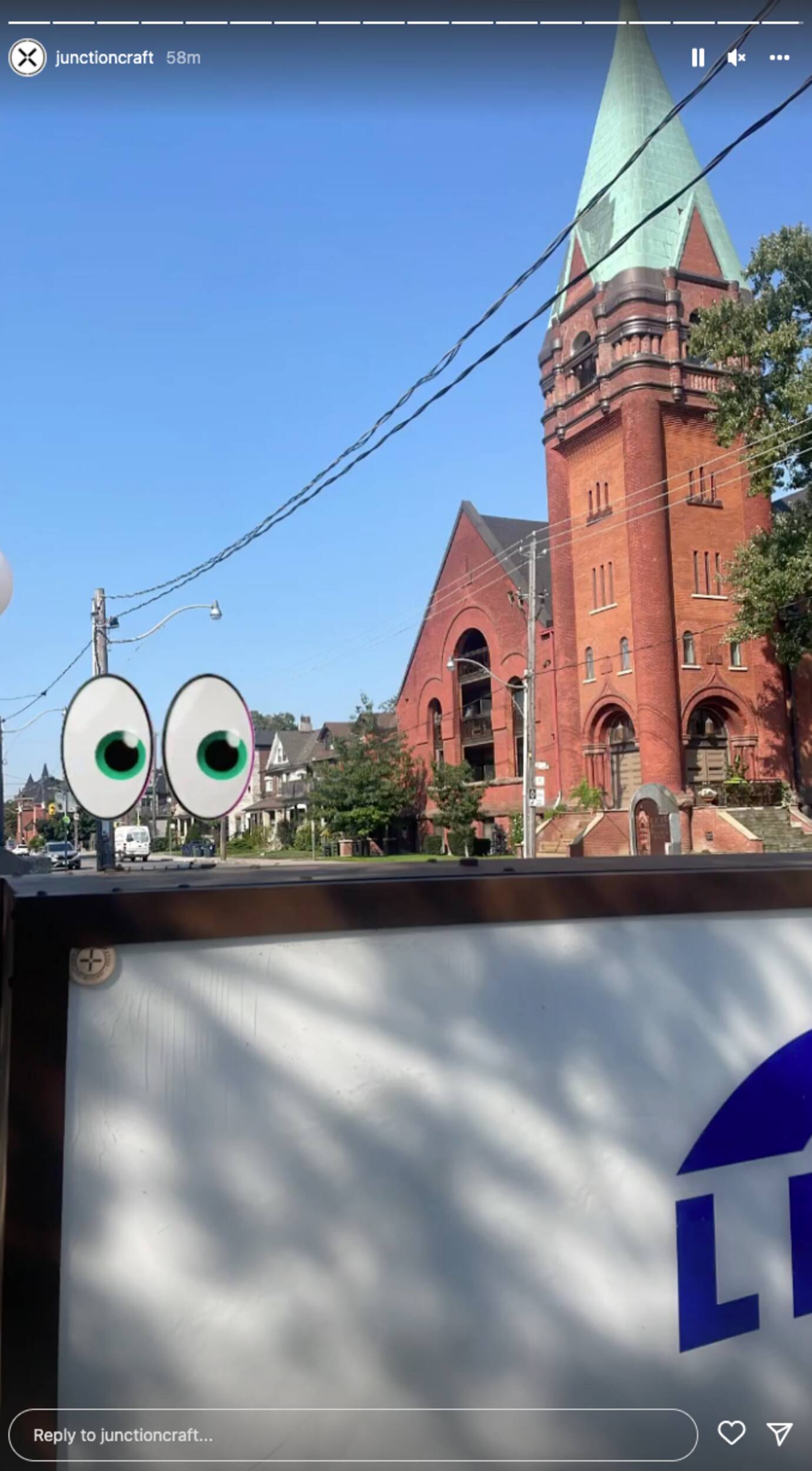 The wooden nickels will be hidden all over the Junction neighbourhood: the first clue posted to social media shows a Toronto Public Library sign by a distinctive-looking building locals might recognize...

Don't worry if you can't get hunting right away, though: the scavenger hunt challenge will be going on all month long, with about 20 nickels to find in total sporadically throughout the month. If you can't make it to the Junction, there should also be a digital scavenger hunt later in the month.

This is all going down as part of the celebrations of Junction's 10th anniversary (or as they say on their site, "technically 10th + 1 year
anniversary but who's counting"... it's perhaps obvious why they maybe couldn't fully celebrate previously).

Their month of celebration in honour of the anniversary should also include giveaways, promotions, brewery events, product launches, feature brews and food-pop ups.

There will be free brewery tours every Saturday at 1 p.m. all September long, first come first serve. Events include a paint night, trivia and a polymer clay workshop. The food pop-ups will be featuring Jamaican, Nigerian and Cameroonian cuisine, spearheaded by Foodpreneur Lab.

As for product launches, they're promising a new non-beer addition and special draft options only available on tap at the brewery.

They're even doubling donations of sales from their Caribru Lager and IPA from five per cent to 10 per cent throughout the month of September, and you can vote on a charity they should donate to at the end of the month.