People’s Pint is a brewing collective that opens up its taps to home brewers, meaning they’re pouring some of the most local, craftiest beer you’ll ever taste. 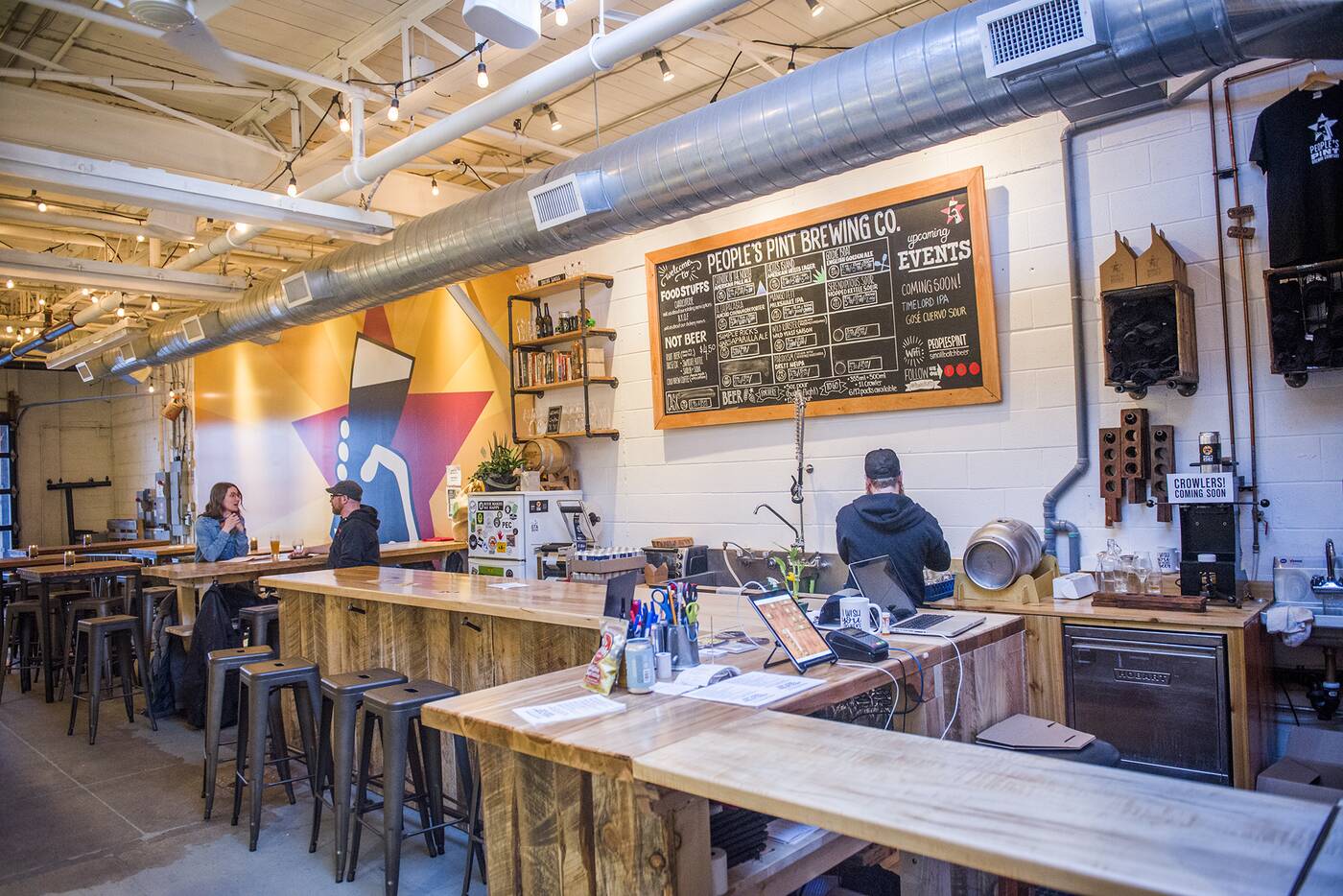 The space is, somewhat obviously, quite industrial like most breweries, but here you really get up close and personal with tanks directly facing the bar. 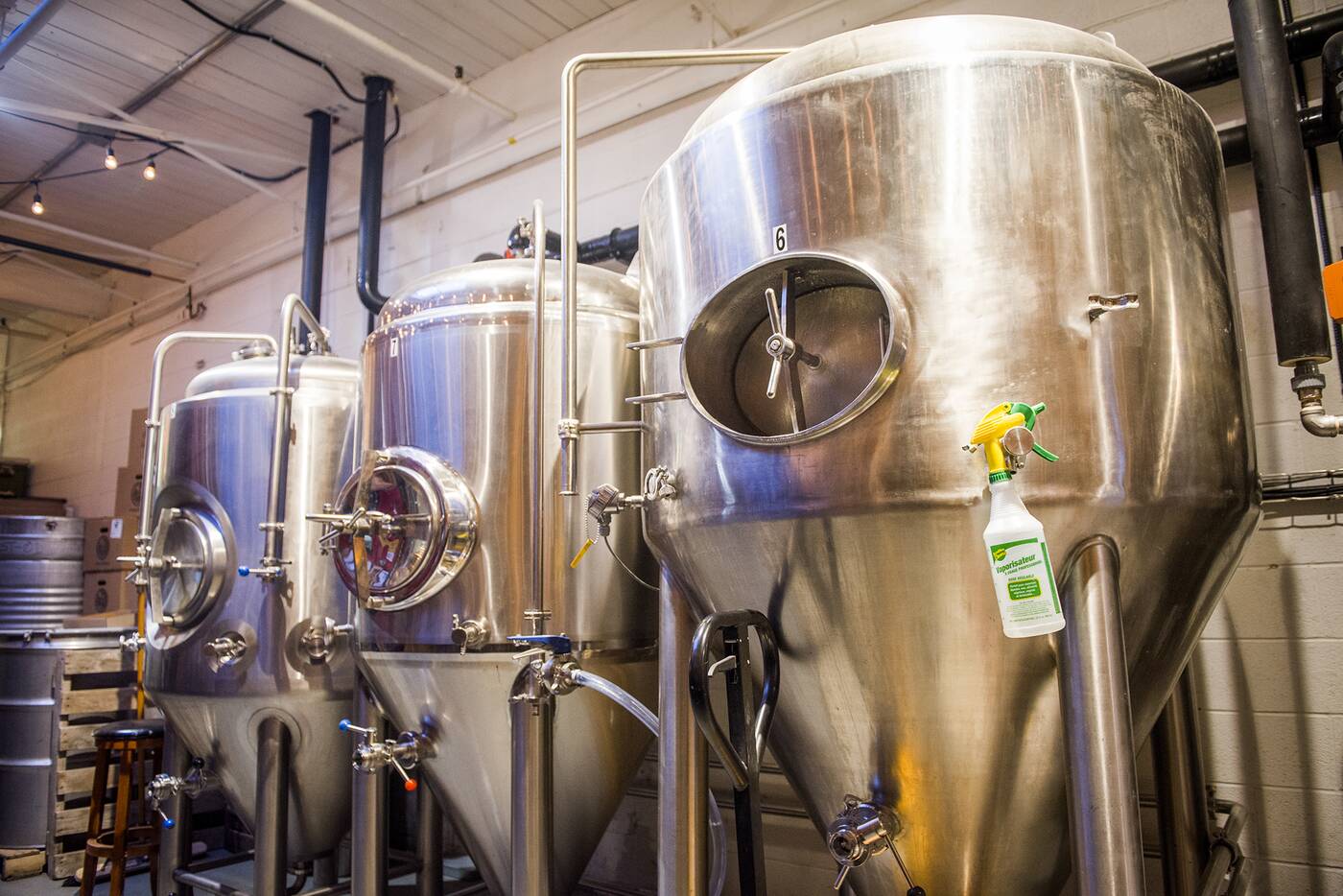 They actually bought their system (which includes a jerry-rig of repurposed soup kettles) from Junction Brewing, but it’s capable of brewing four hectalitres (400 litres) at a time. 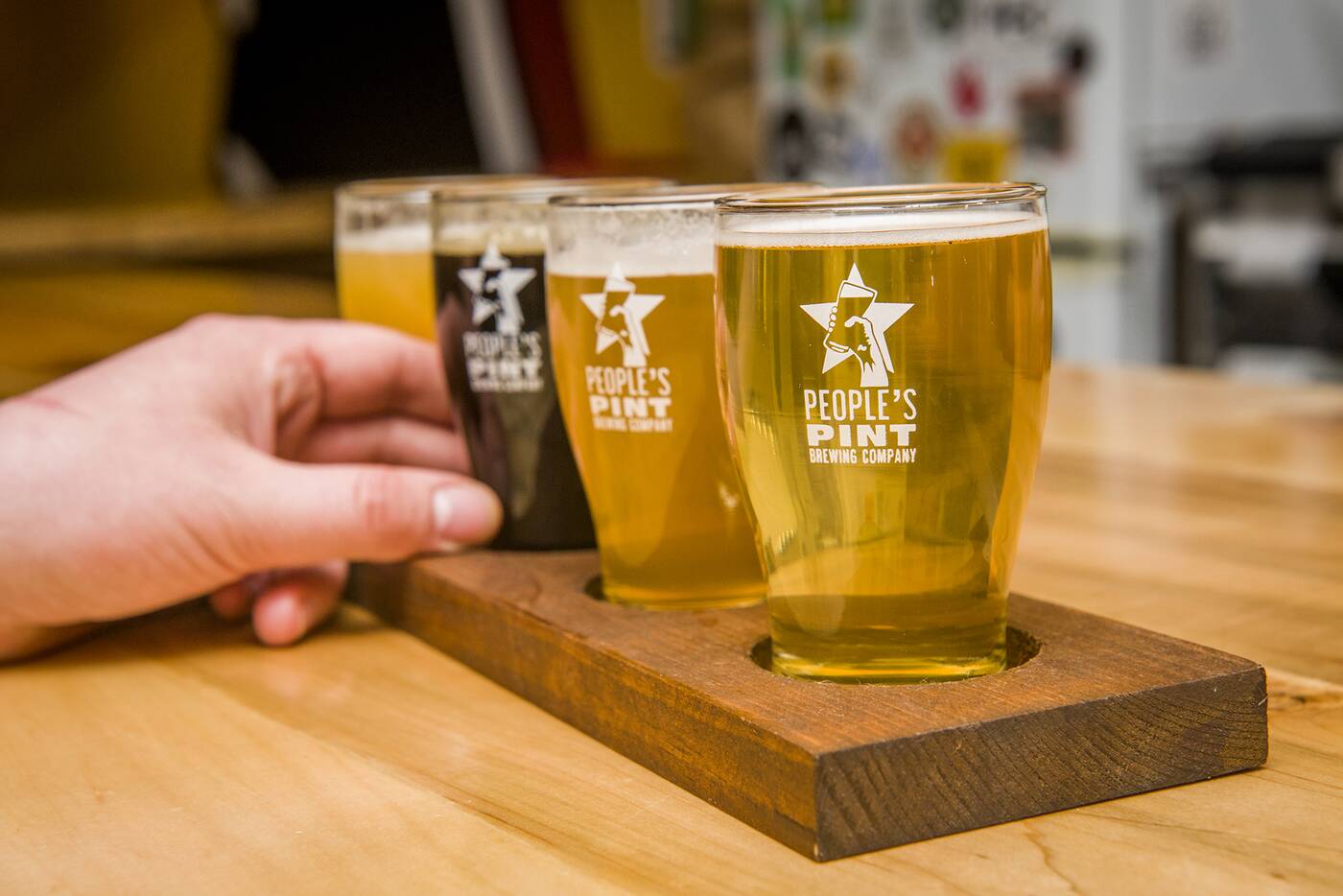 Build a flight of four five-ounce pours while in the taproom. Simply check off options on a detailed paper menu, hand it to the bartender and take away your beers. 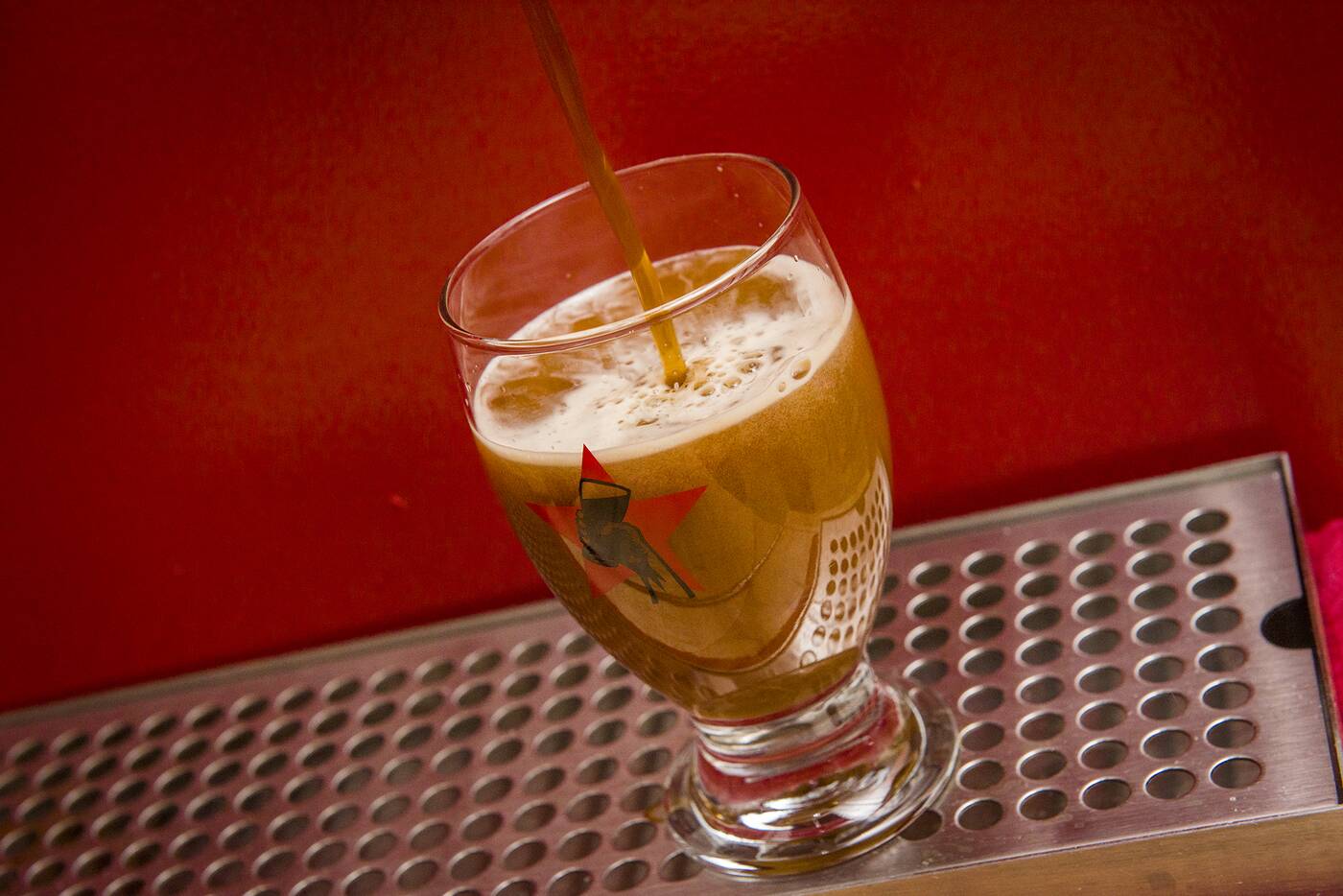 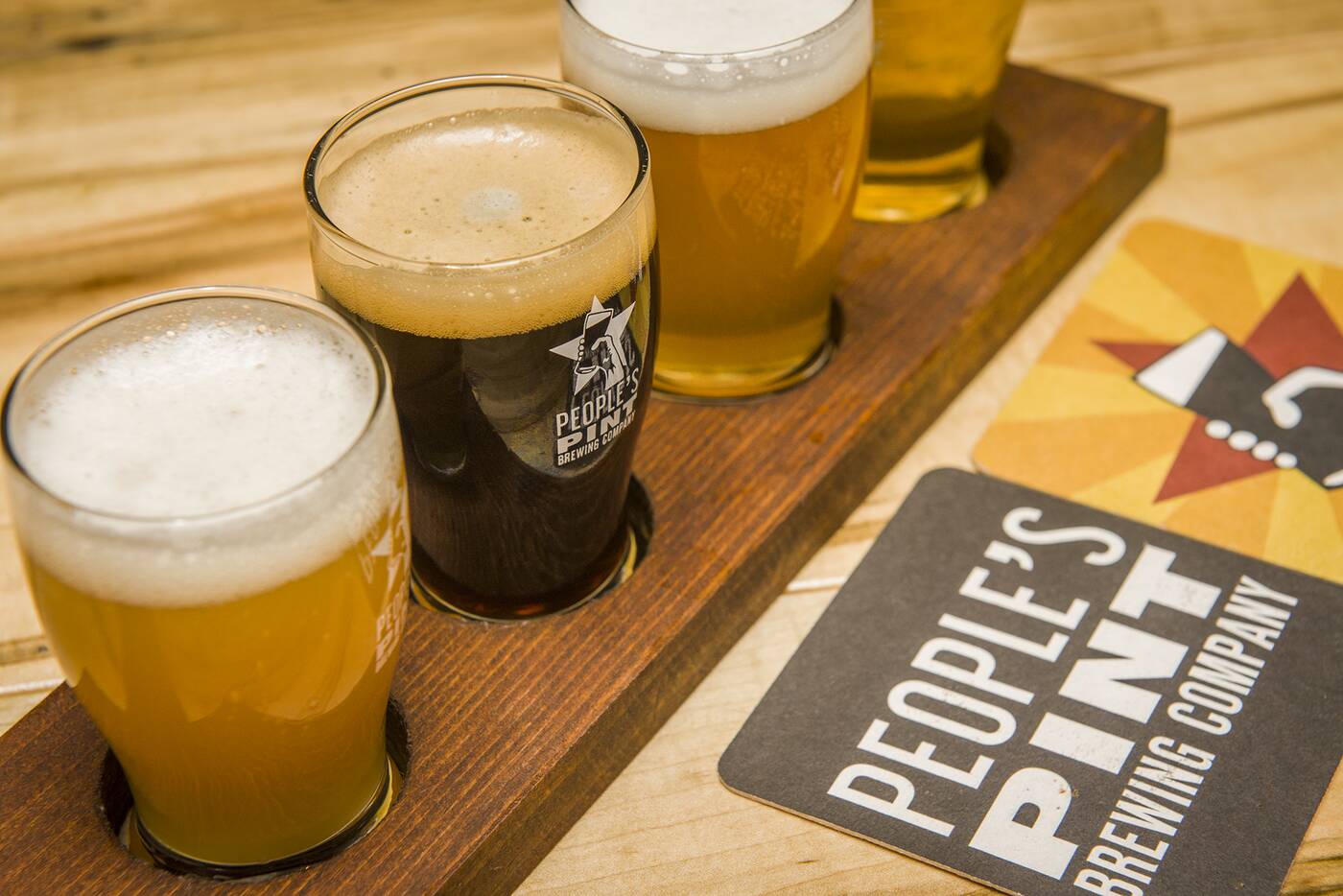 The traditional-tasting Helles and the Chinook are always reliably on tap. 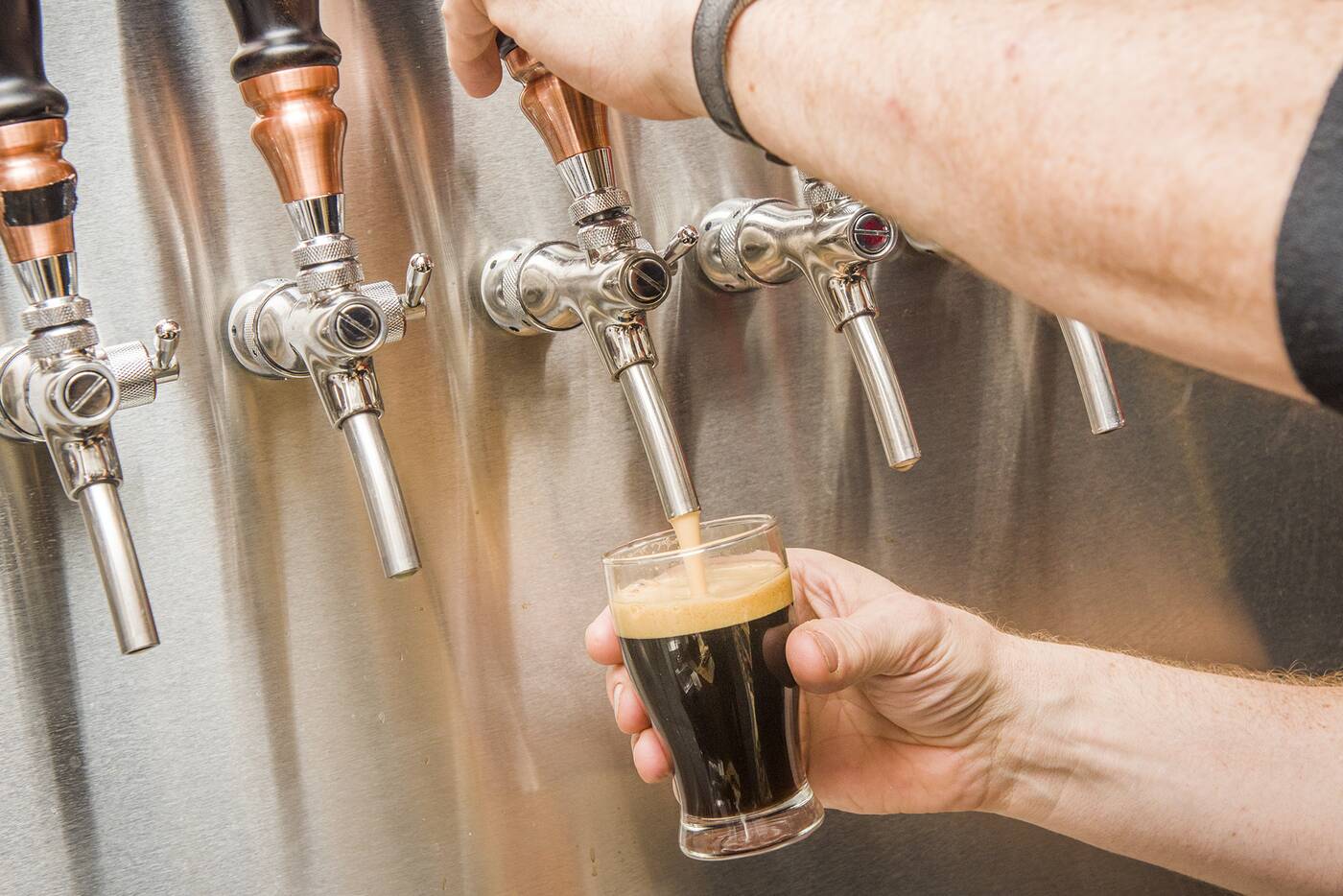 The El Chupacabra is fresh, brewed as the name suggests with ancho chilis and cinnamon for a chocolatey, toasty beer with a hit of warmth. 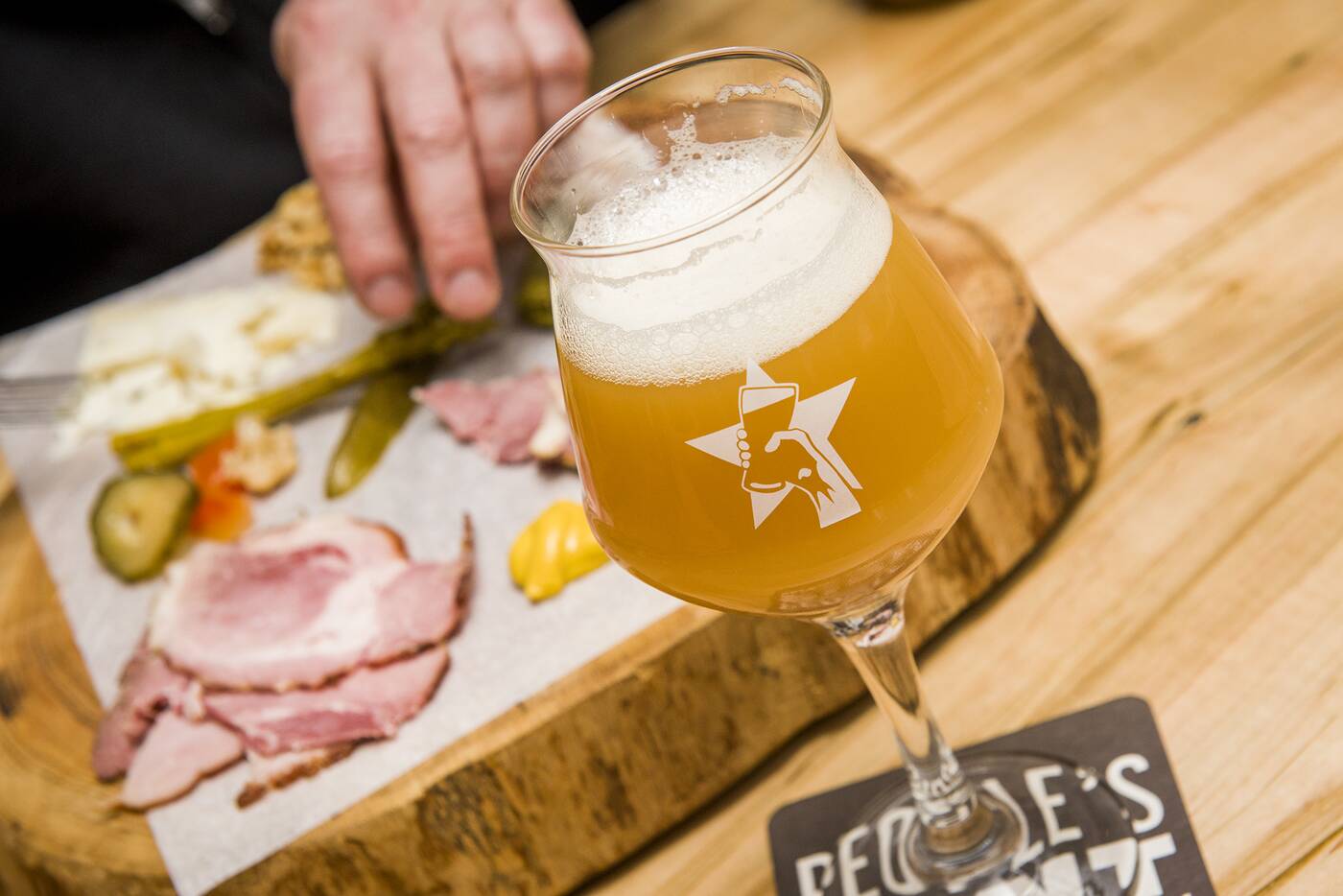 The Serendipitous Sour ($7 for 12 ounces) is so named because it was supposed to be their infamous Gose Cuervo. They added hops to this kettle sour when the tartness wasn’t quite what they wanted to create a very mildly sour and even fruity beer. 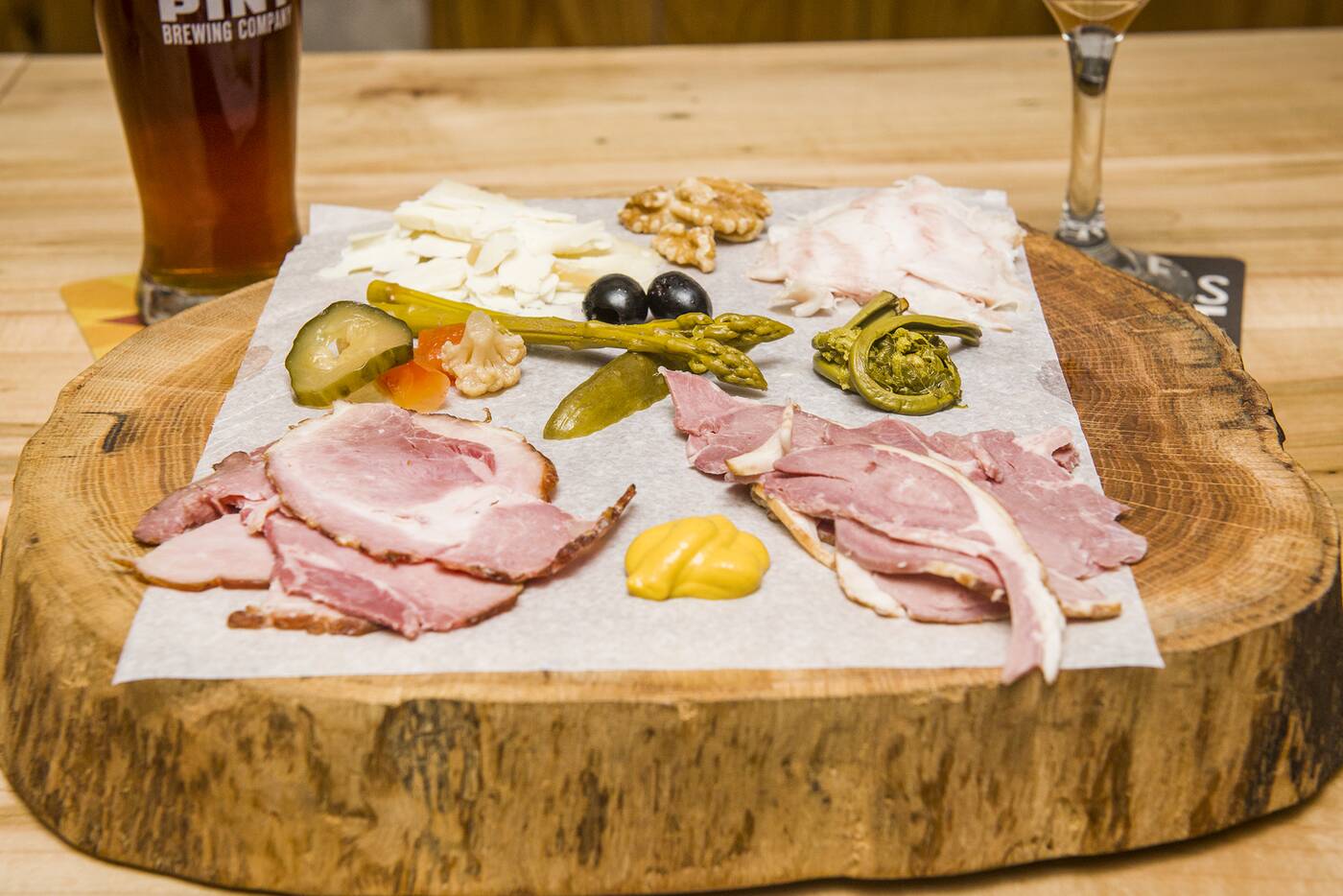 Hallelujah, food is BYOF and they even let you deliver and go so far as to recommend area restaurants and suggest beers that best go with their food.

If you’re just feeling peckish for a bar snack they provide meat and cheese boards ($12). Ours has sliced pork ham, pork cheeks, smoked lamb from Gourmeats and Lindsay goat cheddar, all appropriately salty and fatty to accompany beer. 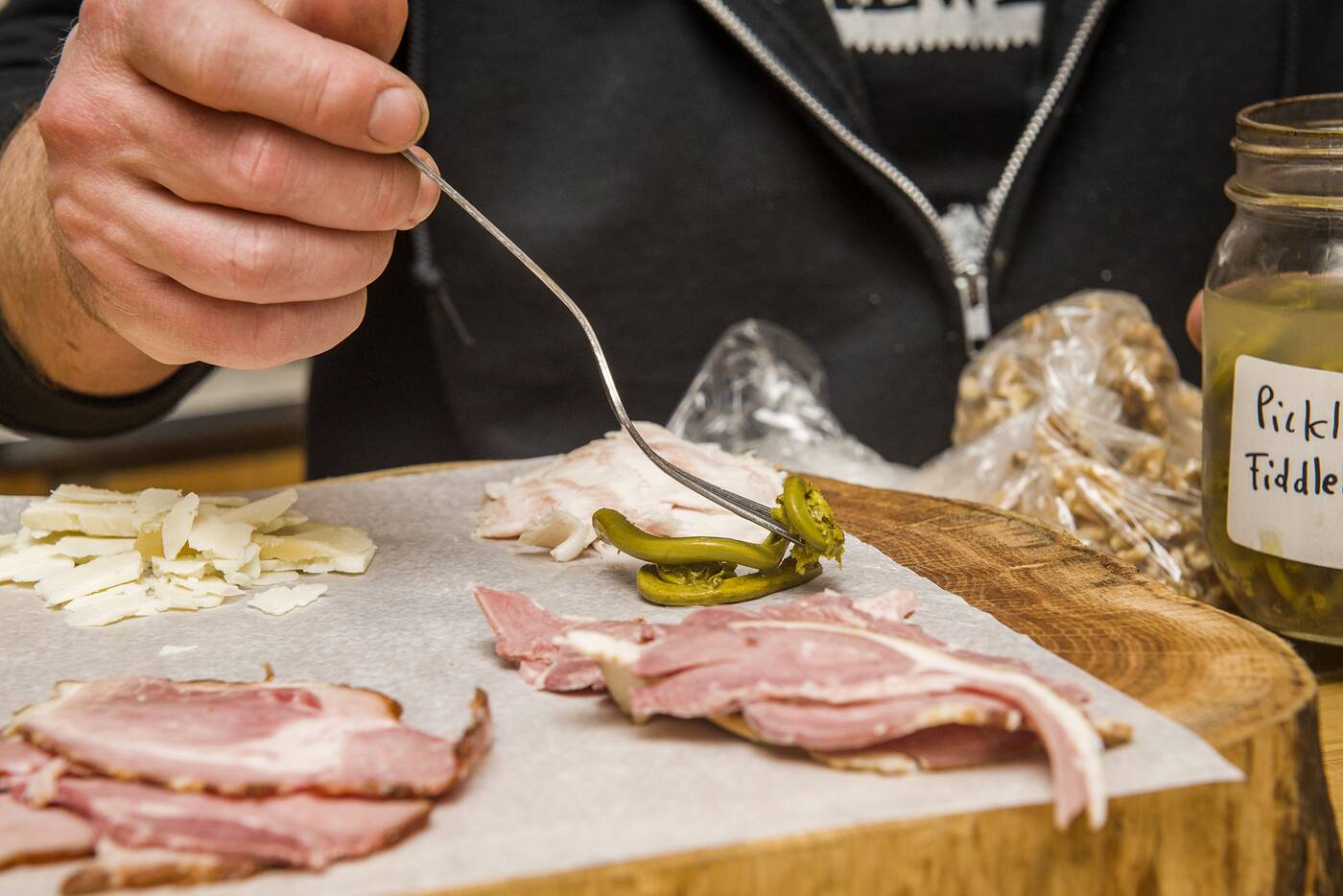 This is all tied together with some mustard, olives, pickles and deliciously sour and grassy fiddleheads pickled by a Mennonite woman. 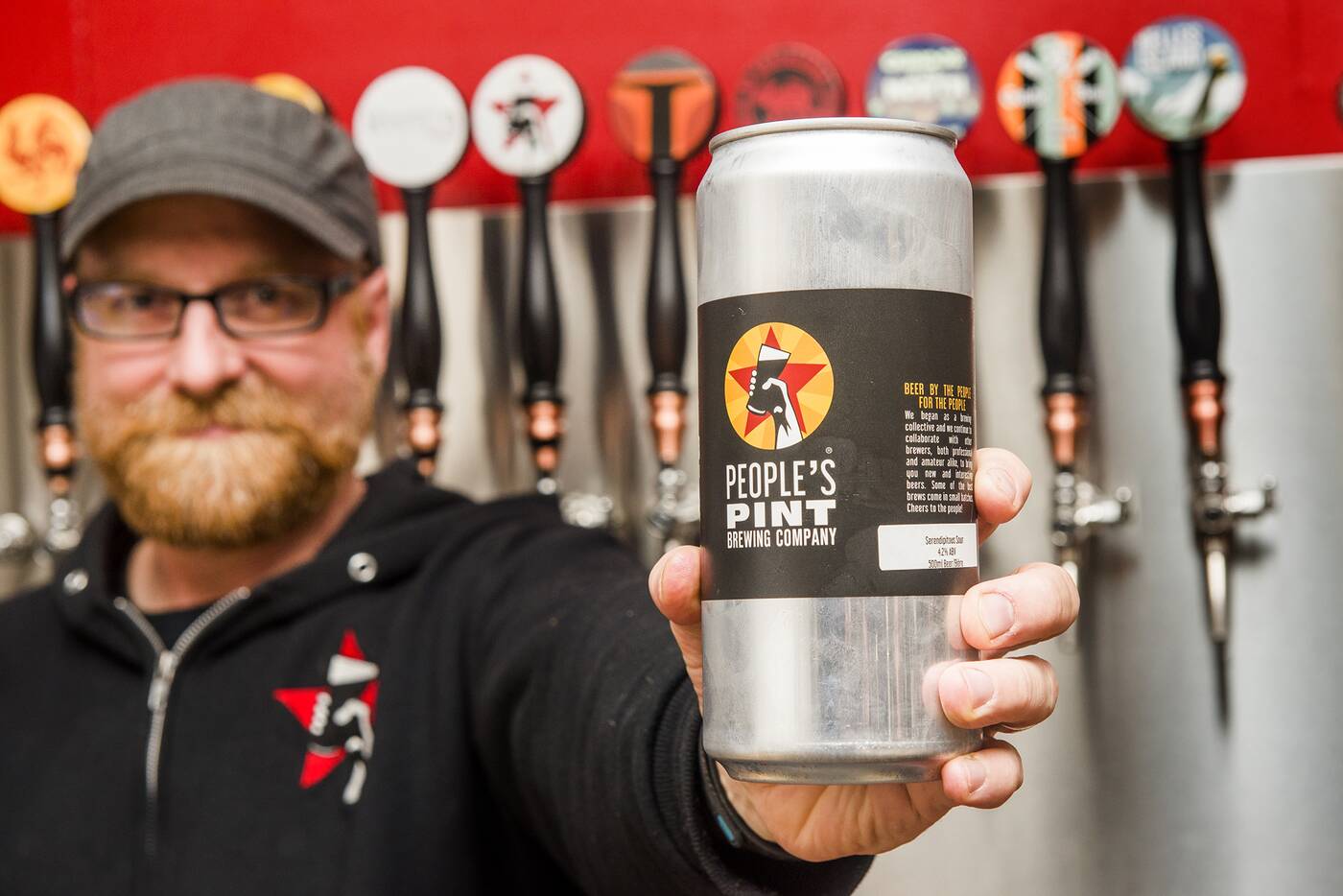 Anything on tap can be sealed into a one-litre crowler to go, starting around $11. 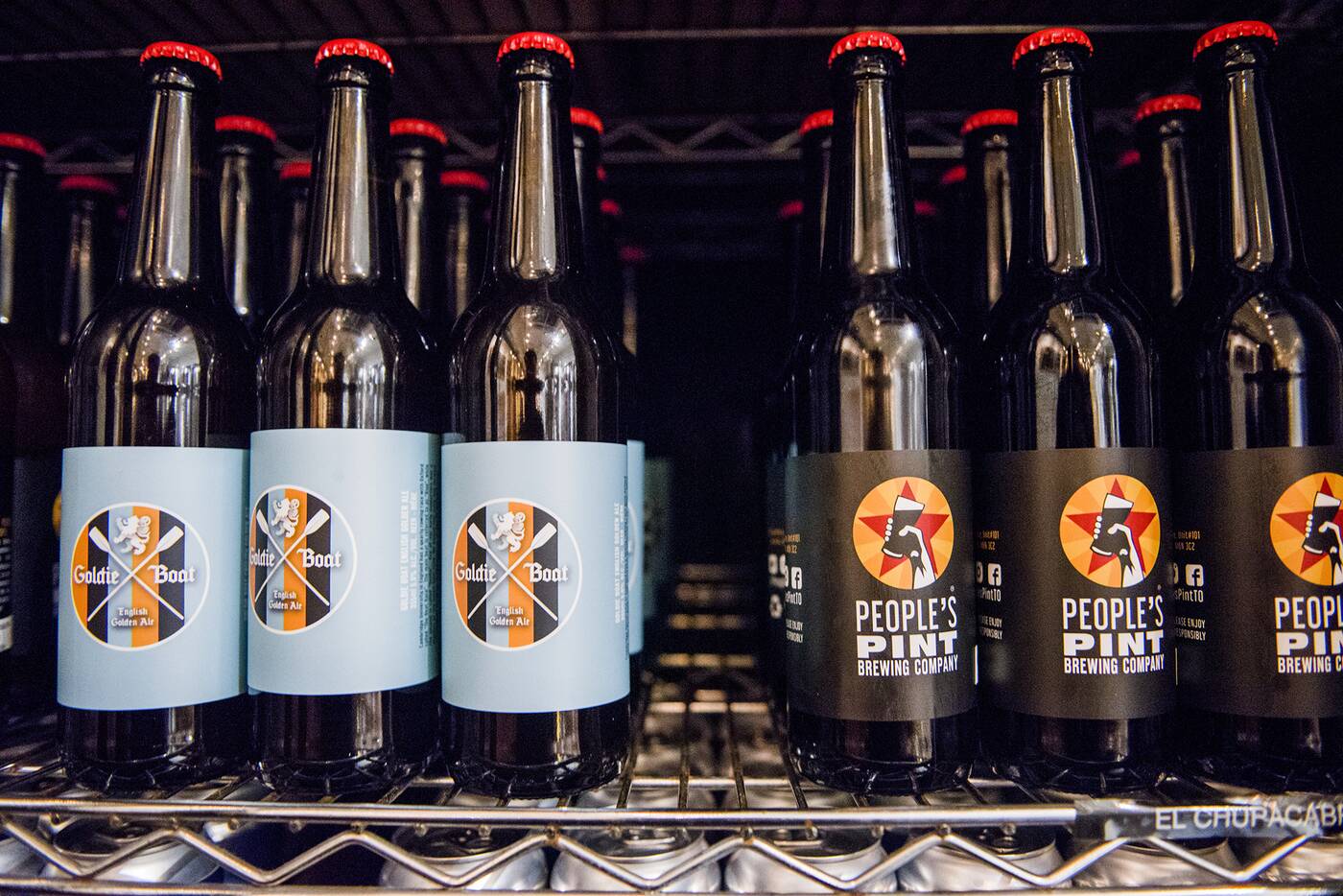 500ml bottles of their other mainstay offering, summery English Golden Ale Goldie Boat ($5.75) as well as one-offs like the lactose-sugar-infused Mango Fett ($7) are also available to go. 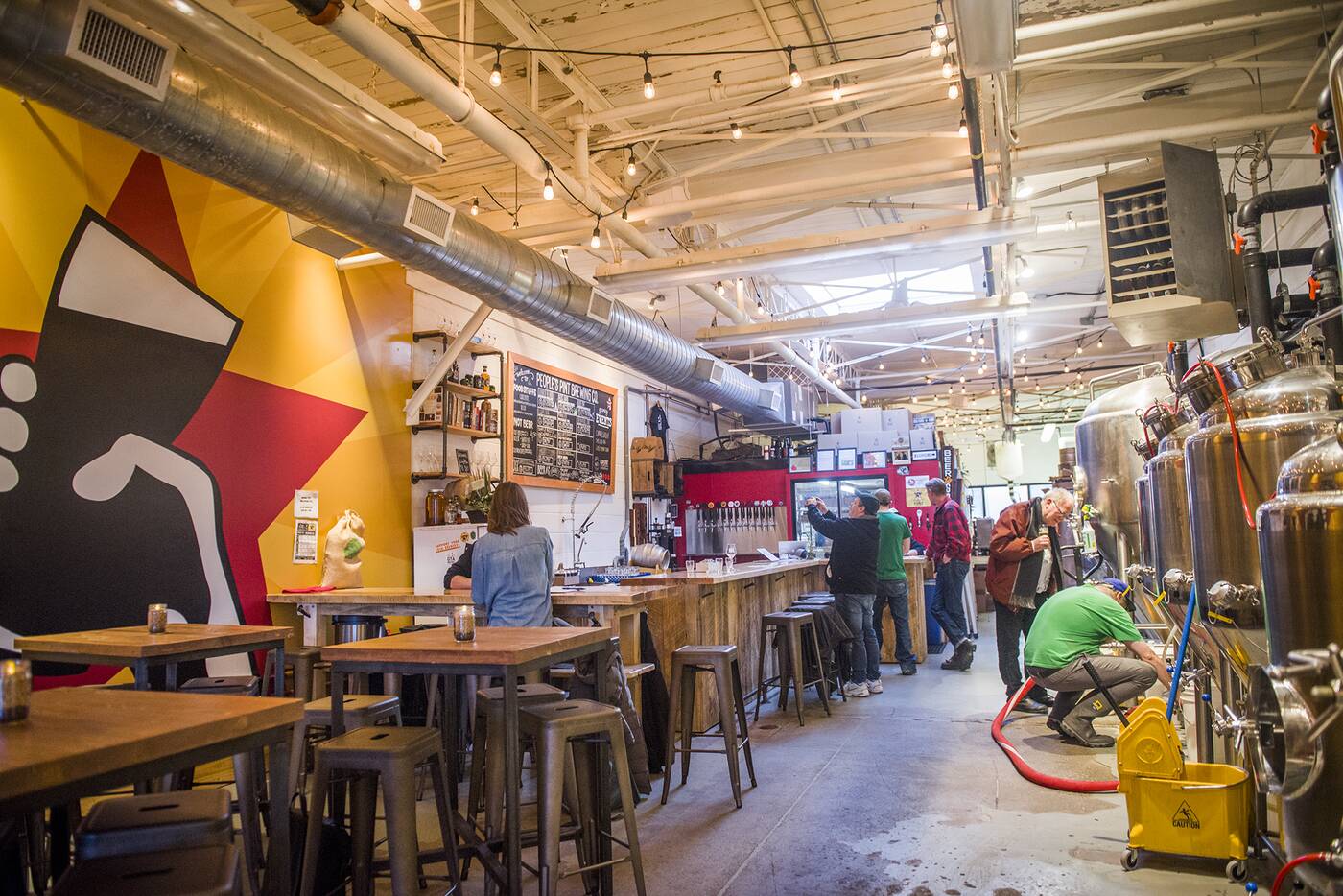 They also do short cans of Helles Island for just three bucks, and if you’re here to stay but don’t want a beer there’s also nitro cold brew, shrub soda and root beer ($4.50). 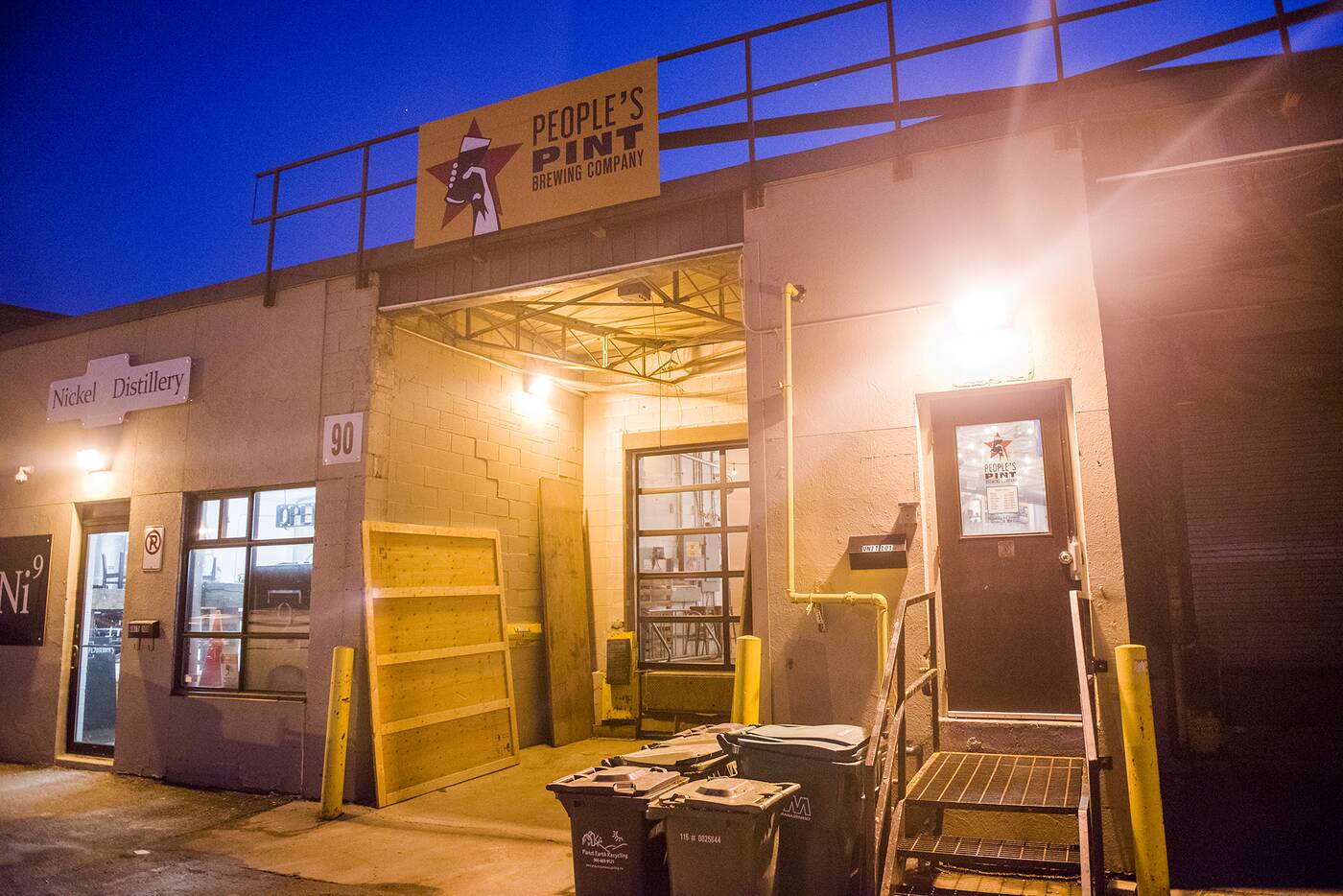