Nickel 9 Distillery makes small batch spirits from 100% Canadian apples. Starting out by experimenting with vodka made without potato or grain, their Northern Temple brand is available in over 25 LCBOs and more than 40 bars.

For now drinking in the establishment is limited to a sample bar Thursday through Sunday and tours for $25 a head (which gets you three sample cocktails), as they need most of the rest of the week to actually produce in the small space. 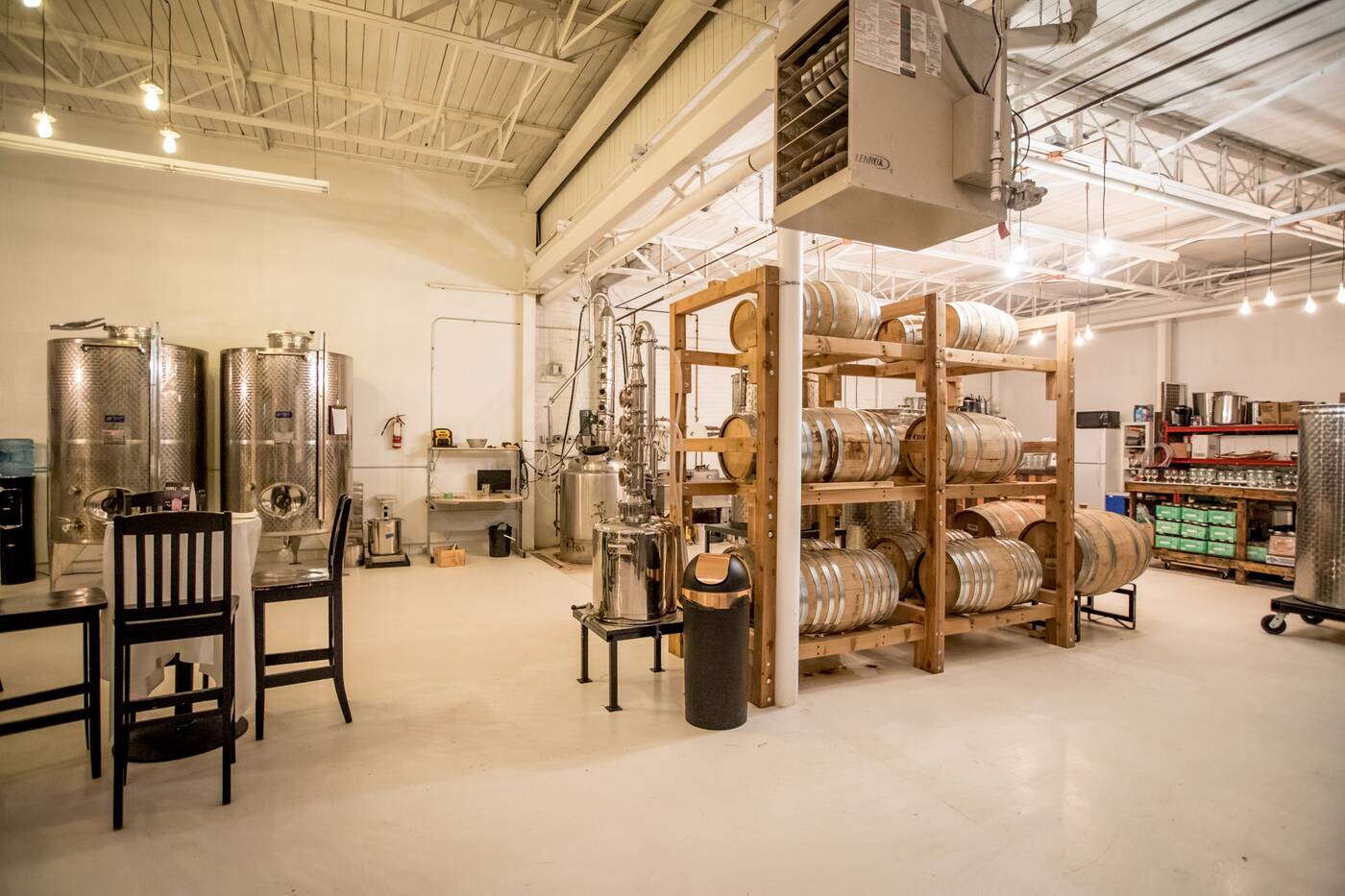 It’s very industrial in here with high ceilings, but a garage door that fully opens to the street and a patio lend airiness during warmer months. The distillery can also be used an event space, so check their social media for anything from yoga to belly dancing class announcements.

They started out with the still that sits in the centre of the room next to a stack of barrels where spirits are aging, before upgrading to a larger still on one side of the room that allowed them to up production to 40 bottles a day. 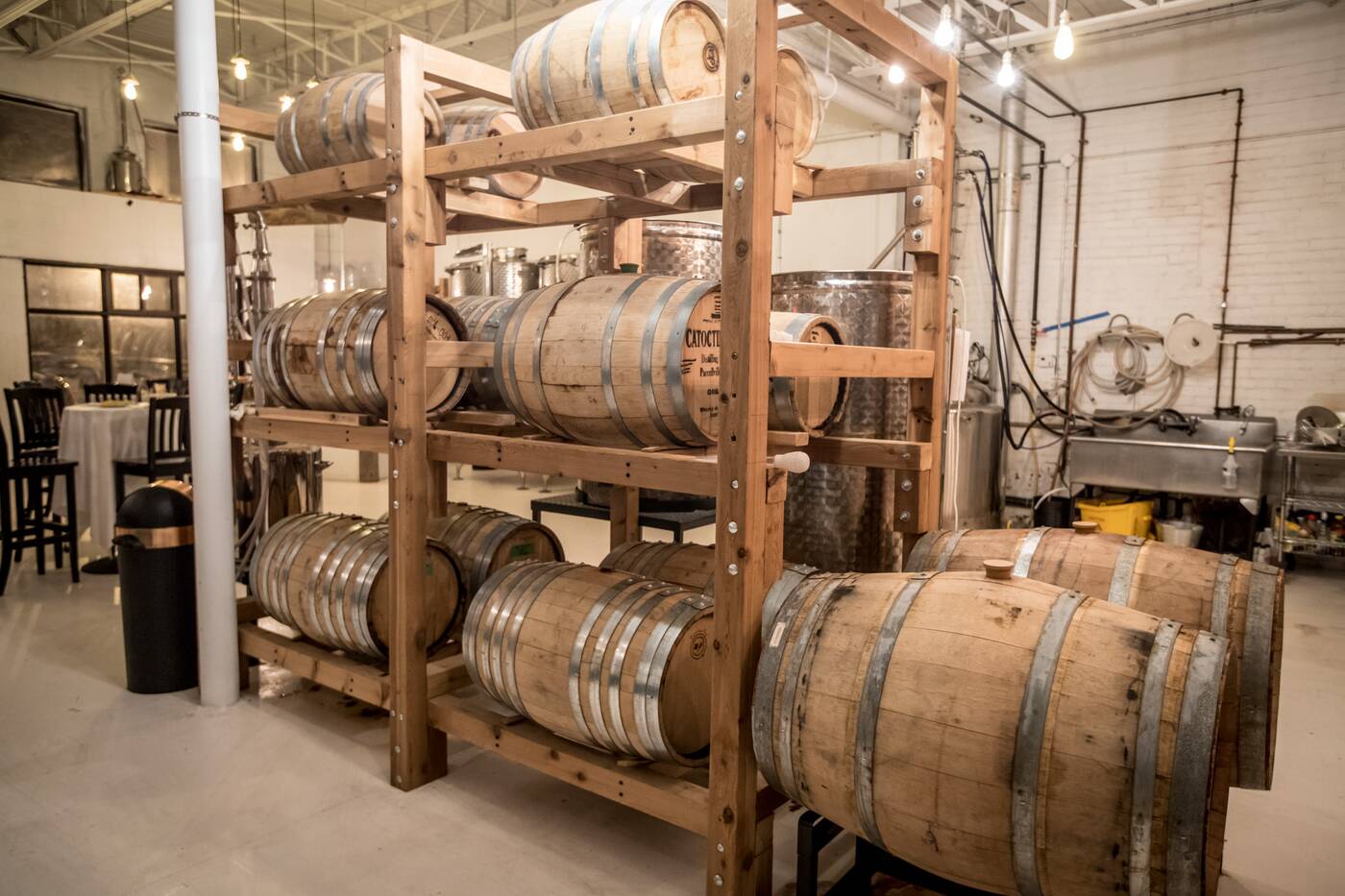 Those barrels are filled with an apple brandy, made from the same freshly pressed apple juice Nickel 9 obtains from Algoma Orchards. 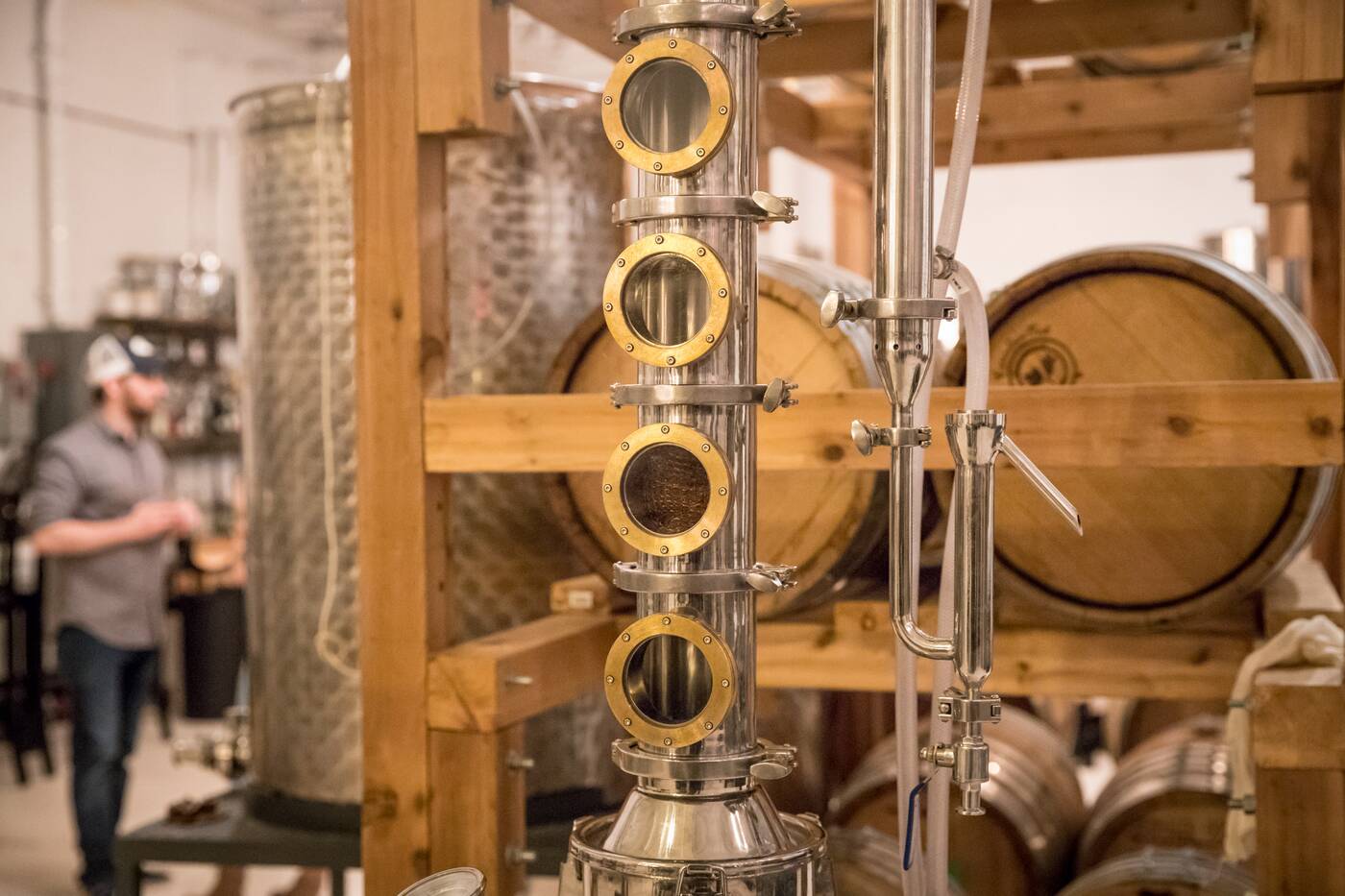 The columns on top of the stills have copper plates inside, using a perpetual process of evaporating and condensing to yield the 92-94% alcohol that provides the base for Nickel 9’s products. 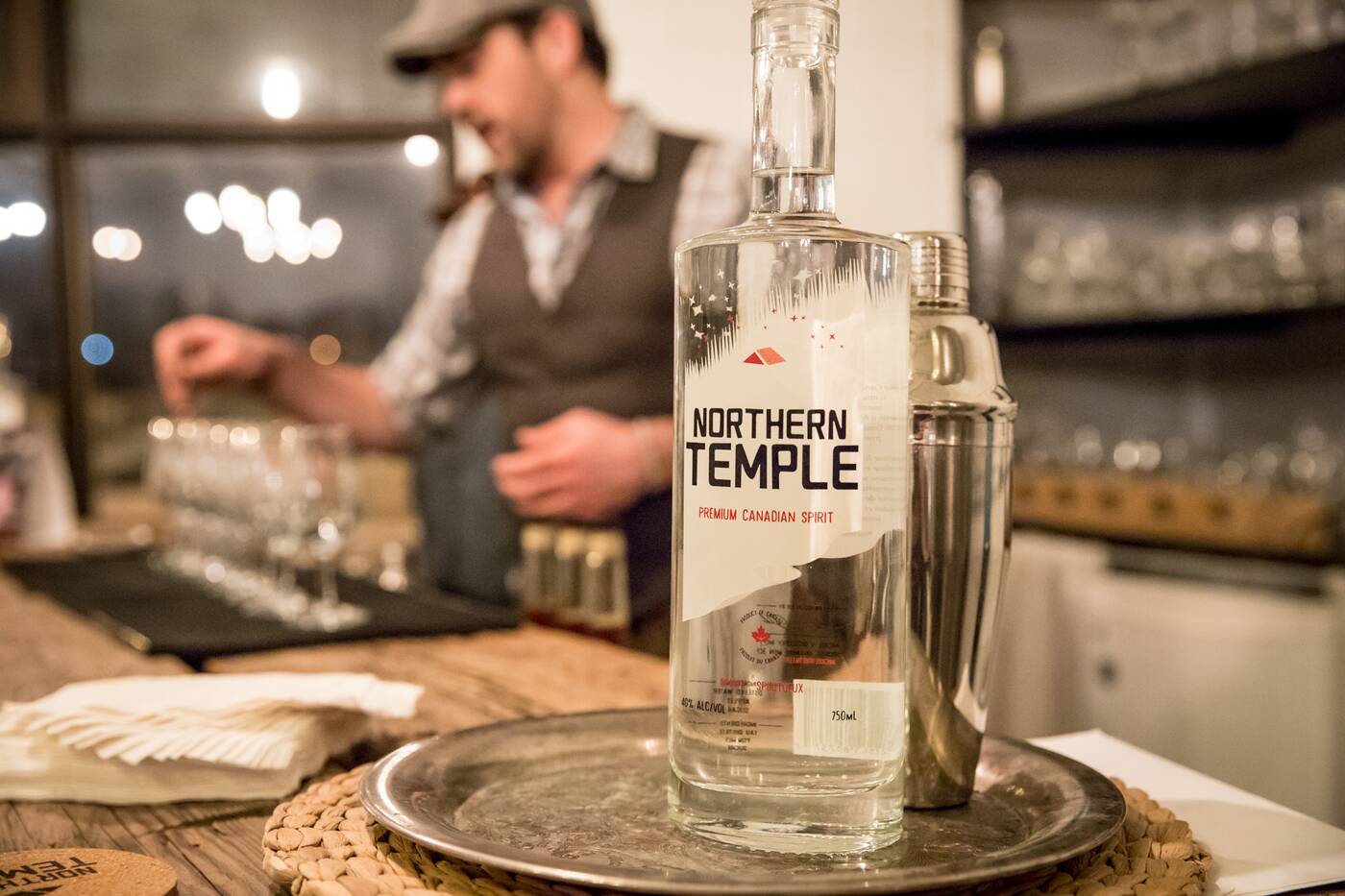 Though it doesn’t contain typical vodka ingredients Northern Temple still drinks like a vodka, but they’ve left some of the nose and body that comes with the apples in the 40% spirit so it’s also a little like an eau de vie. 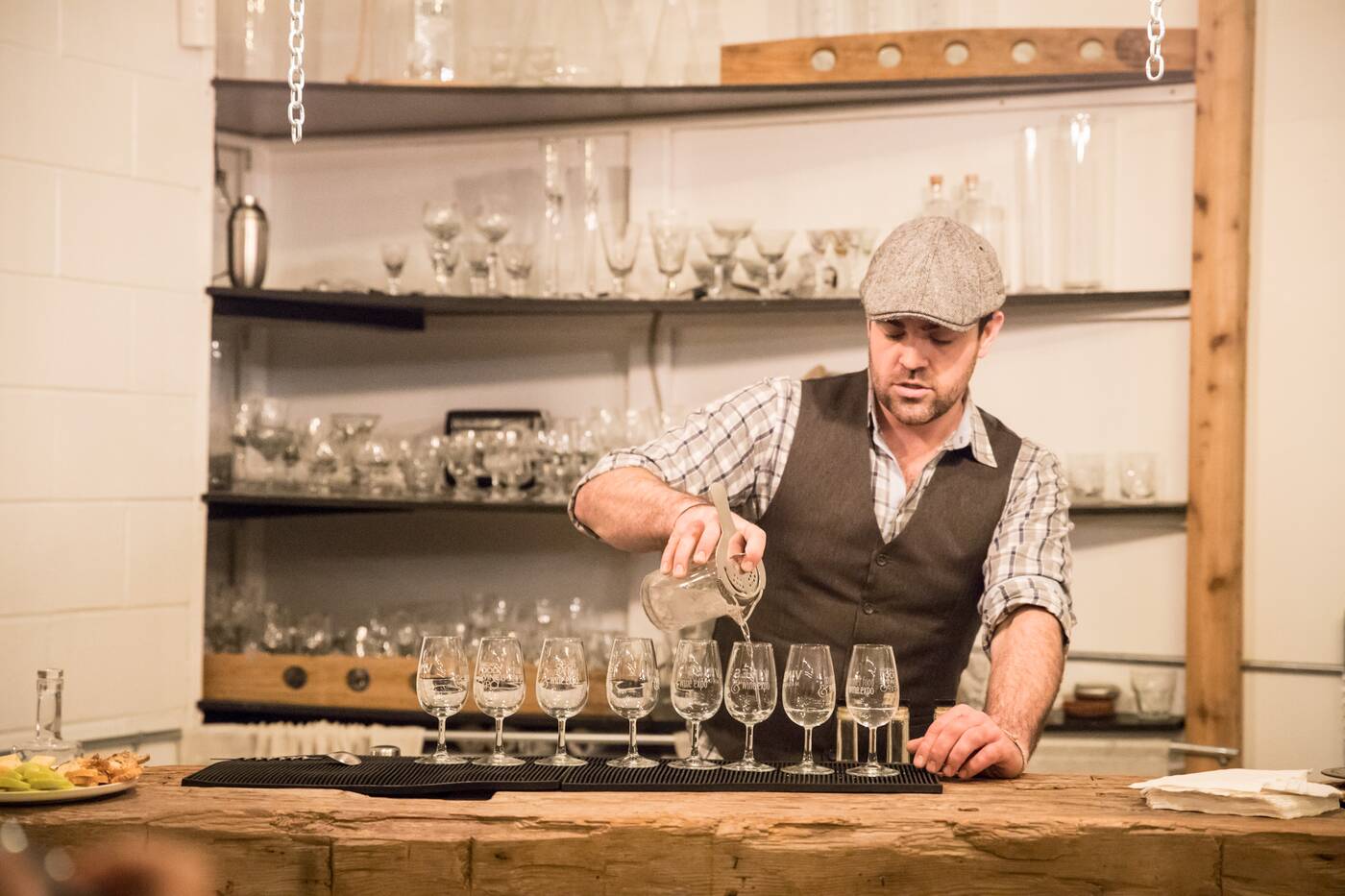 No grain also means no harsh ethanol bite, meaning this spirit encompasses both uniqueness and versatility. 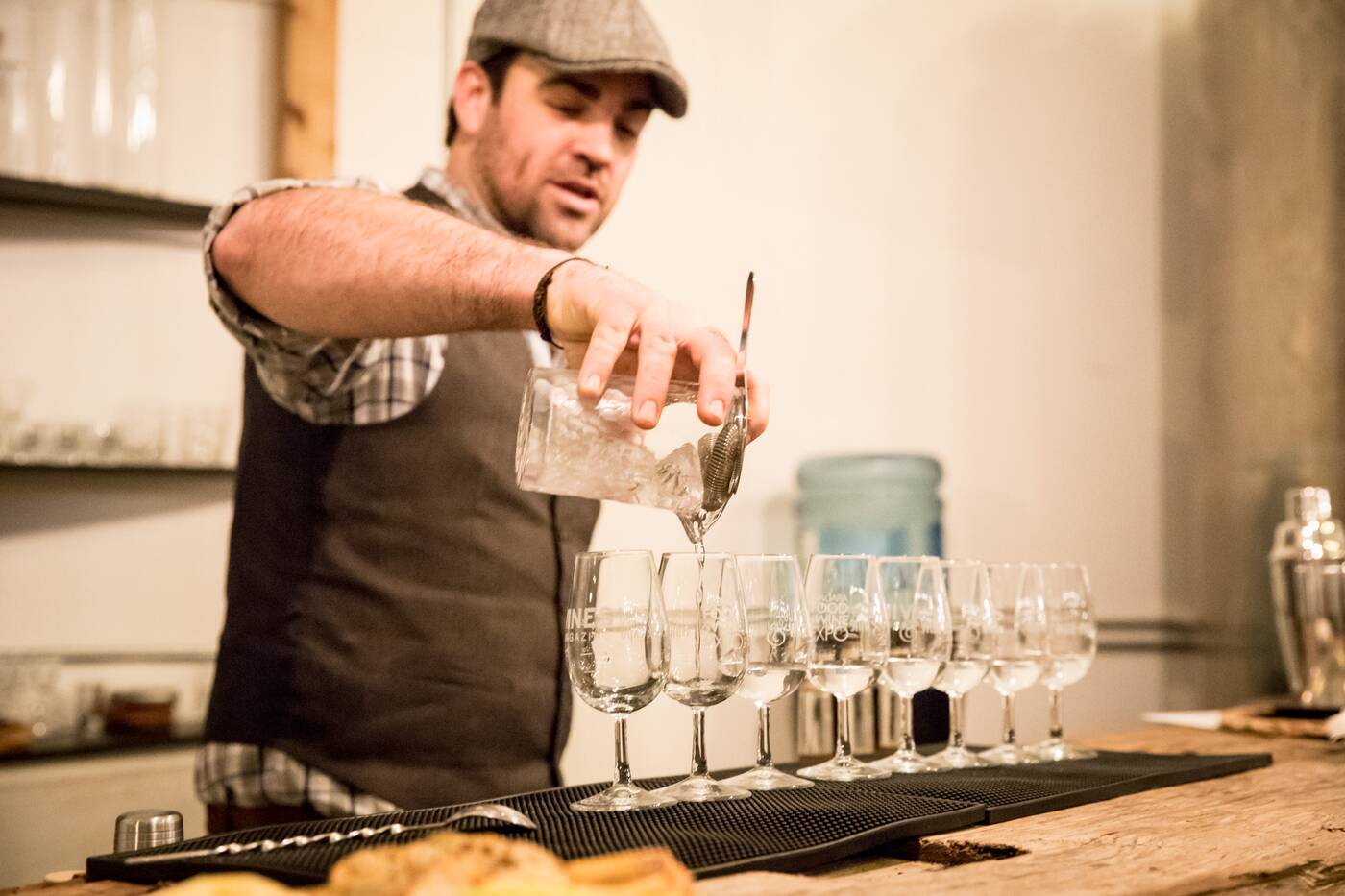 On a tour Nickel 9 models various ways to create cocktails with their spirits, but the idea is that even on the rocks with a little fruit juice it’s good to go. 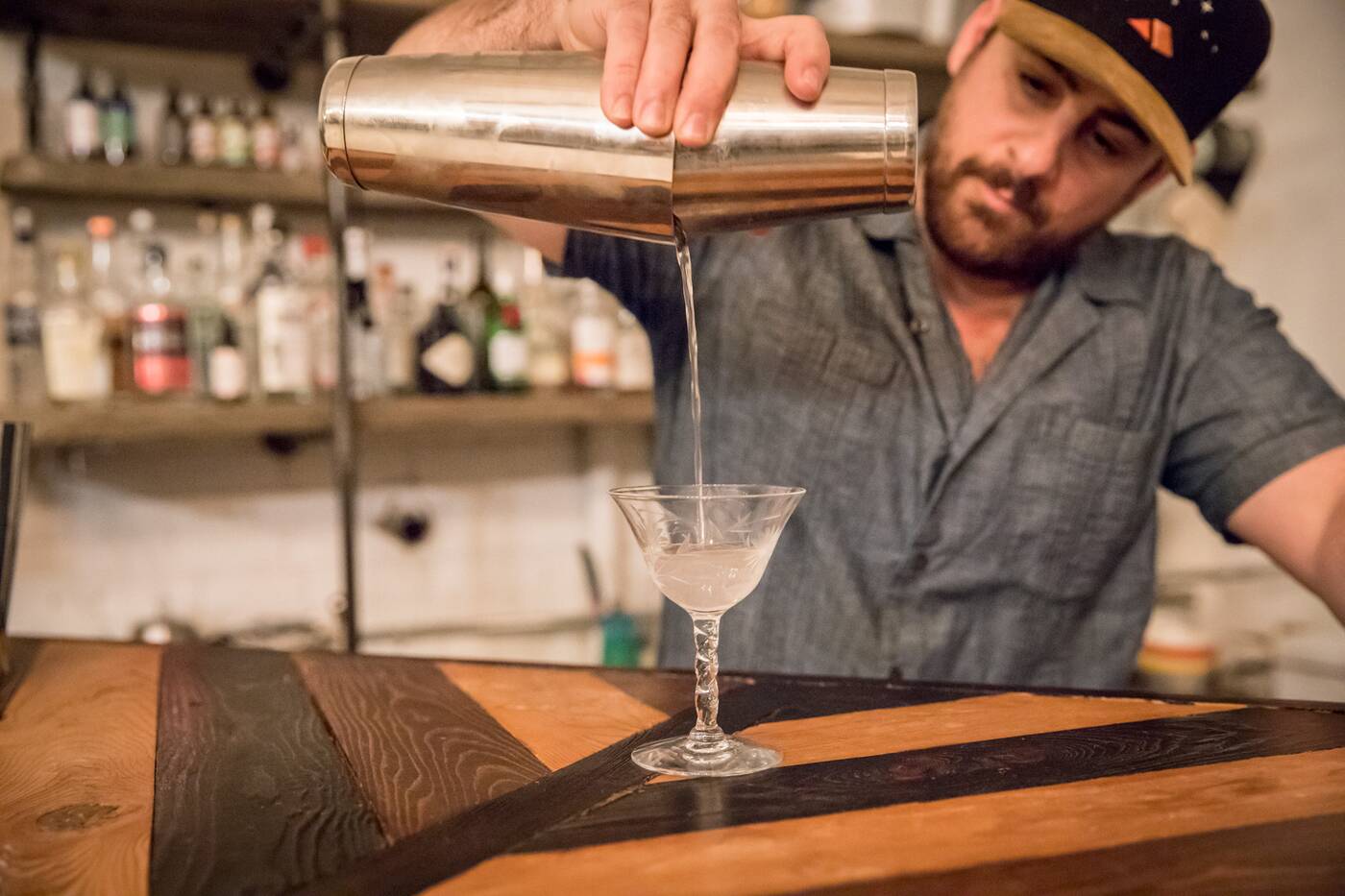 One such cocktail available during sample bar/tour hours plays off a Moscow Mule. They also make their own syrups here which they’re hoping to retail as well, this cocktail employing a light and citrusy yet slightly spicy apple ginger sassafras syrup. 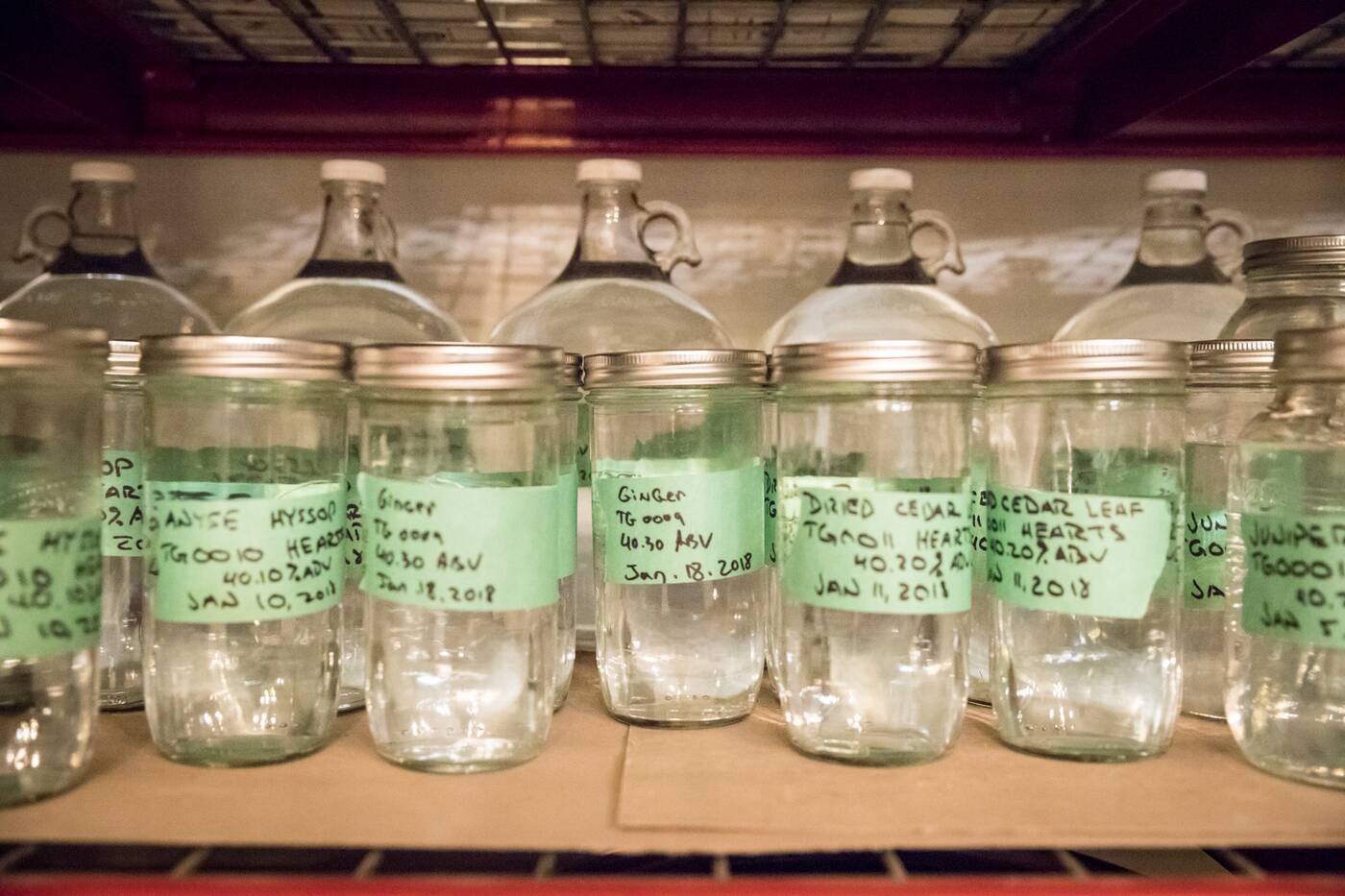 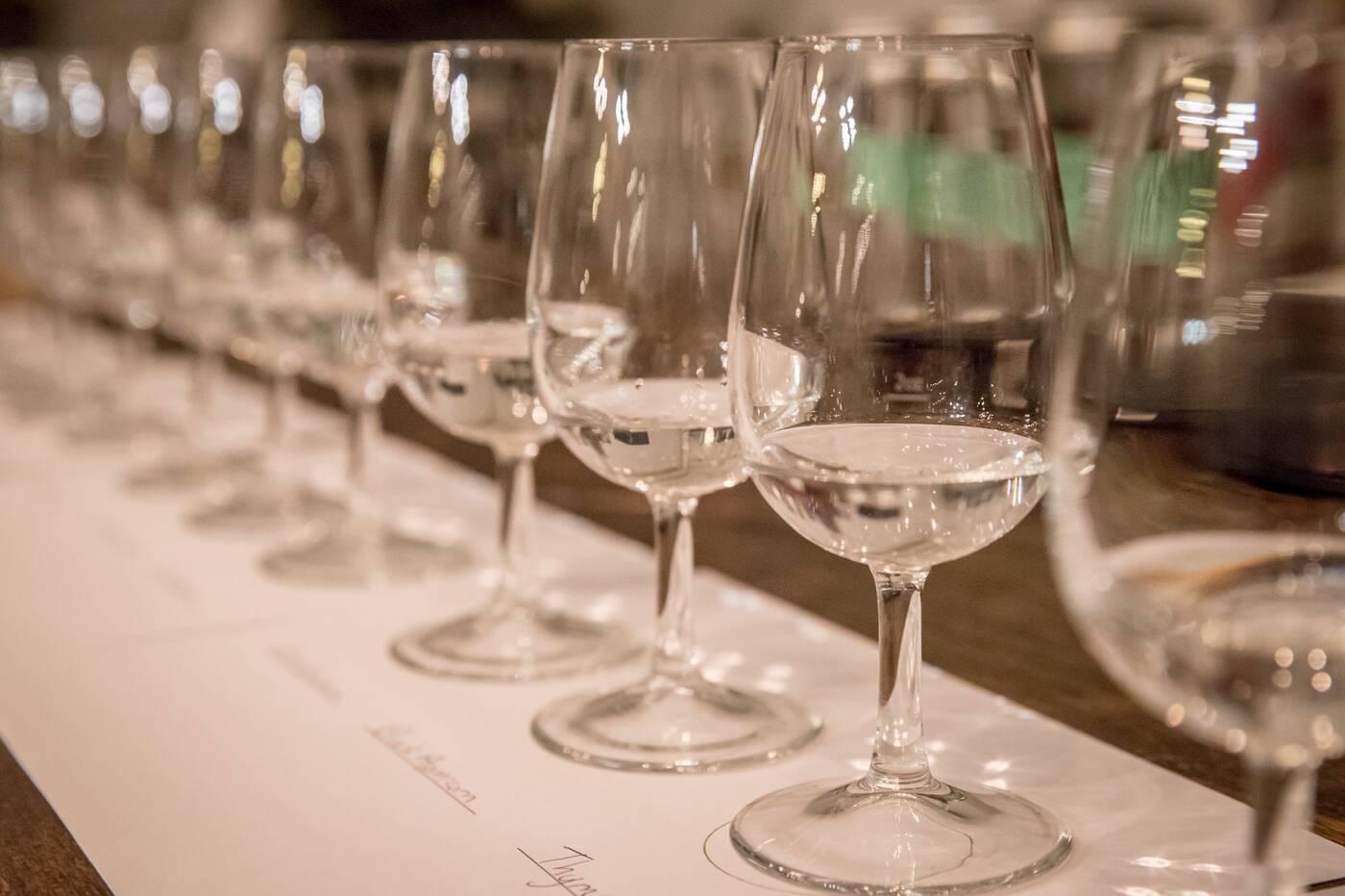 Lots of gins are a salad of herby aromas and flavours, but Nickel 9 attempts to break the spirit down to distinct botanicals, such as mint or rosemary.

Co-founders Chris Jacks and Harris Hadjicostis started out distilling as a hobby, but this more professional undertaking is only the beginning. A retail shop should be next door at some point, stocked with tools for the home bartender and their own accessorizing products like syrups and rimmers. 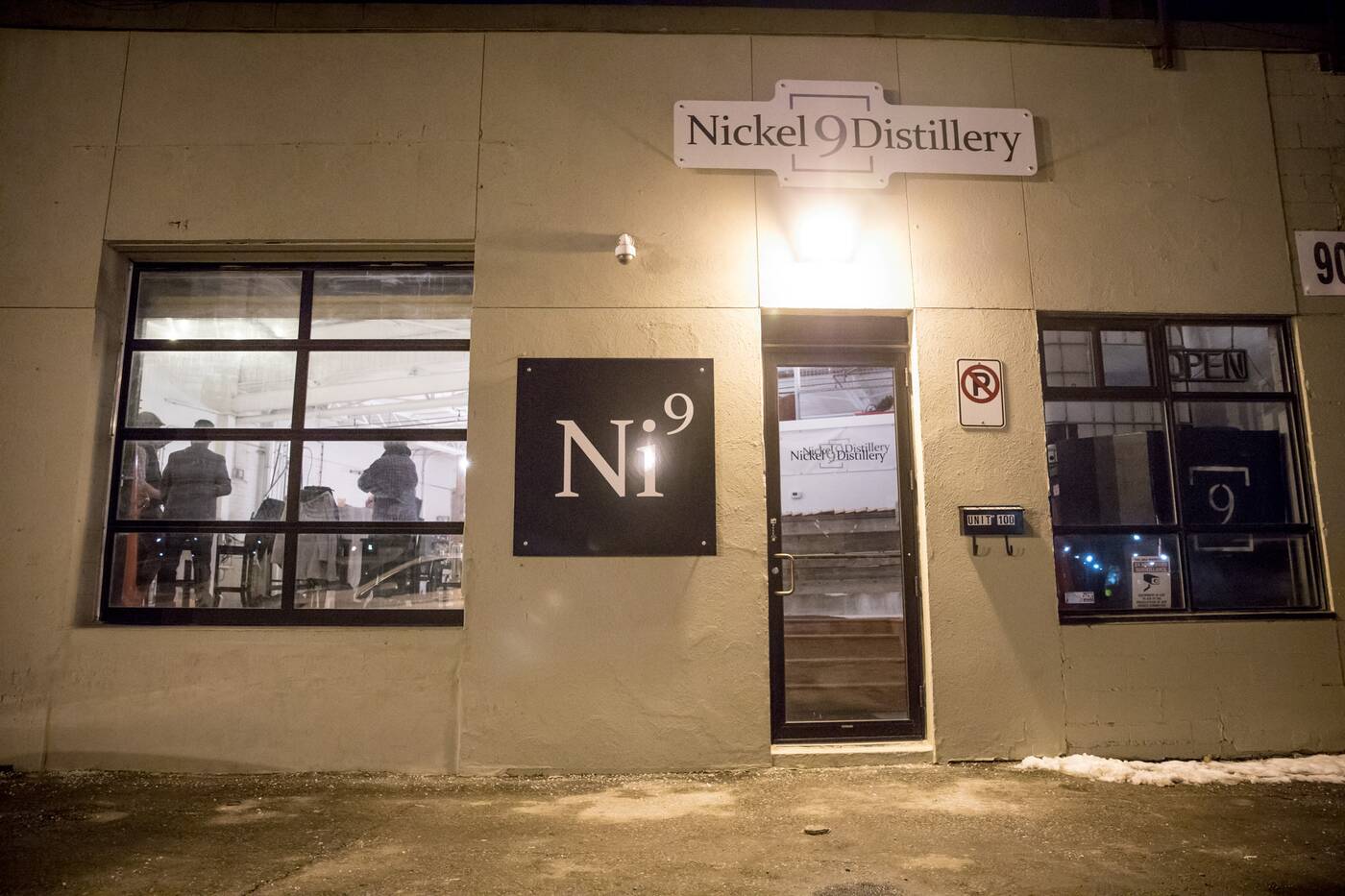