Red Tape Brewery offers a diverse selection of beer including an IPA, Pale Ale and Kettle Sour, as well as customized brews to fit your personal tastebuds.

After making home-brew for about 10 years, all of which were labelled with red electrical tape, Sean Holden opened the family-run brewery with his wife, Sarabeth. 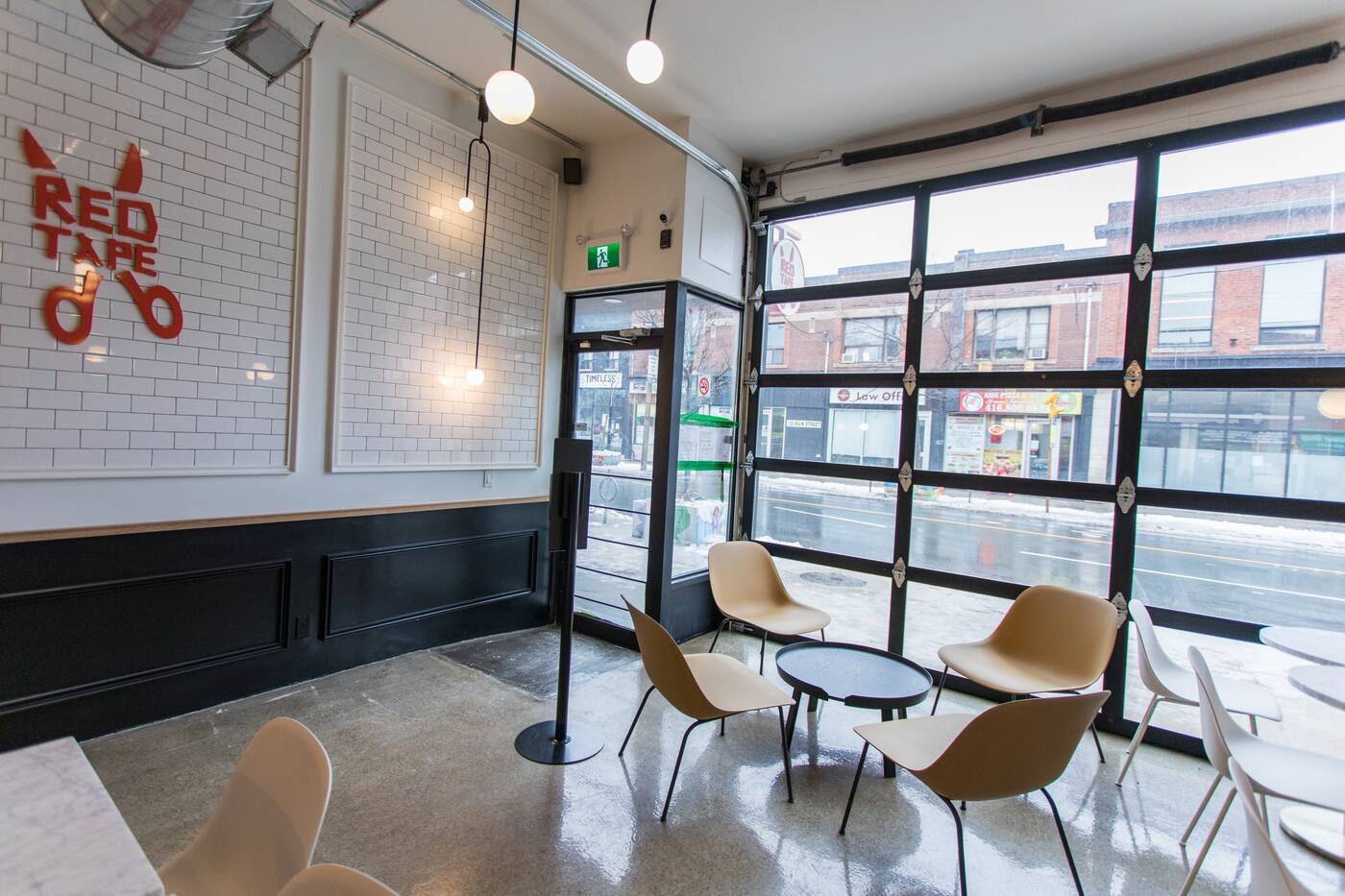 The idea for bespoke brewing was born along with their son a few years ago. Holden brewed Celebration Saison and the couple shipped the orange and ginger bubbly beer to their out-of-town families to open upon their announcement. 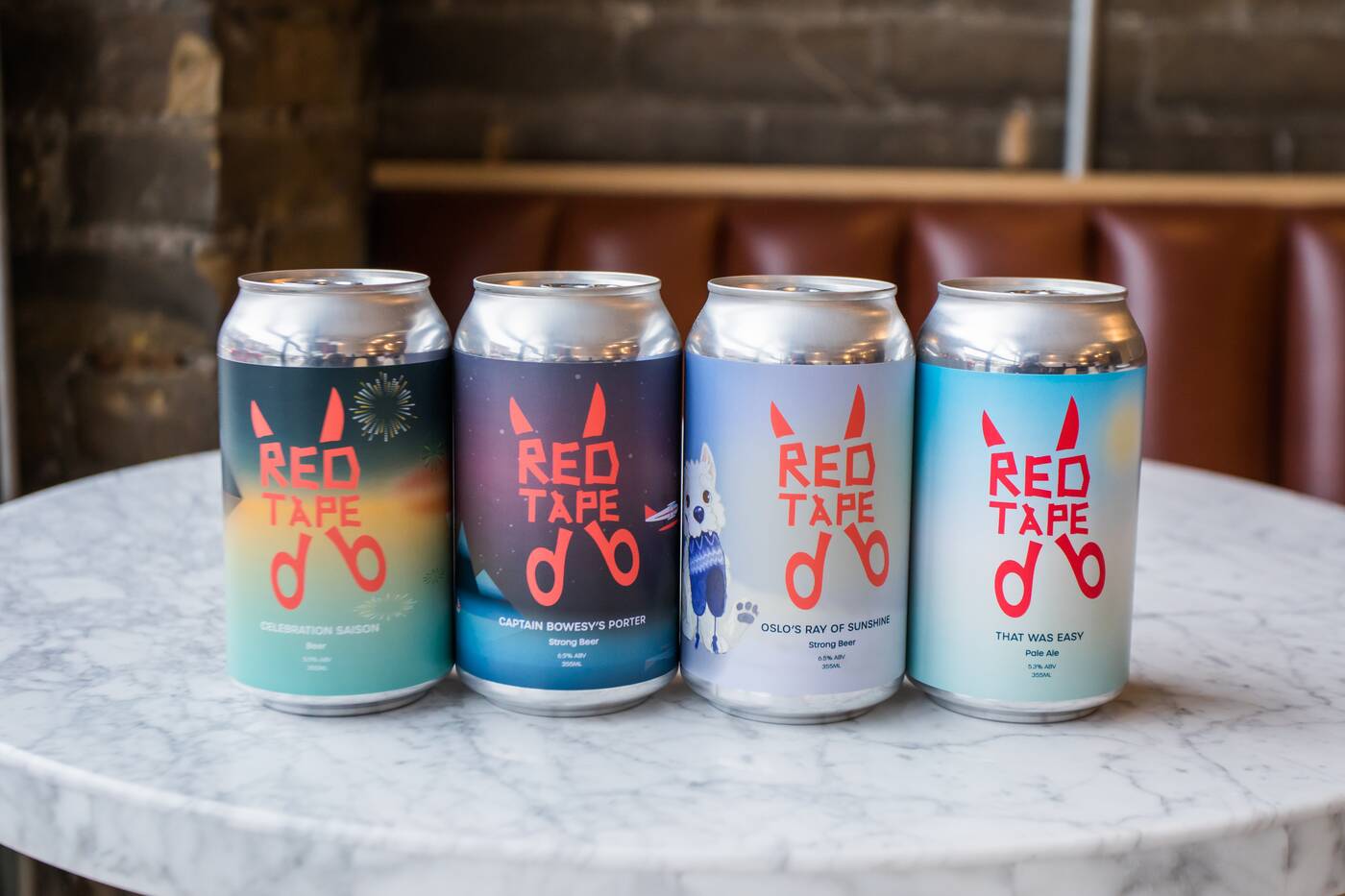 Now they make personalized beer for any special event including birth announcements, weddings, birthdays and anniversaries basing the flavour off anything from food, colours, and culture. As well as their own takeout cans that are available for pickup. 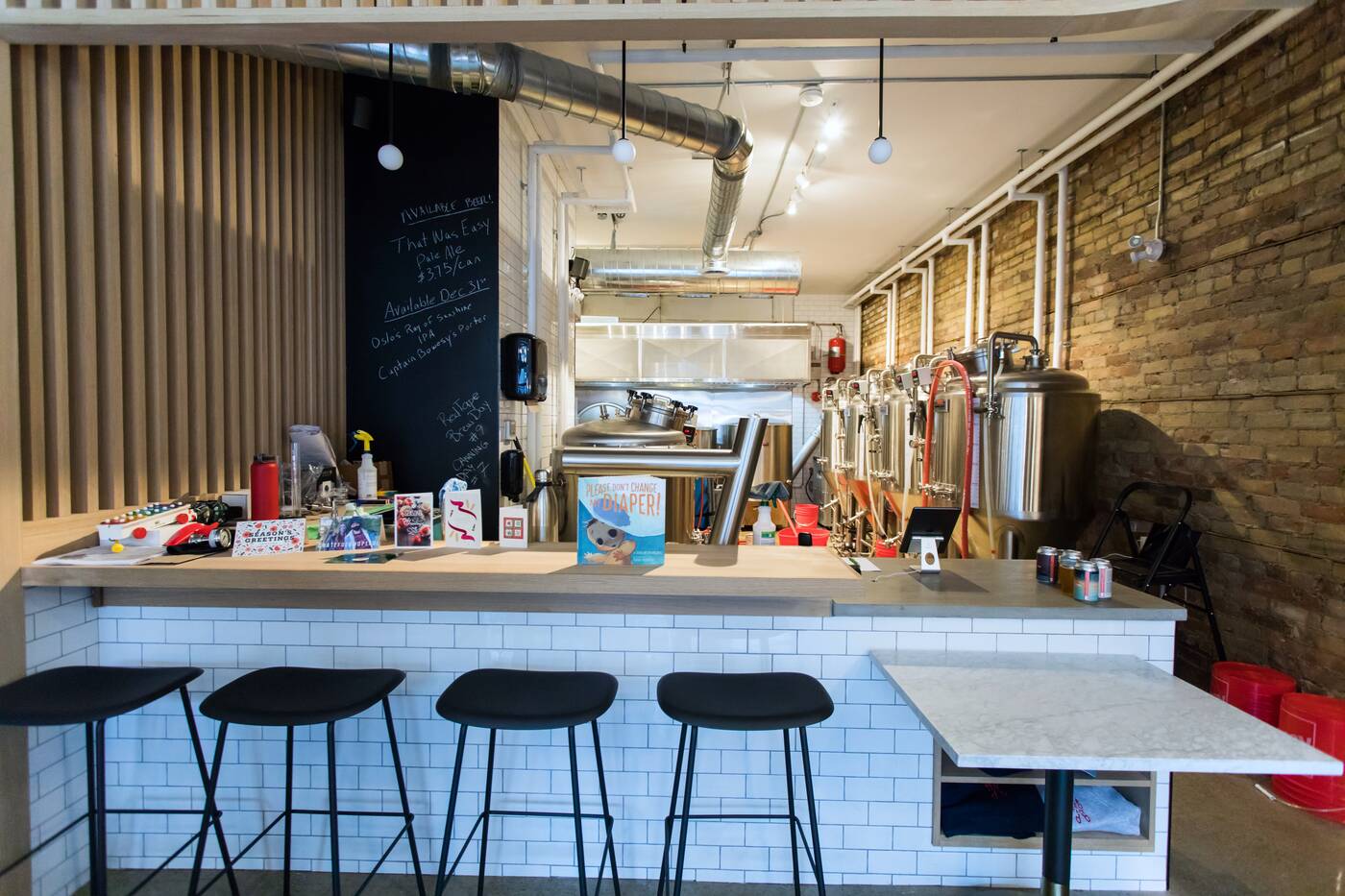 The beer is made from start to finish in their taproom (which is clearly visible behind the counter), never leaving the building until it's in the customer's hands. 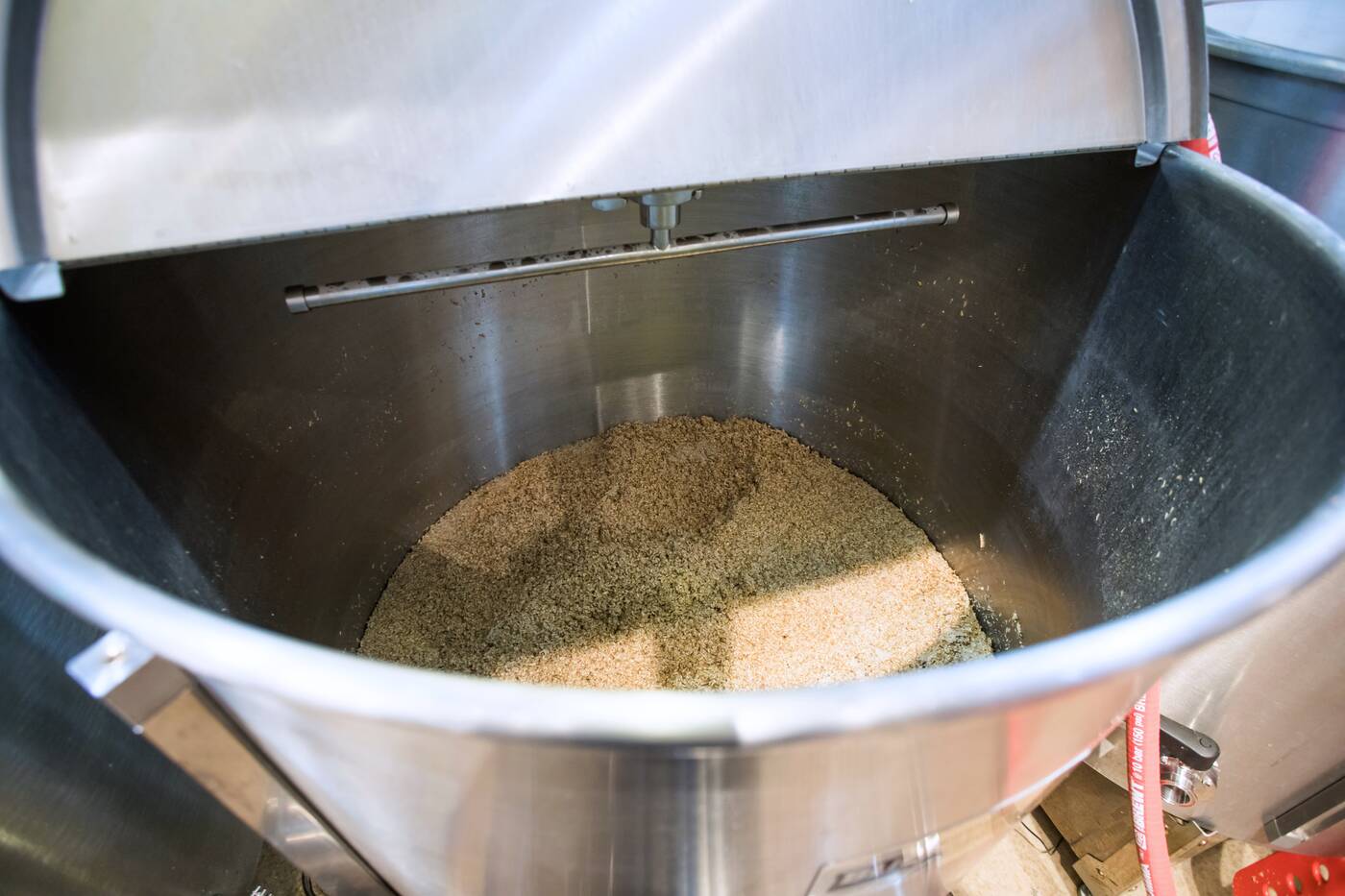 First, the grains are crushed together in a keg to extract the fermentable sugars to produce a milled product called grist. 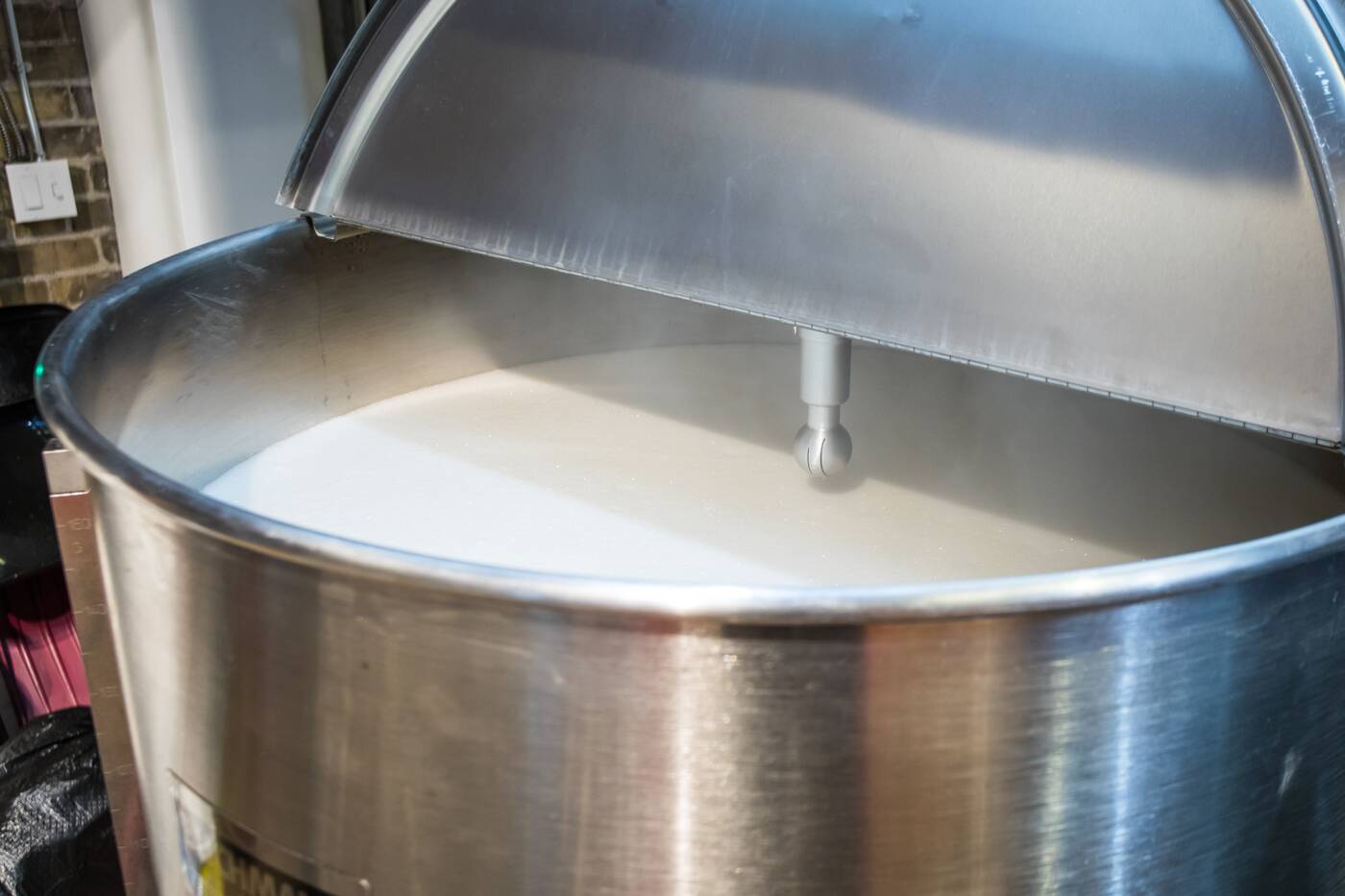 It then goes on to a second keg where it's brought to a controlled boil for about an hour before the hops are added, giving it the flavour. 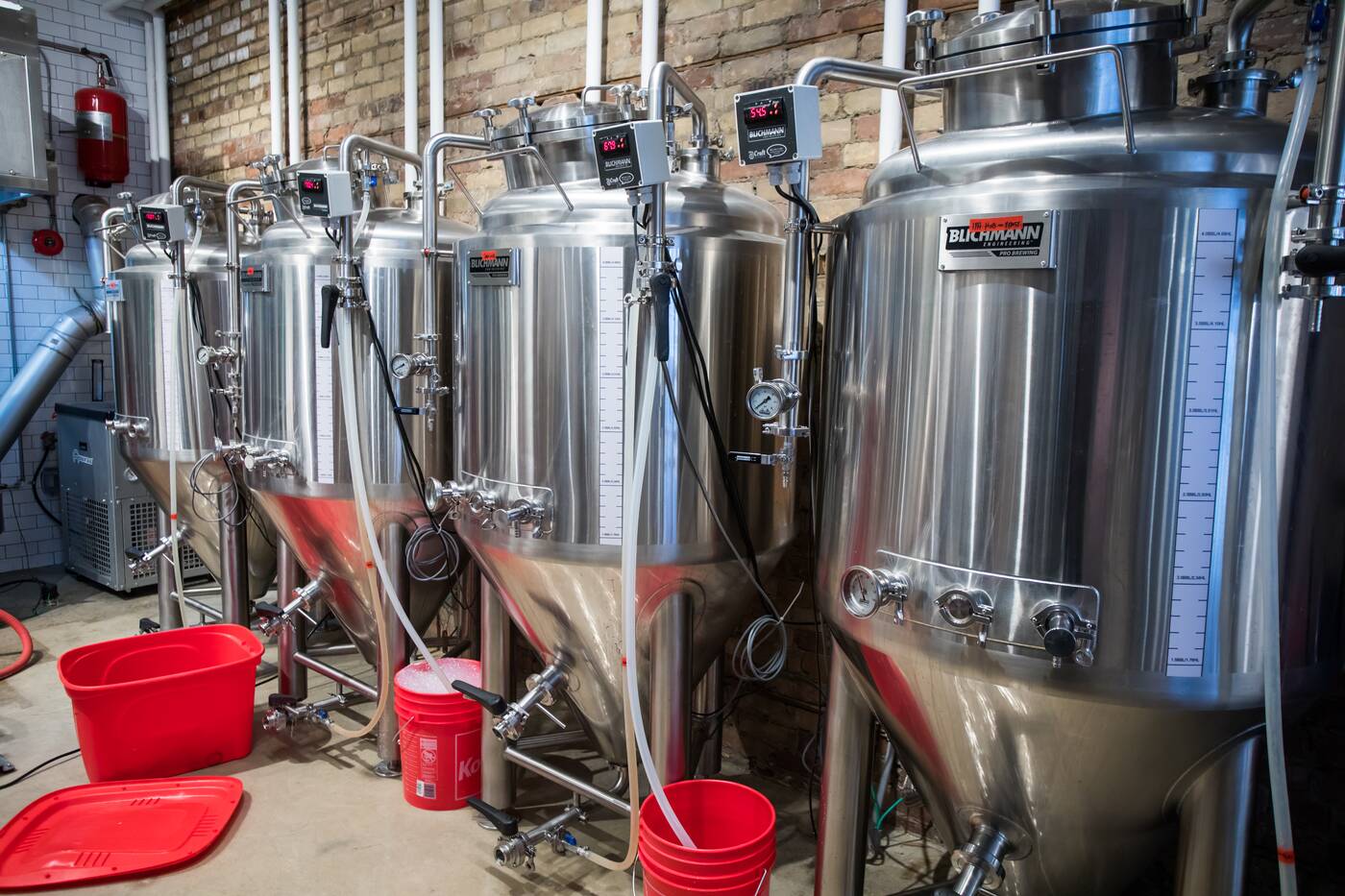 The beer then spends about a week or two in the fermenting tanks. 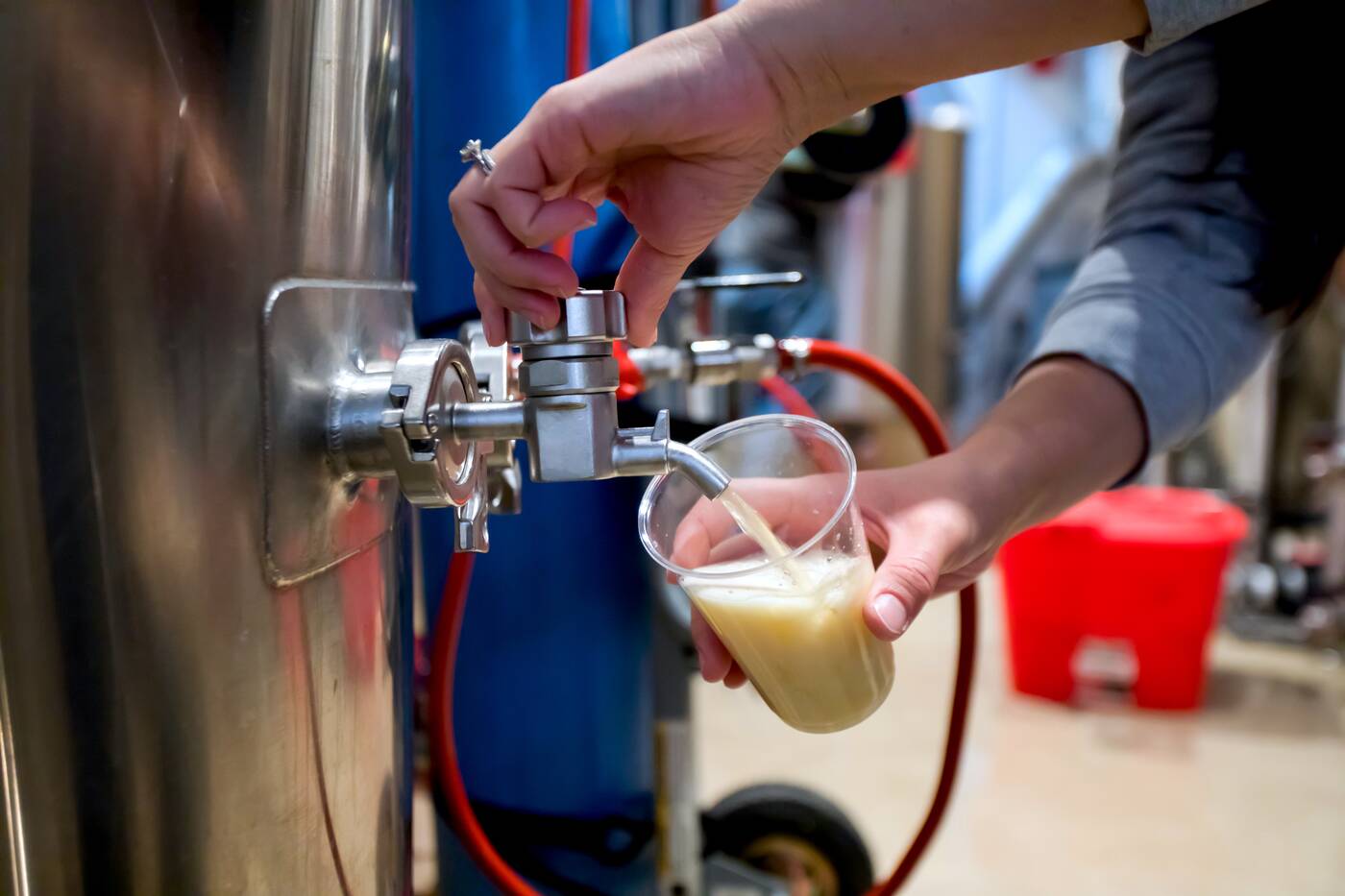 After reaching its full potential, the beer is filtered, carbonated and transferred to the bright beer tank where it goes through a cellaring process that takes three to four weeks to complete. 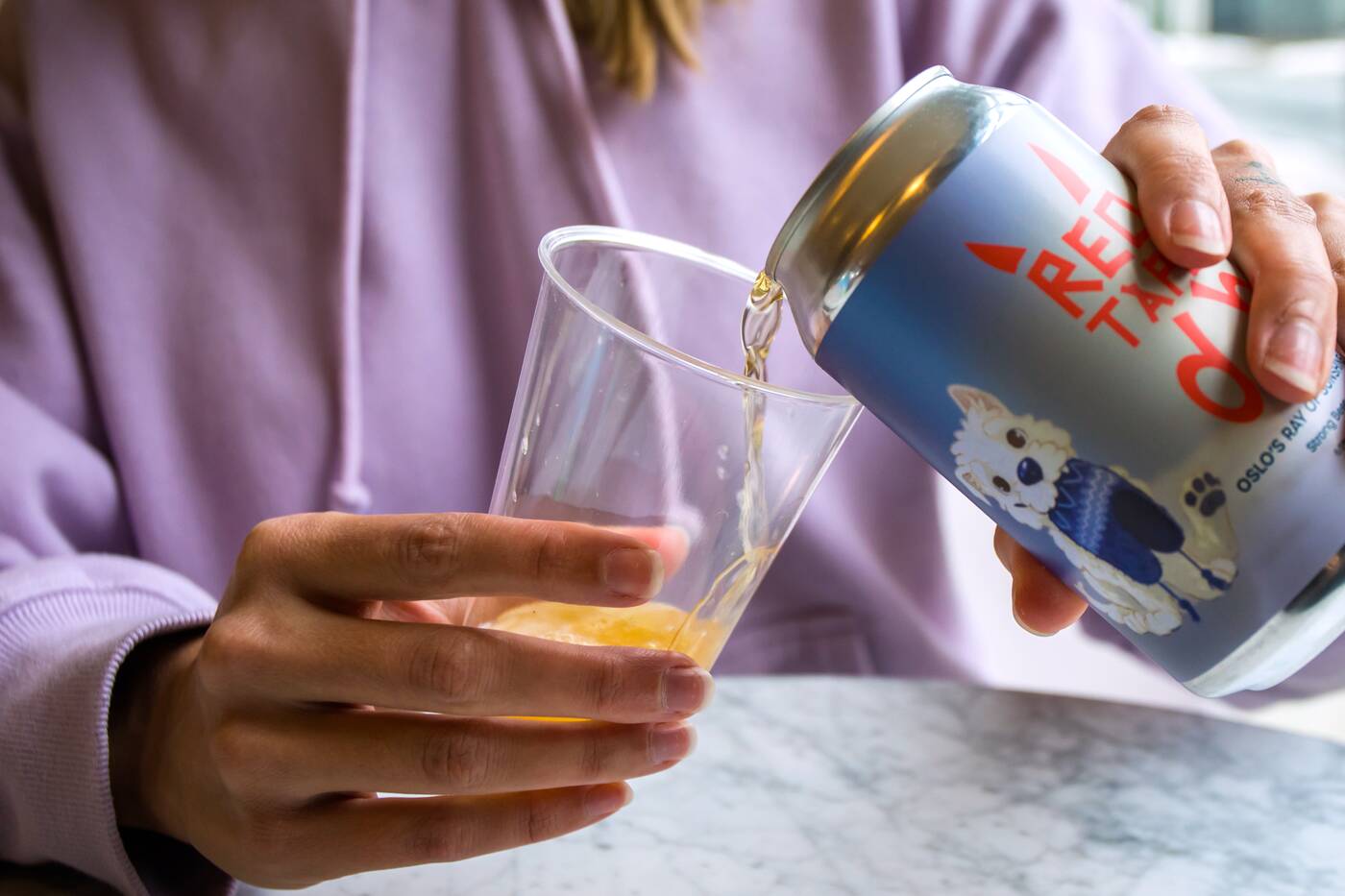 Among the brews available for pickup is Oslo's Ray of Sunshine, an IPA dry-hopped with citra. The name is inspired by their family dog, Oslo and their oldest son, Raymond. 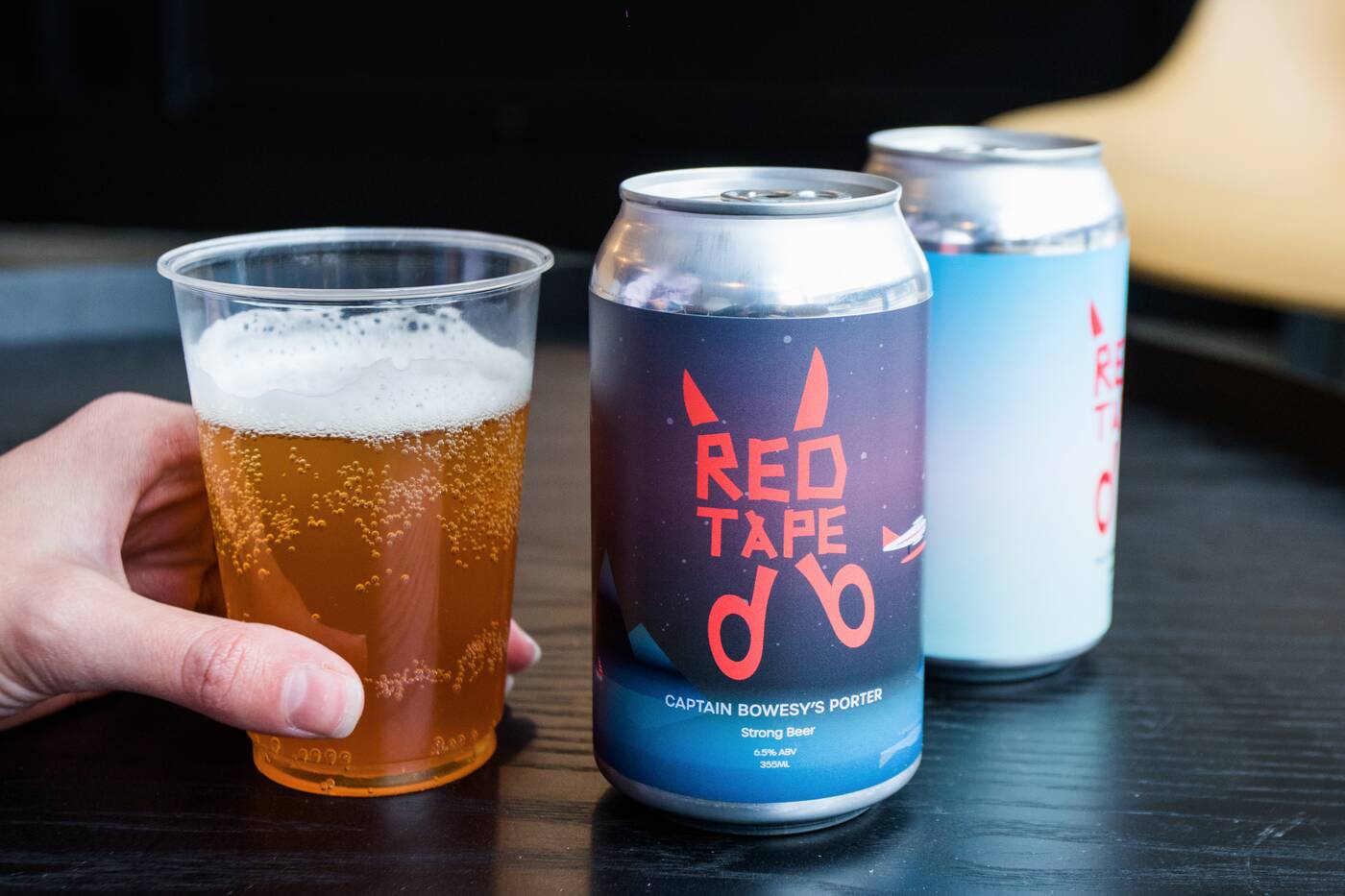 Another favourite is Captain Bowesy's Porter, a class dark ale with a deep, rich flavour. This one is named in honour of their close friend, Bowesy who's a captain for Porter Airlines, and also the godfather to their two kids and current employee.

Whichever flavour you choose, the small-batch brews made special at Red Tape Brewery make it the perfect spot for Toronto's craft beer lovers. 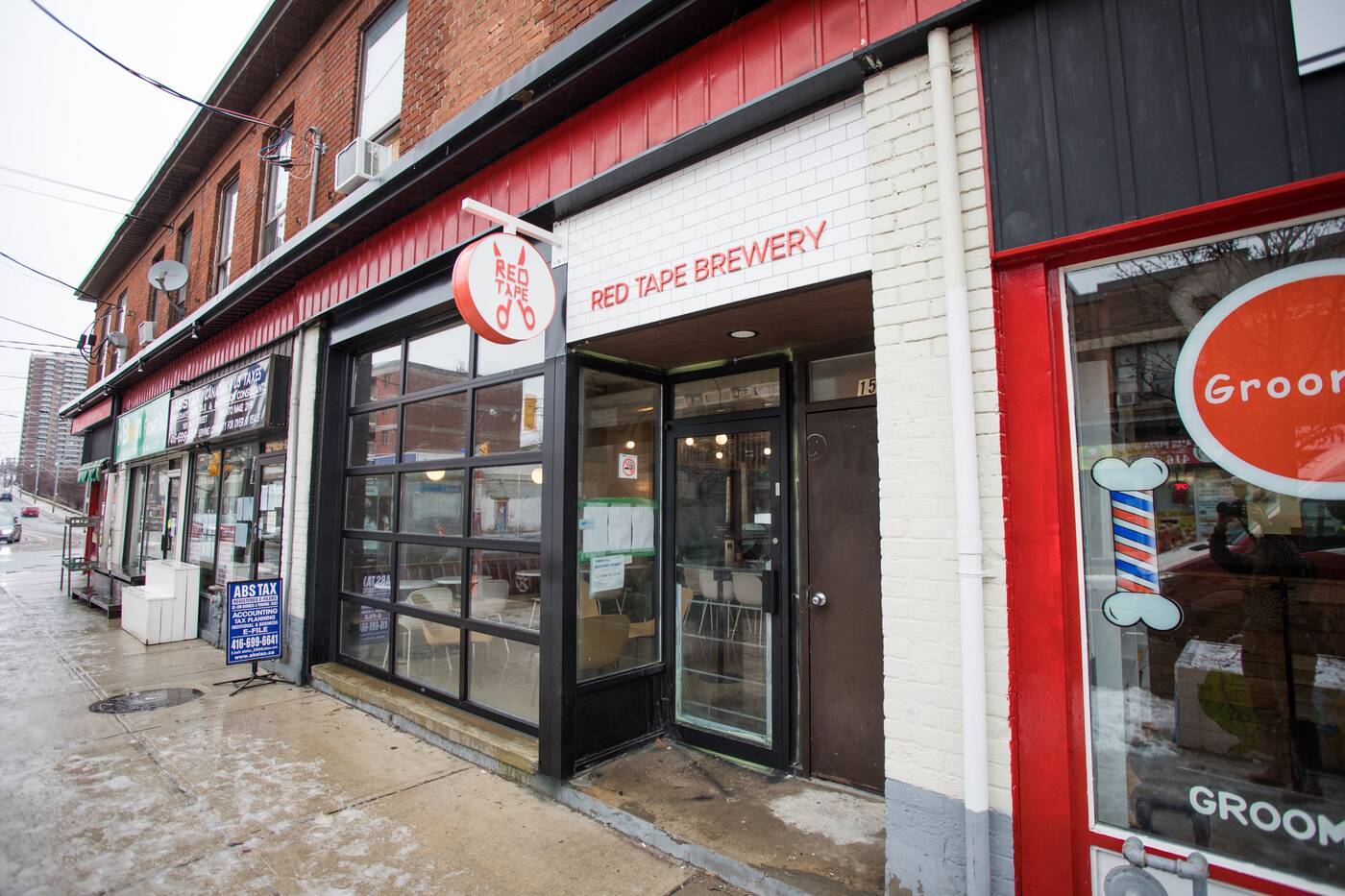