Nickel Brook Brewery is a name beer drinkers know well having amassed a devoted following the last 15 years of brewing.

This taphouse and bottle shop off The Queensway is where Toronto beer fans of the Burlington brewer can head to sip on some quality draft either on the patio tables or atop a bar stool. 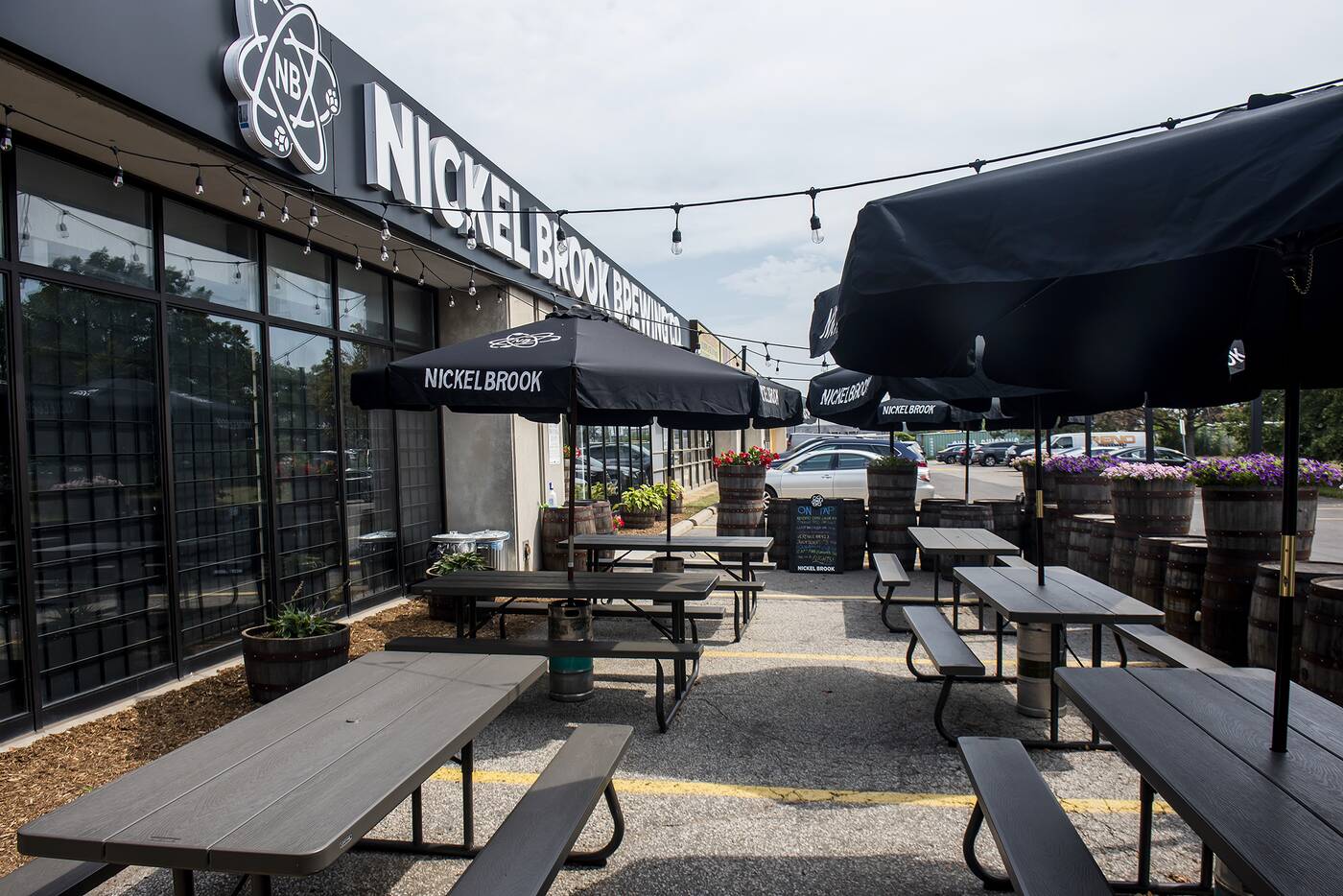 Also the latest production facility, the space was previously home to the Calgary-based Big Rock Brewery. 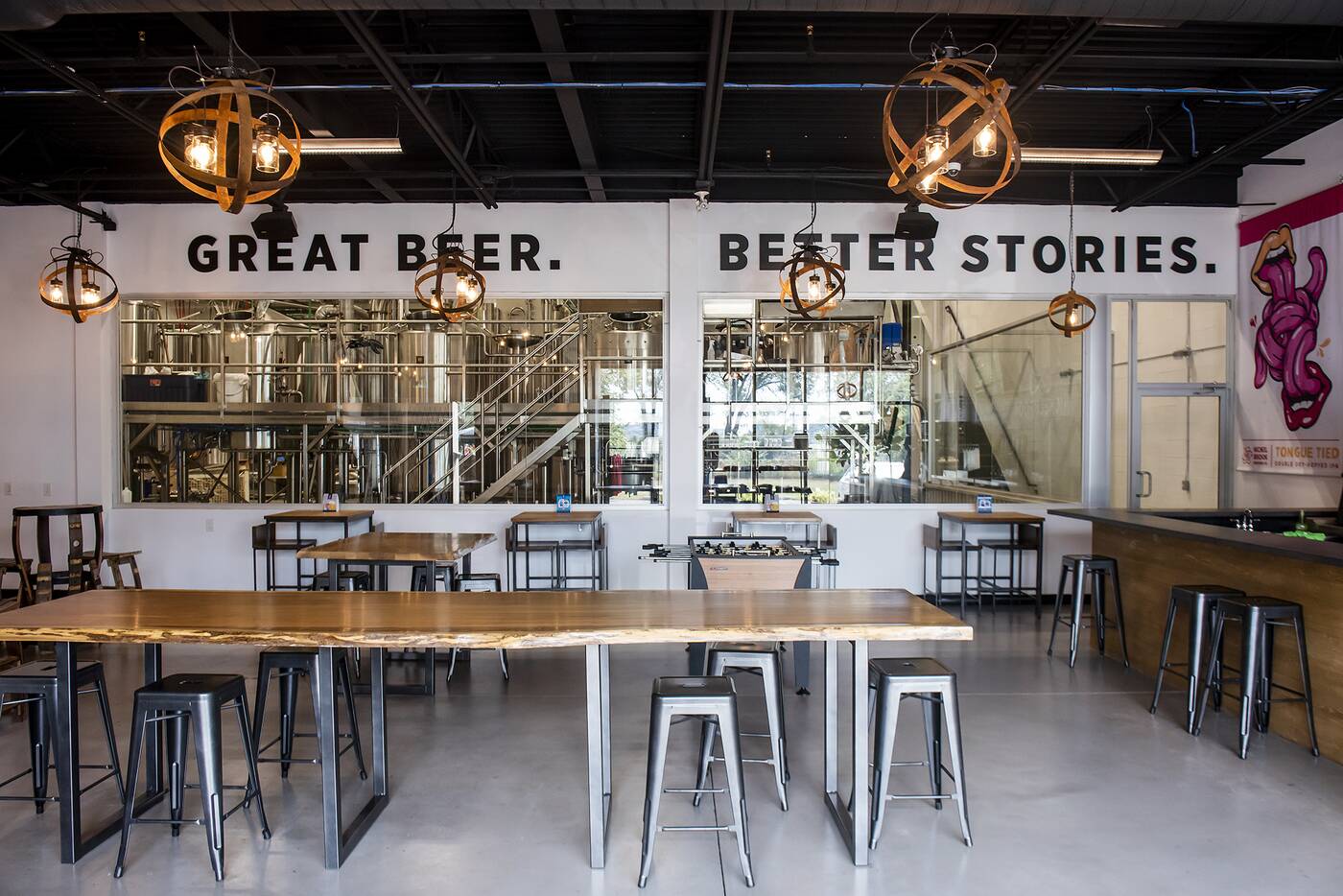 The taproom looks out to the floor where production has grown six times in size from the first Burlington brewery that opened back in 2005. 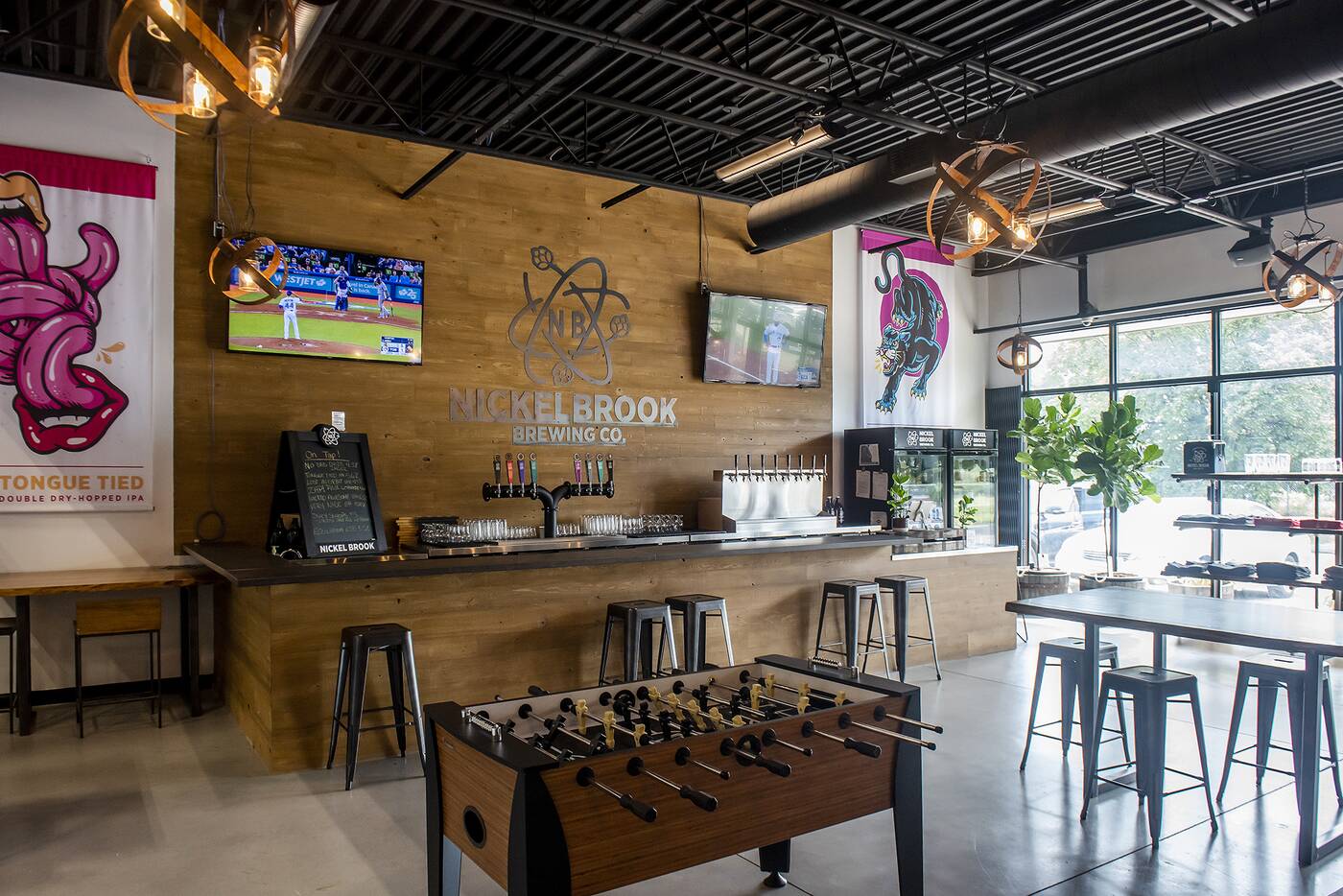 Hanging lights are decorated with the metal parts of used whiskey barrels. Old oak casks from the barrel program, of which there are usually over a hundred each year, were also used to make some of the stools and tables. 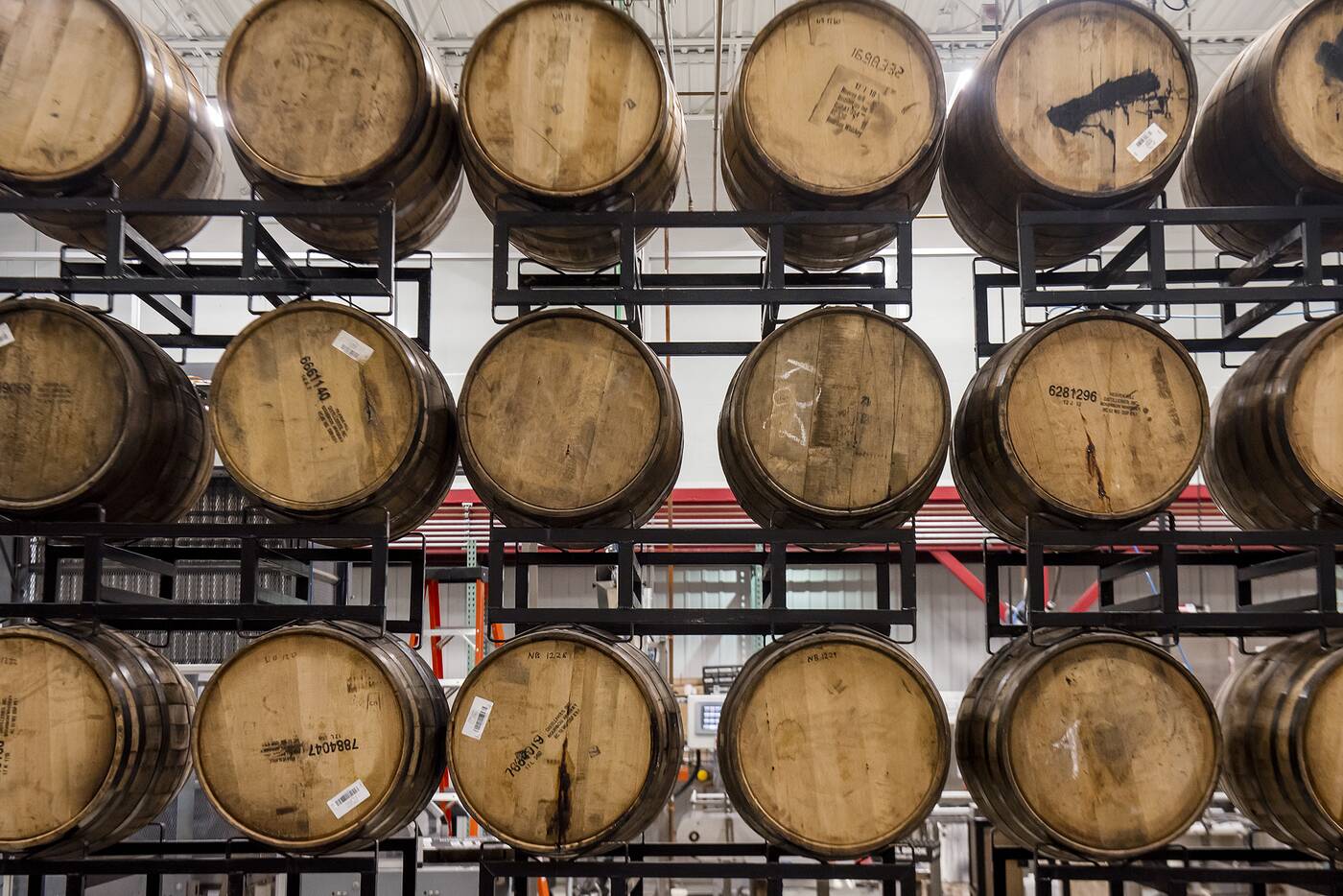 Nickel Brook has one of the largest barrel-aging programs in the country, at one point even having 400 bourbon barrels at one time.

The whole idea behind using old whiskey and bourbon barrels is to give the beer a more robust taste. And that difference is made even more notable when kept for a full year, which is the length of aging time here, versus just a few months. 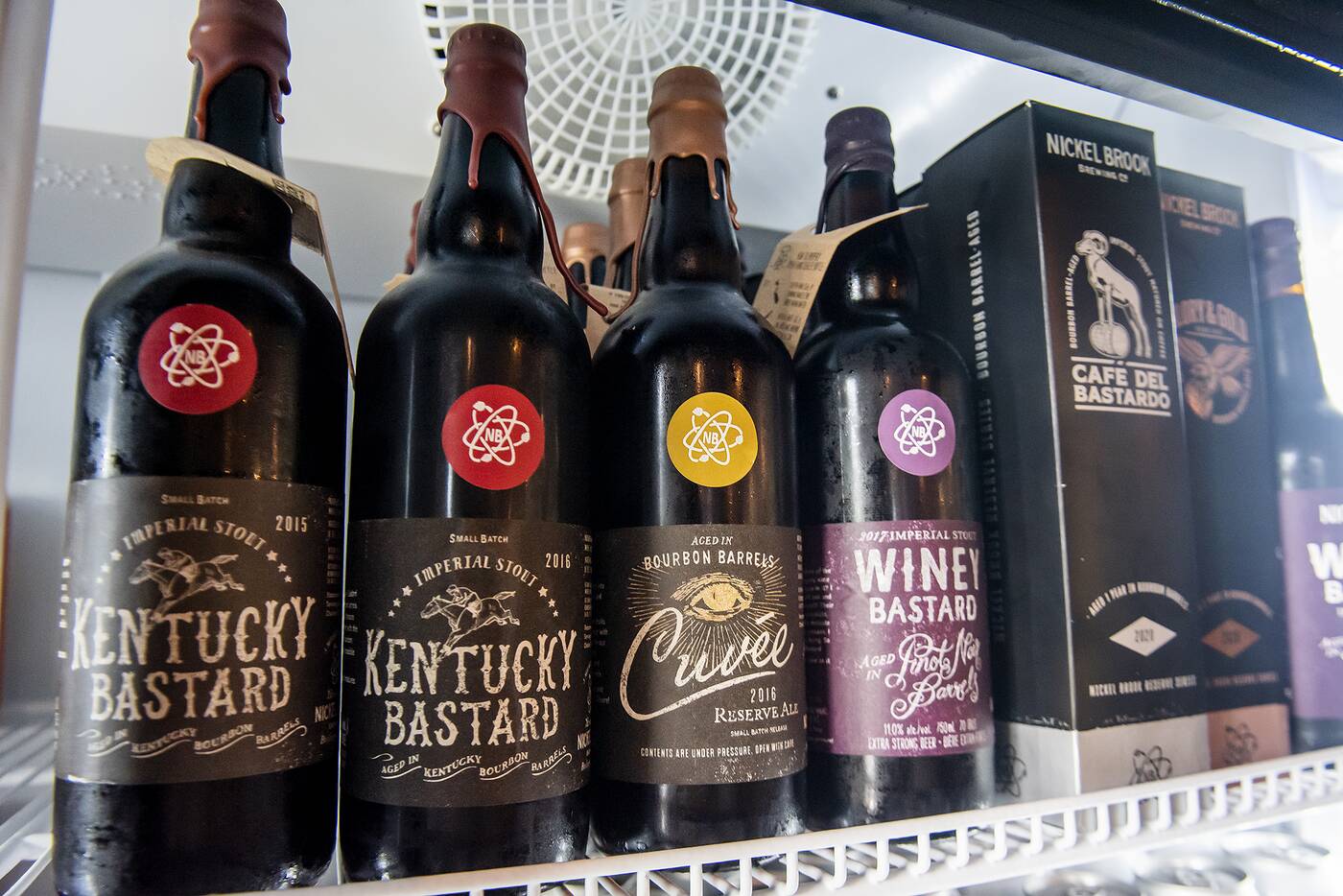 Among the extensive list of barrel-aged brews include the cuvée, winey bastard, Kentucky bastard and cafe del bastardo, an offshoot of Kentucky (750mL bottle, ABV: 11.9 per cent, IBU: 70) with added coffee beans from Happy Goat in Ottawa.

The two latter are some of the highest-rated beers in the country. 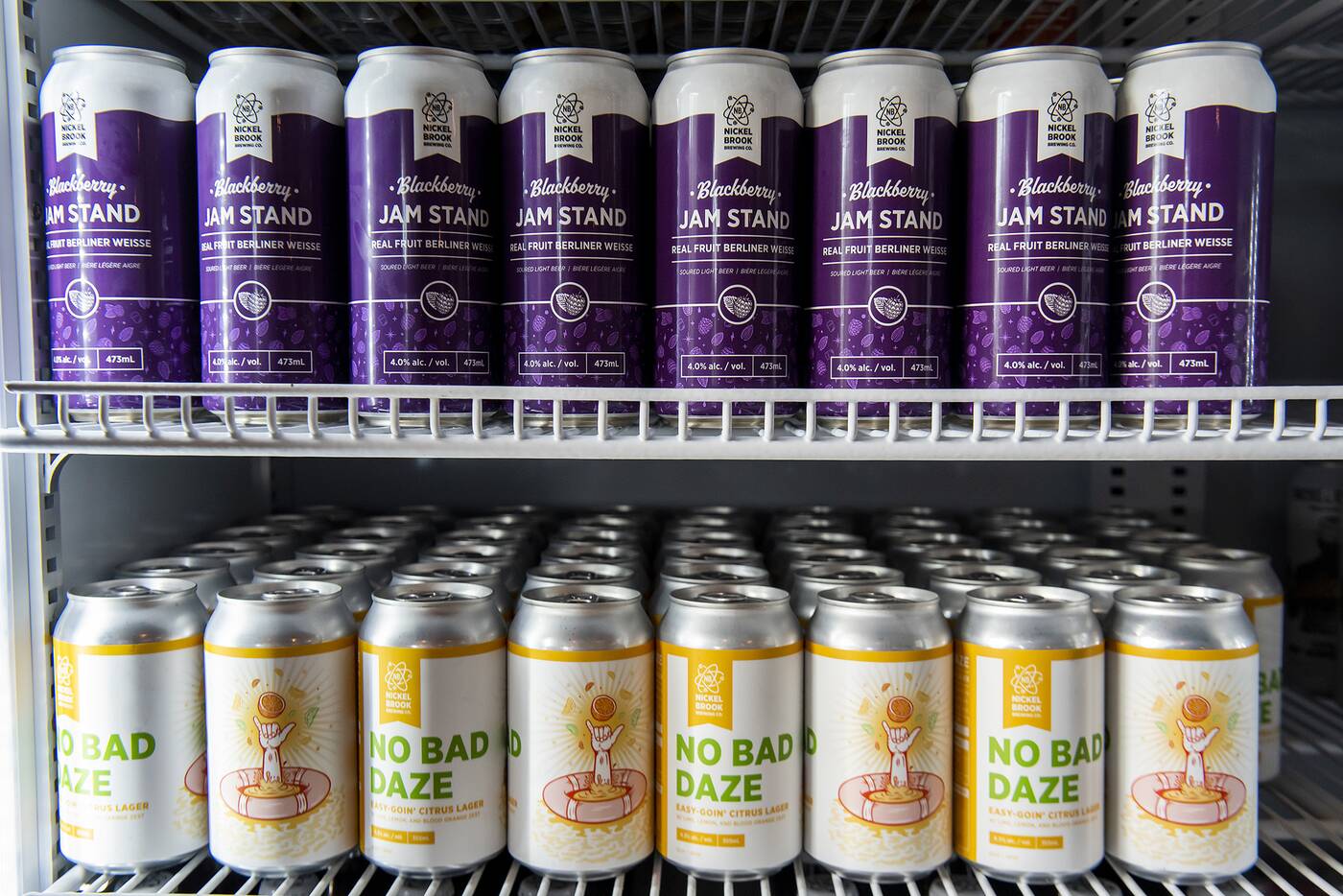 There are also plenty of sours kept cold in the beer fridge. The jam stand sour series include blackberry mint and raspberry (473ml can, ABV: 4.0 per cent), which have been made with fruits mainly from British Columbia. 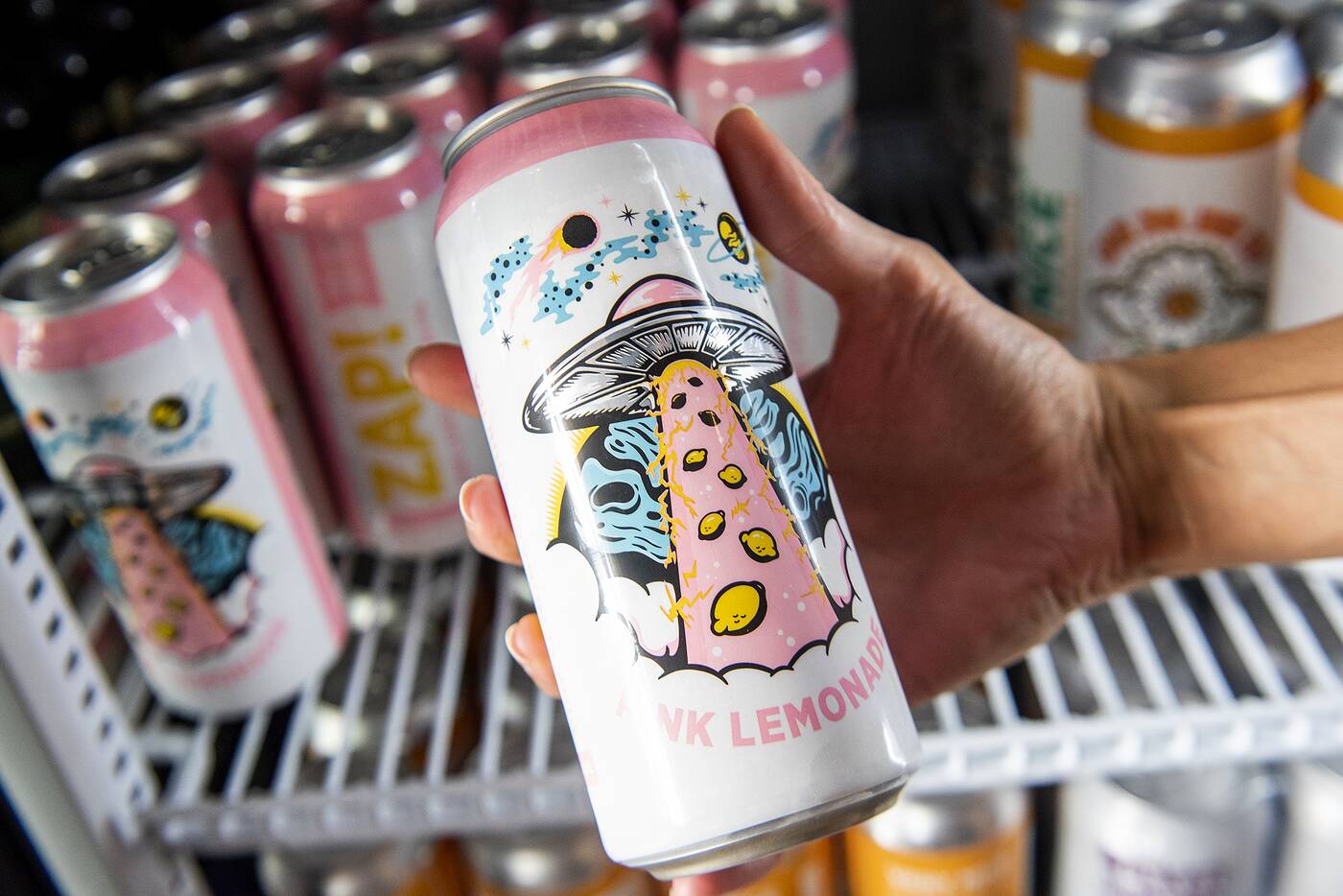 The pink lemonade version of ZAP! (473mL can, ABV: 5.6 per cent) is a sour IPA new this year. Perfect for the summer, it includes fresh lemon zest and pink guava. 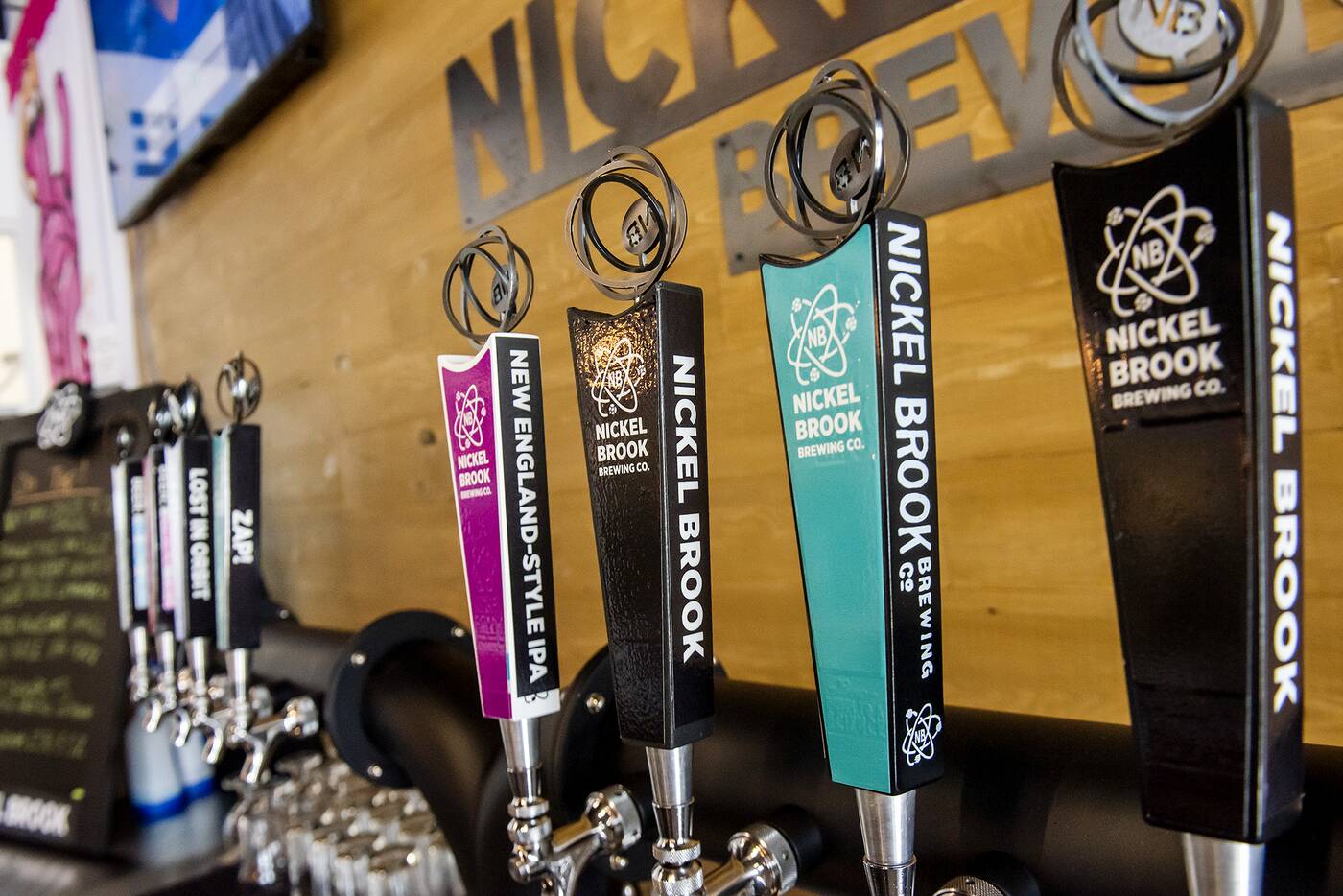 Over at the bar, eight beers are consistently kept on draft. Expect to find your classics: head stock, naughty neighbour and cause and effect, as mainstays. 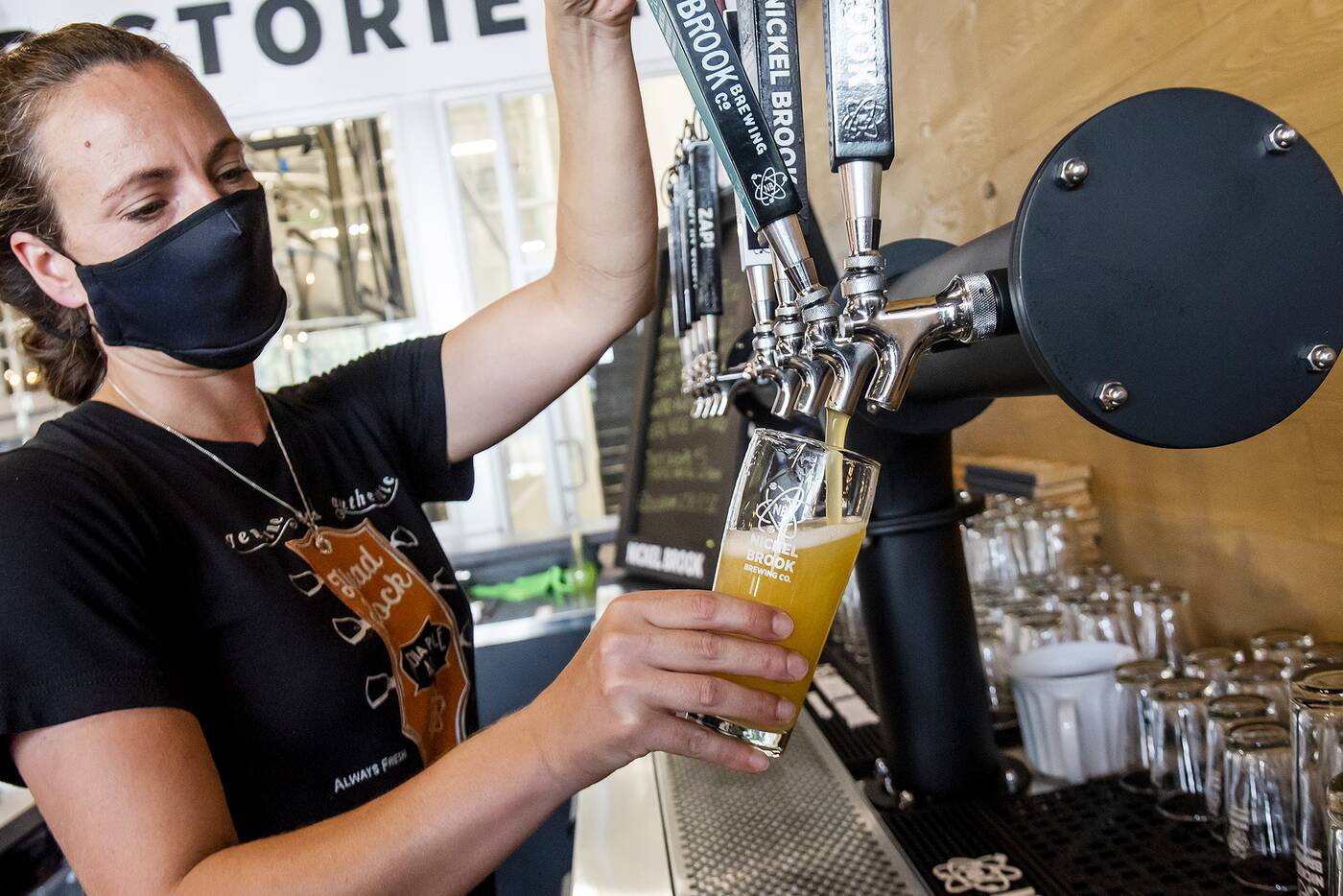 Then you have your rotating options. Juicy Scoops No. 3 (4.5 per cent) is this month's Funk Lab release. This lactose pale ale tastes of peaches and bursts of citrus making it extremely easy to slurp back. 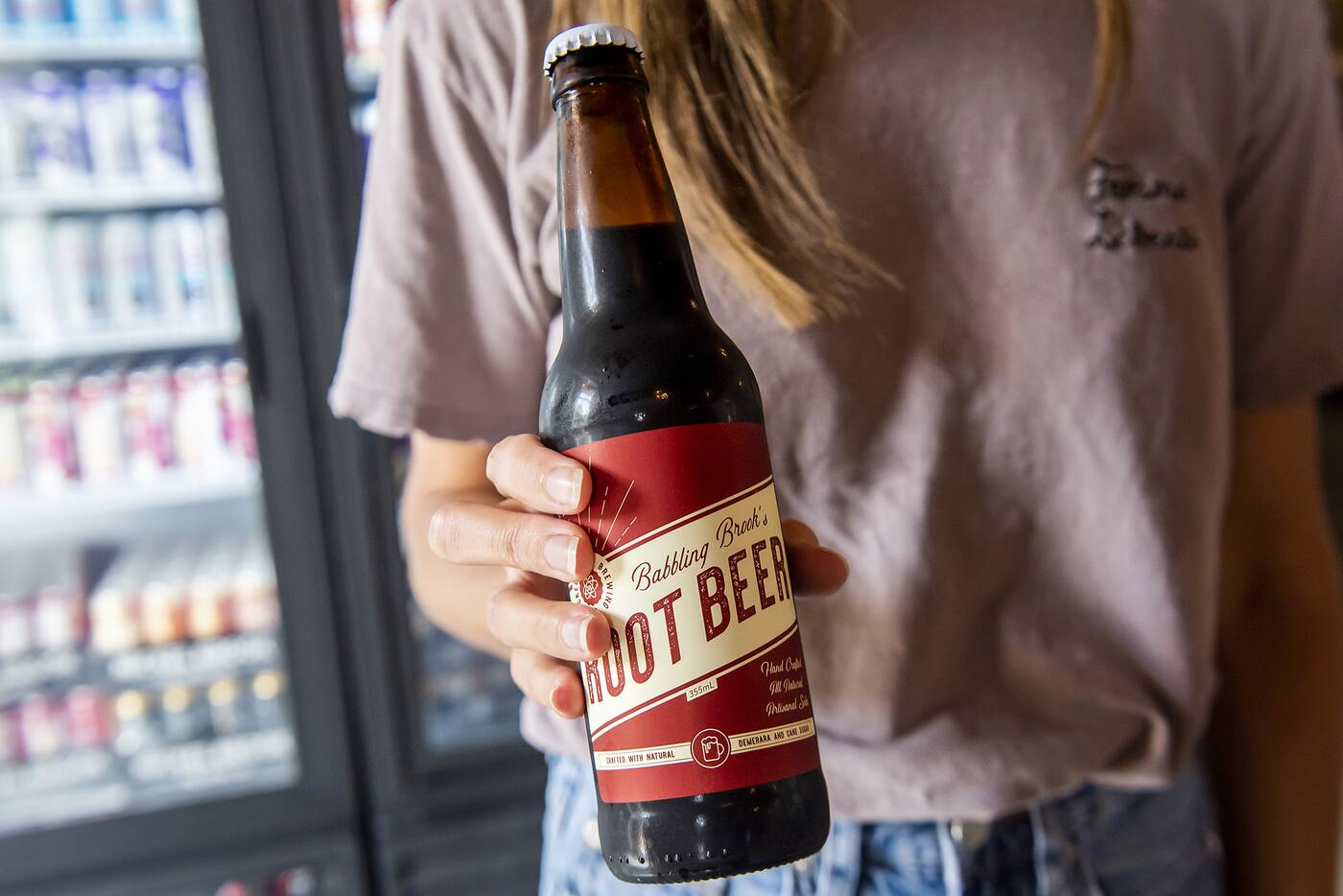 The ginger beer and root beer (six-pack: $9.60) come as favourite non-alcoholic options. Both are brewed in-house with all-natural ingredients including actual burdock, sassafras, and licorice root for the root beer. 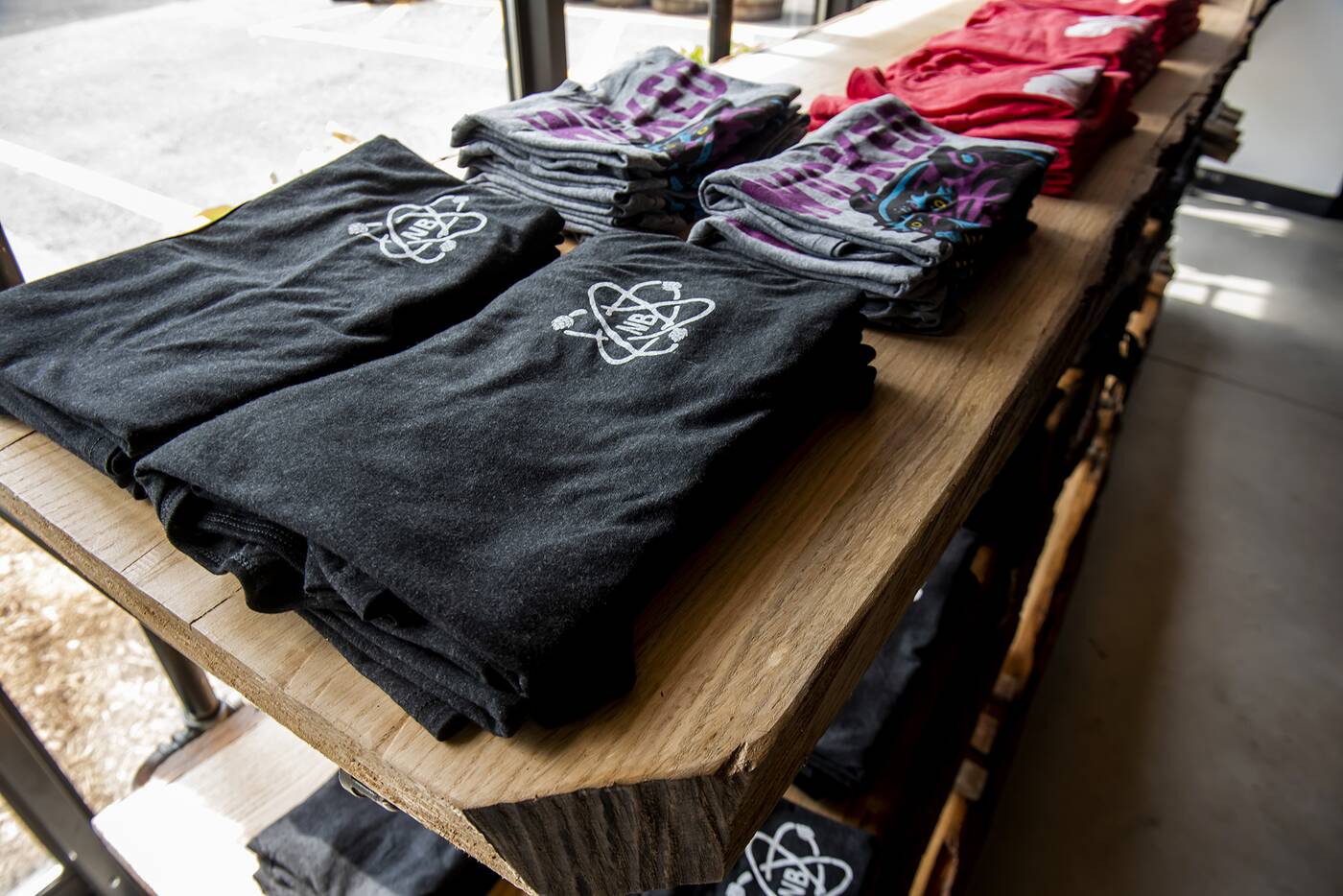 There is also some merch like Nickel Brook tees and other branded beer accessories that you can grab on your way out the door. 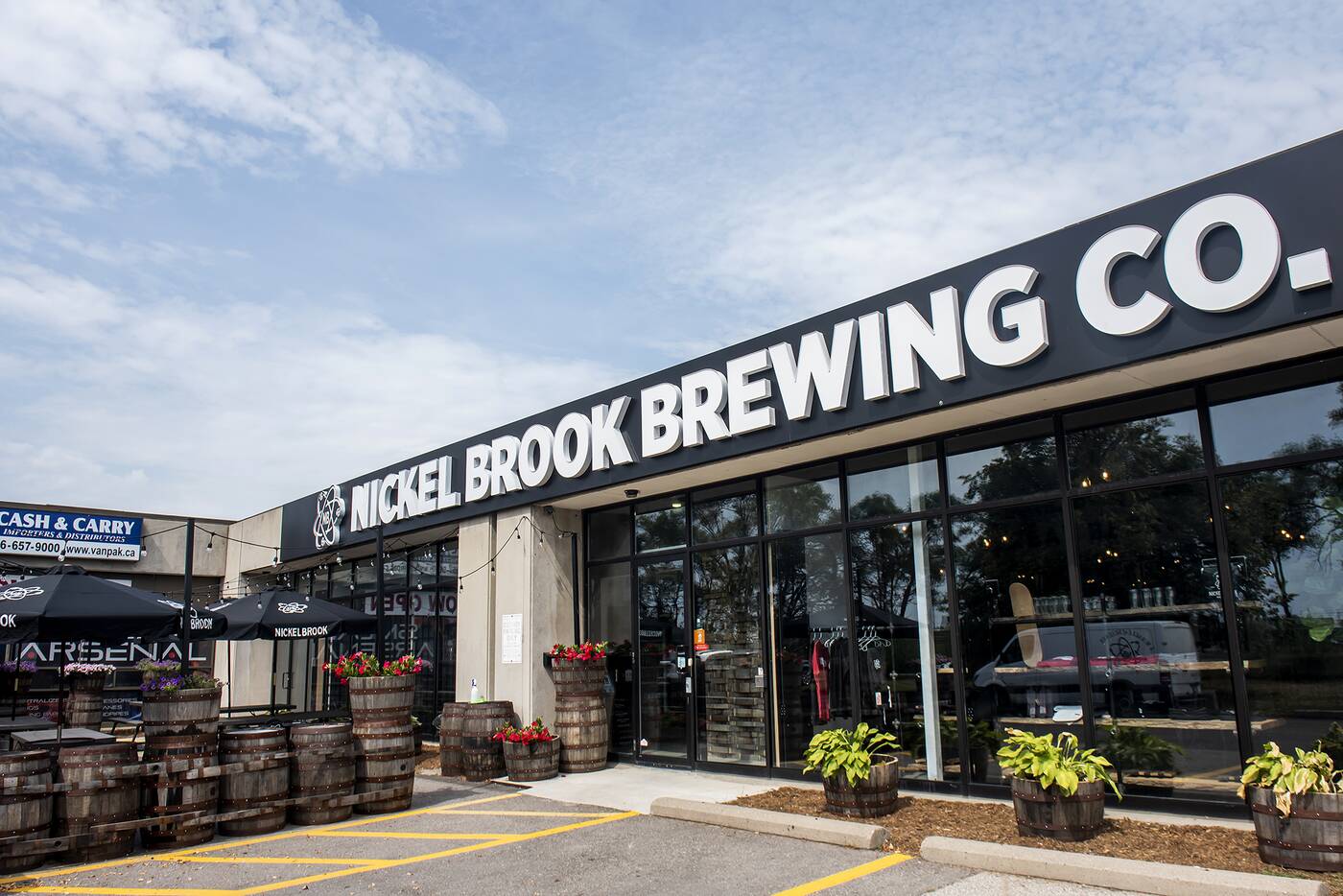