In the decade following World War II, dining in restaurants started to become more common among ordinary families in Toronto.

Responding to the need for inexpensive but decent quality food, several family-style chains of restaurants began opening in the mid-1950s and 1960s.

The restaurants appealed mostly to budget conscience customers, so to trim costs these chains offered a limited menu, the style of the food similar to what might be referred to today as "comfort food."

I remember these restaurants well as their openings coincided within the decade when I first started to explore Toronto’s restaurant scene. I had landed my first full-time job, and though earning a modest salary, was anxious to "dine out" with friends.

The Winco Steak N' Burger restaurants was one of the chains that I visited. Two of my favourites were located at 240 Bloor Street West, across from Varsity Stadium, and at 772 Yonge Street, south of Bloor Street. 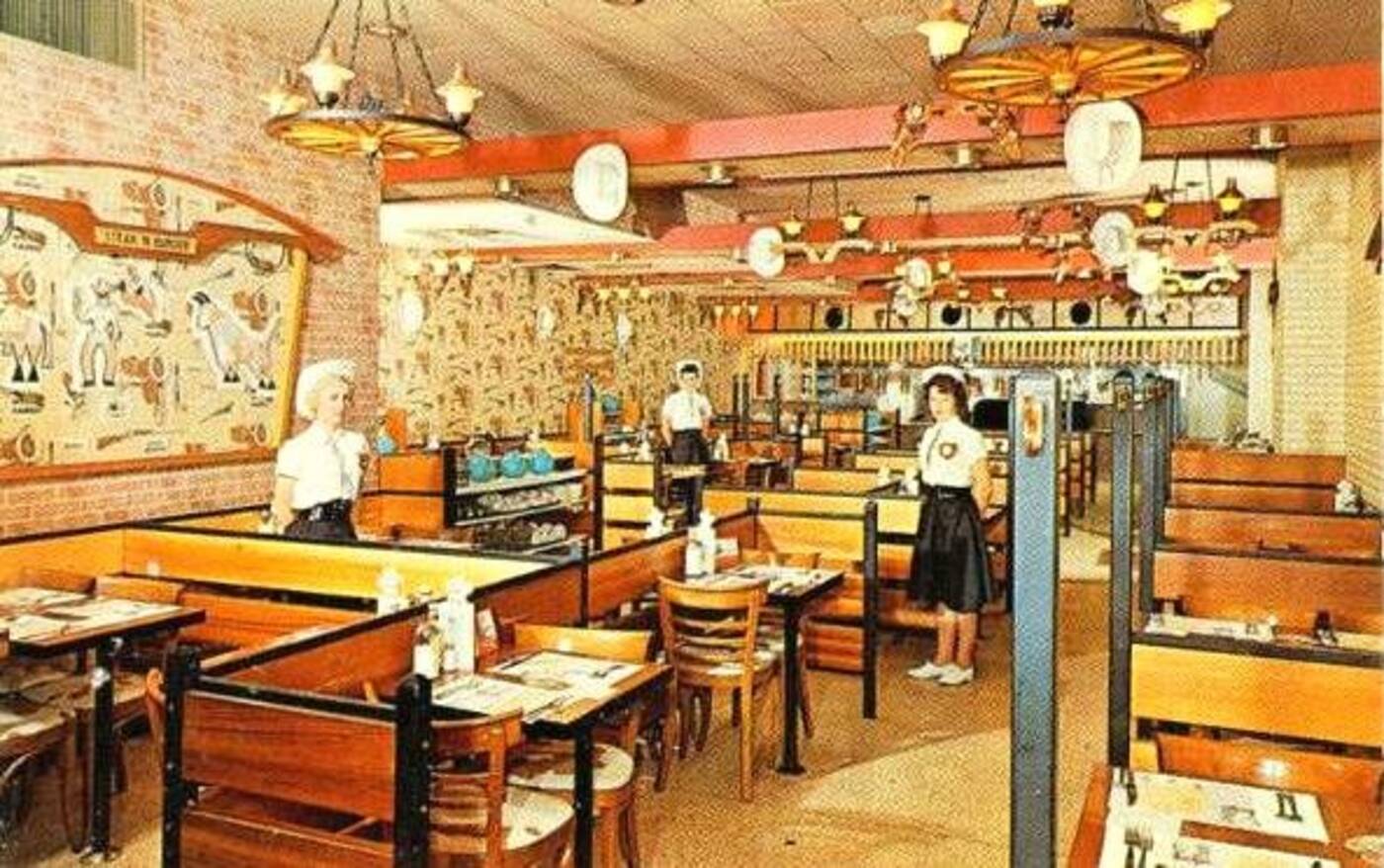 The interior of a Steak N' Burger restaurant. Photo from Chuckman postcards.

My visits to the Steak N' Burger on Yonge Street usually occurred when I attended Loew's Uptown Theatre, which was only two doors north of the theatre.

Visiting the Steak N' Burger at 240 Bloor West was when I attended the University Theatre on Bloor, between Bay and Avenue Road.

Similar to all the Steak N' Burgers, the decor of these two restaurants looked like the wild-west during the days of the cowboys. Memorabilia from the old west were displayed on the walls, and in one or two sites, the chandeliers were wagon wheels. 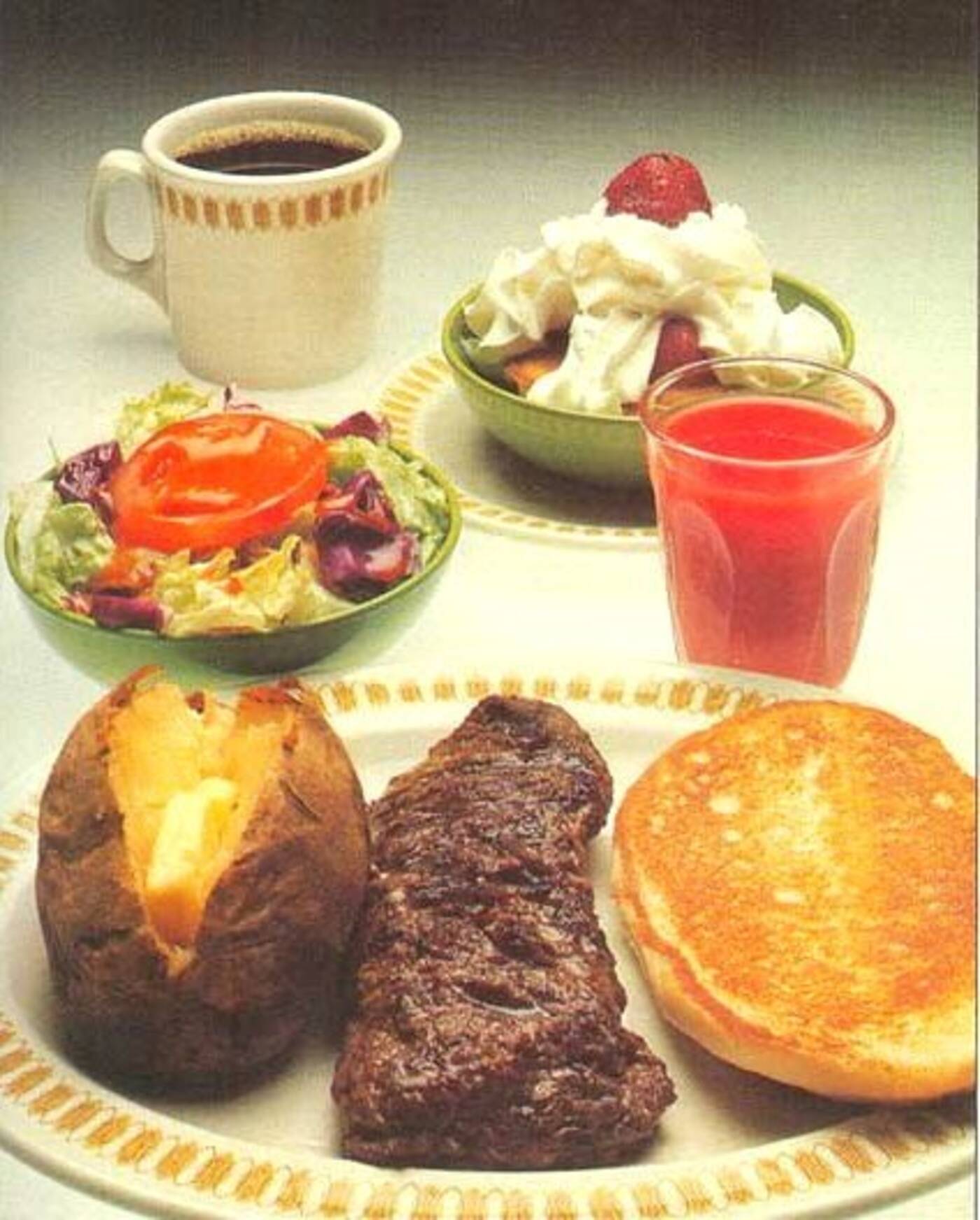 The special steak dinner at the Steak N' Burger. Photo from the Torontoist.

To augment this theme, the waitresses wore Stetson hats. The tables and chairs were not particularly comfortable, so did not encourage clientele to linger and chat. As a result, there was a relatively quick turnover of customers, as in fast food chains of the present decade.

Although the Steak N' Burgers were certainly not steak houses like those of today, the food was reasonably good and the price was right.

When the chain began, the main menu items were roast beef, hamburgers, and a small steak, the latter a cheap cut of meat, tenderized and served well-done. 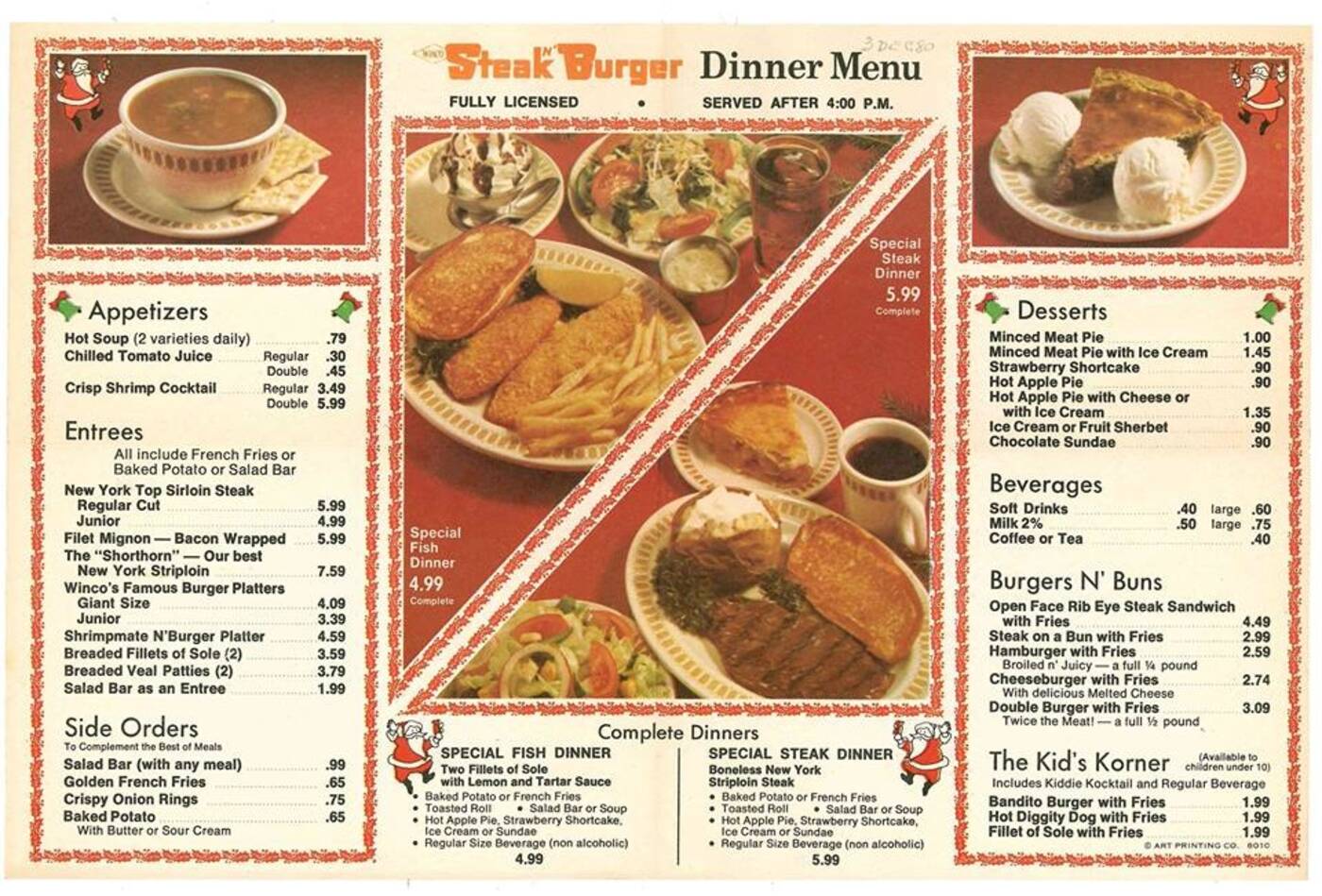 I don’t ever remember a waiter at a Steak N' Burger asking how I wanted the steak cooked. Well-done, medium, medium-rare and rare were reserved for proper steak houses, such as Barberians on Elm Street or Carmen's on Alexander Street, which both opened in 1959.

It consisted of a small glass of tomato juice and a salad, which was mainly iceberg lettuce with a slice of tomato and a few pieces of red cabbage. Coffee was also included.

The steak was accompanied by a baked potato with generous amounts of butter, and a bread roll sliced in half and toasted. Dessert was strawberry shortcake.

Steak N' Burger was managed by Cara Operations Limited (now Recipe), a Toronto-based food company that owned a 50 percent share in the Keg N' Cleaver, since renamed "The Keg."

In 1977, Harvey's Hamburger and Swiss Chalet were merged into a single company named Foodcorp, which was sold to Cara Operations Ltd. 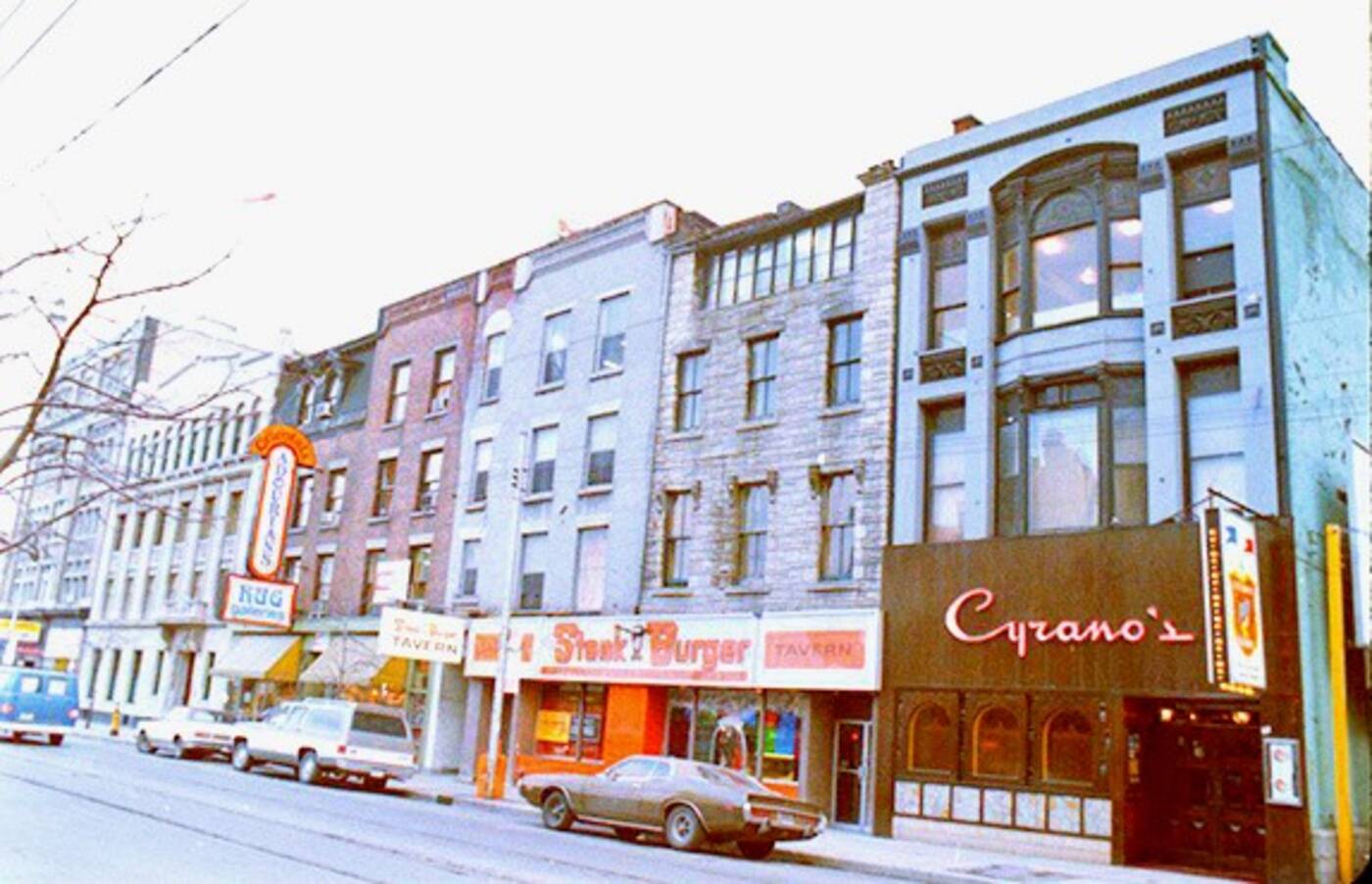 Doug Taylor was a teacher, historian, author and artist who wrote extensively about Toronto history on tayloronhistory.com. This article first appeared on his site on November 19, 2017 and has been republished here with the permission of his estate. The article has been modified slightly.