Barberian's is one of Toronto's premier steak houses , expensive and luxurious without wanting to be pigeonholed. This place is as much a favourite of local laymen out to treat themselves as it is the spot to hit for visiting celebs or the city's top athletes. Open late 364 days a year, it's also a favourite of the industry crowd (apparently one of Matty Matheson 's go-to's).

The restaurant has been owned by the Barberians family since 1959, currently under the leadership of son Arron, though mom Helen still knows best and sometimes checks in. Some employees at Barberian's have served here for twenty-five years. 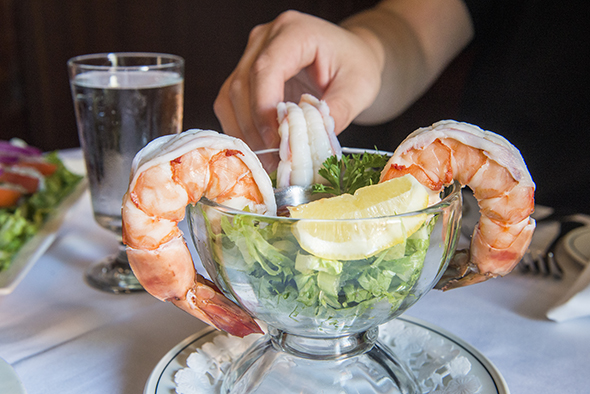 The greatest hits on the menu at Barberian's don't mess around, giving you large portions for what you're spending. Their jumbo shrimp cocktail (a whopping $29.95) is anything but shrimpy, three giant prawns served with homemade cocktail sauce. 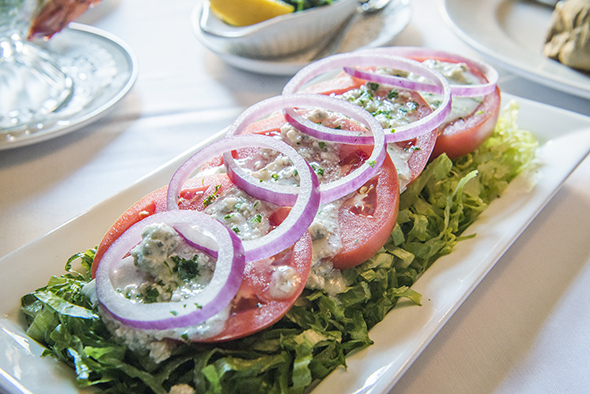 The tomato and onion salad ($10.75) is a big, beefy basic, a bed of lettuce with red onion, blue cheese, parsley, and huge slices of tomato. The tomatoes ripen downstairs until they're perfect for the salad.

About fifty percent of guests order the famous rib steak. It comes in a 16 ounce ($55.75) or 24 ounce ($67.25) portion, and it's served with a classic baked potato topped with a mix of sour cream and feta, homemade bacon bits, and fresh chopped chives. 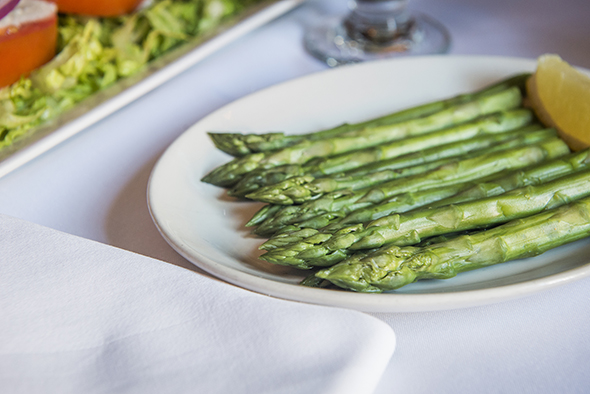 A rotating menu of sides accompany the red-meat-based mains, such as asparagus and sauteed spinach, though they've also served corn pudding or shishito peppers. Sides typically run around $8.25 or so. 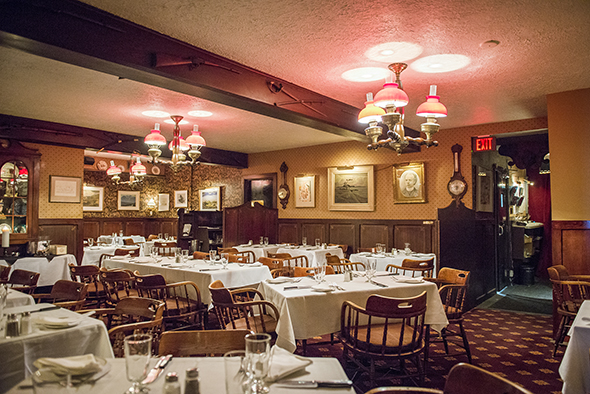 The fifty-plus years of ownership show in this fabulously historical space that history buffs are sure to get a kick out of as much as food lovers. 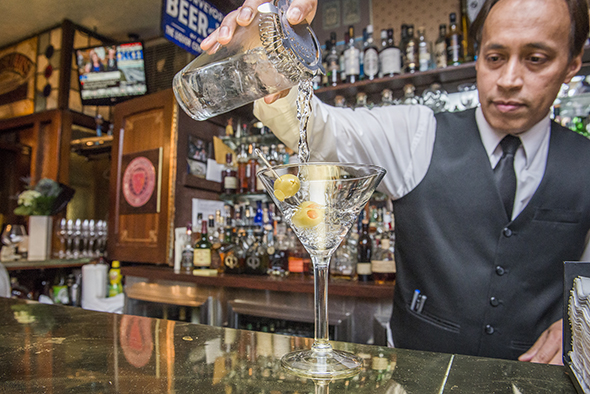 Countless antiques from the family collection cover the walls, and rare original paintings and photographs by the likes of the Group of Seven adding to a feeling of awe and exclusivity. The four-seat bar is packed with such eye candy. 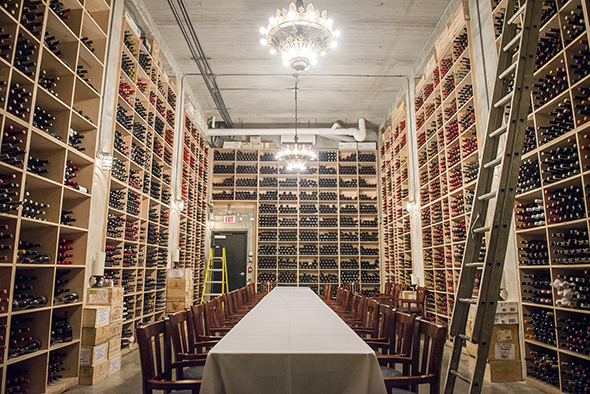 No one else in Toronto has a wine cellar like theirs, and it's booked every single night. 1800 wines are managed by on-staff sommeliers in one of the largest cellars in the country. The upper private area here seats fourteen, whereas the lower area seats thirty. 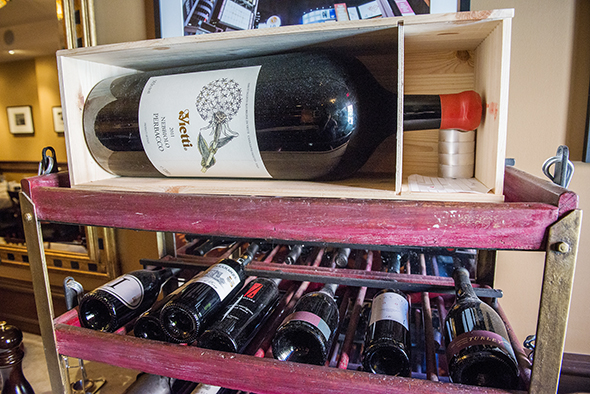 If you're completely unfamiliar with the finer things but still want a splurge night out, the great thing about the wine here is it's guaranteed to be good and the staff can easily recommend an accompaniment to your meal. 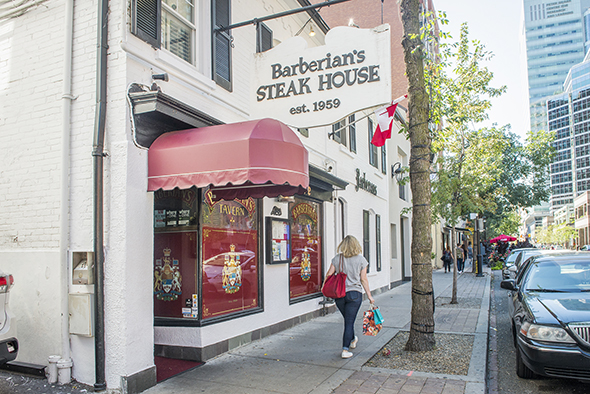