Italian bakeries in Toronto are all over the city. It seems like a neighbourhood isn't complete without a family-run spot for fresh-baked bread, canmoli, zeppole, panini and obligatory espressos.

Here are some Italian bakeries in Toronto you need to visit at least once.

The Bozzo's beloved patiarch has passed, but Natale Bozzo's legacy is alive at this 52-year Royal York hub. Parts bakery, gelato shop, and hot table, there's a lot to choose from, so start with the super sweet donuts and go from there.

Terroni’s bakery offshoot, which launched in 2013, now has two locations to visit. Head to Queen Street or to the Yonge store for beautiful interiors and racks of Pane Pugliese and lunchtime eats like prosciutto or salami sandwiches.

Tre Mari has been baking up bread and other Italian treats in Corso Italia for more than 60 years. They’re known for catering and cakes — pick from 20 flavours including traditional Sfoglia, Italian rum, and nicciola.

This family-run business on La Rose Ave. has a dizzying selection of pastries, deli meats, and hot table eats. Plus everything is affordable, hence why items like the ciabatta are usually sold out by mid-afternoon. 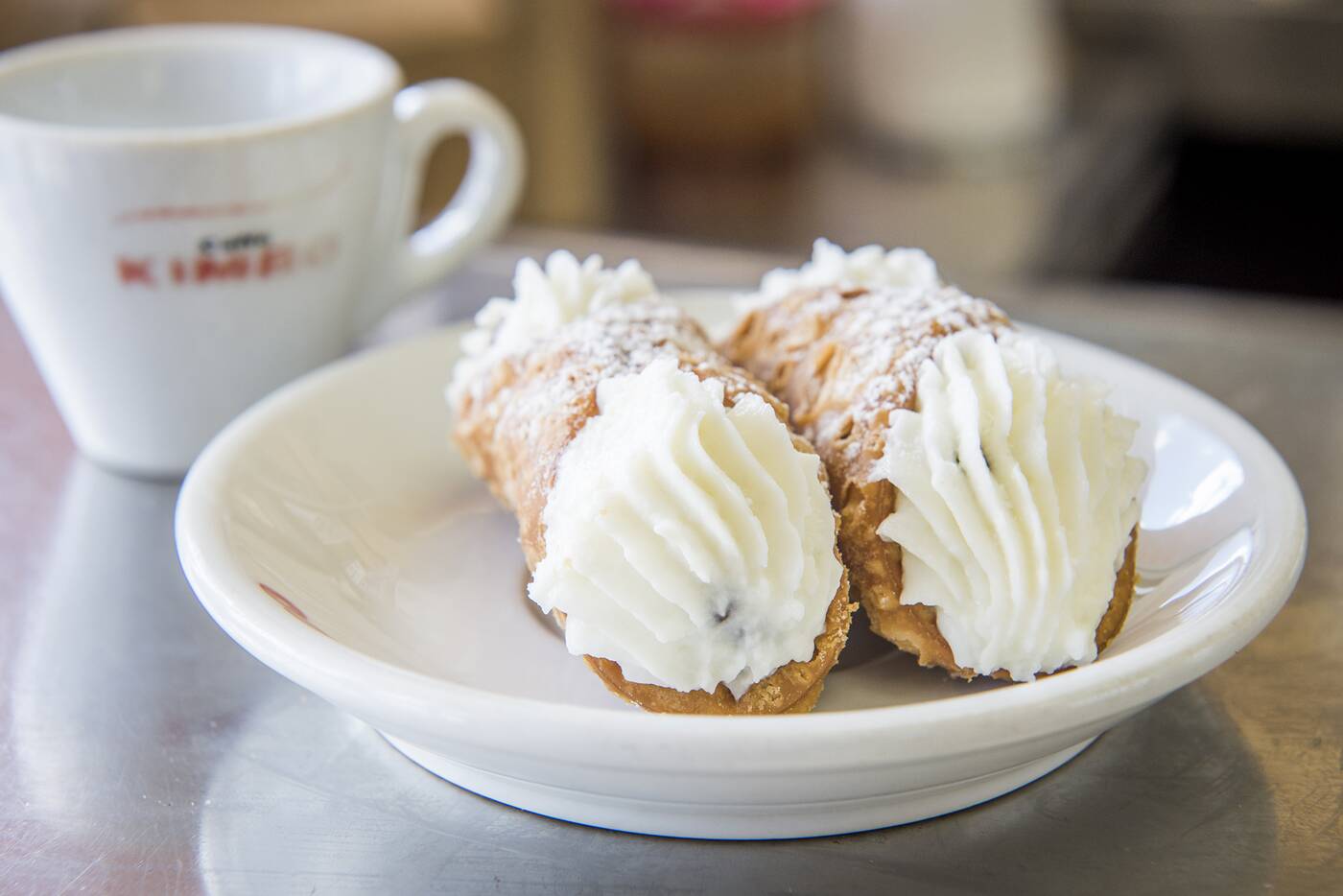 The cannoli are a must-order at La Rose Bakery. Photo by Hector Vasquez.

This old school shop that takes its name after its address on Rustic Road is no-frills. Rustic opened in 1986 and slowly expanded to the units next door, fulfilling the neighbourhood’s cravings for cannoli and Calabrese bread.

What owner Angelo Battaglia started as a five-employee business in 1994 has grown into a retail spot spanning over 3,500 square feet in Scarborough. Battaglia learned how to make bread in his dad's bakery in Sicily, and has since passed those secrets to his sons Francesco and Fabio.

Hit Scarlett Road for this neighbourhood institution loved for its cannoli, which the late owner Salvatore Mucio, a.k.a. Sal Sr., allegedly travelled back and forth to Sicily to perfect the recipe for. The zeppole are also legendary.

There are over 120 sweet and savoury items on display at this Dufferin Street bakery. Francesco Lefano, who was born in Gaeta, opened Amico just a few years ago, but the store’s tiramisu is already legendary. Cakes are available in six different flavours. 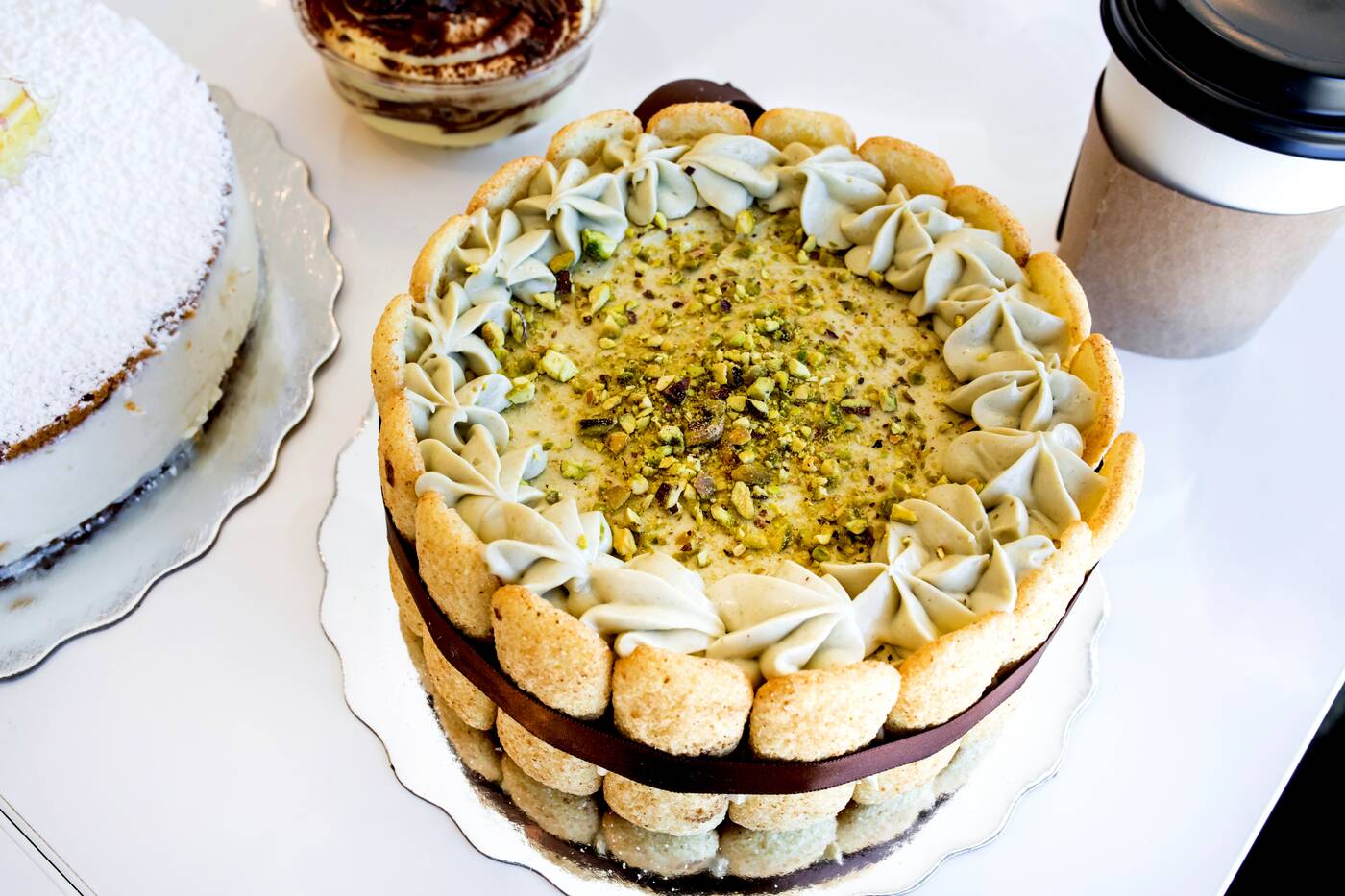 Amico Bakery on Dufferin Street is known for its tiramisu. Photo by Fareen Karim.

From the outside, this Danforth East gem doesn’t stand out much. But head inside and the treats await. Lucy Loizzo and her husband opened the shop in 1973 and have pretty much kept the recipes for their bread, cannoli, and focaccia the same.

There are now multiple locations of Nino D’Aversa across the GTA, but the original is on Toro Road, where they’ve been baking up goods since 1969. The brand has everything from fresh artisanal bread to Sfogliatelle cannoli, the ultimate mashup.

Thin crust pizza, made fresh to order, differs depending on which location of Calabria you go to. Scarborough’s old-fashioned wood-fired oven gets a smokier flavour, while Markham’s stone bottom oven delivers on the crispy crust. The pastries are on a whole other level.

This Italian bakery has multiple locations in Toronto including ones dedicated to biscotti and focaccia. But head to the ones on King West and West Queen West to sample the full range of their offerings.