Rustic Bakery is one of those places that has managed to slowly absorb the spaces around it. Like a taralli-filled version of The Blob, the Italian bake shop and grocery store expanded east after its inception in 1986, taking over a hair salon and turning it into an espresso bar. Then it moved north, seizing some apartment units and and old adjacent garage. That's where the shop's hot table sits, along with its racks of freshly baked bread. 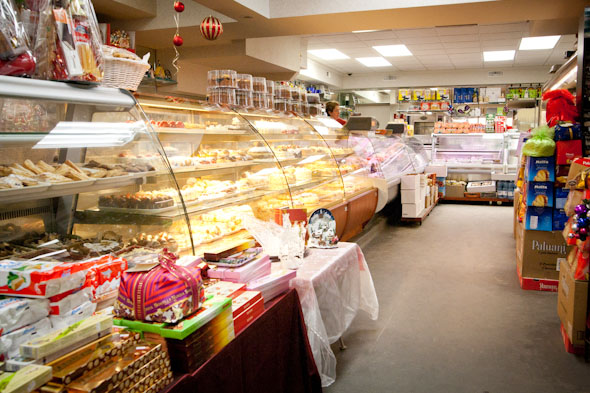 Rustic's humble, smaller square-foot past isn't evident from walking in the door now. The space is expansive with each section occupied, including a couple chatting away over a pair of espresso in the dining section and many more perusing the aisles. Like many venerable Italian bakeries in Toronto, Rustic's reputation for incredible cannoli preceded it, but I was surprised to find many non-bakery, non-Italian items in store. 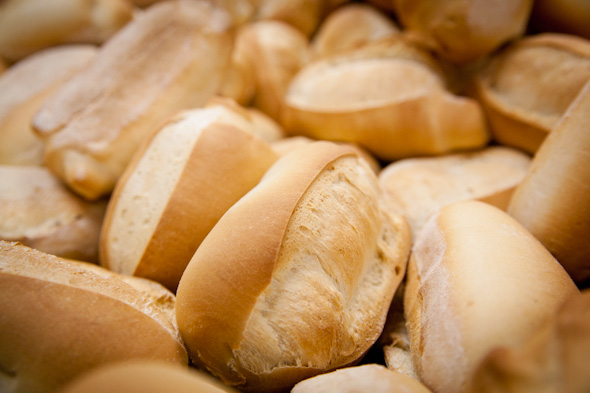 Don't get me wrong, there were plenty of aisles of imported oils, chocolates, dried pasta, and drinks (including bottles of Valfrutta juices, a favourite I recall from my time in Italy), but there was also lots of standard supermarket fare including Cheetos in various sizes and incarnations. 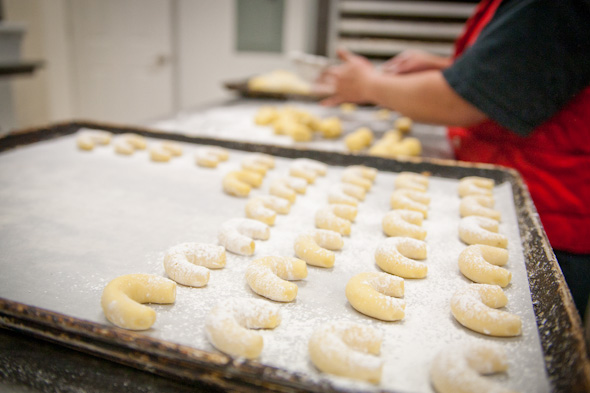 Nestled in a highly residential area on Rustic Road near Lawrence and Keele, thus I get the impression that this shop is as much a place for a quick grocery run as it is a destination for authentic veal sandwiches and fresh ciabatta. 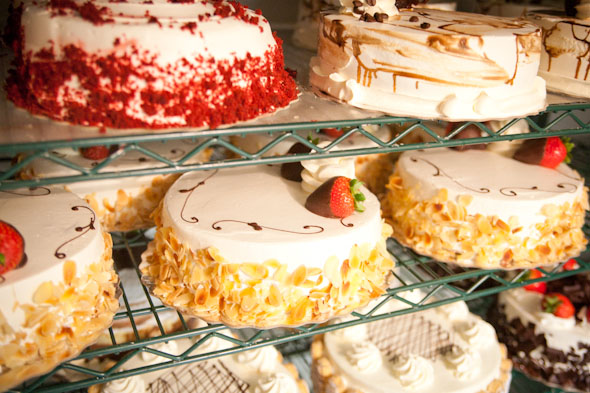 I chat briefly with owner Mirella at the central register, who tells me the business is wholly family-operated. She says she and her husband were looking to run their own place back in the '80s, and saw the potential in this plaza space. Now, their son has joined the family biz, preparing his own roasted vegetable-infused bread, which Mirella says (with "proud mama" emphasis) is a customer hit. 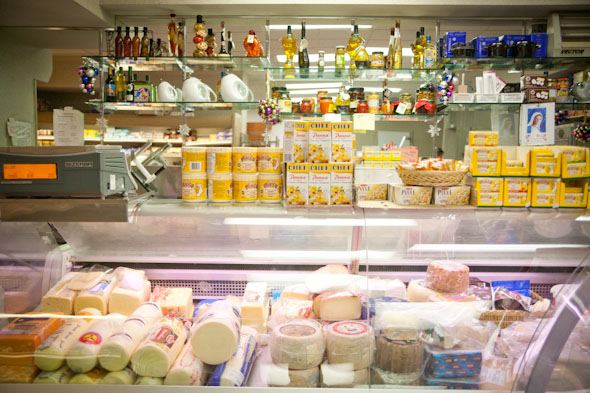 I'm interested in addressing the cannoli rumours, so I head over to the pastry counter where I find it nestled among cheesecake and tiramisu. There I actually find four different varieties; Sicilian, custard-filled, chocolate custard, and a new Rustic creation which is a Sicilian shell dipped in chocolate, filled with custard, and topped with strawberries and whipped cream (all are $1.25). While the chocolate-dipped looks glossy and enticing, I suspect it too sweet for my current craving and stick with the traditional ricotta cannolo. 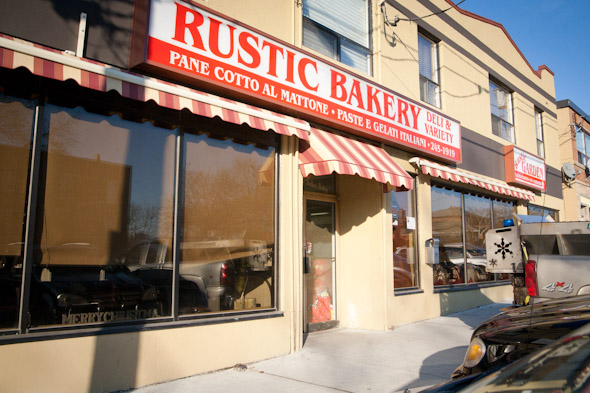 After a few bites, I determine this cannolo is probably among the best I've had in Toronto. The shell, though probably smaller than average in length, is of substantial thickness, crunchy, and sweet with a hint of cinnamon. The filling is so smooth it's akin to custard in consistency, while fresh and light, and sprinkled with chocolate chips. With cannoli like these, it's no wonder Rustic is slowly taking over the block.