Francesca Italian Bakery is one of those places that could probably thrive off its cannoli alone. Legends of the sweet Sicilian-style treat are carried far beyond its Invergordon and McCowan Road origin, enticing all who love ricotta to travel to the shop for one of its best-reputed indulgences. 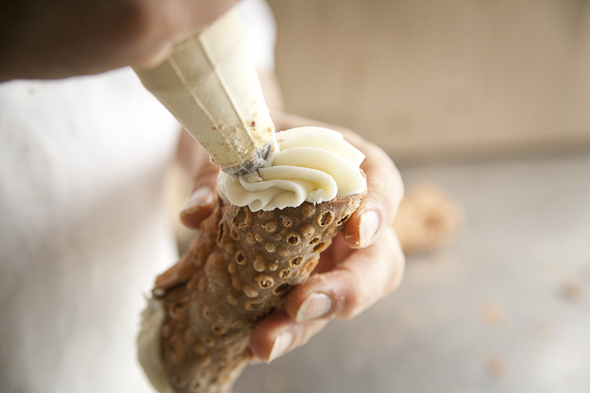 And indeed, I made the trek--LRT and all--and the cannoli ($2.35) did not disappoint. The shell was solid, crunchy and delicious, housing a generous amount of the sweet ricotta filling. Owner Angelo Battaglia prepares the cannoli himself, using the tricks of the trade her learned from his father growing up in Sicily. 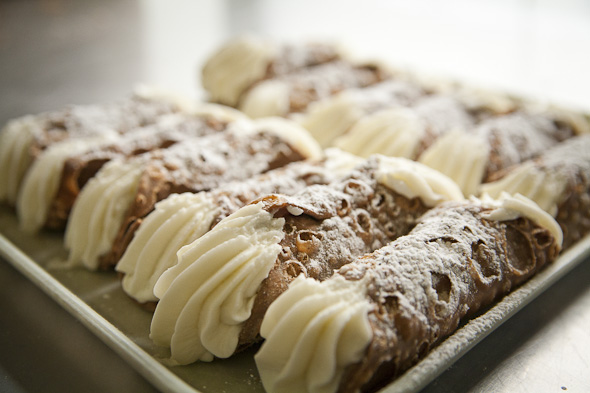 "My father was a baker," he tells me in a thick Italian accent. "He mostly did bread, but I, you know--I was in the bakery since I was 10 years old. I grew up with flour." 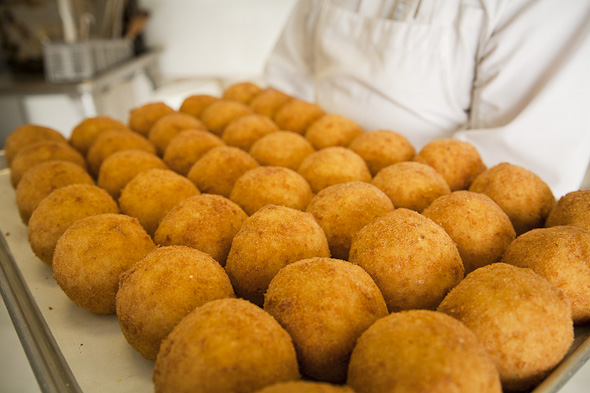 Angelo took over this Scarborough bakery from its previous owner in 1994. From there he did a total overhaul--expanding the pastry selection, breads, and deli--and named the revamped shop after his wife, Francesca.

"That way," he says smiling, "I can never forget her name." 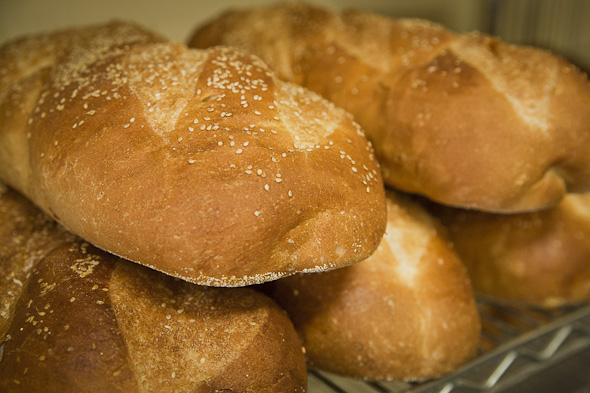 Francesca Italian Bakery boasts a spread beyond just its well-reputed cannoli. There are dozens of different types of cookies, priced collectively at $20/kg. The pastry selection includes everything from mini cheesecakes ($2.00) to Sicilian Cassata ($3.75) and chocolate mousse ($3.75), and the deli selection offers an assortment of meats and cheeses. Beyond the sweet there's a wall of bread, plus a hot table with dishes such as eggplant parmesan and veal on a bun, also available for catering. As if that wasn't enough, Francesca bakery also makes its own gelato (though the offerings are dwindling, and will halt when winter is in full swing) in flavours such as tiramisu, lemon, and peanut butter and jelly. 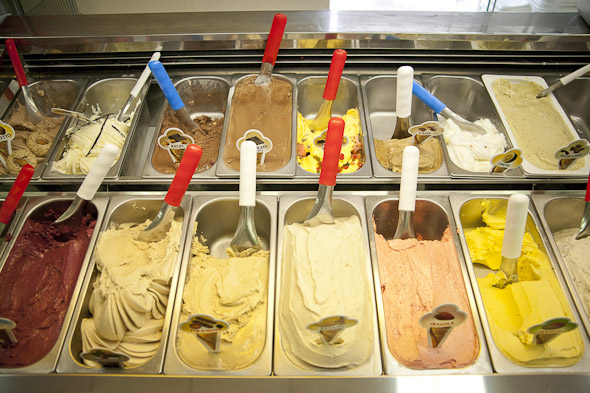 For all of its delicious offerings, Francesca Bakery isn't much to look at. But perhaps that's part of the charm. When I first walk in I head over to explore the seating area, which is stocked anonymous table arrangements and a couple of framed pictures of the Pope. Classic, uninspired, comfortable. But then Angelo tells me it's all going to change. 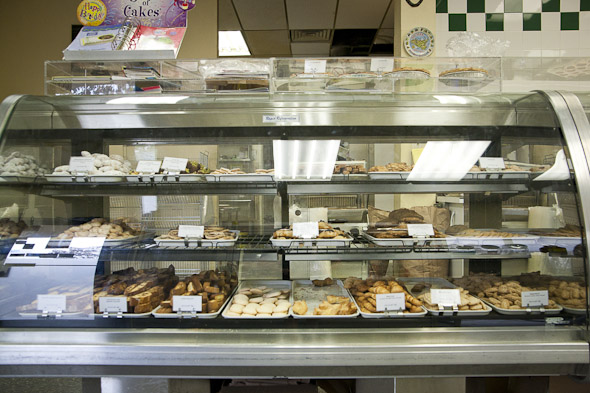 "We're going to put the door here," he says pointing to wall by the gelato counter. "The bread behind that," he says, spinning around. "And the seating's going to look nicer." Angelo details the rest of his planned renovation, which, if all goes to plan, should be finished by Christmas. And fear not, cannoli fans; Francesca will be open all throughout its renovation. 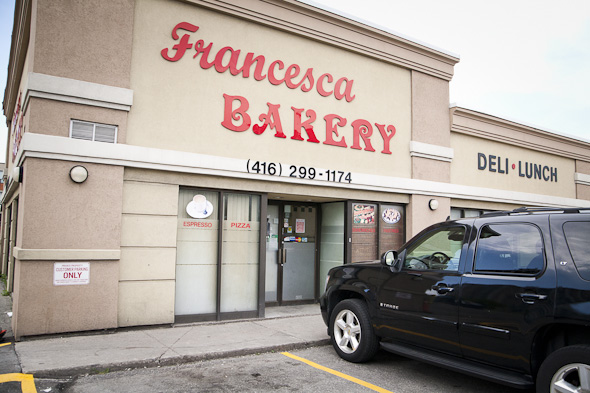