North Pole Bakery — like most of Toronto's shrouded gems — doesn't look like much. It sits on a stretch of the Danforth that has more than its share of vacant retail units, where the shell of the former Allenby cinema now pitifully houses a Tim Hortons and On the Run. 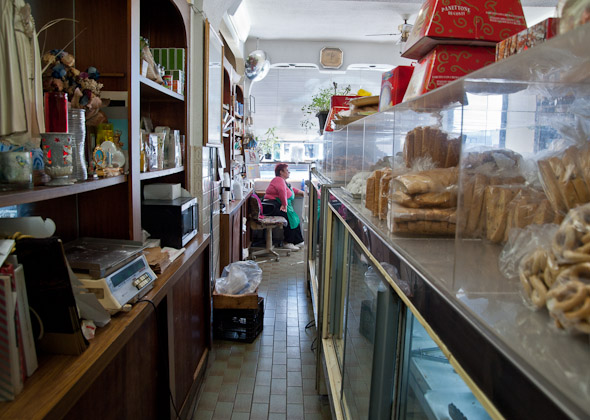 The bakery itself is simple at best, with a hot table in the window, a crucifix over the front entrance, and a counter of cookies, cakes, and a Faema espresso machine. There is no seating and little in the way of aesthetic adornment, but those who know Lucy Loizzo's cooking know that it needs anything but adornment. 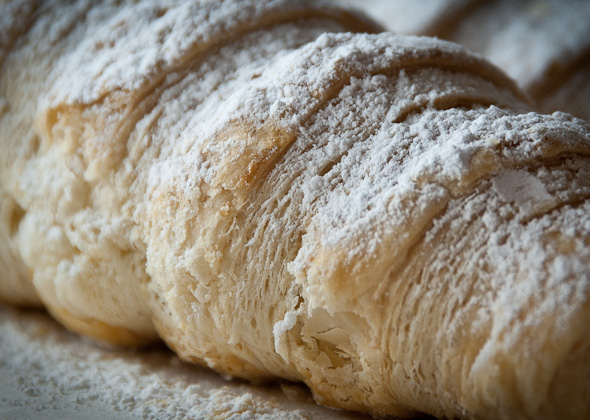 I meet Lucy as she works on a crossword puzzle while keeping post by the hot table one afternoon. As we make our introductions I'm quickly able to see that Lucy herself is part of what gives North Pole its appeal; she has that nurturing "nonna" vibe and becomes animated when she starts talking about her foods. 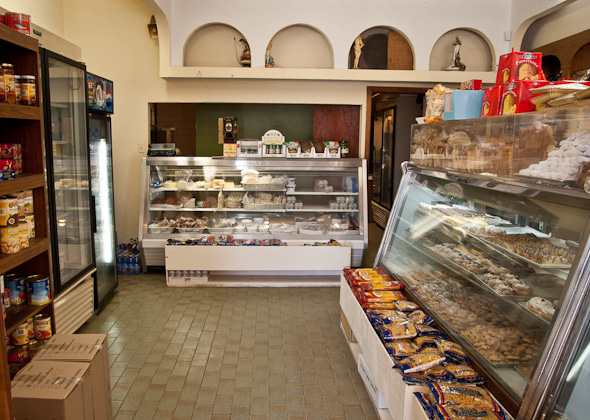 "I did catering for a long time," she says. "But then my husband and I, we wanted to buy a place." So they took over a business called North Pole and decided to keep the name, but expanded the selection from just bread to include pasta and other hot options, as well as cookies, pastries, and a small selection of grocery items. That was back in 1973, and since then the Loizzos have kept the recipe pretty much the same. 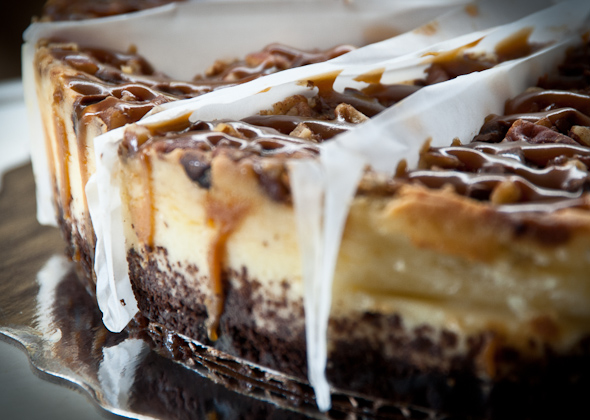 Most everything at North Pole comes from traditional family recipes — that is, the bread, the lasagna, the veal, the focaccia — and the winner among the lot is clear.

"The cannoli," Lucy says. "People say it's some of the best in Toronto." 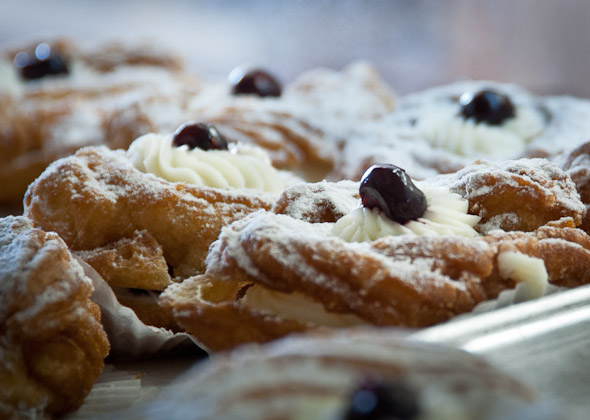 Part of the secret behind North Pole's Sicilian cannoli is that the filling isn't piped in until the order is filled. Most bakeries leave their cannoli behind the counter to encourage sales, but I suppose North Pole's versions ($2/ea) are so well known that they can forgo the front-of-house spot in favour of the perfect taste and texture. 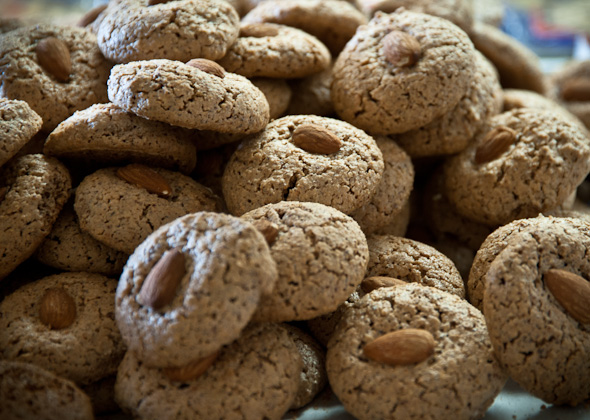 Lucy ducks into the back bakery area to fetch me one for the road, and returns with a caramel-coloured shell filled to the brim with a fresh ricotta mixture. The shell, indeed, has maintained a perfect crispiness, and the filling — though slightly sweeter than I had anticipated — tastes of light, creamy ricotta. It may not be a chic Italian bakery, but they sure make a good cannoli. 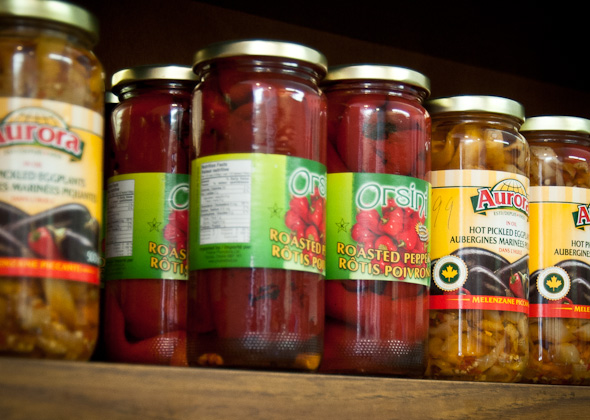 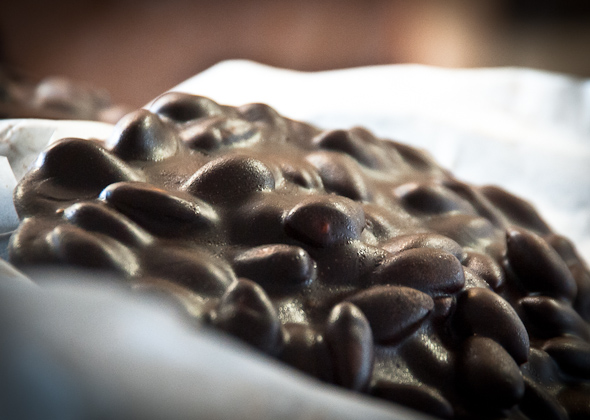 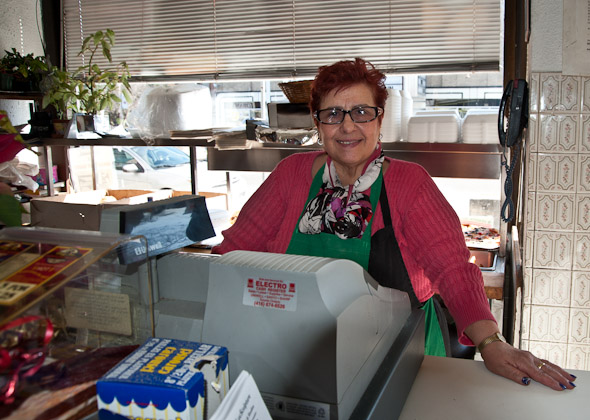 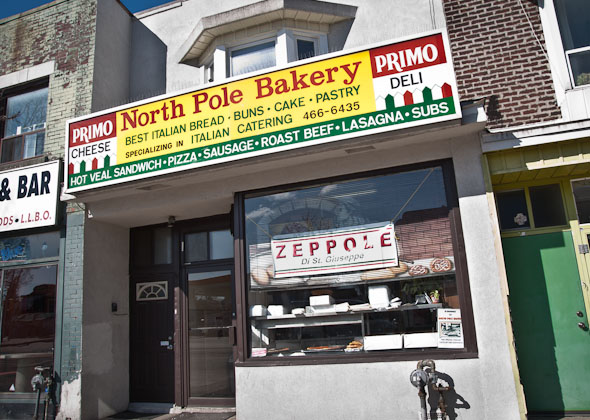