This is what Toronto's massive Christmas-themed patio looks like

The pandemic edition of this festive extravaganza has taken over a portion of Stackt Market with its top-to-bottom collection of twinkle lights and Christmas trees. 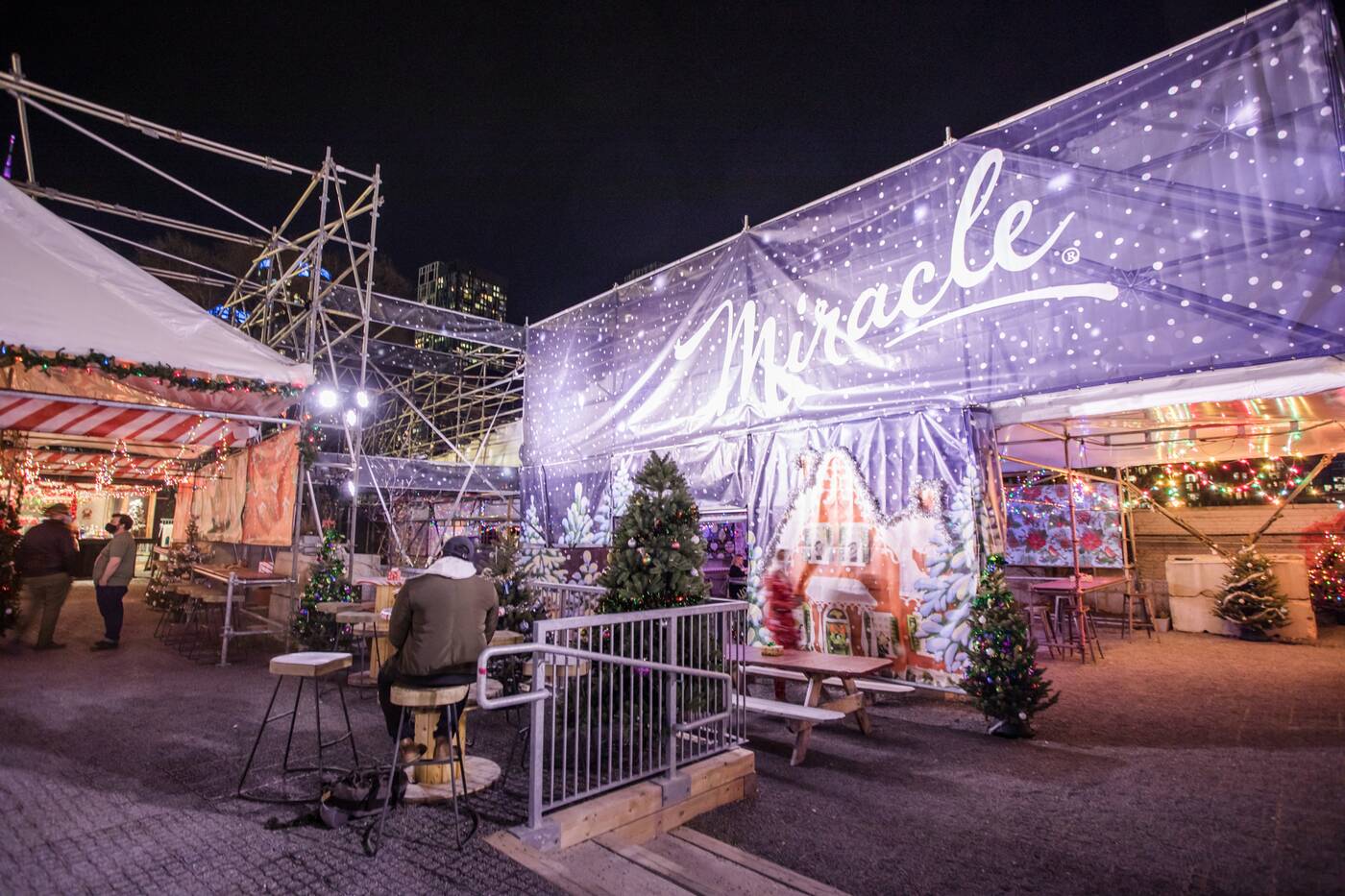 This year's version of the local Miracle franchise — which is run by Lauren McKenna and Civil Liberties owner Nick Kennedy — is a lot different than its past iterations. 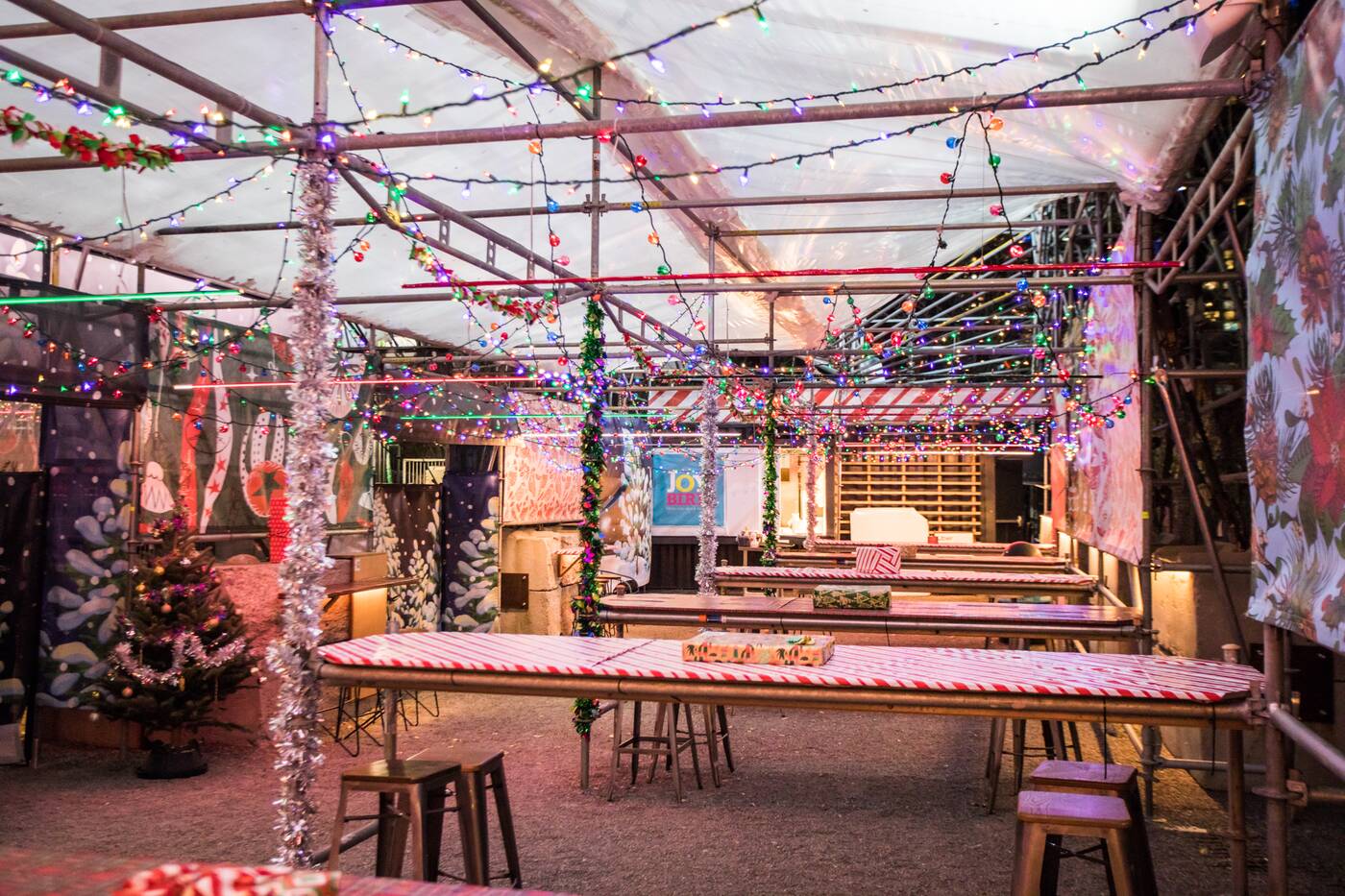 The twerking Santa is gone (he threw out his back last year) and social distancing rules are in effect.

The entire format of the pop-up has been changed up, from the waterproof, breathable vinyl coverings for extra ventilation down to the way you order your drinks. 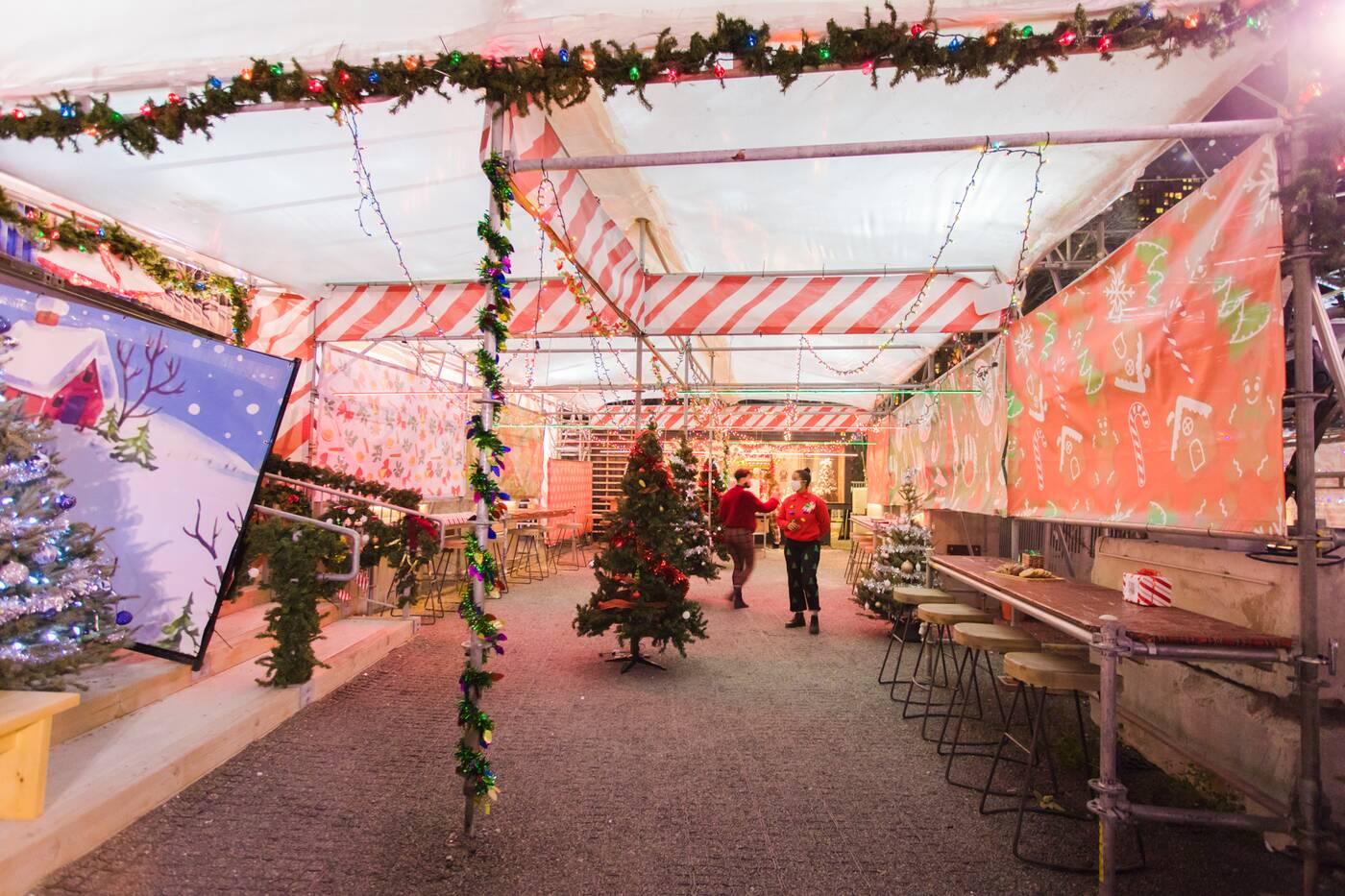 QR codes set up around Stackt allow visitors to conveniently put themselves on the digital waitlist. The waitlist allows guests see live wait times, all without needing to crowd the entrance area. It's a first-come, first-served basis. 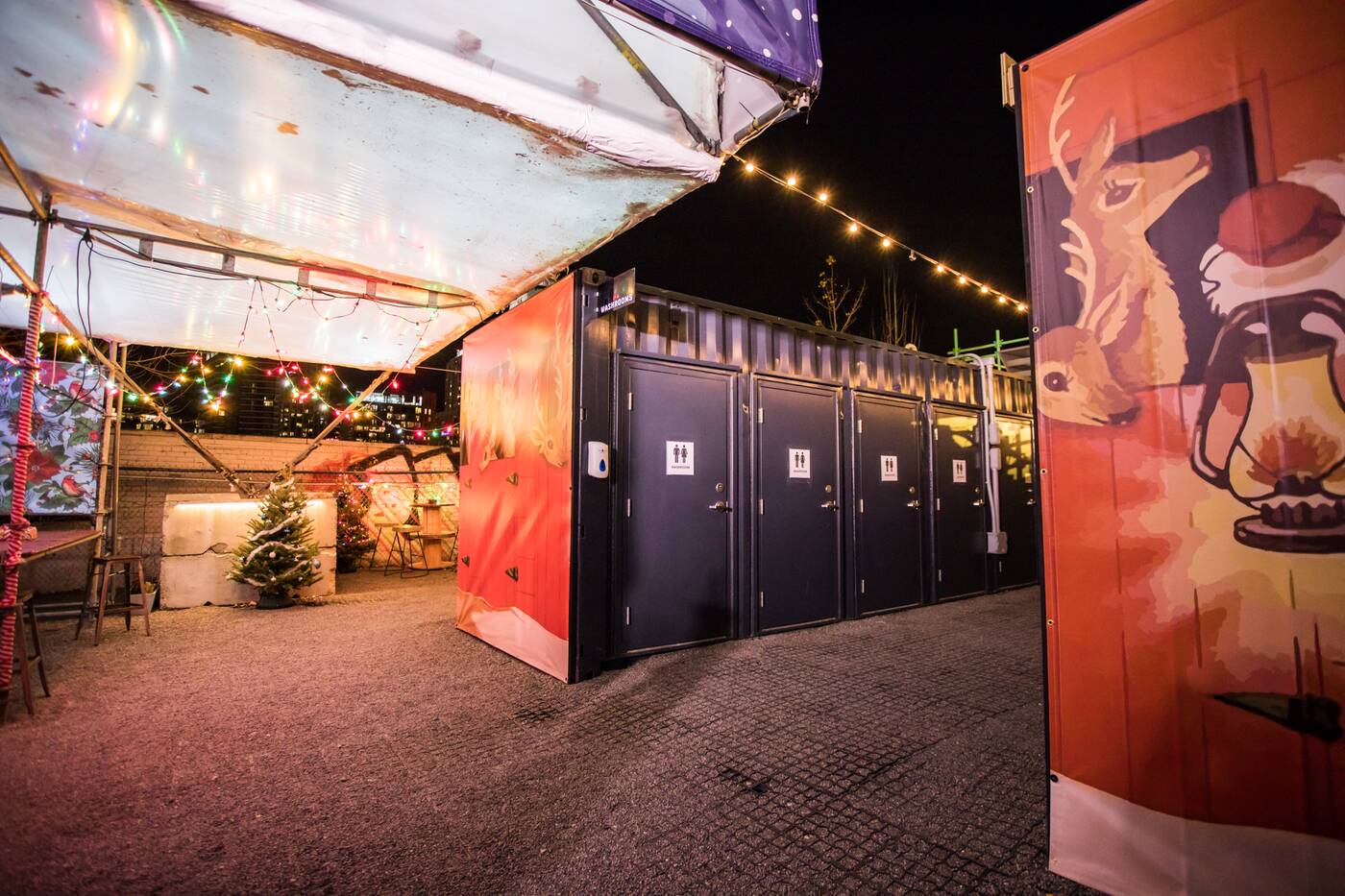 You'll get an alert when your table is ready. It's a maximum of four people per group. Another QR code at the table allows you to check in and access Miracle's menu.

The big upside to being at Stackt is that washrooms are aplenty. It should be noted that Miracle is not heated, so make sure to bundle up. 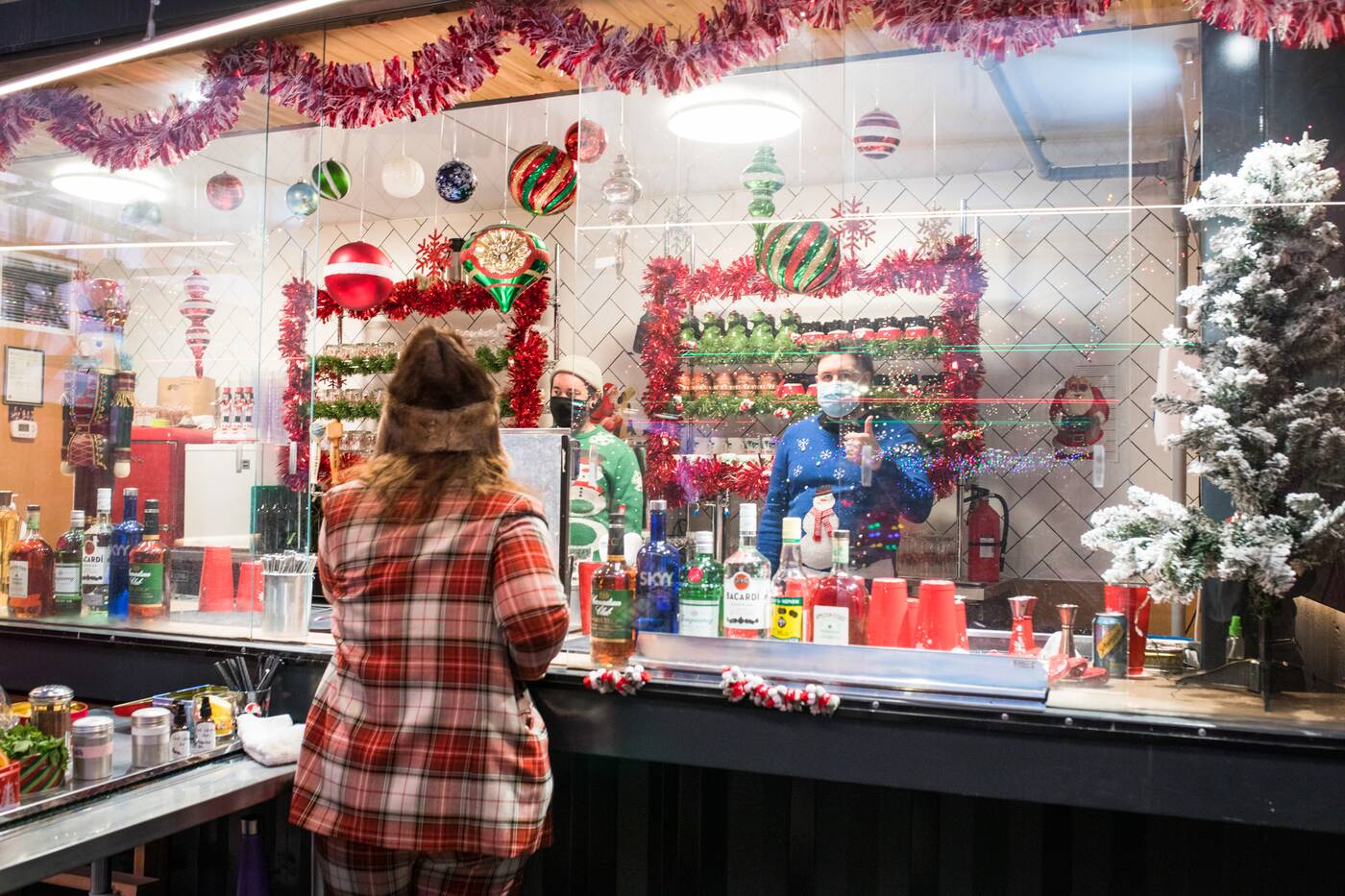 According to Kennedy, the pop-up lucked out by scoring a space at Toronto's spacious outdoor shipping container market.

Large enough to accommodate 110 people with social distancing measures in place, Miracle is split up into several different sections. 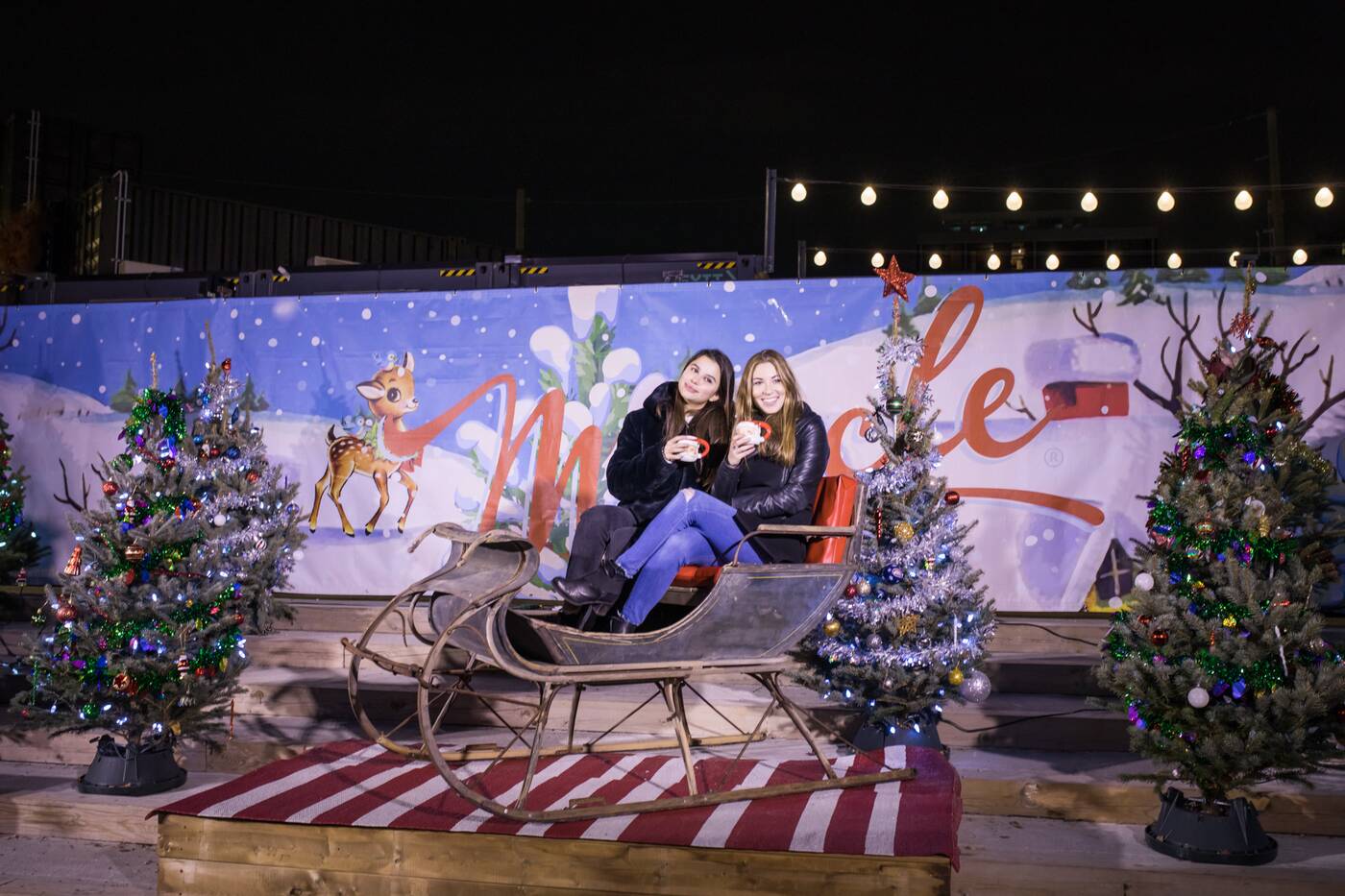 There are 45 decorated trees spread out across the space, designated areas for photo ops, some ski lift seating, and staff directing traffic flow. 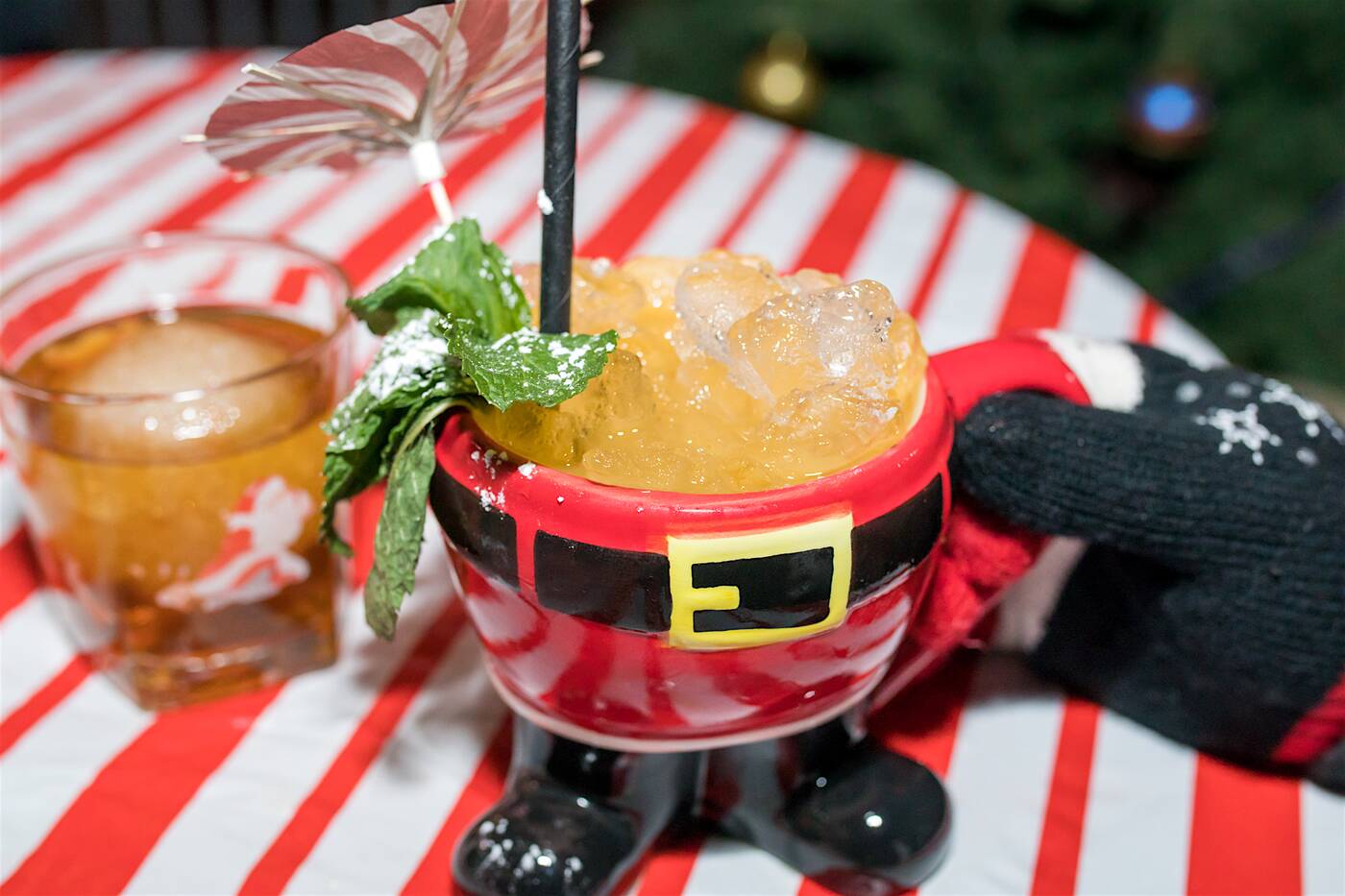 Over the past two years, Miracle Toronto has been able to raise around $75,000 for Nellie's Shelter. It's the same deal this year, with $1 of every drink sold to be donated to the shelter for women and children. 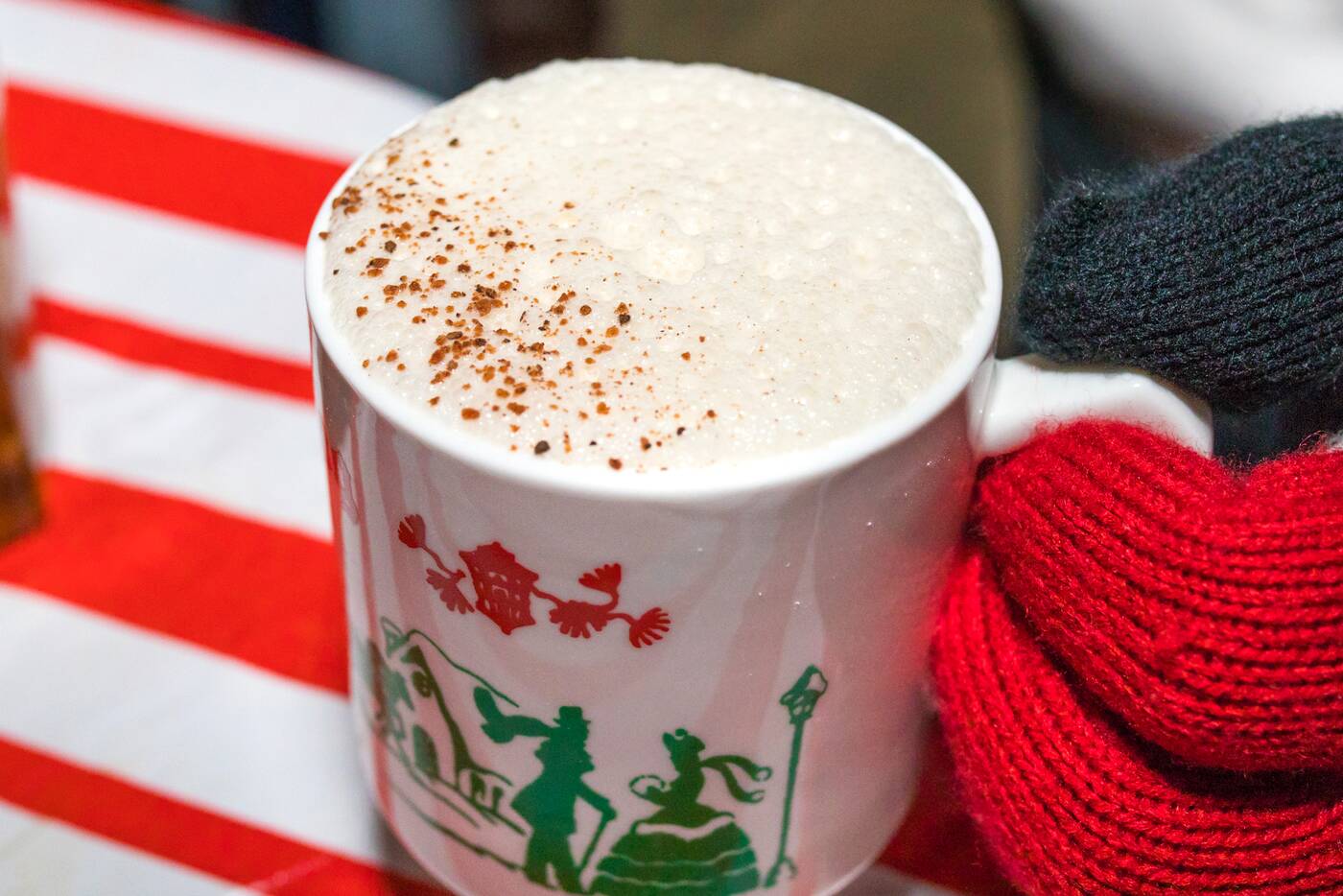 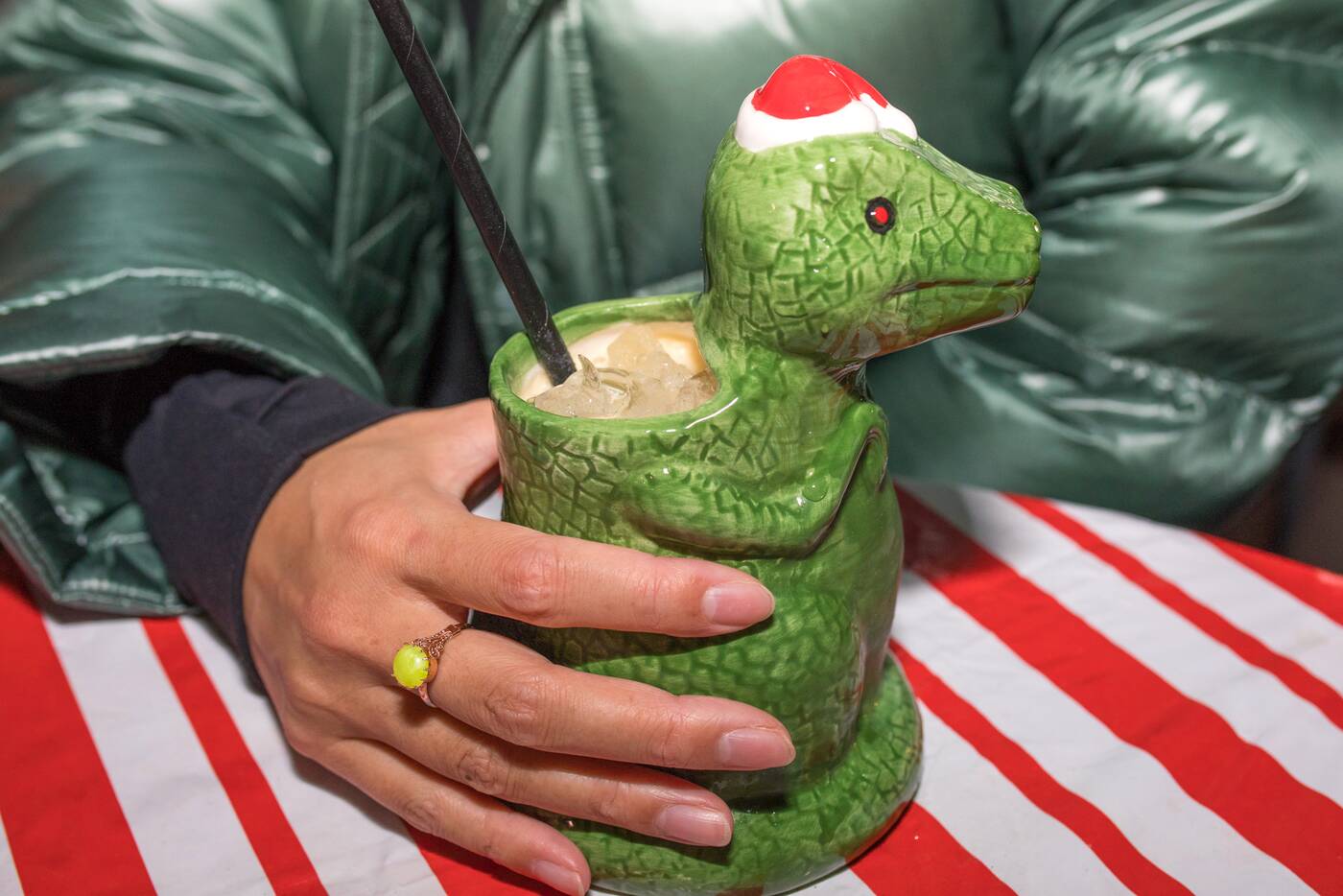 The SantaRex ($15) is a mix of pineapple and coconut cocktail with tequila, peppermint amaro, cacao blanc, and mezcal. Serrano pepper gives it a slight kick. 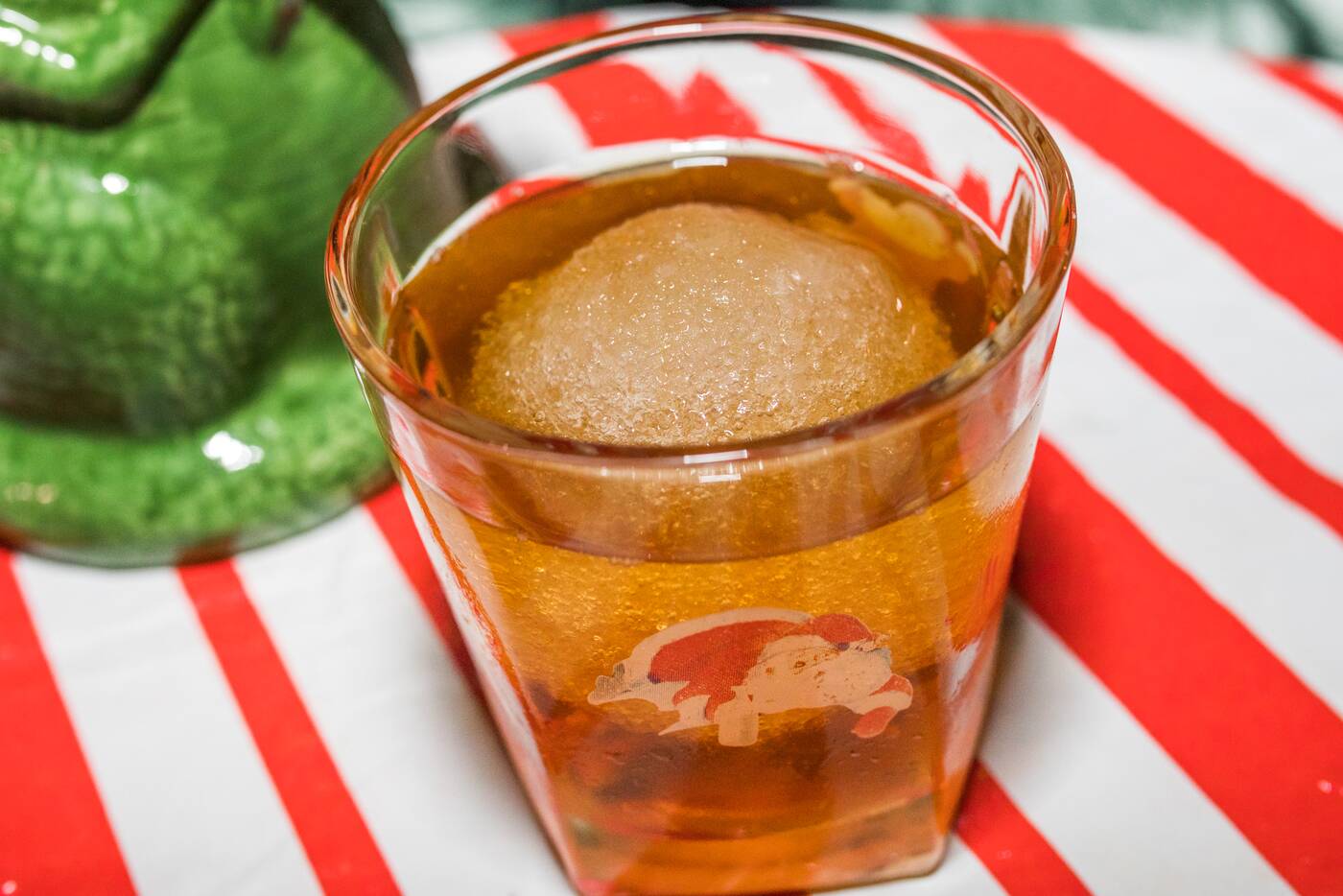 The Snowball Old-fashioned ($15) is a rye and gingerbread mix with orange essence. 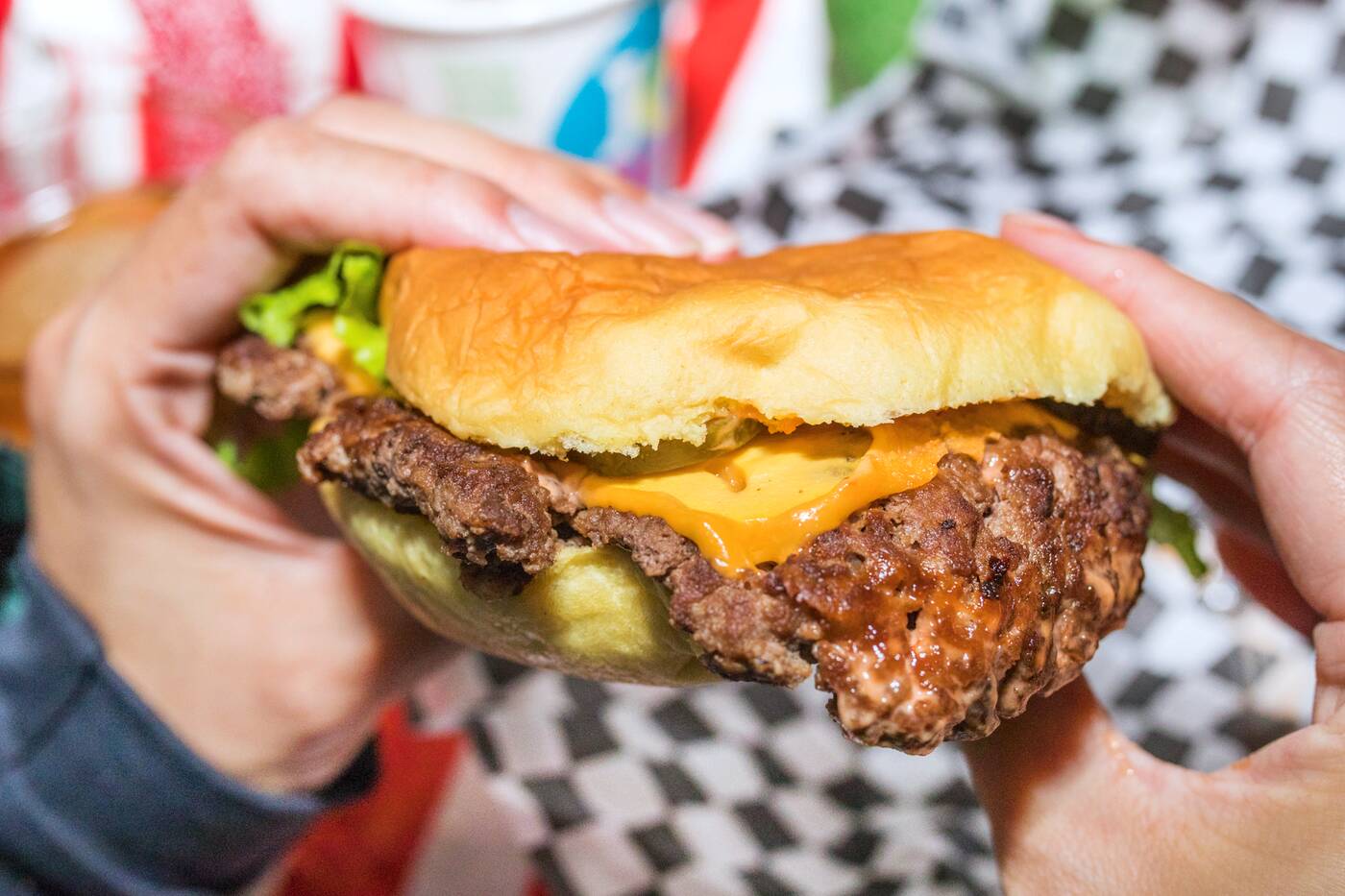 Aside from cocktails, Miracle has teamed up with Stackt pop-ups Joybird and Makan for an expanded food menu.

From Joybird comes the JoySmash ($9.50), a potato roll burger with a homemade patty. 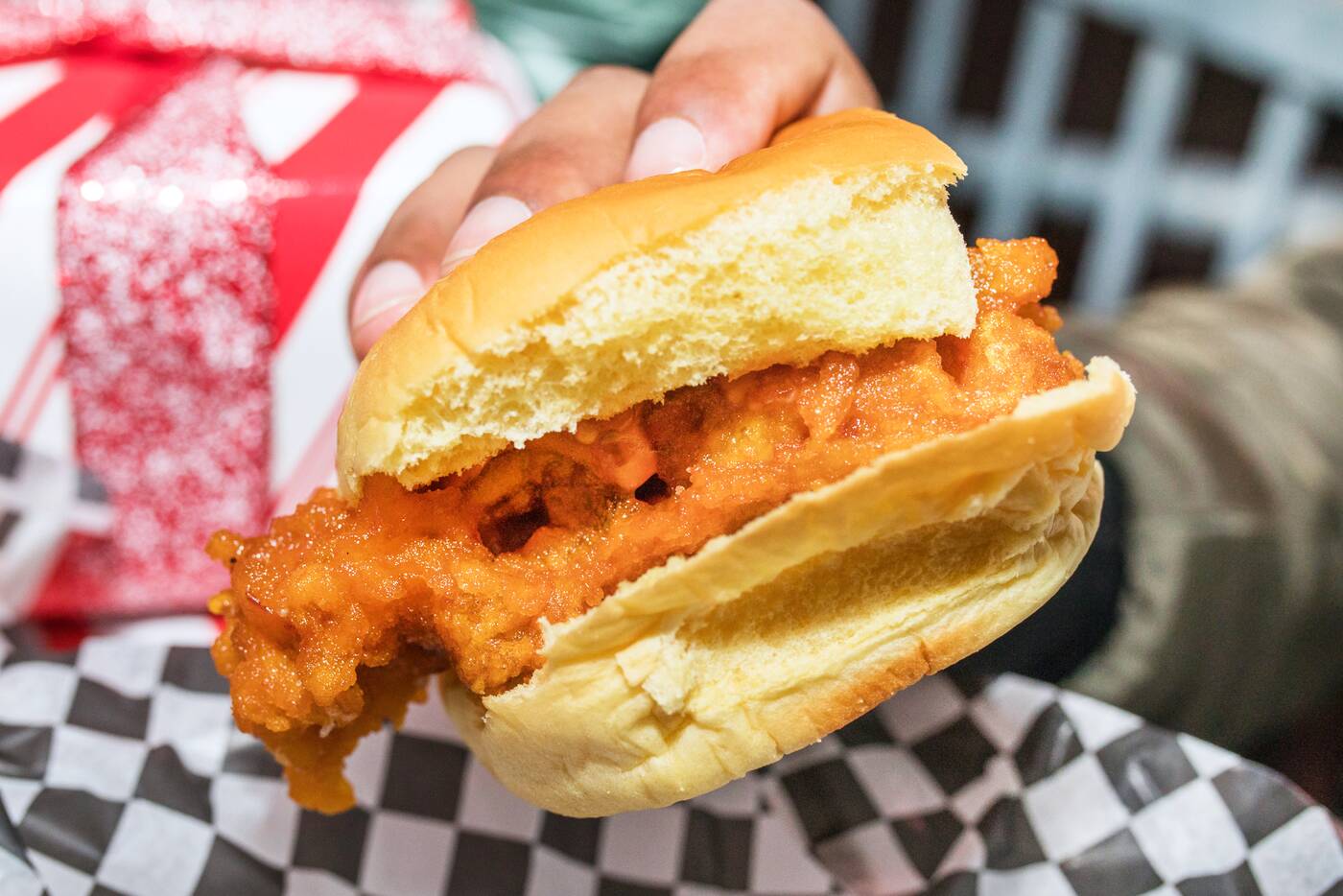 They're also doing the Joybirdie ($9.50), with a super crispy fried chicken cutlet and sweet chili sauce. 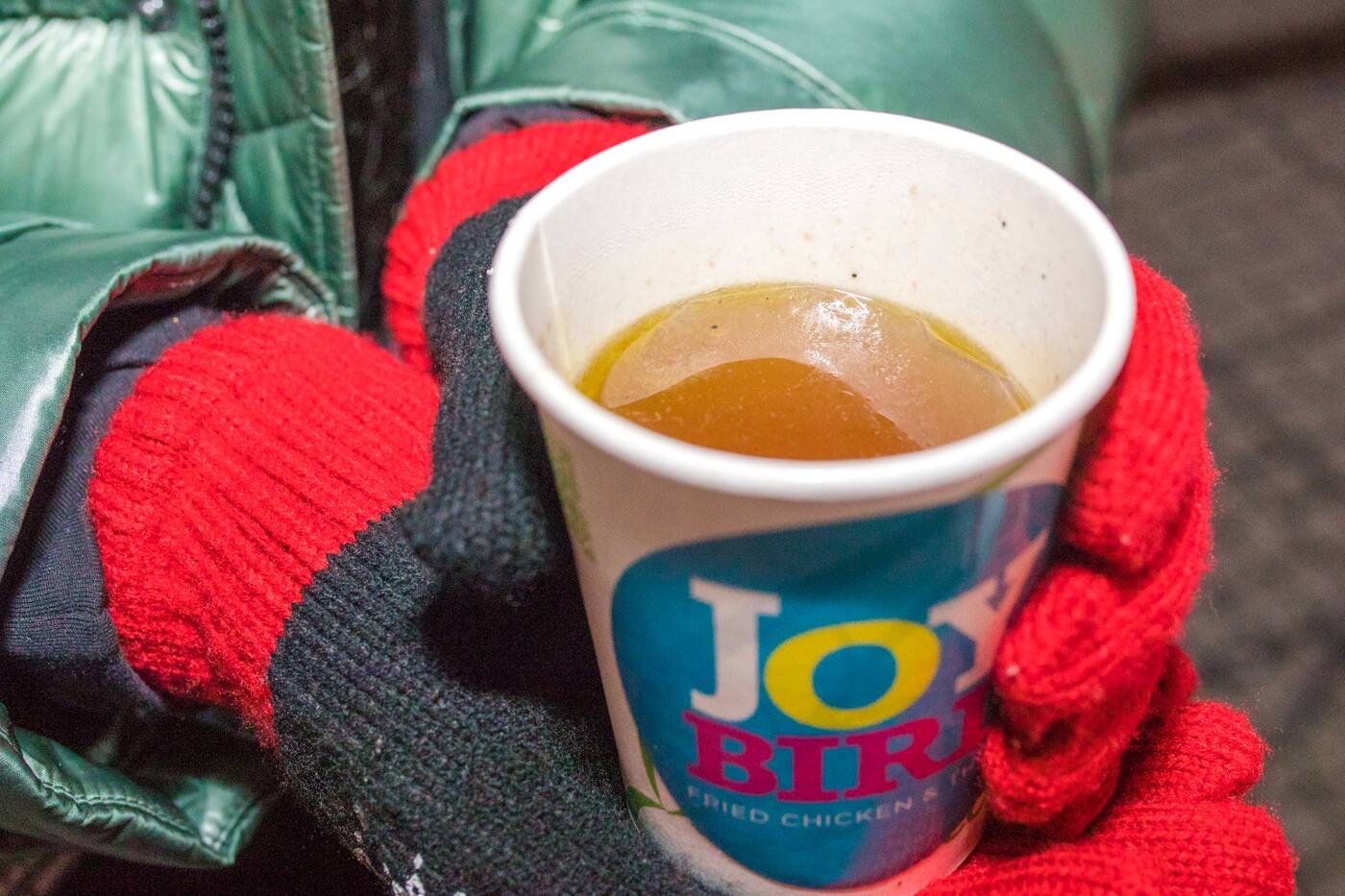 To warm up, Makan has you covered with a chicken or veggie broth at $7 per cup. 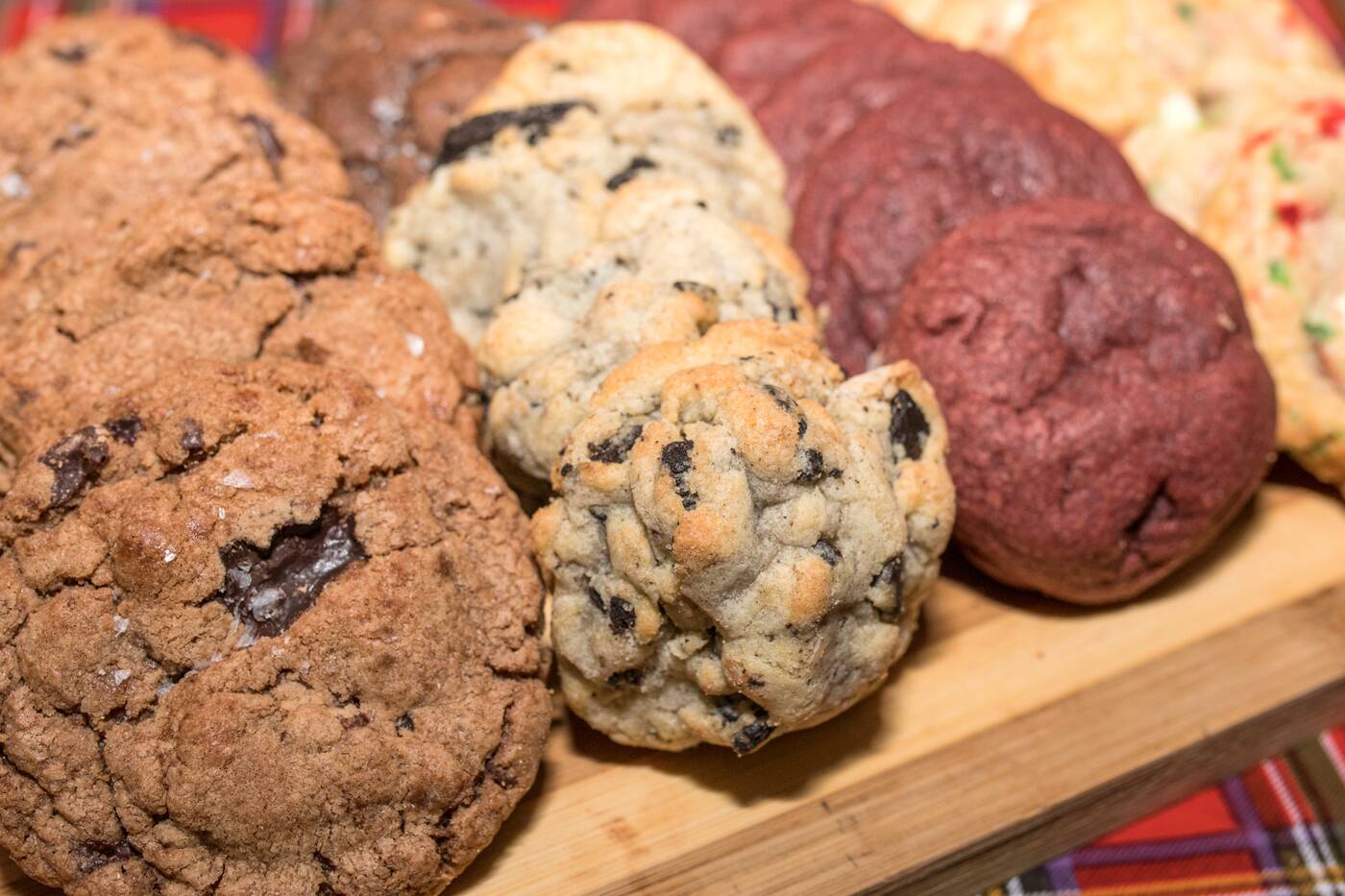 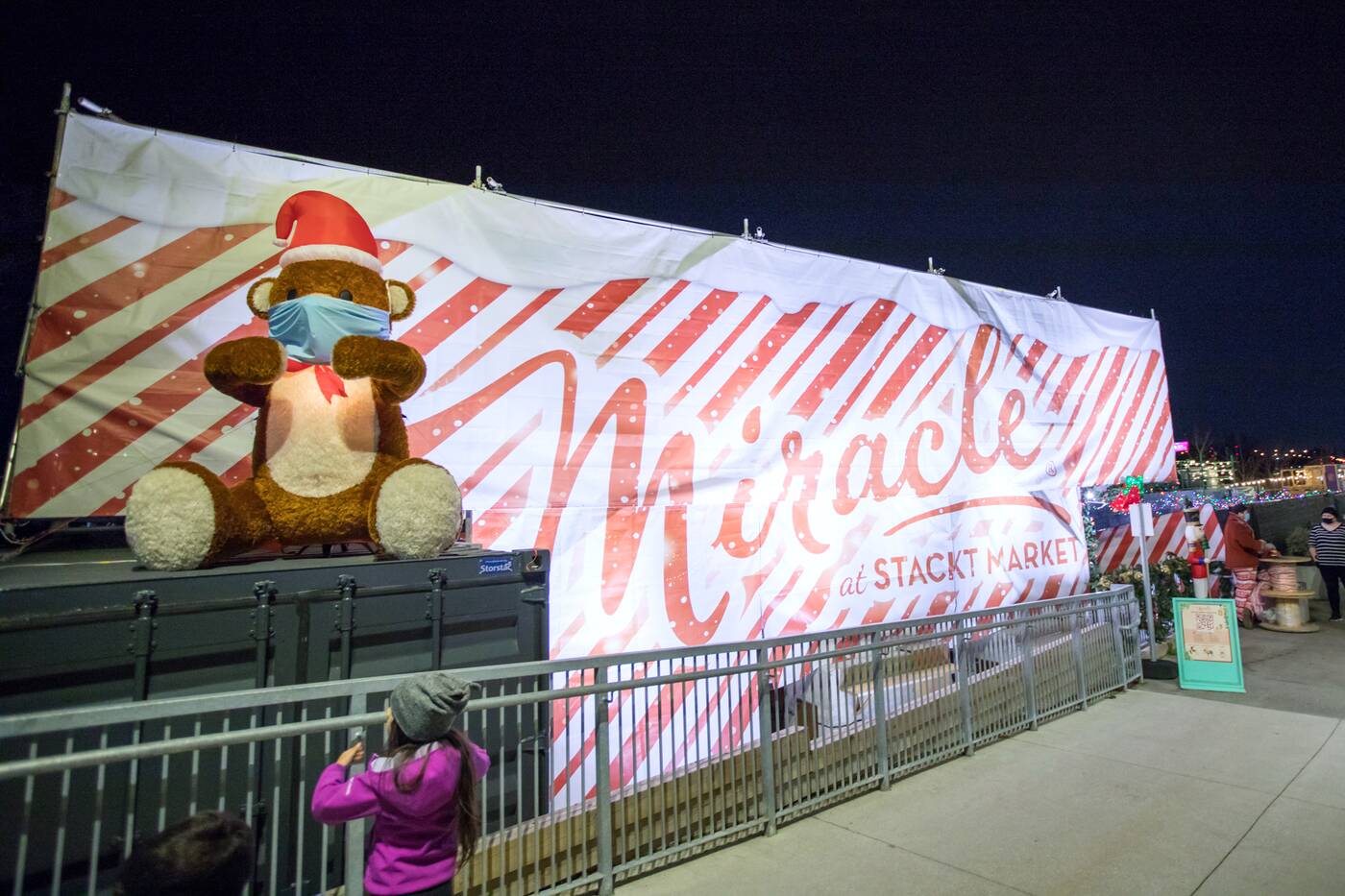