A new Christmas-themed pop-up bar just opened up by Osgoode station, and it's probably the most festive thing you'll see this holiday.

Decorated from top to bottom with everything Christmas, Miracle on Queen Street just took over the top floor of the event space at 251 Queen St. West and it's a holiday reveler's dream. 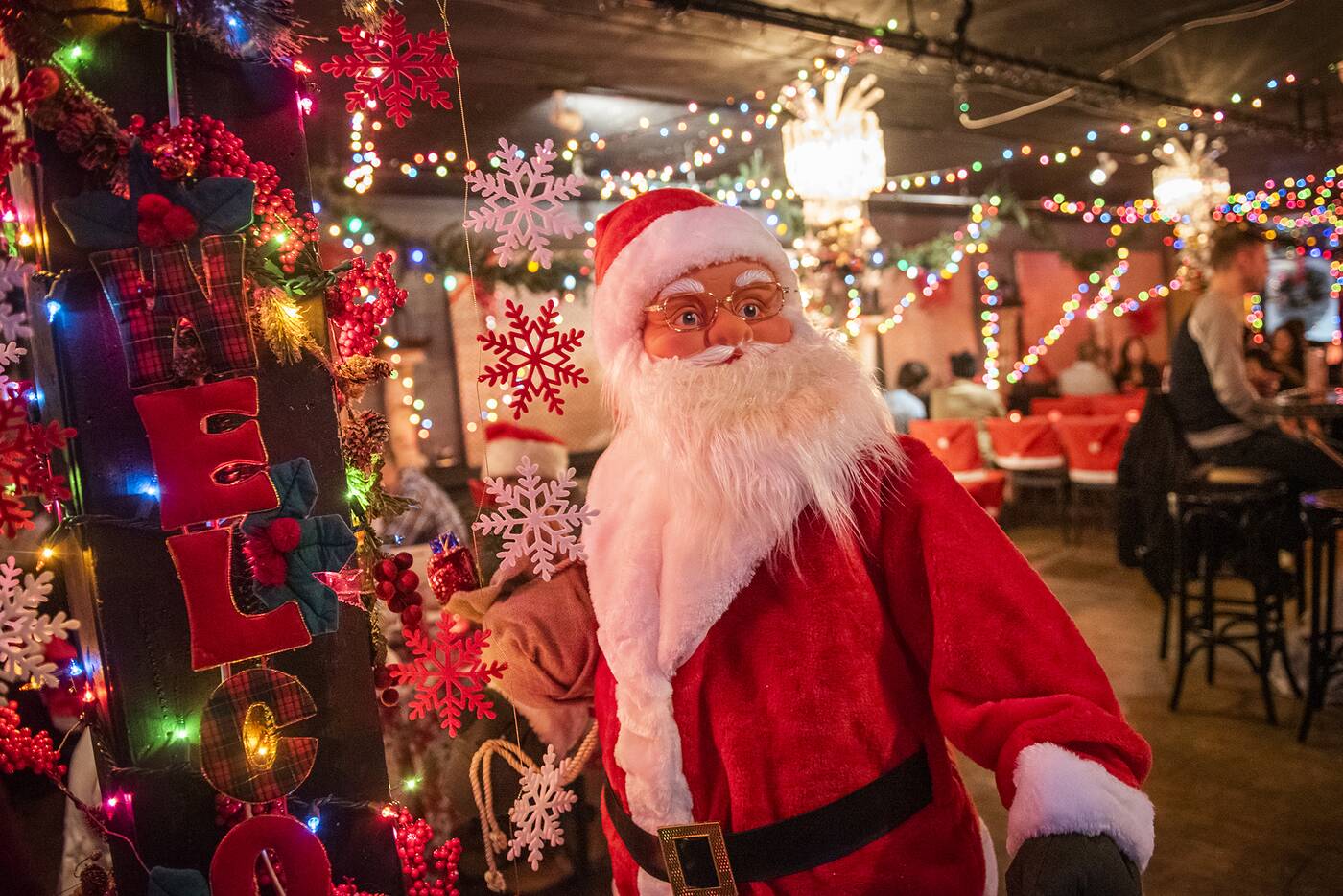 From the hanging baubles and the twerking robot Santa to the festive, ultra-boozy cocktails, this cozy hideout will make even the most bitter Grinches and Scrooges get into the Christmas spirit. 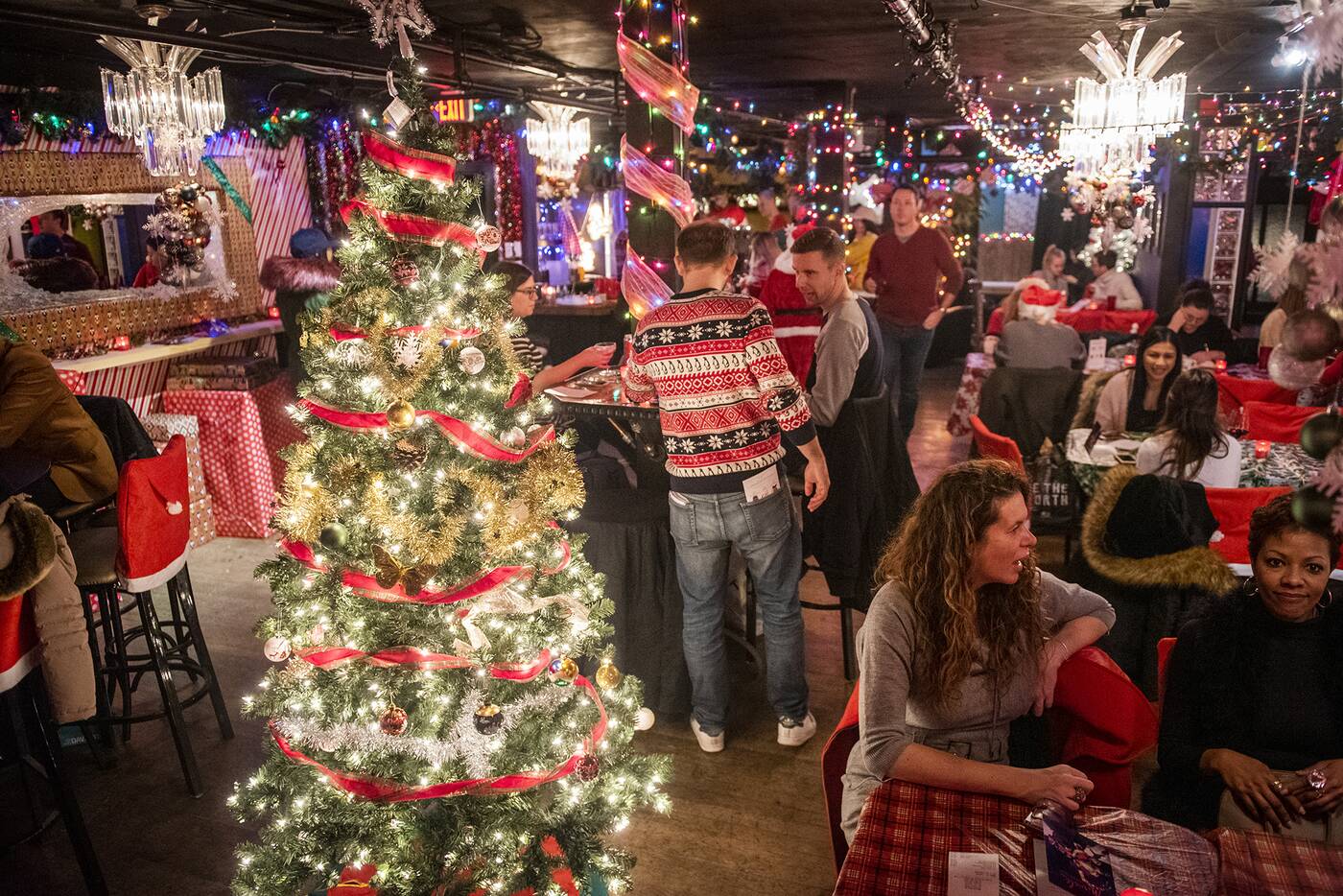 Open until Dec. 26, this ridiculously fun project from Nick Kennedy—owner of the bar Civil Liberties—and Lauren McKenna is actually the Toronto franchise of the worldwide Miracle pop-up concept. 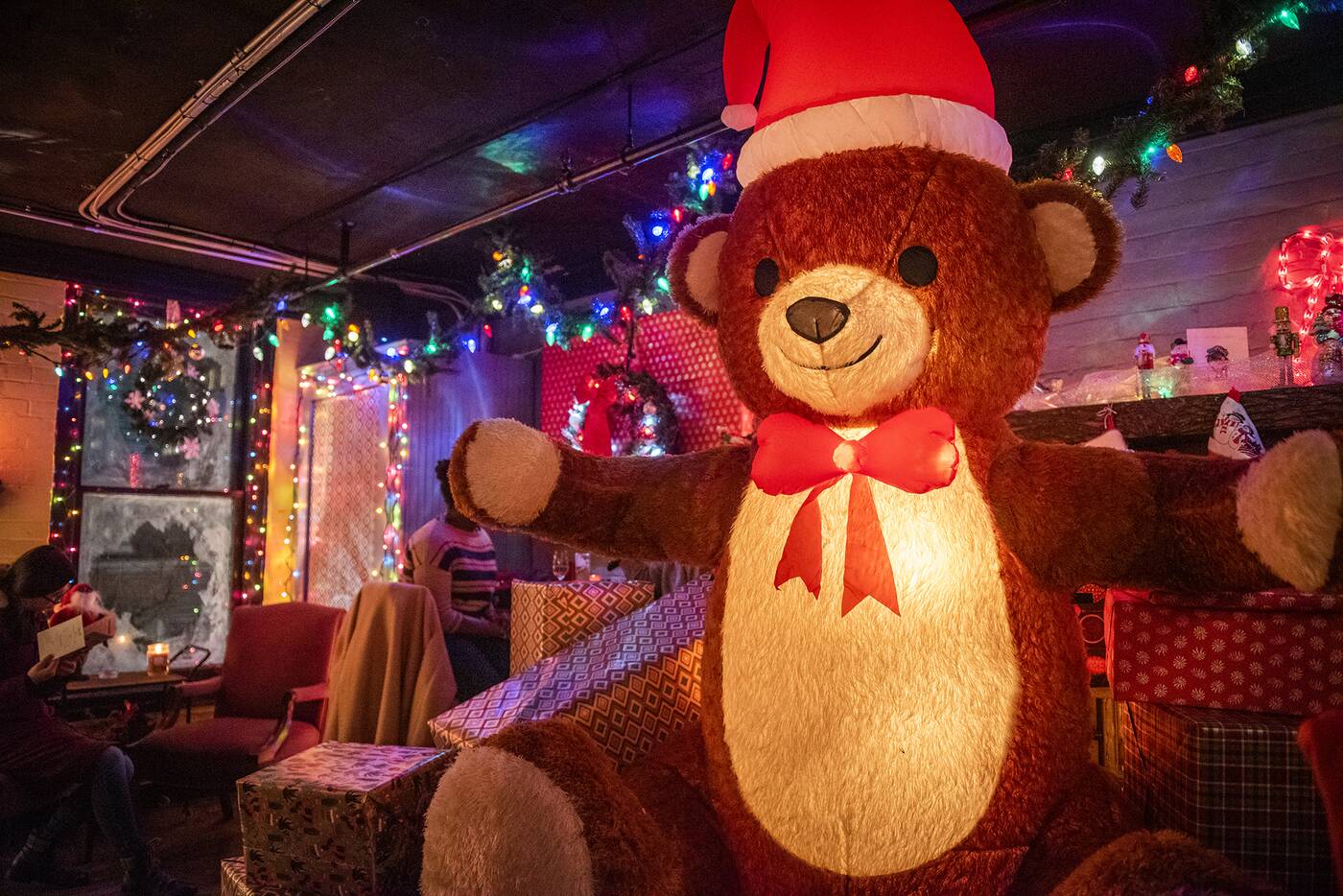 The idea first started in New York, and now has over 80 versions in the Montreal, Calgary, the States, the U.K., and Panama springing up this holiday season. 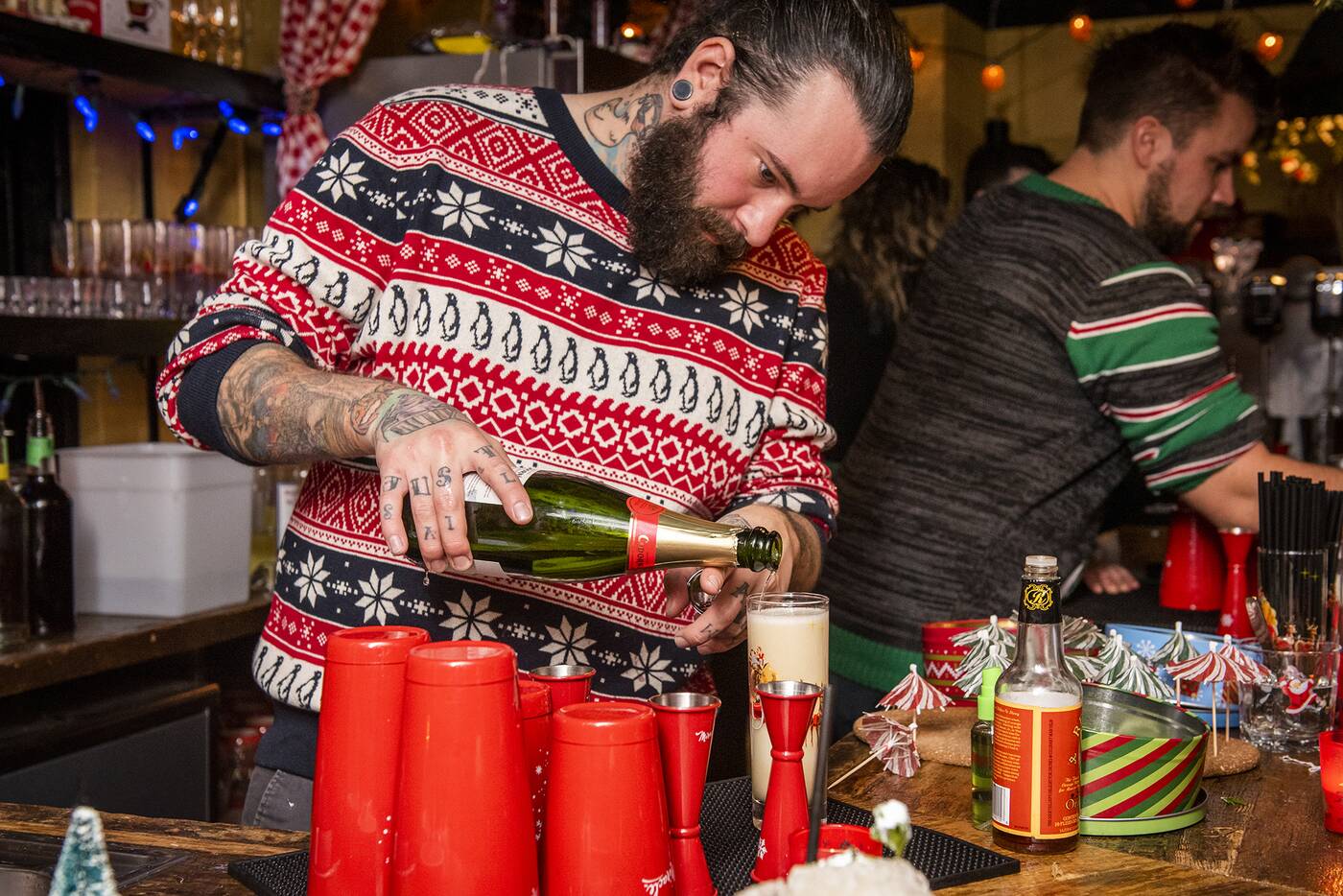 Toronto's version boasts thousands of Christmas lights, and according to McKenna, half a mile's-worth of wrapping paper covering the walls. 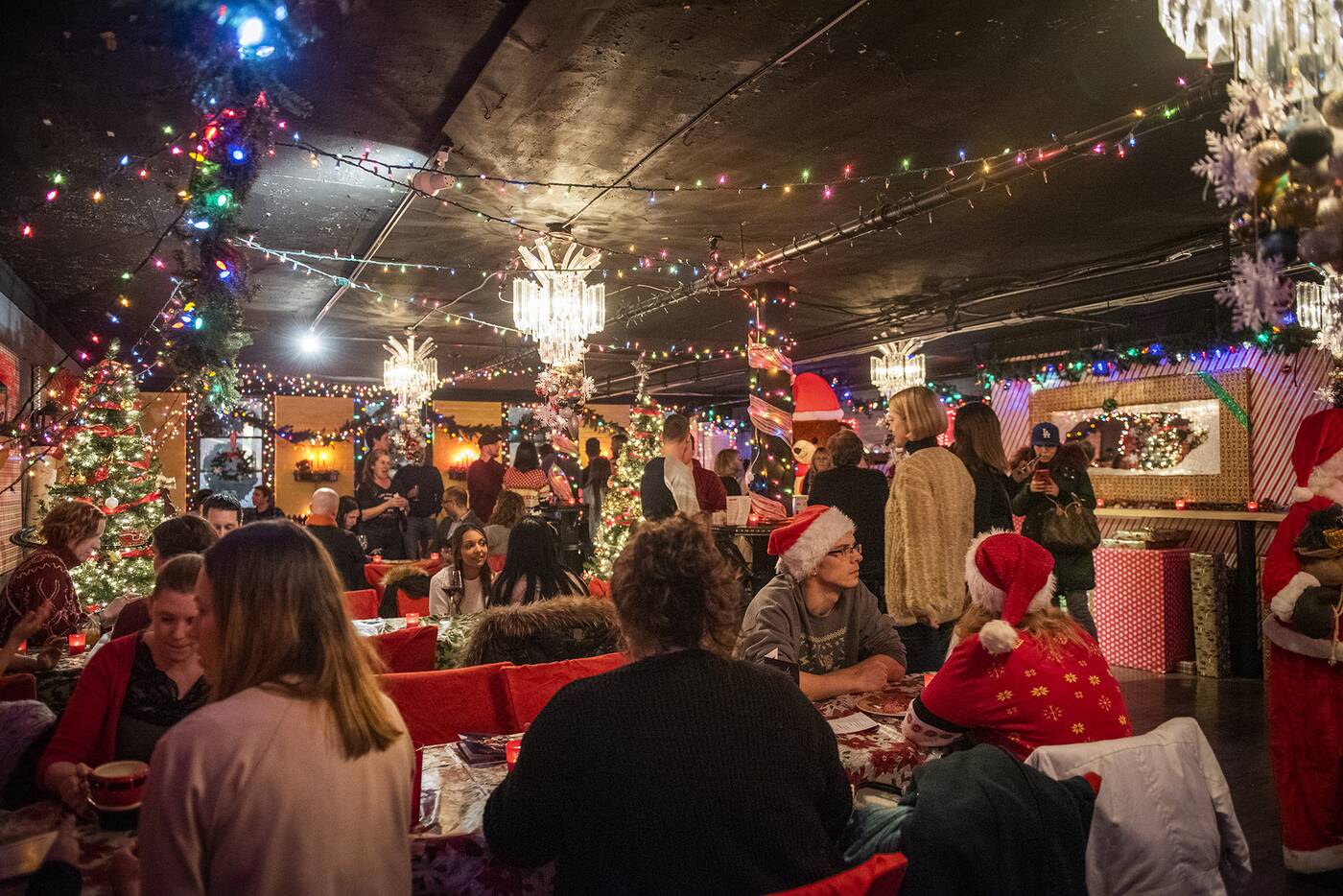 You'll have to journey up a long flight of stairs to get there—this place is not accessible—but the trek is worth it. 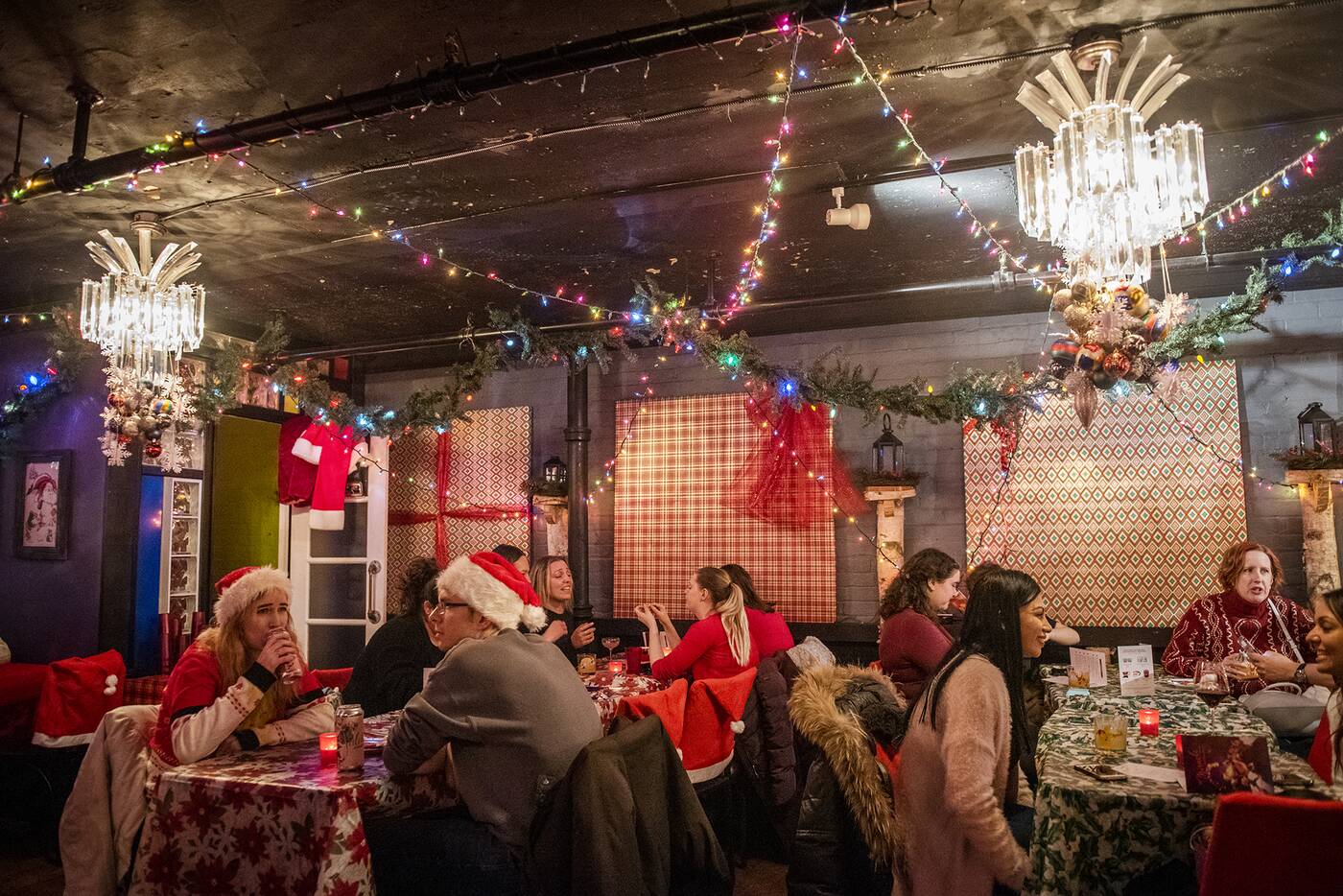 Aside from the fact the whole place smells like cinnamon candles, and that there's a giant automated bear that gives great hugs, an equally impressive aspect of Miracle on Queen Street is the cocktails. 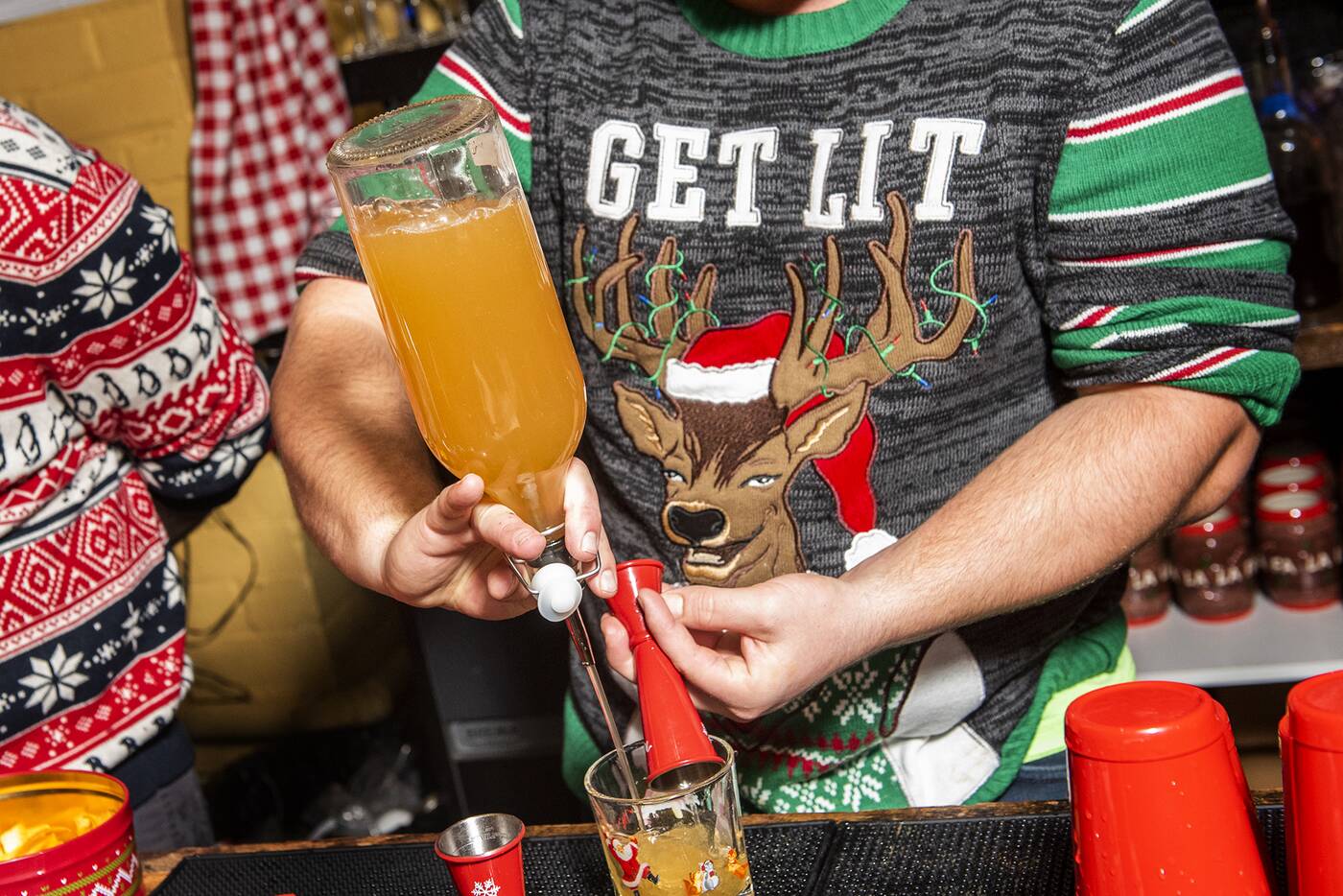 The menu consists of 10 very strong Christmas-themed cocktails—no surprise given Miracle's affiliation with Civil Liberties—made by one of 19 bartenders on deck at Miracle. 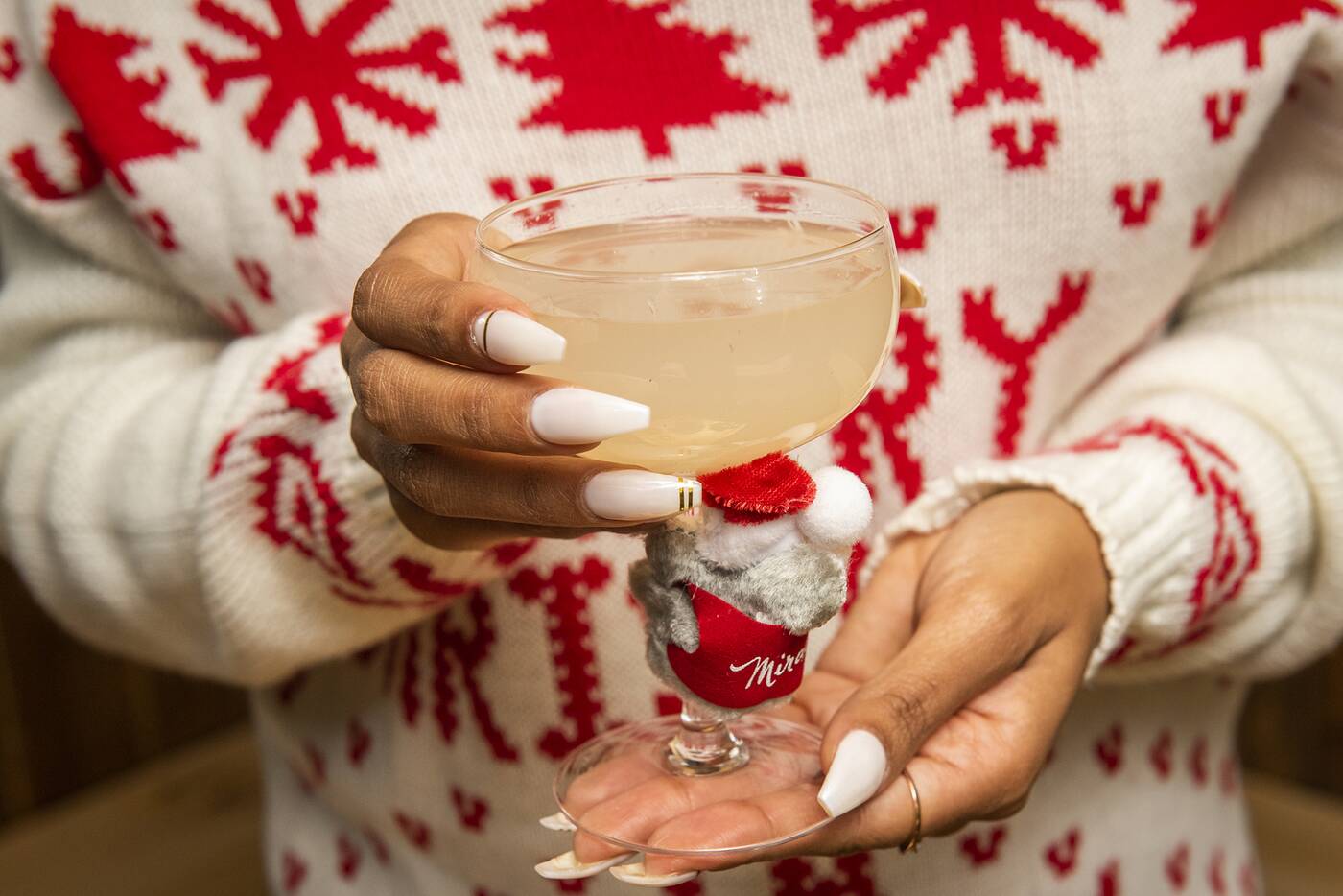 Don't be fooled by the ugly Christmas sweaters: these are some of the best bartenders in the city, and they shake up a mean drink. 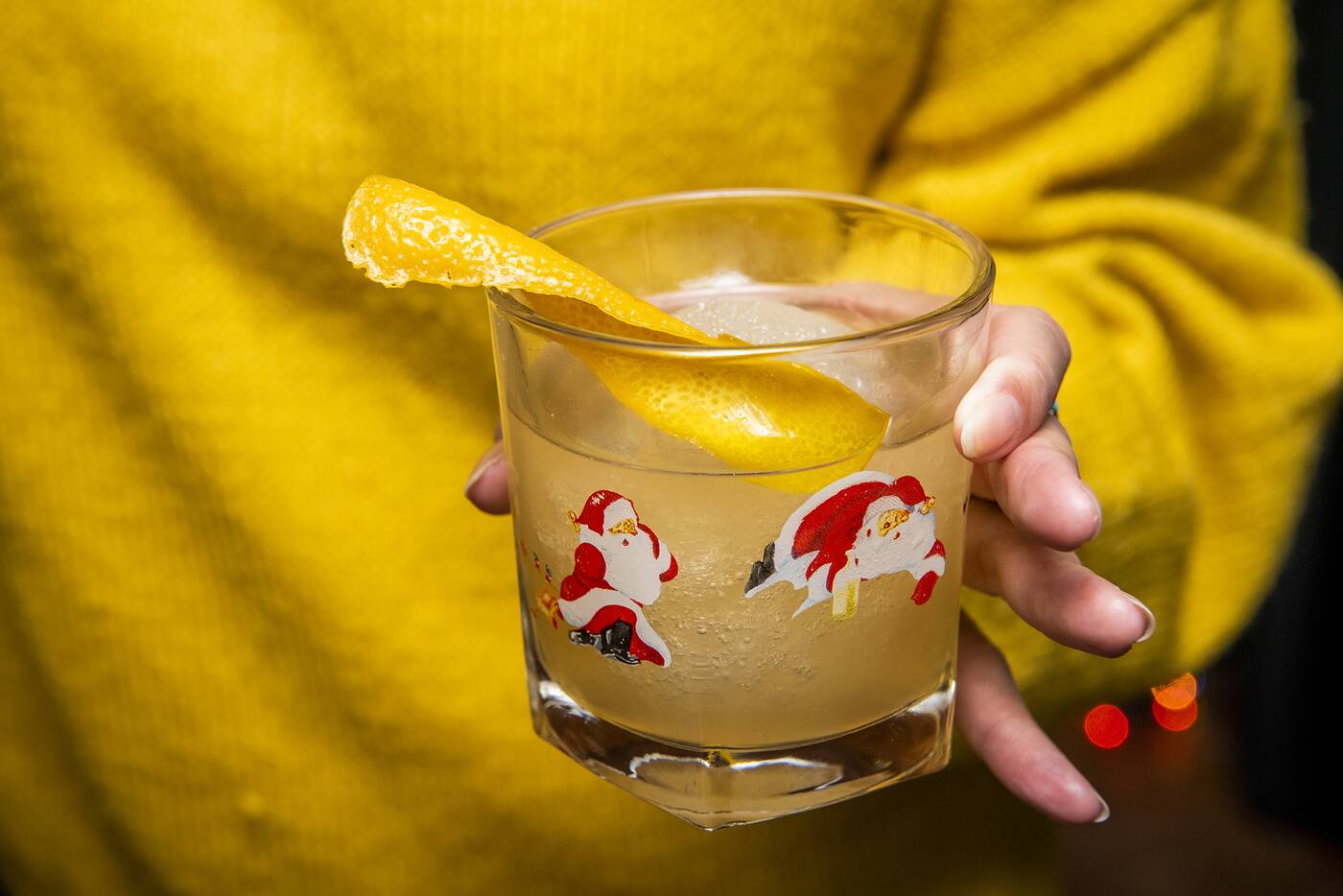 Drinks like the Snowball Old Fashioned (it has an actual ball of ice in it) and the Koala-La La La, La La La La (which has eucalyptus syrup) don't come cheap at $15 each, but $1 of every drink goes to Nellie's Women's Shelter. 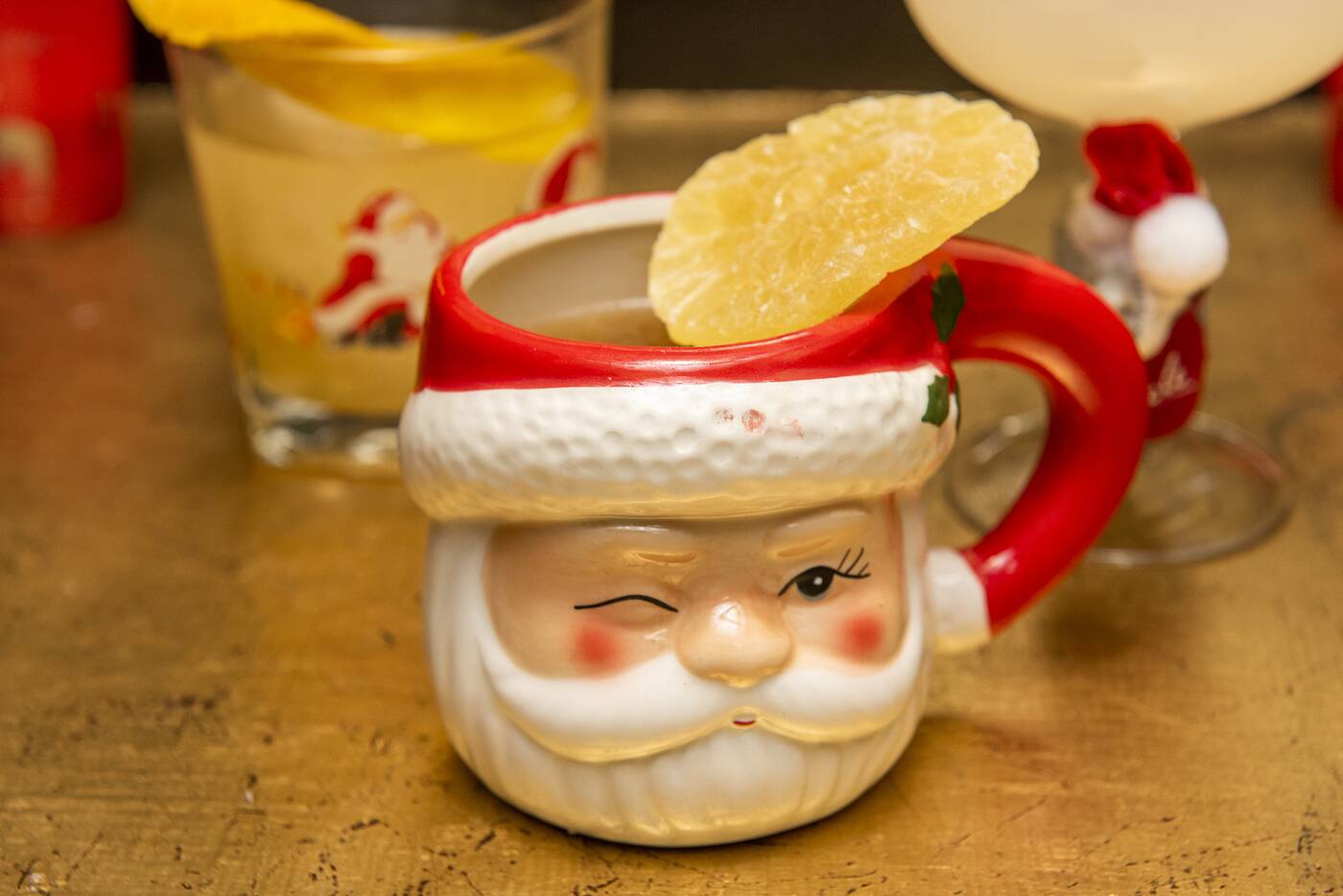 There's even a drink called the Bad Santa: a potent hot milk punch with rum that comes in an adorbs little mug. 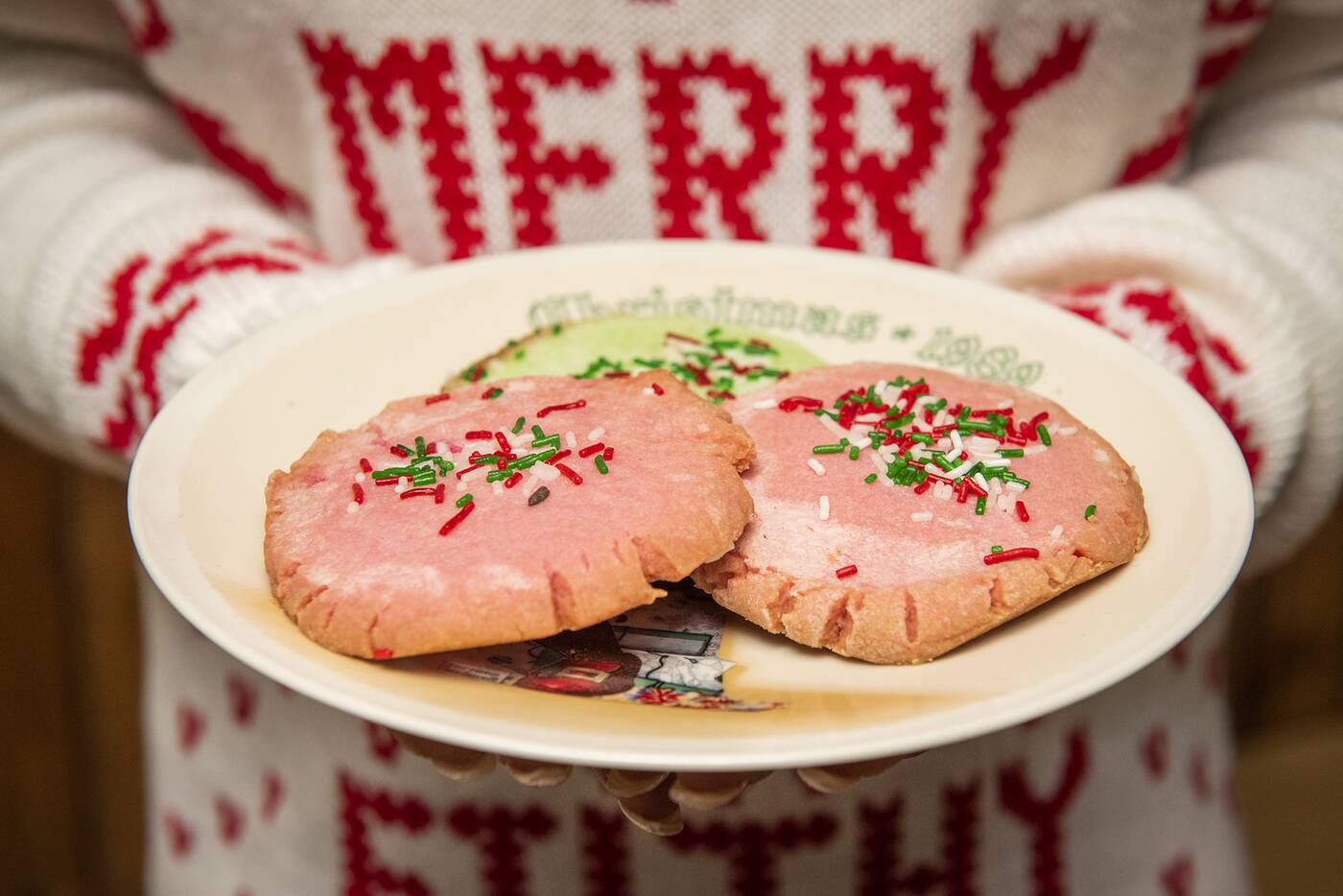 If you're more the brew type, there's a Yuletide beer courtesy of Henderson Brewing, non-alcoholic drinks like cider, and some snacks like a platter of cookies for $7 made using Kennedy's mom's recipe. 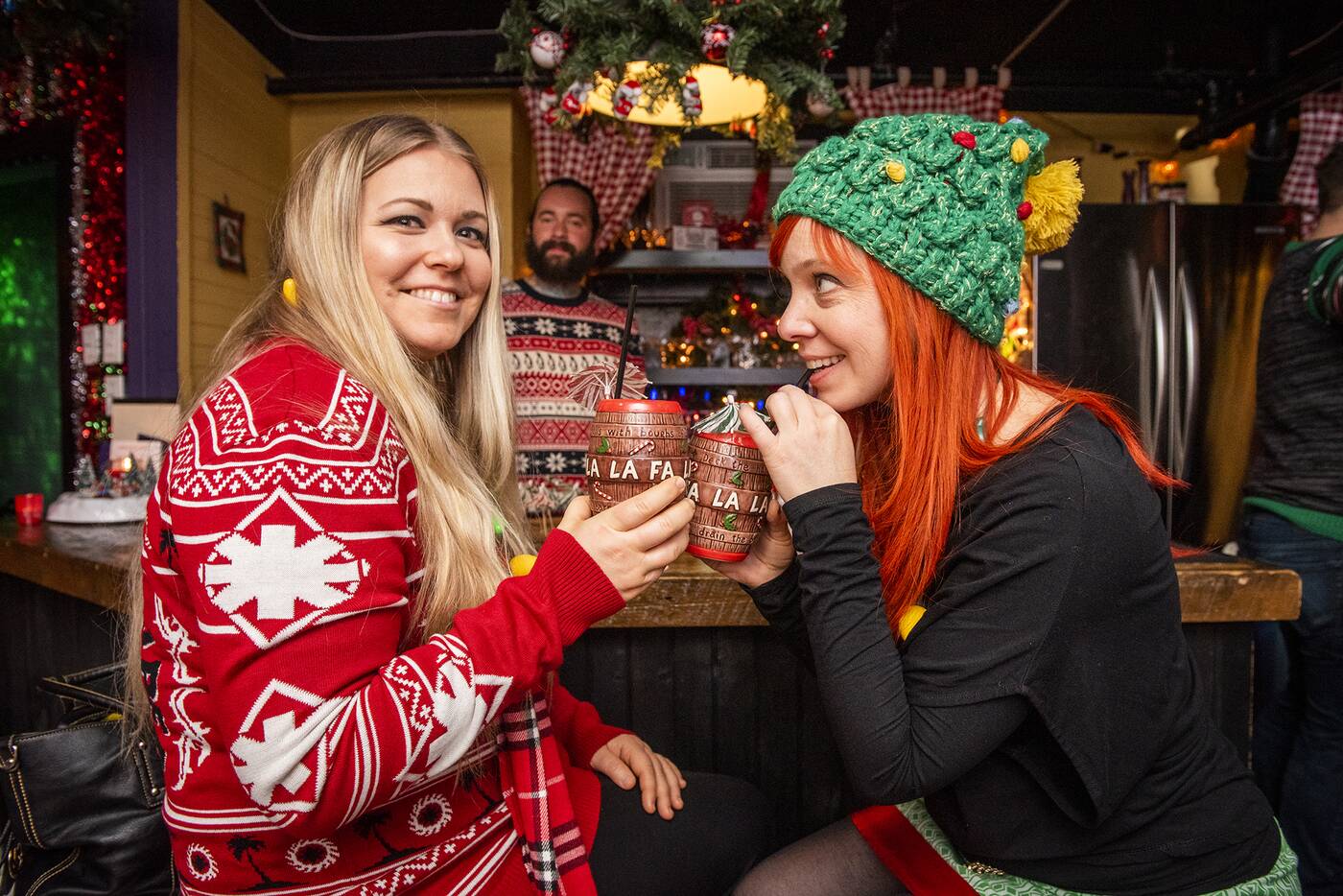 Miracles opens at 5 p.m. on weekdays, and at noon on weekends, closing at 2 a.m. daily. 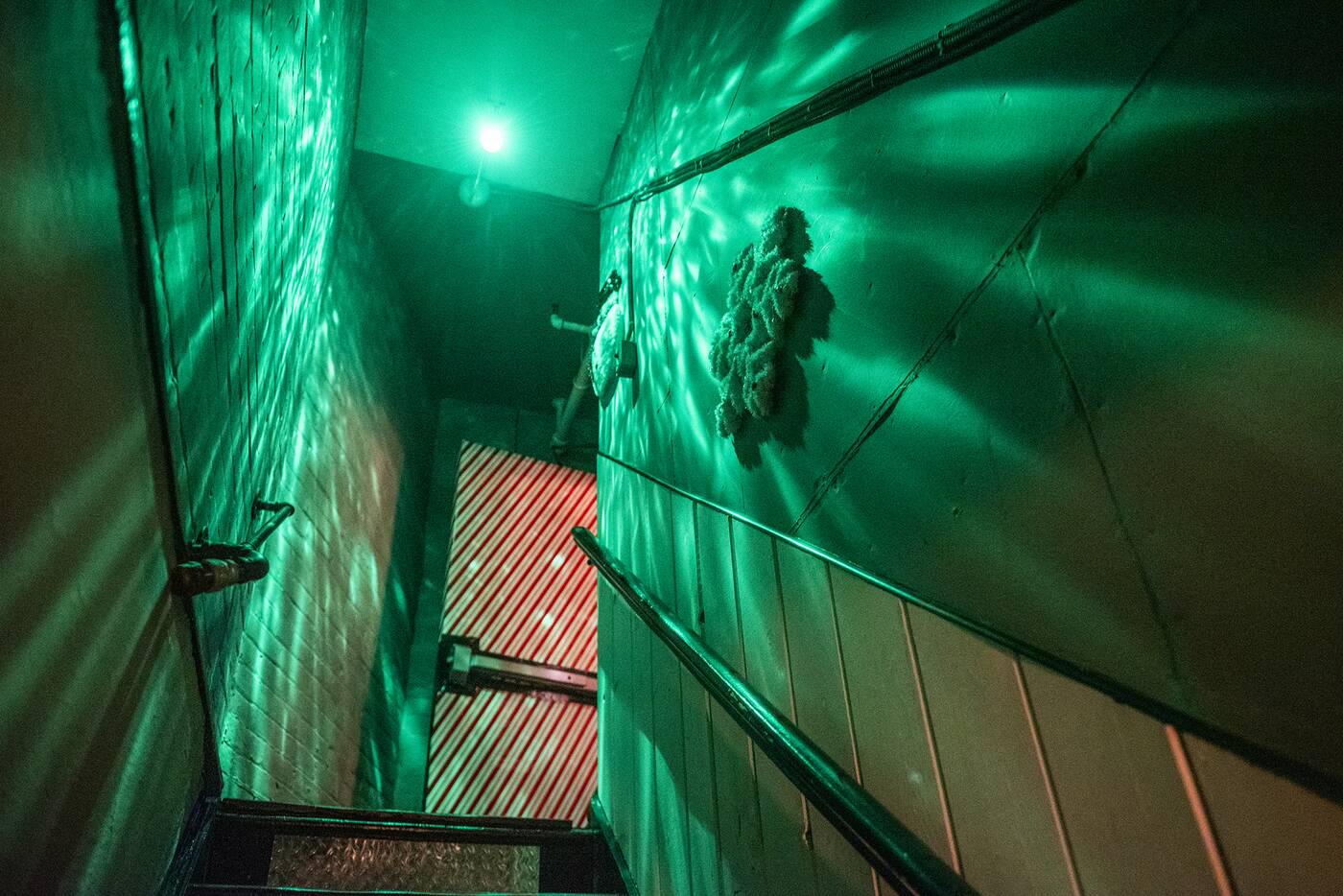 It's likely to get busy so you can leave your name with the host at the door and maybe get some shopping done on Queen until they call you—just don't forget your Christmas sweaters.