Raca, who has been the co-owner, chef  or consultant at several Toronto businesses including Resto Boemo, Ufficio, and now-closed Raca, shared a post on her Instagram stories Tuesday evening stating, "Confirm Amy Coney Barrett".

The photo was reposted from the account of Ryan Fournier, the co-chair and founder of the organization Students For Trump.

A number of commenters took to Raca's social feed to condemn her endorsement of Barrett, who was recently nominated (again) by U.S. President Donald Trump to succeed the late Ruth Bader Ginsburg on the Supreme Court.

LGBTQ civil rights organizations have previously opposed Barrett's nomination, and as a circuit judge on the U.S Court of Appeals, Barrett is widely considered to uphold hardline religious and Republican values, particularly when it comes to being anti-abortion and anti-immigration. 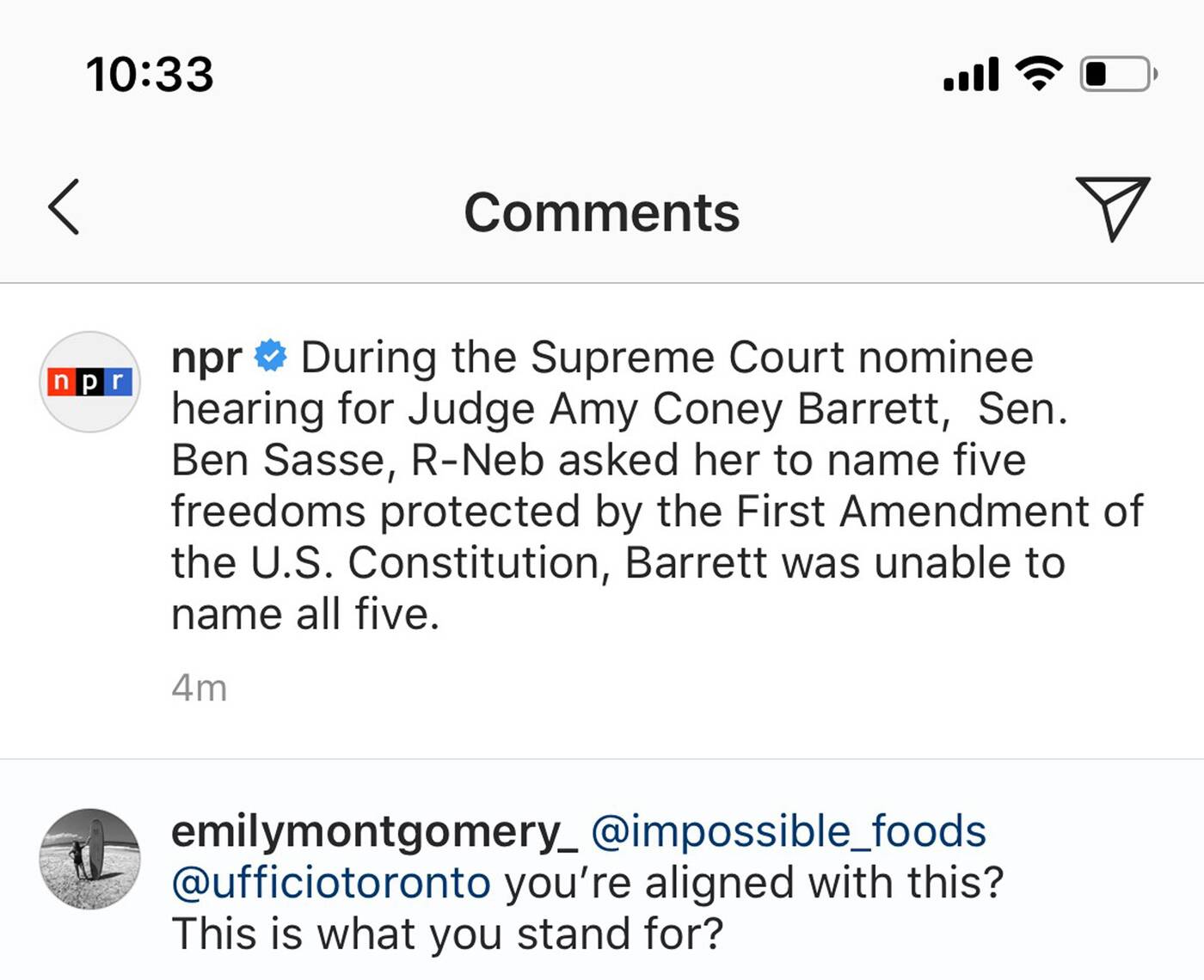 The American media organization also posted on Raca's personal feed to note that Barrett was not able to name five First Amendment freedoms during the Supreme Court nominee hearing.

Raca has since deleted a number of comments beneath her posts, including one from National Public Radio, the Washington-based media organization which has been covering Barrett's confirmation hearings.

In the comment, NPR noted that Barrett was unable to name five freedoms protected by the First Amendment of the U.S. Constitution during her hearing earlier this week. 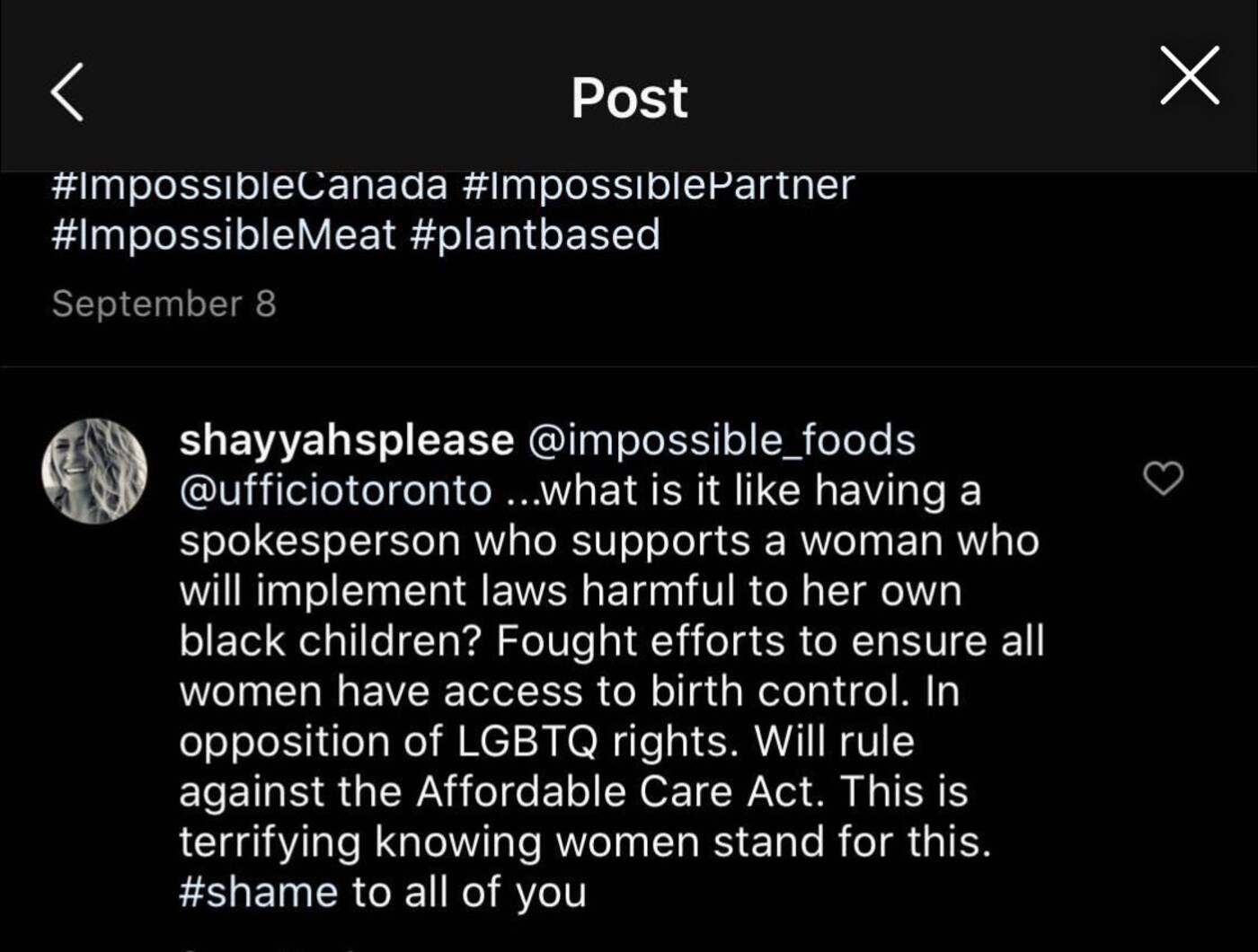 Several users say they've been blocked from Raca's Instagram after denouncing her support of Barrett.

A number of people called out plant-based meat substitute company Impossible Foods, with whom Raca works with, for partnering with the restaurateur.

Followers who criticized Raca's endorsement of Barrett were swiftly blocked from her account.