Dufferin Grove farmers' market has moved online for the first time in its nearly 20-year history.

The beloved market, home to the highest concentration of organic vendors since it first opened in Toroto in 2002, is doing its part to flatten the curve by launching a pick-up and delivery service.

The year-round market would typically be ramping up for the spring and summer season, but instead, has just launched a brand new web  store that allows shoppers to order from their favourite market regulars like Marvellous Edibles Farm, Bees Universe, or Choco Sol.

Since last week, they've already added a handful of vendors to their roster, like Culture City, TC Tibetan Momos, and Reyes Farms.

There are currently 18 vendors and farms now, but according to the market's co-manager Anne Freeman, that number will likely go up to around 26 businesses in the near future.

"This is all very new for us, and we're learning fast," said Freeman. 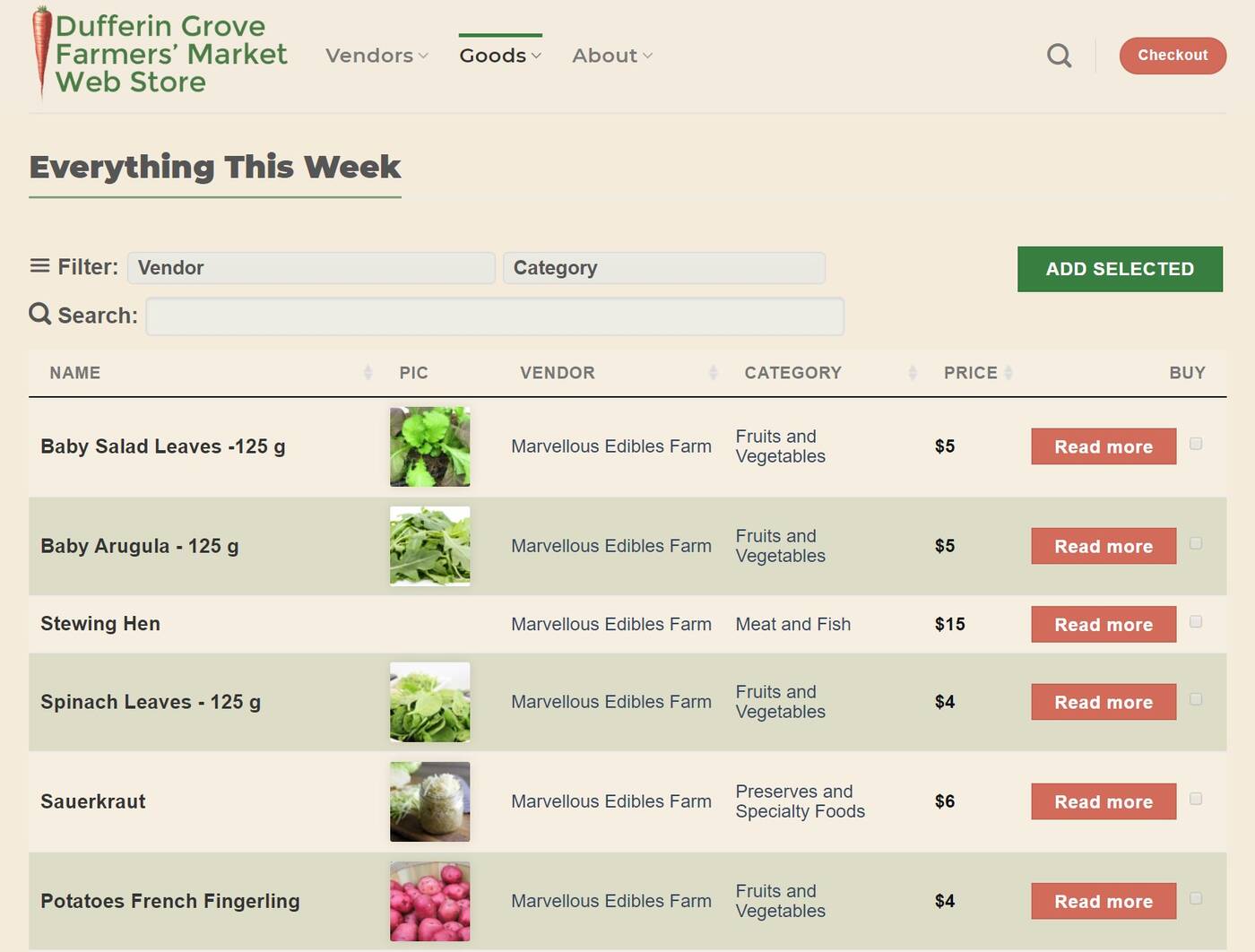 In keeping with the tradition, all deliveries and pick-ups happen weekly on Thursdays, just head to the website between Saturday at noon and Tuesday at noon to place your online order.

If you're doing pick-up, you'll be assigned a Thursday time slot between 1 p.m. and 4:40 p.m. to grab your goods from St. Anne's Anglican Church at 270 Gladstone Ave., just south of Dufferin Grove Park.

There's no minimum order for deliveries, but there is a $10 charge, with an optional $5 donation, though Freeman says they may be introducing a sliding scale payment soon.

The delivery area stretches between Keele to Avenue, from St. Clair down to King Street.

Summer farmers' markets don't usually start until the end of May or June, so there's still a slight chance that we'll actually be able to enjoy them in person sometime this year.

But Freeman says they might even continue the take-out and delivery system going after quarantine, depending on how popular it is.