The top 15 bagel sandwiches in Toronto

Bagel sandwiches are a daytime necessity in Toronto, and aren't half bad for dinner sometimes, either. The classics would have to be lox and a schmear or bacon, egg and cheese, but there's no limit to what you can get on a bagel in this city.

Here are my picks for the top bagel sandwiches in Toronto.

This Annex spot is a source for Jewish delicacies. They are king when it comes to bagel sandwiches, with multiple high-end options for smoked fish.

Get rainbow bagel sandwiches at over 10 GTA locations of this tasty bagel chain. If the colourful bagels don't do it for you, don't fret - they carry all the classics, too. 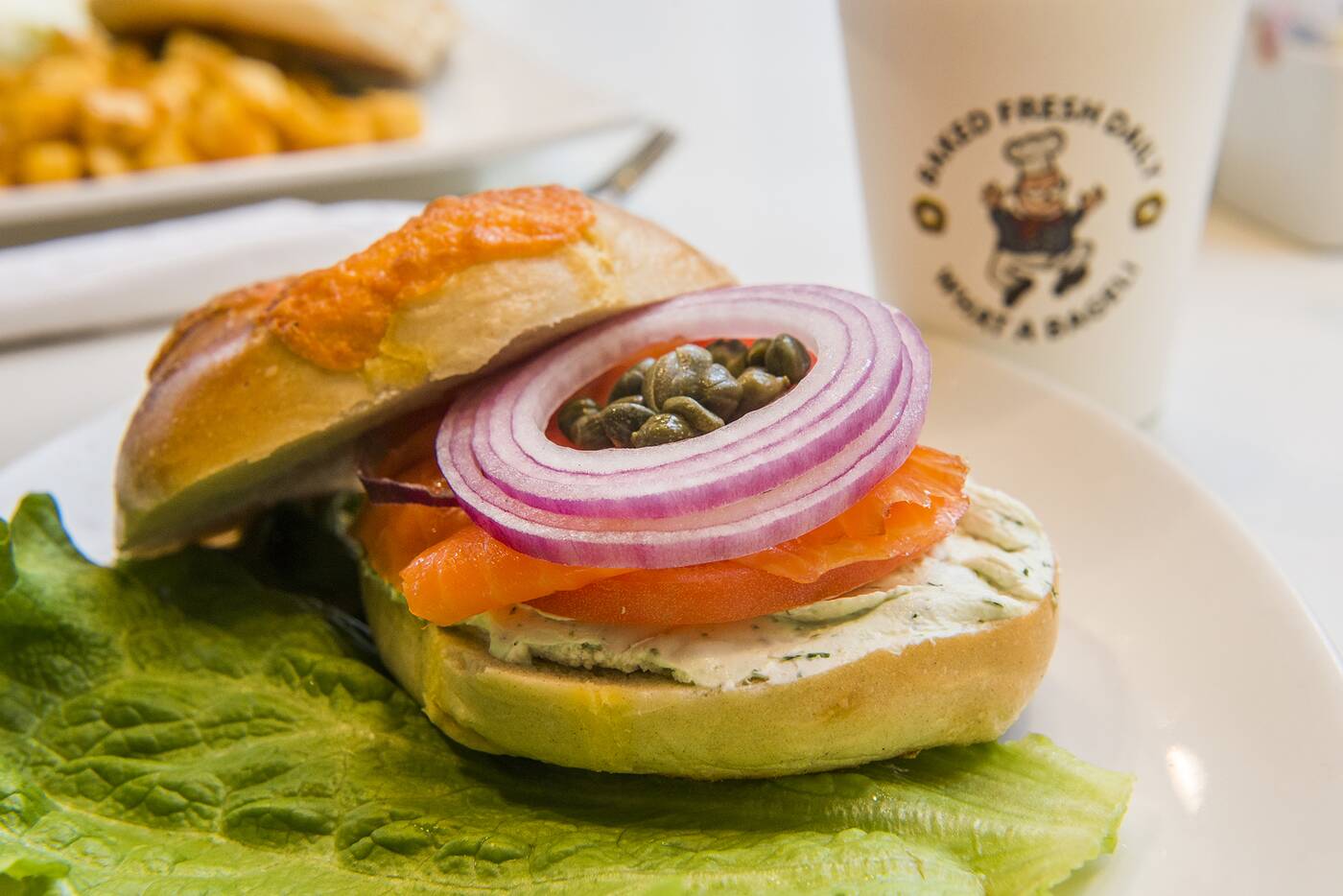 Cream cheese and lox is a match made in heaven at What A Bagel. Photo by Hector Vasquez.

Roncesvalles Village has this little bagel corner owned by the maker of Penny Candy jam, with a butcher paper menu of rotating bagel sandwiches, including vegan options.

The beloved Jewish restaurant in North York has been in business for over 100 years. Among their massive menu are a number of bagel sandwiches. Complete the meal with a pea soup.

Salmon is actually cold-smoked in house at this minimalist St. Clair West cafe, served on bagels with your choice of schmear and veggies. 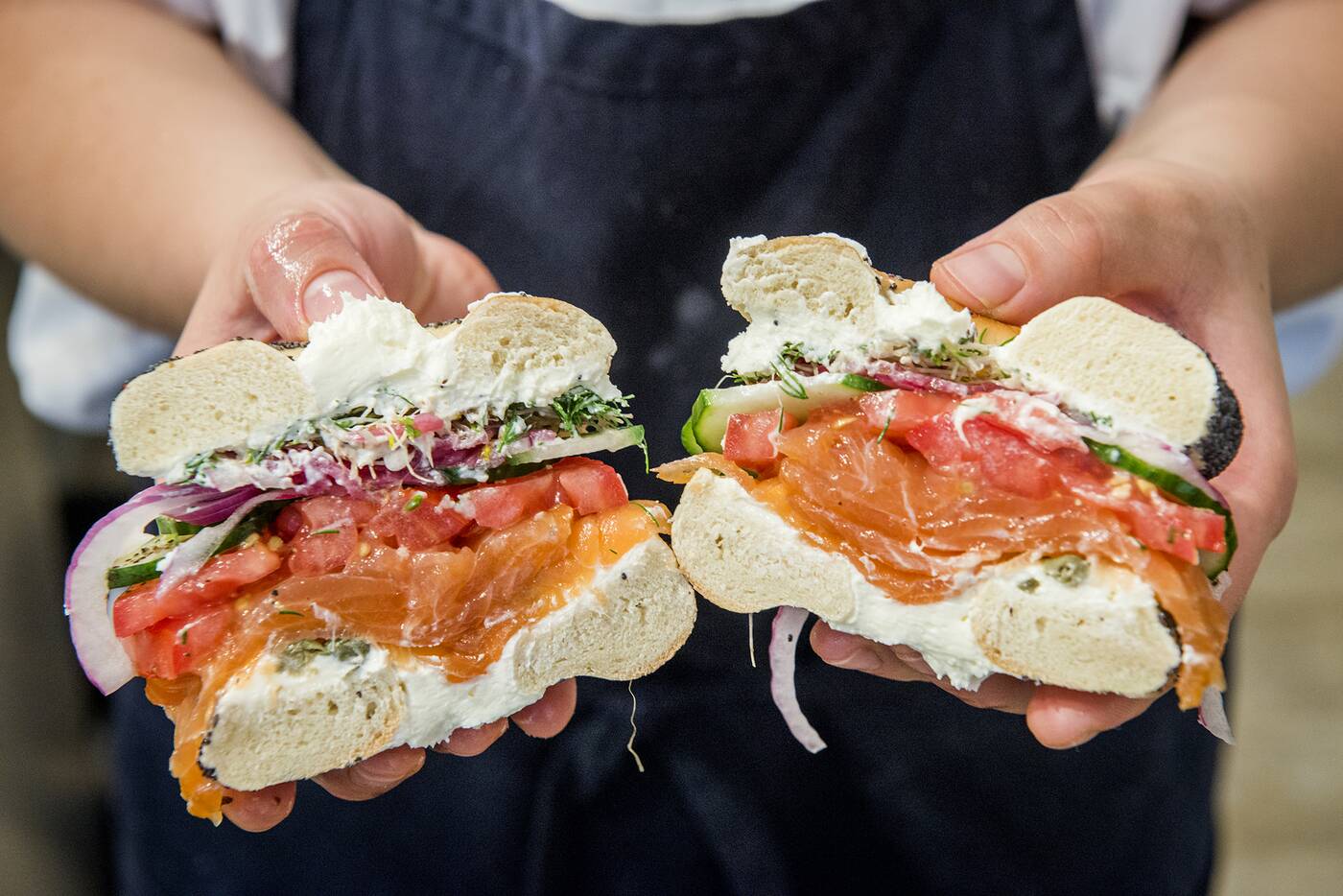 Lox + Schmear doesn't mess around when it comes to bagel sandwiches. Photo by Hector Vasquez.

This Danforth spot bakes their own Montreal style bagels in real wood-burning ovens throughout the day for the foundation of their sandwiches. 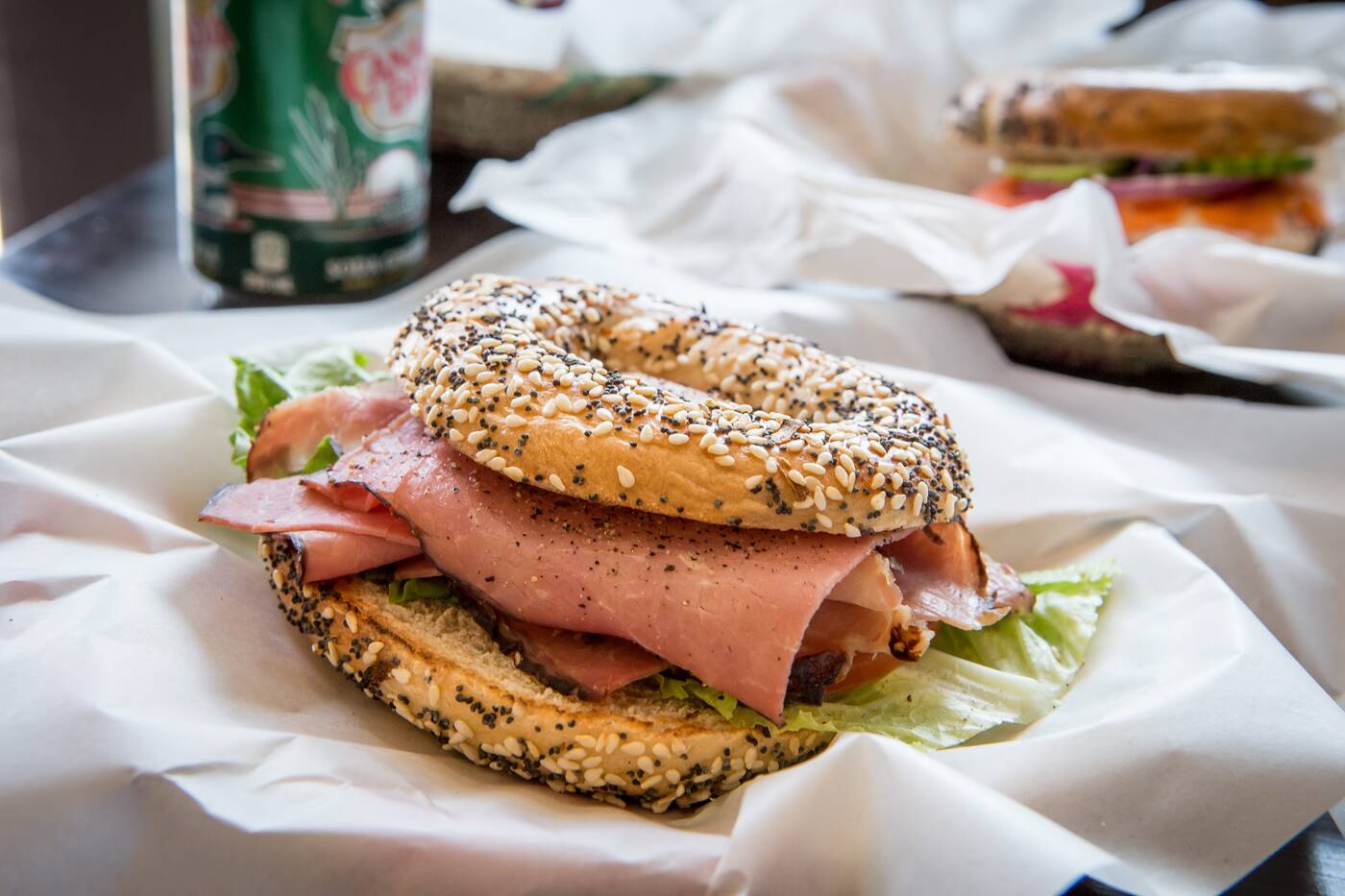 Load your bagel up with meat at Bagel Time. Photo by Jesse Milns.

Multiple locations of this bagel spot are reliable for build-your-own sandwiches. Opt for a twister-style bagel and you won't be disappointed.

It's all about hand rolled, malt boiled Toronto-style bagels at this Oakwood Village spot. Build your own bagel with a variety of spreads, fish like beet-citrus lox, and free add-ons including tomato, capers, onion and cucumber. 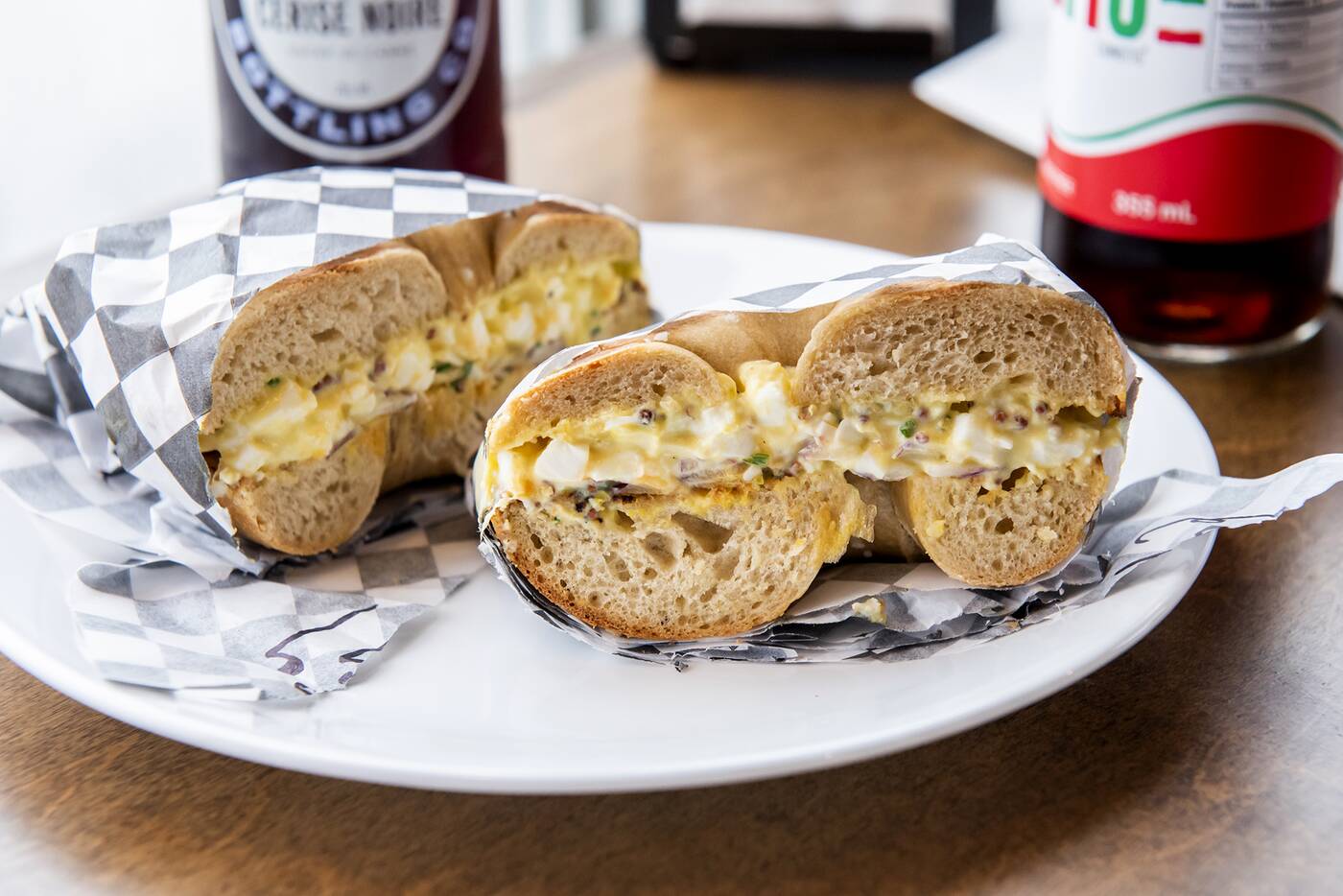 The sandwich possibilites are endless at Primrose Bagel. Photo by Hector Vasquez.

Wood oven bagels are rolled in tons of seeds, slathered in cream cheese and loaded with other ingredients at multiple locations of this sandwich spot.

The St. Lawrence Market stand is cranking out fresh bagels for all your sandwich needs. Order one up and select from the various spreads. Finish it off with tomatoes, cucumbers, onions and capers.

Bagels are stored on wooden dowels at this Kensington Market spot and made into melty bacon, egg and cheese sandwiches. 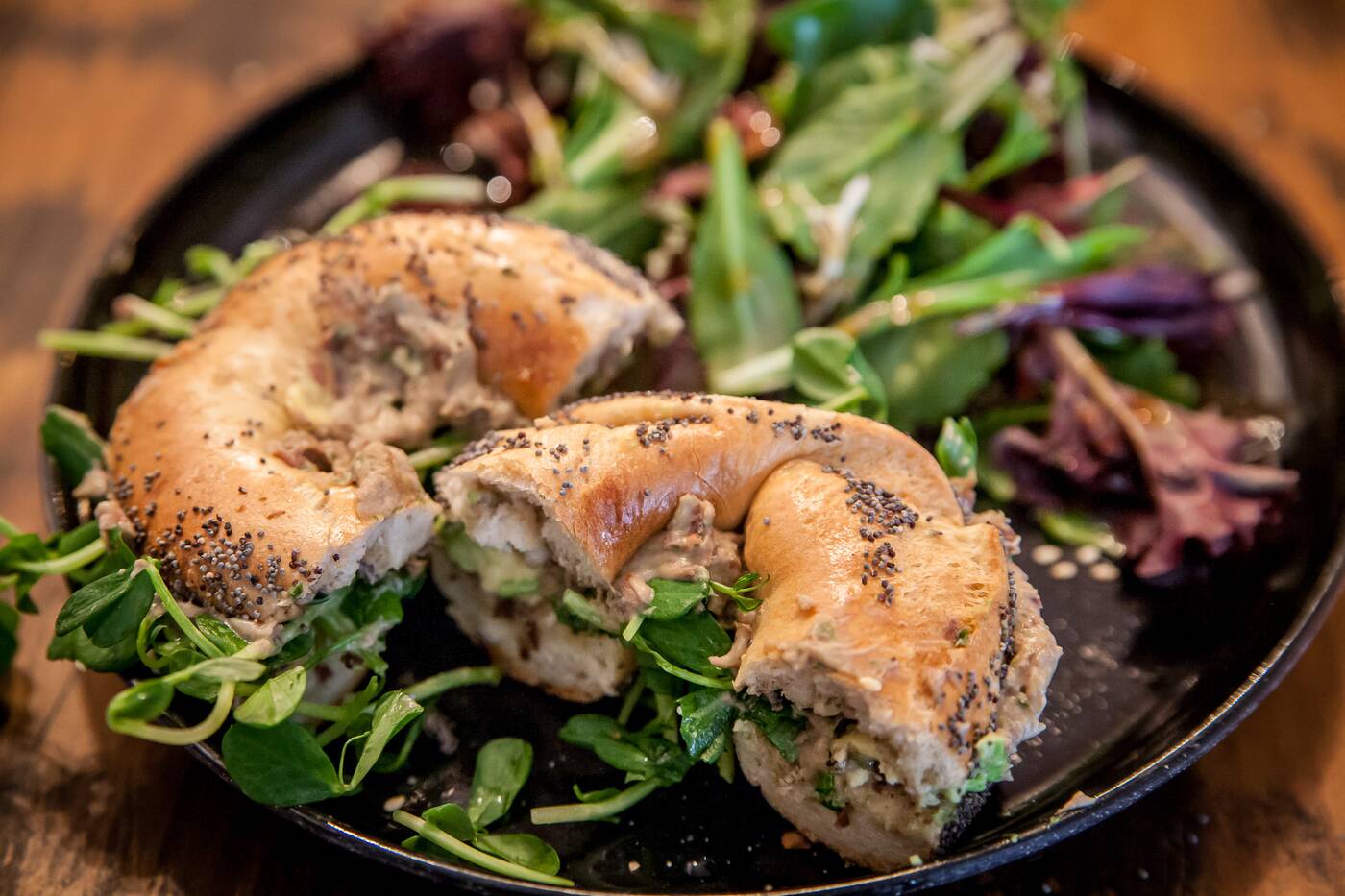 Every bite of a sandwich at Nu Bugel is a delight. Photo by Jesse Milns.

This Danforth and Queen West spot bakes their own Montreal style bagels in real wood-burning ovens throughout the day for the foundation of their sandwiches.

Discover fresh New York-style bagels at this enitrely Kosher North York spot on Bathurst. Get your bagels dressed with all the classics like egg, tuna and cream cheese.

The top 15 bagel sandwiches in Toronto