Kiva's Bagel Bar has many of the same familiar foods as the original Kiva's Restaurant & Bakery , but is a little more trendy, a little further south, and a lot less Bubbie and Zadie. 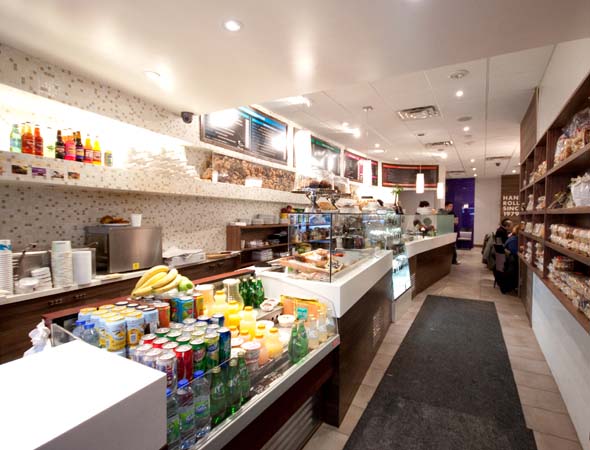 Not that Kiva's up at Steeles and Bathurst isn't a good time. I've spent many a family-filled Sunday brunch trying to negotiate a table from a group of lively octogenarians debating the cost of oil or what have you. But the new Kiva's Bagel Bar, which opened two months ago on St. Clair just west of Yonge, offers more of a straightforward dining experience. 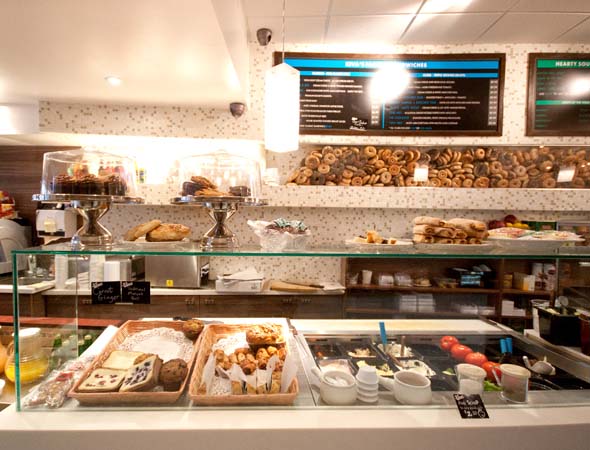 "Since we do a lot of catering, we wanted to find a space further south," owner Ben Rafael tells me, sporting a "Get Your Bagel On" black tee. "It's hard to deliver from all the way up at Steeles, but here we have a big double basement, as well as central visibility." 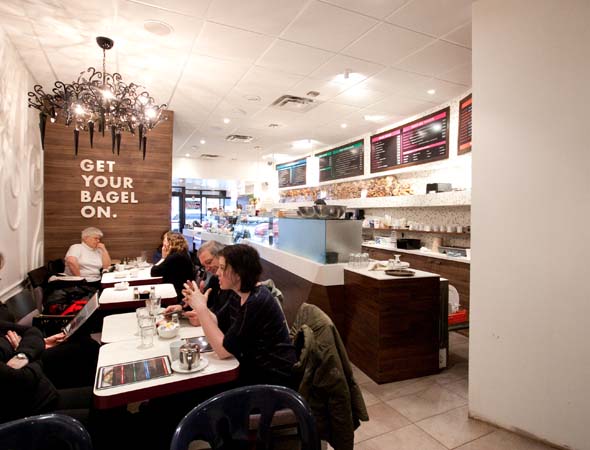 The original Kiva's Bakery was opened by in 1979 by "Kiva, who was a master baker," Rafael says. He was also a gambler, and when he lost everything in a card game, his partner, Al Sugar, bought out his debt. But despite the changing of hands over the years, the recipes remain the same. "We use no additives, no chemicals, and do everything the old fashioned way." 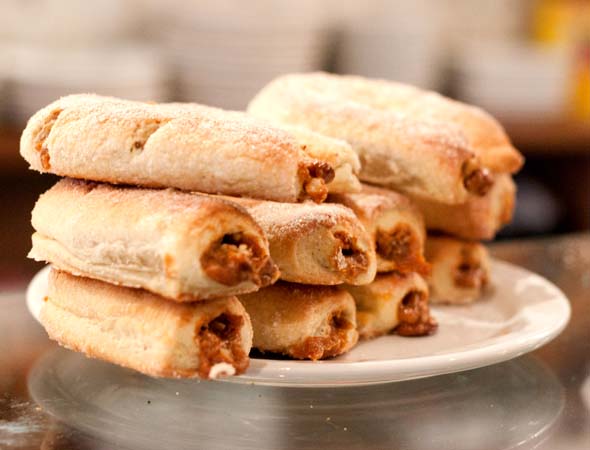 That includes hand-rolling and kettle-boiling its signature bagels, which are fairly large, crispy on the outside and soft and chewy inside. For me, Kiva's has always been about its tuna on a bagel ($6.99), which is just as fresh and comforting now as it was back when I was a kid. 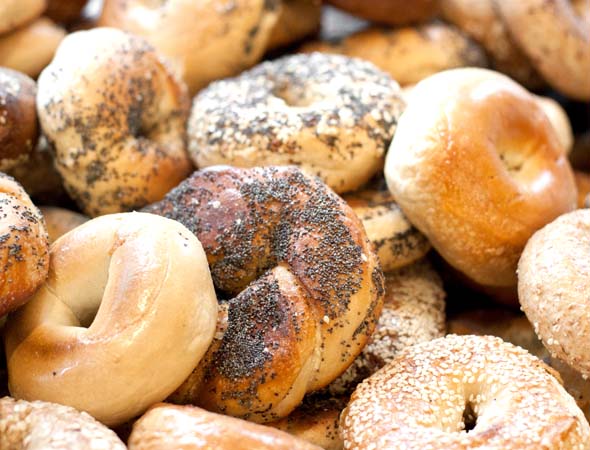 Kiva's Bagel Bar has a sandwich bar for you to build your egg salad ($4.99) or roast beef ($7.99) sandwich, as well as a salad bar, soups, and lots of fresh baked treats such as rugalah ($9.99) and danishes ($2.75). In the summertime, Rafael plans to keep the front window open and set up a bar and stools where customers can enjoy coffee, freshly-made juices and bagels.

For now, there's a fair amount of indoor seating, but alas, without the familiar whine of ill-adjusted hearing aids. 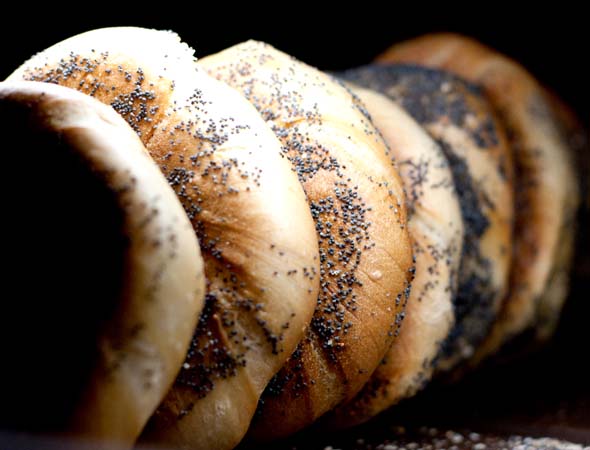 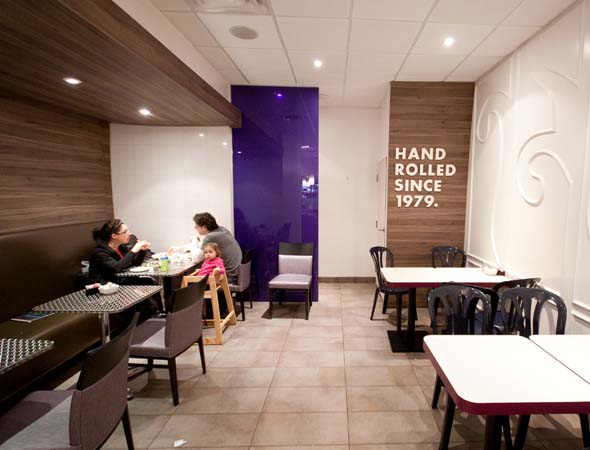 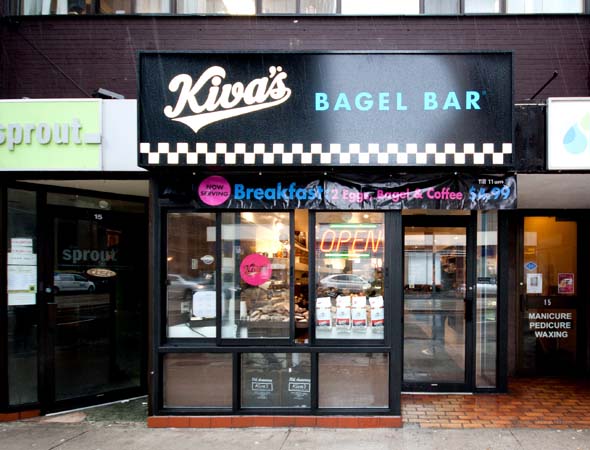