The top 30 brunch in Toronto by neighbourhood

Brunch in Toronto is all about quality eats and plentiful portions served in spaces that make you want to sit back, relax and contemplate plans for the weekend.

Here are my picks for the top places to eat brunch in Toronto by neighbourhood.

Rose and Sons consistently serves up the best brunch around, Jewish deli style. Don't miss their cheesecake pancakes, and if you're feeling extra peckish pig out on brisket. 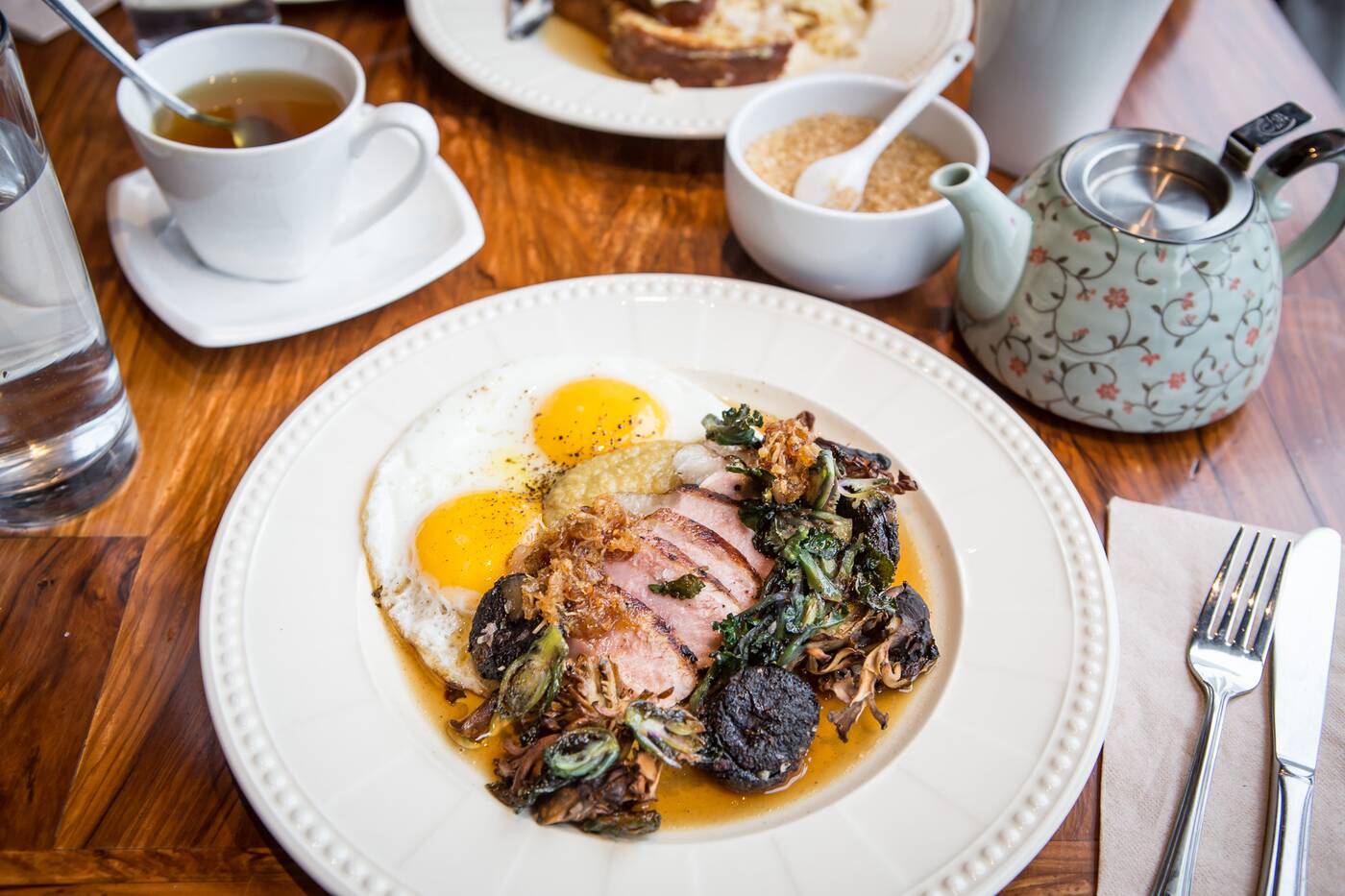 Cafe Fiorentina on the Danforth does an elvated brunch and fresh pastries. Photo by Jesse Milns

Fresh baked bread and duck eggs are staples at Cafe Fiorentina, a brunch spot renowned for their quiche, panini and French toast.

Some of the best eggs benny in Toronto can secretly be found in the east side at Hollandaise Diner.

The only thing better than the Eggs Benedict with mushroom tarragon cream at The Federal might be the grilled cheese with pickled red onion, chimichurri and house ketchup.

Huevos Gourmet whips up some of Toronto's best huevos rancheros and also does mimosa specials like blueberry mint lavender.

Cafe Cancan has a lock on pretty brunch with dusty pink walls and a menu of champagne, lobster, and eclairs.

A casual but bang-up brunch of beet-infused Caesars and off-the-wall eggs benny can be had at Dirty Food. Don't sleep on the waffles either.

Farmhouse Tavern is so inviting, a round of Top Chef was even judged there recently. Mainstays are the eggs benny and Caesars garnished with oysters. 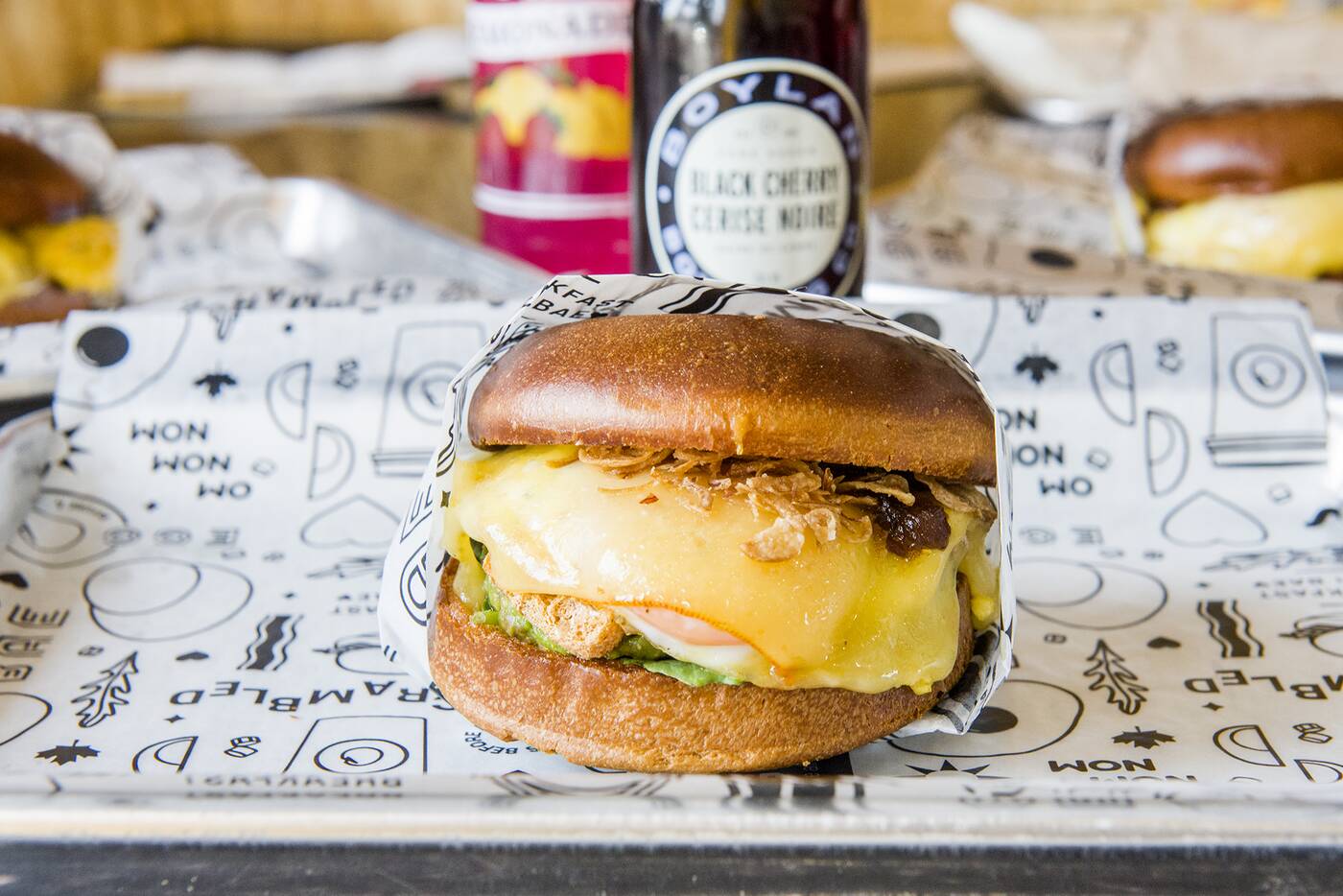 Egg Bae in Kensington Market is all about the egg sandwiches. Photo by Hector Vasquez

The humble breakfast sammy is put on a pedestal at Egg Bae. Made with house-baked egg brioche buns, my personal fave is topped with smoked salmon and potato chips.

The city's lightest and most traditional Belgian waffles can be found at Le Petit Déjeuner, partially because they're made using actual Belgian waffle irons. Their Eggs Benedict is also a straight up classic.

Beast covers all the brunch bases with breakfast poutine made with gnocchi and wild game meats, superb French toast and dynamite huevos rancheros.

When you think of all-day breakfast, you think of Lady Marmalade and their A.M. Poutine with miso gravy or hollandaise and options for toppings like pulled pork or poached eggs.

The thickest and puffiest pancakes topped with blackberries and blueberries, or a real scoop of apple crumble, are at School, but my go-to would have to be the cheesy bacon French toast.

If a sandwich stuffed with an outrageous amount of chicken is your idea of the perfect brunch, head to Egyptian spot Maha's. More traditional brunch fare is the grilled cheese or shakshuka. 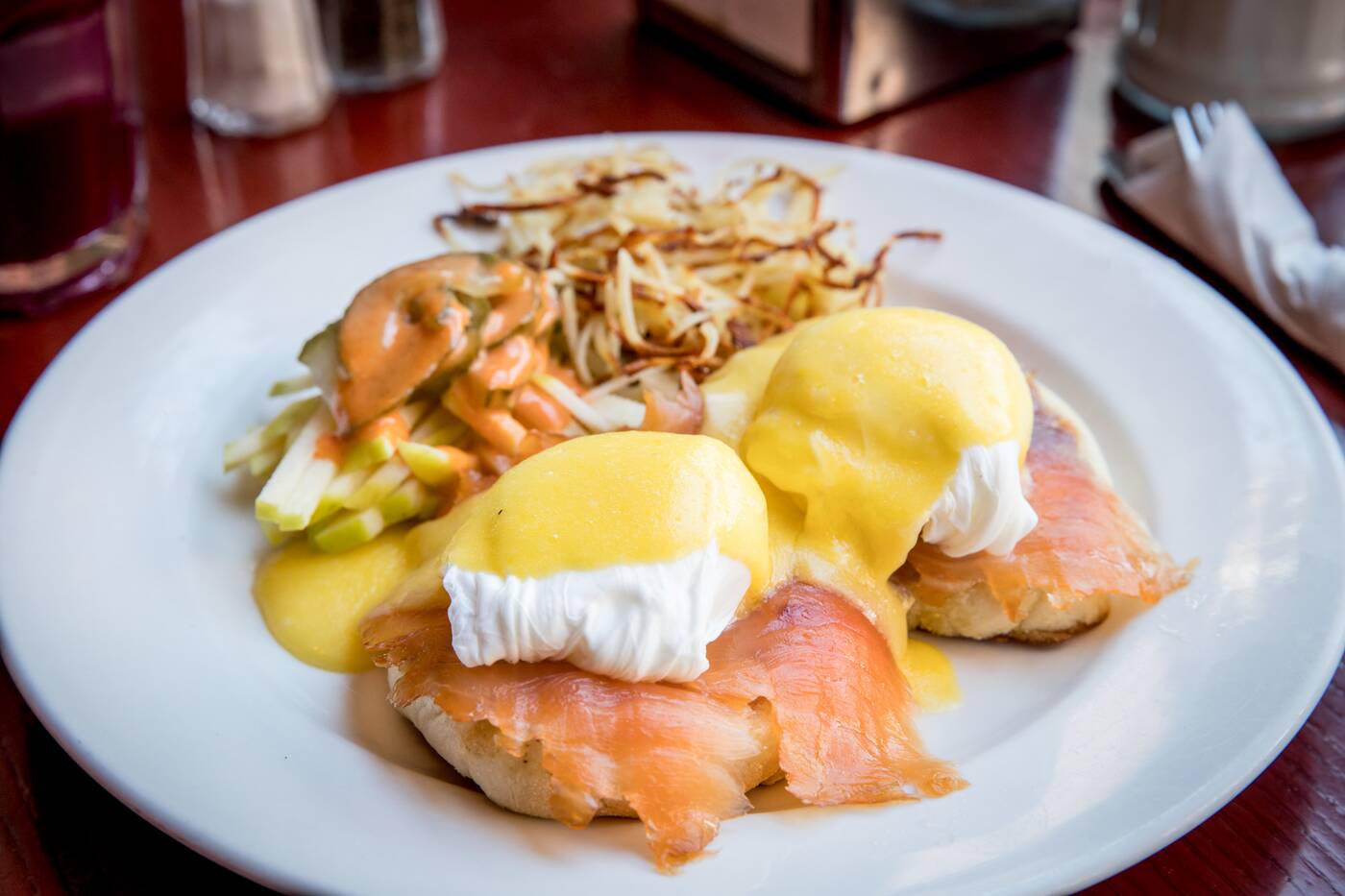 Le Petit Déjeuner on King East is the place for waffles and egg bennies. Photo by Jesse Milns

BLT lovers can head to Aunties and Uncles to get their fix from the kitschy joint that's been around for 20 years.

Easy Breakfast is one of the best places in town for morning eats all day long and they do a surprisingly tasty huevos rancheros, too.

Cafe Landwer is an Israeli brunch spot that does shakshuka and yummy rugelach.

You can always rely on Bonjour Brioche for classy brunches of quiche, croissants, tourtiere and of course, brioche.

Mitzi’s Cafe is famous for their round little house sausages and pancake specials like salted caramel and toasted pecan buttermilk or banana coffee cream and almond crumble.

Time stands still at Amazing Ted's where you can still get iconic meat-and-eggs breakfast specials like the "222" with pancakes, three eggs and choice of meat. Too bad time doesn't really stand still though, because most breakfasts are a dollar off before 11.

Emma's Country Kitchen takes it in pretty much every category no matter what you're hungry for, with some of the city's best donuts, granola, eggs benny, pancakes and quiche. 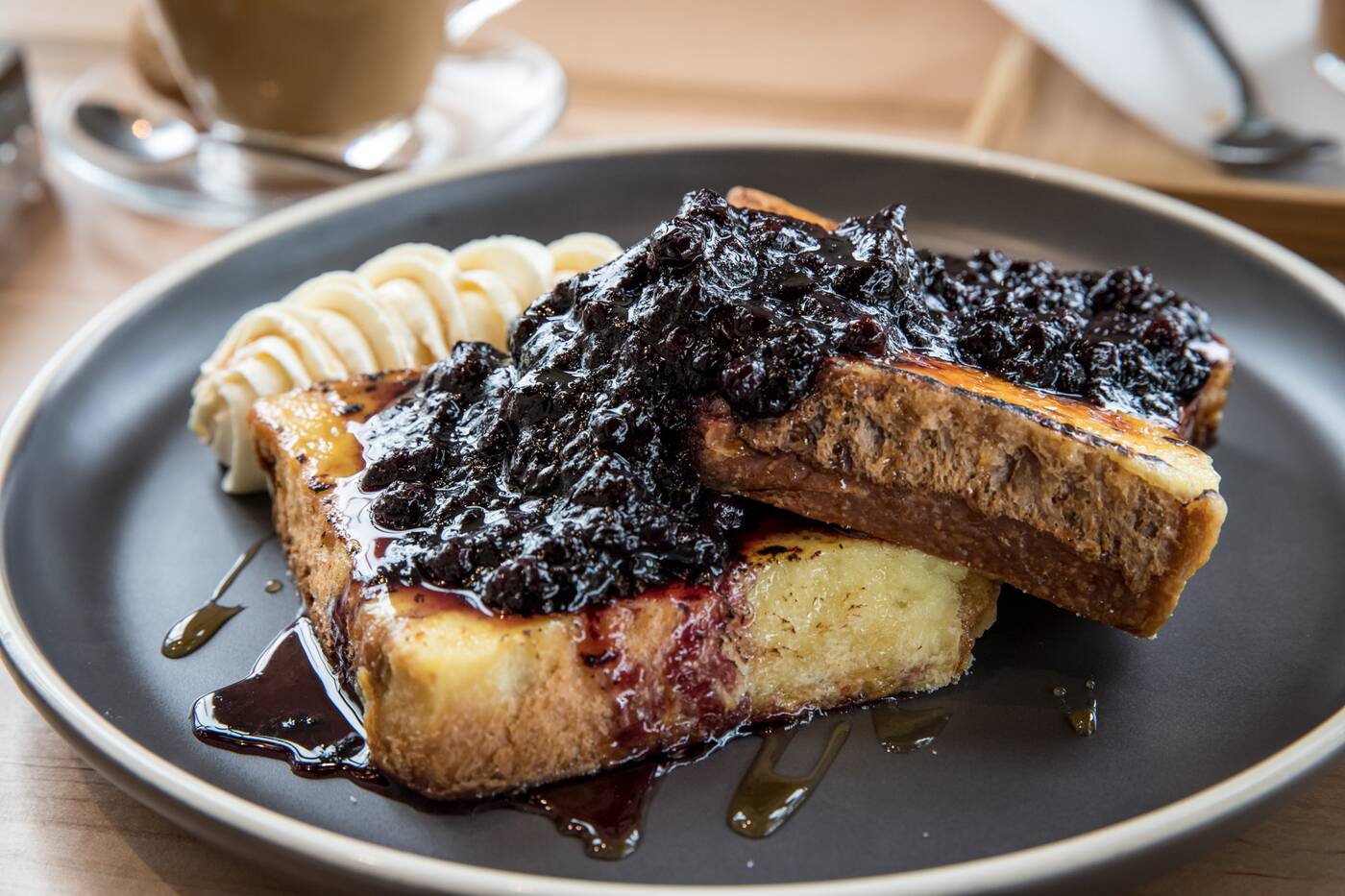 Sweet A La Mode in the Stockyards District does an indulgent creme brulee French toast. Photo by Jesse Milns

Homemade breakfasts of oatmeal, granola, Greek yogurt and egg dishes are made with carefully sourced ingredients at Cafe Neon.

Thanks to Bud Light Radler for sponsoring this post.

50 essential restaurants in Scarborough you need to try

Toronto restaurant closing early until next year due to COVID-19

100 essential restaurants in Toronto to try before you die

The 12 oldest diners in Toronto