Easy Breakfast is currently open but their offerings and services may be affected due to the pandemic. Please contact the business directly for more information about any changes. Is this your business? Please contact us if you would like to update this message.

Easy Breakfast takes its name and the font used for its sign from the movie Easy Rider.

Open since 1999, they proudly serve some of the best all-day breakfast and huevos rancheros in the city. 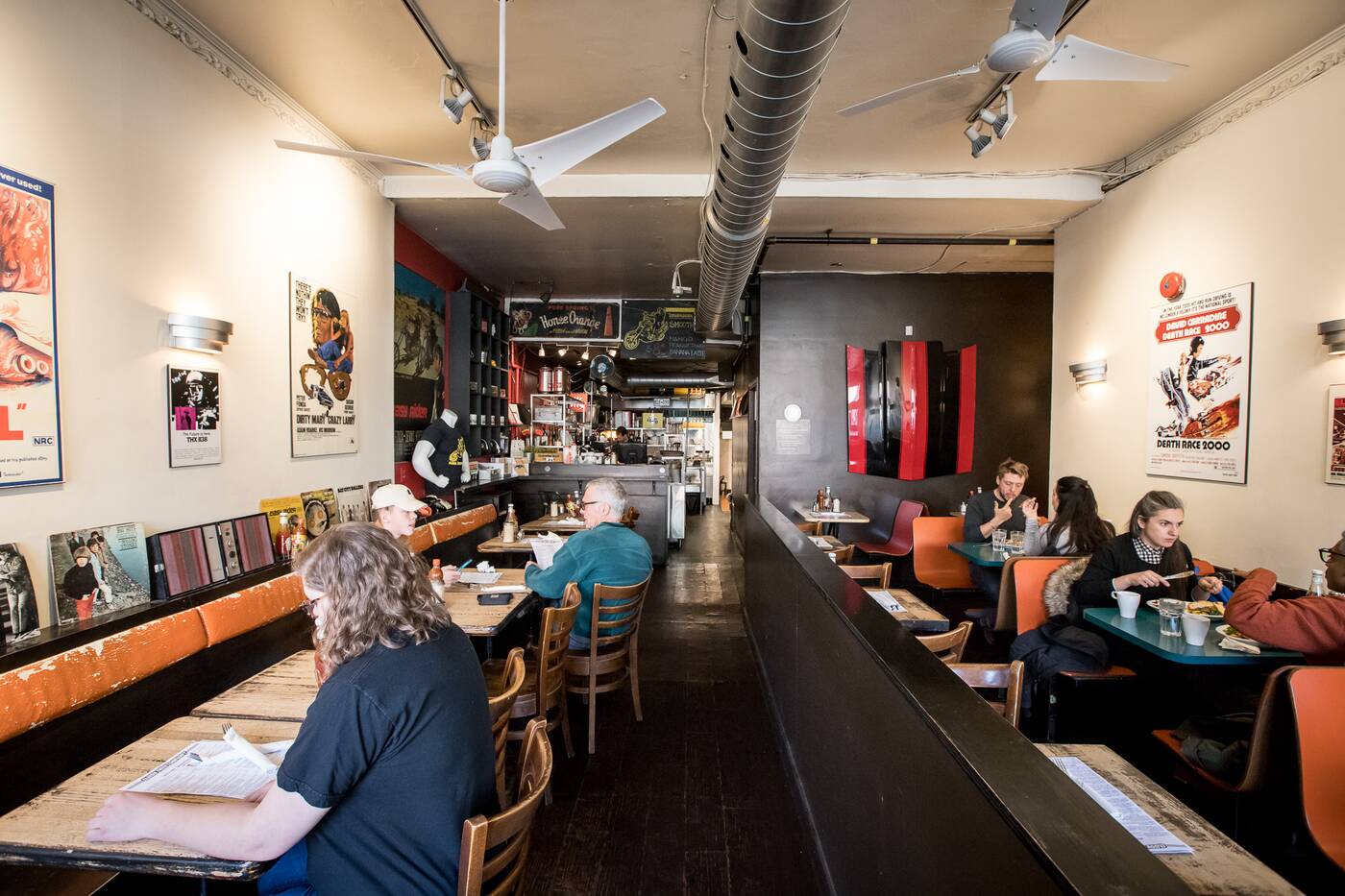 The space itself is oddly bisected: don’t search for seating on the King West side around the corner where the intersection splits off, the actual 46-seat restaurant area is found at the western end of Queen.

The other space is used solely as prep and office space. There also used to be a College location of Easy. 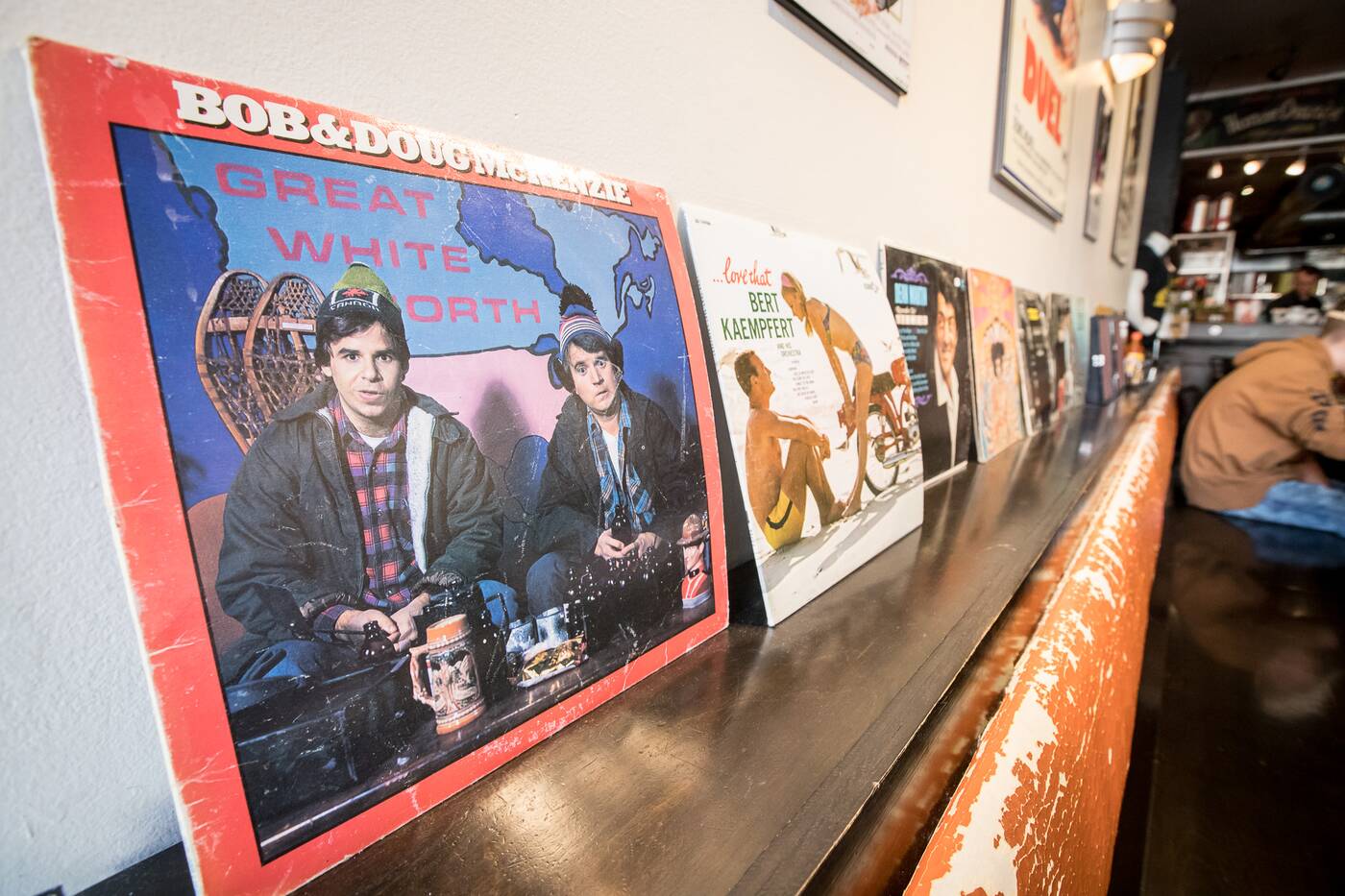 Easy-going Motown and funk music pipes softly through the sound system, the space decorated with retro movie posters and even the hood of a ’69 Camaro.

Huevos Divorciados ($14.95) are a house specialty, a classic riff on huevos rancheros so named because each sunny egg gets a separate mildly spicy red or green salsa blanketing it. All eggs are free range from local Mennonite farms. 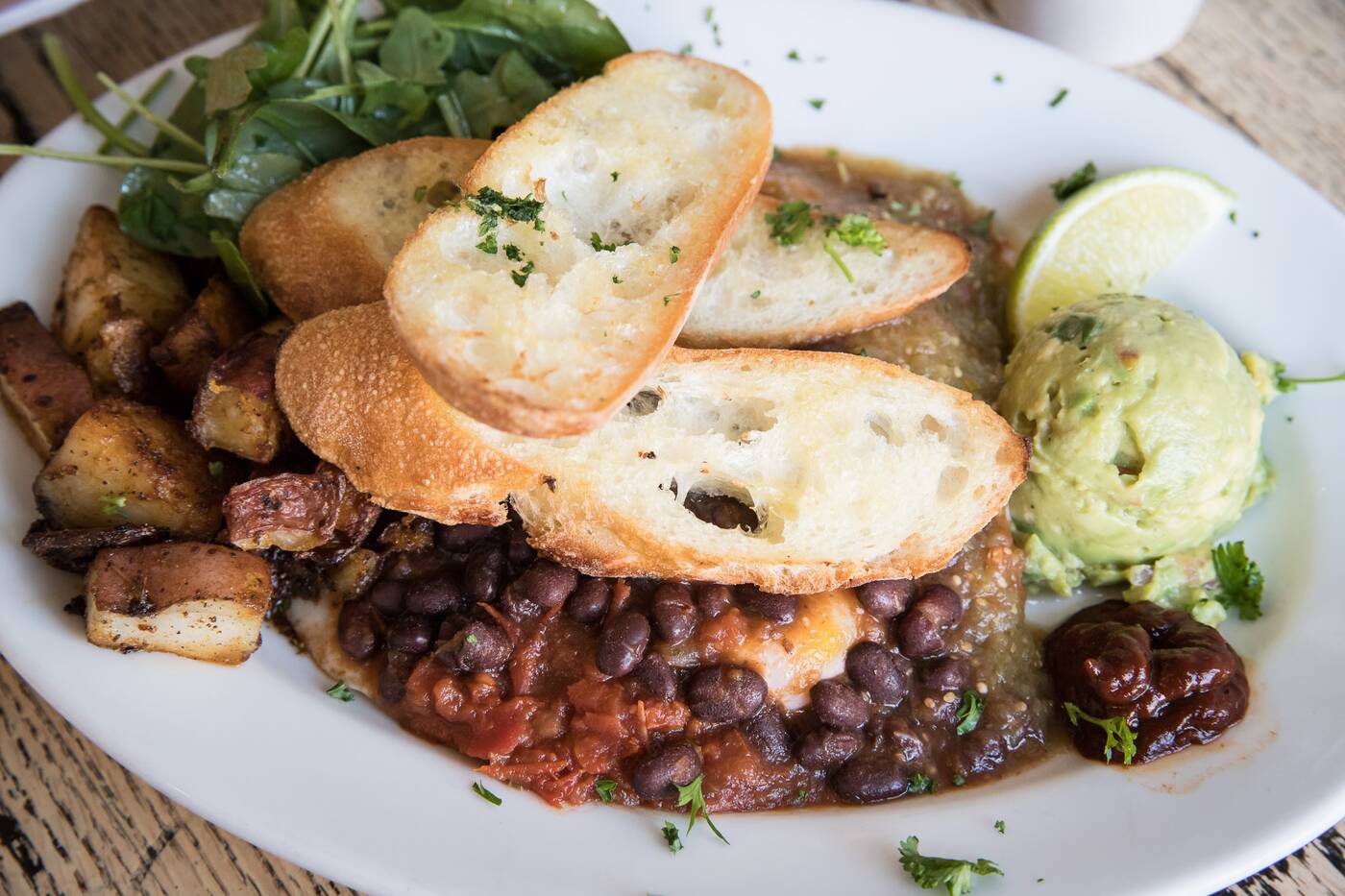 With homefries and greens on the side, this dish can even be made vegan by subbing in a mushroom mix for eggs at no extra cost. 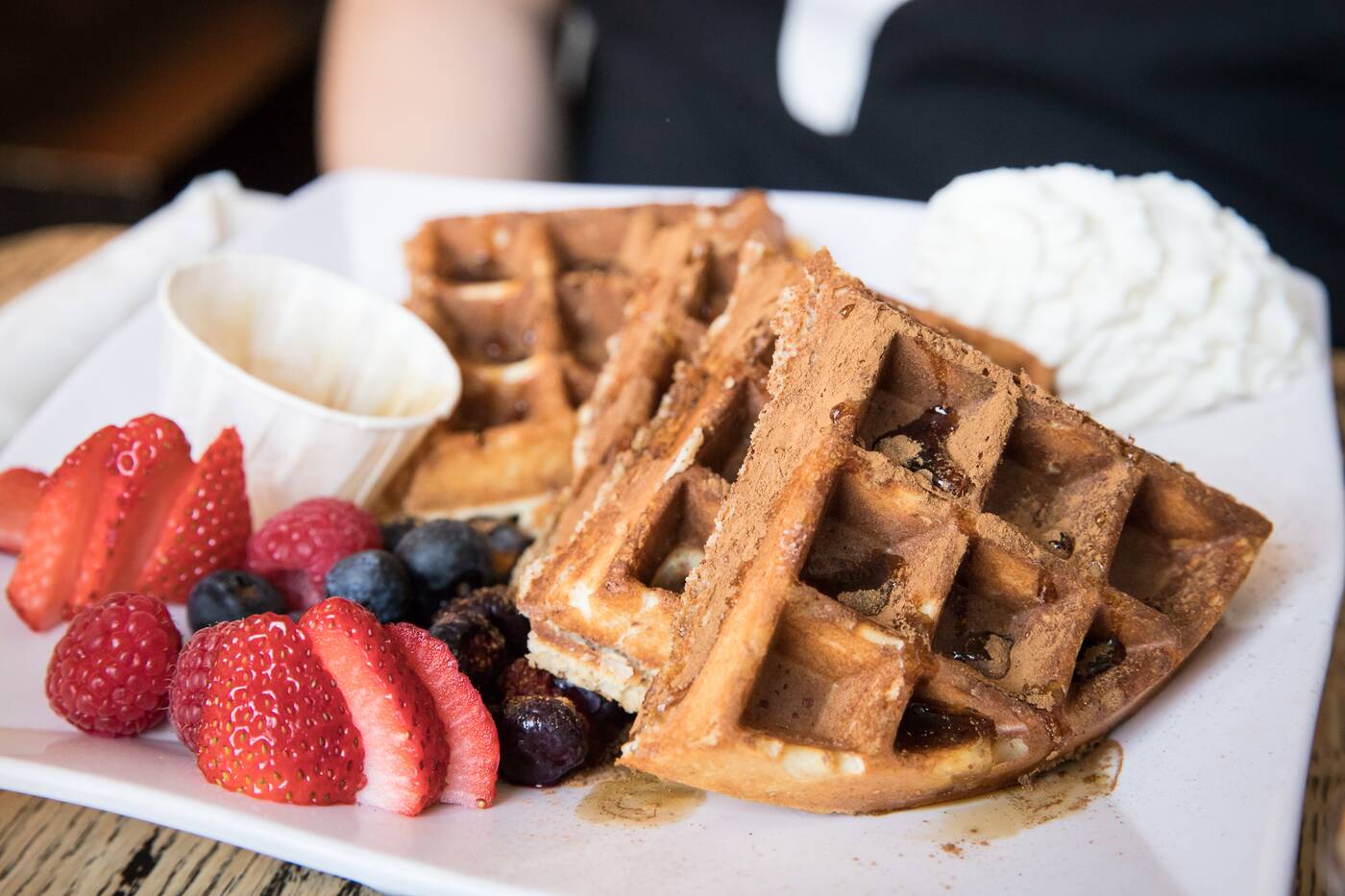 Belgian waffles ($13.95) are actually gluten-free, made with almond flour, white and brown rice flour, and tapioca starch. You could definitely get away without ever telling anyone that, though, as they’re quite fluffy with a crispy exterior, no different from you average regular waffle.

Maple syrup from Bracebridge, Ontario has a very pure burnt sugar sweetness, combining nicely with what at first seemed like an overly heavy dusting of cinnamon, berries and whipped cream on the side. 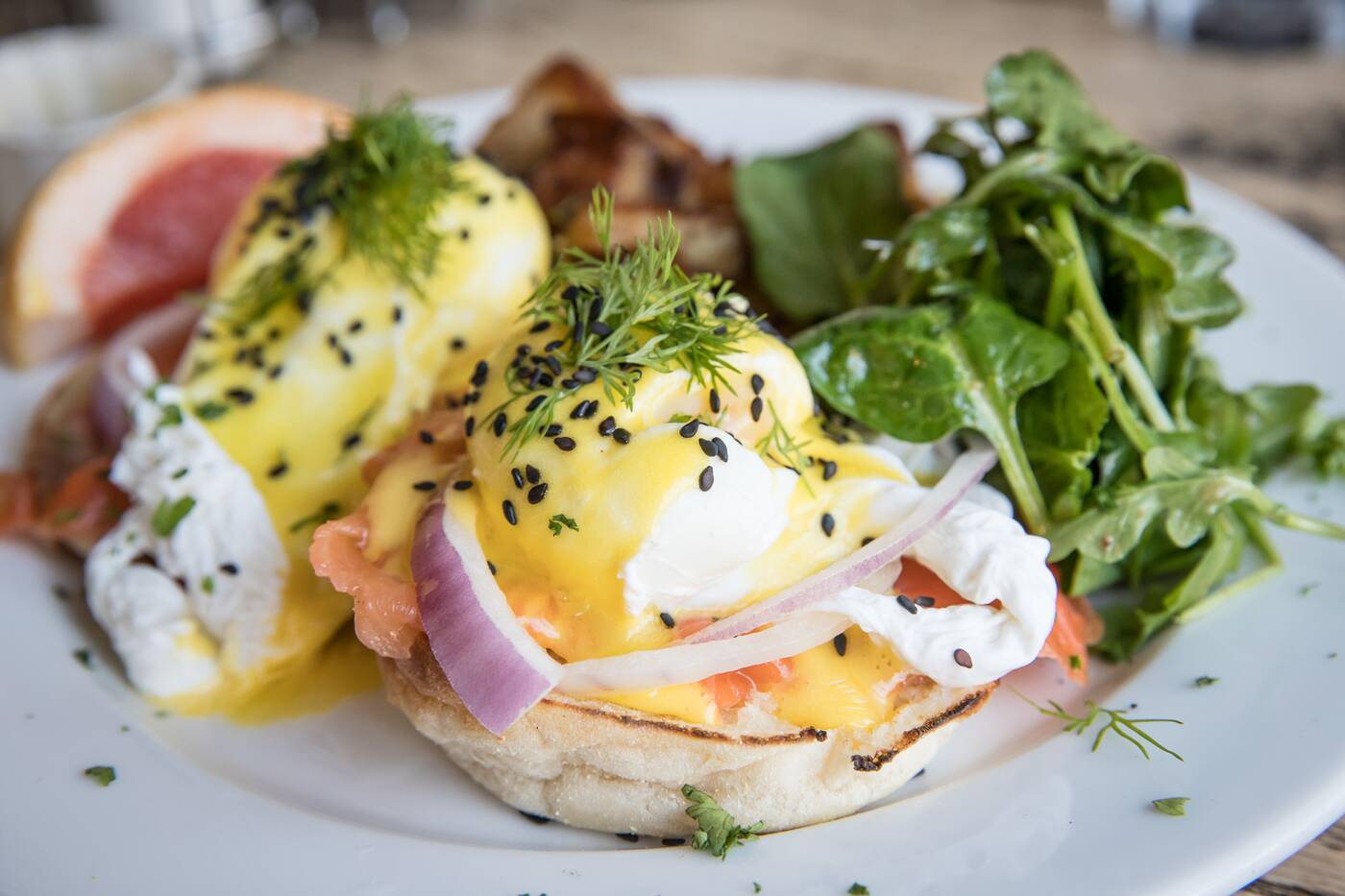 West Coast Toast ($16.95) is a sort of roundabout name for a salmon benny, though this signature version is masterfully composed with red onion and dill complementing the usual poached eggs and hollandaise on English muffins.

At one point apparently the black sesame they’re now sprinkled with was once caviar. Still totally addictive without it, you can even get an order of three “eggs Westy” for $19.95. 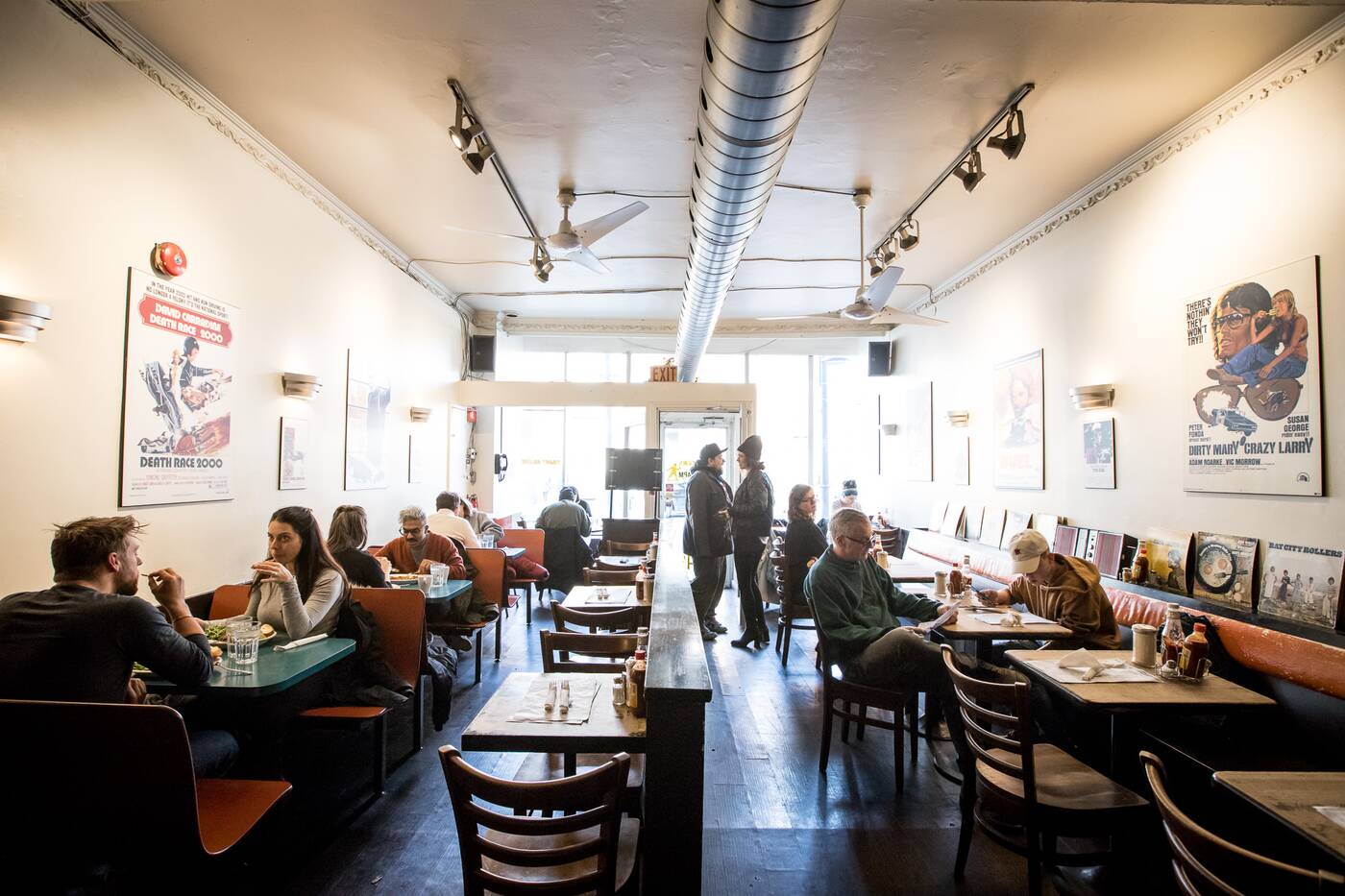 Owner Peter Morrison’s personal trips to Mexico are the inspiration for many of the Latin-American influenced dishes that mingle with more typical brunch fare on the menu here. 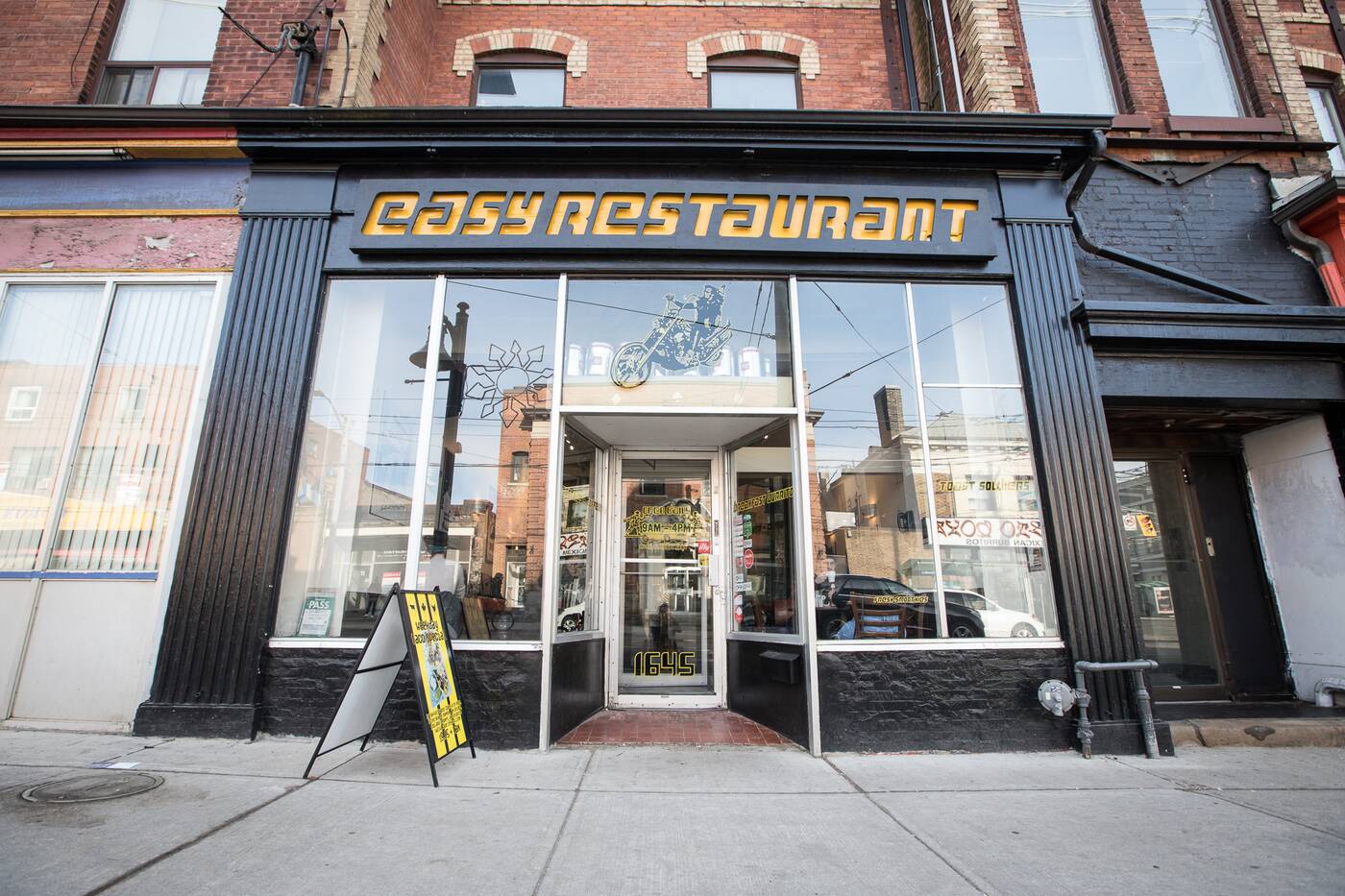 The Best All-Day Breakfast in Toronto

By The Way Cafe