The Homeway has been a North Toronto staple for more than half a century. At the corner of Erskine and Mt. Pleasant, the restaurant is hardly recognizable to our group who all attended high school just a block away. The space was completely gutted in 2006, now barely resembling our memory of the former greasy spoon relic. 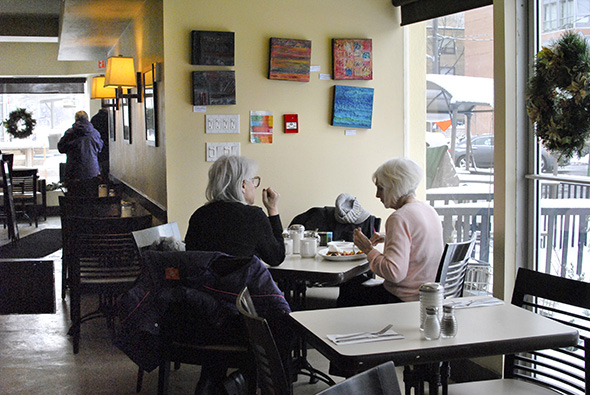 Showing up just before noon on a Thursday, we nearly had our pick of tables. Passing the small bar with high top seats and open kitchen, we found our spot under some unevenly hung canvases, showcasing a local artist. 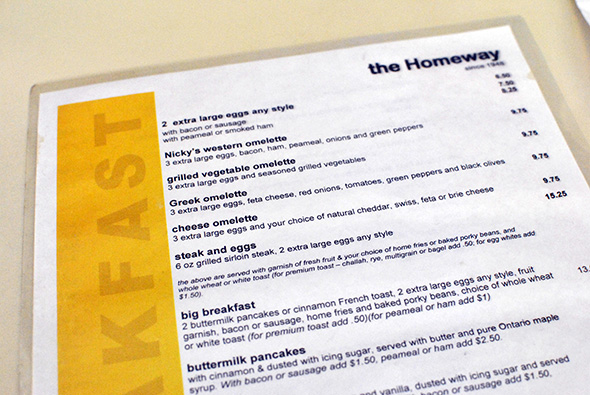 Despite the updated digs the menu remains true to our memory, now re-branded as "upscale comfort food". The waitress patiently answered our questions and helped us deliberate our tough lunch decisions. 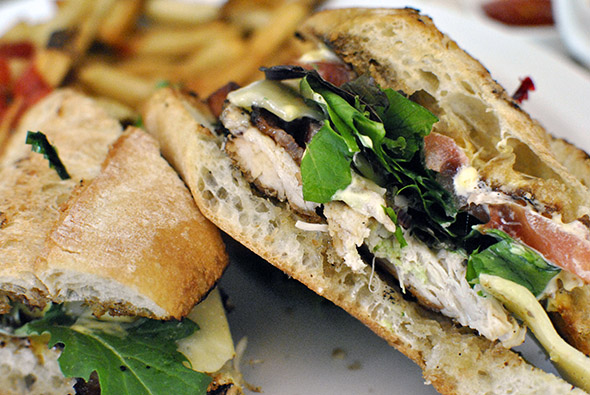 The "not-so traditional club" ($12) was the recommended option amongst the sandwiches. A well-seasoned and still juicy chicken breast was served between a half-baguette with double smoked bacon, Swiss cheese and the usual club trimmings. Served with fresh-cut fries, this hearty sandwich was deserving of its recommendation. 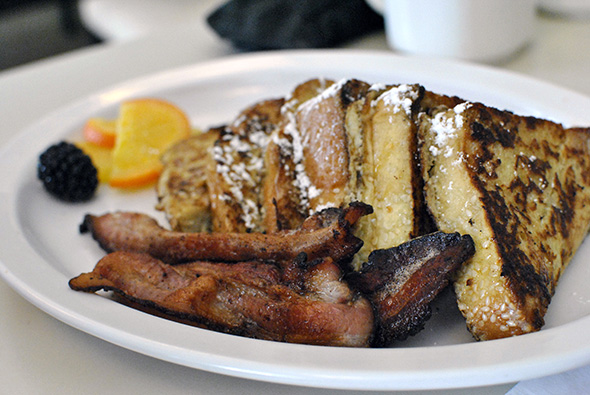 We were disappointed by the French Toast ($10), made with three pieces of fresh challah and served with four pieces of charred bacon. A healthy dousing of table-syrup was needed to give this bland dish much flavour.

There was no lack of flavour for the Eggs Madeline ($12.95). Two poached eggs with a healthy portion of smoked salmon, sat atop a warm English muffin. Their buttery, homemade Hollandaise was matched well by the smoked flavour of the fish. Along with some extremely greasy homefries, this meal sat heavy in the stomach. 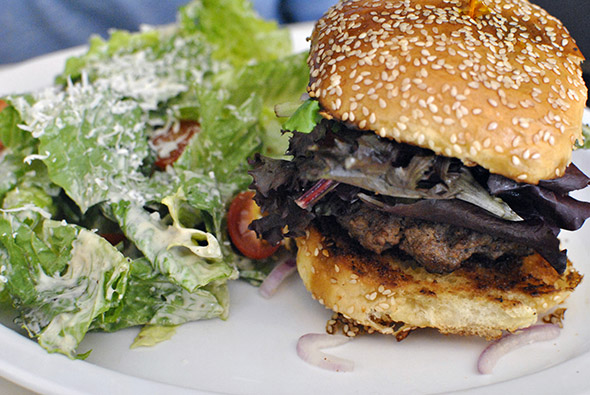 Their burger ($11) tasted like an old throwback from The Homeway's former self. The homemade patty was topped two inches high with just the classic condiments. Opting for the side Caesar (additional $1.50) we were taken aback by the overpowering anchovy flavour. 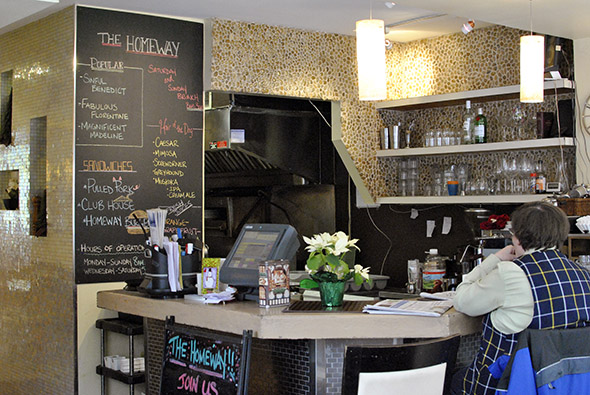 The Homeway remains a neighborhood hangout; many regulars (on a first name basis with the waitress) along with a few couples and young families filled the restaurant by the time we settled up. 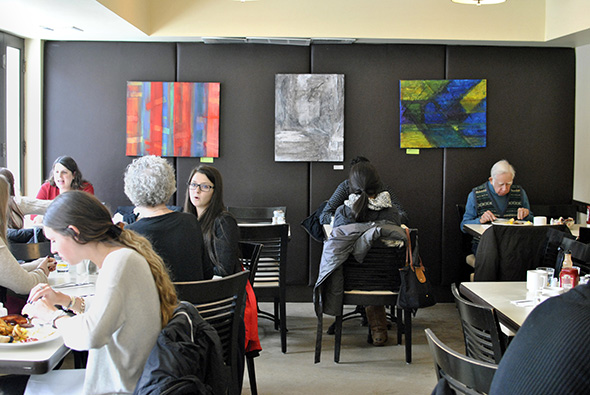 Despite a nice dose of nostalgia, we likely won't go out of our way to make a return trip. However, for those in the Mt. Pleasant and Eglinton area who haven't already been, The Homeway is certainly a decent option for breakfast or brunch. 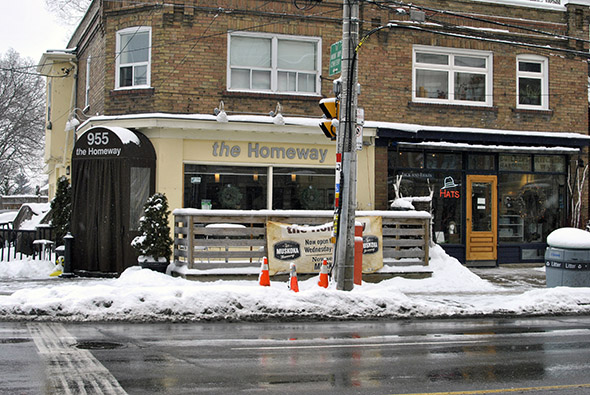