10 places to eat latkes in Toronto

Places to eat latkes in Toronto are plentiful. Popular bakeries, delis and brunch spots all over the city serve up the delicious potato pancake fried to perfection. Whether you want to top it with apple sauce or sour cream, these joints will satisfy all cravings for the Hannukah staple.

Here are my picks for the tastiest places to find latkes in Toronto.

If you're looking for latkes the size of your head, this Thornhill deli will not disappoint. These huge morsels are served in two different ways, potato or vegetable, and make the perfect side dish for their smoked meat sandwiches.

This Annex bagel shop is also a great source of potato latkes. Get them on their own or opt for their limited time latke double down loaded with cream cheese and lox.

Hot, crispy, greasy latkes don't get much better than the ones found at this Little Italy restaurant. Each order comes with six fried potato and onion pancakes and is served with sour cream and apple sauce for dipping.

The iconic North York delicatessen is serving up all the old favourites, including laktes. They're served two per order and accompanied by apple sauce and sour cream.

Lakes at this Jewish bakery in Thornhill are available around November and December for the holidays. While you're there don't pass up the chance to taste their Sufganiyot either. 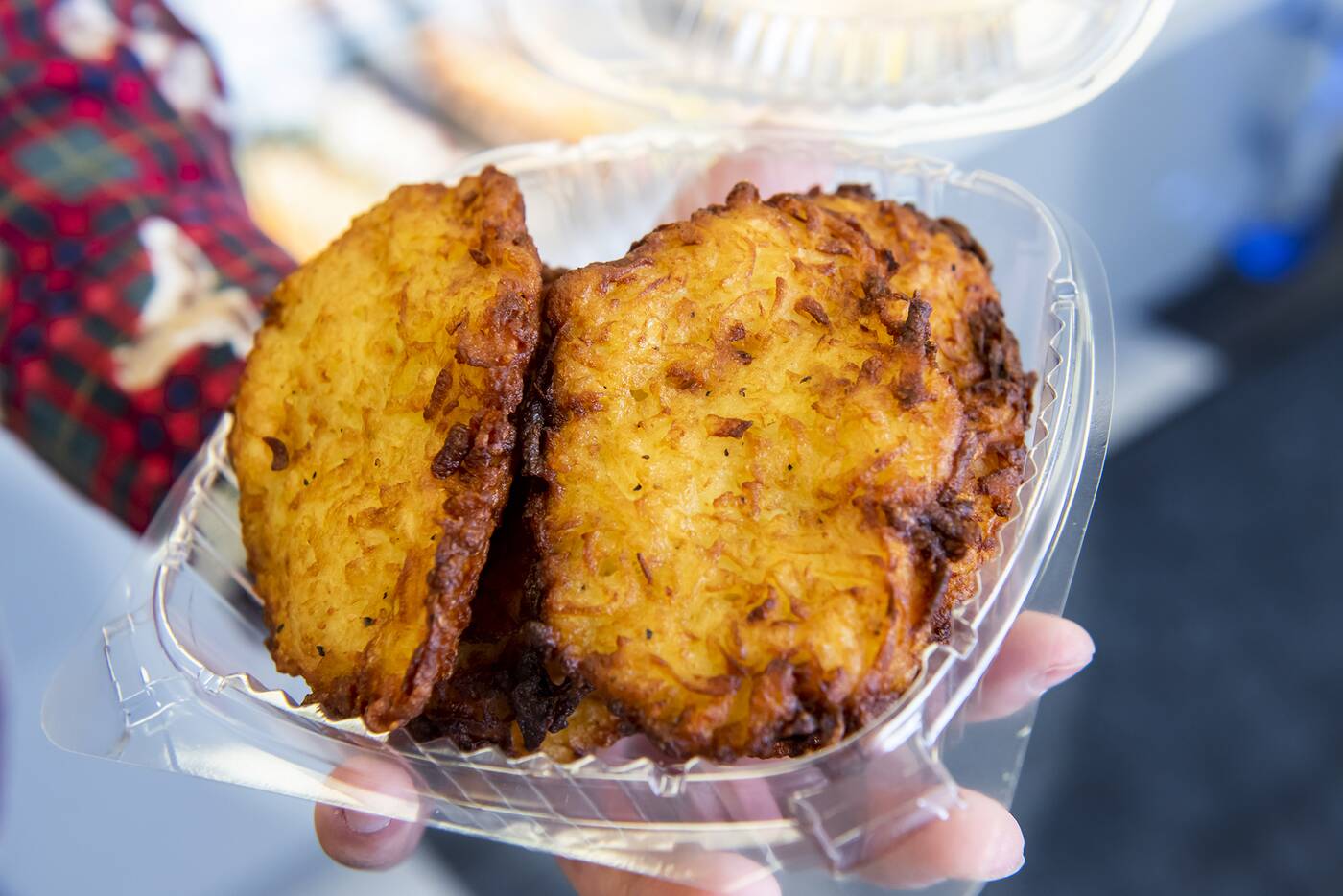 My Zaidy's Bakery has you covered when it comes to Hannukah staples. Photo by Hector Vasquez.

The Bloor West Village spot specializes in fresh homemade Eastern European desserts and comfort food items. One item you shouldn't pass up on is their latke with smoked salmon which is smothered in dill sauce.

The popular Toronto bagel chain is serving up a latkes in more ways than you could ever imagine. Get them as the base for your eggs benny or just straight up.

This North York deli is all about overstuffed smoked meat sandwiches, with the ultimate side dish — their golden fried latkes.

Discover this kosher bakery and grocery store on Bathurst just south of Lawrence Avenue. Special for Hannukah they're dishing out crispy potato latkes. If that's not enough to get you into the holiday spirit, they also do adorable driedel cookies.

It's not just bagels and spreads on offer at this Toronto chain. Find latkes among their snack offerings that will make the perfect side to your sandwich.

10 places to eat latkes in Toronto